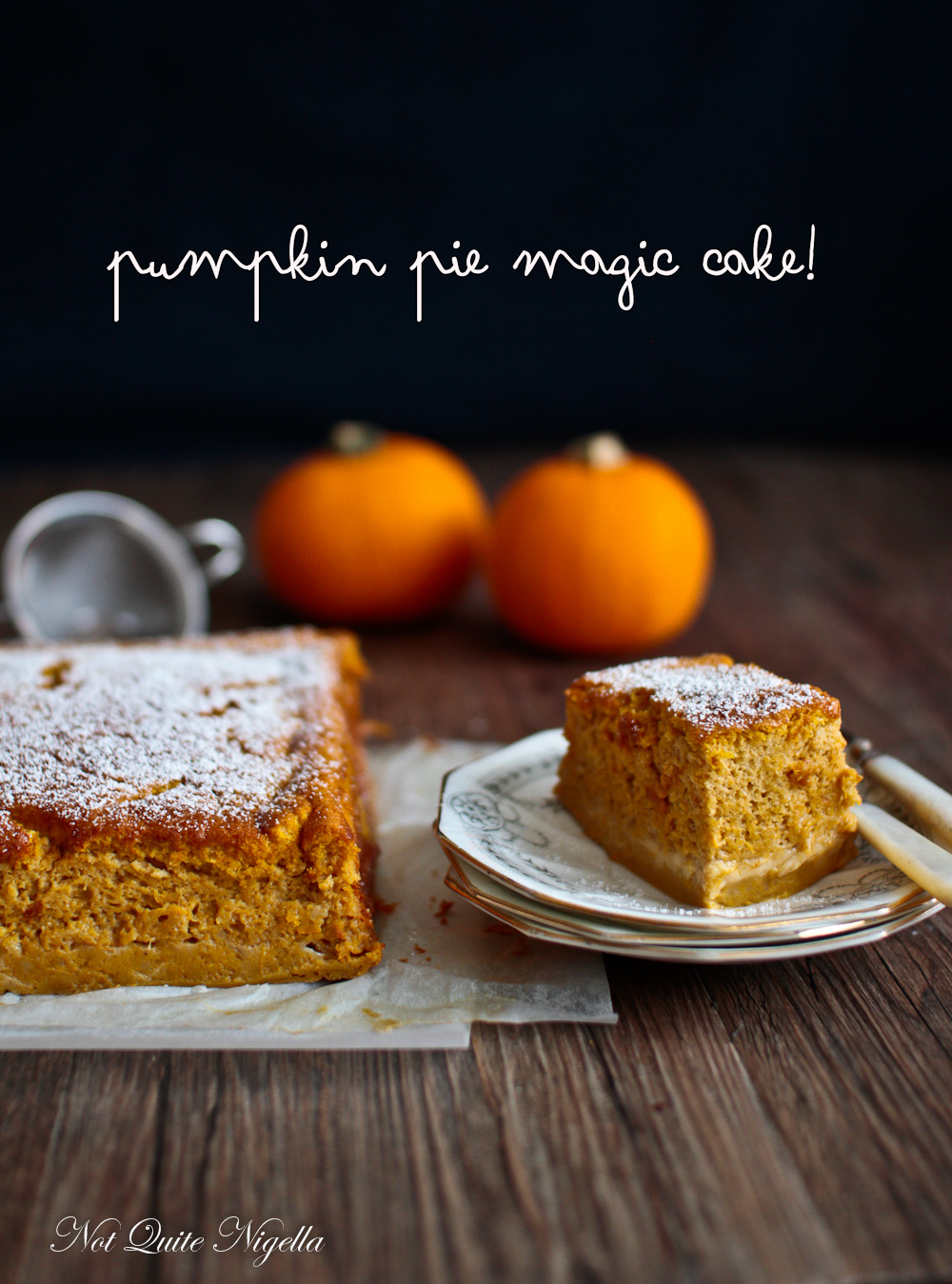 This cake has got to be seen to be believed. It's a magical two layer cake with a sponge top and a custard bottom. The magic occurs when the cake layers separate while baking. Even better this is the pumpkin pie version where the bottom custard layer tastes just like pumpkin pie!

The other morning I woke up with a stuffed up nose. Mr NQN had just walked back into the bedroom to get changed for work and I blew my nose loudly. I reached into the tissue box for another but found it empty. "Can you please get me a box of tissues?" I asked from under the comfort of the doona, unwilling to get out to scout out a box on my own.

"What about this box up here?" he said pointing to a new box of tissues that were sitting right next to the empty one. I looked at it confused and looked at him. I hadn’t opened a new box so there was really only one explanation…

“Oh my god! I’ve come from the future and put the box of tissues there!” I said because that was really the only explanation for why there was a fresh box of tissues next to the old one. It did cross my mind as to why if I had come from the future I had done something relatively meaningless - if I had any sense I’d have bought back information about what stocks and shares to buy. But I guess my mind and the future works in mysterious ways. And you know that I still completely believe in magic because some of the things that have happened to me are magical!

A Dear Reader sent me her recipe for a magic cake years ago. It sat on my "to make" list for the longest time until I decided that I needed to make it. The original recipe was for a vanilla magic cake but as I had a surfeit of pumpkin from Halloween I decided to make a hybrid of a pumpkin pie and magic cake. 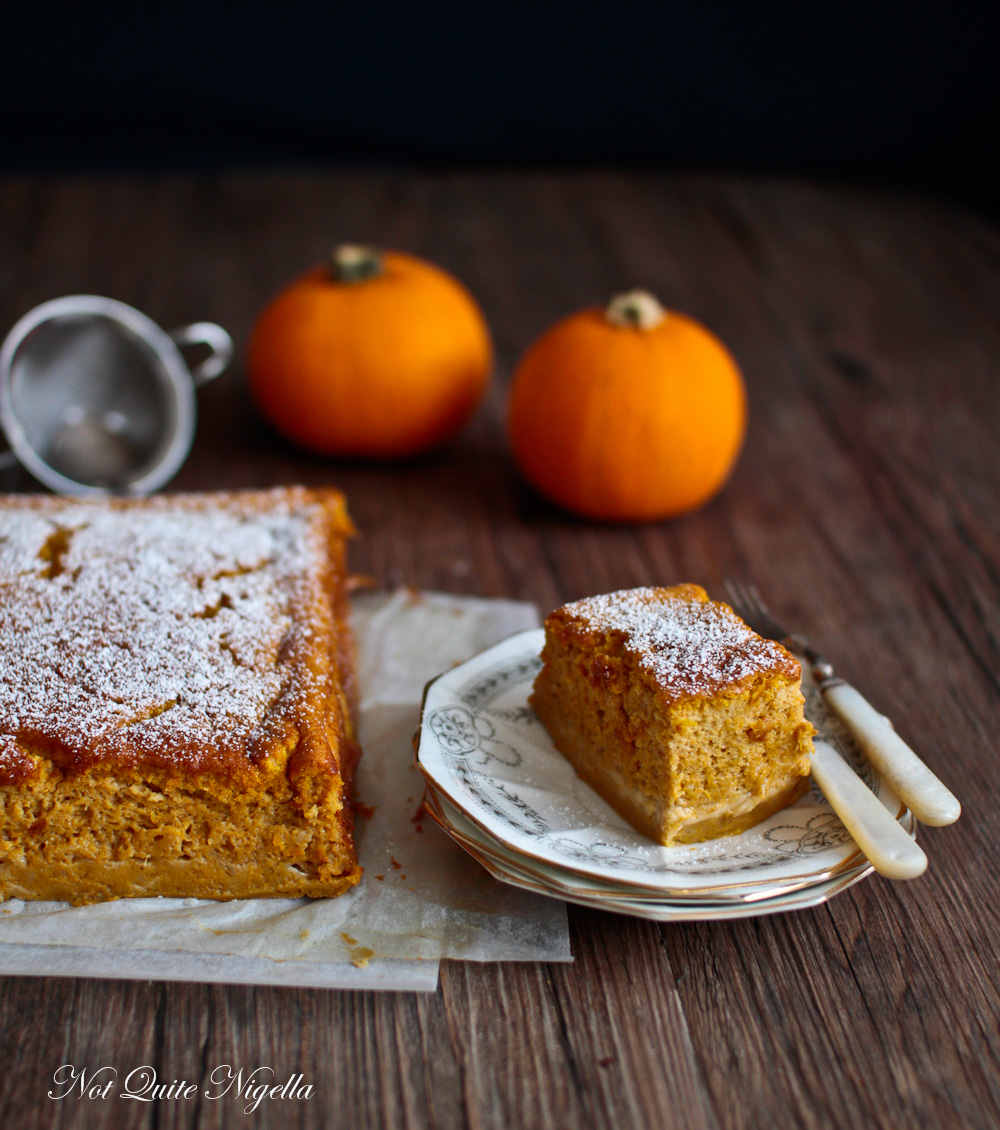 The reason why this cake is called a Magic Cake is because it has two layers in it: a cake sponge layer and a custard layer. This all happens by magic with the one batter and the custard and sponge separates to form a dual layered cake. I thought back to when I used to make pumpkin pies for the Southern restaurant so many years ago. Pumpkin pie was my favourite to eat along with the pecan pie because it smelled so good baking. But I didn't realise that the custard is really a massive doppelganger for pumpkin pie filling. And if you're looking for a Thanksgiving recipe with a twist, this may be it.

I looked back to my pumpkin pie recipe and subbed and added ingredients to make this as close to a pumpkin pie. And when I could smell it baking I knew that it was going to at least resemble it. But once I cut into it and had a mouthful, it was just like it! See, magic! How else could you explain it?

So tell me Dear Reader, if you could come from the future what would you do or say? Do you have a long list of things to make or do you tend to make them straight away? American readers, are you making something special for Thanksgiving this year? I know we don't celebrate it in Australia but I'll use any excuse to bake ;)

Step 1 - Preheat oven to 160C/320F and line the base and sides of a 20x20cm/8x8inch square tin. Whisk the egg whites with the cream of tartar until stiff. Scoop out and place in a clean bowl. Using the same mixing bowl, whisk the egg yolks and brown sugar until paler in colour. Add the vanilla, cinnamon, nutmeg and pumpkin and whisk for 30 seconds until combined. Add the melted butter and whisk for 1 minute. Add flour and mix on slow to incorporate. Then add the evaporated milk in slowly to the mixture mixing. 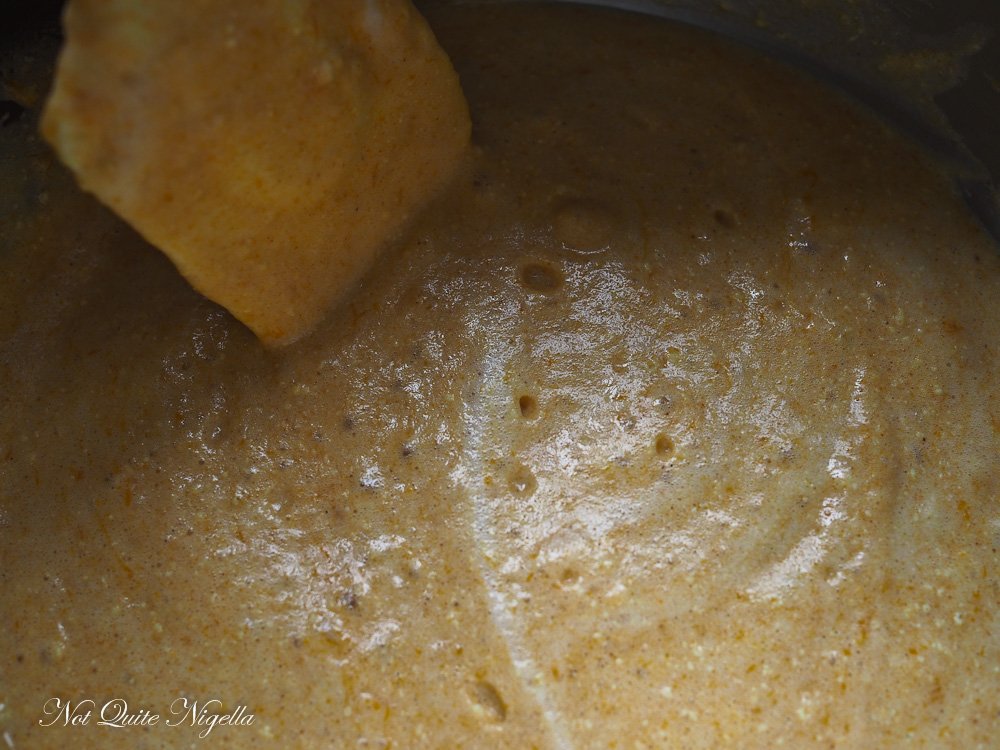 Step 2 - Add the egg whites in three lots folding in after each addition so that there are no white streaks or clouds of white. Pour into the prepared tin and bake for 60-70 minutes (until the centre of the cake is no longer wobbling). Cool completely. Serve with icing sugar on top. 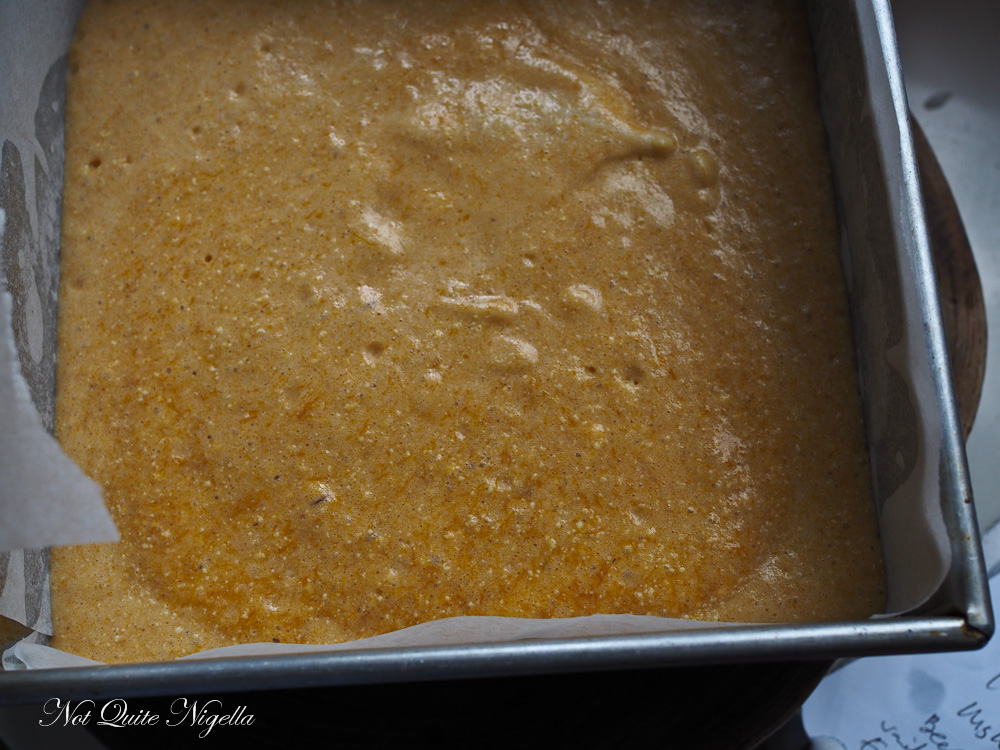