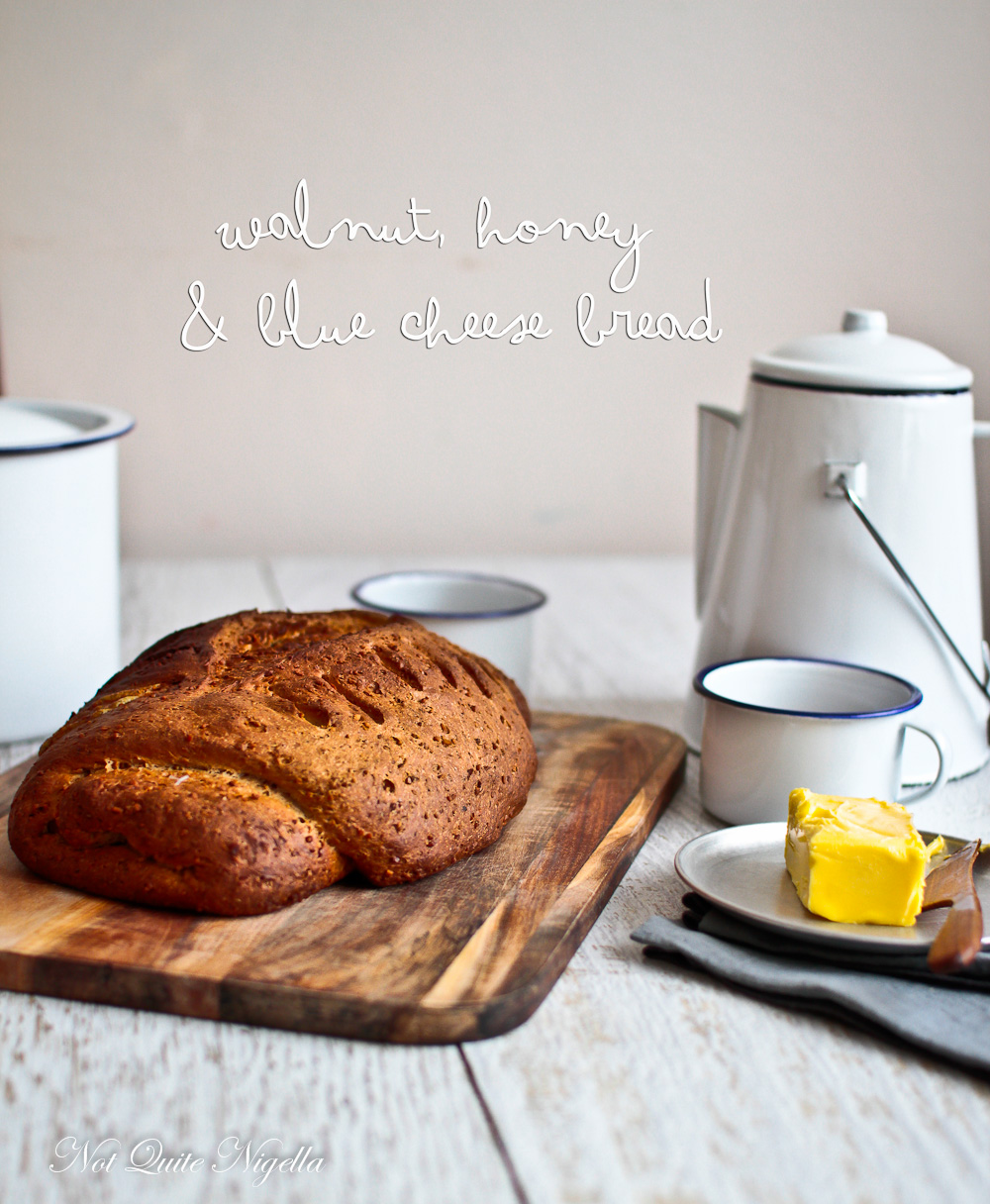 Bread filled with walnuts, honey and blue cheese? Yes please! I first saw this recipe for Pane di Noce or Walnut Bread on Francesca's blog a few weeks back and was intrigued by this Italian bread enriched with walnuts. I thought that the walnuts and honey would be the perfect foil for some blue cheese ribboned throughout the bread.

When it rains I stay indoors and bake - bread and cake mostly. And during the recent week of rain in Sydney that made it feel more like Autumn or Winter than Summer we revelled in the aroma of bread baking while the rain poured outside instead of resenting it. There were few salads eaten that week - it was definitely soup, pasta and bread time. The smell of the honey flavoured walnut bread was intoxicating yet intriguing because the generously portioned walnuts added almost a cakey aroma to the bread. 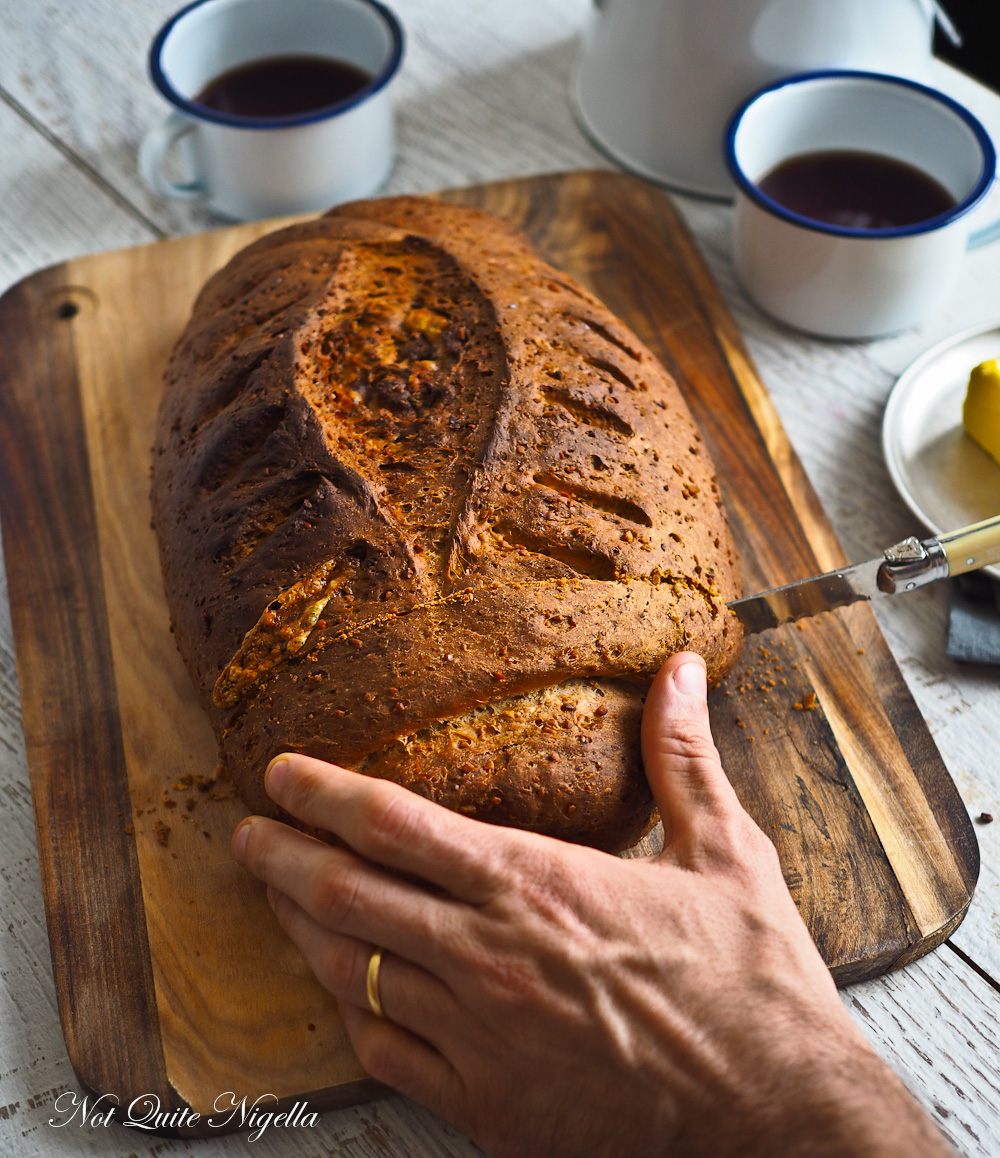 While it was baking I did something rather embarrassing. Well not that my friends would judge me but you never know... I bought the Kimoji app by Kim Kardashian. You may have read how mogul Kim K has brought out a range of her own emojis. They're actually really cute and fun and I mainly wanted the black lipstick, crying face and cupcake emoji. Oh and the butt one too. I'm not going to lie. I wanted the butt. 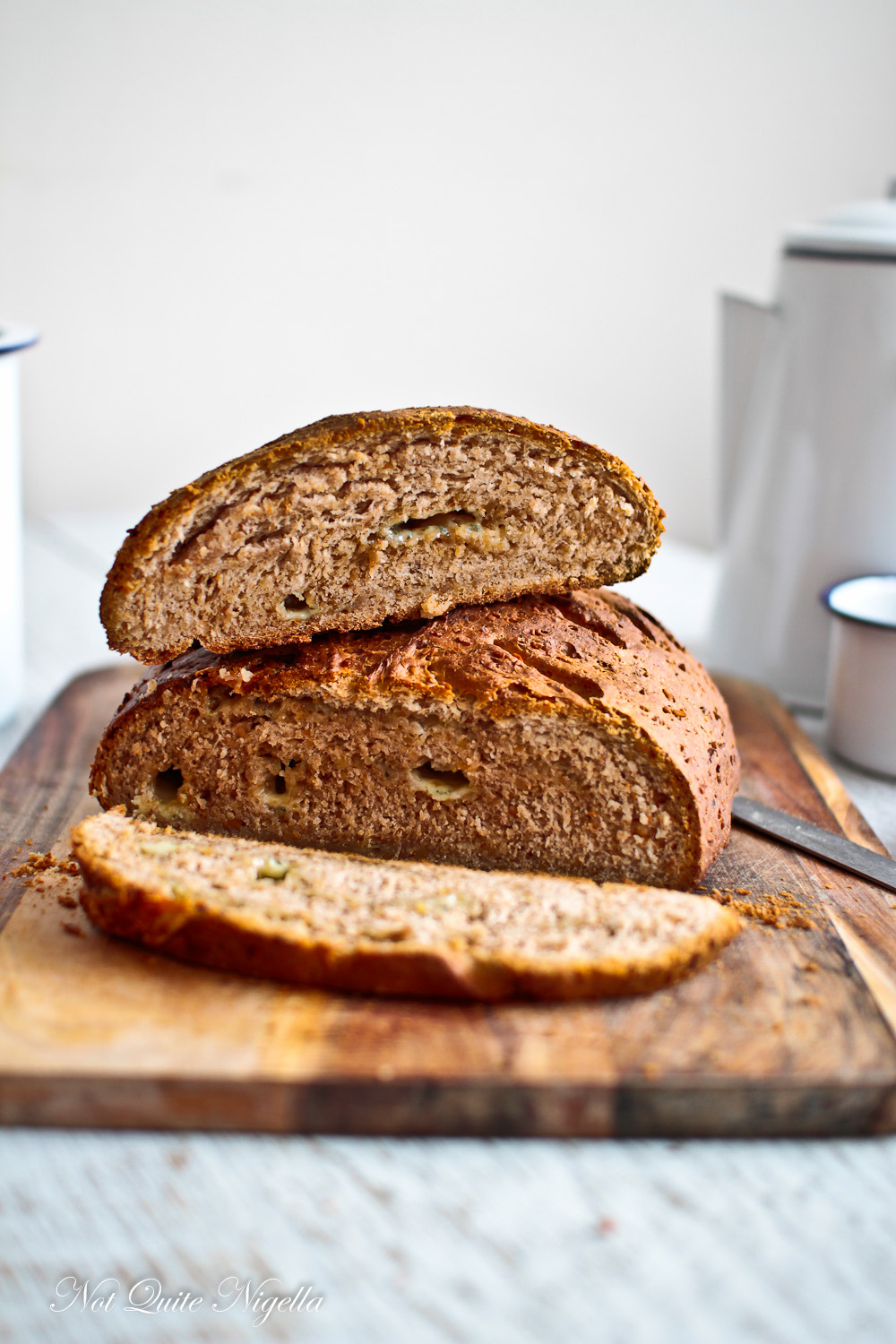 Anyway, like a social media sociopath ahem enthusiast I eagerly downloaded it and tried to put it in the caption on one of my Instagram pics (of a cupcake) but found that it wouldn't work. The emojis also weren't actual emojis, they were pictures that you copy and paste and they are huge and pixelated. Clearly I should have just kept baking. 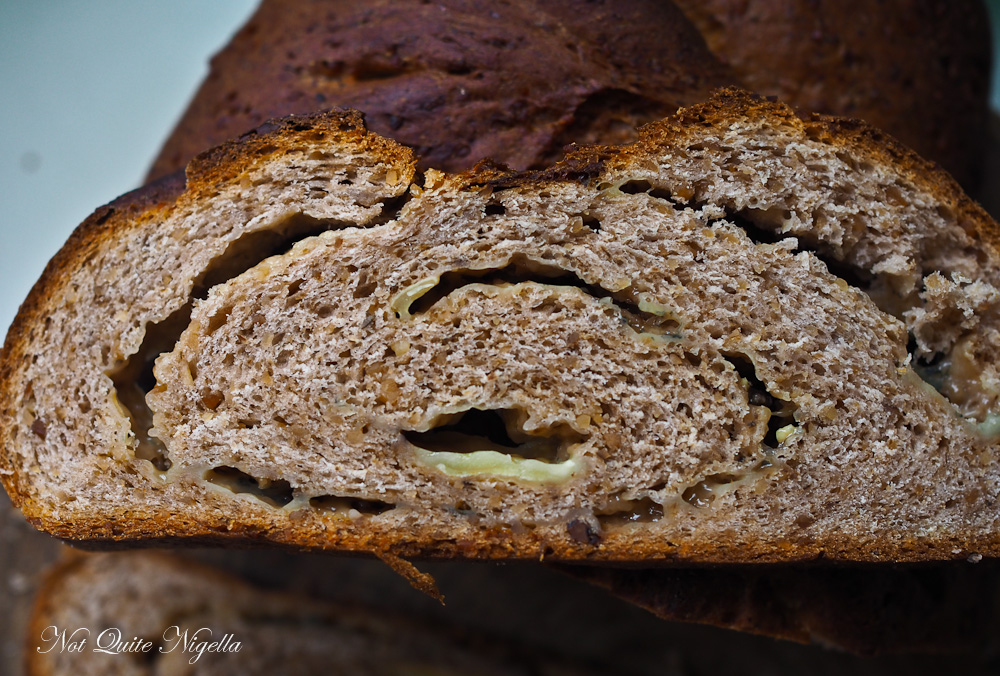 So how was the walnut bread once it emerged from the oven? It was delicious and wholesome. The walnuts would almost lead you to believe that it was a wholemeal bread but it isn't. The honey hits you on the first bite, that wonderful aromatic sweetness that goes so well with butter. And then you get a bit of blue cheese, melted through, soaking through the bread, imparting its normally bold flavour but this time partly muted. This is all the flavours of a cheese plate in a bread. Feel free to use more cheese or less or even a different cheese. I suspect it won't matter, you'll still enjoy it.

So tell me Dear Reader, would you or have you bought the Kimoji app? And are you a blue cheese fan or not? And what do you tend to do when it rains? 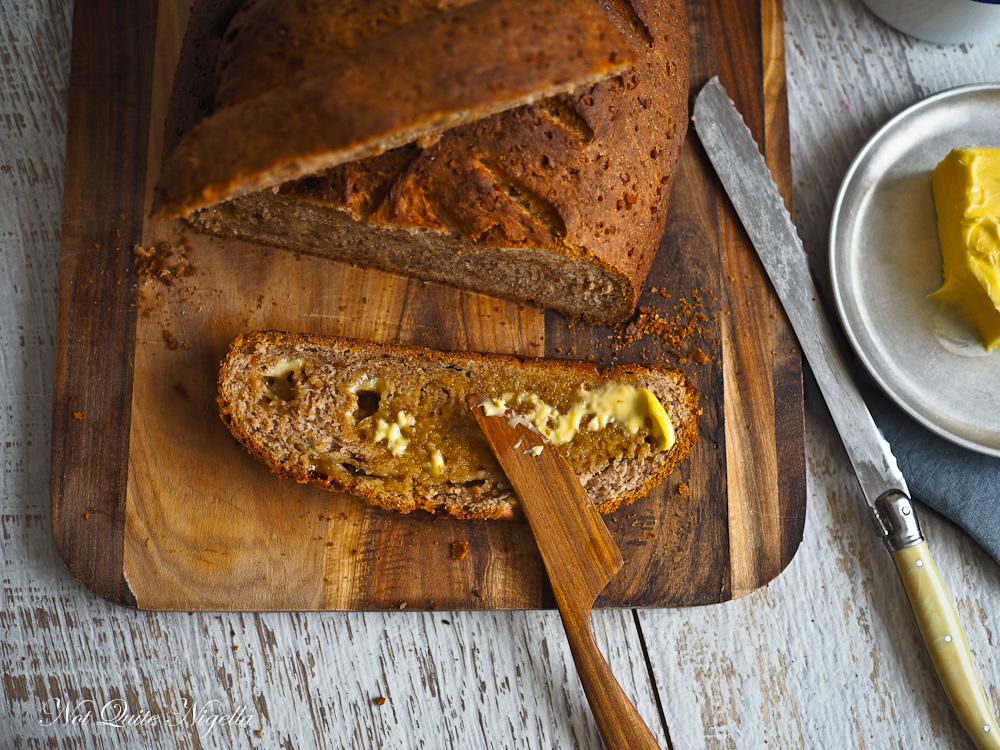 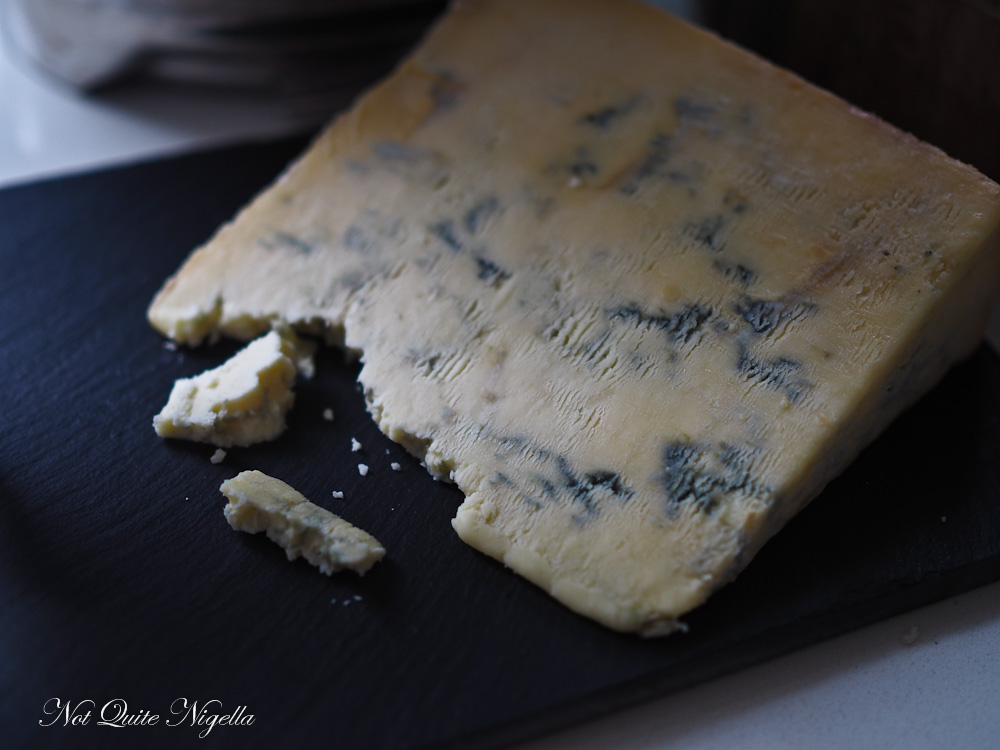 Step 1 - Preheat oven to 180C/350F. Spread walnuts out on a baking tray in an even layer and bake for 10 minutes until fragrant. Cool and then process until fine. 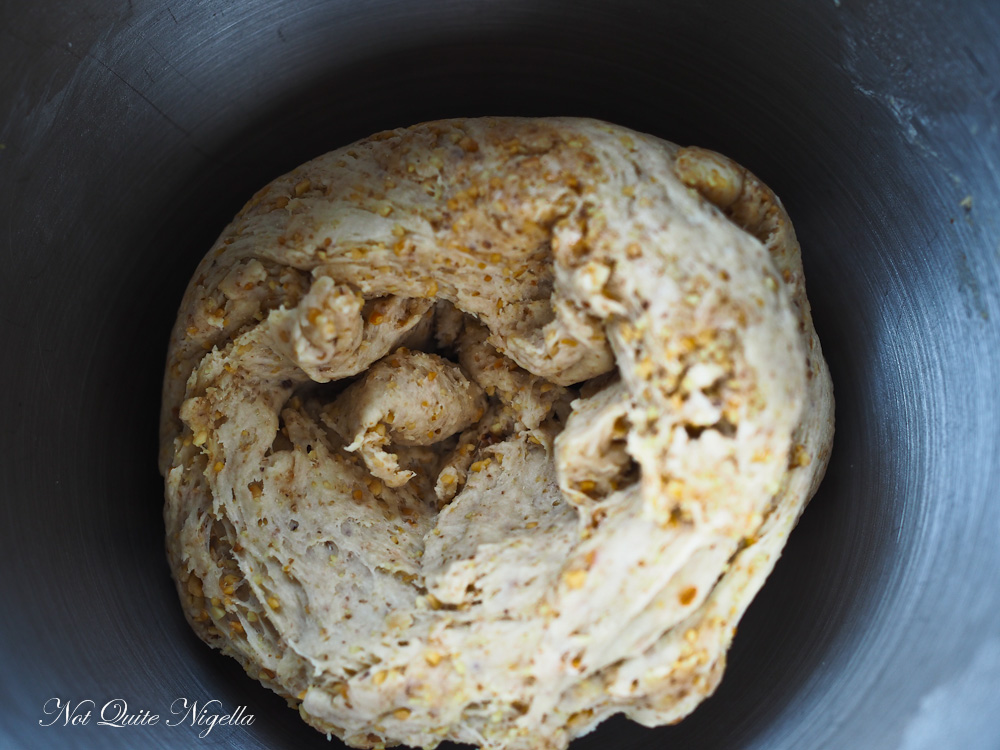 Step 2 - In the bowl of an electric mixer fitted with a dough hook add the yeast, honey, olive oil and flour (leave the salt out for the time being). Knead on a low speed for 1 minute until mixed through and then slowly add the water until it starts to comes together. Add the walnuts and keep kneading until elastic. 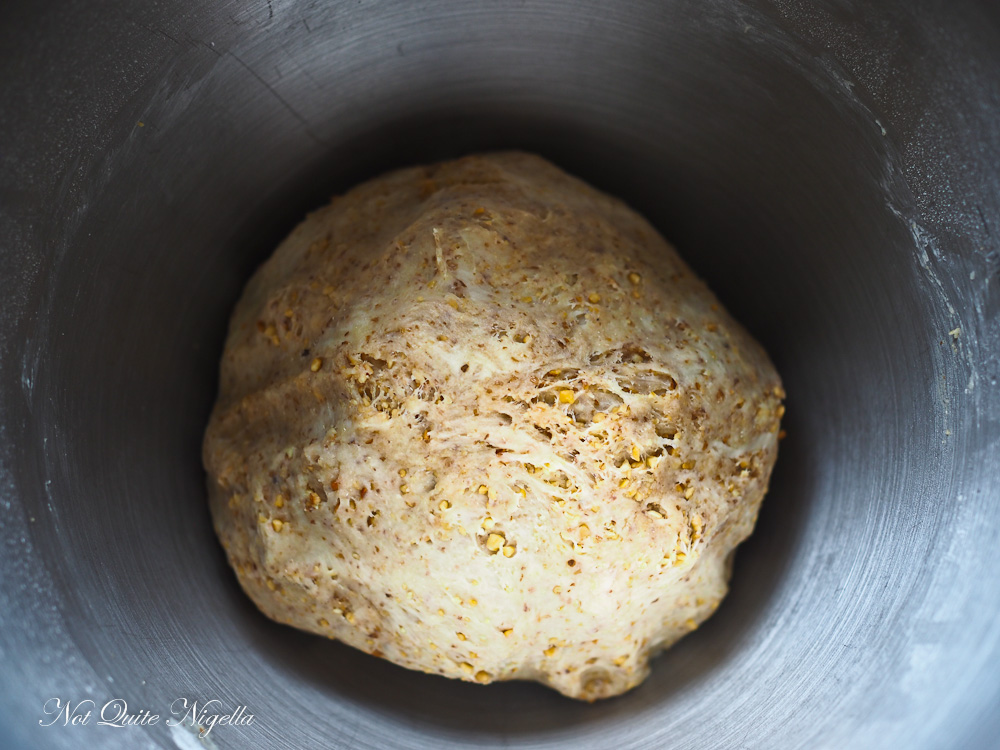 Before the first prove

Step 3 - Roll into a ball and place in the bowl and cover with a tea towel or cling film. Keep in a warm, draught free area to prove for 60 to 90 minutes. 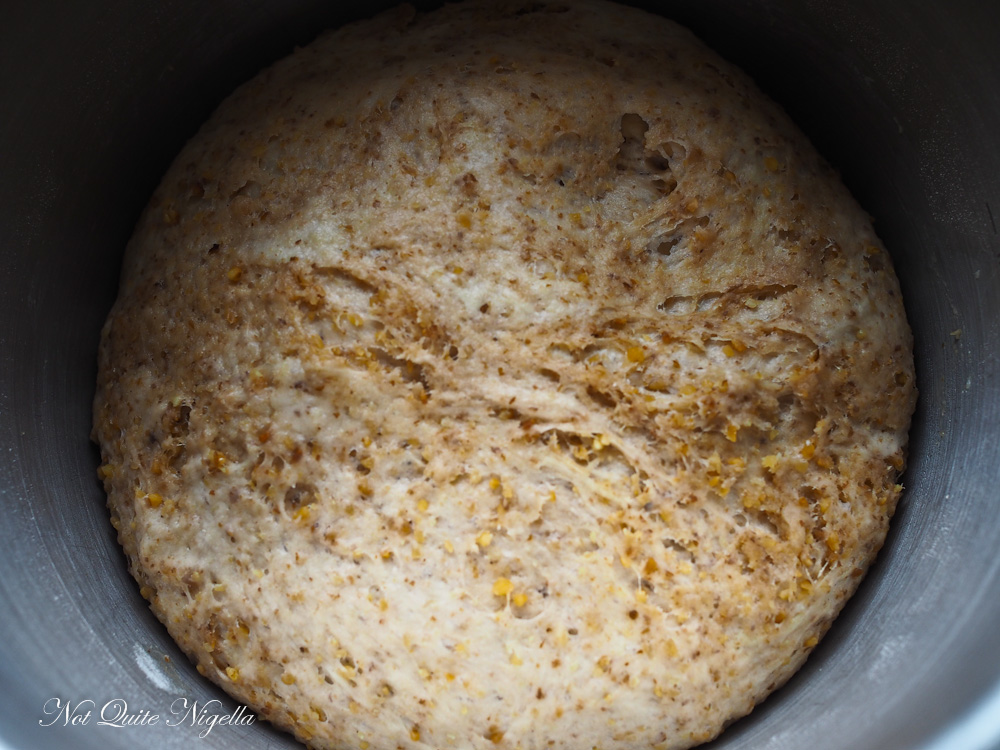 Step 4 - Punch down the dough and knead in the salt. Roll out the dough on a clean surface and form a rectangle. Crumble the blue cheese over the rectangle of dough and press down in the dough. Roll the dough up from one of the short ends and then place on a baking tray. Slash the bread to whatever patterns you like and then allow to prove a second time for 30-40 minutes. 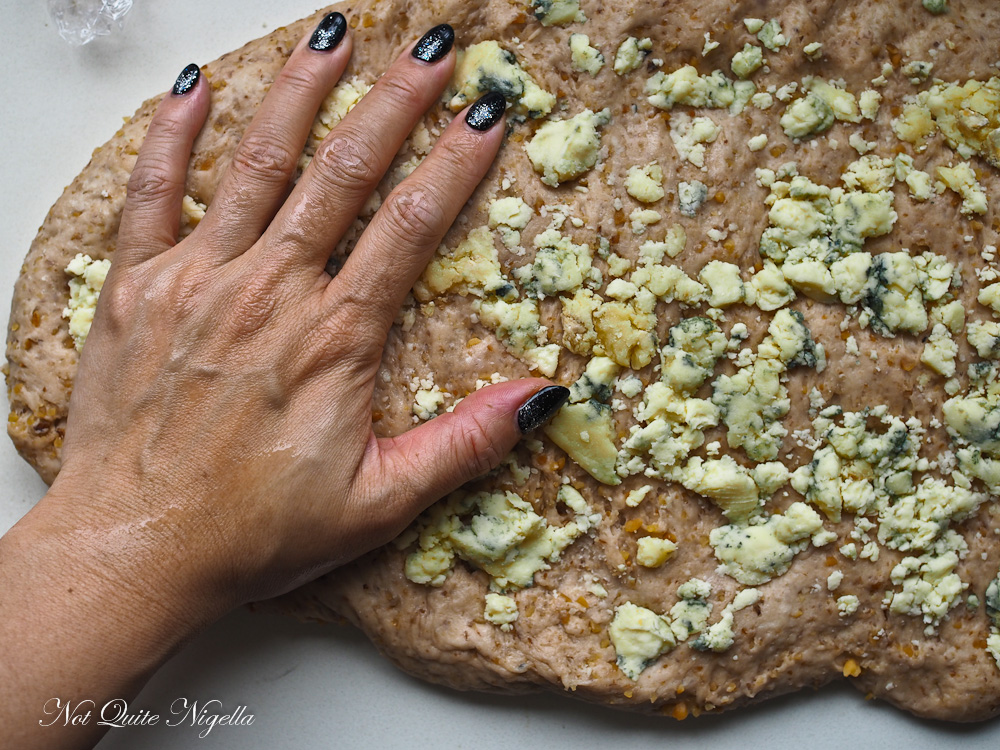 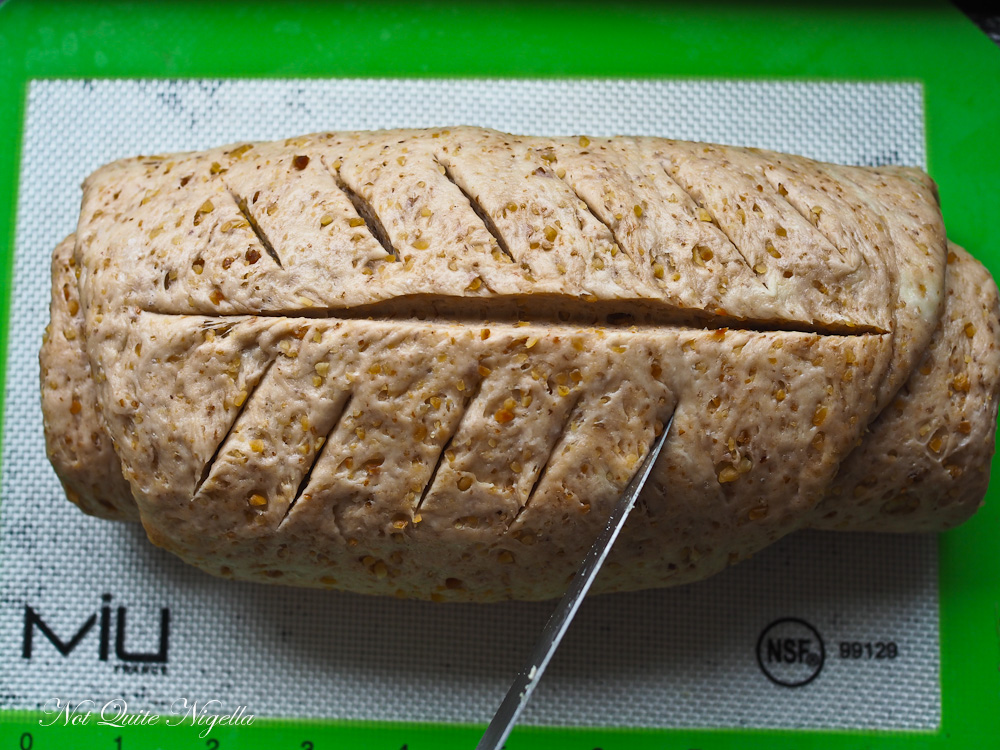 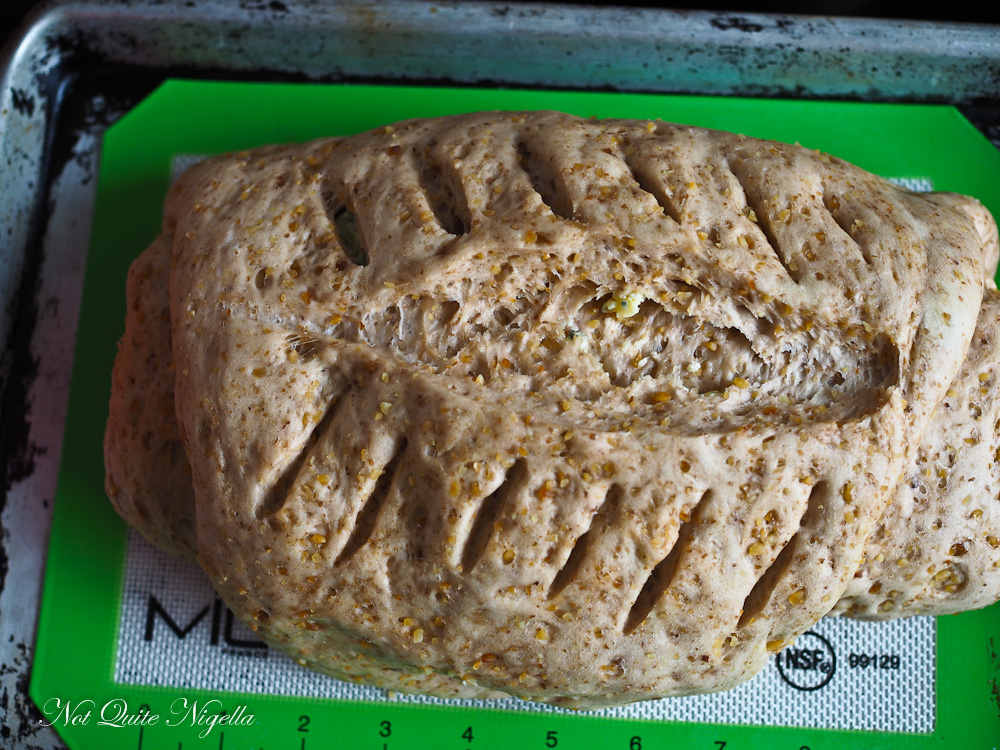 After the second prove