Ladies & Gentlemen, The Best Buttercream Recipe EVER {With A Surprise Ingredient} 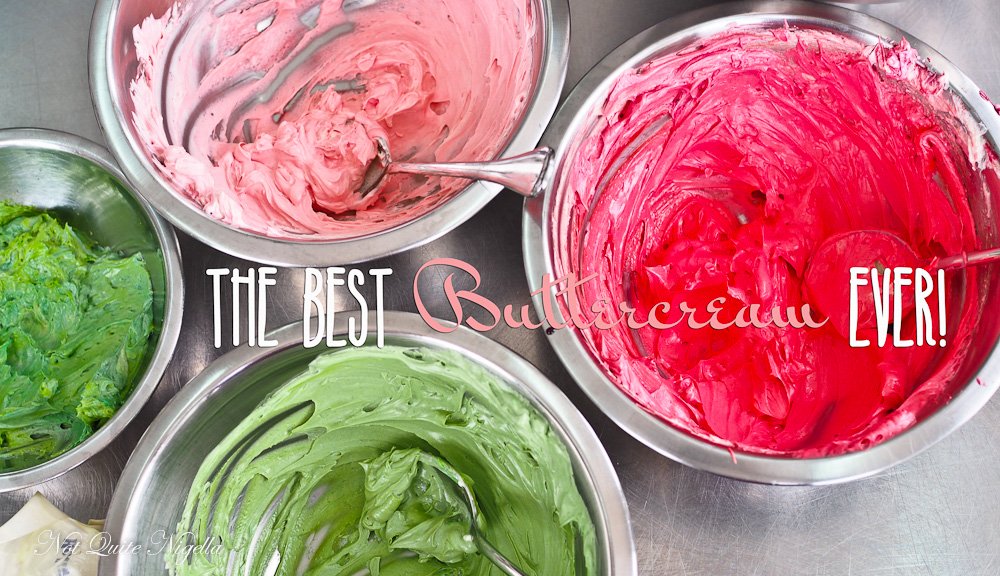 I have a feeling Dear Reader that after you try making this buttercream, you will discard all of your other simple buttercream recipes. For this recipe is quite simply heaven to make, perfection to eat and divine to decorate with. It is ideal for fiddly buttercream flowers but doesn't crust and holds colour beautifully. And the secret ingredient might surprise you!

"We have a saying in the cake world," said kick boxer, wrestler and cake artisan Jessica Pedemont. It's "Whip it til its white". To be honest I had no idea whether she was still talking cakes or upending an opponent on the wrestling mat but it turns out she was talking buttercream. And she was literally about to show me the very best buttercream in the world. 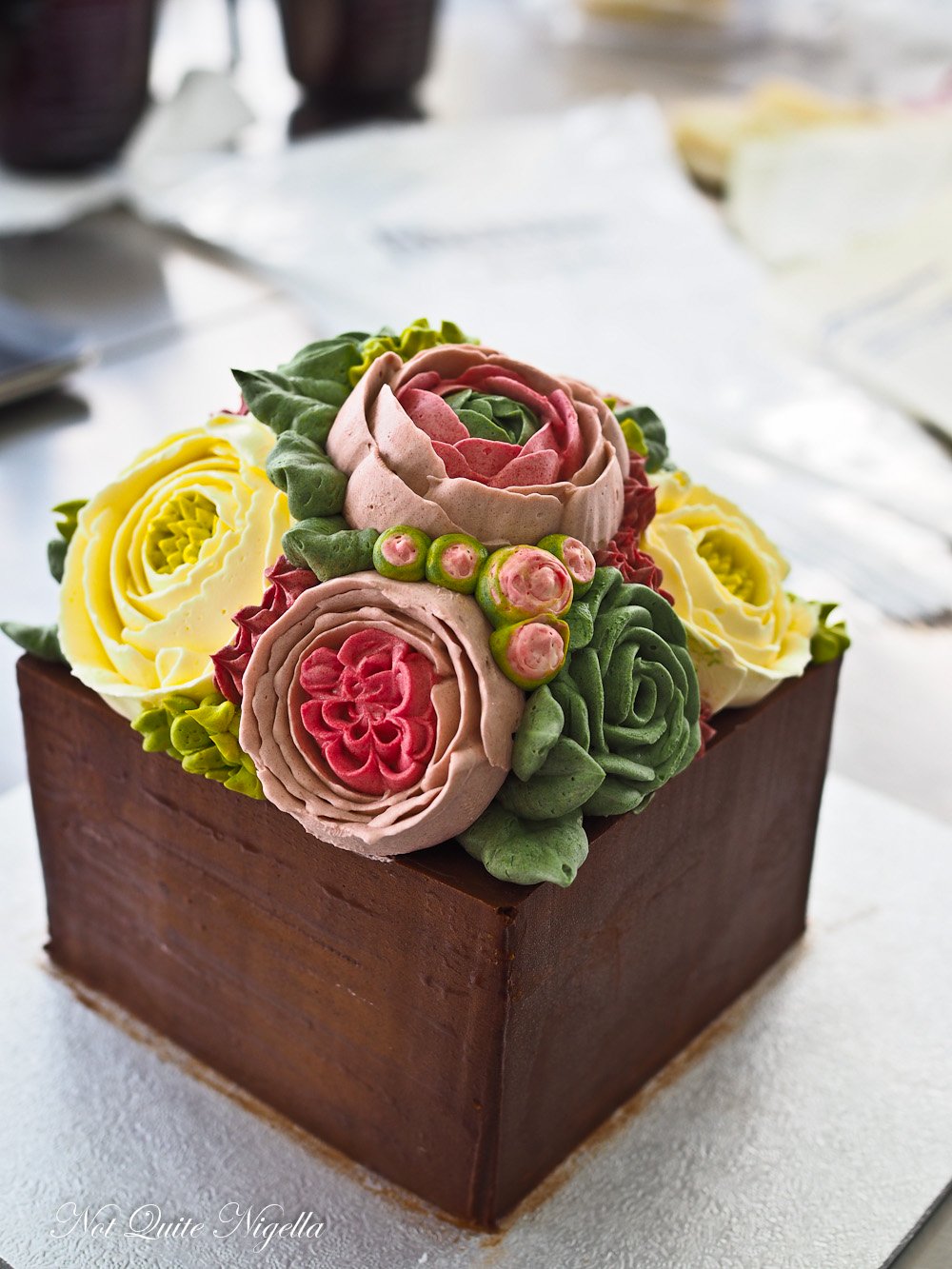 I assumed that she was talking about a beautifully smooth Swiss meringue buttercream. Sure it's gorgeous stuff but there's an extra step of cooking the egg whites and sugar together. Nevertheless, it produces a silky textured buttercream. And yes I make it when I want to impress although most times I'm lazy and make a simple buttercream because sometimes that extra step is just too much.

But then along came this beauty and it isn't a Swiss meringue buttercream. In fact it mostly resembles a simple buttercream. Yet was so heavenly smooth that it tasted almost unreal. It had a sublime smoothness like Swiss or Italian Meringue Buttercream but without any sort of egg white syrup. It also doesn't require any special ingredients or techniques. But it does contain something ordinary but quite surprising. 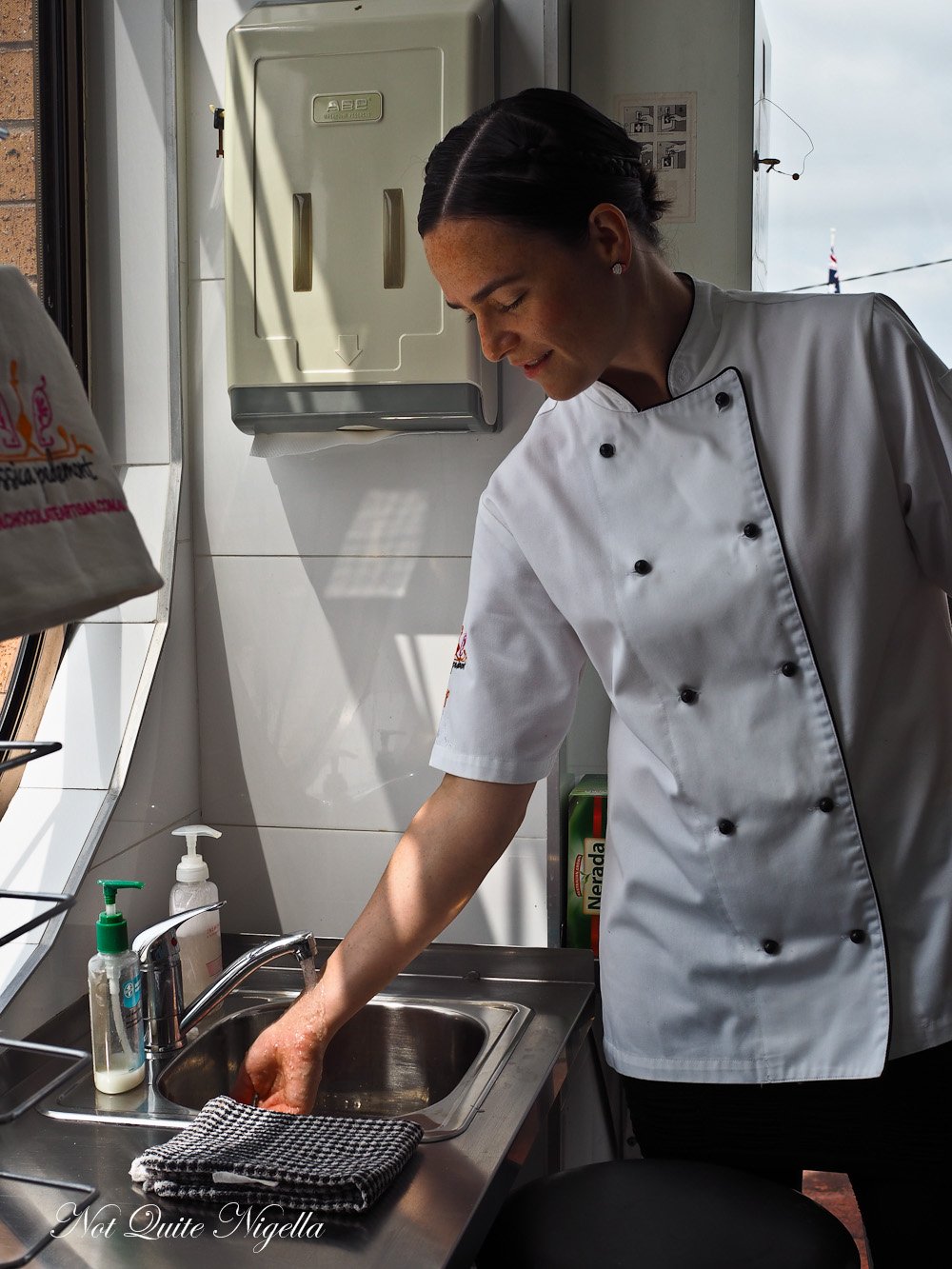 Testing temperature of water with wrist

The other key to this buttercream is to whip it on a relatively low speed but for a long time. And yes, to whip it until it is white. The addition of water was an intriguing one for me. I've never added water, only milk or lemon juice to a buttercream. And your cooking instincts are always to keep water and fats apart. But the proof was in the result. I won't make buttercream the other way ever again! Share this beauty with your friends and change their buttercream routine!

So tell me Dear Reader, what is your favourite icing or frosting? Are you someone that uses cakes as a vehicle for eating frosting or do you remove the frosting? What sort of butter do you use to make buttercream? Do you have a favourite type or brand? 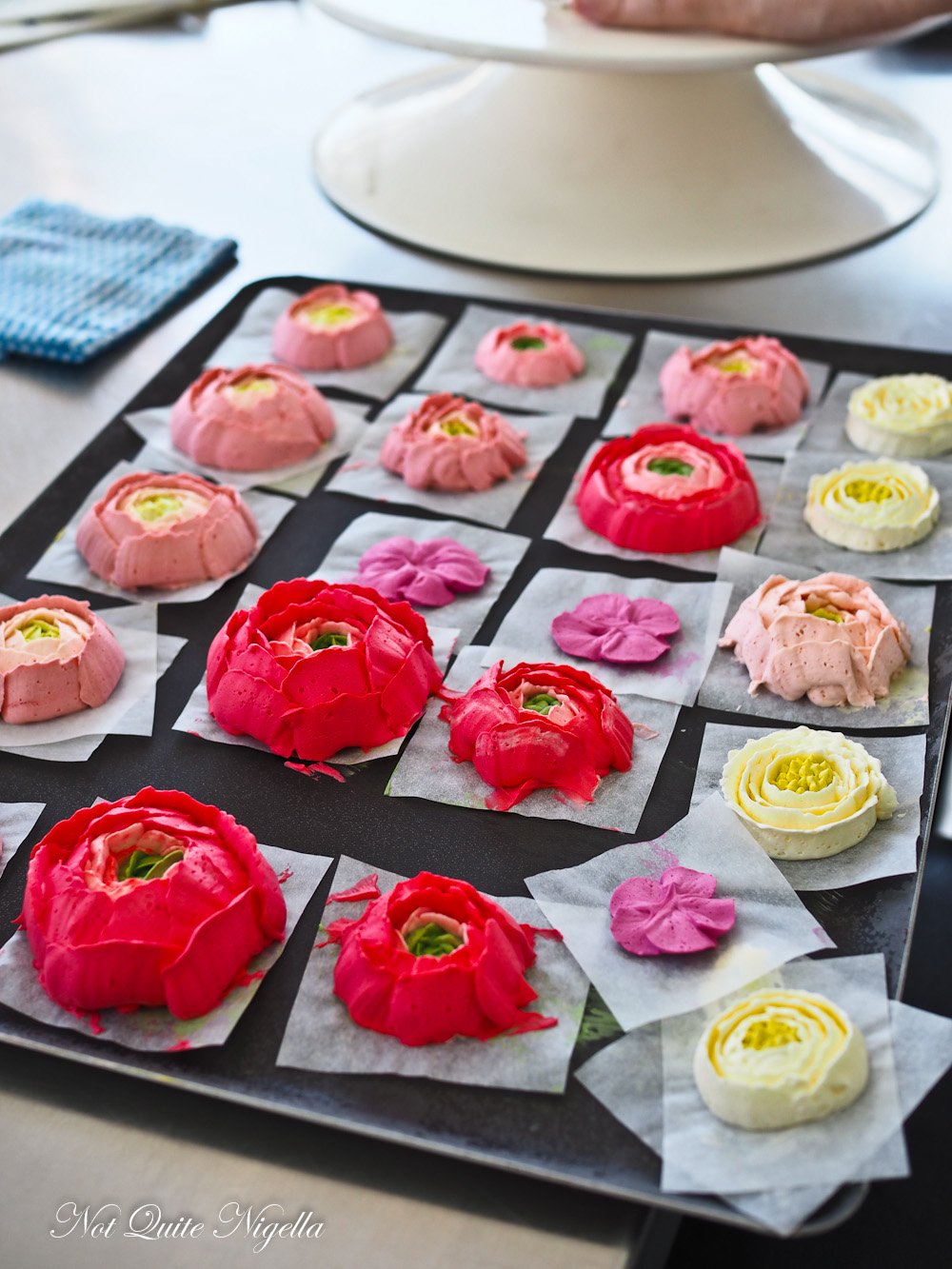 The Best Buttercream Recipe Ever

Variation: replace water with coffee for a coffee flavoured buttercream. 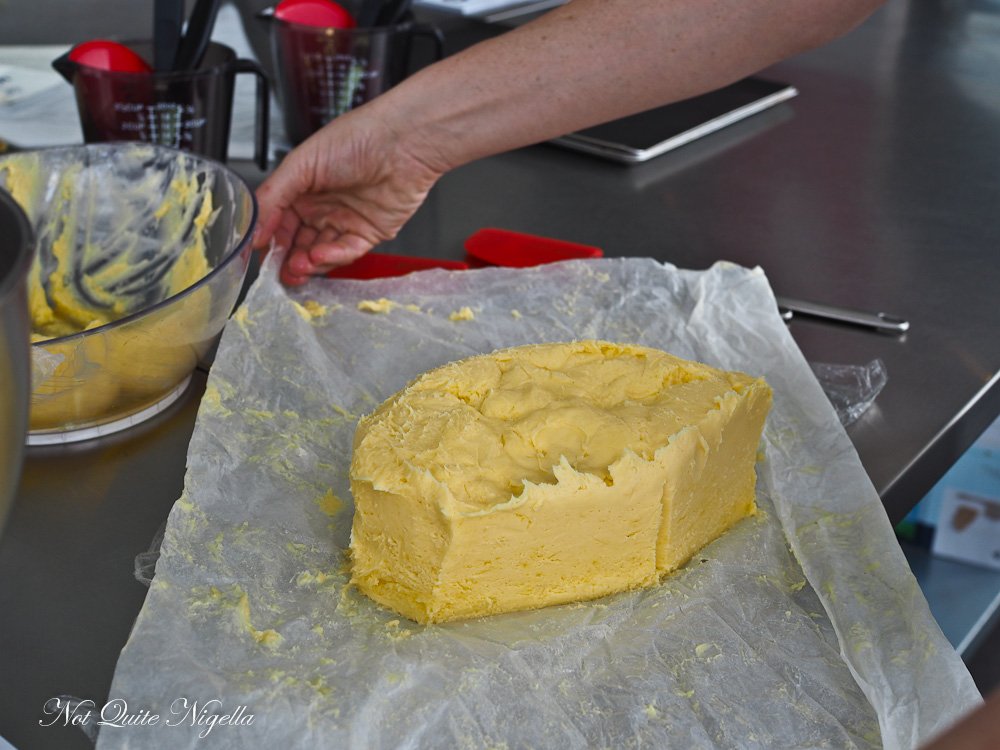 Whip it til its white

Step 1 - Beat butter in the bowl of an electric mixer until as white as possible on a low speed of about 3 out of 10 where 10 is the fastest. About 5 minutes. 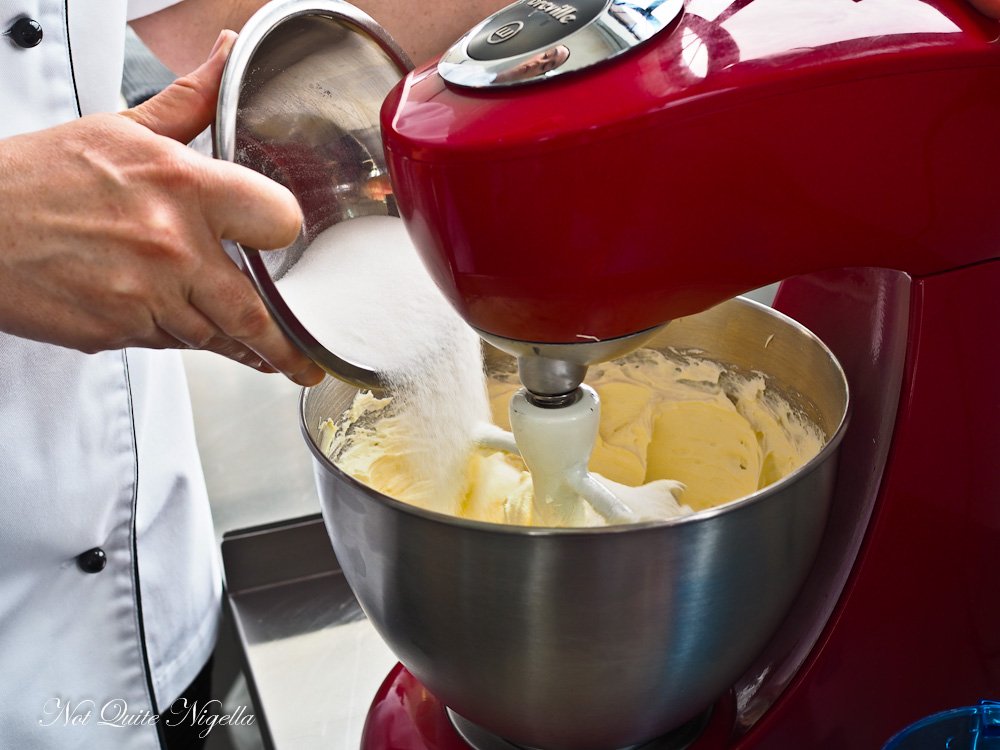 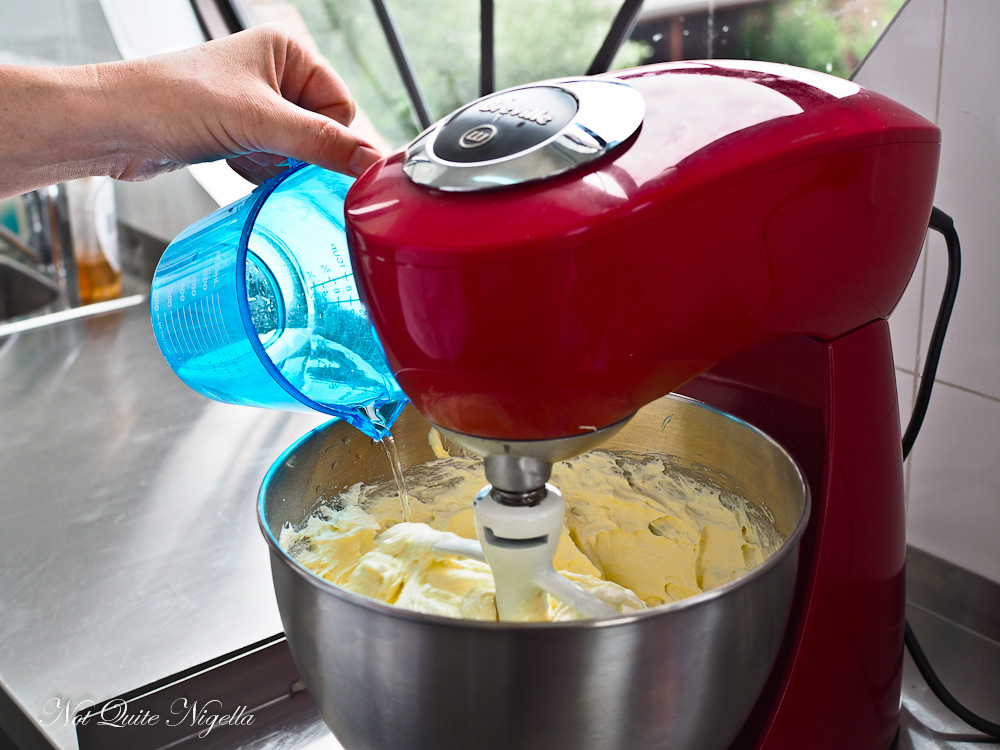 Step 2 - Beat in sugar, water and vanilla in two batches. Beat and scrape for about 10 minutes until the buttercream no longer feels grainy (test it between your fingers). Set aside until ready to use. This buttercream does not crust. 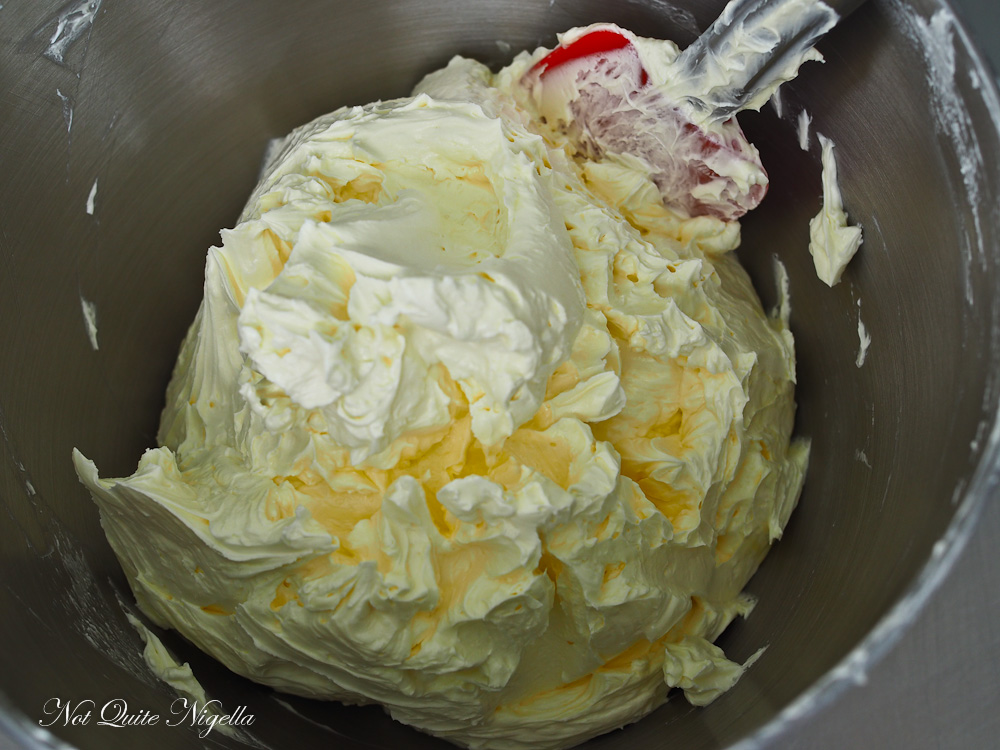 Tip: when colouring press the buttercream down with the spoon to mix so that you don't aerate or whip it.