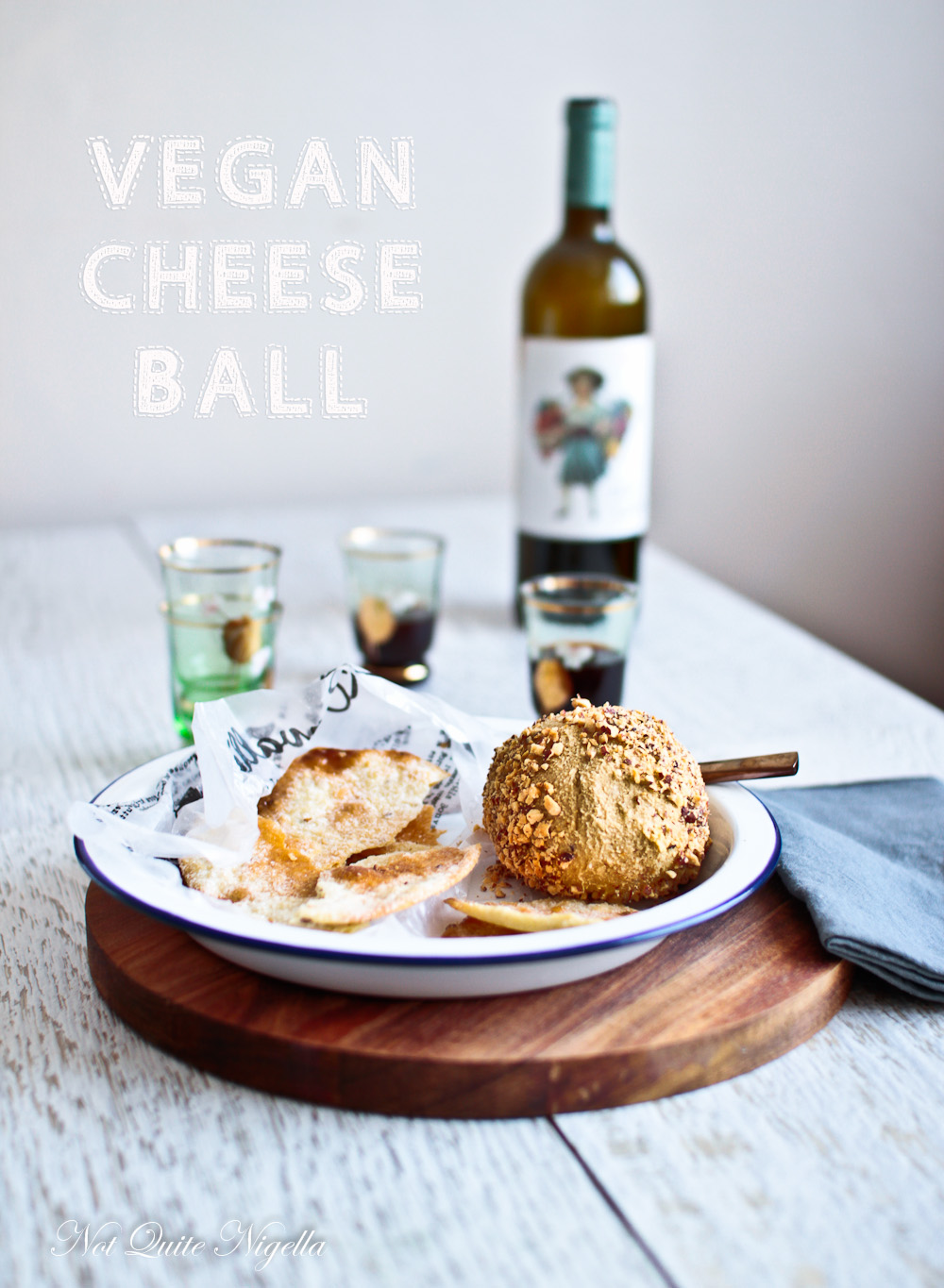 Cheese balls are a fantastic party item and a good alternative to dip. You simply spread some soft cheese ball onto a cracker or bread. Usually off limits for vegans, did you know that a really simple cheese ball can be made vegan friendly so that it is completely dairy free and yet deliciously cheesy? May I introduce you to the vegan cheese ball!

This vegan cheese ball was really a result of having too many cashews. The other day I was telling my trainer Nina about this cheese ball. Our training has degenerated to chatting around which some exercise is done, usually with a bit of a protest from me and bargaining from Nina. She sounded very interested until I mentioned cashews. "But that means that I have to soak them for hours!" she cried exasperated. This is true but you just soak and leave them overnight and that's about the hardest thing. The rest is blending it all up until it becomes like cream cheese. It really is easy and tasty plus it might fit in your post Christmas eating plan too.

This dairy free cheese ball is rich and cheesy (courtesy of nutritional yeast and white miso) and spreads just like cream cheese. I rolled it in chopped smoked almonds for some texture and for the appearance but it disappeared quickly when we had friends over. I didn't even mention that it was a vegan cheese ball or that it contained no cheese at all but it was all gobbled up! I didn't withhold the information on purpose, we were too busy talking but then I looked down and it was all gone. Too easy :)

I realised something the other day. That people want things that will make their lives easier. Because if 2015 is any indication, time is rapidly speeding up (well I'm pretty sure it is!) and time is the commodity that we seem to have less of. I'm one of those people that never has a phone very far away (I actually probably need an intervention). In the last few years I've become even more reliant on my phone because of the apps that I use. So I thought that I'd share my four most useful apps (not sponsored, these are just ones that I use a lot). 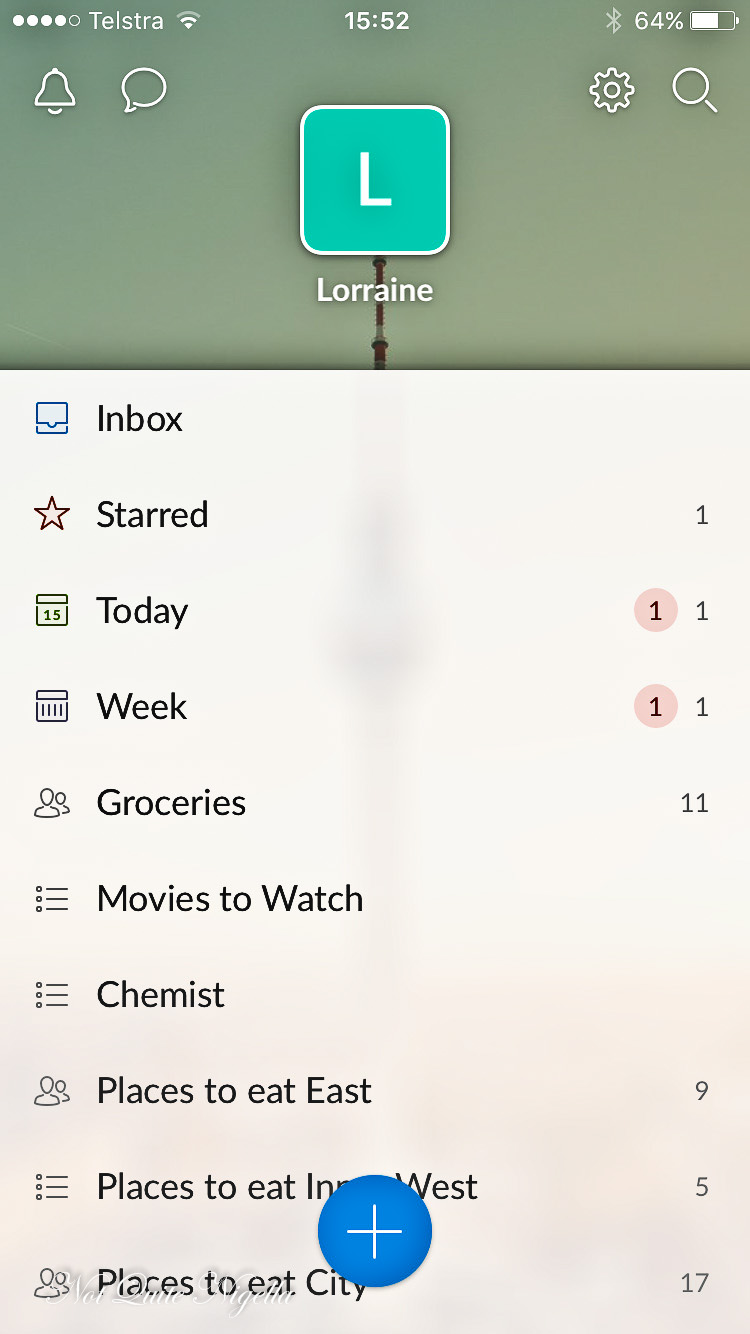 I am a list taker from way back. I used to write these down on a notepad by my desk. There would be lists of things to make, a grocery shopping list and a list of restaurants to eat at broken down by area. But then I would find that I would leave the house and accidentally leave my list behind. I think Mr NQN got tired of it happening so he introduced me to Wunderlist. And by introduce I mean he installed the app on my phone and made me use it. And now when we're out and someone suggests going out for somewhere to eat, I can find a place on my list quickly! 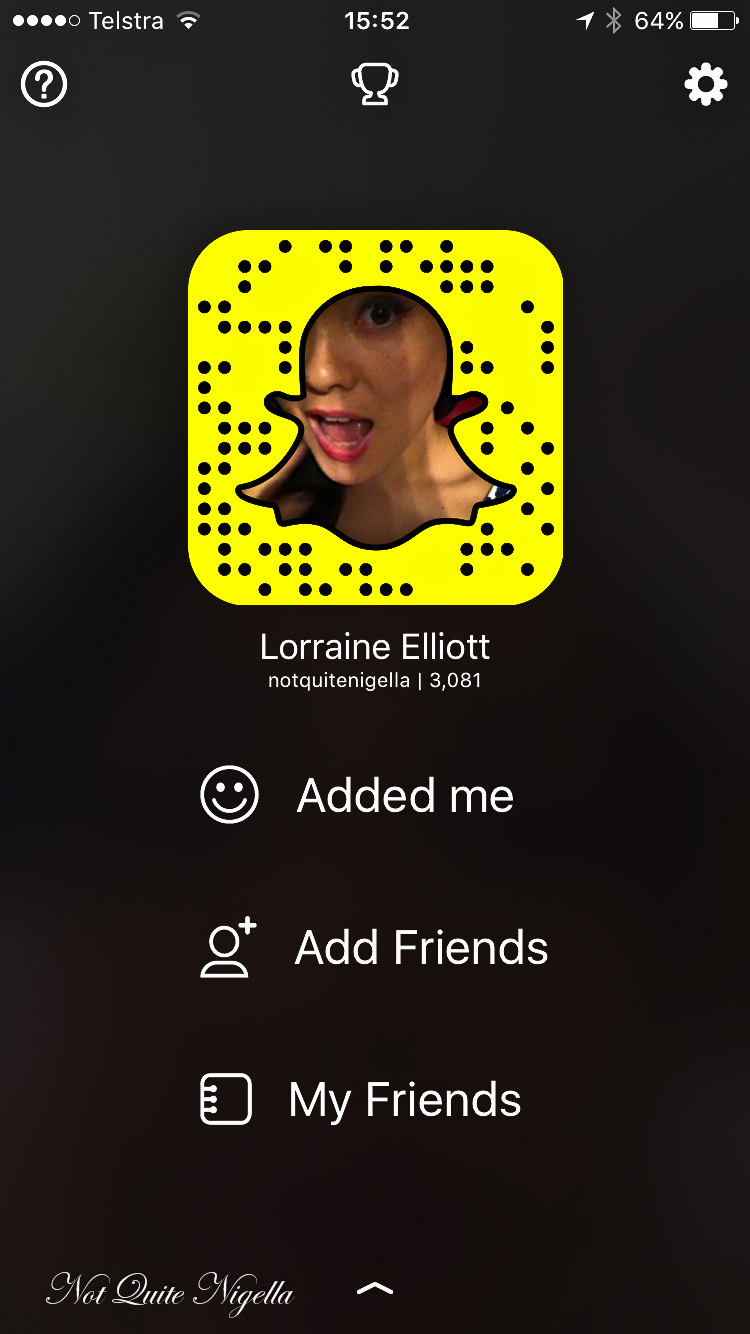 For those of you on Snapchat, come and follow me! I am on it almost every day sharing little tidbits about life and just silly little things that may not make it onto the blog. You can also message me quickly and chat on there too! 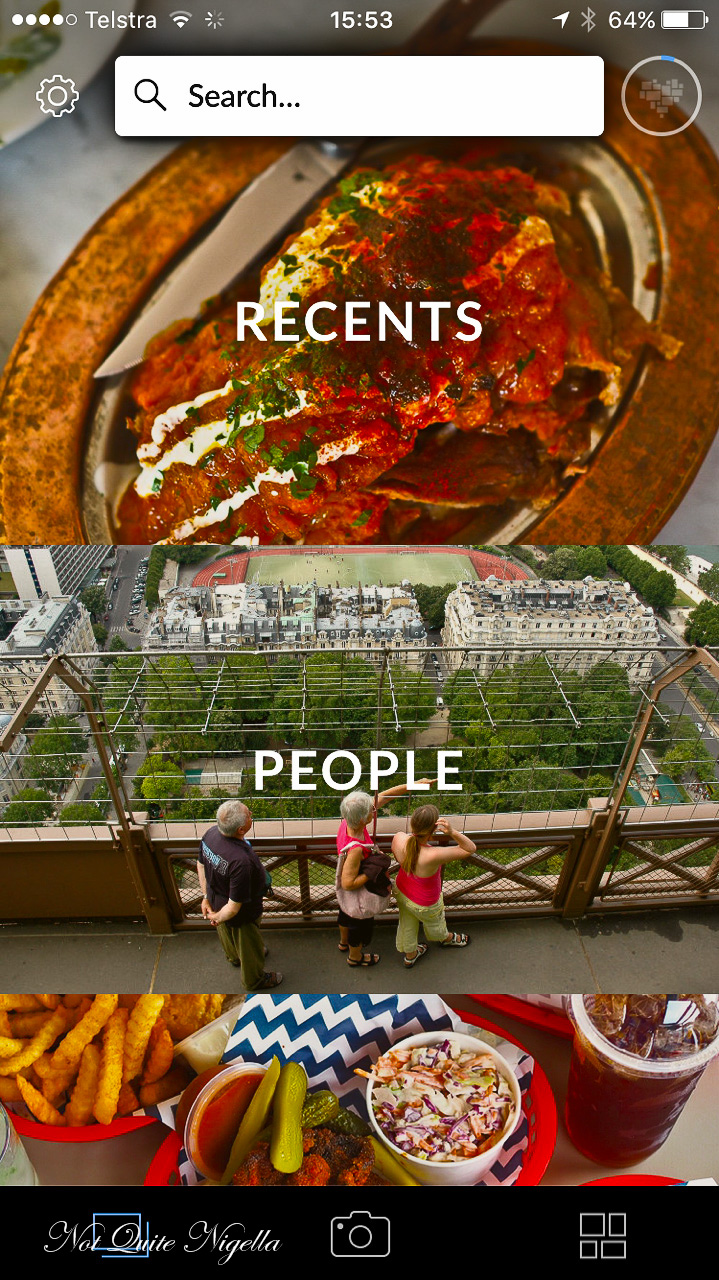 This is another Mr NQN introduction (trust me, it's a theme). The problem with buying a phone with loads of space for videos is that you never delete anything. And Forevery helps to search your photo catalog using keywords. It isn't specific enough to return results for say "kimchi" but when I put in "pickles" or "jar" it worked well! 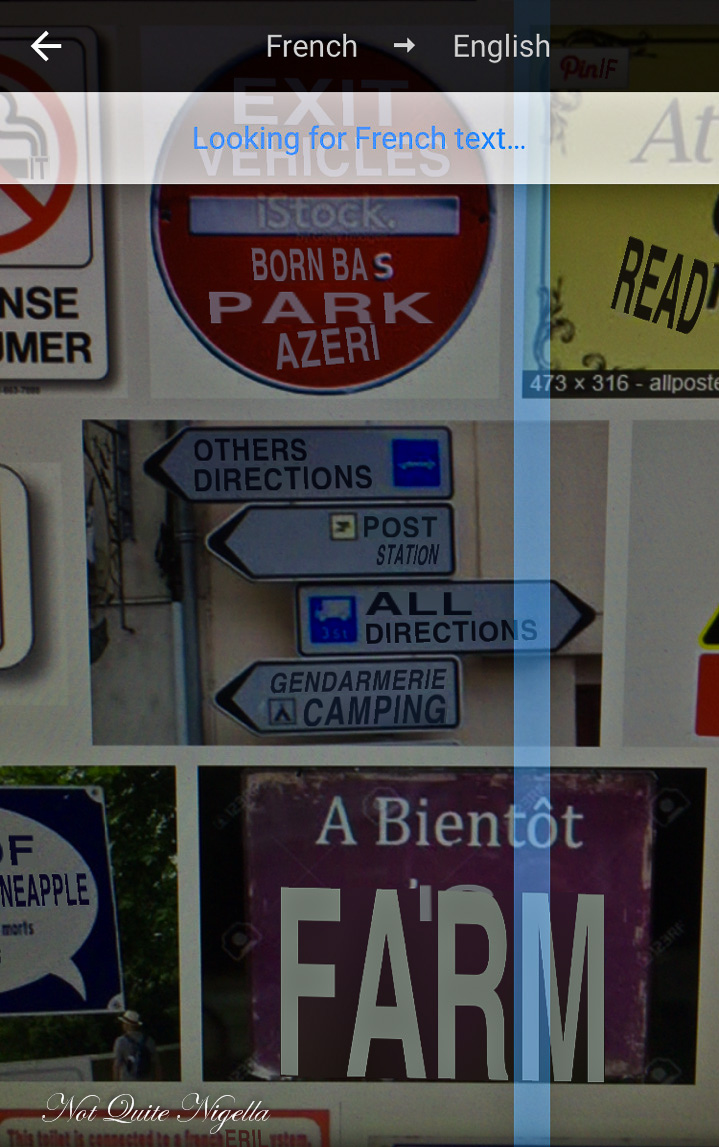 We probably all know google translate but the new app has a fun feature. If you take a photo of text it can translate it for you which is very helpful for travellers. Even pointing the camera over some text will translate it live for you even without an internet connection! This is best used on street signs (I tried it on a menu and it wasn't so great) or short amounts of text and I don't think you could read a book through it. Currently it only translates English to and fro French, German, Italian, Portuguese, Russian and Spanish. It can also translate speech and play it back in your desired language.

See? Easy peasy! Although I will admit that it won't really help with the phone addiction ;)

So tell me Dear Reader, do you use any of these apps already? Would you have a use for any of them? And did 2015 go by in a flash for you too? 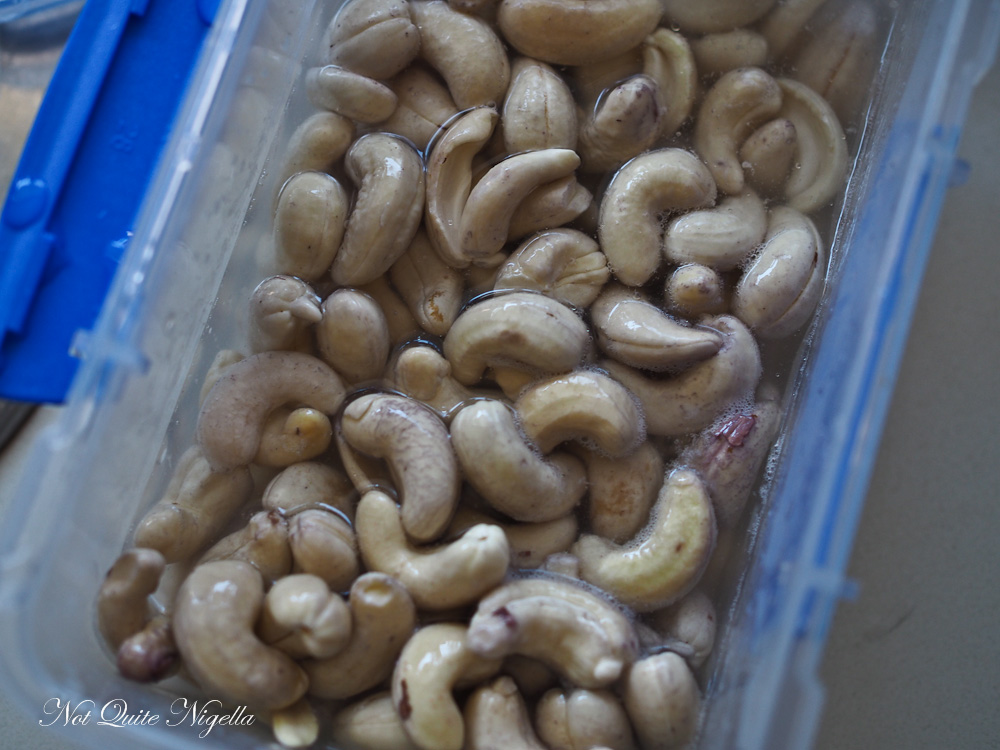 Step 1 - Drain and rinse the cashews well. In a high speed blender, blend the cashews, nutritional yeast and miso paste. You don't want to add any water because you want a cream cheese-like texture so you'll just have to pulse, scrape and pulse and scrape. It will take about 5 minutes total. Taste for flavour-if it needs a bit more "cheese" add more nutritional yeast, if it needs more salt add a touch more miso. 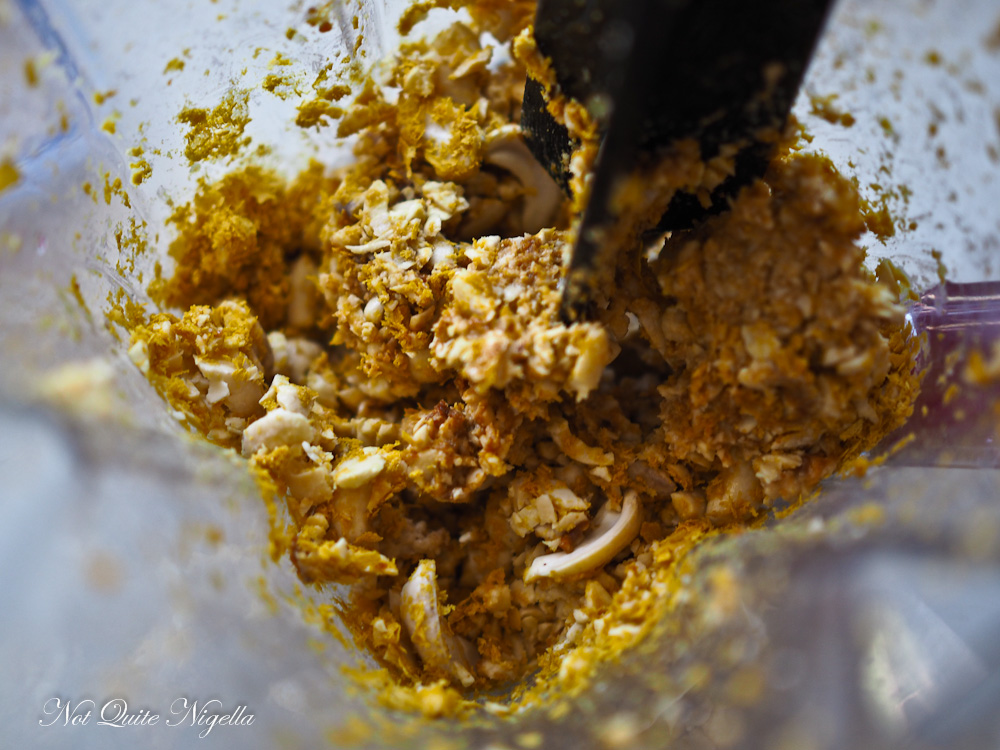 Step 2 - Place onto a sheet of cling film and shape into a ball. You can refridgerate this for up to 4 days. When you are ready to serve it, process the almonds until they are finely chopped. Remove the cling film from around the cheese ball and shape it into a ball. Roll it in the tamari almonds and serve with crackers. 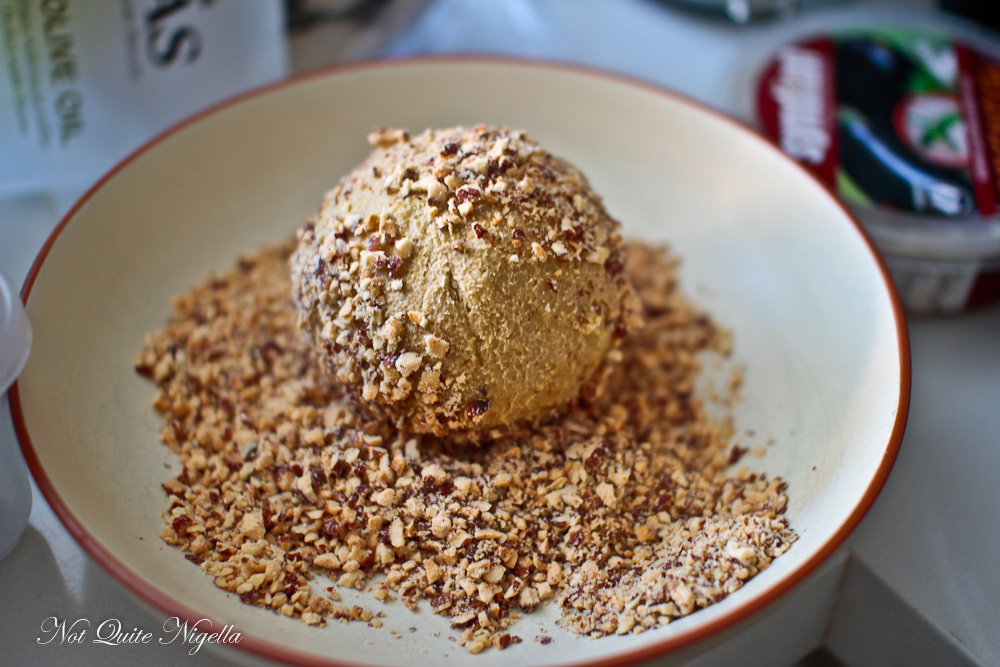