The Magical Microwave Orange and Almond Mug Cake in Less Than 10 Minutes! 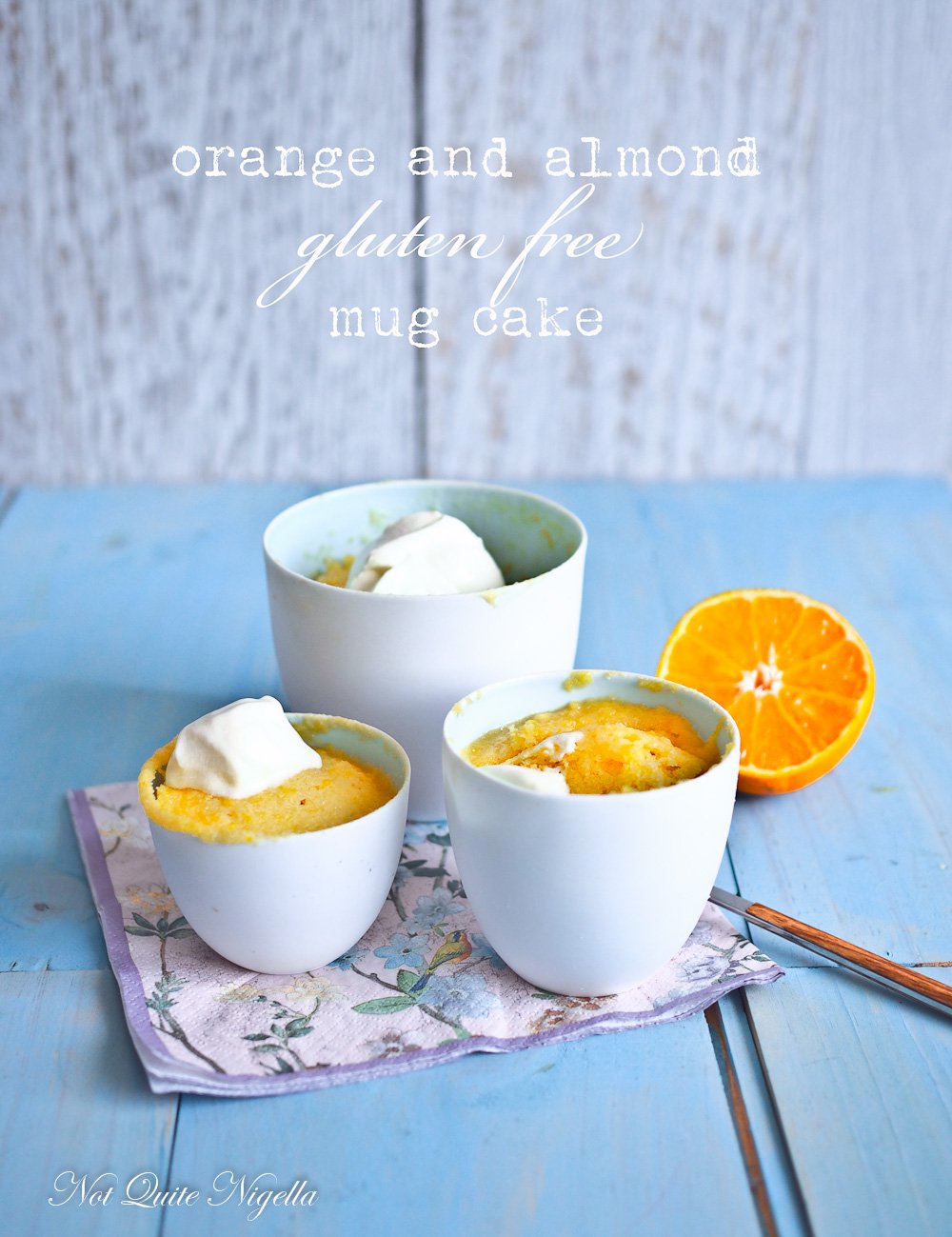 One of the most well known and delicious cakes is the Middle Eastern orange and almond cake made famous by Claudia Roden. I tried it once from a patisserie and searched for it for years until finally coming across the recipe. Ever since then I've made this beauty countless times with different fruit, nuts or toppings. The cake itself has a wonderful texture to it unlike no other-like a syrup cake without the syrup. This is due to an unusual but easy method of cooking it. It is also gratifyingly gluten free in case you are serving it to a crowd or are indeed gluten free yourself. But then I was asked by a Dear Reader to devise a version for a single serve, one that could be made in a flash in the microwave. Could I do it with this cake?

In my little circle of friends I often get compared to my friend Belinda's seven year old daughter Ruby. To me, I don't really see the resemblance. Ruby is bossy with a big personality and I actually consider myself to be rather shy. Nevertheless I sometimes see a resemblance and did warn Belinda to prepare for the trouble that Ruby will get into when she is a teenager. The issue is that both of us loathe being told what to do and my teenage years were full of drama as a result. 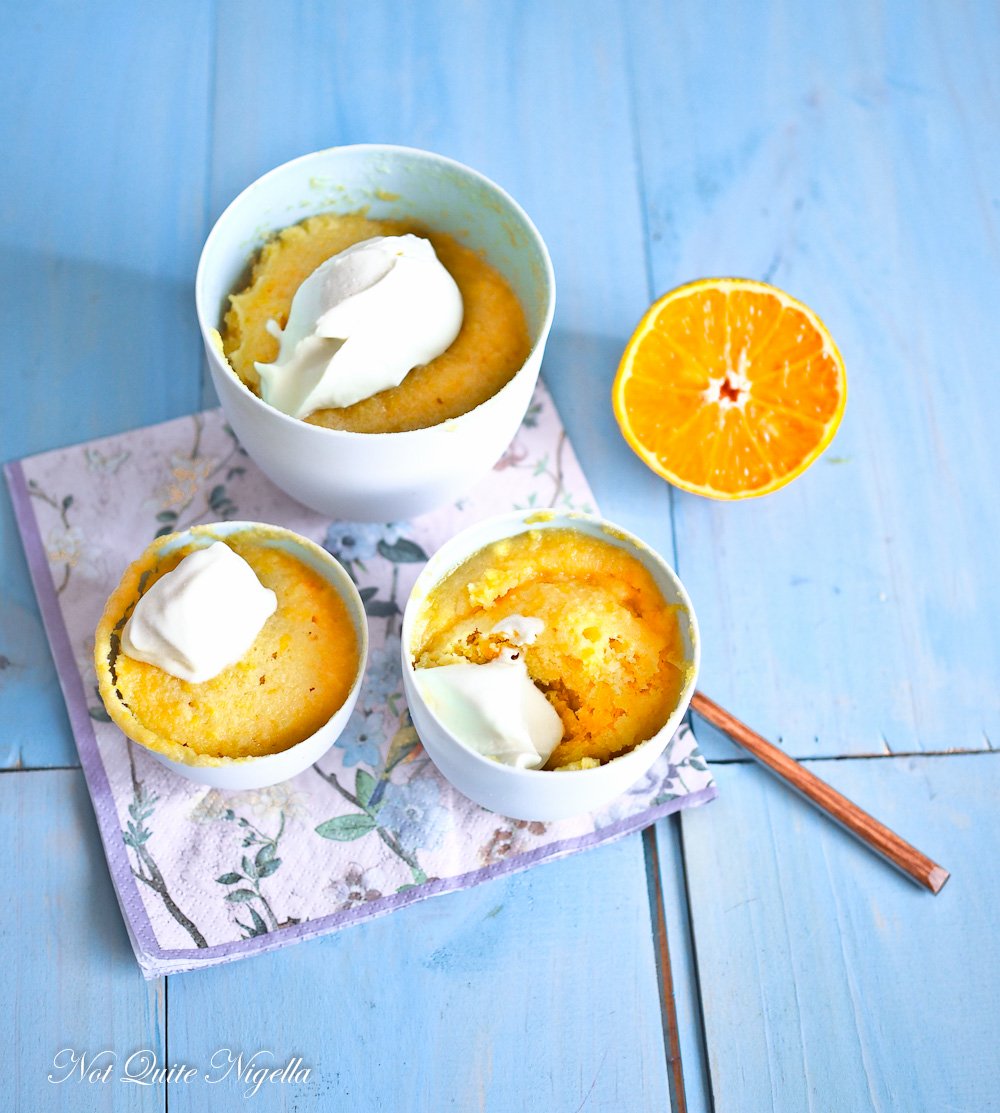 It was New Year's Eve and Ruby was holding court in front of us early on in the night. Cheryl has just put on some music and Ruby was playing with a flag. On came the song "Push It" by Salt N Pepa and Ruby took this as a cue to bust some moves. She started off with some semaphoric motions with the flag and then when the chorus came on, she threw down the flag with all her might and started fist pumping and gyrating. It was like the scene from Little Miss Sunshine where seven year old Olive Hoover dances to Superfreak. I will preface it by saying that there was no velcro stripper pants or ass smacking in Ruby's routine. What it was was a seven year old dancing with abandon and happiness quite unaware at how truly hilarious it was! Nobody could stop her nor did anyone want to. Because you never tell Ruby what to do we have learned.

Because Ruby doesn't like being told what to do, one day she got sunburnt during one of those really hot January days. Her mum Belinda remembered how I given her a tube of Burnaid. She put it on Ruby’s face and it helped cool the sunburn and relieve the pain. 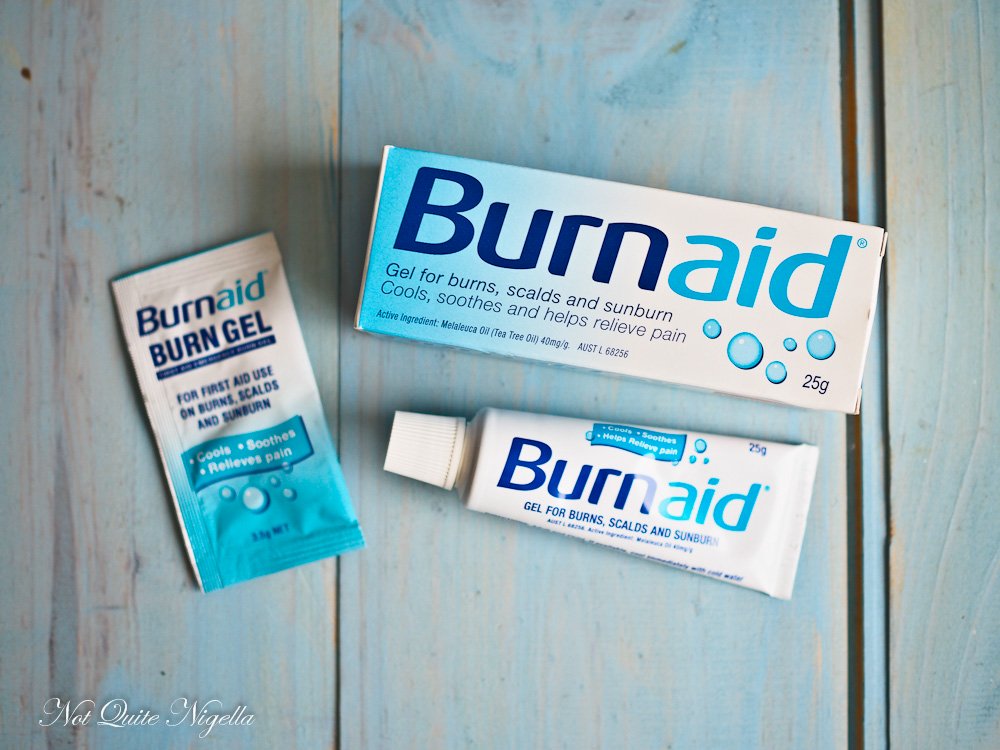 Before she moved to her new place Belinda had never really burned herself in the kitchen but she burned her hand within the few weeks of moving in. As I've learnt, it's usually a mum who works full time who burns herself while cooking (88% of minor burns occur in the kitchen)1. And most of these women usually carry on cooking after a few seconds running their hand under the tap.

I used to wrap my hand with ice which is really bad because then you burn your hands with the extreme cold and damage the skin cells (and apparently only 20% of Australians know how to treat a burn correctly-gulp!). What you really need to do is either place the affected area under cold running water for 20 minutes then apply something like Burnaid to keep the burn cool and help the healing process. If the burn is larger than a 20 cent piece, has blisters or if clothing is stuck to it you will need to see a doctor immediately

My fingers are pretty heat resistant and that's probably from years of cooking and taking things out of the microwave. This week I actually spent ages in the kitchen in front of the microwave trying to perfect a recipe for a microwave version of the famous orange and almond gluten free cake! It was a Dear Reader that requested it and I was happy to oblige. I also had an ulterior motive - this is one of my favourite cakes. The thing about this cake is the texture. It's so moist (sorry) and moreish that it tastes like it was soaked in syrup without being wet. Because it is so irresistible, a single serve portion is actually a wise route to take. 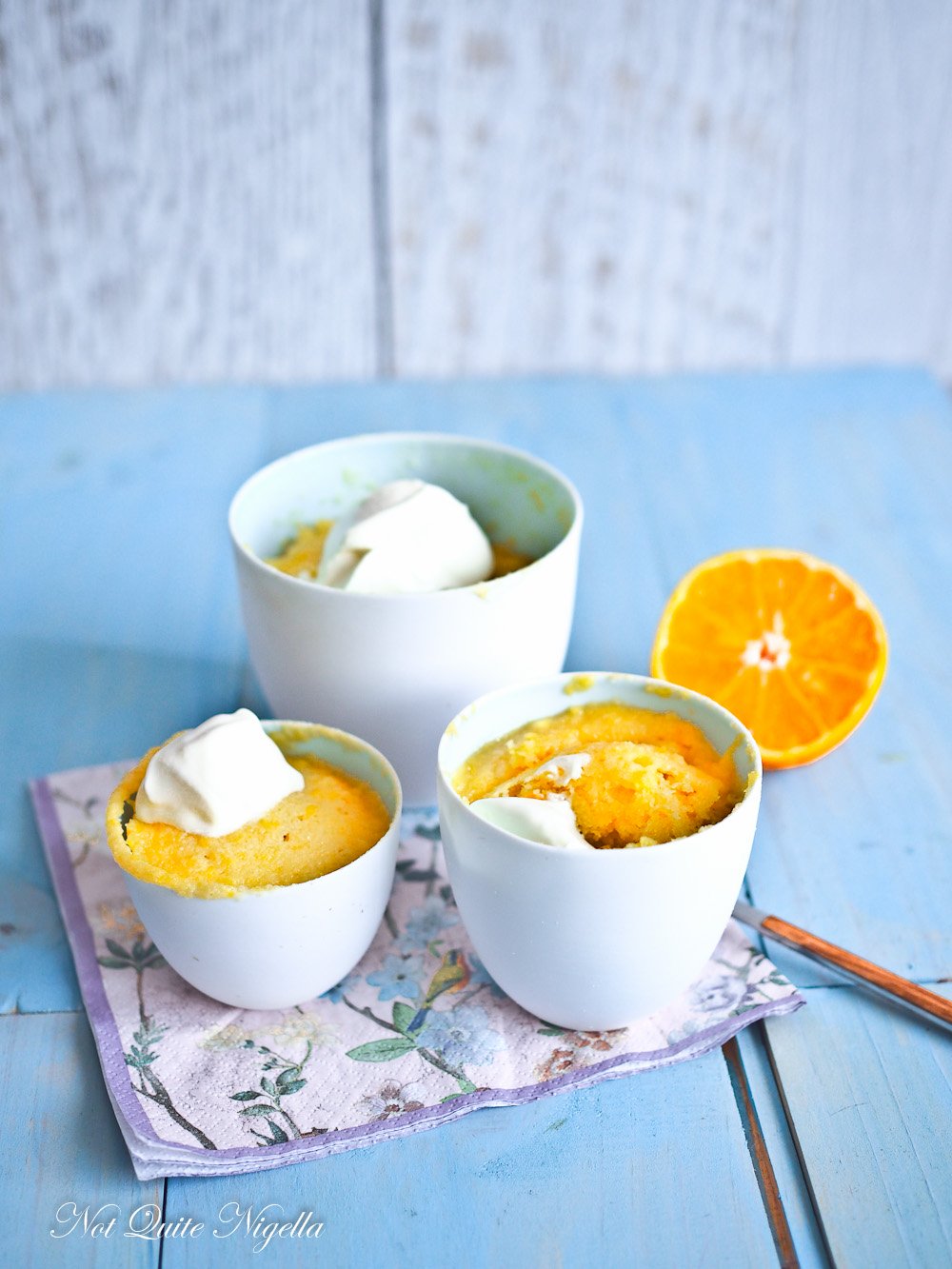 I made copious versions and notes and after making seven versions, tasted them all. Number 2 was the best (it's always the way isn't it?). It was in fact absolutely delicious. And the whole thing can be done quickly (less than 10 minutes) and makes one single mug cake. Just be a bit careful when taking it out of the microwave not to burn yourself! :)

The Magical Orange and Almond Mug Cake in Less Than 10 Minutes! 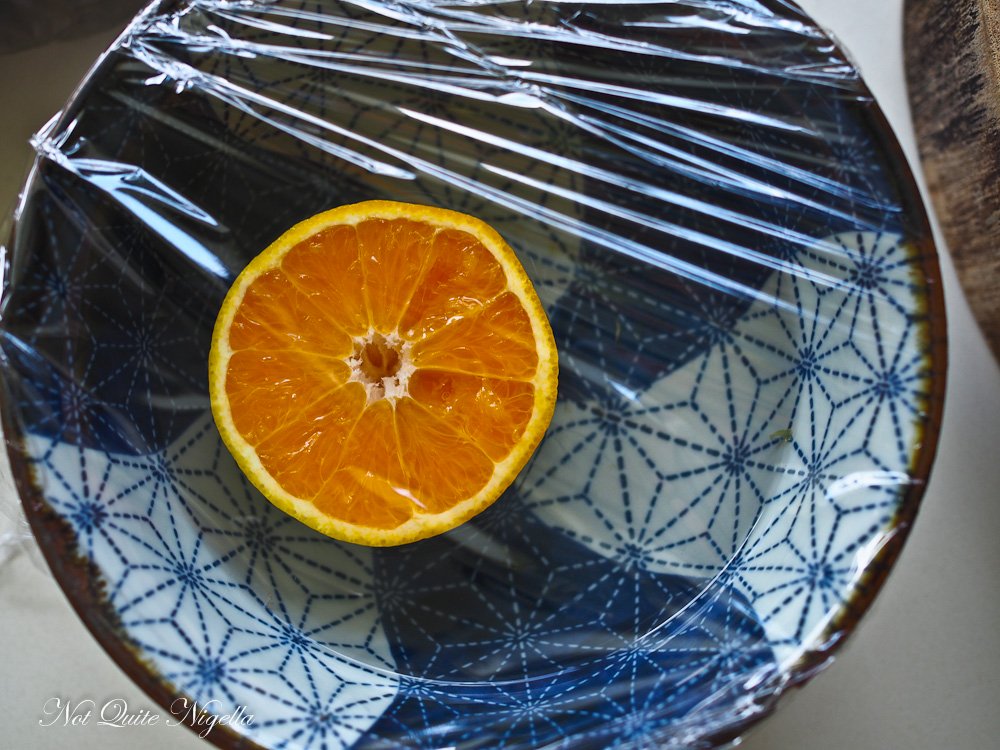 I bet you could have done without this pic right? ;) 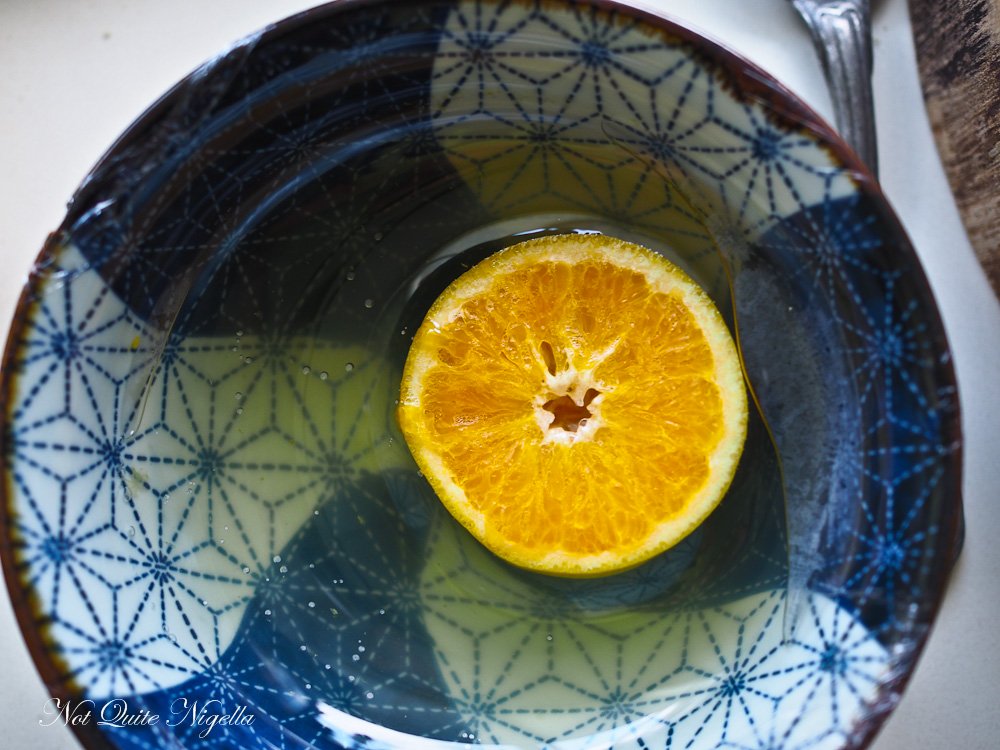 Step 1 - Place the half orange (skin and all but remove the stem end) in a bowl and cover with water. Cover with a plate or cling film and microwave on high for 4 minutes. Drain the water and allow to cool for a minute. 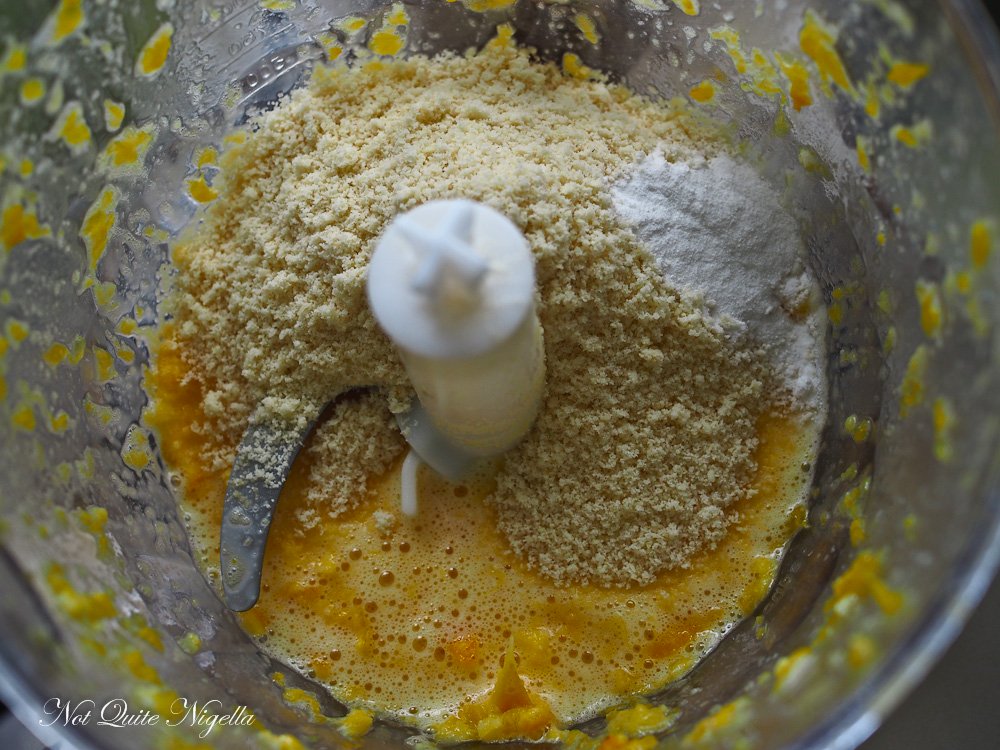 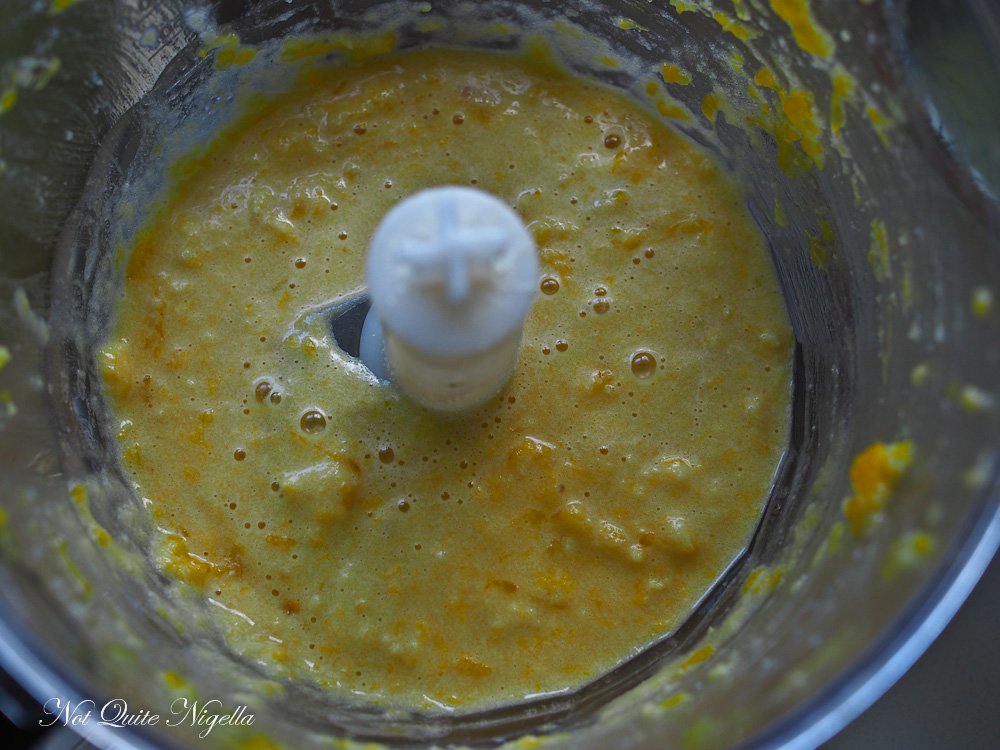 Step 3 - Spoon into a cup filling 3/4 of the way up. Place on a plate (in case of overspill). Microwave for 1 minutes 20 seconds. Serve with a teaspoon of sour cream or yogurt. Any eggy smell will dissipate upon cooling. 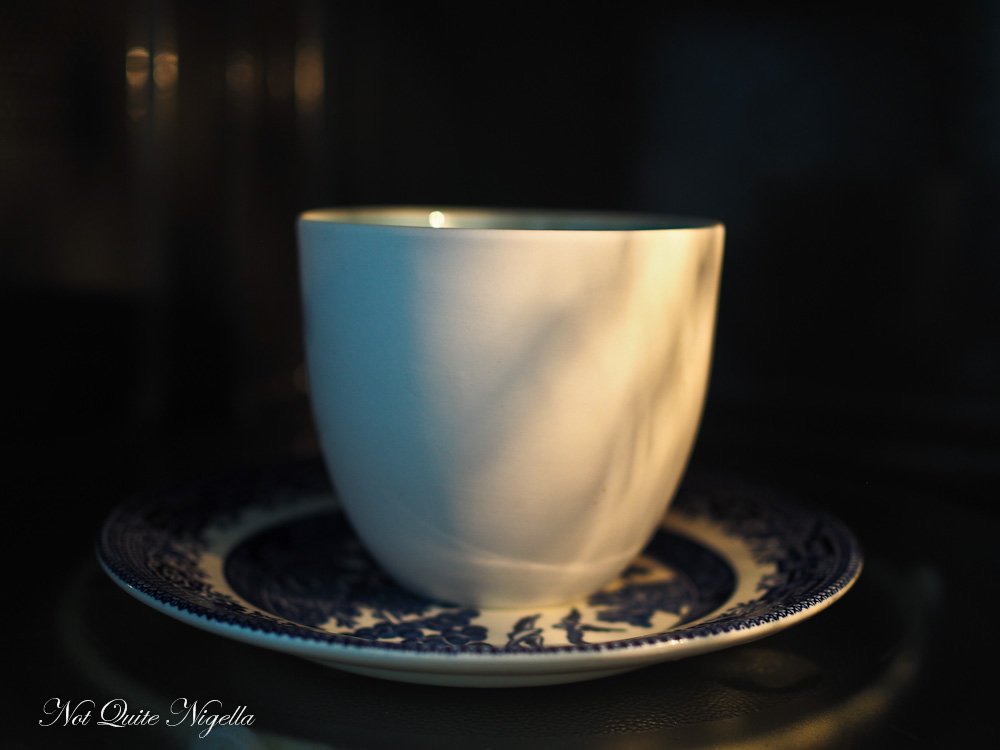 Burnaid is the first aid treatment of minor burns. Always read the label. Use only as directed. If symptoms persist, see your healthcare professional. www.burnaid.com.au Mundipharma Pty Ltd, Sydney.
®BURNAID is a registered trademark CH-0085 Feb 2016