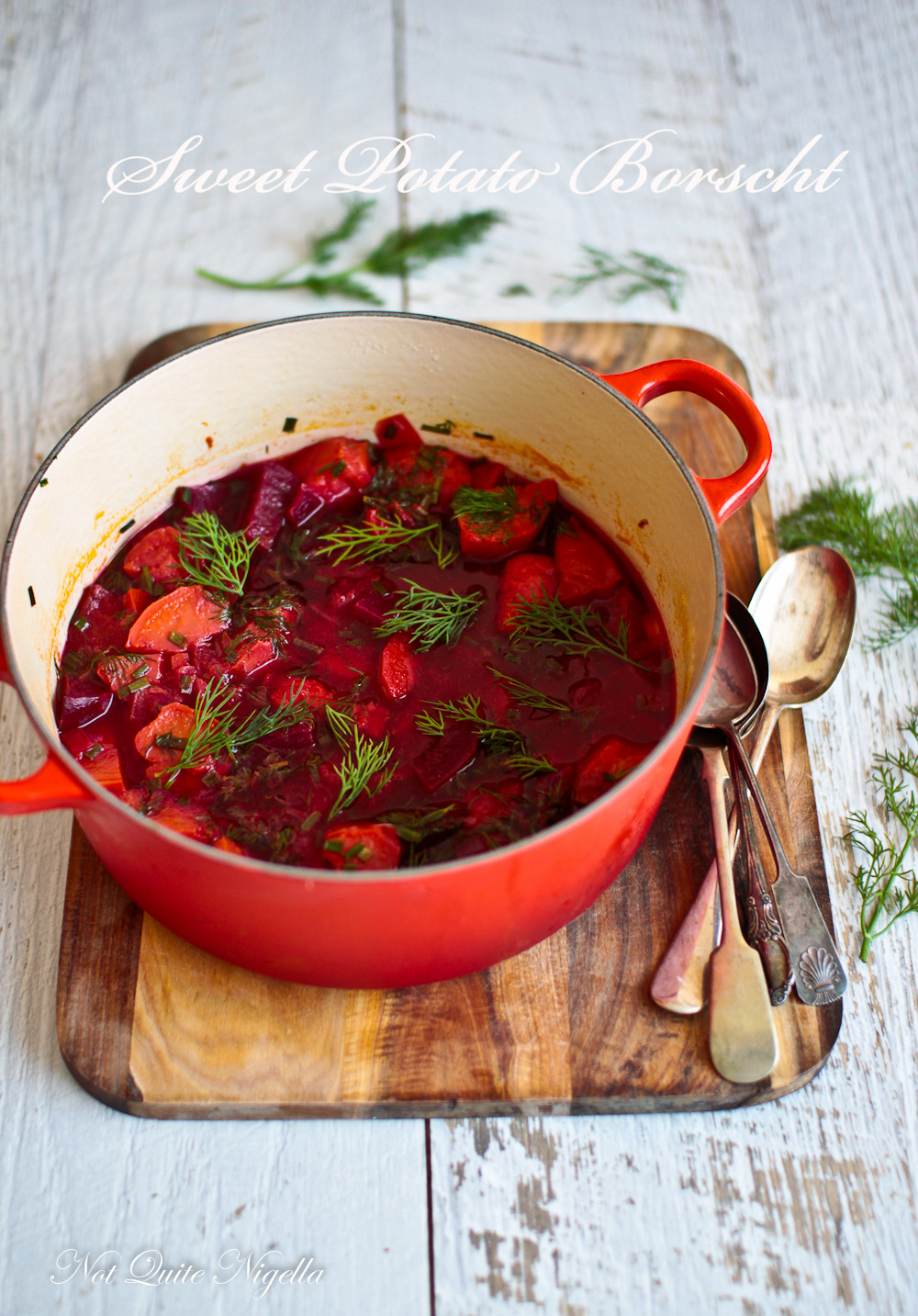 Looking for a super clean soup that is just vegetables, stock and herbs but with loads of natural flavour? Then this sweet potato borscht might be for you. Borscht is usually a soup made with beetroot, potatoes, cabbage and dill swirled through with sour cream at the end but this version is a light, naturally sweet version. It was also never intended to go up on the blog but it was so good that I simply had to share it with you!

This soup was really meant to be a sweet potato and coconut soup, a soup I've made countless times. But as so often happens, I start with one thing and end with another because I can never leave a recipe alone. My soup was bubbling away and then I remembered that I had a single beetroot in the fridge that I never got around to using. 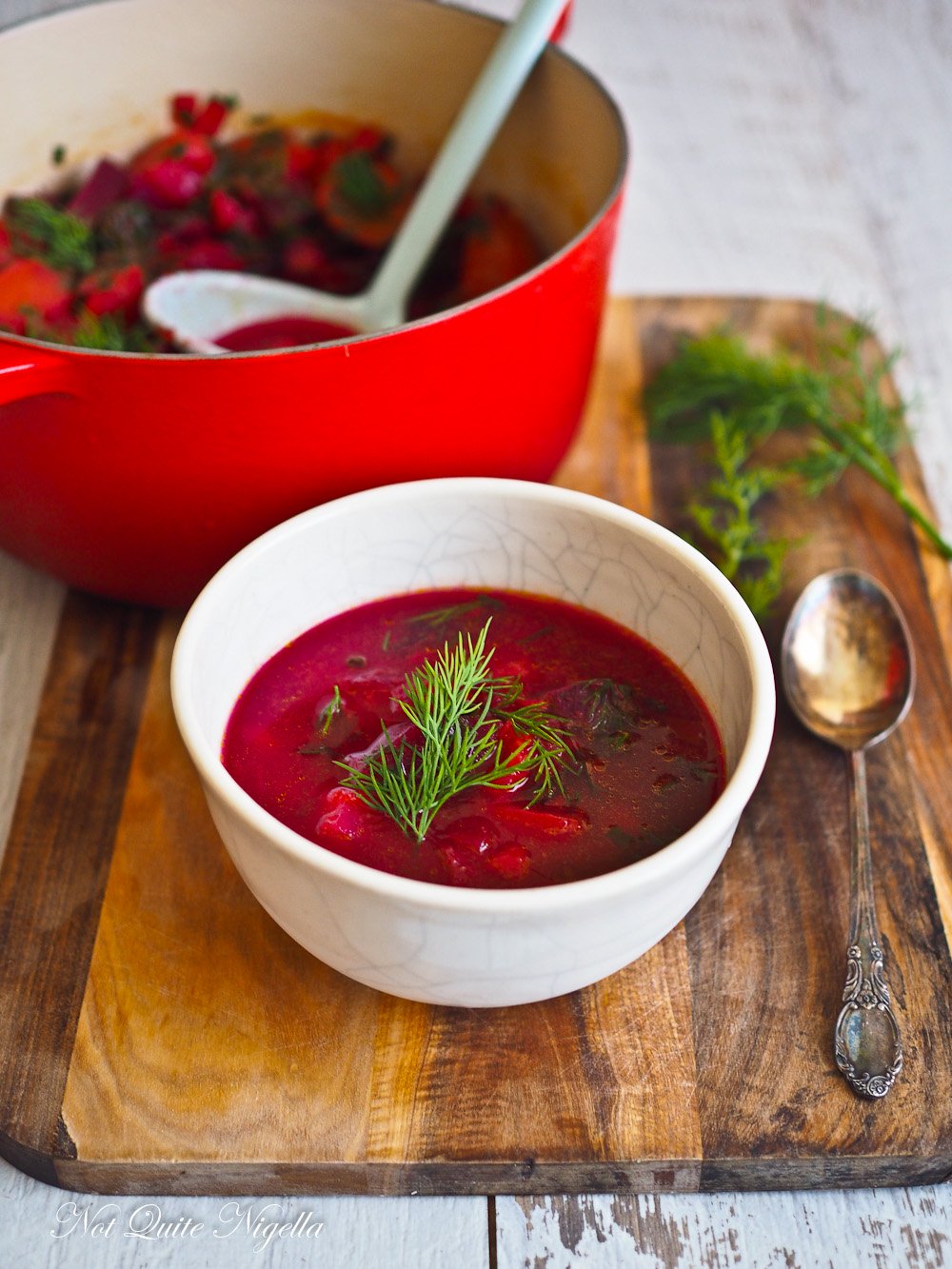 I am not always a fan of beetroot in soups. I once was given a bowl of beetroot soup to eat by my in laws and it tasted, how do I say this.... of dirt. I don't think they'd peeled or scrubbed the beetroot properly and all I could think of was the garden. I was a little worried that the same fate would befall this soup. So I scrubbed the beetroot well and peeled it and in it went.

And then the aroma of this soup tickled my nose. The sensation ran up to my brain and triggered a memory of my teenage years where my Russian best friend's mum Inna would cook borscht. I took a spoon to it and it was so naturally sweet and delicious I knew that I had to share the recipe with you Dear Reader. The soup is full of natural sweetness from the beetroot and the sweet potato. And all I did was add fresh chives and dill and I had one of these soups that tasted wonderful and yet was so good for you.

I felt the need to pair this with a bacon and cheese toastie mind you ;)

So tell me Dear Reader, how often do you make soup? Have you ever tried borscht? Do you know what I mean about the dirt flavour that you sometimes get with beetroot?

Step 1 - Fry the onion and garlic until translucent. Add the sweet potato, beetroot, tomato and stock and simmer for 45 minutes until the vegetables are tender. Add dill and chives and serve.