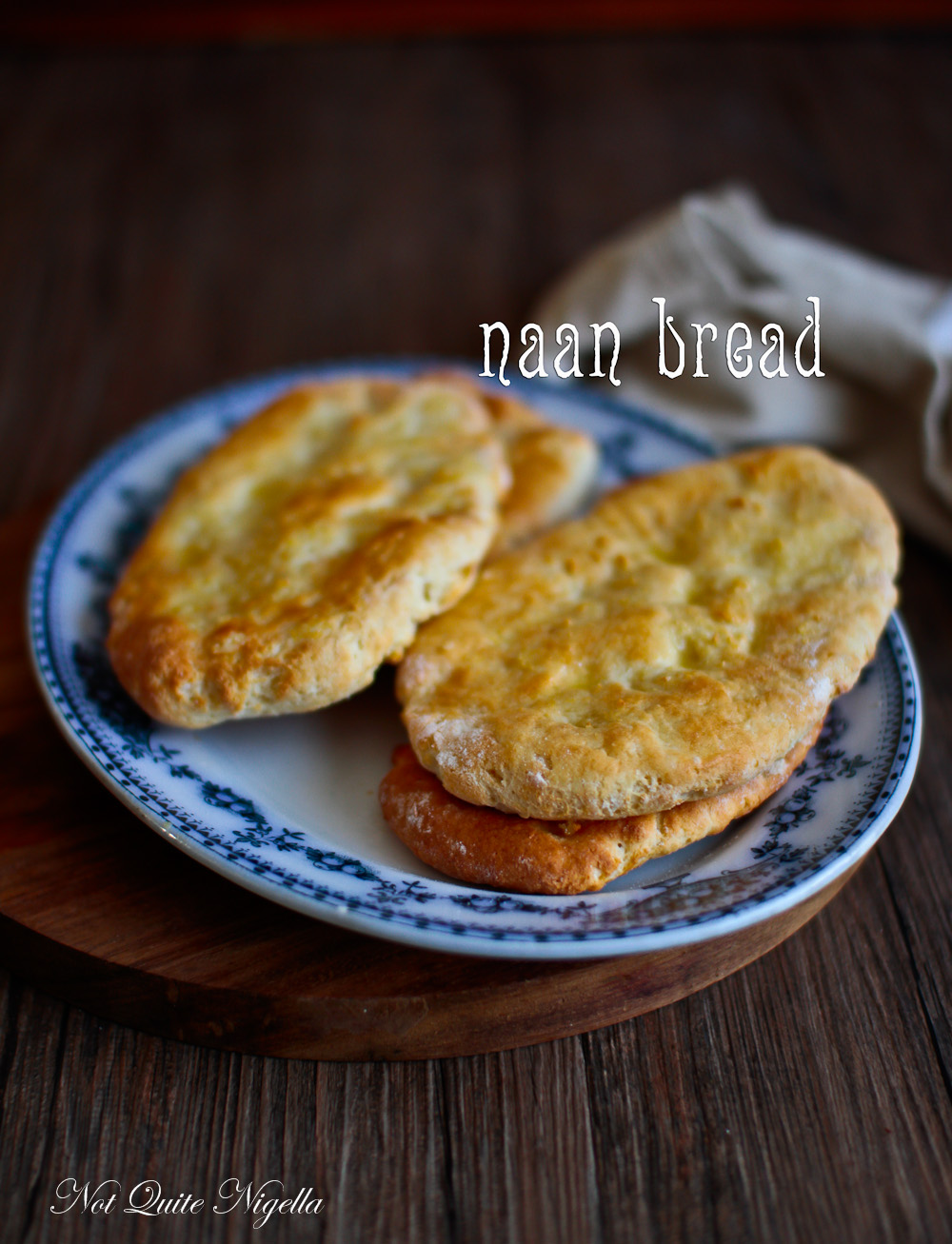 Are you constantly running short of time? Perhaps the idea of making bread or flatbread sounds too daunting. but did you know that you can make the softest, fluffiest naans in 15 minutes from scratch? I kid you not. And I'll even show you on video!

You may know how much I adore you all, my Dear Readers. Whenever I see something that I think you'll like I make a mental note to share it with you. And you are so good to me in return with your loyal readership. I also get restaurant recommendations and recipes from you too. Take one Dear Reader Robbie. She sent me a divine pear and chocolate cake recipe.

Recently Robbie sent me a recipe for naan bread because she knew that I had been searching high and low for a soft and fluffy naan. It had so far proved elusive to me and they were like the beds of the Three Bears-just not right. Her recipe was so simple I had to double check it. Was it really just placing things in a food processor (1 minute including measuring). It was a gorgeous soft dough that didn't need resting at all.

When I rolled it out and dimpled it, I kept thinking about the breads that you buy in the shops and how the best naan is really the naan that you eat in a restaurant as it comes straight from the tandoor. Now I don't have a tandoor oven and this is made in a frypan but having tried a few methods (including one where you fry one side and then grill the top in the oven) I think frying on both sides produces the best result. It's so downy soft and bends so that you can wrap it around something. You could use the same dough to make the Greek pita breads too. They freeze well too if you want to make a large lot. And I promise that this is done in 15 minutes because time really is precious.

Speaking of time, I met another writer on a recent trip. Sheriden and I got on incredibly well, we shared the same sense of humour and we were often found snorting with laughter, eating, being dorks or even trying toilet sashes on and pretending that we were beauty pageant contestants. Anyway I love to sleep and 8 hours is perfect for me and the most challenging thing about travelling is the lack of sleep. But I discovered Sheriden loves sleep even more than I do and she really counts time.

She explained that she needs at least 8-9 hours sleep every night and woe be the person that has to deal with her if she doesn't get it. Once she gets a travel itinerary she counts back 9 hours to ensure that she is in bed exactly when she needs to be. I even witnessed this in action. We had a very early start the next morning and having both discussed our need for sleep I knew that she was looking at her watch as a dinner went late.

She signalled to me that she had to go and with that she politely excused herself before dessert came citing the need for sleep and went back to her room to slumber peacefully and get the sleep that she so needed. As for me I split the difference. I stayed for a bit but then as the night went on, I decided to eat my dessert in my room. Sleep, like time is precious my darlings!

So tell me Dear Reader, do you love to sleep? What is your ideal number of hours? Have you ever made naan before? 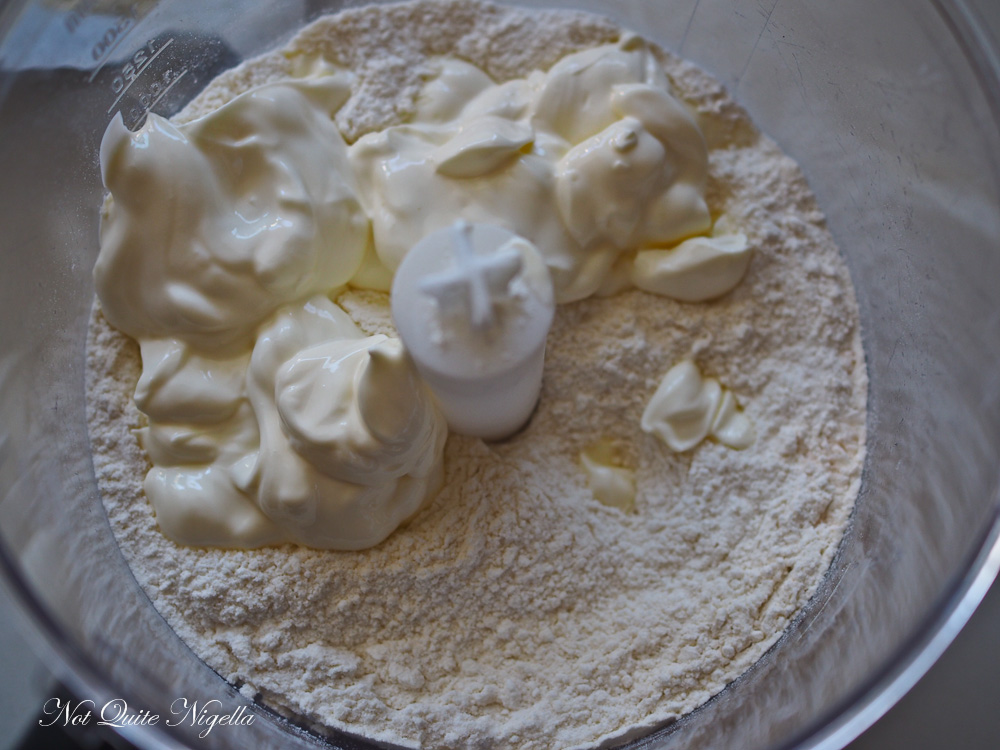 Step 1 - Place the flour, baking powder and salt in a food processor and whizz for a few seconds until combined. Add the yogurt and process until it starts to come together. Knead for 1 minute on a clean, well floured surface. 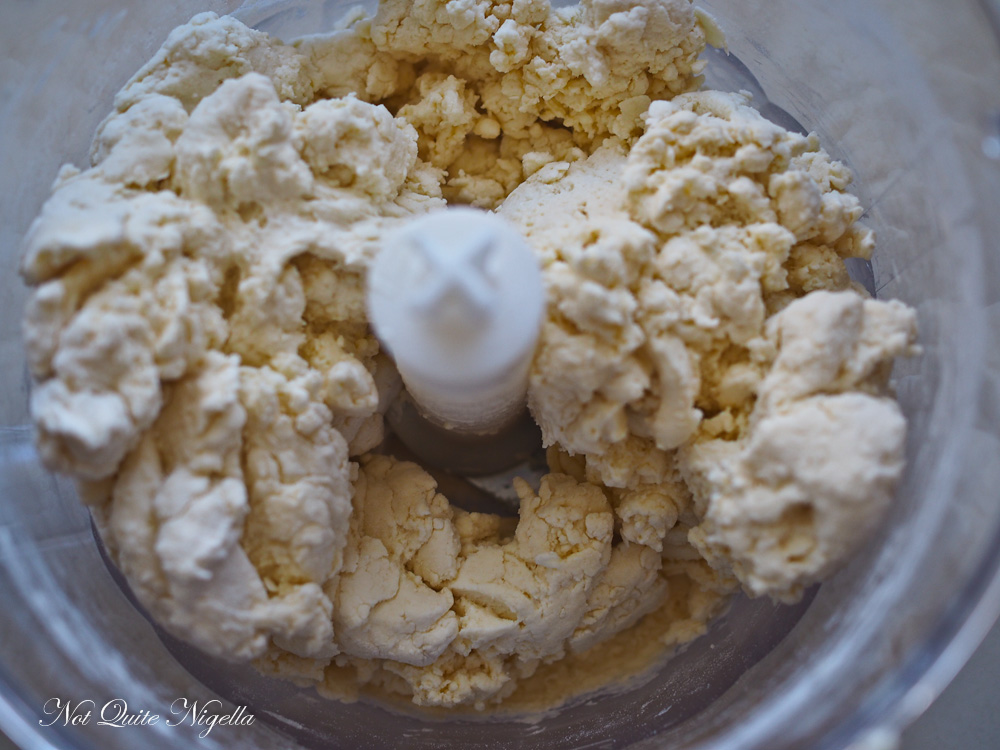 Step 2 - Heat a non stick frypan on high heat. While it is heating divide the dough into six even pieces. Roll out into an oval shape with a small rolling bin and make indents with your fingers. Spray with olive oil spray and place oil side down on the pan. Cook for about a minute and then check, if the underside is golden brown then spray on the uncooked side and flip over. Spread butter and a little garlic on top. Serve hot. 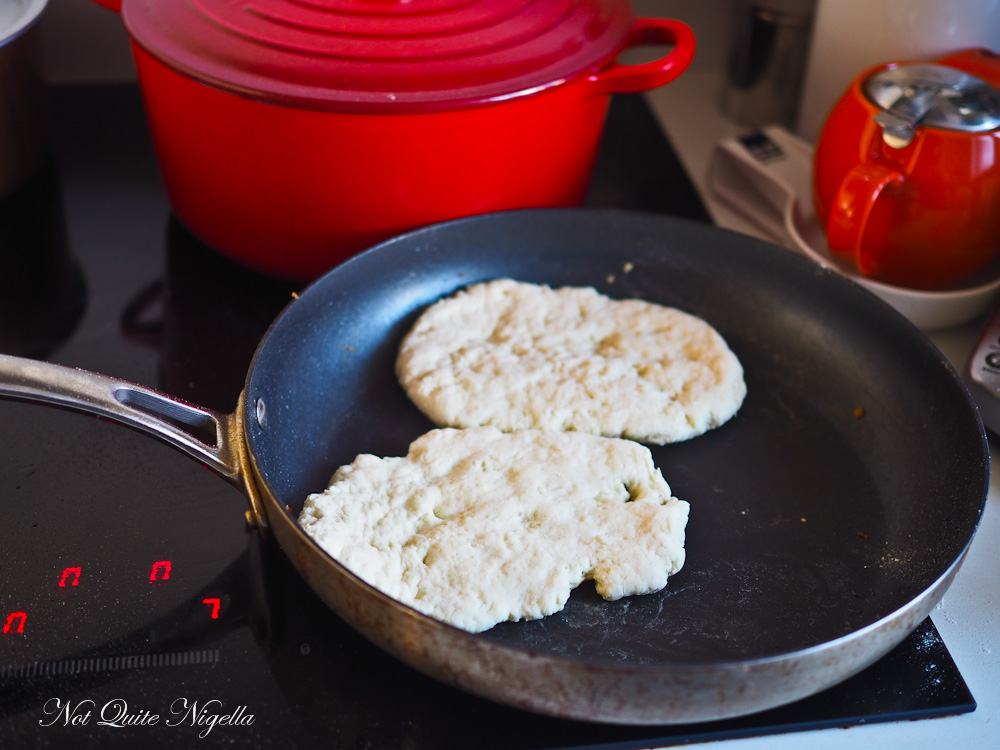 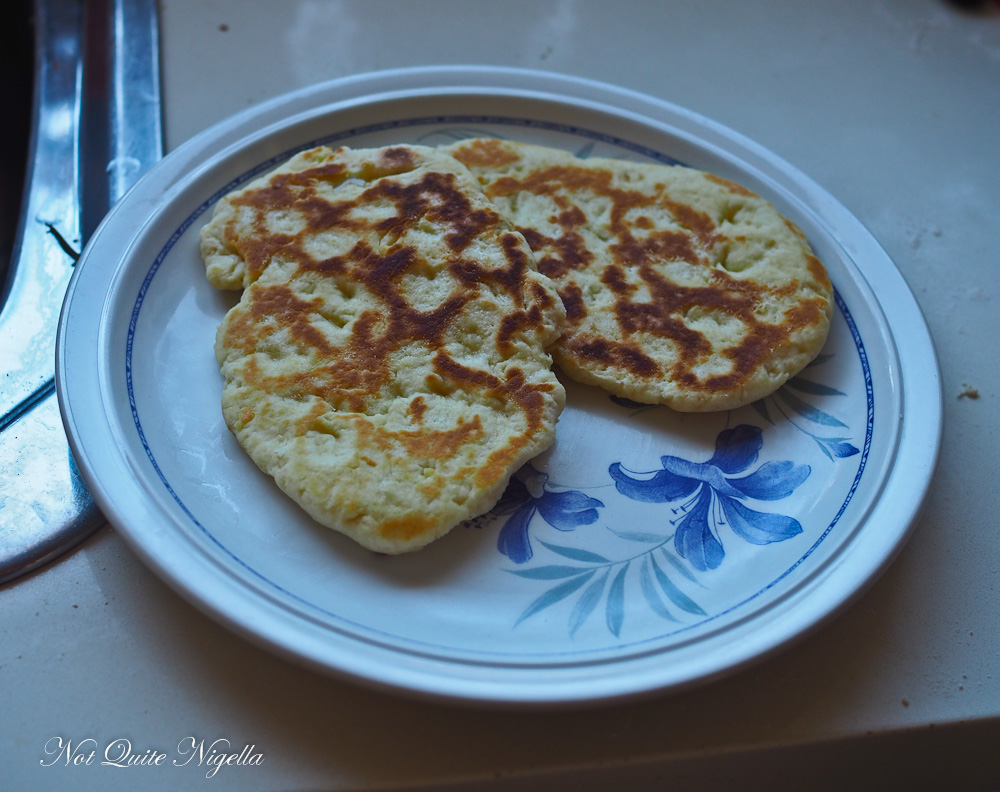