My Father's Birthday at The Plump Duck, Sydney 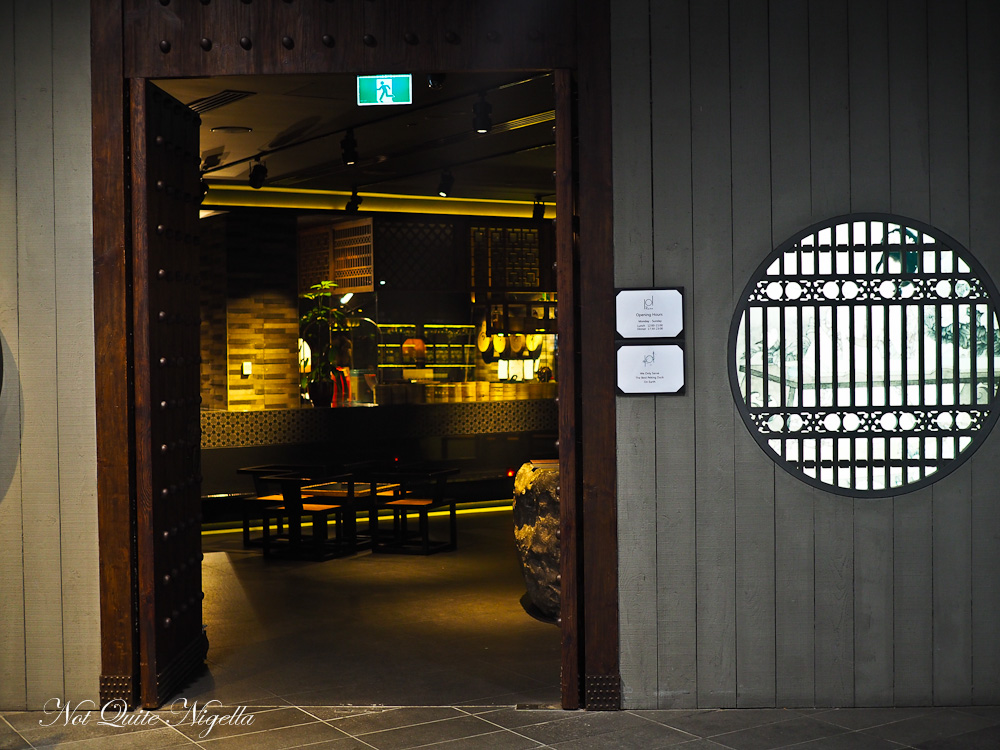 The Plump Duck is a restaurant with a slight identity crisis. The Plump Duck was called Tang Hui until 6 months ago. Prior to that it was China Republic, all under the same ownership. But what is consistent is that it serves Chinese food in an upmarket setting in the World Square shopping complex. And it was the place for my father's birthday. 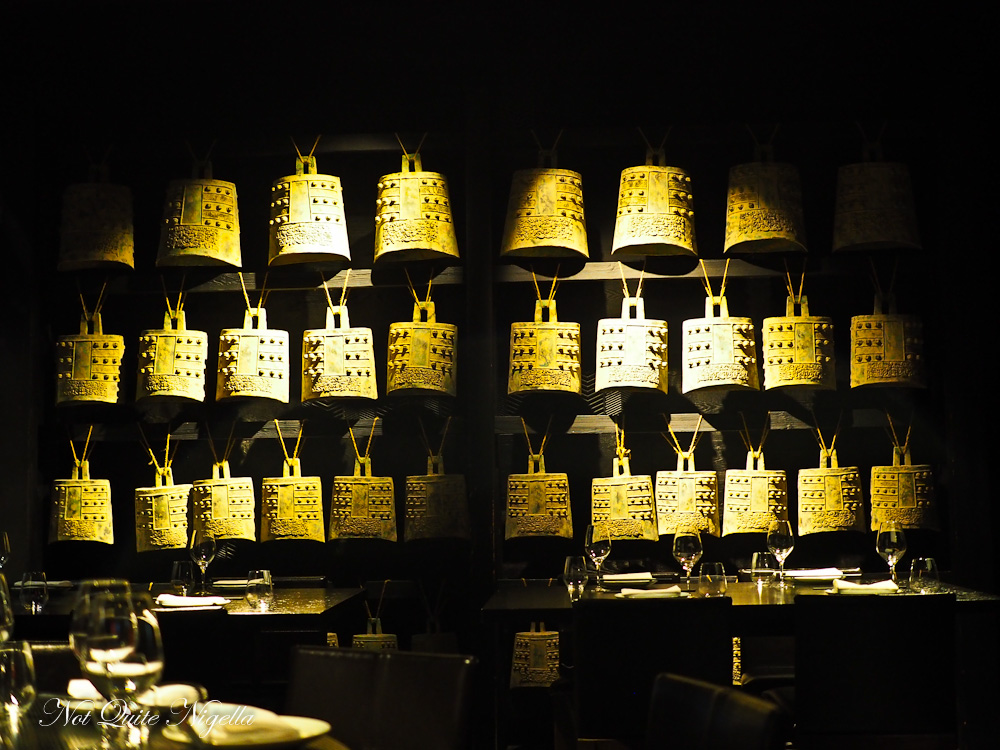 "So it's your birthday today," I say to my dad sitting at a table at The Plump Duck. He shrugs his shoulders and says, "So what?". He genuinely doesn't care about his birthday. We all asked him what he wanted for his birthday and he would only answer "Nothing." 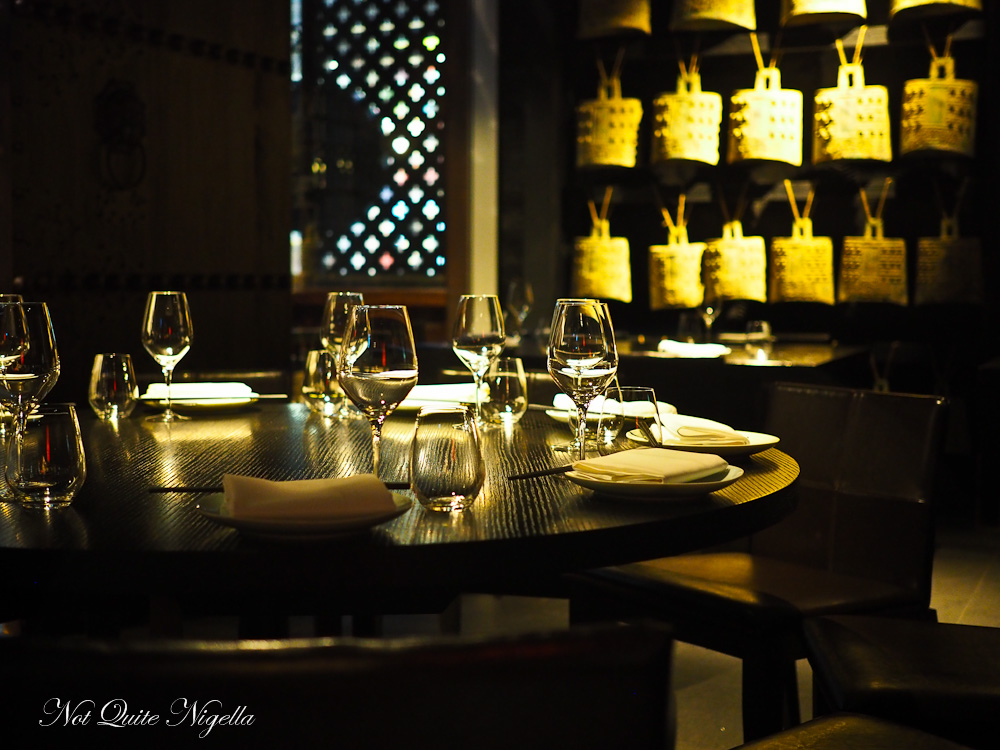 We managed to cajole one request out of him of one item that he wants to eat: steamed fish. The rest he doesn't care about so we order things. There is the signature dish, Peking duck which at $98 is the most expensive Peking duck we've had but it's a special occasion so we order that. We also take some recommendations from our lovely waitress for other dishes. Some are Cantonese favourites but others are fusion dishes, denoted by the country's flag next to the listing. 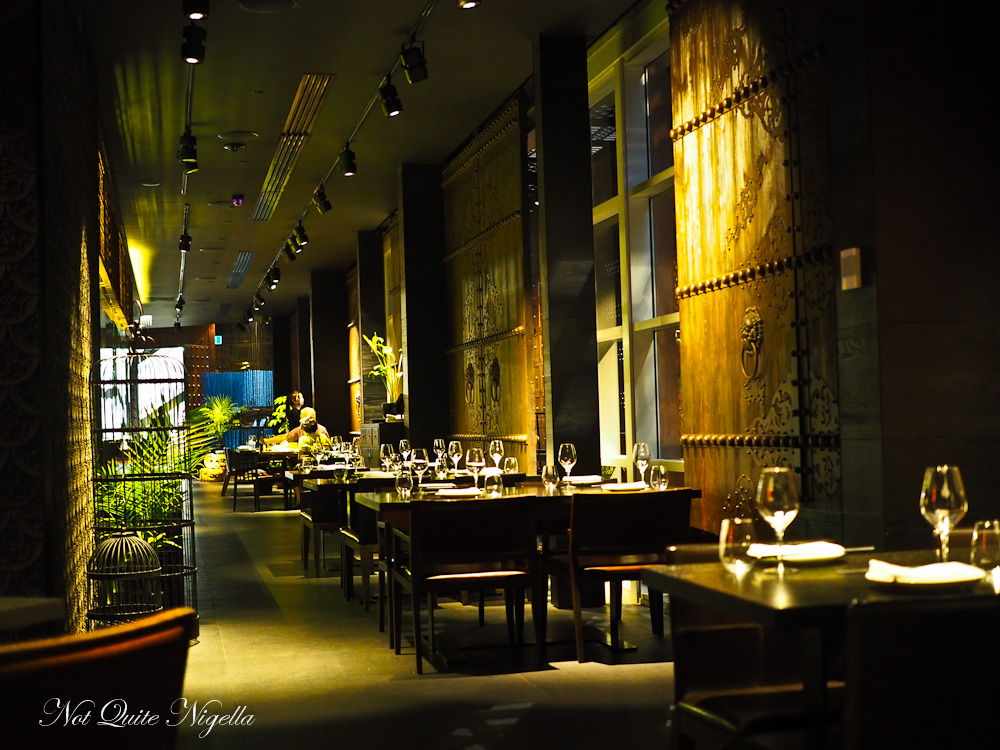 "So what did you do on your birthday?" I ask my father. "Nothing," he answered. But his evergreen dream has come true for a quick meal and soon after we order the food starts arriving in quick succession. It helps that at 6pm we are the first table there but come 7pm there will be more guests in this enormous restaurant. Along with lots of fruit flies. Yep, there appears to be a fruit fly problem at this upmarket restaurant as we swat them away while we photograph dishes. 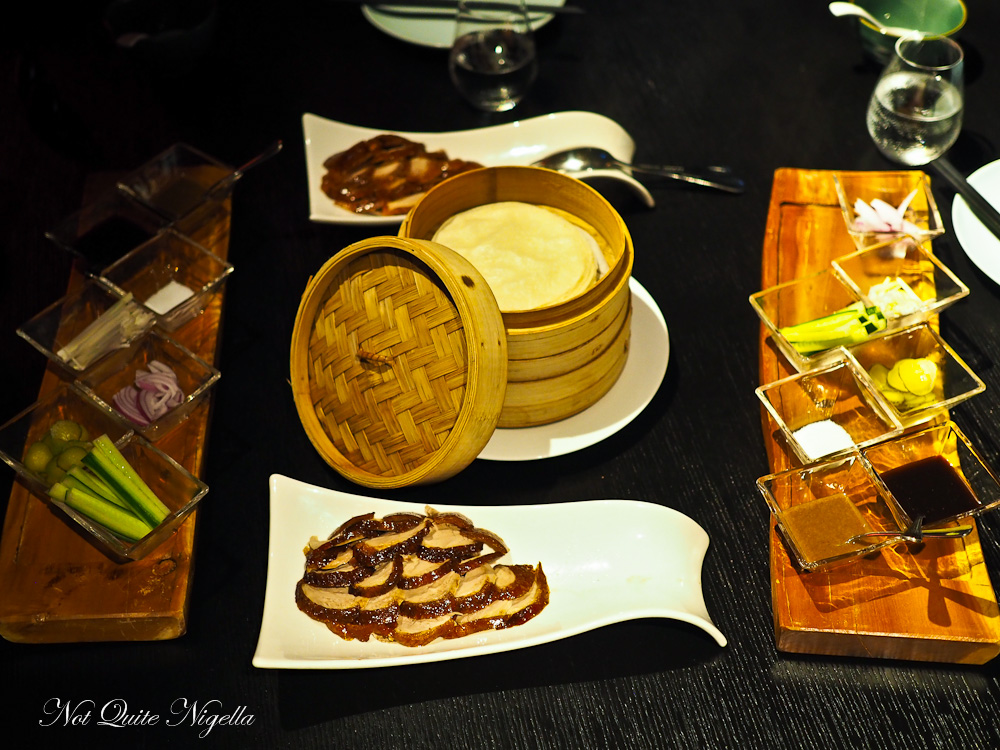 The duck arrives first with two boards carrying an array of accompaniments. There's wasabi ginger sauce, hoi sin sauce, cucumber batons, spring onion, red onion, white sugar and dill pickles. I usually like just the skin in the pancakes but this duck is sliced with the meat too. 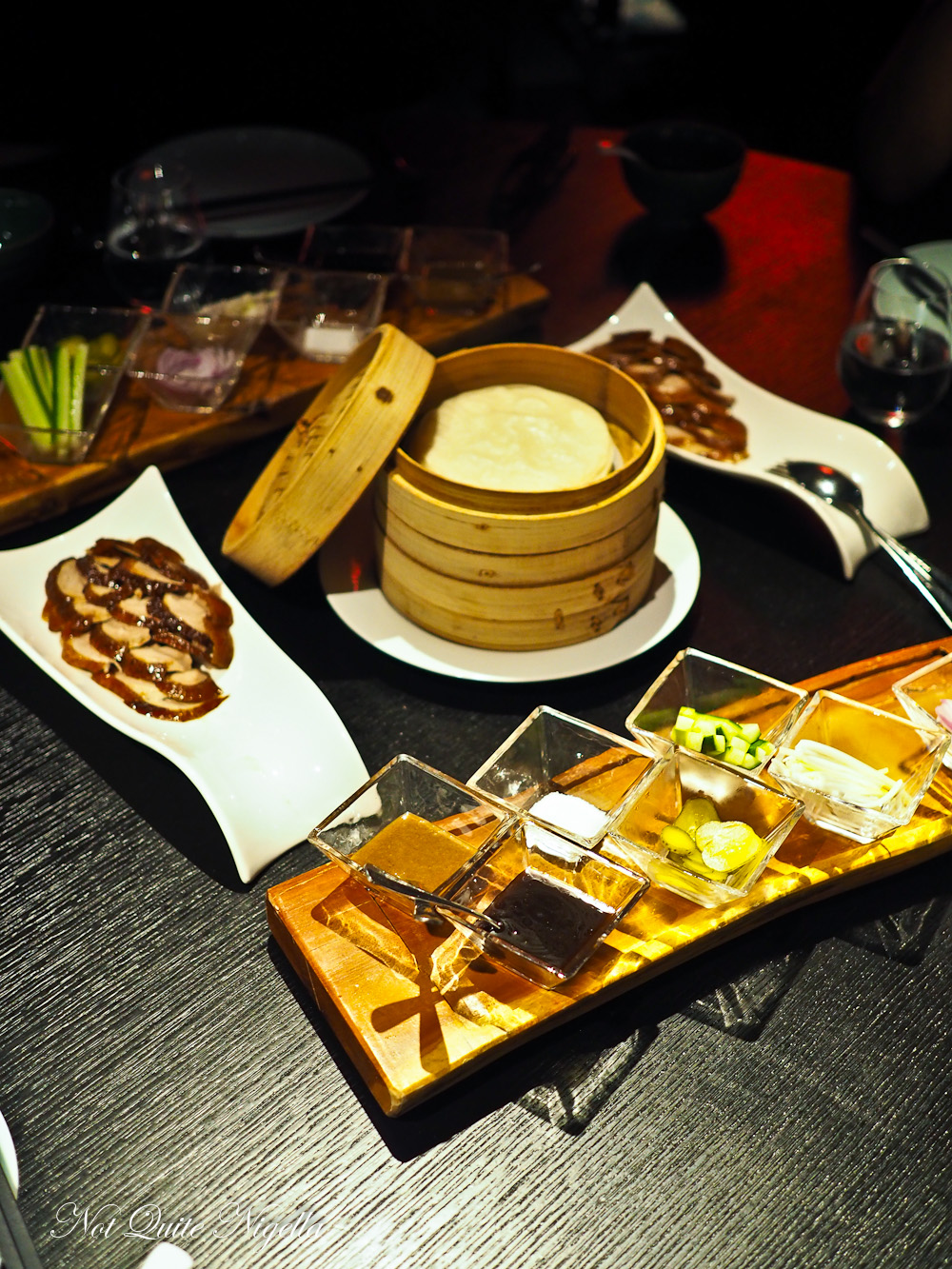 There are plenty of pancakes and duck and this is a plentiful course although given that there is the meat included there is no second course (although they could do a soup like some restaurants do with the carcass). Without counting I think there were enough for around 20 pancakes or so. 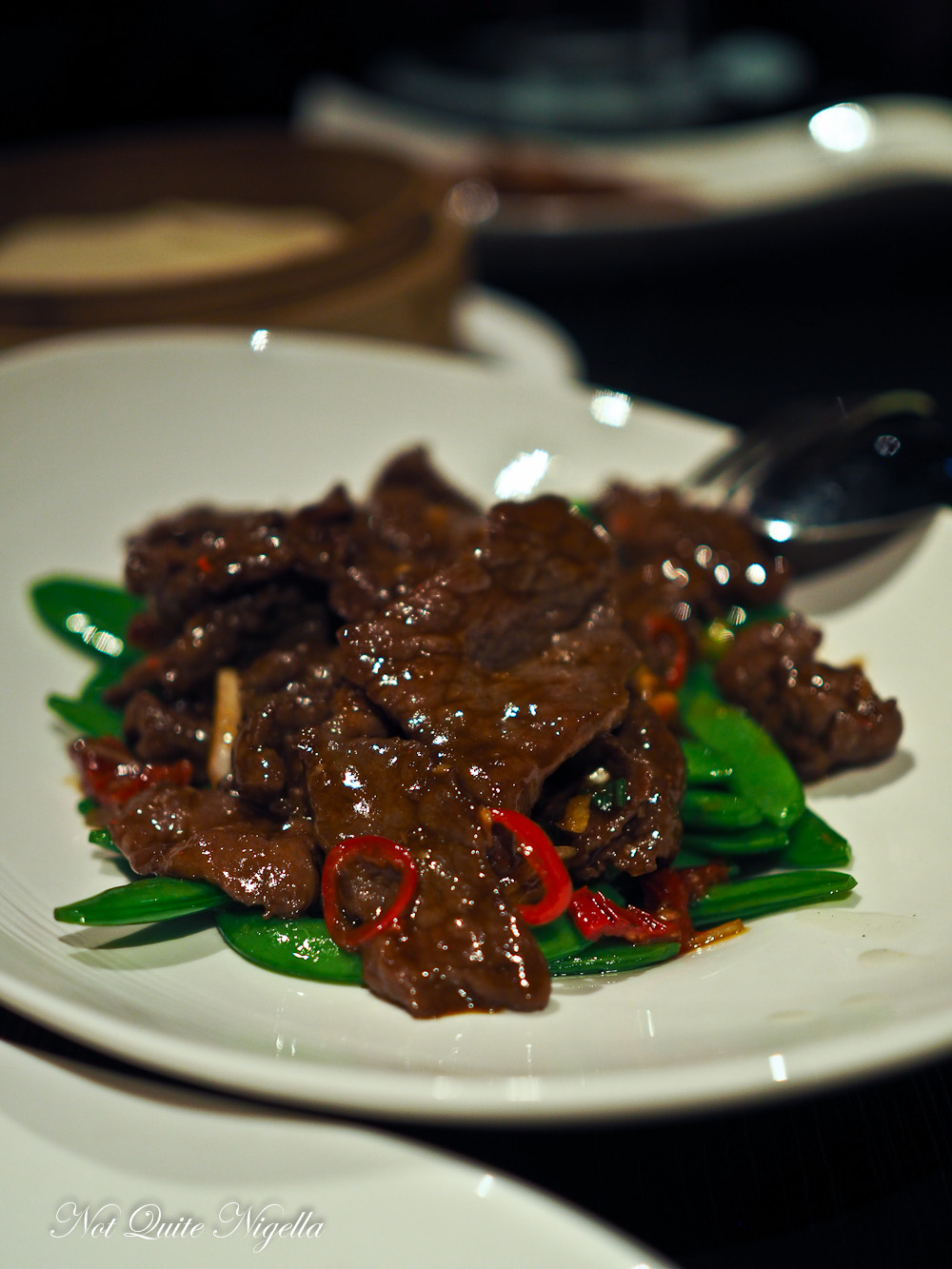 Everything arrives quickly and the wok fried wagyu beef is next with tiny strips of sun dried tomato. For an ingredient as strongly flavoured as sun dried tomato you don't really taste them with the tender wagyu and the sauce. That's not to say that it wasn't good but if you are thinking that the tomatoes might stand out they don't really. I do like the mild kick of chilli. 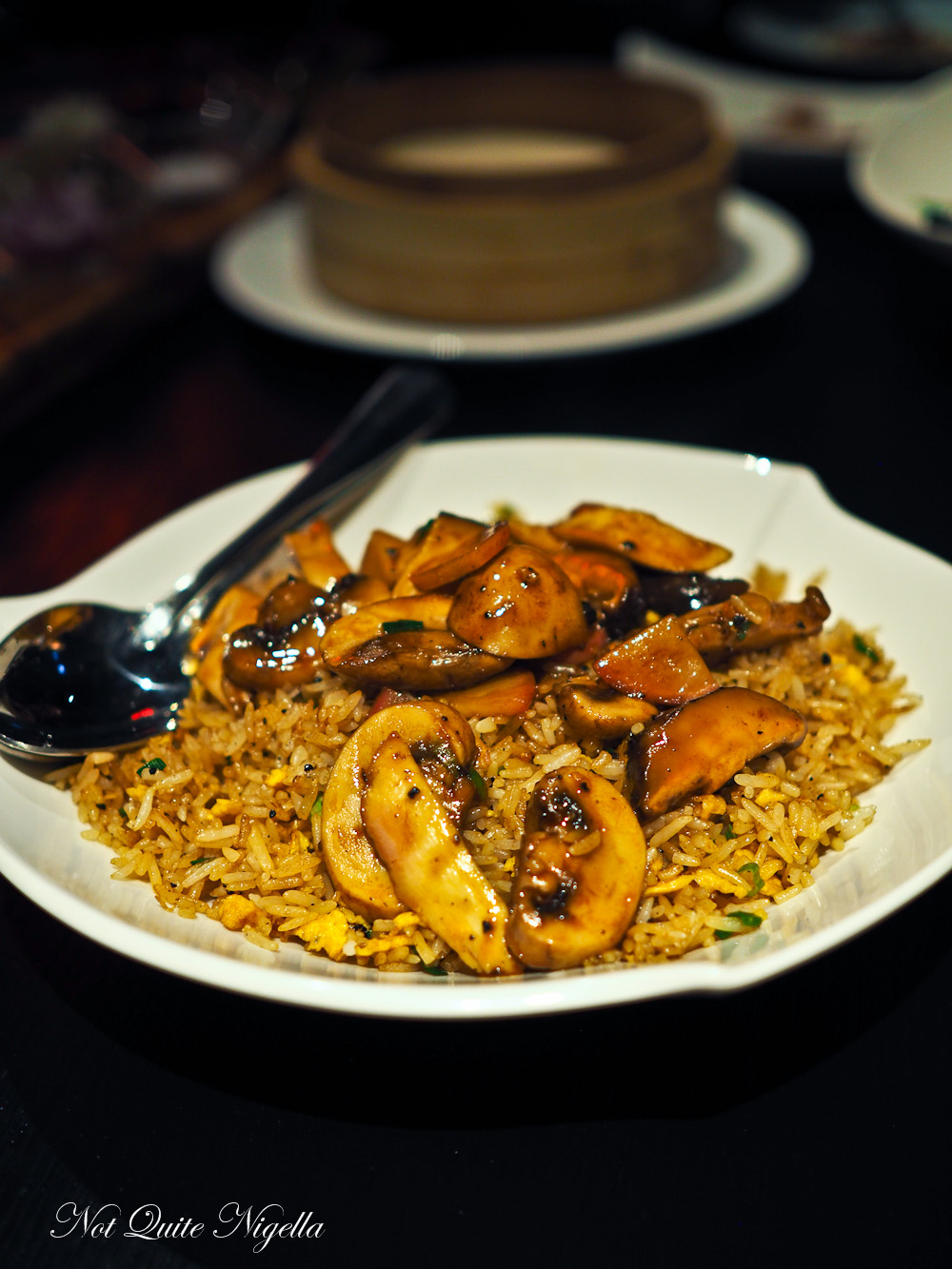 Fried rice at $42 is not something we'd usually order but this is said to be truffle scented. I couldn't smell any truffle at all in this but it did have a nice aroma of wok char to it. But would I order it again? I'd probably go for another one as you're paying a premium for the truffle which is not at all discernible. 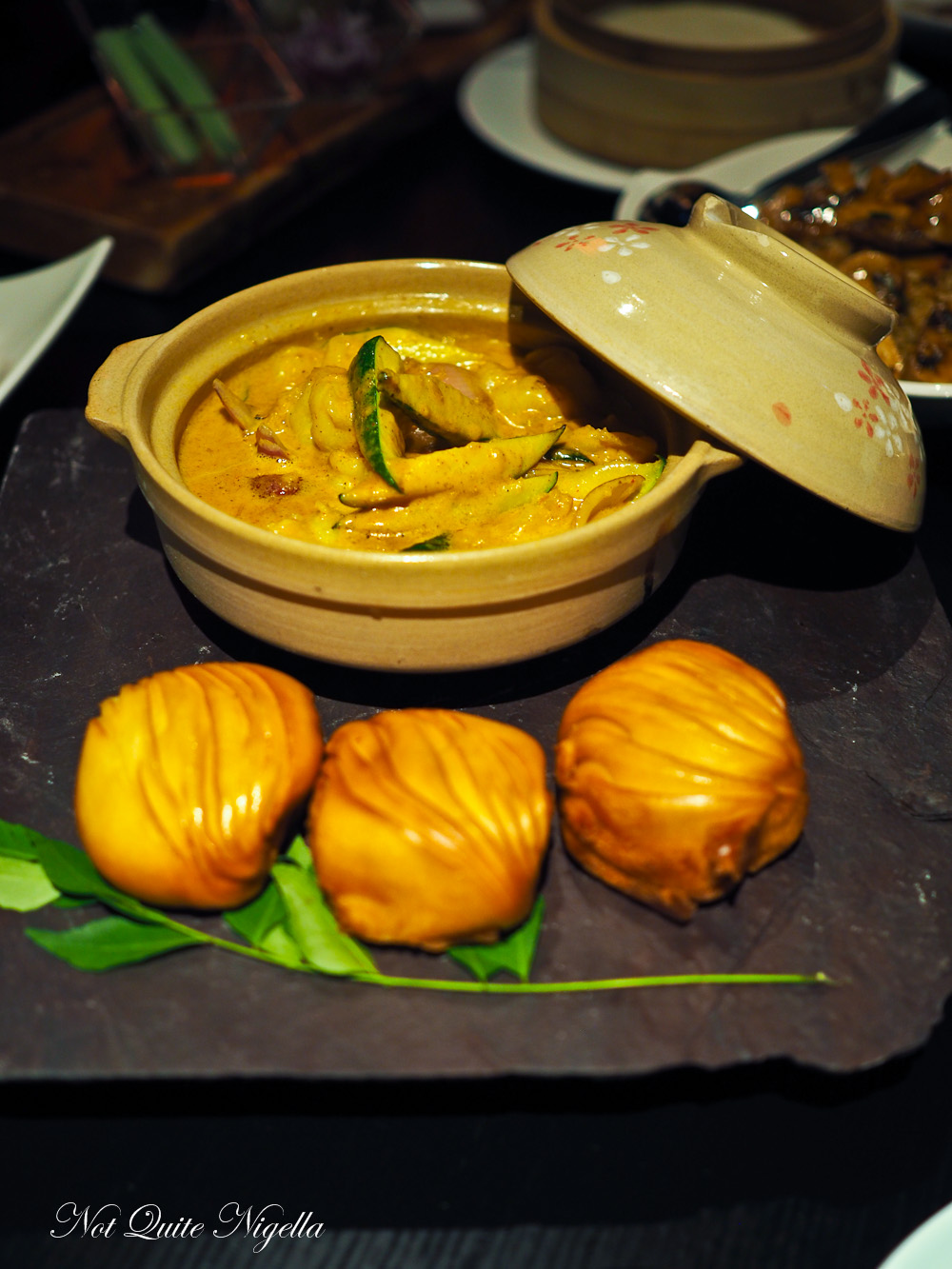 My favourite dish is the curry, a thick, creamy curry with plenty of prawns in it as well as zucchini and chestnuts for sweetness. They come with 3 deep fried mantou buns that are perfect for dipping in the luscious sauce. 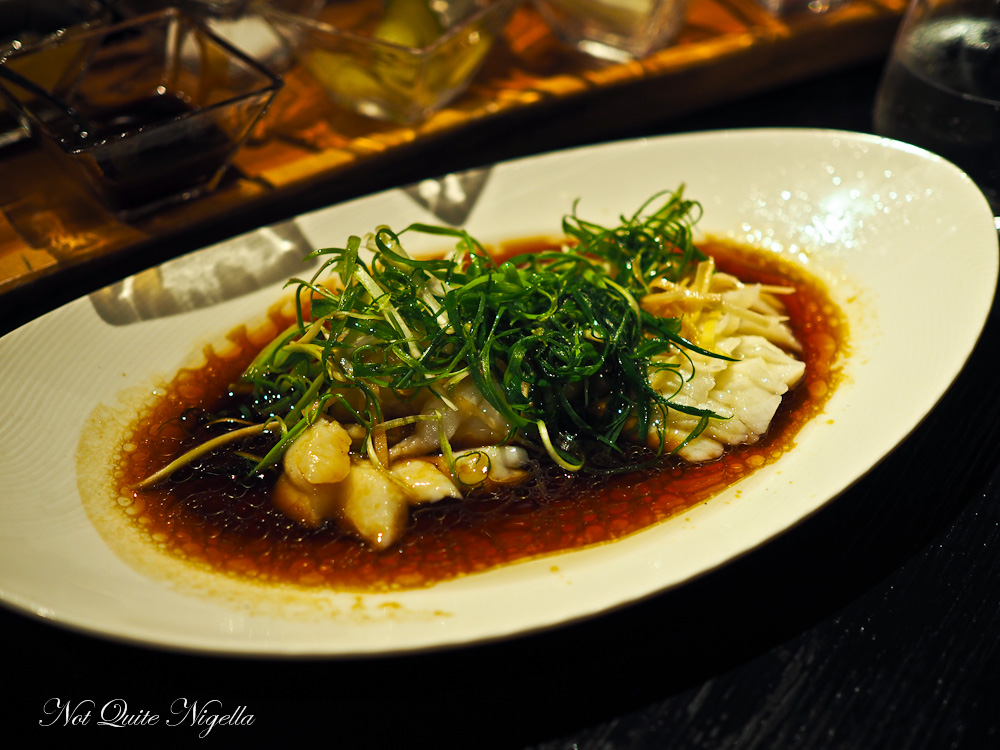 My father loves barramundi (he's a creature of habit) but they have John Dory. We thought that it might be a whole one but it's a fillet. I love the texture of John Dory and my father does too as he's new to John Dory. There are plenty of shallots and soy sauce, a bit more ginger would have been good but my dad seems very happy with this. 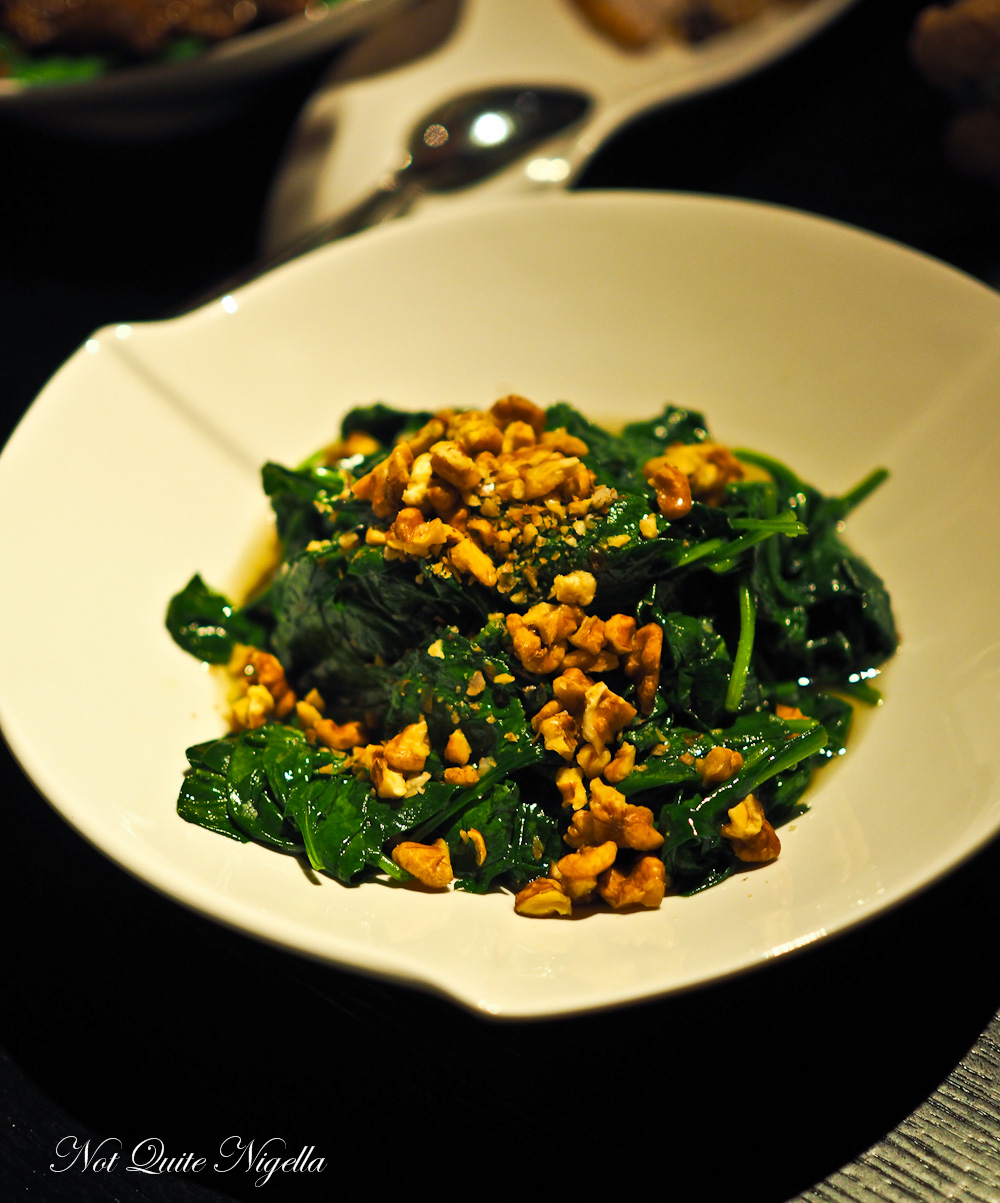 The only dish that we didn't go for is the baby spinach with crushed walnuts because they are quite bitter walnuts. 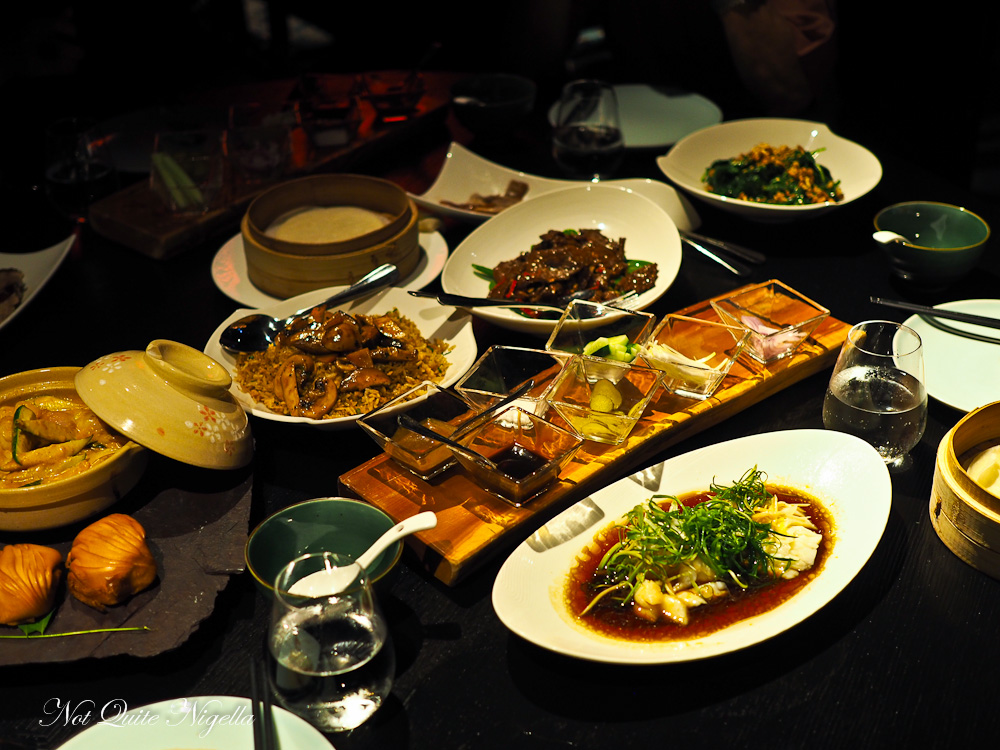 There's no dessert menu, just two offerings including a 4 hour poached pear and a semifreddo but they don't really appeal to us. We're happy to leave the savourites as our last taste plus of course there is birthday cake at home. Of which I know my dad will only ask for the tiniest slice of!

So tell me Dear Reader, what is the most you've paid for a Peking Duck? And would you order one that was $98? What dish do you usually request on your birthday?