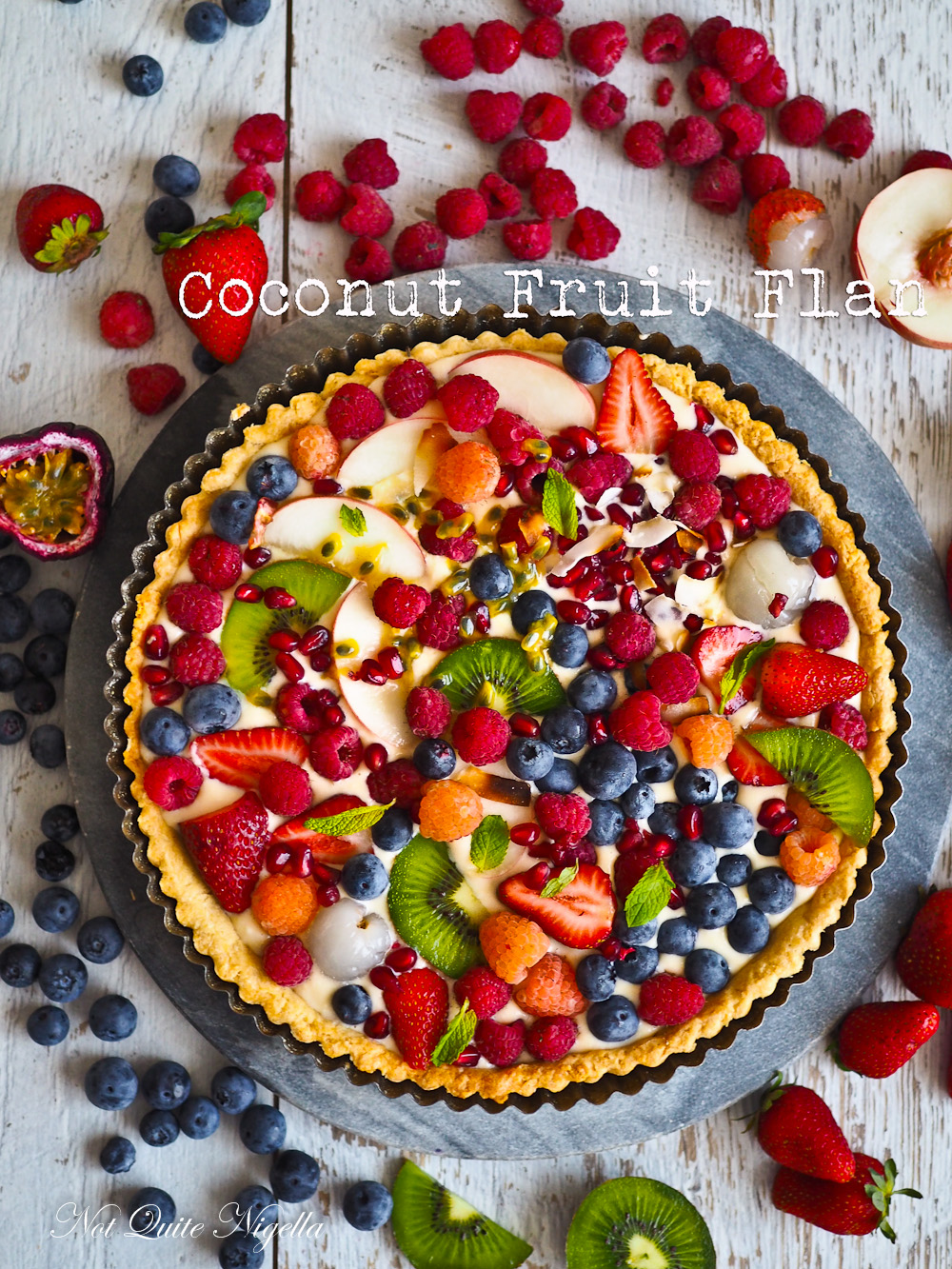 This delightful and colourful coconut cream fruit flan can be done in stages which is ideal for someone that wants to serve something pretty but can't commit to a long session baking. Make the most of colourful fruit available to serve up an Australian take on a classic French fruit tart!

I have to be honest, this isn't one of those fast desserts that you can whip up but ironically it suits that person that is busy. You can make the base one day and then bake it the next and then keep it in an airtight container for a few days while you find a little window to do the custard. And same goes for the creamy coconut pastry cream custard. And then you can put it all together when you want to serve it.

A blessing is that the fruit decoration is already pretty much done thanks to the wonderful berries and fruit that we have. I did this in parts because it's hard to get a big window of time over the weekend when things are pulling you in every different direction. 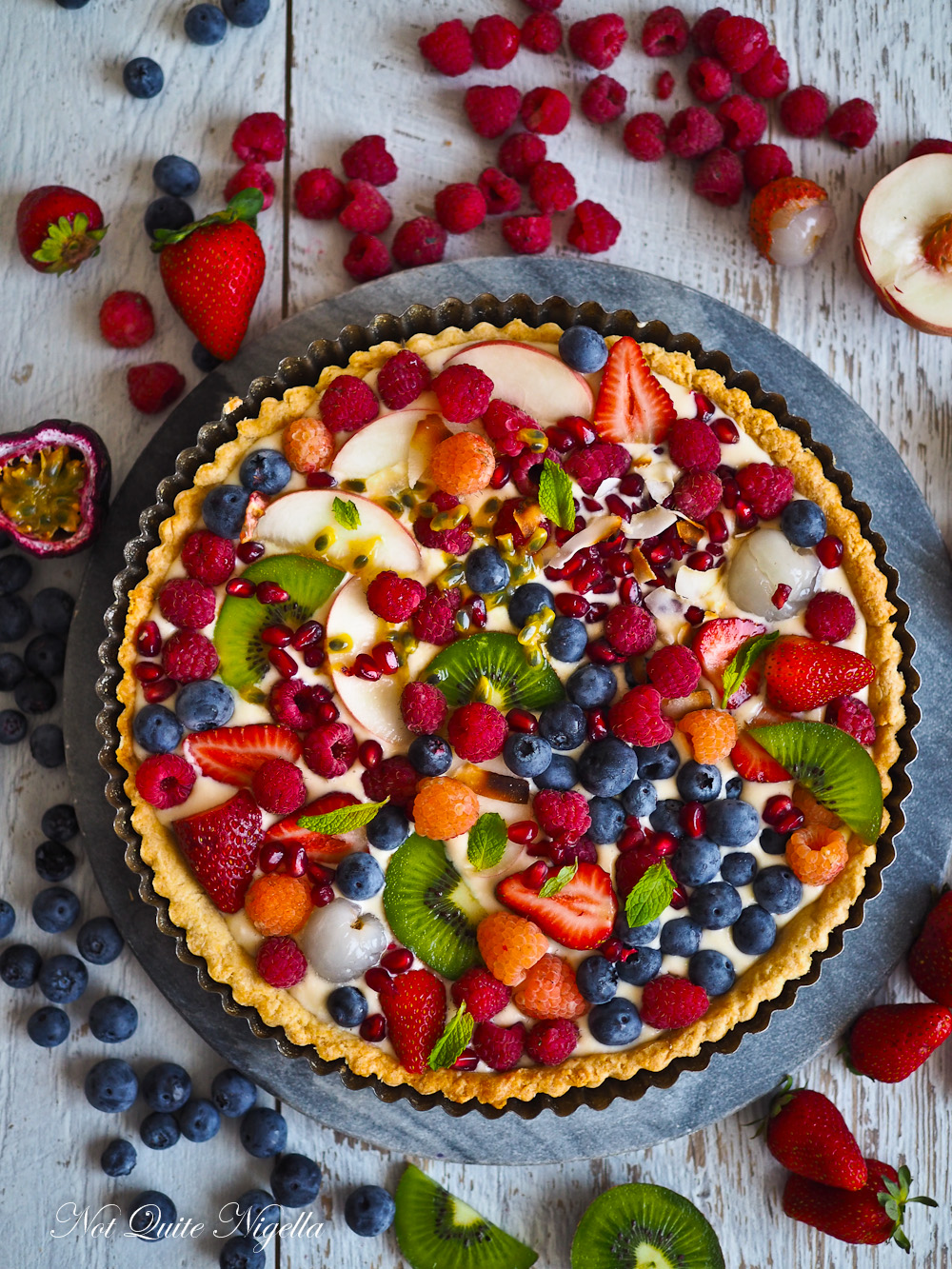 Dear Reader I've been practicing relaxing lately. Mainly because I pushed myself so hard towards the end of the year last year that I actually felt like I craved the longest sleep ever. And Mr NQN and I have found ourselves a new television show that we are both addicted to. It's an American show called "60 Days In" and it has the craziest premise. A group of regular people "mystery shop" a prison by pretending to be inmates and let the prison warden know what the problems are with the prison system but also how many illicit behaviours are carried out.

I still can't believe that they managed to get insurance for the people to go in. And you can imagine the type of people they get are quite unusual with differing motivations (and there is one very creepy man that just doesn't seem like he has all of his faculties intact and worse still, he teaches children!). The show is best watched with your mouth wide open aghast at the happenings, preferably with a slice of this coconut fruit tart to spoon into said mouth.

So tell me Dear Reader, do you like recipes that you can make bit by bit? And would you ever volunteer for prison? Have you seen 60 Days In? 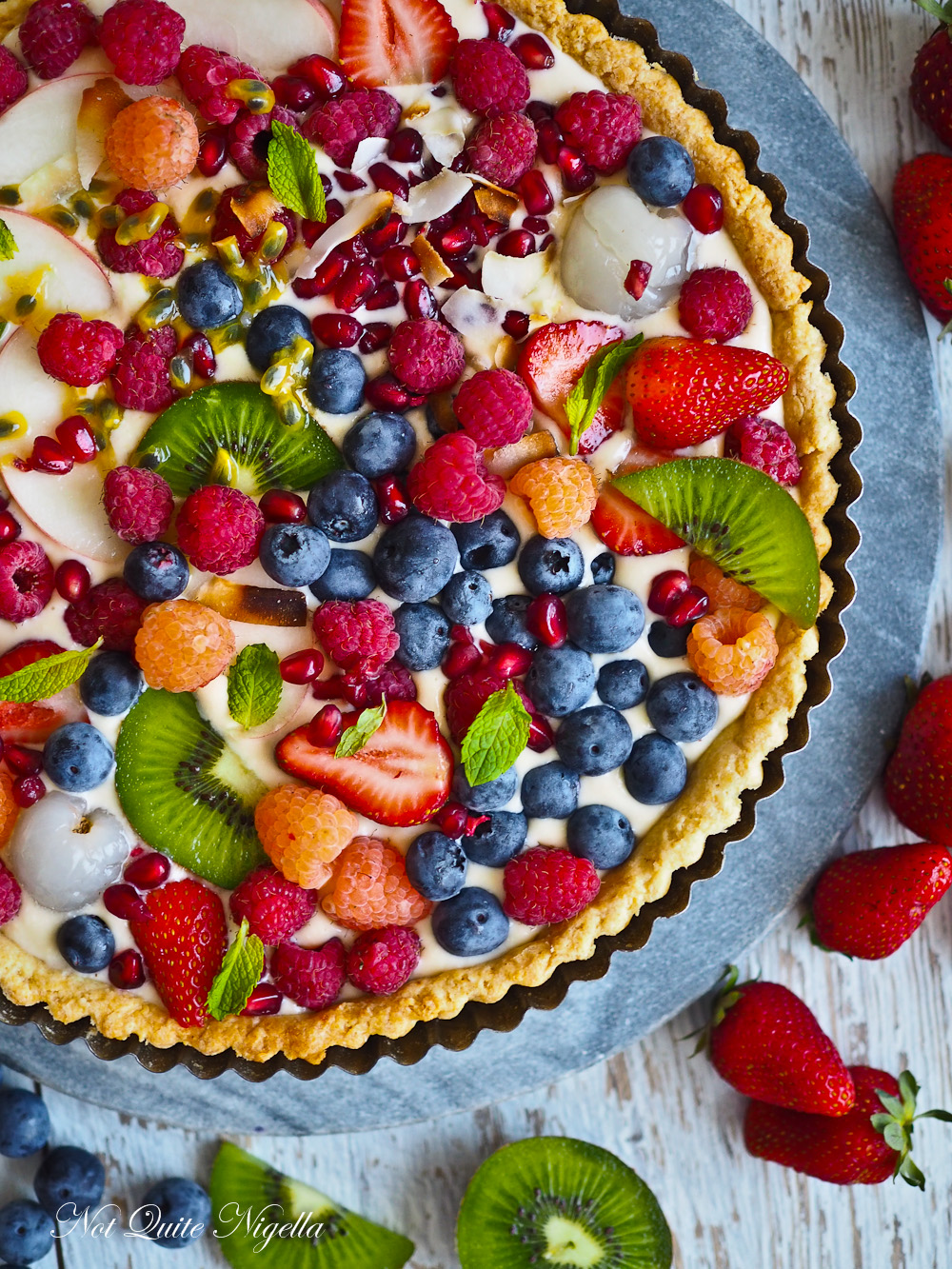 Step 1 - Place the flour, sugar, egg and butter in a food processor and process until you get fine sandy crumbs. Add the ice water first 1/4 cup and then a little more if needed. Roll into a ball and cover with cling film and refrigerate for 1 hour.

Step 2 - Meanwhile make the coconut creme patissiere as it will need to cool. In a large jug, whisk the egg yolks and sugar until pale and fluffy. Then place the coconut cream, milk and cornflour in a heavy bottomed saucepan and heat on a low to medium heat until thicker with bubbles.

Step 3 - Add one ladleful of the hot liquid into the egg yolks and whisk to combine. Then add another and whisk and then pour the whole jug of egg yolk mixture back into the saucepan and return to the heat to thicken further. Once it has had a couple of minutes to thicken stir in the butter and vanilla. If there are too many lumps you can sieve it. Place in a bowl and cover with cling film and allow to cool and thicken further. 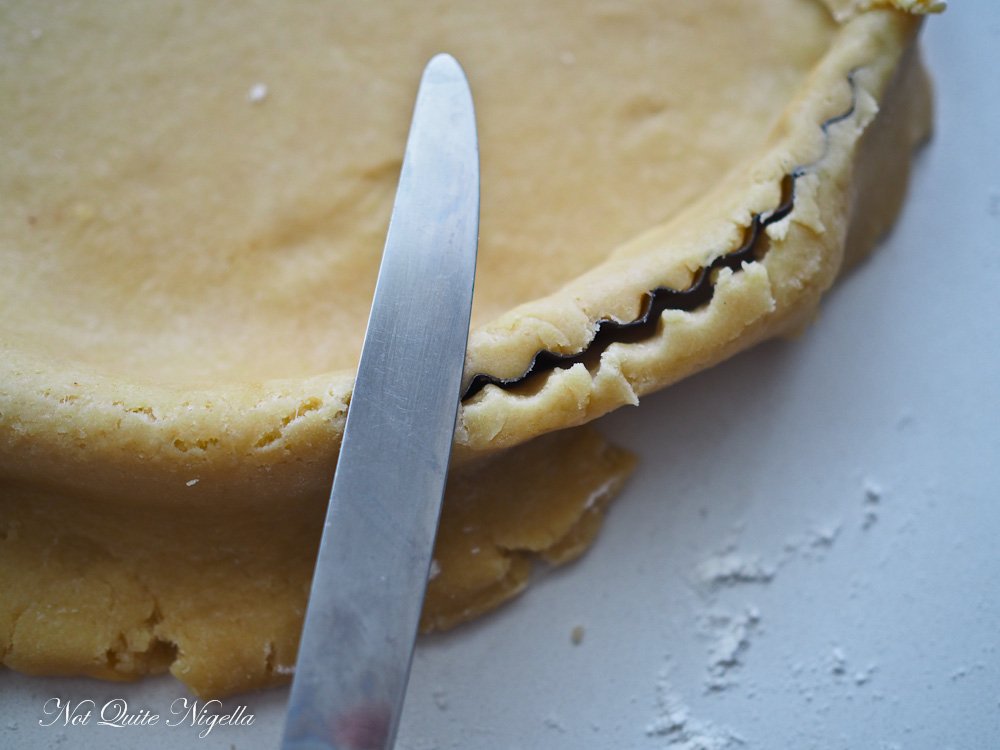 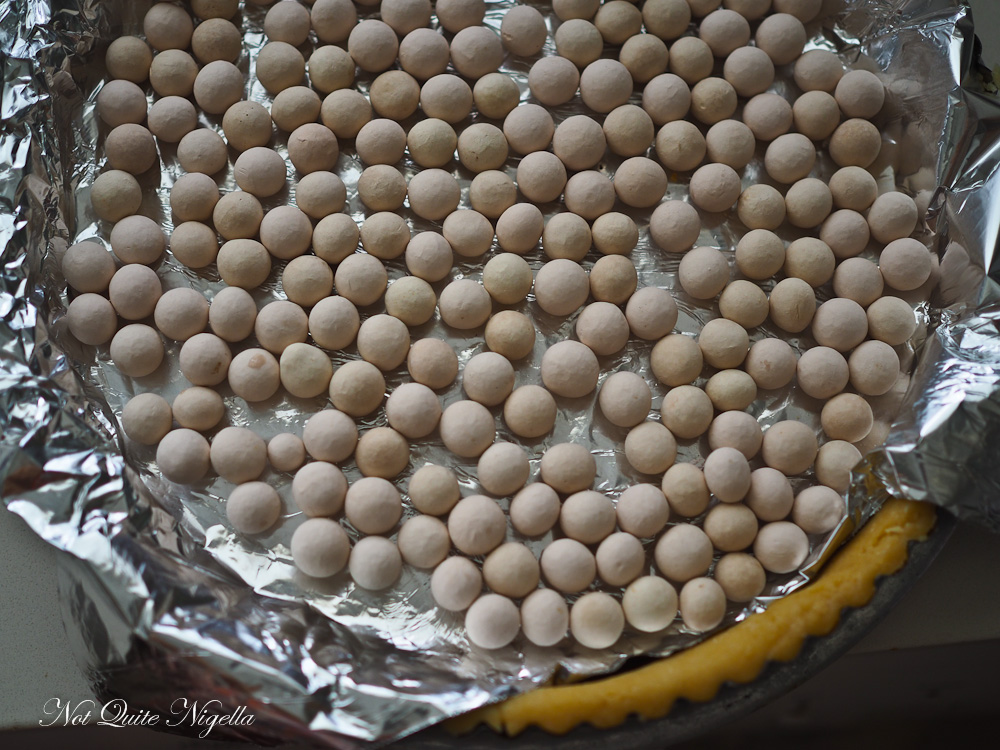 Step 5 - Spoon in the completely cool coconut pastry cream and then decorate with fresh fruit. I like to cover all the little gaps too and use pomegranate seeds for this.