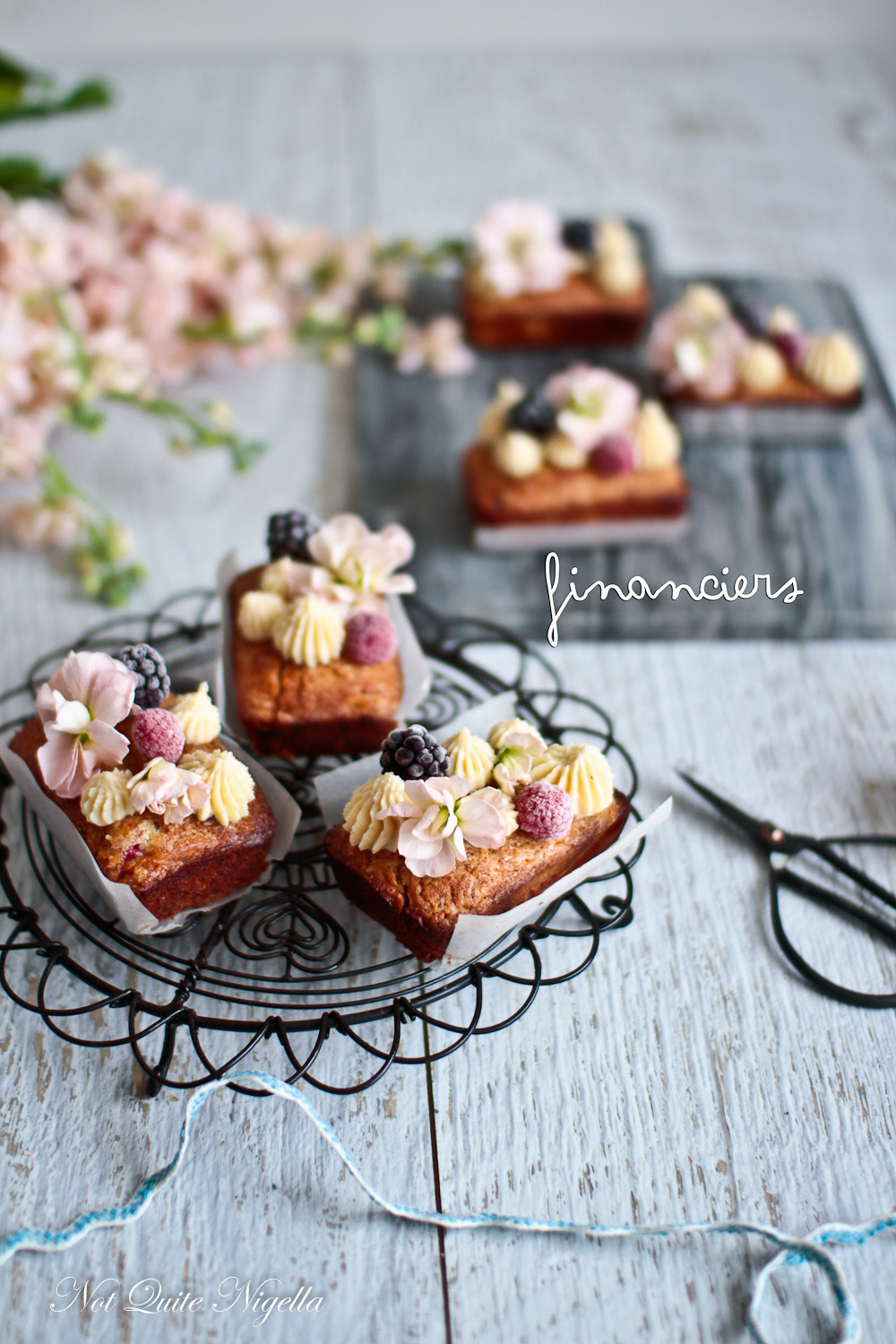 Financiers are easy to make but delicious little "bricks" of buttery goodness. With a crisp shell and a soft, browned butter interior this version adds coconut and raspberry to these special little treats. Plus a very untraditional adornment of cinnamon cream cheese frosting, berries and flowers!

Financiers (fee-nahn-see-yay) are small tea cakes made of ground almonds, browned butter or beurre noisette, egg whites, icing or powdered sugar and a small amount of flour and almond flavouring. They're so named for a few different reasons. Some say that it is because the rectangular mold that they're baked in resembles gold bars or ingots. Some also say that these were made of expensive ingredients and only bankers or financiers could afford them. They could also be eaten in one hand without messing up their outfits. 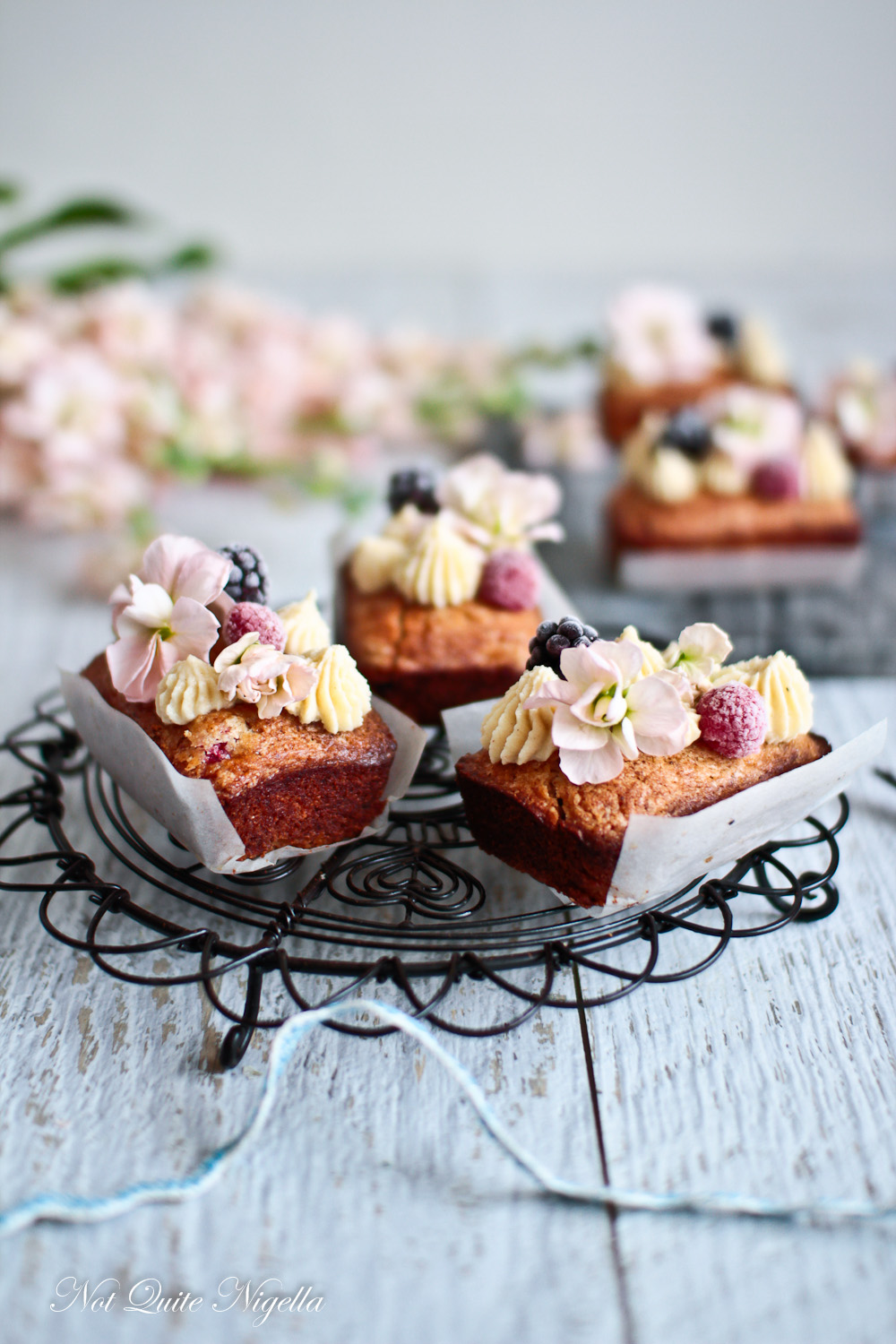 Originally they were called Visitandines because they were made by the Order of the Visitation nuns but they became popular again in 1890 because a clever baker by the name of Lasne shaped these into the ingot shape as his bakery was located near the Paris stock exchange. It became known as the "banker's cake". 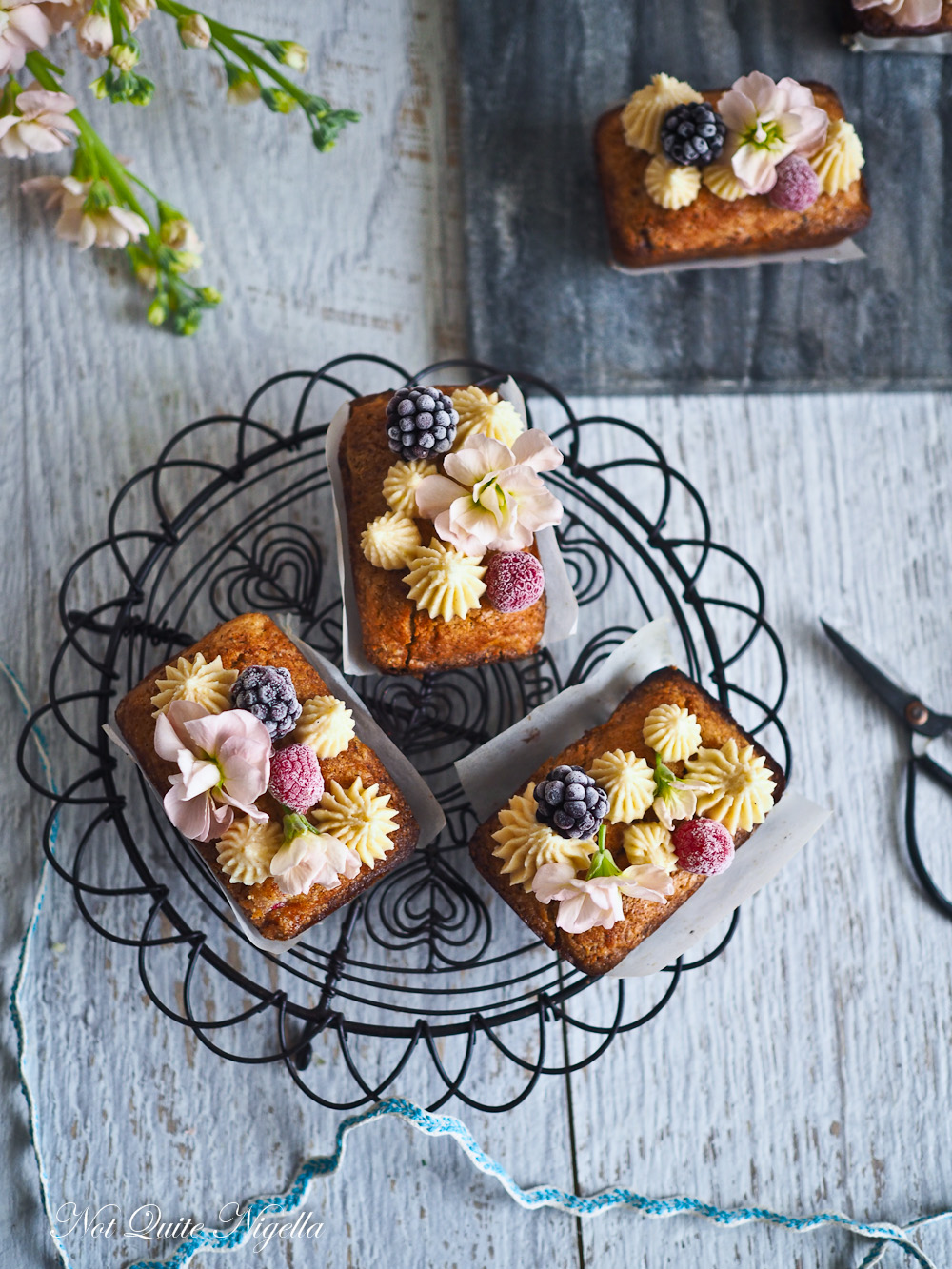 These little cakes are popular at tea time and are best eaten on the day they are made. Now they are made in fluted round shapes or boat shapes but the traditional shape is the rectangular gold bar shape. My interpretation with frosting and fruit is not traditional but you can of course eat them unadorned.

Speaking of wealthy bankers I am afraid to say that we had our own moment recently. While holidaying overseas the food was sumptuous with lots of costly ingredients-certainly banker worthy (although we aren't bankers and don't have their salary!).

My very down to earth husband said to me one day "You know I think I'm sick of truffles, there are too many truffles." I turned to him and told him that that was quite possibly one of the most annoying things you could say to someone else and to never utter those words again. "That's not a first world problem honey, that's a 1% problem," I warned him and he quickly shut up and never mentioned it again...

So tell me Dear Reader, do you like financiers? Do you prefer to eat the traditional versions of things or do you like to see adaptions? And have you ever had your own first world problem or 1% problem moment? 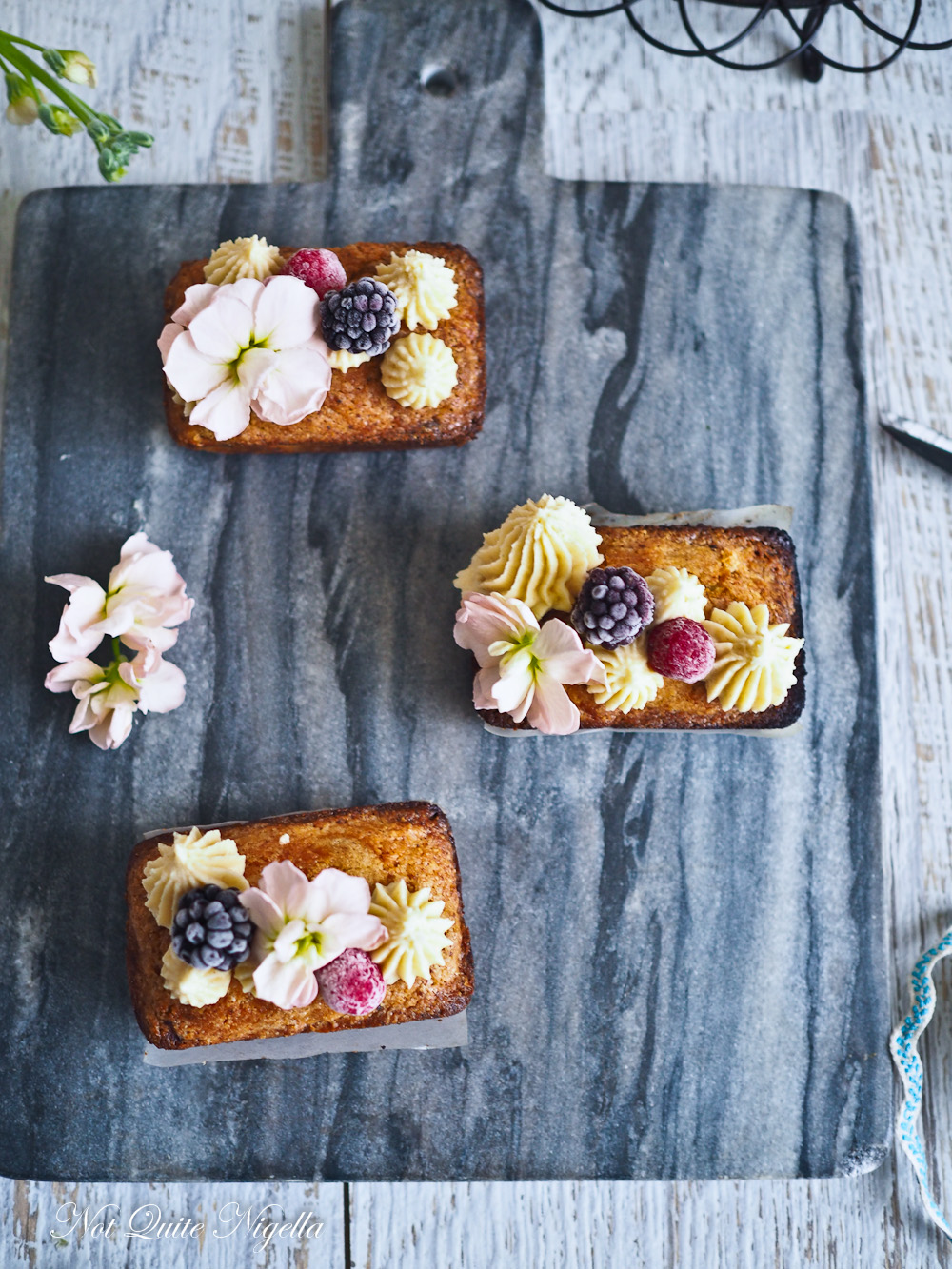 Step 1 - Preheat oven to 200C/400F and butter and line a financier or mini rectangular tray with parchment. In a large bowl add the almond meal, sift in the icing sugar and add flour, coconut and salt. Whisk until combined. Add in the hot butter and egg whites until just combined(do not overmix). Then divide into the molds and drop 2-3 raspberries in each financier. Bake for 13 minutes if you are making thinner ones or 18 minutes if you are making fatter ones and then cool completely. 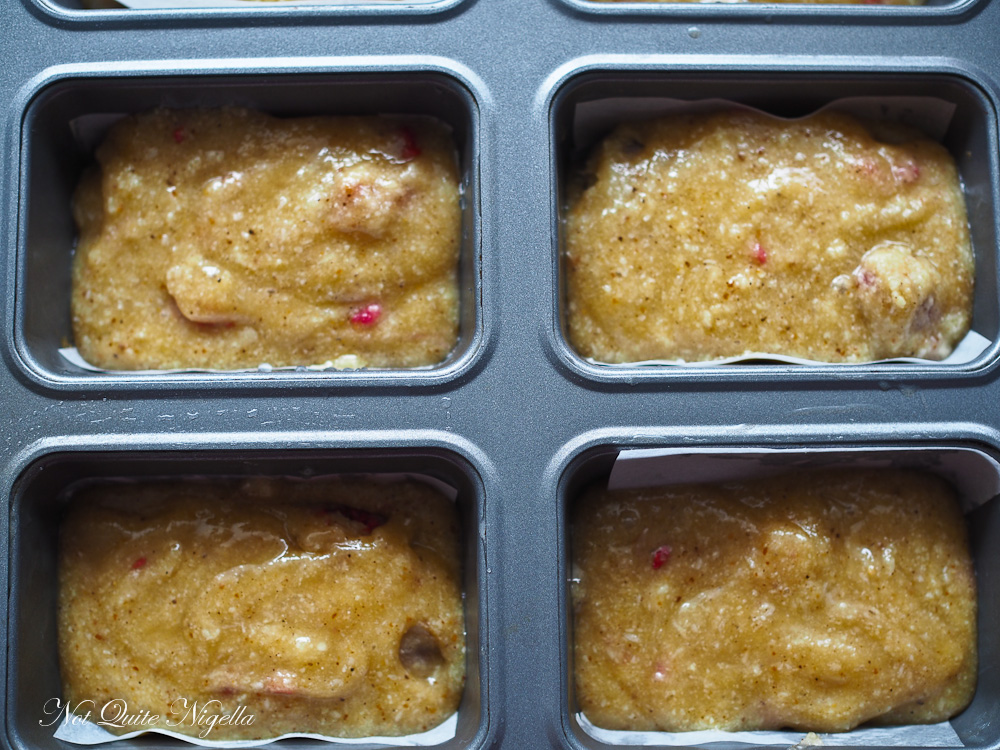 Step 2 - Make cinnamon cream cheese and using a #6B tip fitted in a piping bag, pipe several dollops on top of the financiers. Use the icing to secure the berries and flowers.