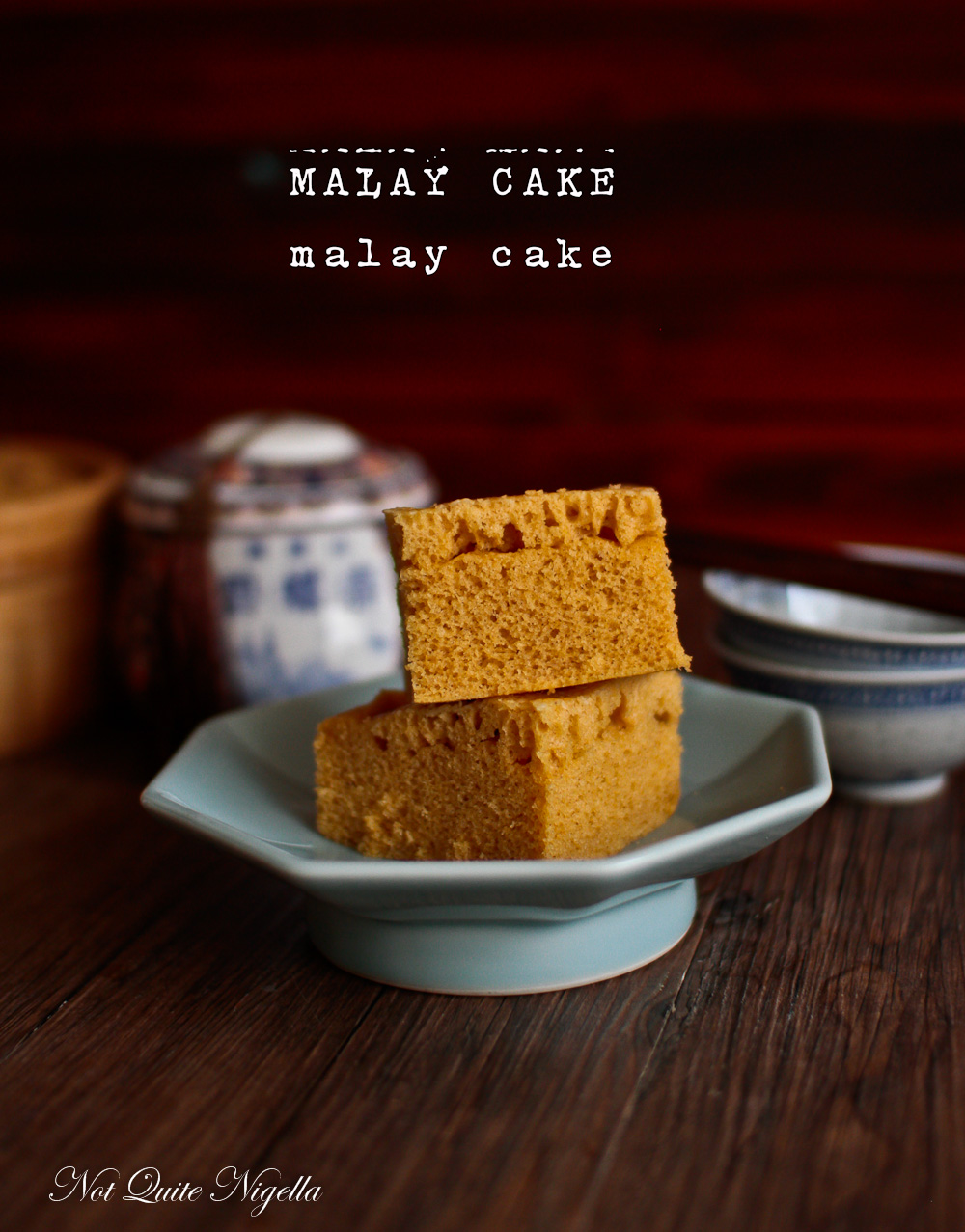 This yum cha favourite is called a "Malay cake". It is a delightful, fluffy brown sugar steamed cake that is often served at yum cha in Hong Kong (I've only seen it at a few places in Sydney). But no Malay cake really compares to my mother's. I find many of them a bit bland and not sweet enough but this beauty hits the right notes as well as some of her secret weapons: cinnamon and sesame. I called her Lilian.

I don't think I've come across a Western sponge quite as bouncy and soft as Malay cake. This almost feels sturdy in comparison to flyaway sponges - as if you could throw it against a wall and it would hit you straight back. 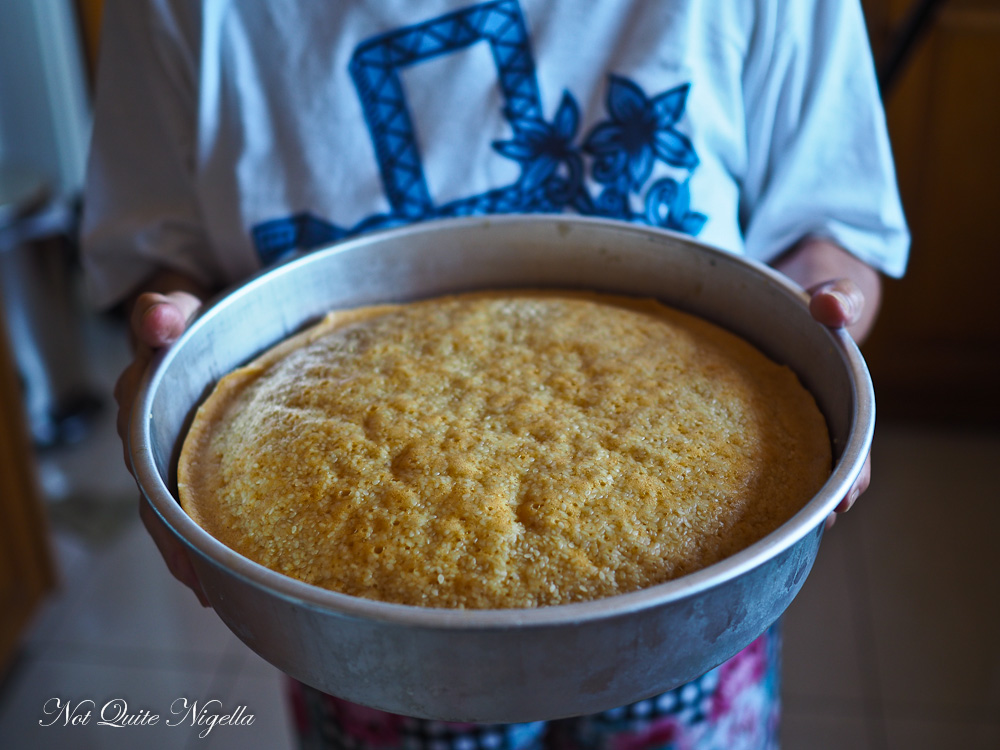 If steaming a cake feels strange please don't be put off by it. I think it was a practical consideration, a recipe developed to suit a need as some Asian kitchens don't necessarily have ovens. If anything this is a lighter version of a fluffy bao but the signature thing to look out for it the honeycomb holes at the top of the Malay cake. 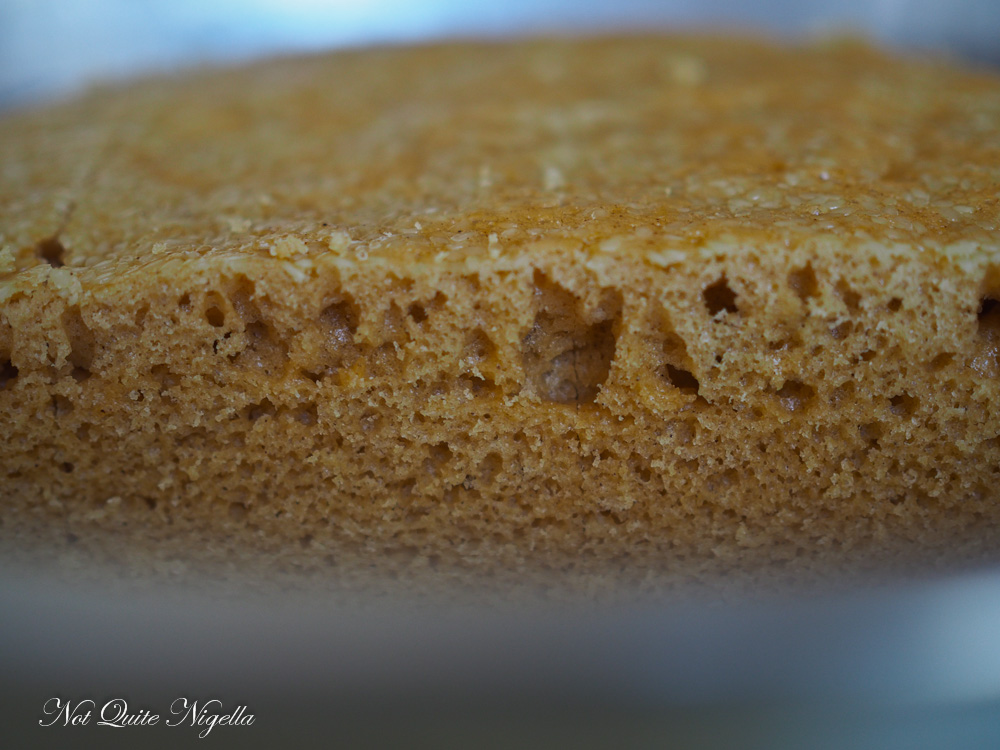 My mother would make this cake for social gatherings a lot. It wasn't fancy enough to be a birthday cake but it was easy to make and made a very large cake, high as a tower and fluffy as a cloud. The taste test would be my father who grew up in Hong Kong. However he is idiosyncratic about his food and we had to convince him to try it.

How to make Malay cake

When we asked him if he was hungry he replied no. "I already ate something," he said. He explained that as it was 5pm he was eating very late and that he already had something to stave off his rampant hunger. He eventually picked up a piece and chewed it thoughtfully. "It tastes familiar," he said before realising that this was the cake of his youth, of yum cha tea soaked lunches in Hong Kong with his family. And then his smile grew and he remembered.

So tell me Dear Reader, have you ever eaten this cake at yum cha? Have you ever steamed a sponge cake? 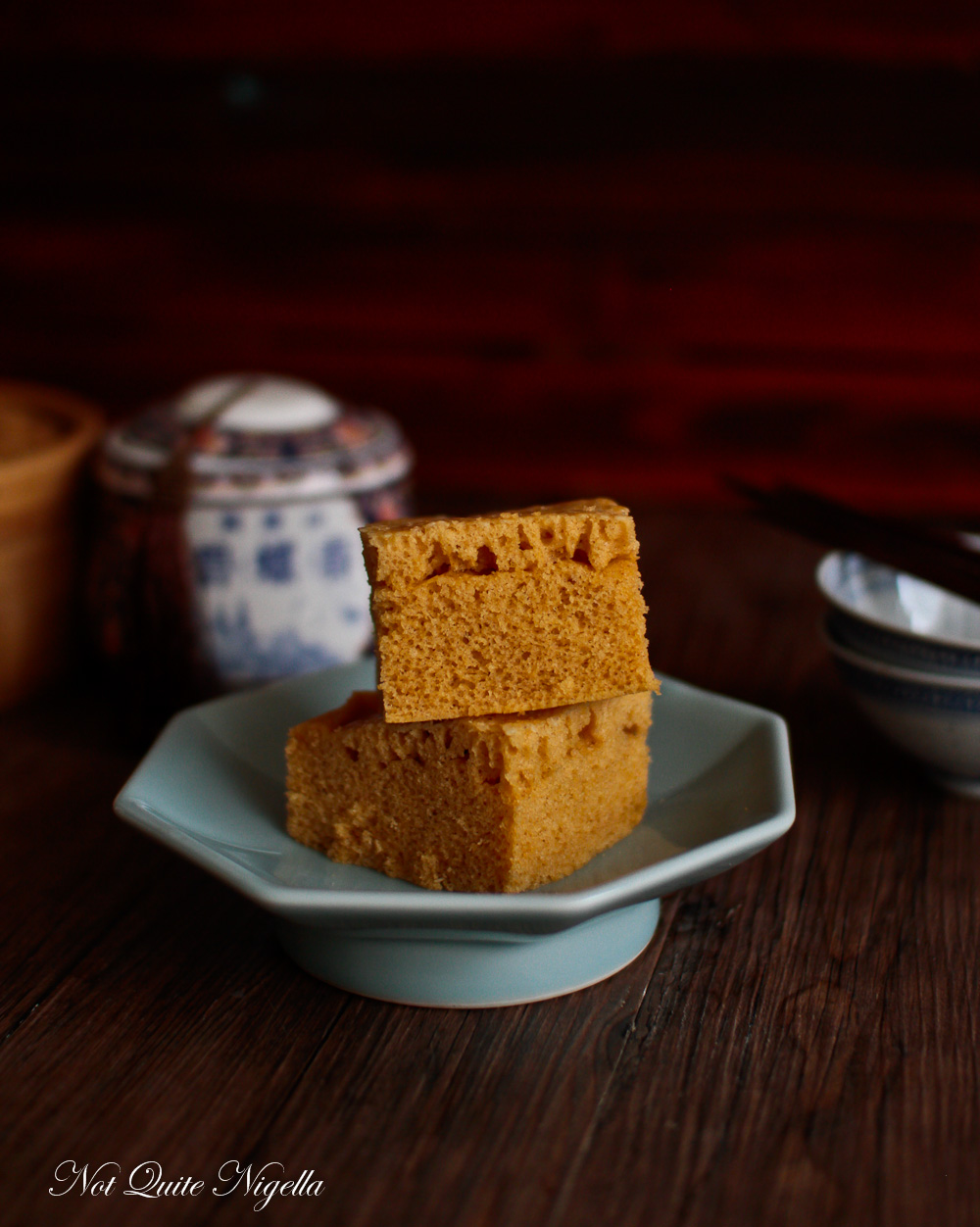 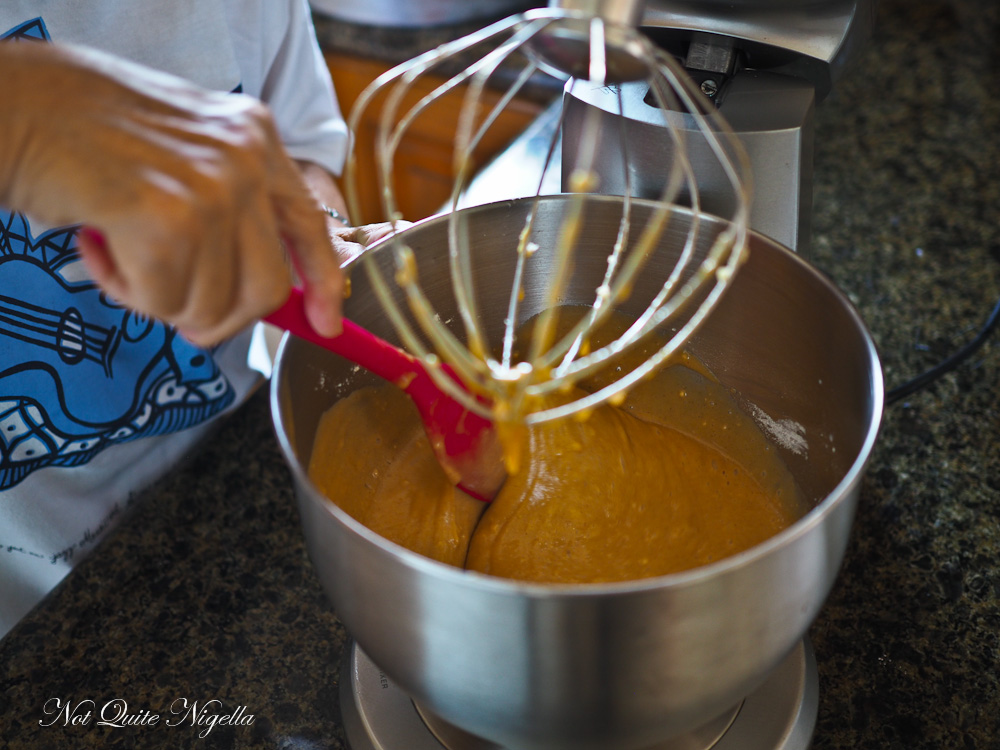 Step 1 - Grease a 26cm/11inch cake tin and have a steamer ready with plenty of water simmering. In the bowl of an electric mixer whisk the eggs on low speed for 3-4 minutes. Add brown sugar and whisk well. Add cinnamon, milk, soda, baking powder and vanilla and whisk for 1 minute. 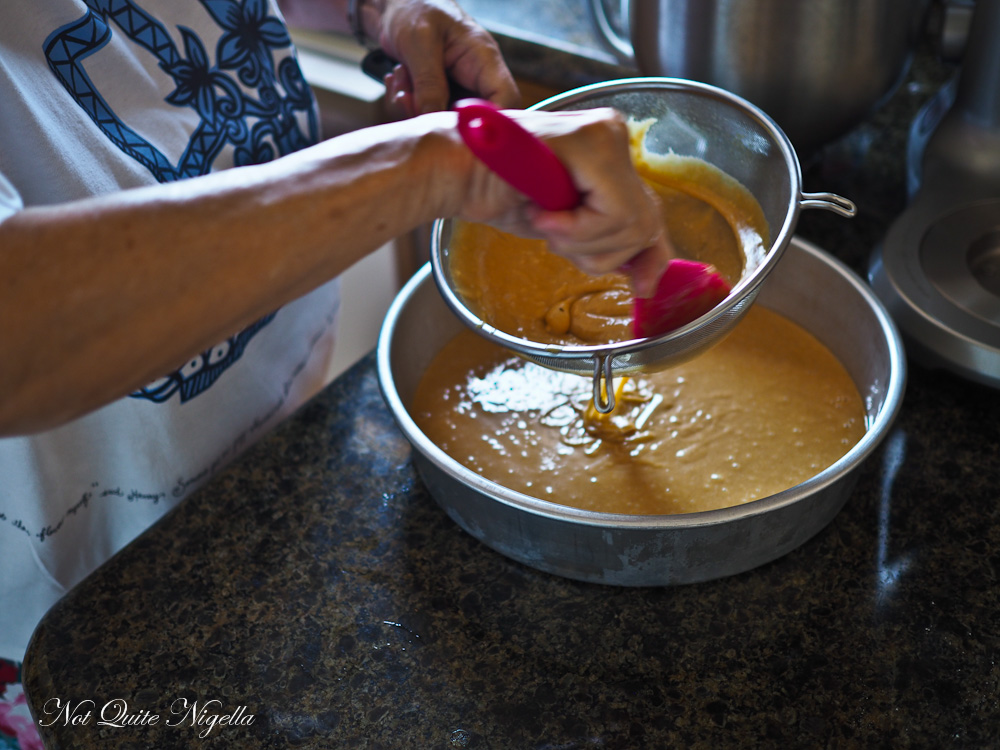 Step 2 - Add the flour and oil in 2-3 lots and mix well on low speed until the lumps disappear. If there are any lumps sieve the batter into the prepared cake tin. Steam for 45 minutes until the centre springs back. 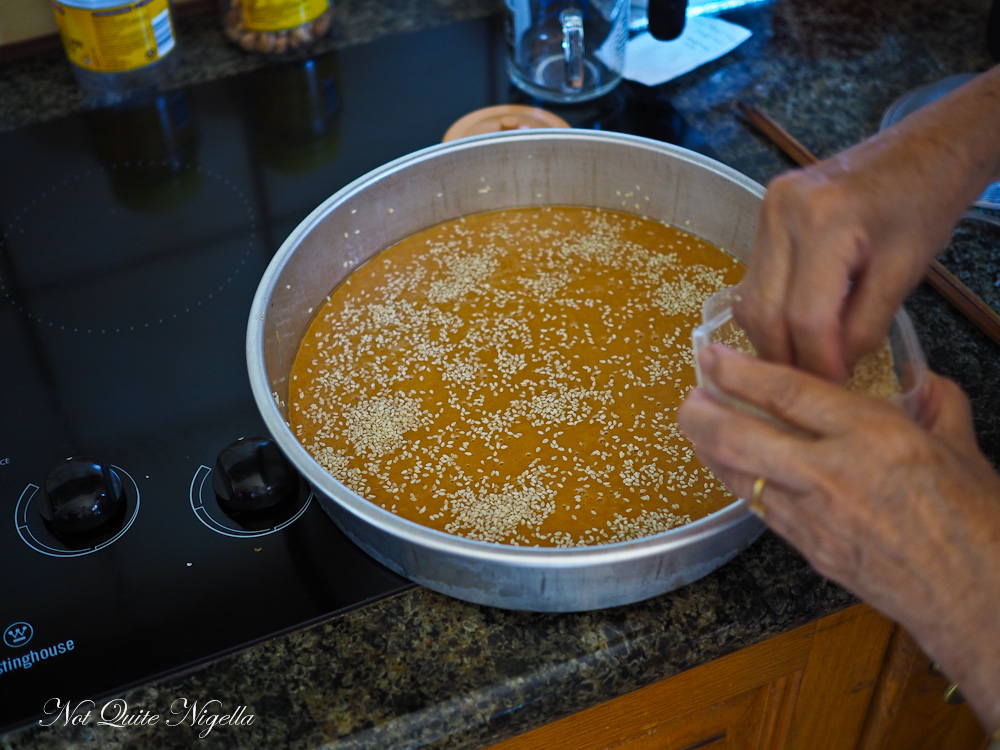