10 Foods To Hunt Down When You're in Portland! 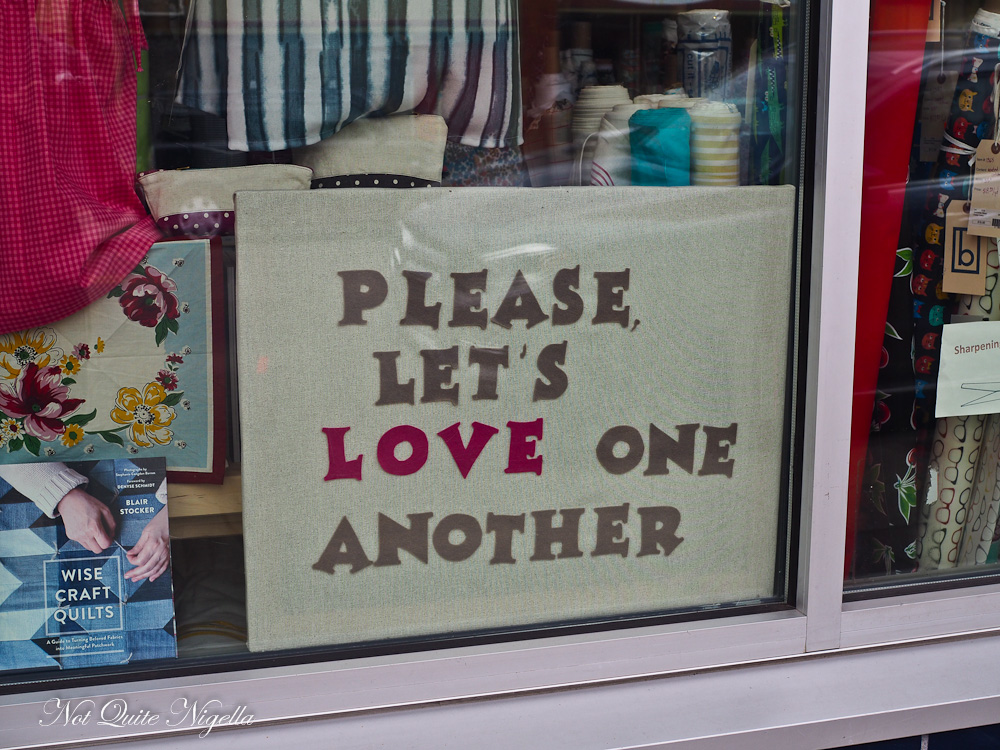 Portland is like a kinder, gentler corner of the world. It's a place where people ride bikes and liberal attitudes are celebrated. 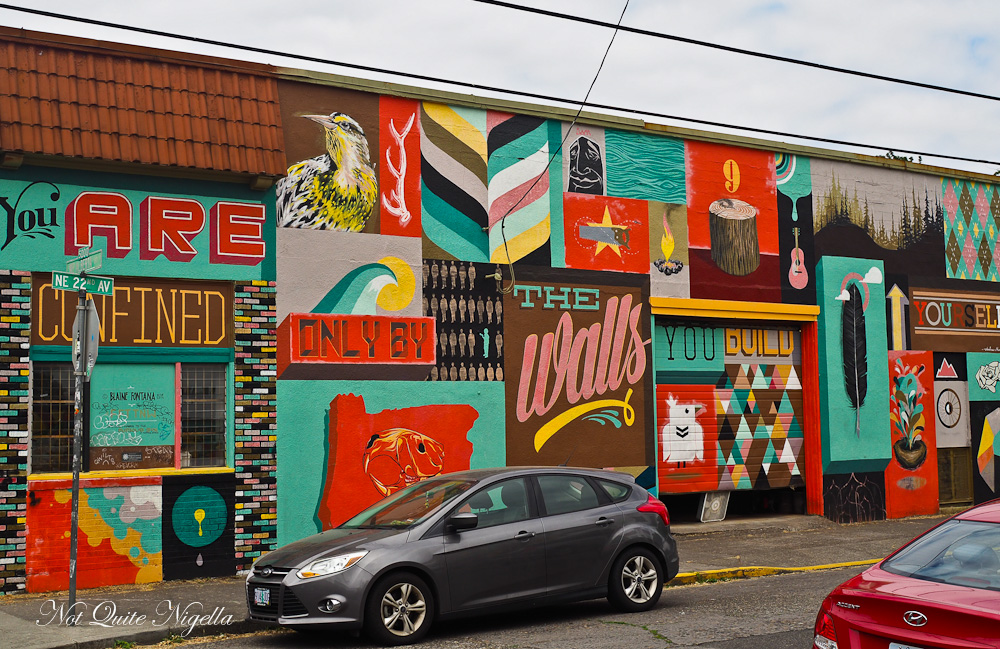 It is also home to some fantastic foods where artisans are celebrated and restaurants serve Pacific North West cuisine. Here are 10 things that you have to tick off your list when you visit Portland! 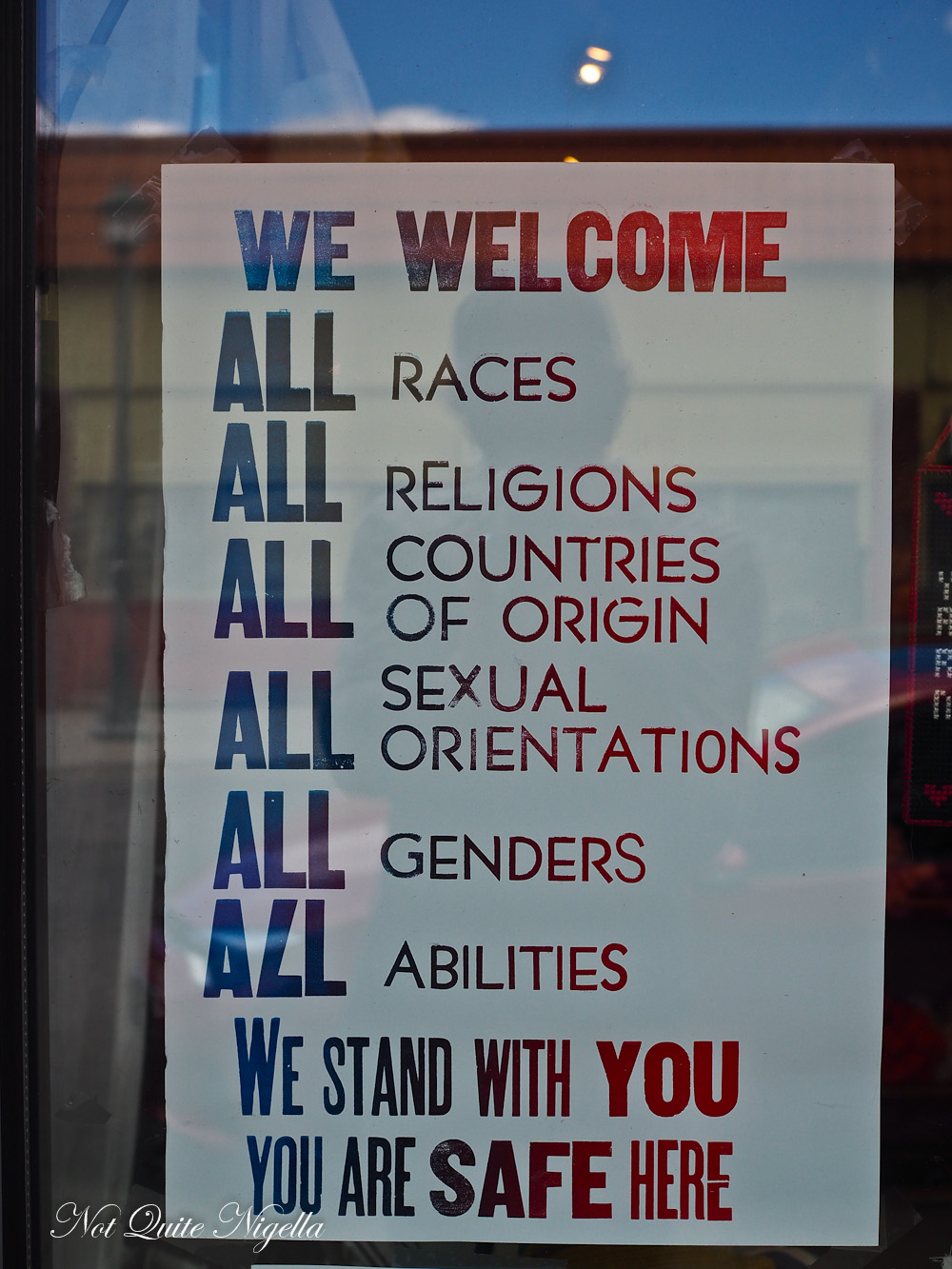 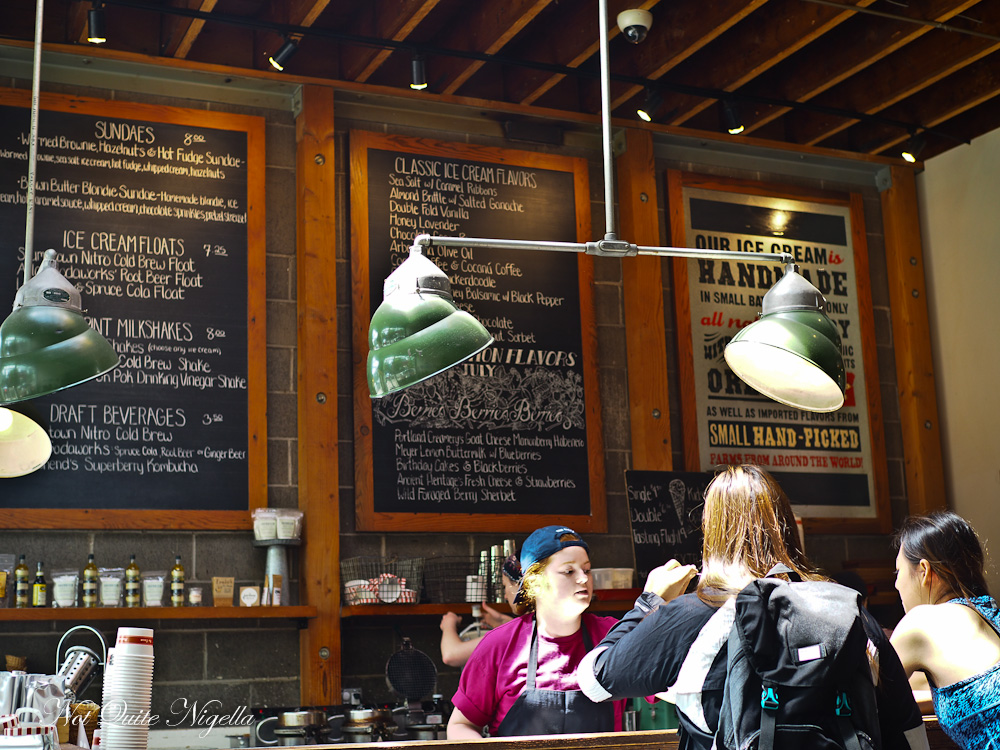 In the Alberta area of Portland (a quick 10 minutes out of the city) is a fabulous ice cream store where all your ice cream dreams will come true. The best selling ice cream is vanilla with salted caramel but they mix things up at Salt and Straw. Instead of salting the caramel they salt the cream. 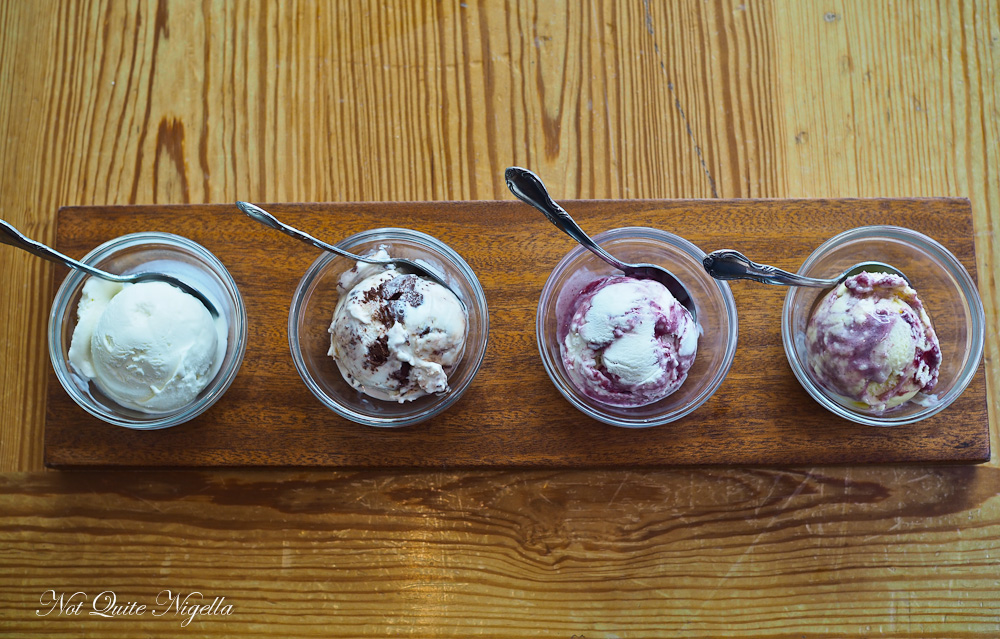 The best way to try a few flavours is with an ice cream flight. You can't go wrong here but my favourite from tasting quite a few (I should never be offered unlimited tastes) is the Arbequina olive oil ice cream with just a perfect amount of saltiness and creamy mouthfeel. 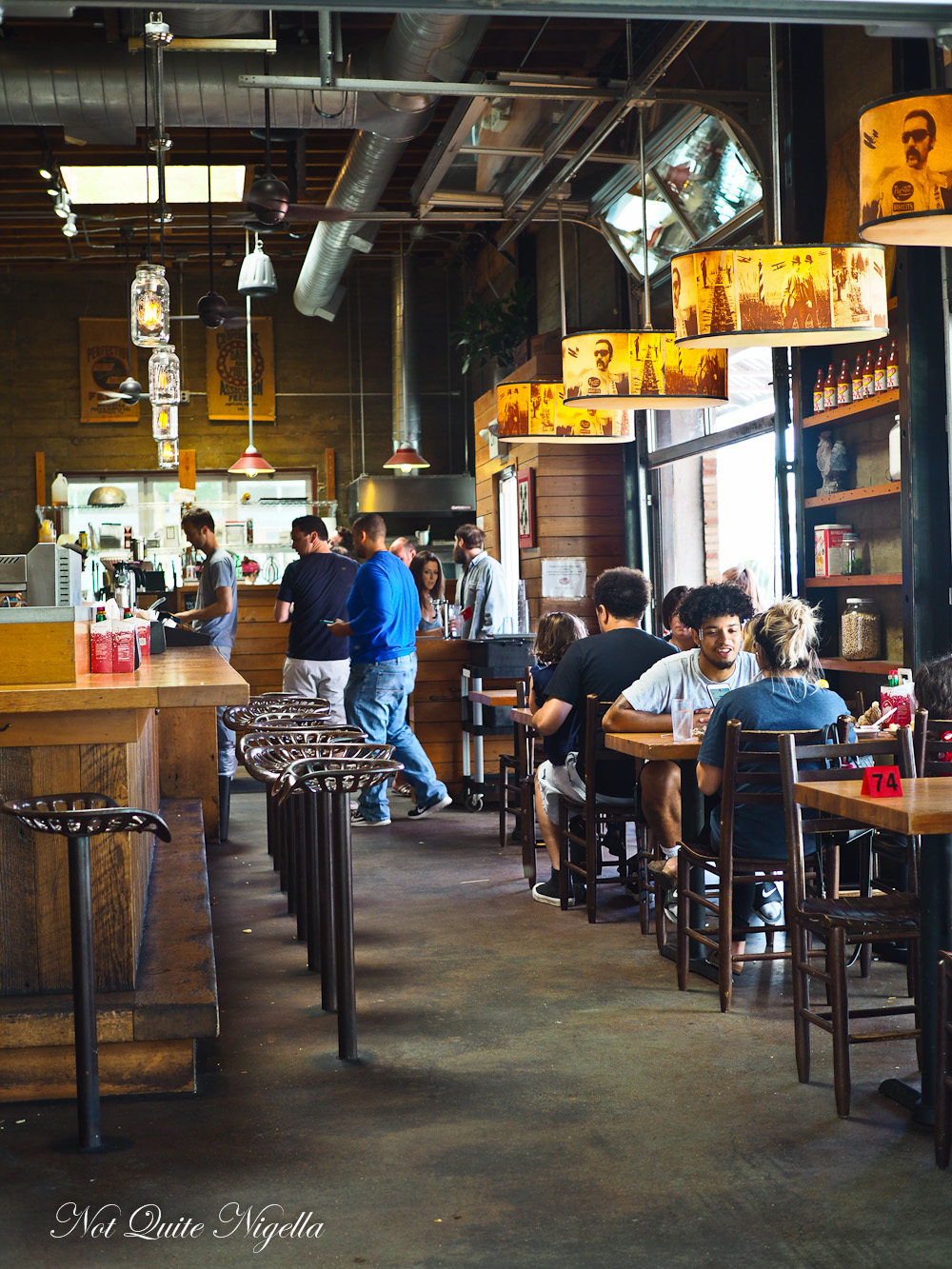 Pine State Biscuits in the Alberta area (across the road from Salt and Straw) does a fast trade in biscuits - the American kind that are kind of like savoury scones in Australia. At Pine State they use them in place of a hamburger bun. 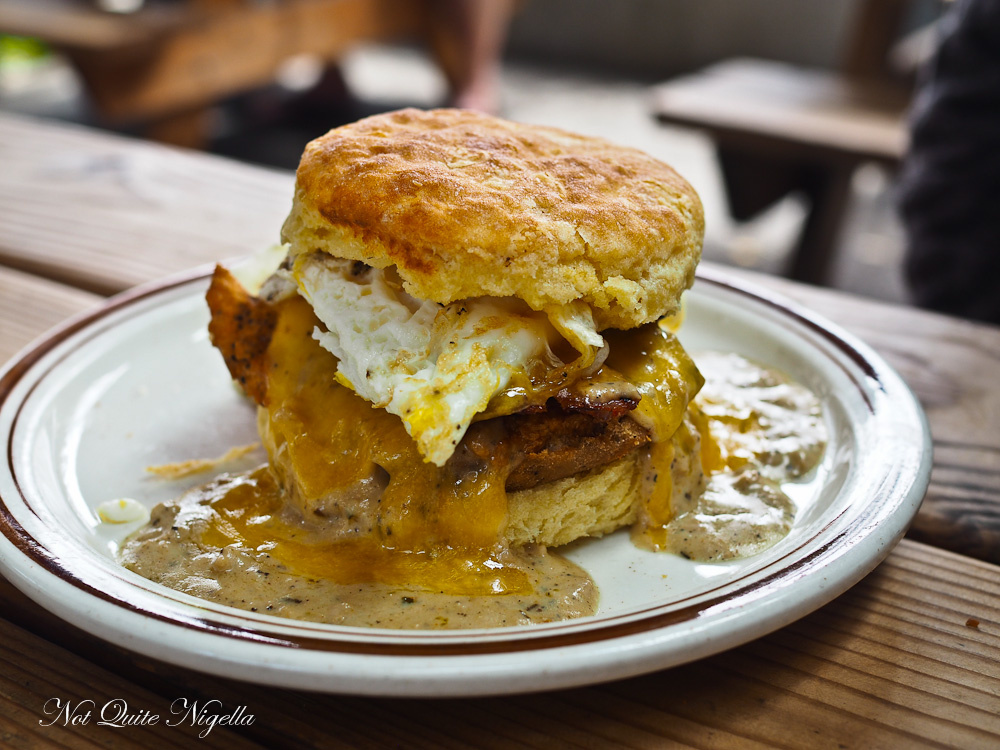 Most fillings involve fried chicken fillets but there are also some that are filled with pulled pork or beef. The most popular is the Reggie Deluxe which is a chicken fillet, bacon, cheese, gravy and an egg on top. Don't count the calories, just enjoy it. 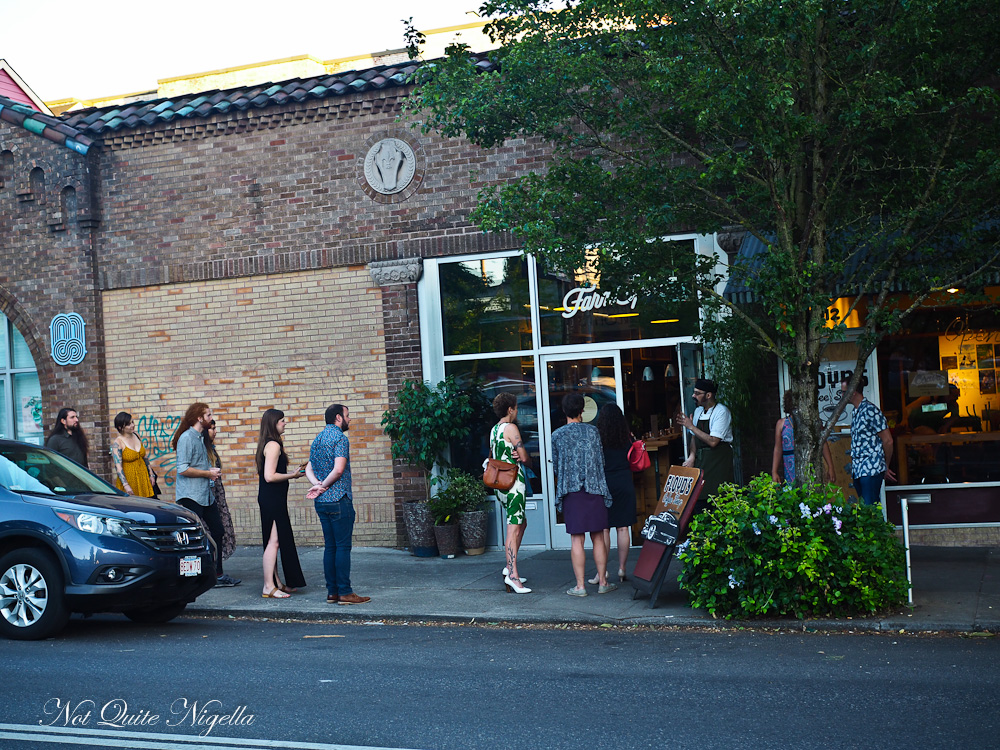 In a liberal city like Portland vegetarian and vegan food is very popular. Most menus are vegetable friendly to cater for flexitarians or vegans. And there's even a vegan fine dining restaurant called Farm Spirit. 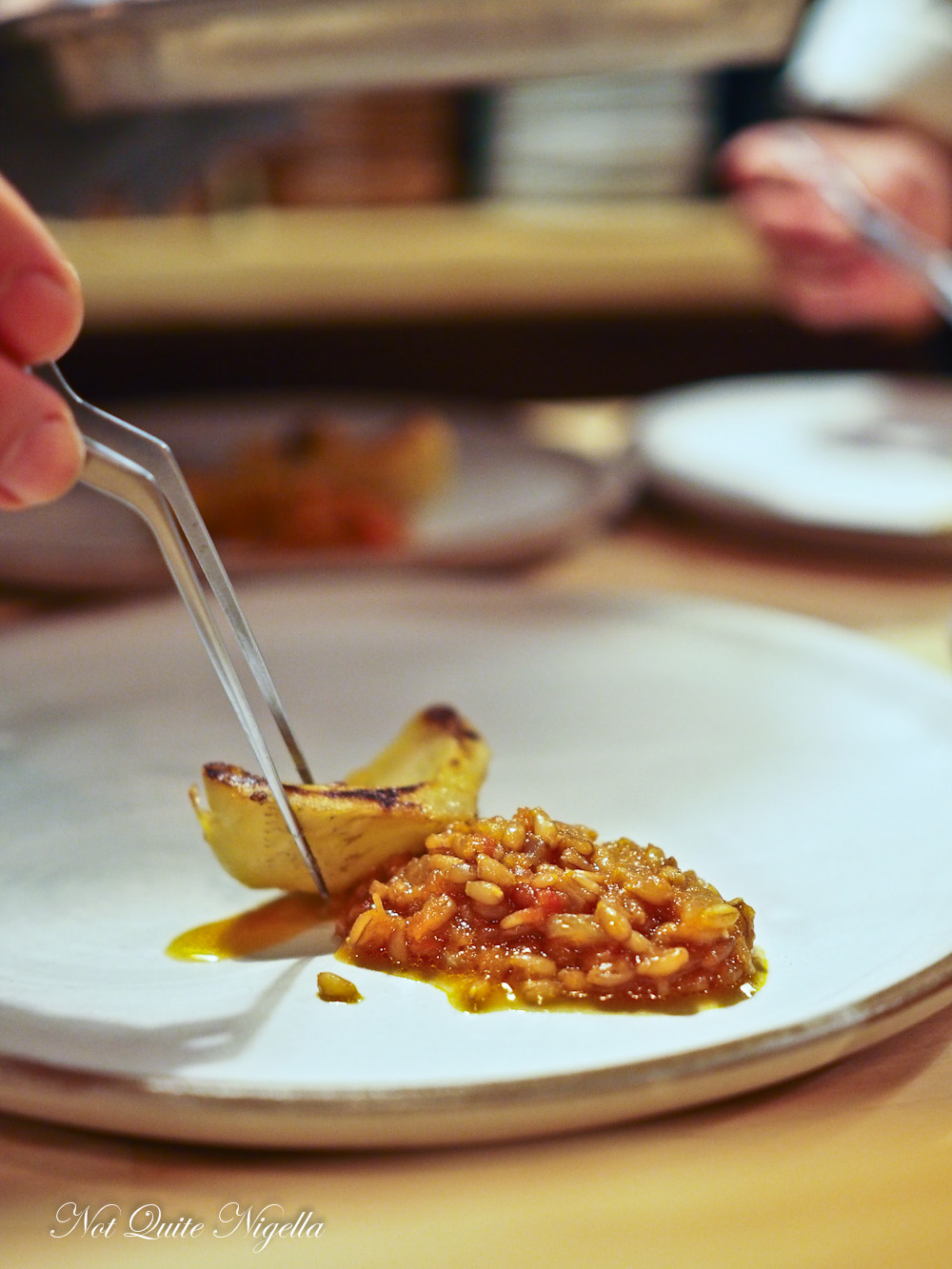 This tiny restaurant serves up gorgeous vegan fare in a 13 course degustation. With just two chefs and a dishwasher it's fine dining Vegan Portland style. 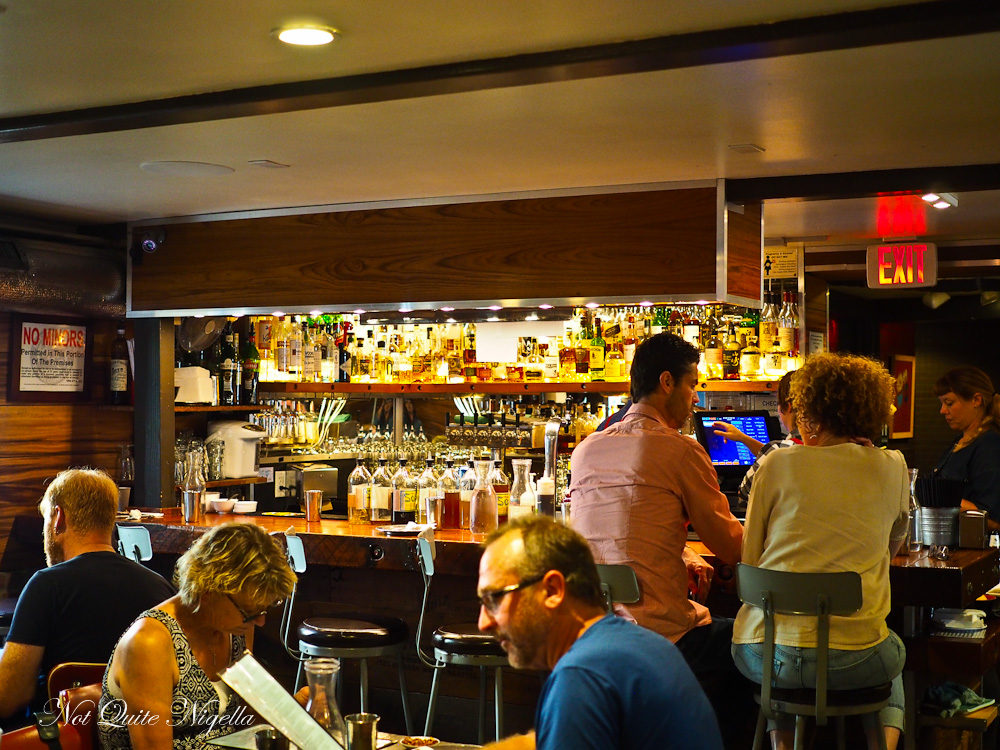 Thai food is hot in Portland right now and this part of Division Street has several Thai restaurants. But run, don't walk and then queue at Pok Pok for their famous Ike's fish sauce chicken wings. How good can chicken wings be? You'll probably see every single table around you eating these chicken wings. 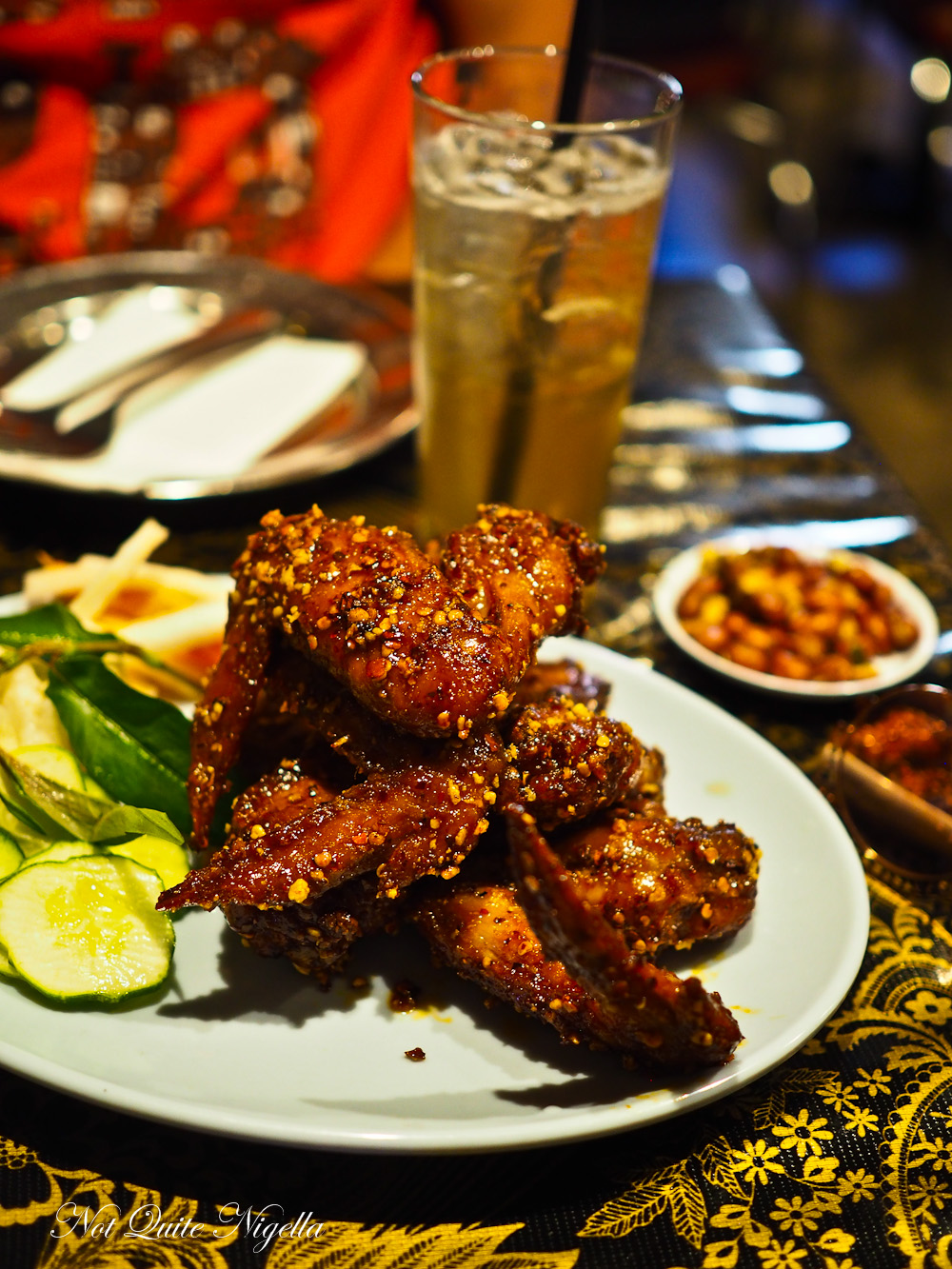 Pok Pok is very popular and even around 3:30pm we had to wait 20 minutes for a table. But the wings are worth the wait especially with one of their drinking vinegars mixed with soda. The chicken wings are crispy and full of flavour-maybe a tad salty and they come in mild or spicy. They're also one of the best things we ate in Portland and deserve the hype. Tip: the spicy wasn't at all spicy for us so they brought out the traditional Thai condiments so we could add some chilli. 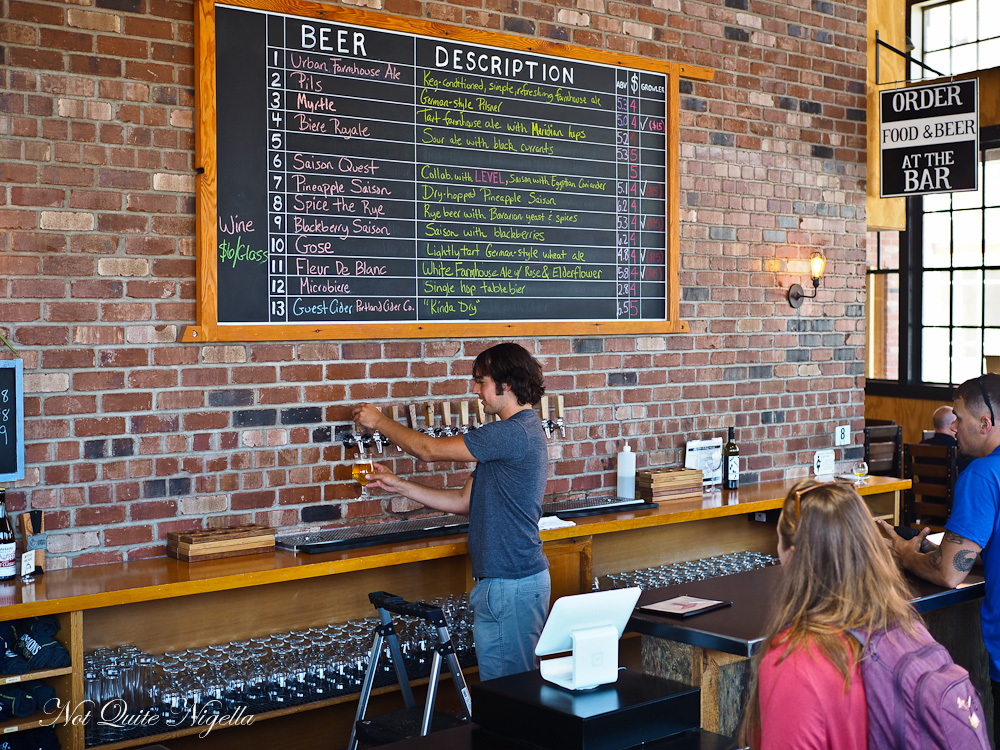 Portland is home to 80 plus breweries and most focus on super hoppy beers. The water quality here is said to be very good (apparently why some Japanese ramen brands have opened up their first overseas branches in Portland). The Commons Brewery where they brew on site has beer and cheese matching too which is pretty fabulous. 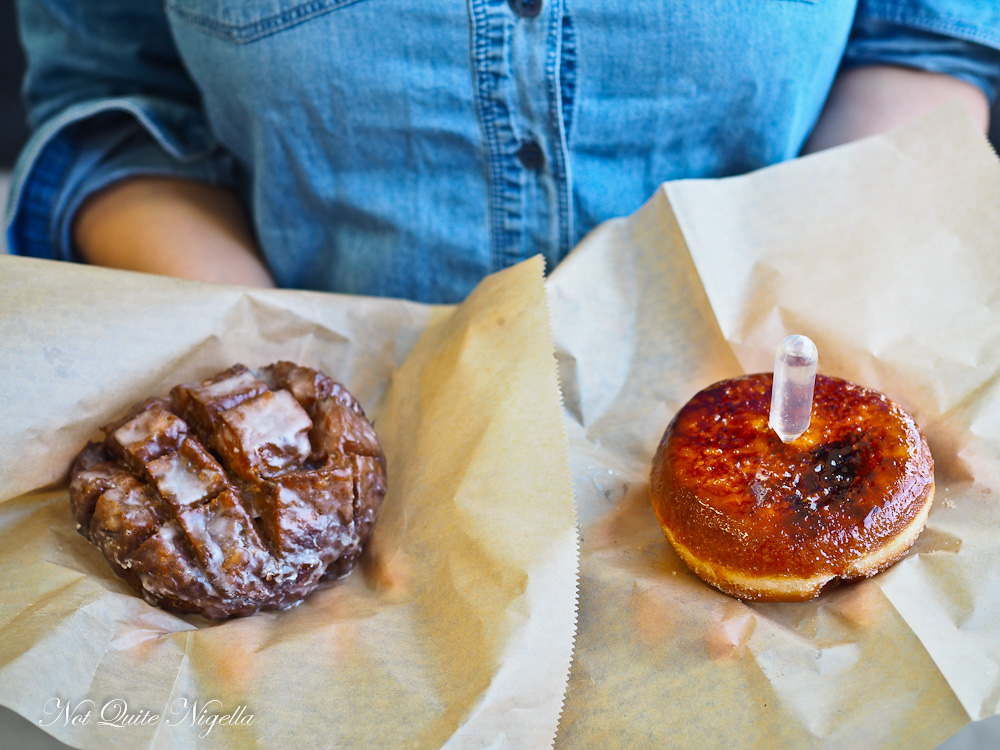 There's no shortage of donut places in Portland from $1 donuts to fancy filled and topped donuts. There's also vegan donuts if you so desire. Everyone has a favourite donut place, often hotly contested. The craze for creative donuts started with Voodoo Donuts and once you see the queues you'll see that the hunger for donuts has not abated. 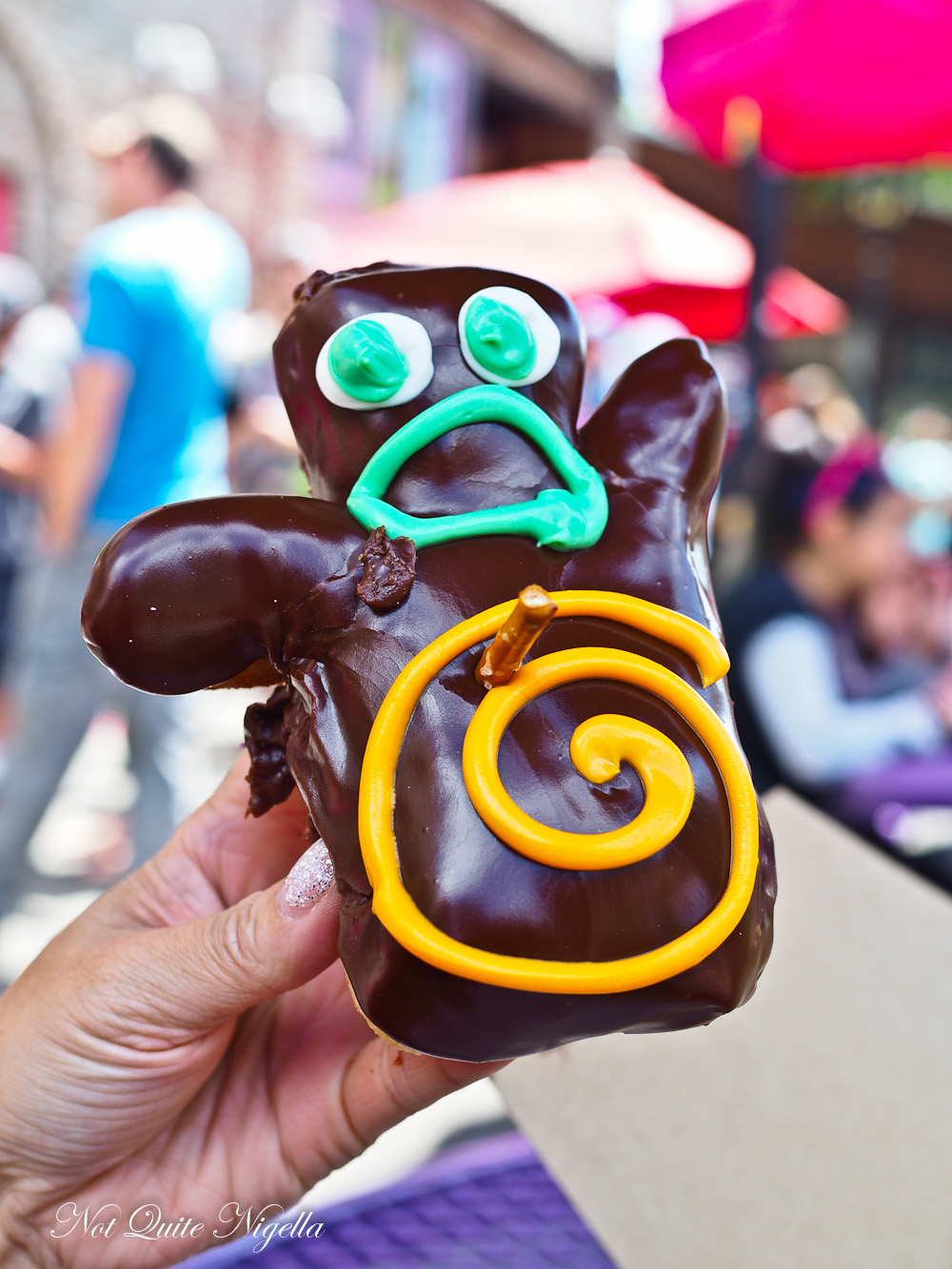 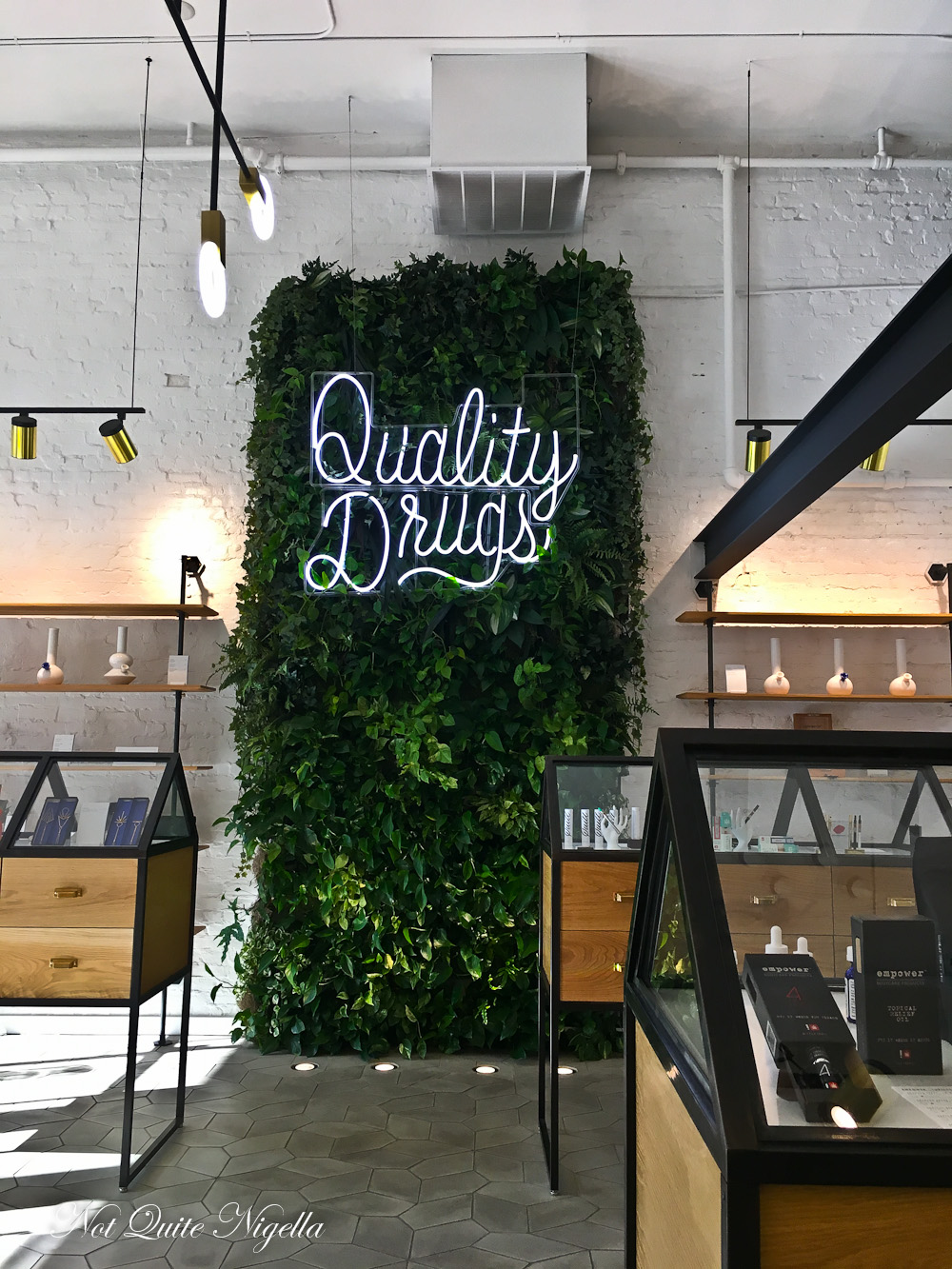 I know, I know, the last thing you'd be expecting to read here is a recommendation to try drugs (drugs are bad mm'kay?). But should you wish to partake in weed culture just know that it is absolutely legal to do so in Portland, not just medicinally but also recreationally. 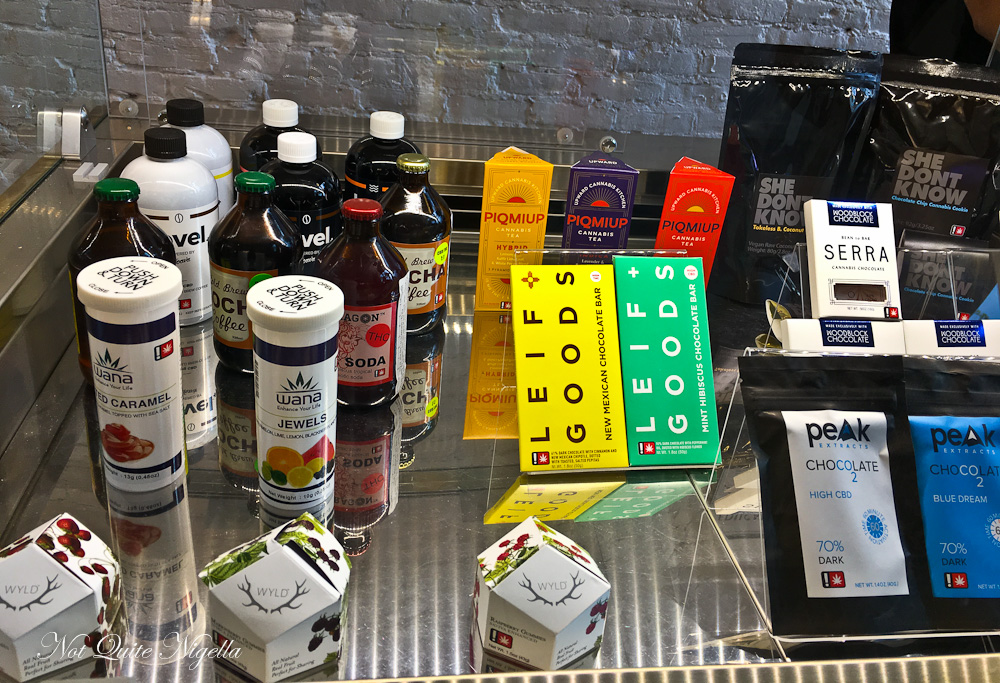 There are currently seven states and the district of Columbia where marijuana is legal and you cannot take it across state lines or out of the country. Even if you don't want to buy any, it's worth visiting a dispensary (denoted by a green cross). Ones like Serra are elegant and look almost like a upmarket boutique with knowledgeable staff. You will need to bring your passport to get in and all sales are in cash. 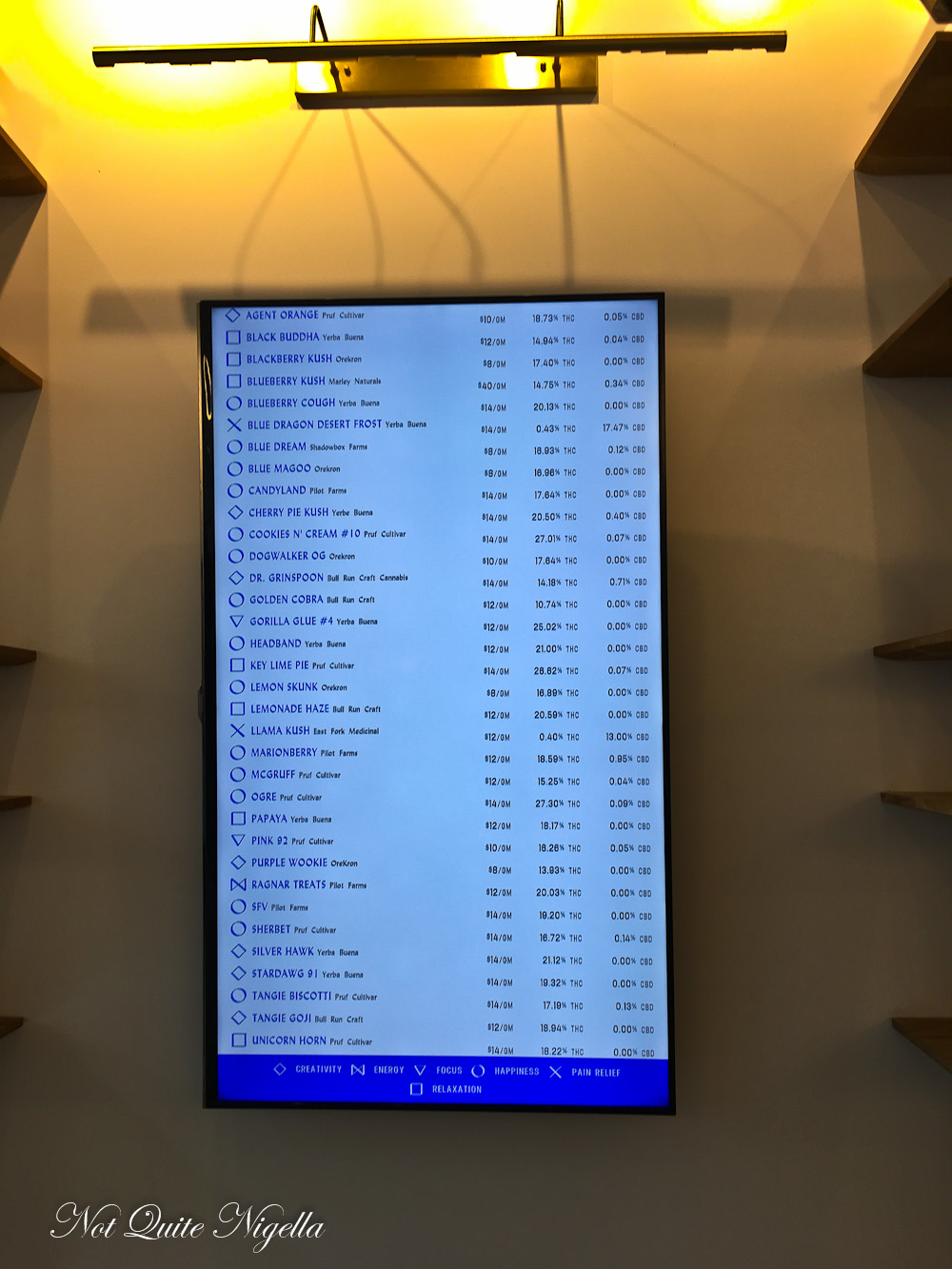 One snack food that I can never say no to are chips or crisps and although I don't get to eat them very often (they make me feel like I've got a hangover afterwards) I enjoy them with some regret when I do. But in Portland a brand called Fuller Foods makes artisan cheesy puffs and I'm not even joking people! 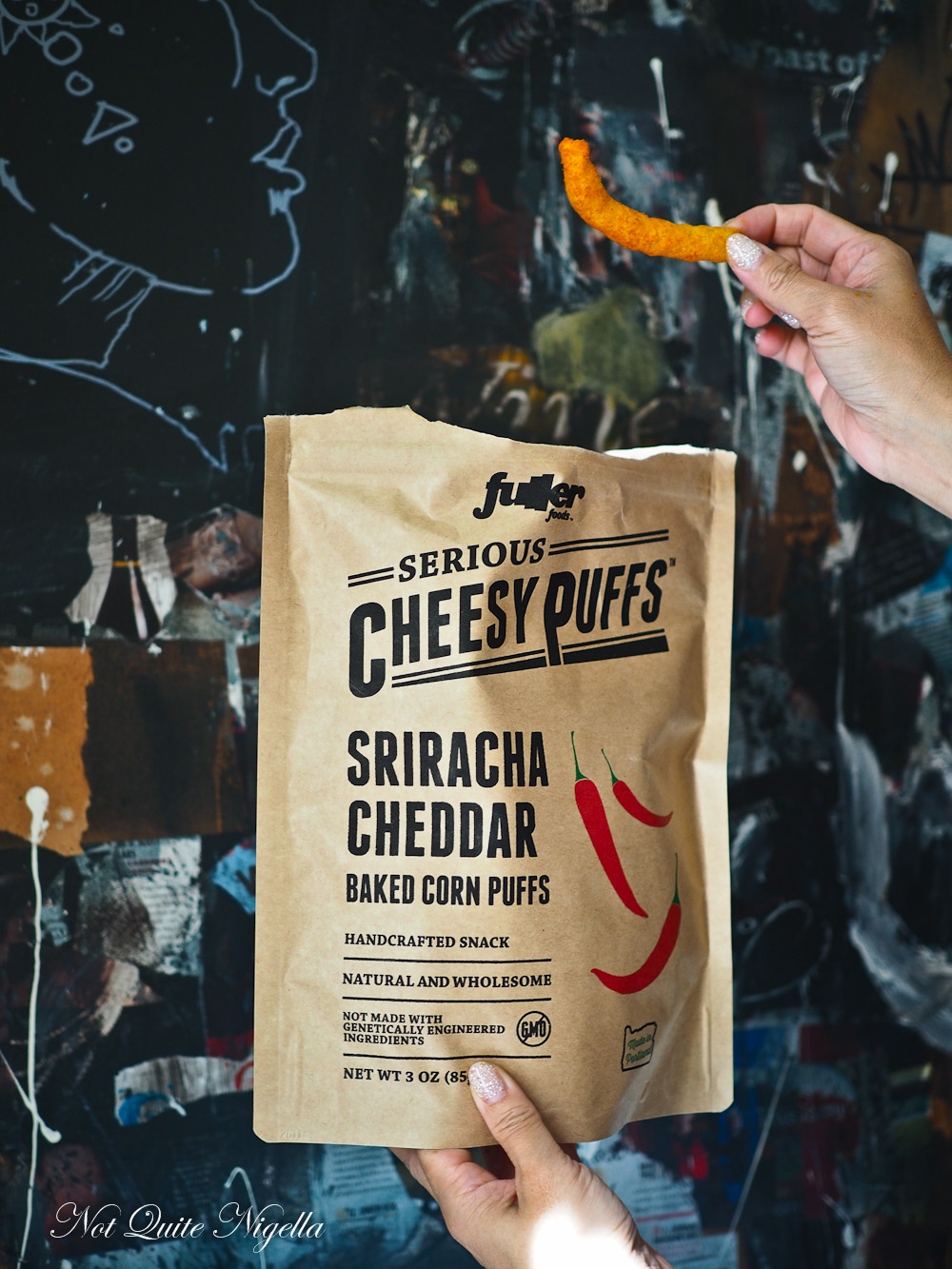 The cheesy puffs are baked not friend and they use Bob's Red Mill corn for the puffs. They're extruded and cut extra big and are then coated in real cheese and Sriracha. Yes they are more pricey than a packet of mass label puffs but the novelty of a super giant cheesy puff that won't make you feel like you've got a food hangover afterwards is alluring. 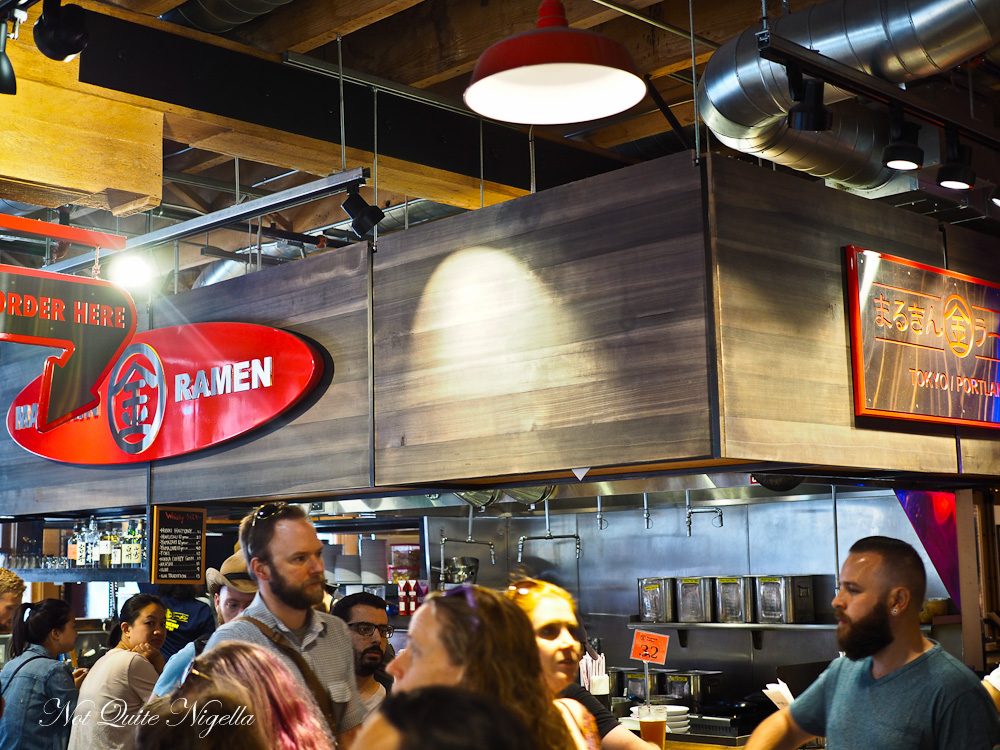 Portland is also in the throes in love with another Asian staple - ramen. People argue about which ramen is the best and they can't decide with no clear winner. We went to Marukin in the Pine Street Market (a collective of half a dozen vendors). Service is pretty rude (the only bad service we've had on this entire trip) and there's no Japanese staff when we visited. 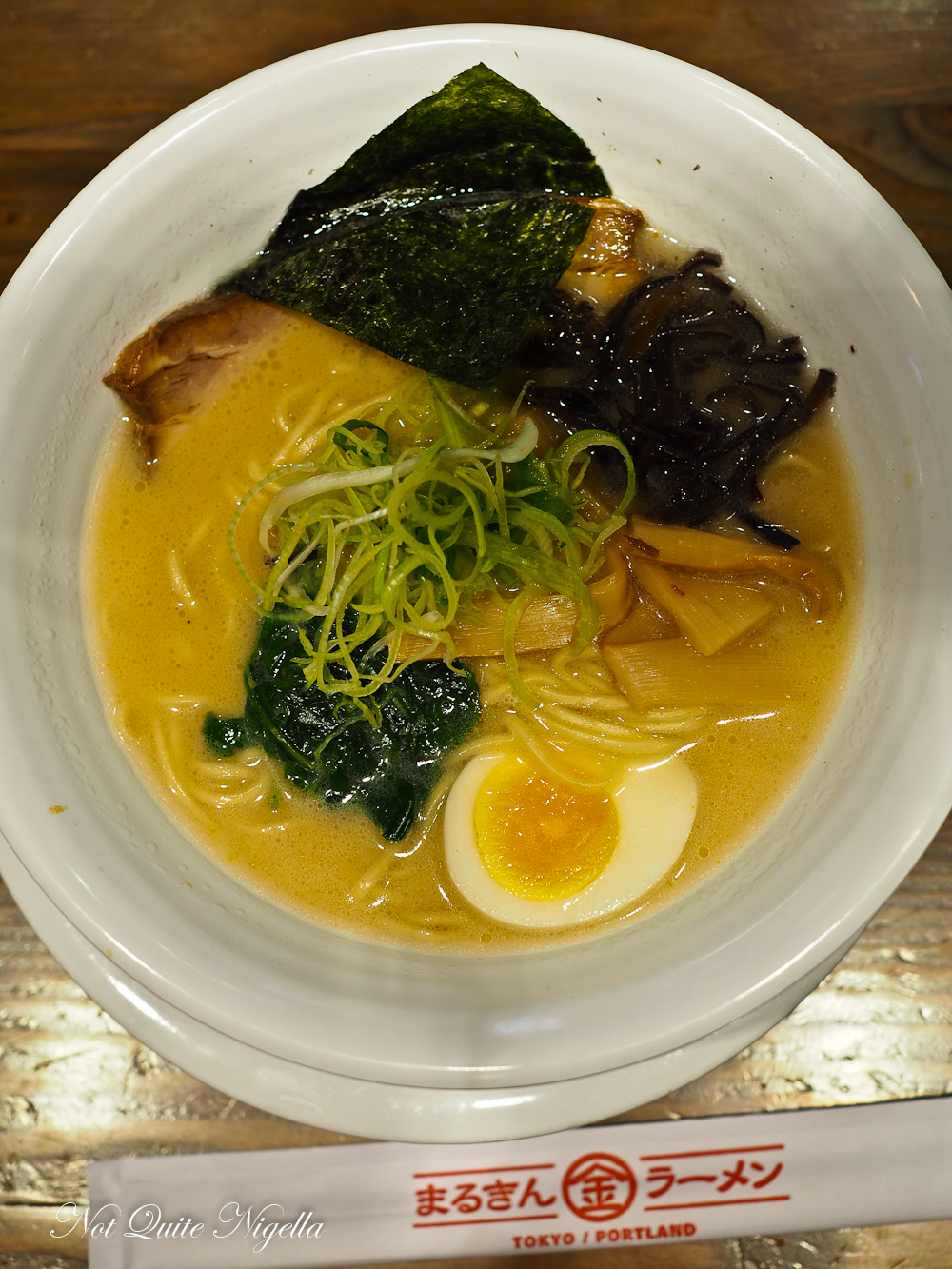 But the Tonkotsu Shoyu ramen, especially the soup was delicious. It wasn't too rich and thick but just the right balance of the pork bone broth and shoyu. The ramen itself is fine, I still love Ryo's in Sydney more but if you're hankering for ramen on a cold night then you can get your fix in Portland at one of the many ramen stores like Noraneko, Afuri, Akasaru, Kizuki, Yuzu, Boxer and many more. 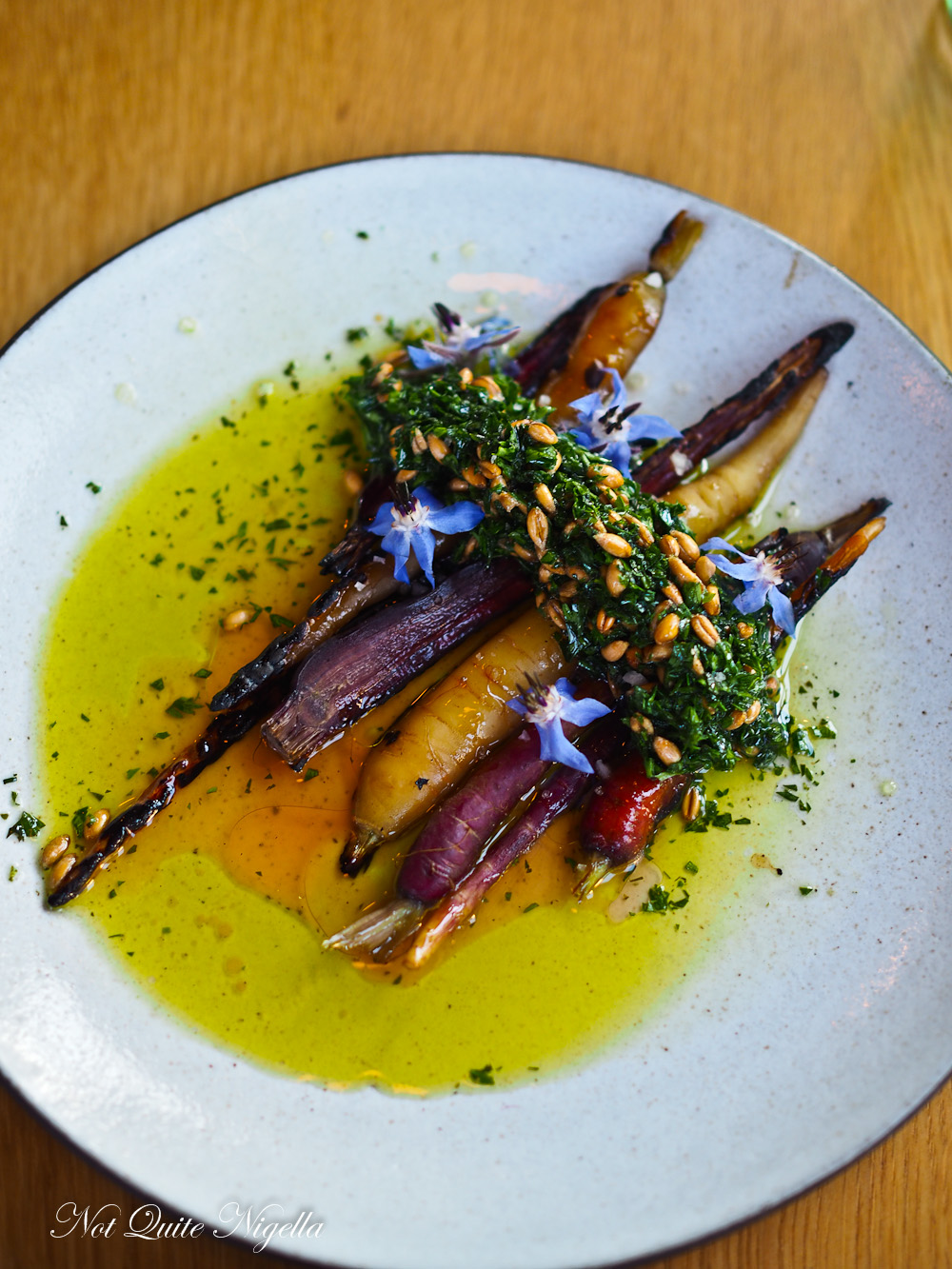 And finally, number 10! Oregon is part of the Pacific North West which also encompasses Alaska and Washington as well as the Southern Yukon and British Columbia in Canada. The cuisine is made up of plenty of shellfish and seafood, berries and lots of vegetables and fresh, natural flavours. 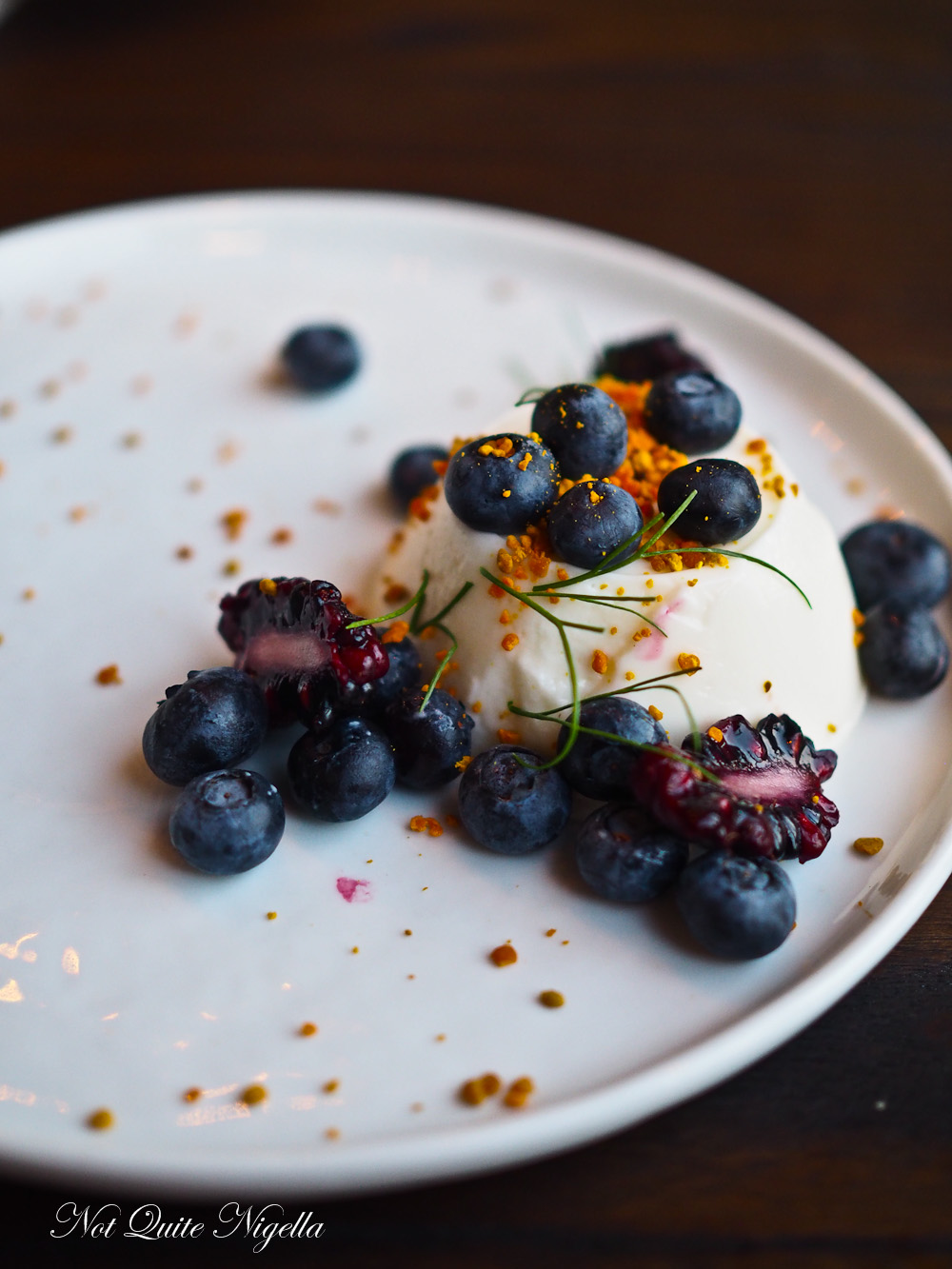 Panna cotta with blueberries and bee pollen from Jacqueline $8USD

So tell me Dear Reader, which food did you like the look of the best? What do you think about recreational weed? Would you try it if it were legalised? And would you visit a vegan strip club or go nude biking?

NQN and Mr NQN were guests of Travel Portland but all opinions remain her own. Foods at Salt and Straw, Pine Street Biscuits, Marukin ramen, Pok pok and donuts were independently paid for.