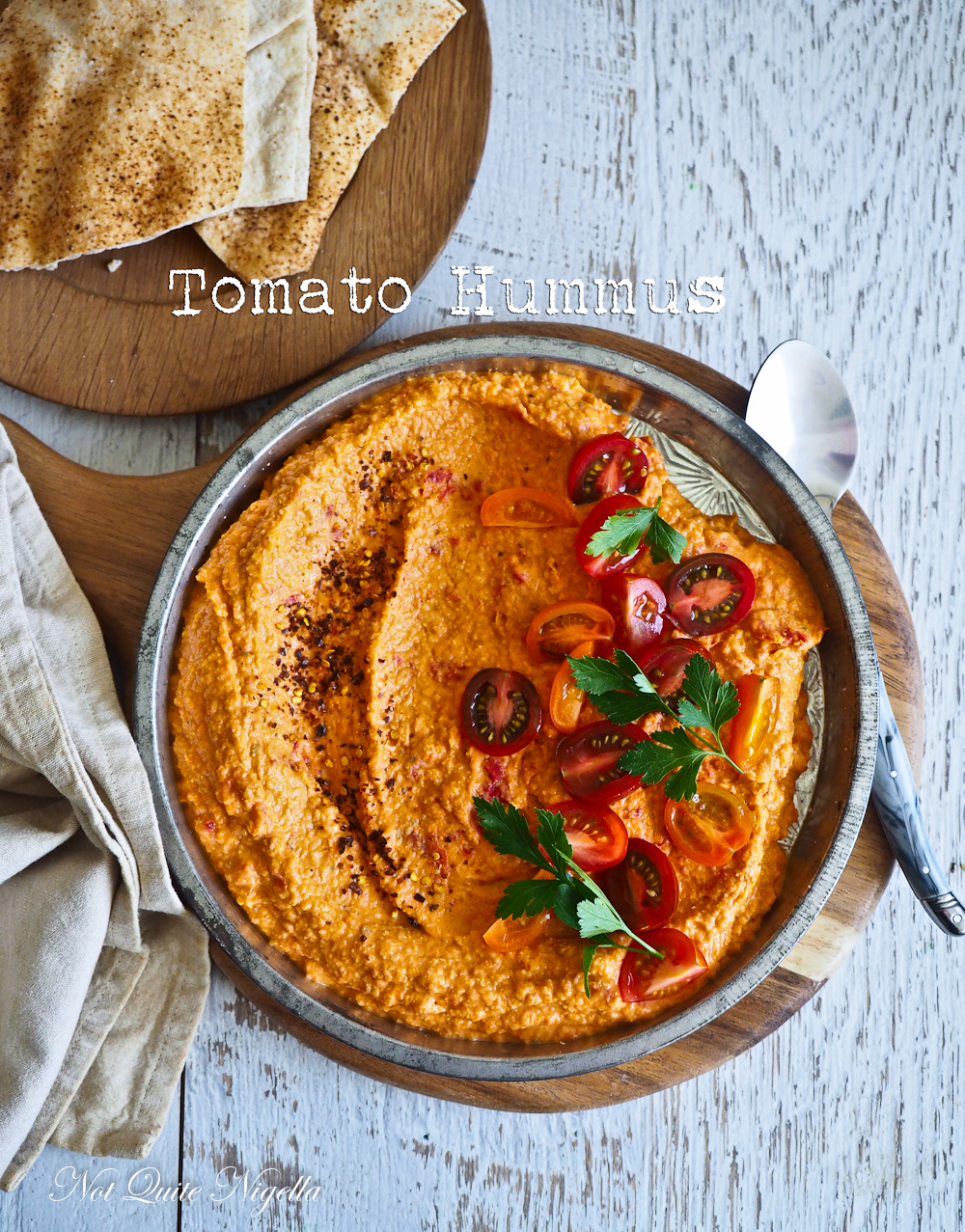 Want a fun way to add even more goodness and flavour to hummus? Try this sun dried tomato version which turns the hummus a terracotta shade and adds so much flavour with the ripe sweetness of tomatoes.

I needed something simple to make one day and this was it. This is the sort of item you whip up when you want something nutritious, with everything that you might need in one bowl. And when you have no energy and a takeaway menu seems like the best solution.

This past week passed by in a bit of a blur. I always get so tired the closer we get to Christmas time and every year I limp over the line and fall in a heap and sleep for hours and hours.

And then this week my heart broke and soared when Mochi went to her first day of work. Mr NQN changed jobs recently and he now works for a fashion/tech company which he really enjoys. They also allow dogs in the office and on any given day there could be one to half a dozen canine pals there. I usually have her at home but some days I need to go out to meetings and I can't take her with me so it is handy for her to go to work with him. It also gives her more time to socialise with other dogs. 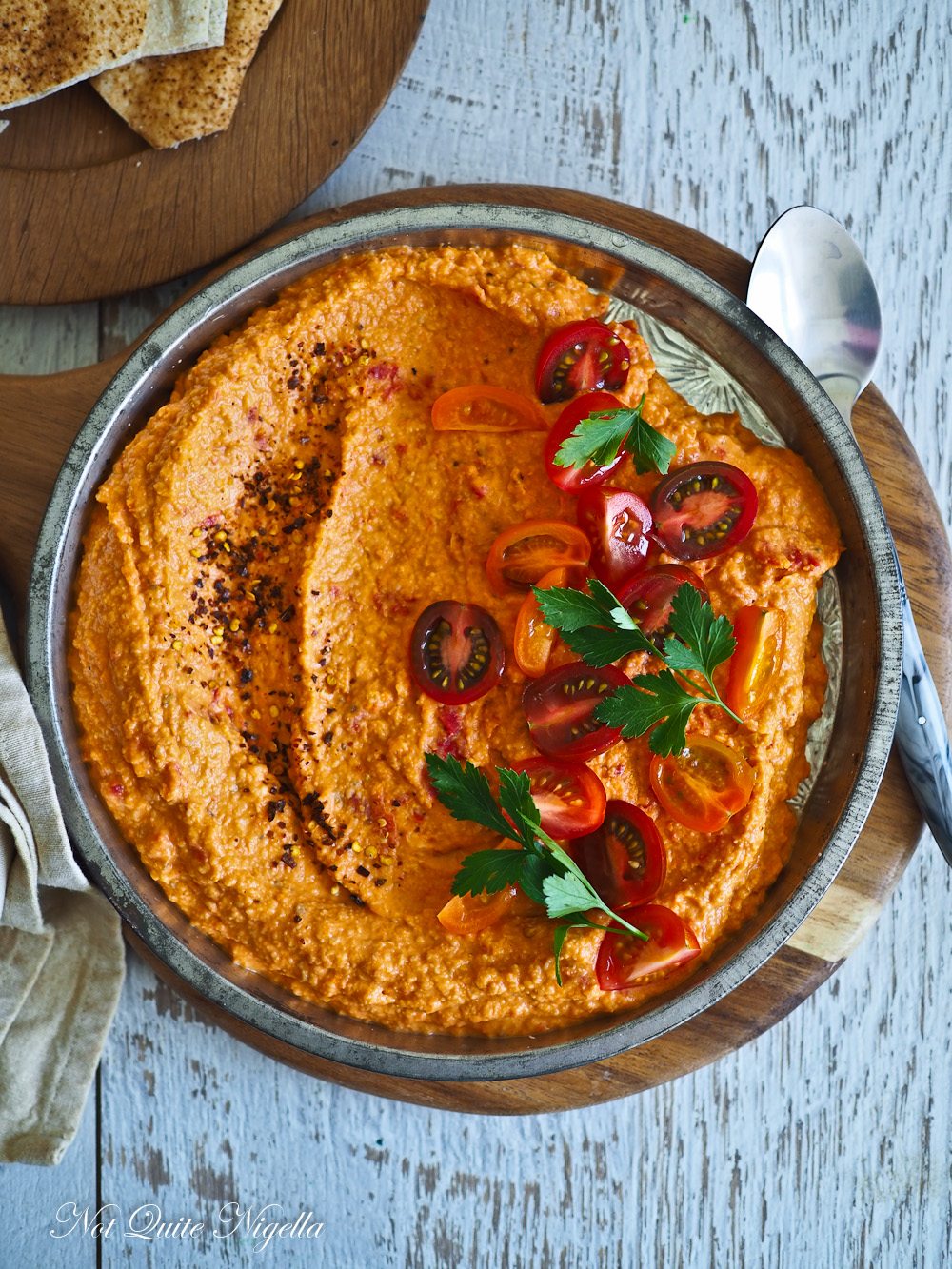 Mr NQN took her on a trial run on the bus in her bag. He downloaded an app that tells him which buses are empty so there's less chance of them being refused passage. She loves the bag as she associates it with treats and being protected and happily sits in it.

I was as nervous as a new mum on the morning she left with him for work. I'd message him constantly, "How is it going?".

When he reached work he put her down on her blanket hoping that she would relax and nap, her favourite past time. But Mochi had other ideas. The little one is a real charmer and she went around and greeted everyone on the floor. She also scored some dried organic chicken breast from one woman which to her is pretty much a major victory. My heart swelled with happiness to hear that. I get the feeling that she'll be just fine out there in the real world.

So tell me Dear Reader, how are you feeling so close to Christmas? Are you tired? Are you allowed pets at your work? Would you like your workplace to? 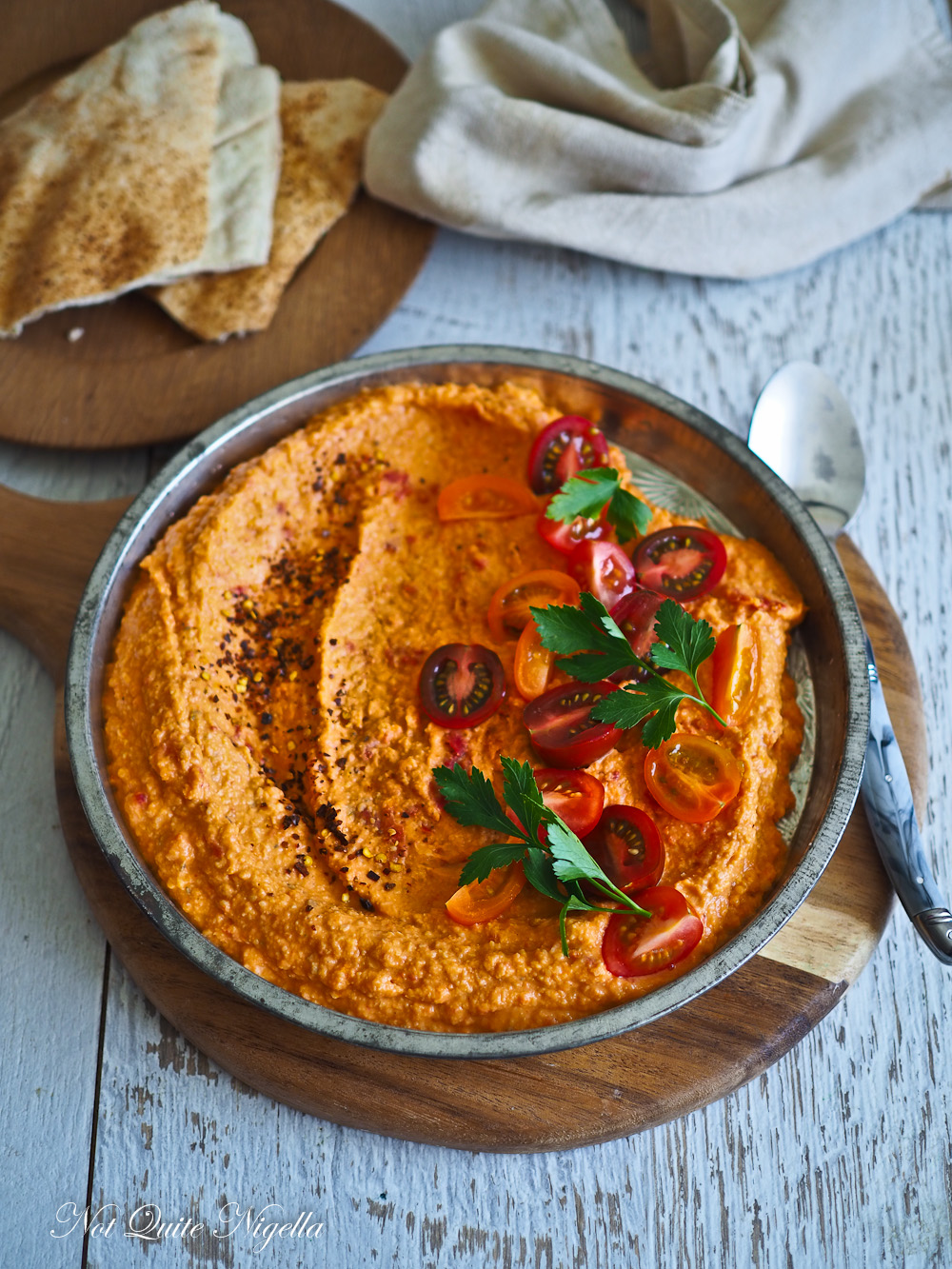 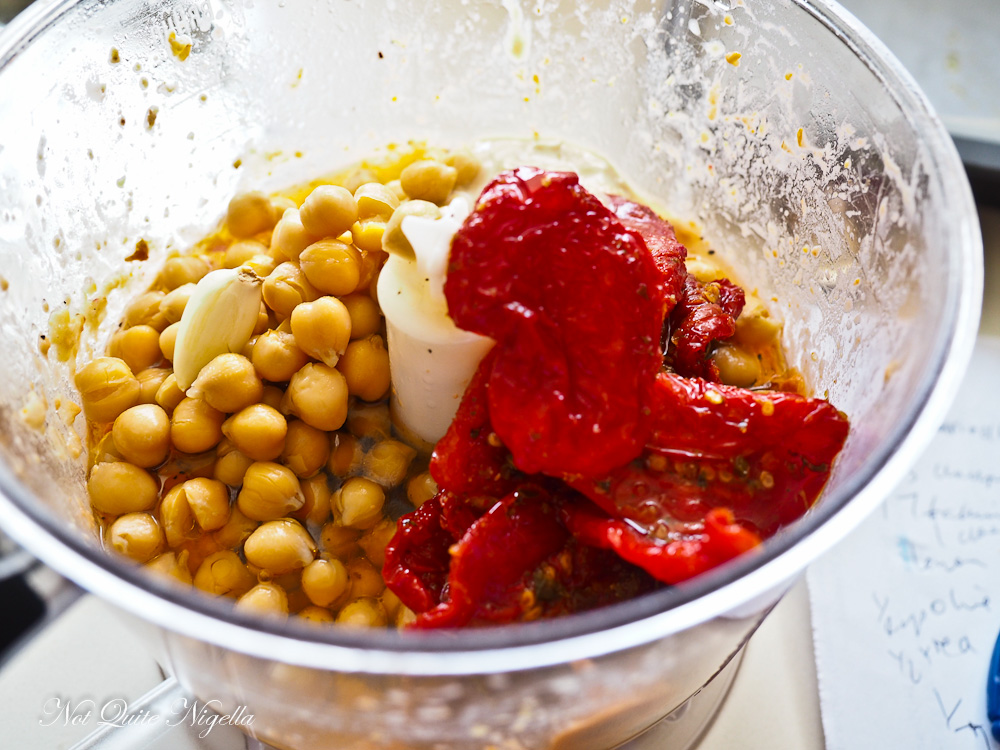 Step 1 - Place the chickpeas, sun dried tomatoes, garlic, oil, water, tahini and lemon juice in a blender and process until smooth. Season with salt and pepper. Scoop into a bowl or onto a platter and top with the red pepper flakes, sliced tomatoes and parsley.