If Are You The One At Mr Meng Chongqing Gourmet, Haymarket 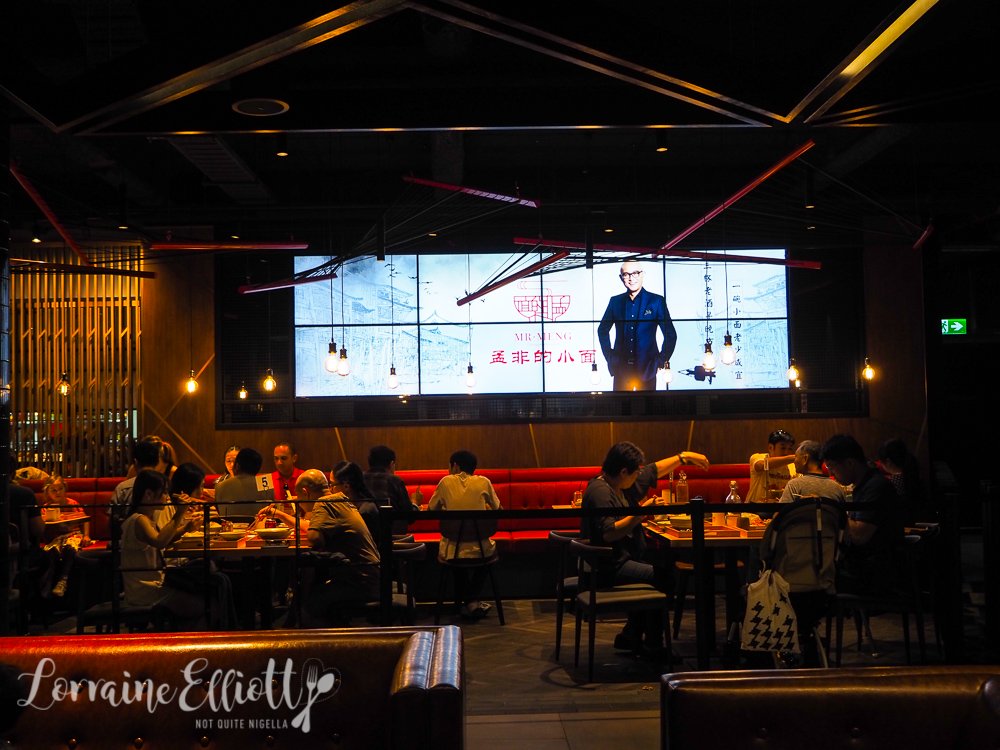 The story goes that once upon a time, an acerbic tv host in China decided to open up a chain of Chongqing eateries around the world. And Sydney is the latest city to get their very own Mr Meng. Food is cheap and cheerful here with the noodle bowls running around $13.80-$14.80. But be warned, Chongqing was formerly part of Szechuan province which means that dishes here run spicy hot!

About a year ago Mr NQN said to me, "You’ve got to see this show,". It was a Chinese dating show called "If You Are The One". It’s pretty entertaining and if anything it highlighted the differences between dating in Chinese and Western culture. People on this show are very concerned about different things sincerely declaring their earning potential, work ethic and loyalty only to be dealt with a brutal smackdown from the host Meng Fei or their potential love. 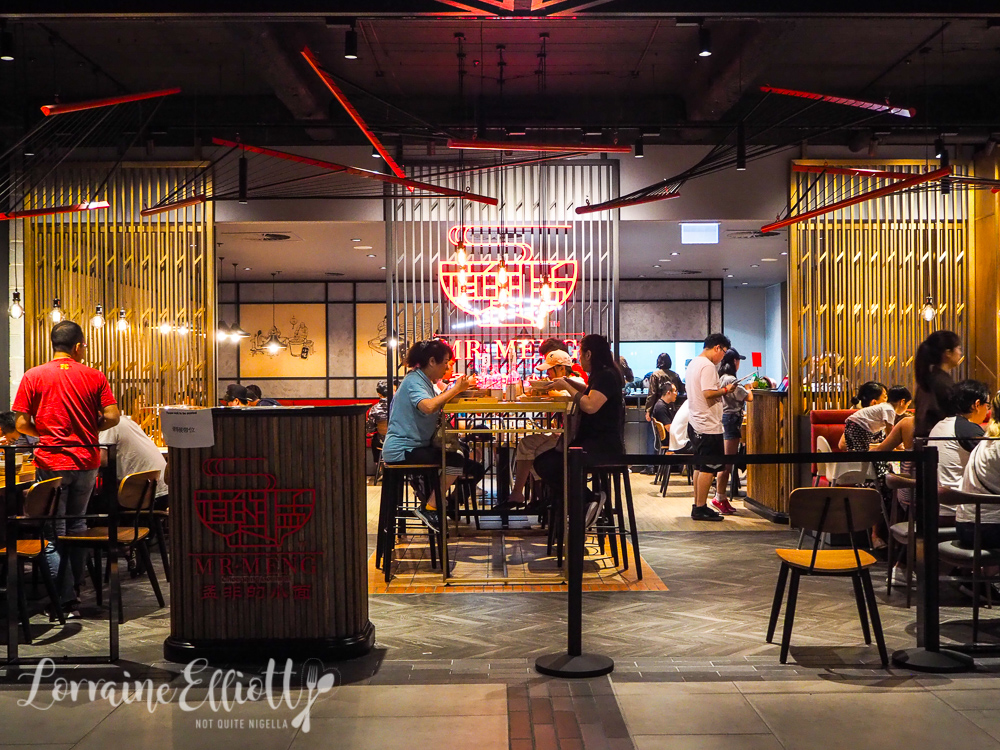 And while I was watching it I definitely felt like the banana that I am always accused of being by my family. And I wondered that if I grew up in China (realistically it would have been Singapore or Hong Kong since my parents are from there) instead of Australia would I still be the Halloween loving black sheep of my family?

But I digress. The reason for my mention of the show is its host, Meng Fei and his chain of Chongqing restaurants. The first Sydney branch has just opened on the third floor of the Market City complex. 1909 is a newish dining precinct but at the moment there doesn't look to be that much open there. 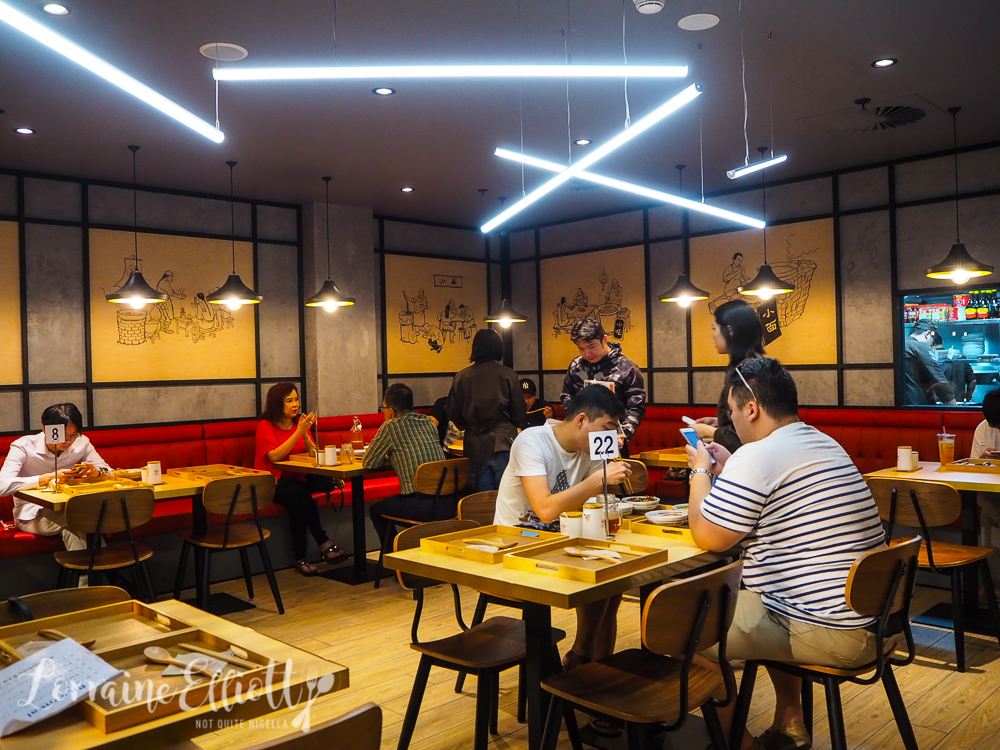 Chongqing food is spicy. In fact there is only one dish on the menu that isn't hot (noodles with stewed chicken and mushroom noodle). Although it is early on, the staff are super friendly and for now, there aren't huge queues. Mr NQN and I sit down at a table for four set with wooden square trays, chopsticks and spoons ready.

To order, you go to the counter, pay and take a number to the table. Dishes come out in a random sort of order so sharing is ideal although big bowls of soup noodles aren't the easiest thing to share. 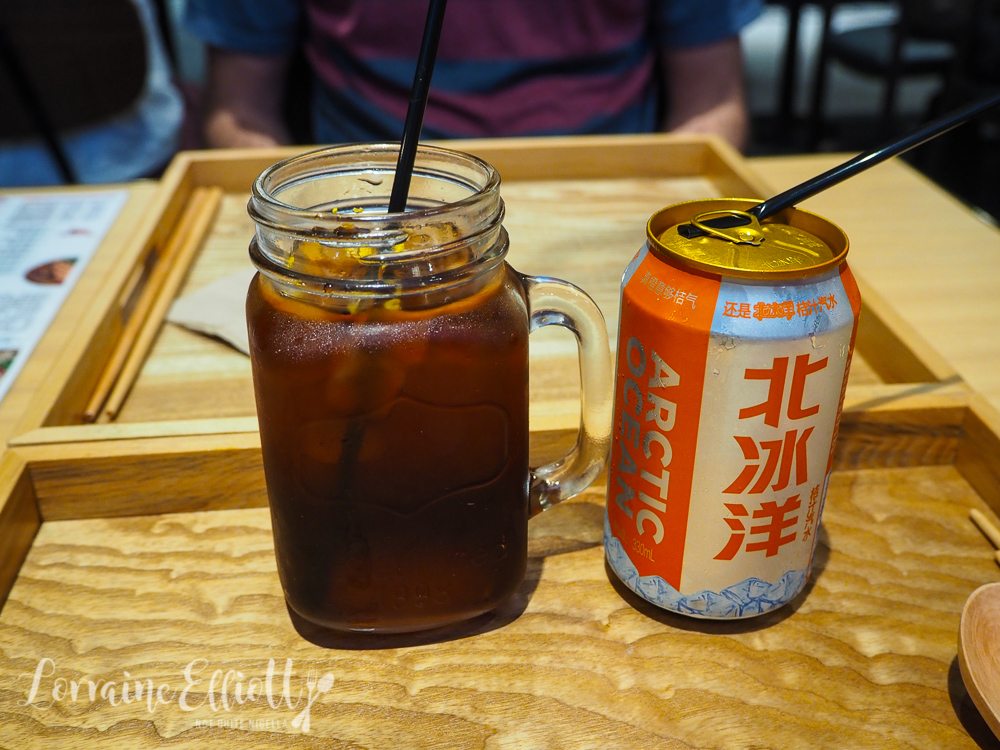 Both drinks are quite pleasant albeit super sweet and given the heat of the food, you may want to get some water on standby or at least an iced soy milk. 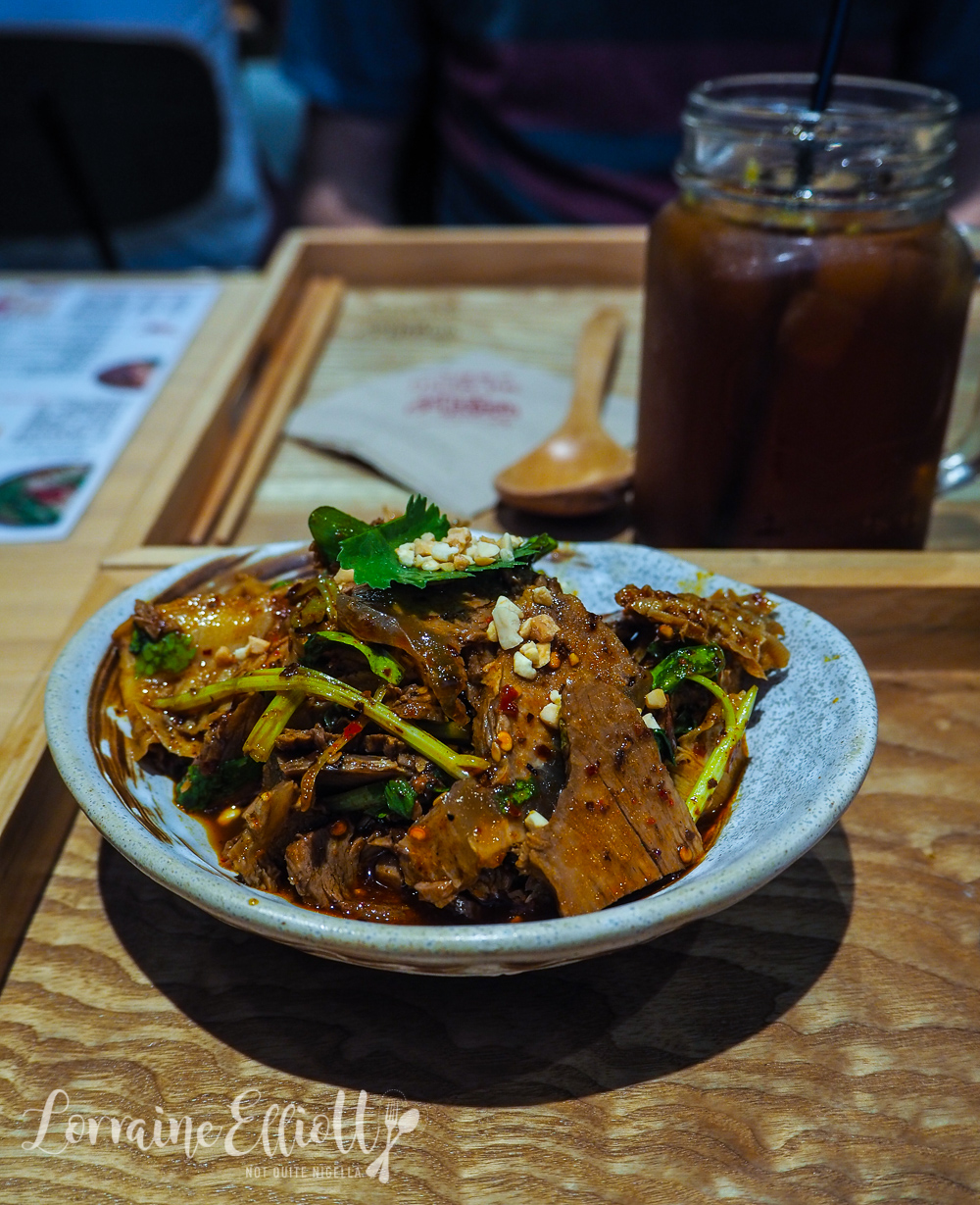 The sliced beef and ox tongue comes out cold, bathed in a spicy chilli sauce, coriander and peanuts. There's a touch of numbing Szechuan peppercorns in all of the chilli sauces and if you don't like chilli or the numbing effect, you're probably best off to order the only not spicy item on the menu. As for me, I enjoy this along with the drinks as we wait for the rest of the food to arrive. 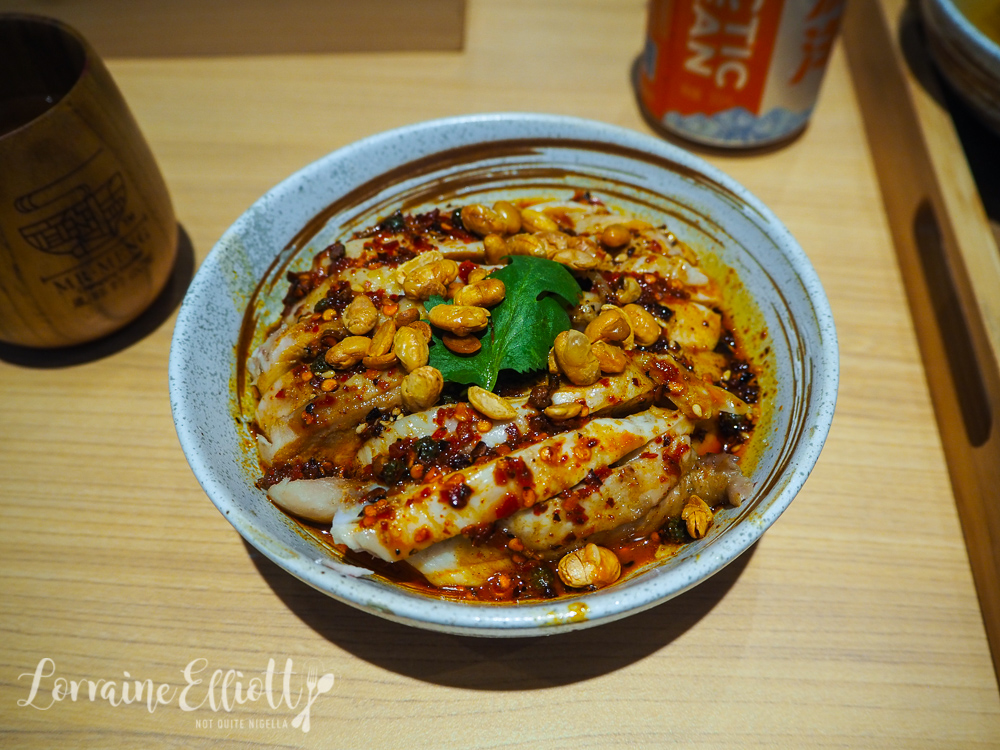 The chicken is also given the same treatment as the beef and ox tongue. The chicken still has the skin on and comes thinly sliced. I think this would be great with plain noodles or steamed rice on the side to temper the heat. Poor Mr NQN is not really coping with the level of chilli. 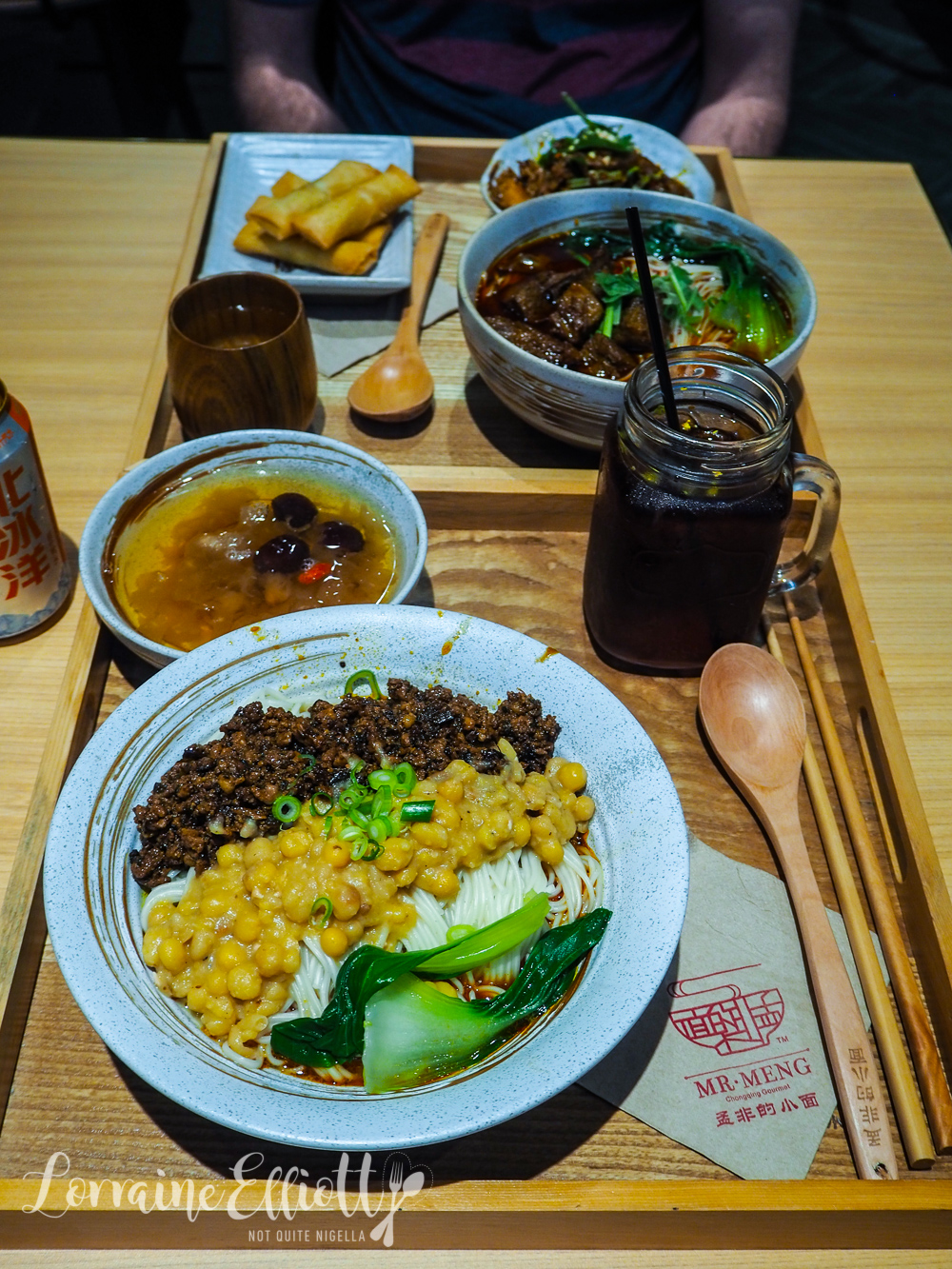 We ordered two noodle dishes and found them both to vary considerably in terms of spiciness. This along with the beef noodle dish below are said to be the most popular. This one has very little broth to it unlike the beef soup below. It's paired with yellow peas and flavoursome pork mince. Although it is a bit unusual at first, especially the peas, I really enjoy this dish after a few bites. I think I actually prefer it to the beef noodle soup below. 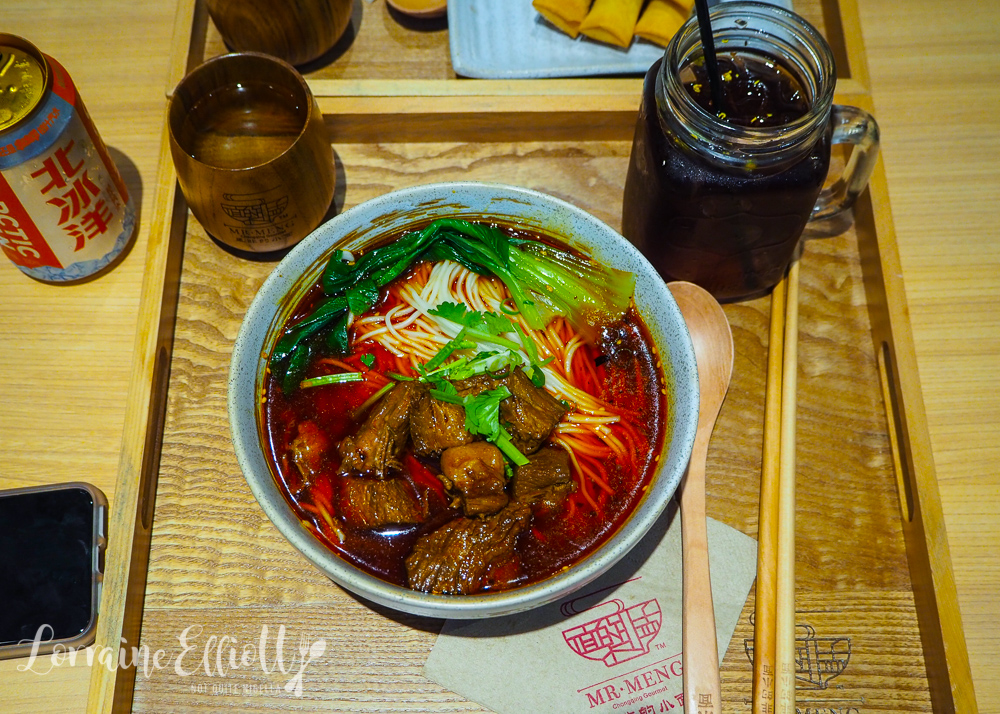 Because we are opposites on everything Mr NQN prefers this. At first he finds it way too spicy so he has to swap with me for the above dish but then he circles back and says that he likes this one better after all. There is a good amount of beef and it is satisfyingly spicy although you do need to be careful eating it as the scarlet coloured chilli soup is quite oily on top. 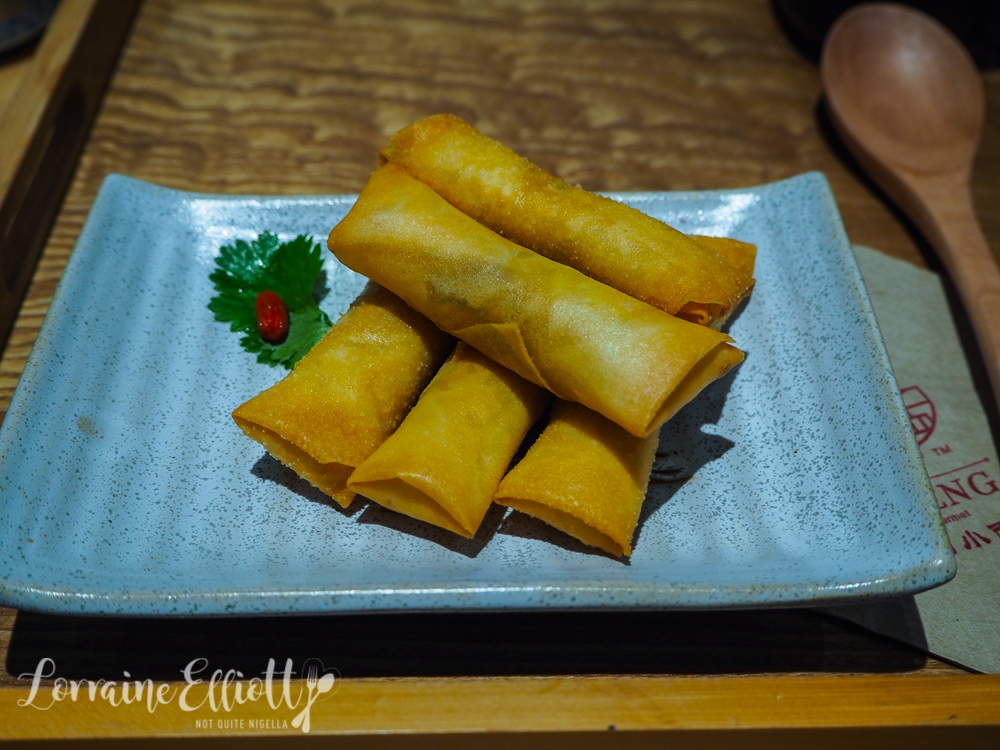 According to the menu the spring rolls are a signature item. I felt compelled to order them because of this. They're pleasant enough and seem to be mostly filled with vermicelli and carrot. I don't know if I would necessarily consider them a signature item though as there are a lot better ones out there. 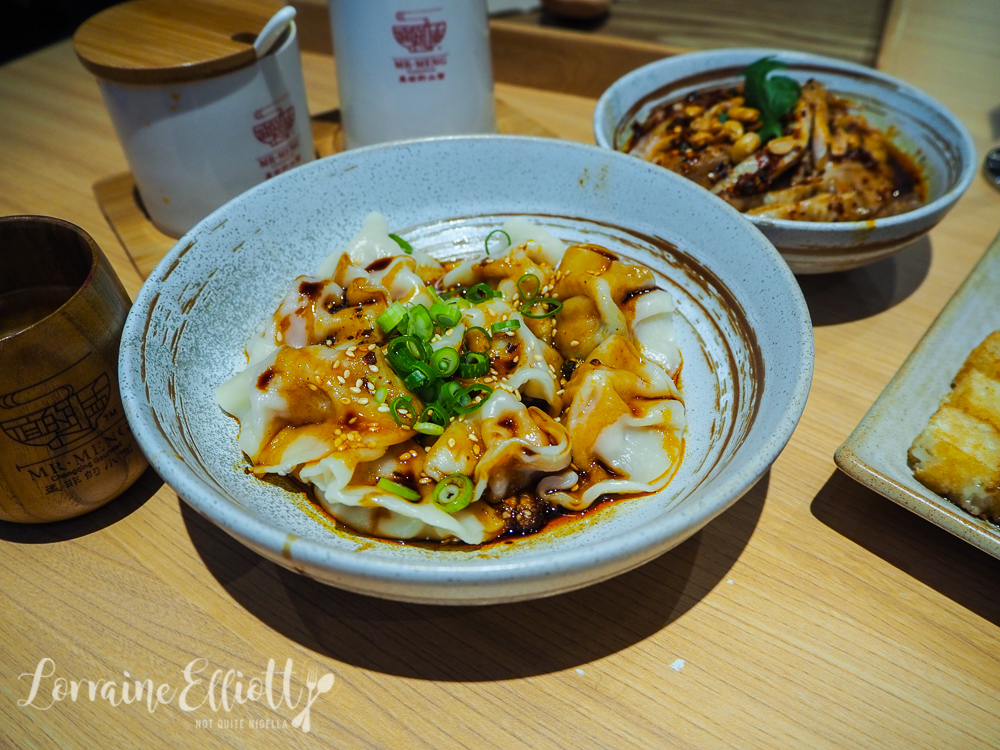 We almost didn't receive the Szechuan dumplings but the staff made sure that we got these. They're boiled pork dumplings in quite sweet chilli soy sauce. They're slippery, juicy and spicy. 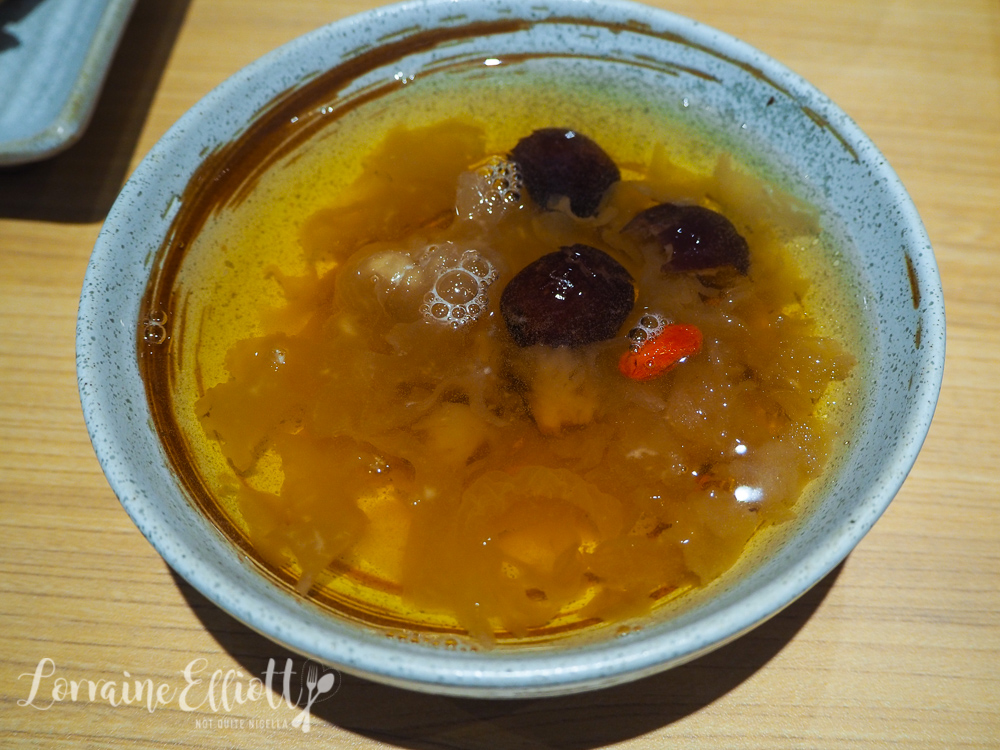 Mr NQN often just lets me order but for once he actually put in a request. It was for this sweet soup. If you haven't had white fungus soup before you're probably thinking something odd is going on. White fungus doesn't taste like mushrooms, it has very little flavour and its mostly about the slippery and slight cartilaginous sort of texture. Here it is served warm in a rock sugar syrup, dates and goji berries. It is his love for dishes like this that convinces my parents that he is somehow, deep inside, fully Chinese. 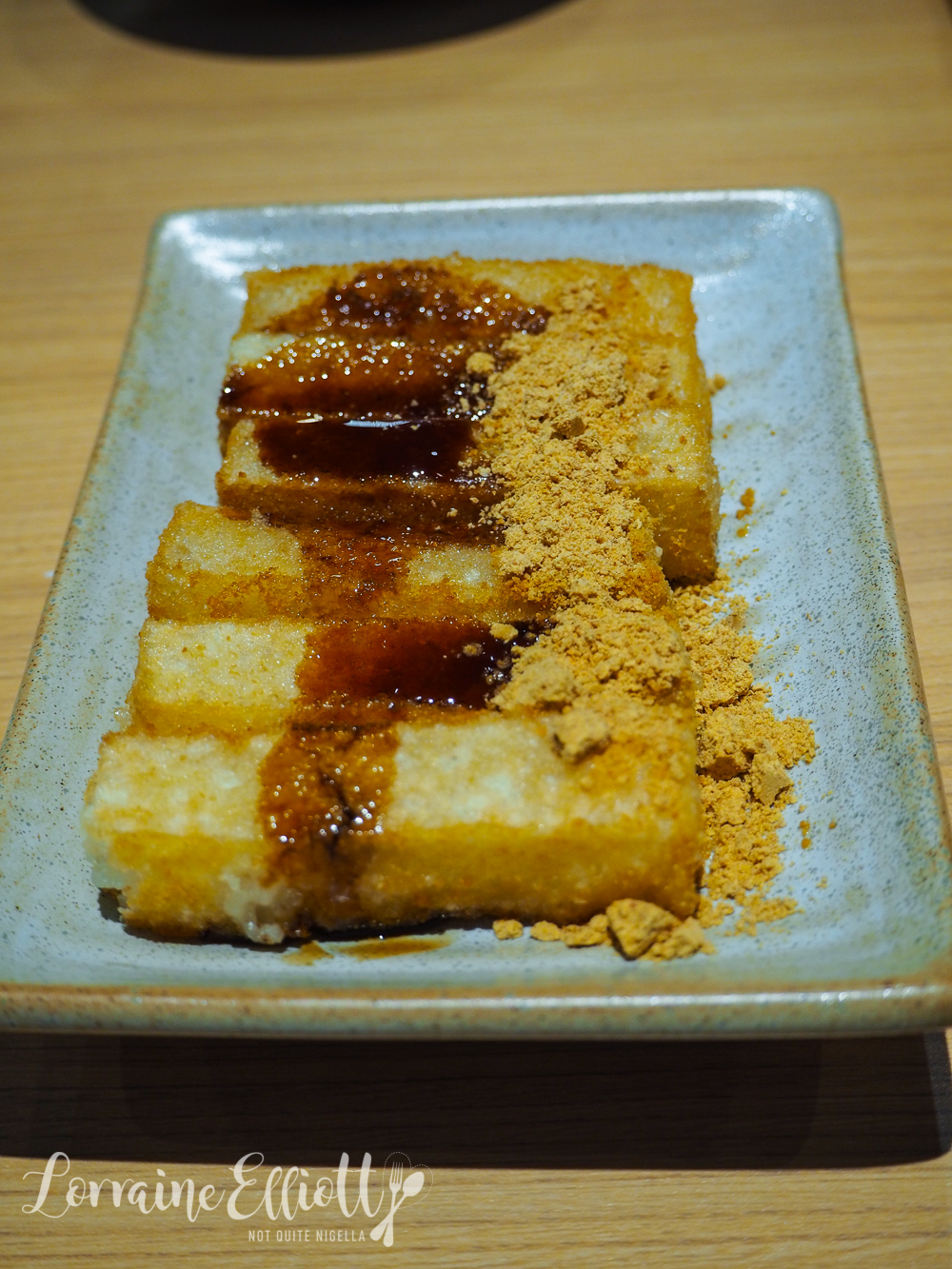 My choice for dessert were these rice cakes. They're sticky, chewy and crispy on the outside with a brown sugar syrup and soy bean powder. I loved the texture and flavour of these although we can't finish the whole serve. In fact we have lots left over but as the lady at the front proudly says, "Our takeaway boxes are free!" so we take what we can't eat home, planning to eat the rest for a lazy Sunday dinner in front of the tv. Maybe even in front of an episode of If You Are The One.