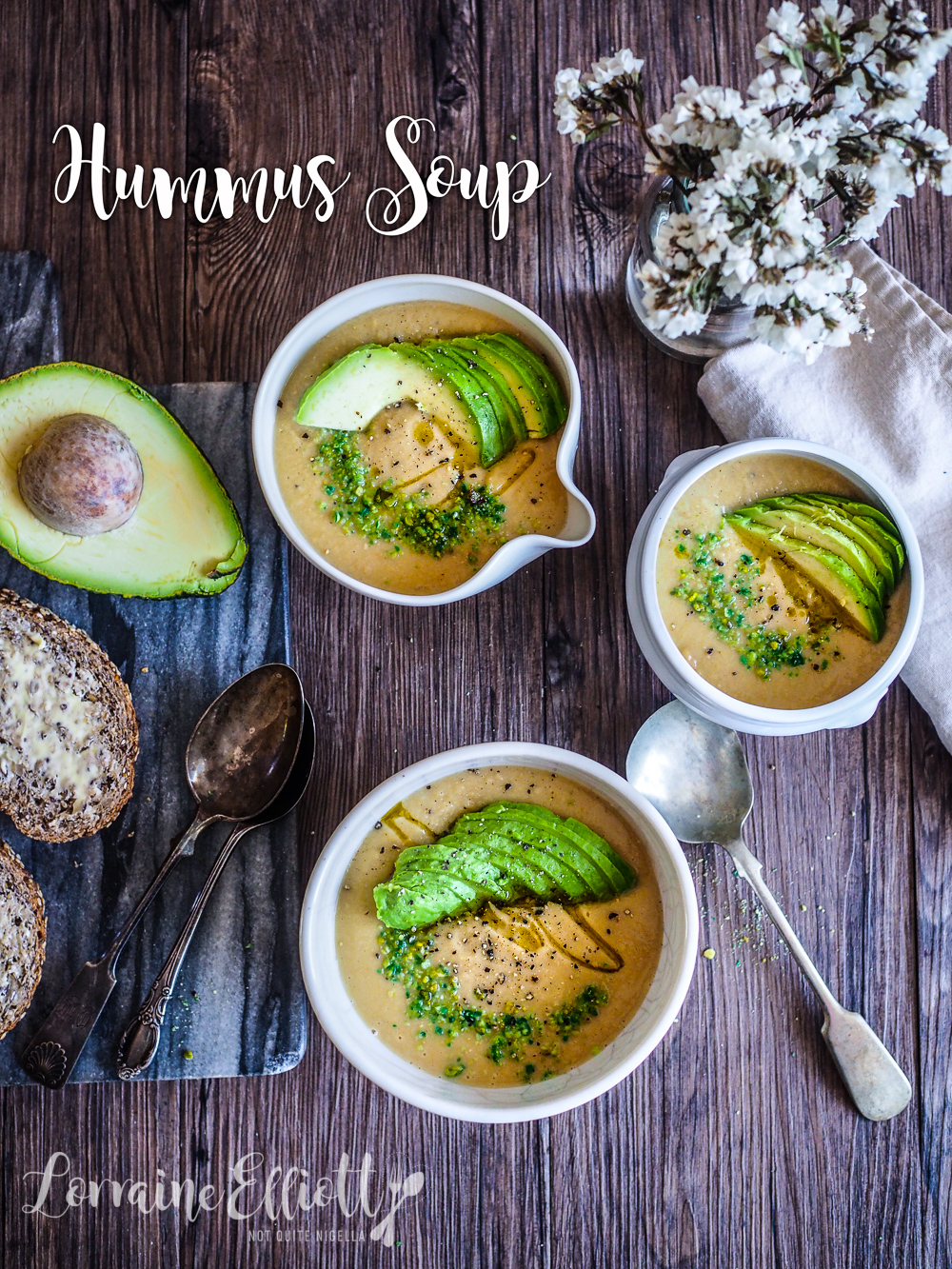 Love hummus? I have a feeling that you might fall in love with this hummus soup! It's a creamy (but dairy free) chickpea soup that delivers in spades with warming, wholesome flavours. Best of all it's one of those dishes that you can whip up based on pantry ingredients! 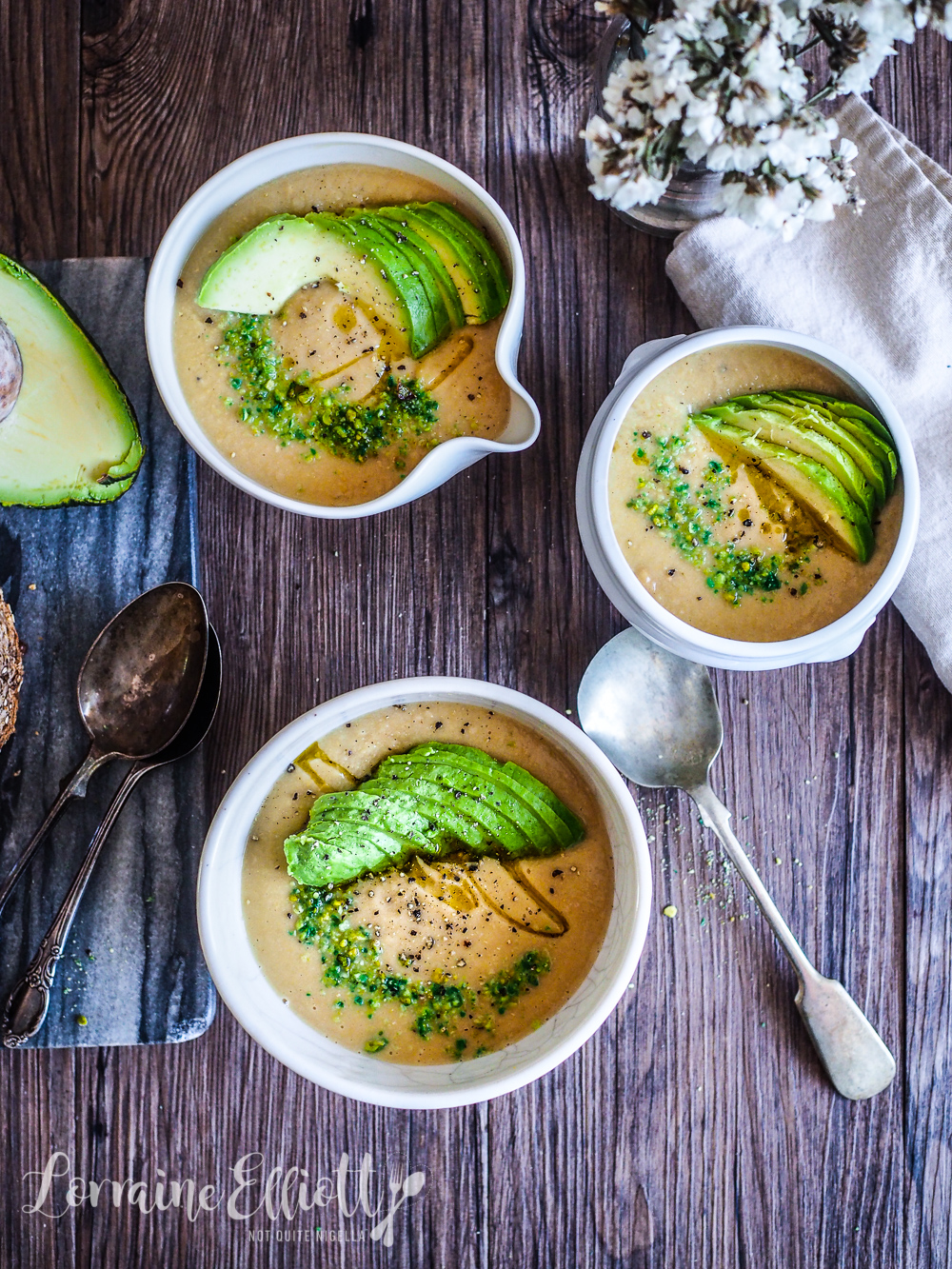 I first saw the idea for this soup on my friend Eva's blog. She used red lentils but I didn't have any so I made this a straight hummus chickpea soup. I had an inkling that this would be good but I didn't think that Mr NQN would eat this entire lot of soup (sans my tasting spoonfuls) in one night. 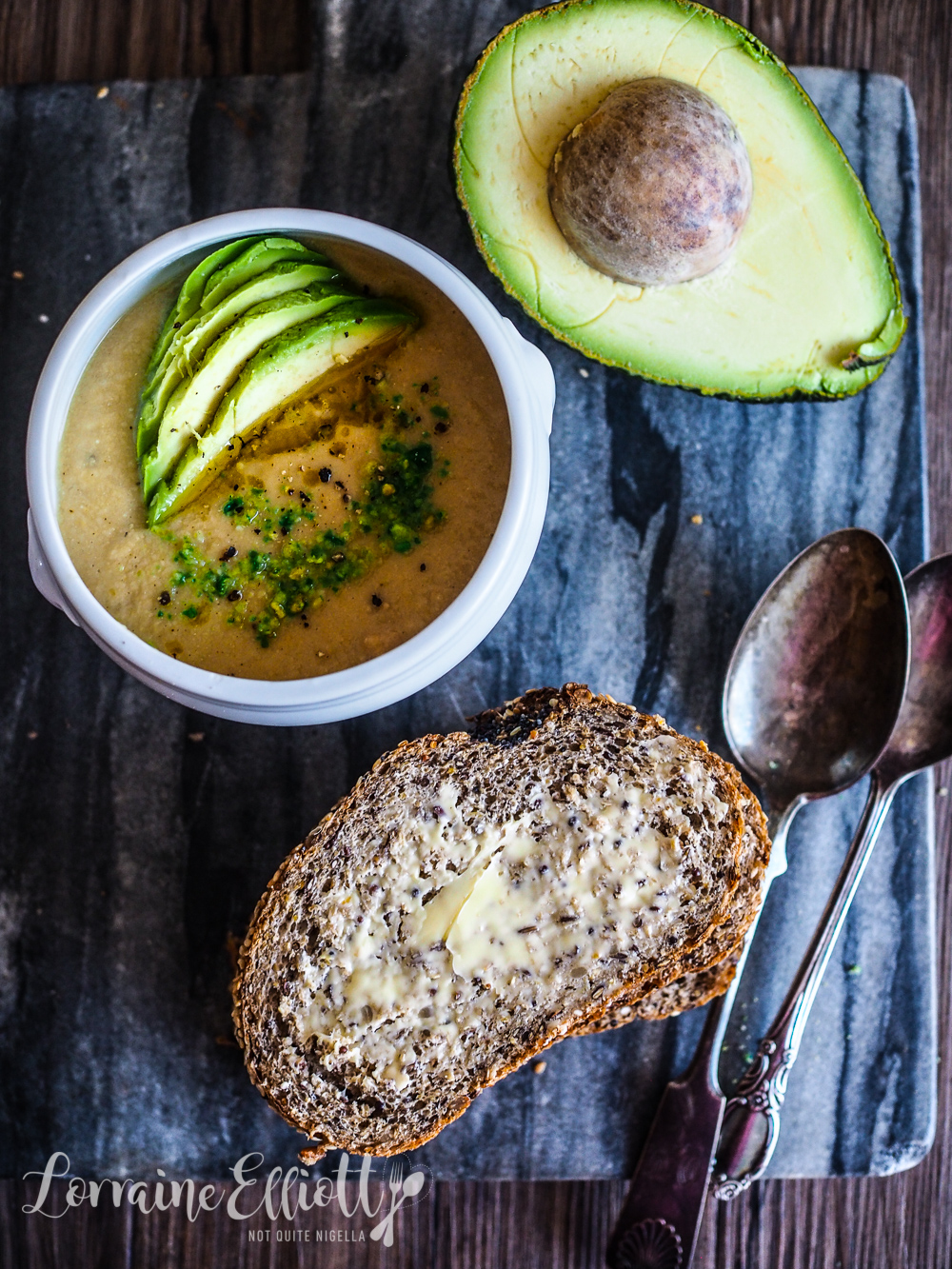 Yup, he basically ate two tins worth of chickpeas for dinner! He smacked his lips together when he finished it and bestowed me with his greatest compliment: "That was really good." It's his typically understated way of talking whereas I am all effusive and enthusiastic.

Although we've been together for a while, we still have issues communicating. One day I needed to pick him up in Bondi Junction near the train station. Knowing how busy it was I asked him ahead of time where he would like to be picked up. 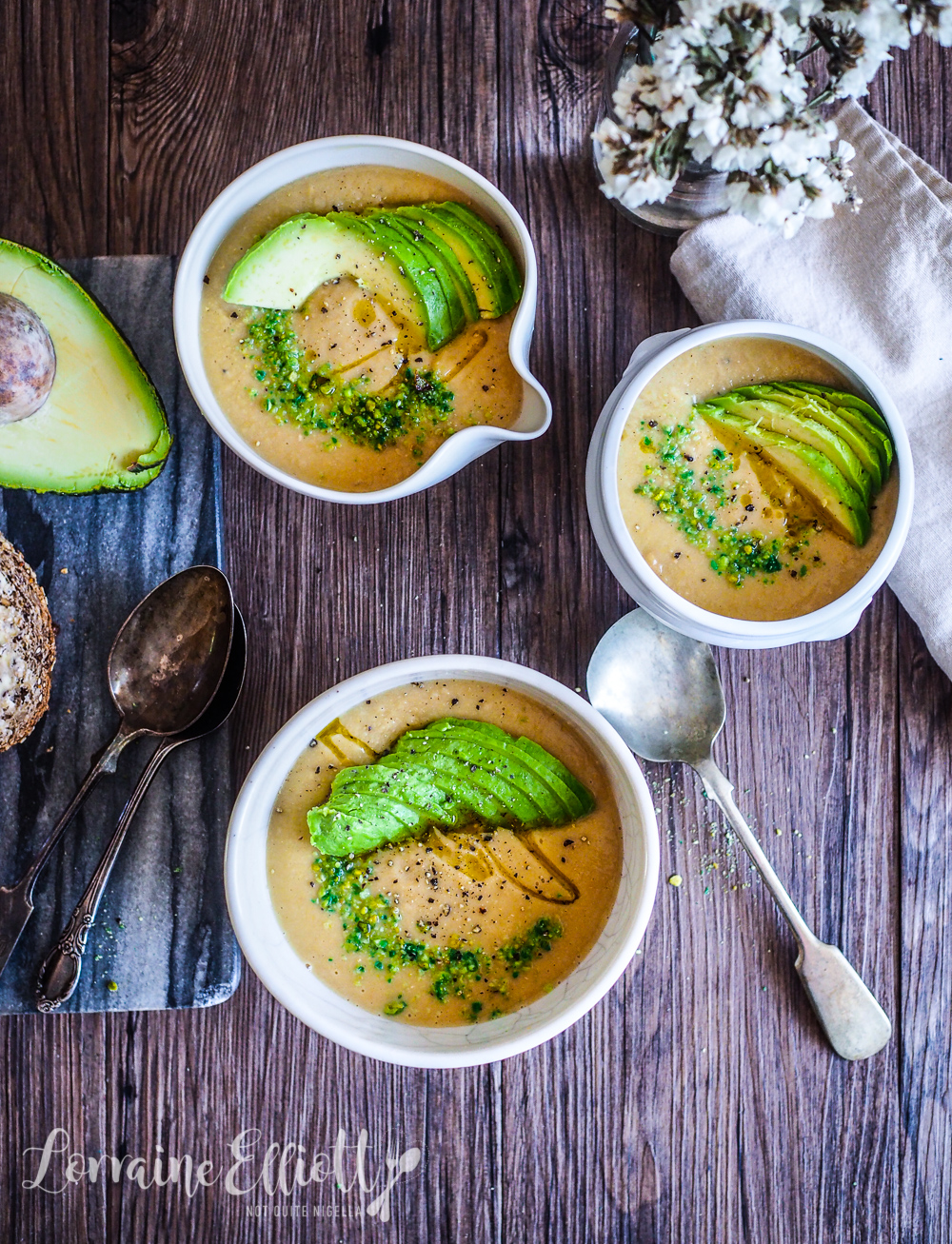 "Northern side of Grafton Street ok?" he said which made me sigh deeply. He and I have discussed how I have no idea where north, south, east and west are - north to me is up! I've said to him, "Do I look like a compass?" at least a dozen times. "A street address please. I've said that a million times. I need to put in an address (into the GPS) and I don't know where North is!". I also added "Do I look like Burke and Wills?" adding a laughing emoji at the end.

But he failed to see the humour and didn't want the lift any more!

So tell me Dear Reader, do you know where north, south, east and west are in relation to where you are standing? And do you like hummus? 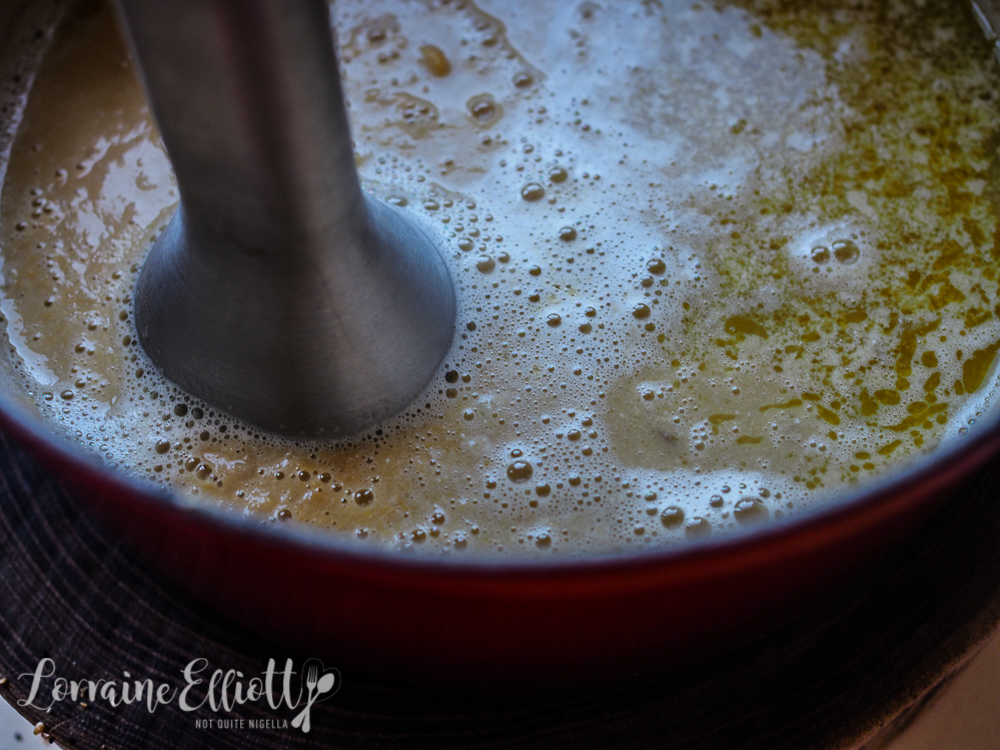 Step 1 - Heat oil in a large pot on medium heat and saute the onion until translucent. Add the garlic and fry for a minute or so. Add the chicken stock and chickpeas and simmer with the lid on for 20-30 minutes or until soft. Add in the tahini and stir to combine.

Step 2 - Process with an immersion or stick blender until smooth and creamy. Top with dukkah and avocado.