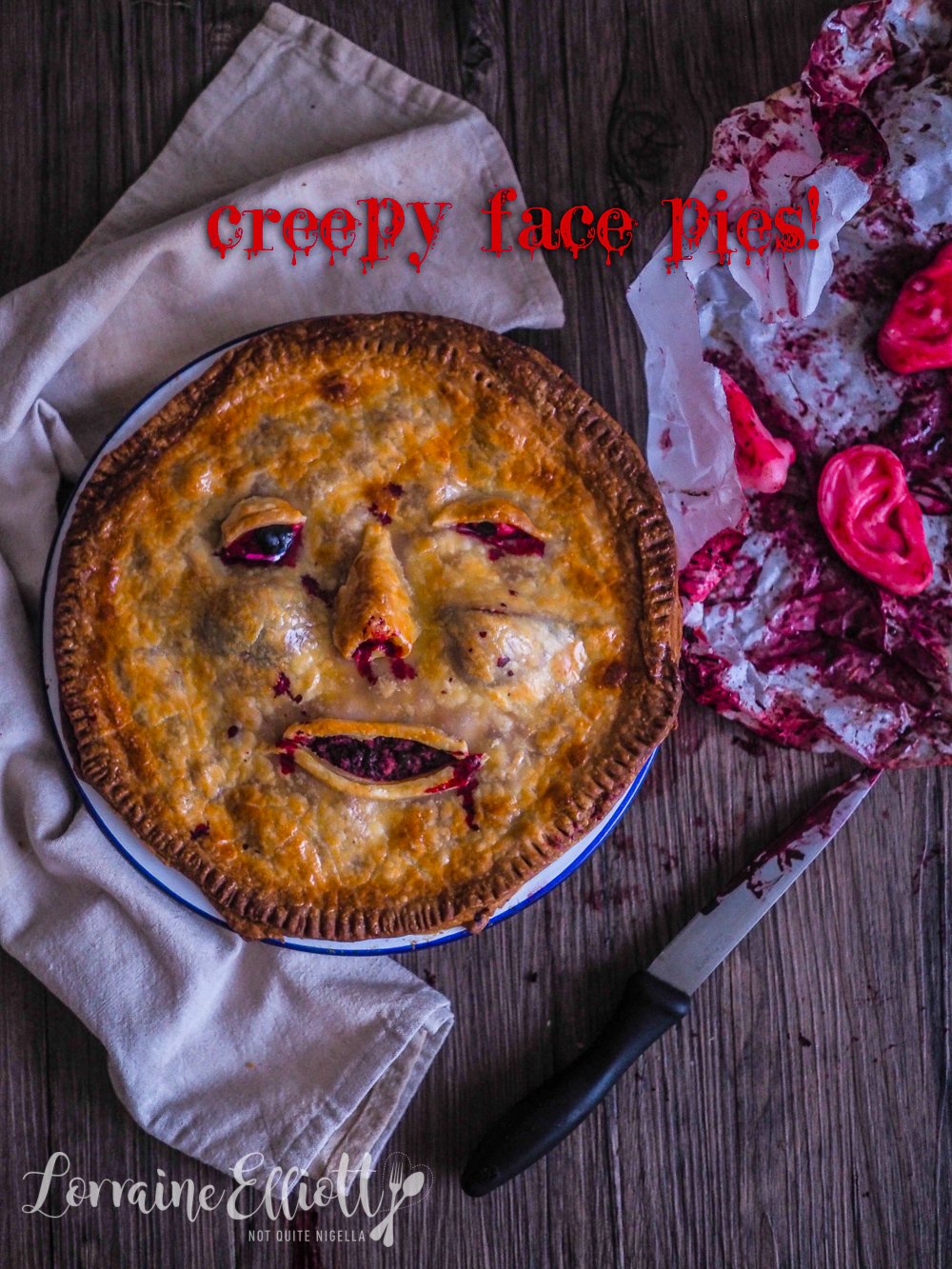 The spooky month of Halloween continues with these creepy face pies! These turkey and cranberry pies are as gruesome as they are delicious. With the added sweetness and bloody colour from beetroot these life size human face pies will frighten guests as much as tantalise their tastebuds-they might just eat them with both eyes closed!

Last year I made some creepy rhubarb eye pies and I had one person on Instagram recreate them and then go on to make whole faces that were creepily good. Then an artist made face pies out of latex (sadly not edible) and by the time this Halloween rolled around half a dozen friends tagged me on the face pie creations suggesting that I make an edible version. And that Dear Reader is how my turkey, cranberry and beetroot face pies came about. 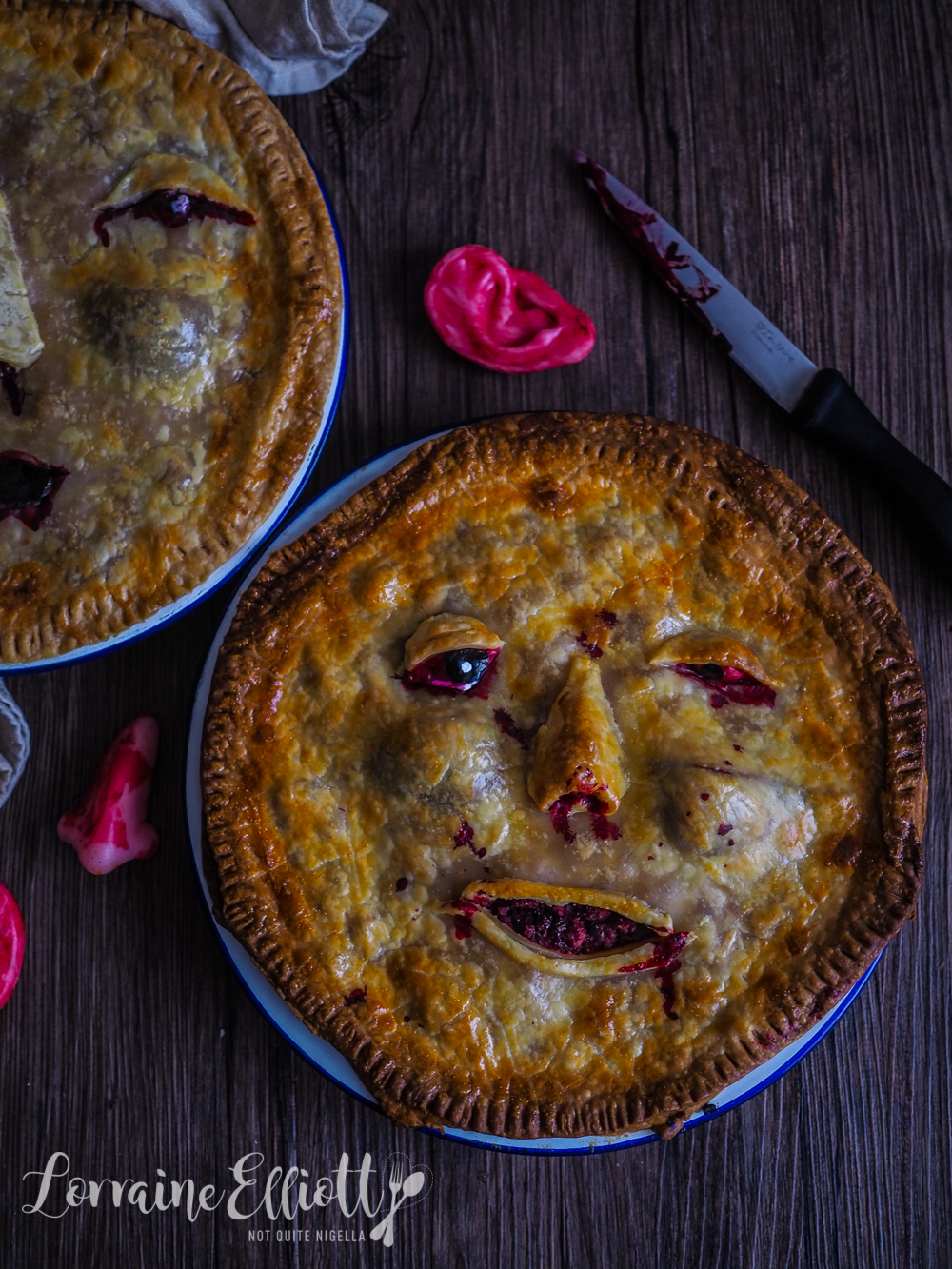 They're actually quite straightforward to make, with just a little more gruesome detail than an actual pie and they taste delicious as well, so any misgiving people may have about these creepy pies will be outweighed by the taste. These are going on the menu for my upcoming Hallowe'en party which I am so excited about!

Speaking of kooky, I often meet a lot of interesting people in my travels. Most are regular sort of people but there are a few that a bit left of centre. One time I was visiting the site of a boutique hotel. The man showing me around was really lovely but a bit kooky. I don't mind kooky or quirky (hello, I just made creepy face pies!) but he did say something that made me do a double take (and if you've got kids reading, the story turns R rated). 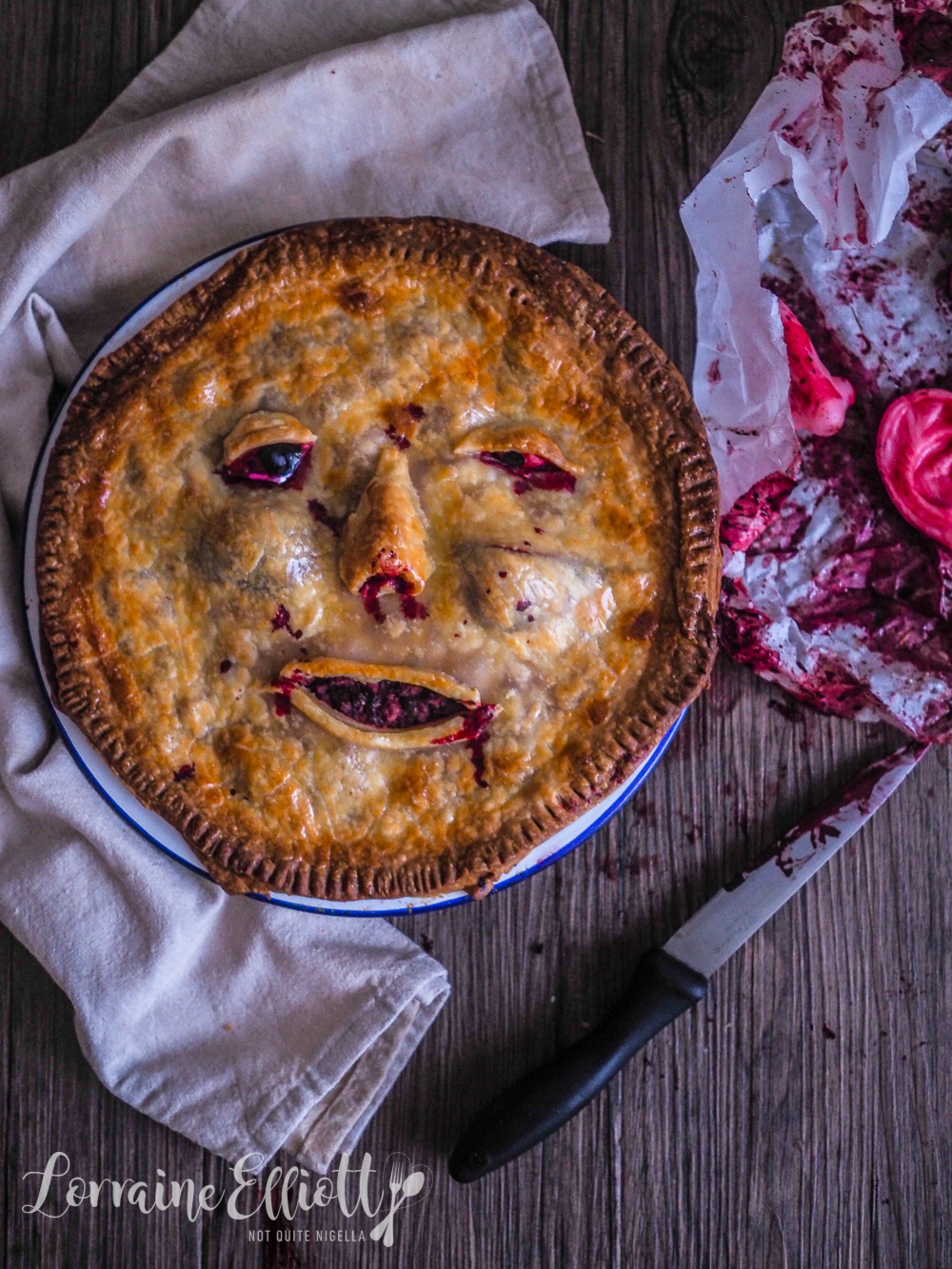 He was showing me around the grounds of where they were still to complete building. "The view out there is spectacular so that's where I'm putting the f&^%ing area," he said nonchalantly. "The what?" I said, thinking that he meant it as an adjective, rather than a verb. "You know, where people can f&^%," he said, "I mean look at the view!" he said breathing in the crisp air deeply. I regarded the area and view, I regarded him and thought that perhaps he was a visionary and in decades to come, people may have these areas devoted to it! Either that or he was just kooky...

So tell me Dear Reader, how would you have reacted to hearing that? Was he creepy, kooky or a visionary? Would you eat these pies if they were served to you? 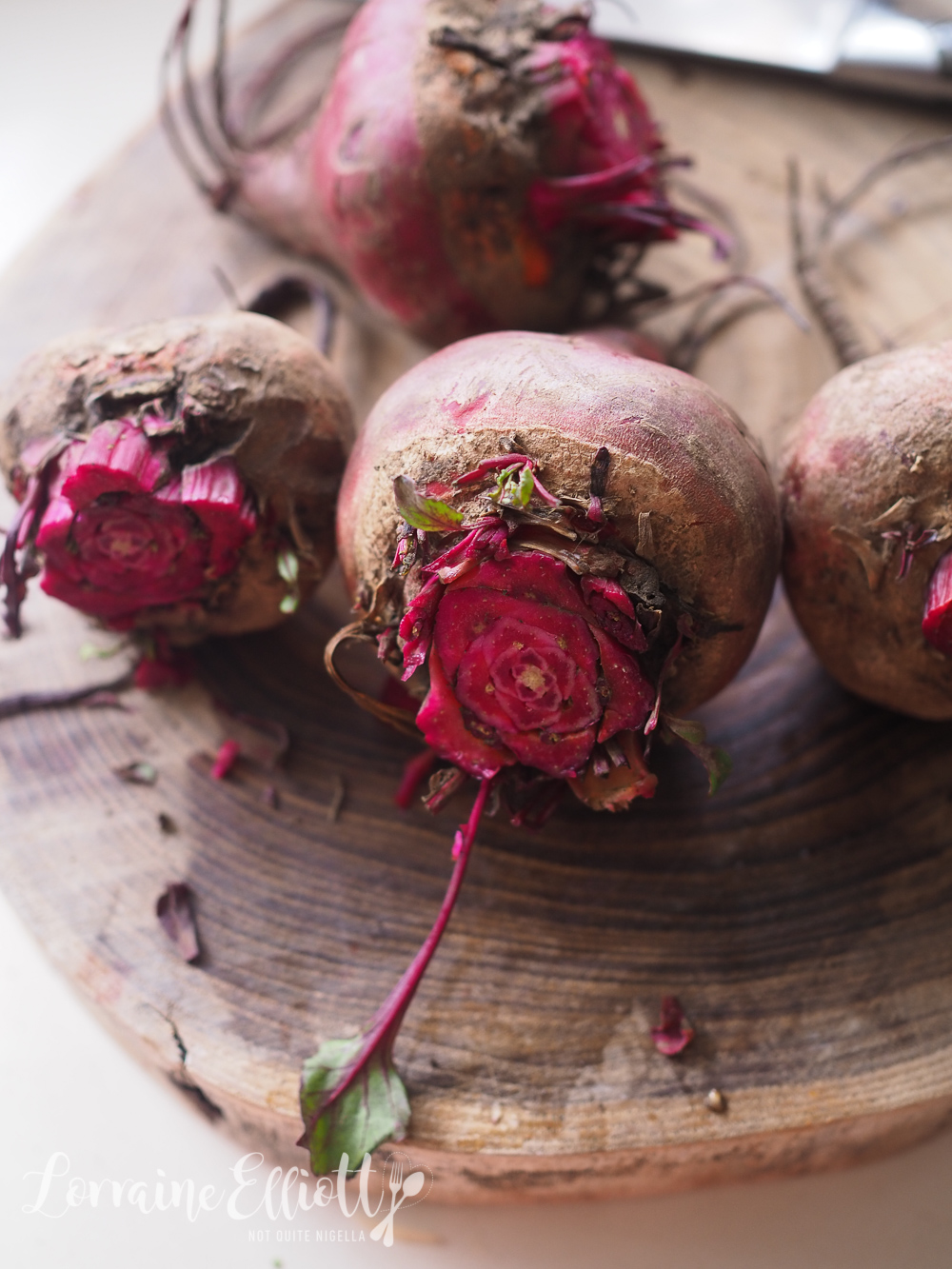 Step 1 - Preheat oven to 180C/350F. Wash and scrub the beetroot and then trim and quarter them. Wrap them up in a large sheet of parchment with a drizzle of oil and roast until tender (around 30 minutes depending on how large the pieces are). Reserve four quarters and process the rest. 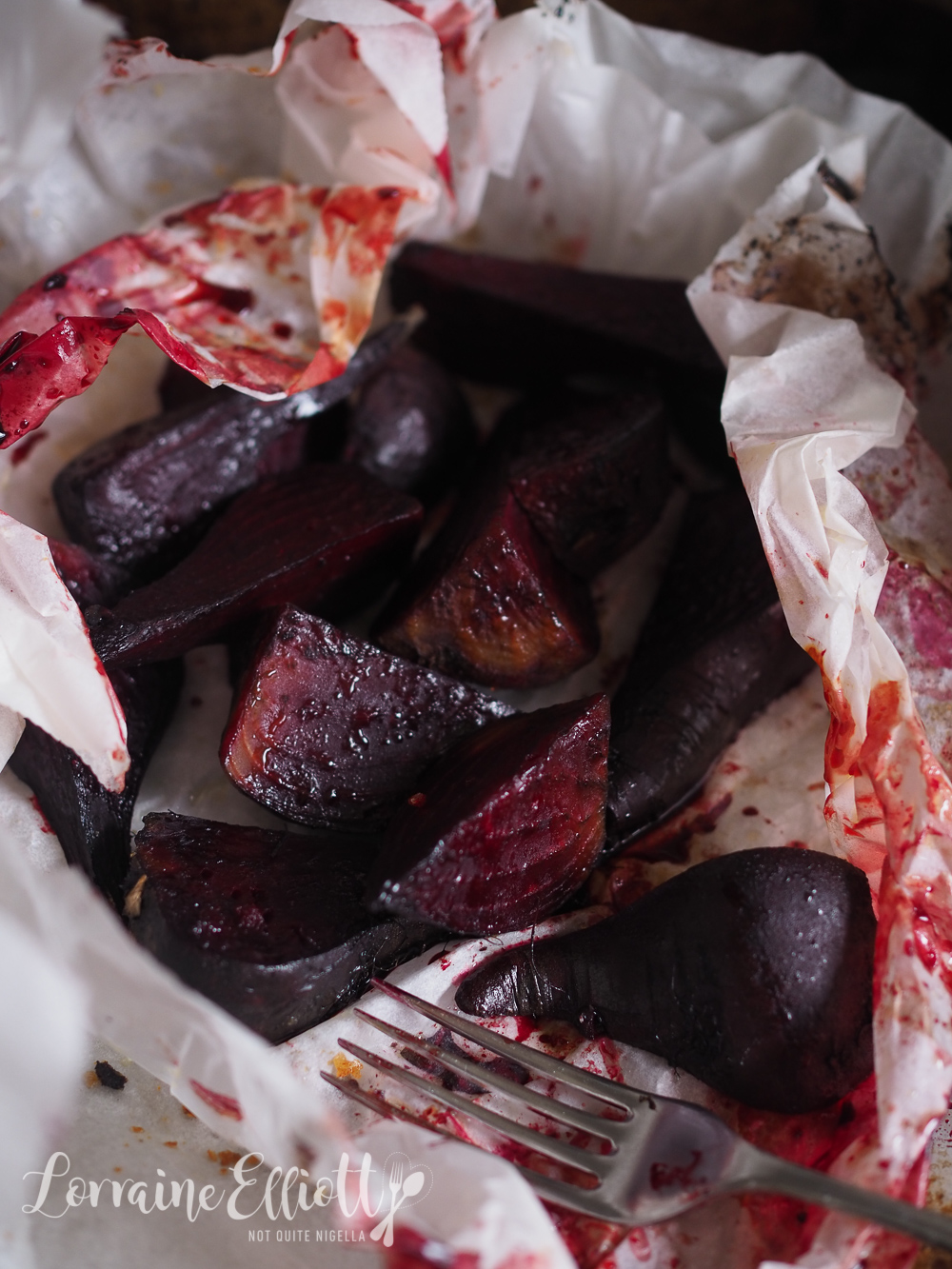 Step 2 - Heat oil in a large pot on medium heat and saute the onions until soft. Add the garlic and fry for a minute. Add the mince and brown it cooking it through. Add the processed beetroot, cranberry sauce and thyme and then season with salt and pepper to taste. Add the cornflour mixture to thicken the juices. Then remove from heat and allow to cool completely. 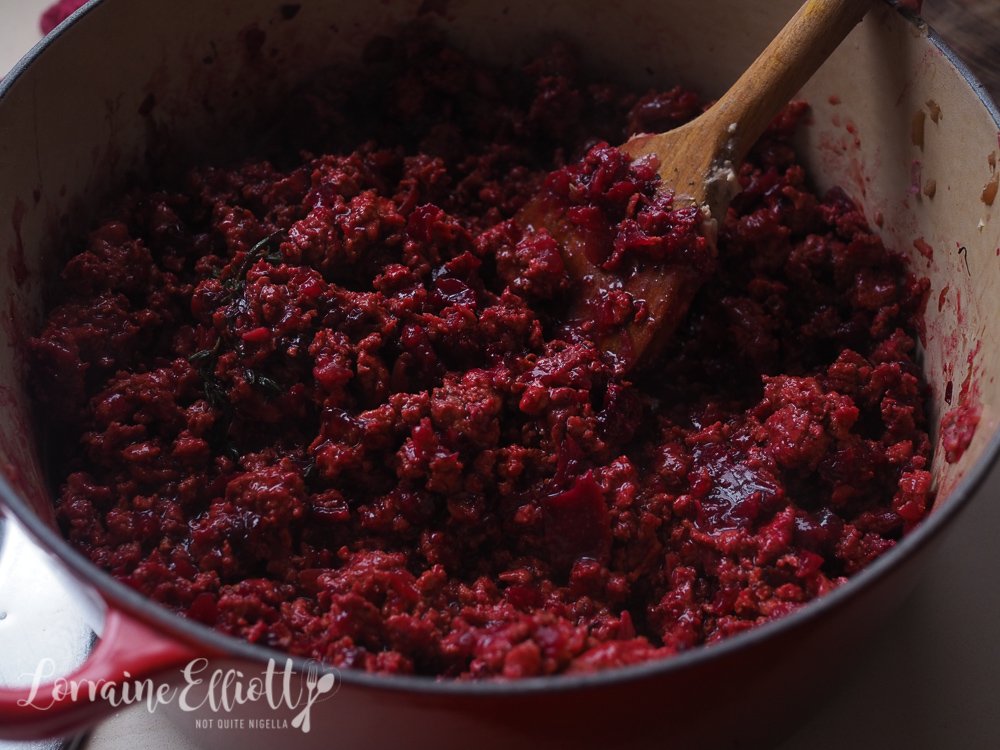 Step 3 - Take two sheets of pastry and cut out rounds to fit 2 pie tins reserving the scraps to make features with (place the scraps in the fridge). Line the pies with parchment and fill with dried beans or ceramic baking beads and bake for 15 minutes. Remove the foil and beads/beans and bake for 5-8 minutes or until the base is cooked through. 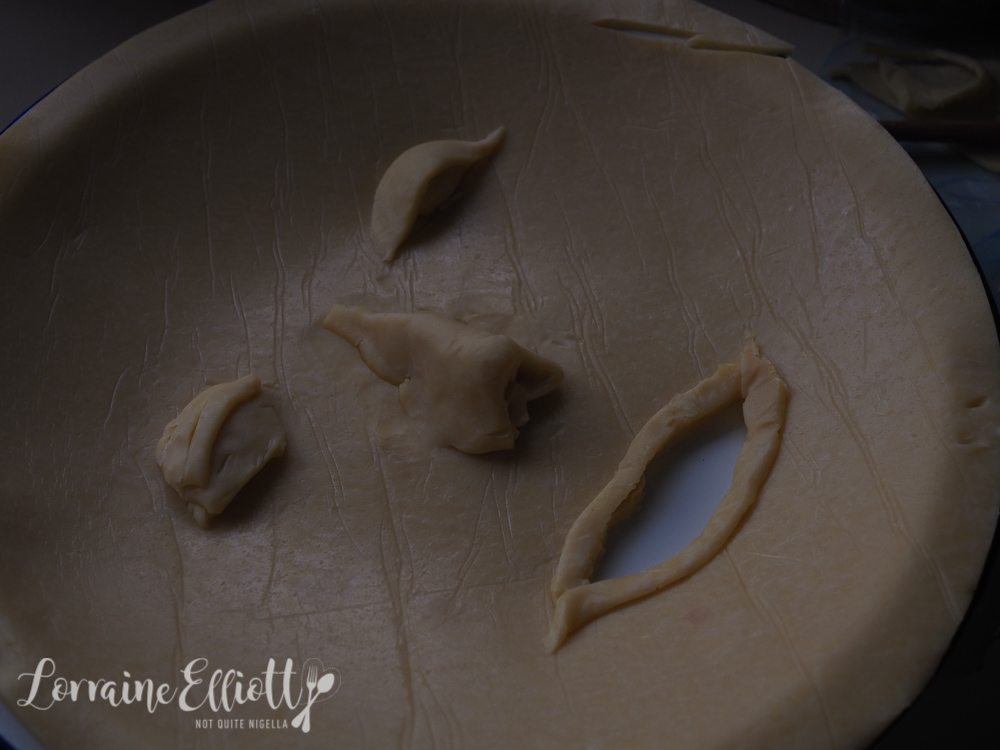 Step 4 - While the base is baking cut out two rounds to fit the pies for the faces. Using the extra pastry shape a nose. To make the eyes roll out small balls of pastry and then cut out a semi circle for the eyelid. Using a small brush, draw some blood around the eyes, nose and mouth using the reserved beetroot juice. Then brush with egg wash and refrigerate until needed. 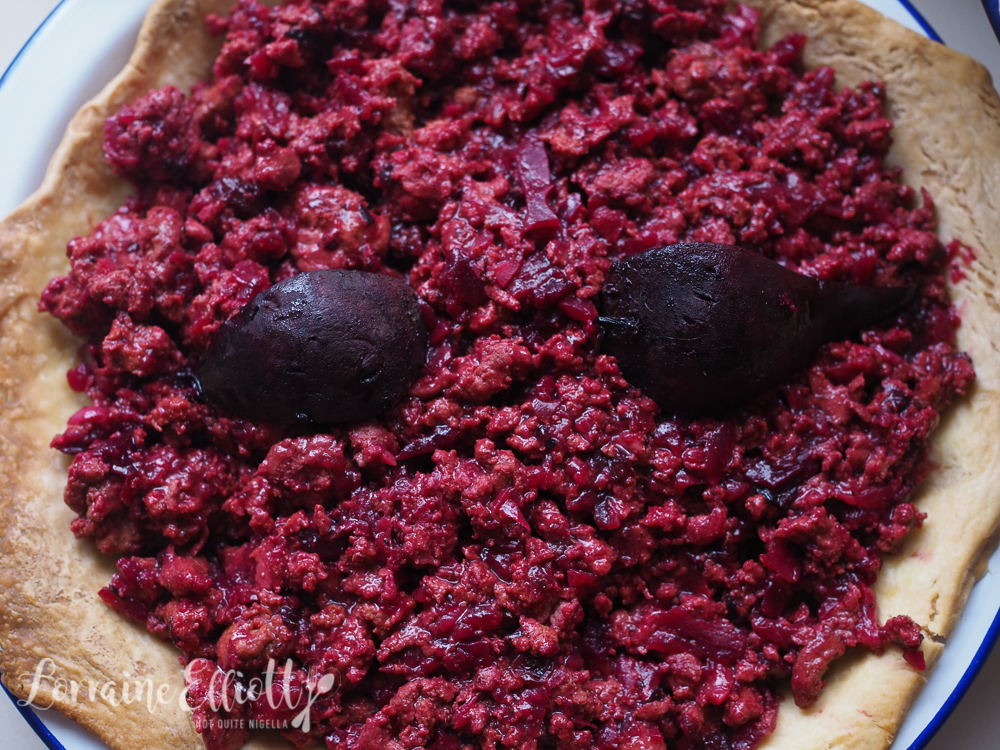 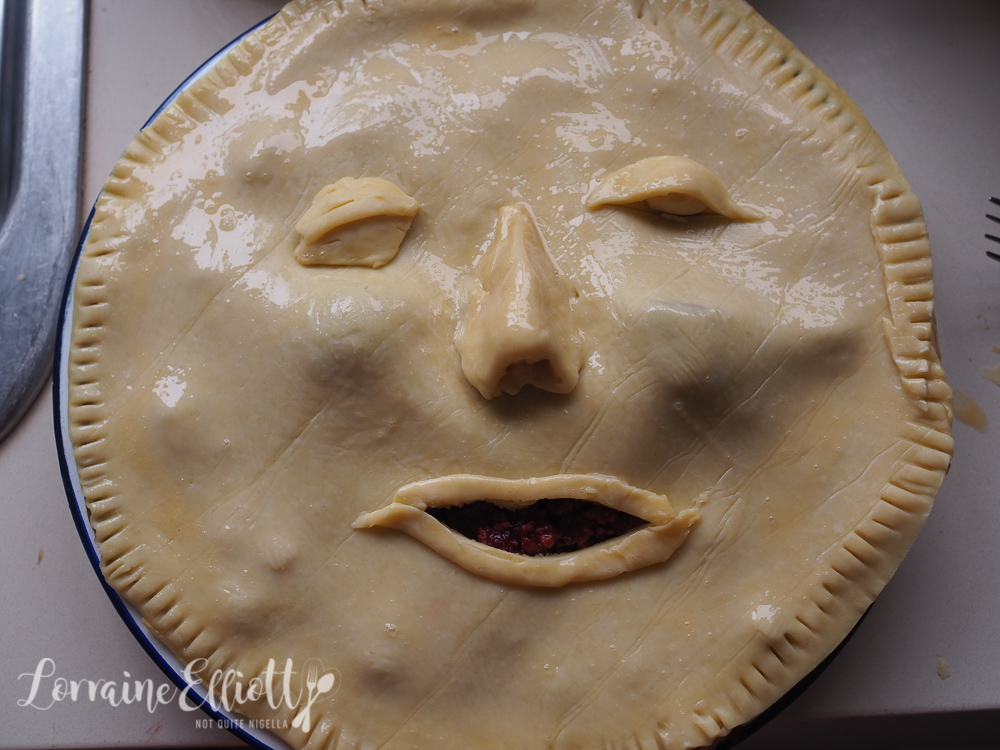 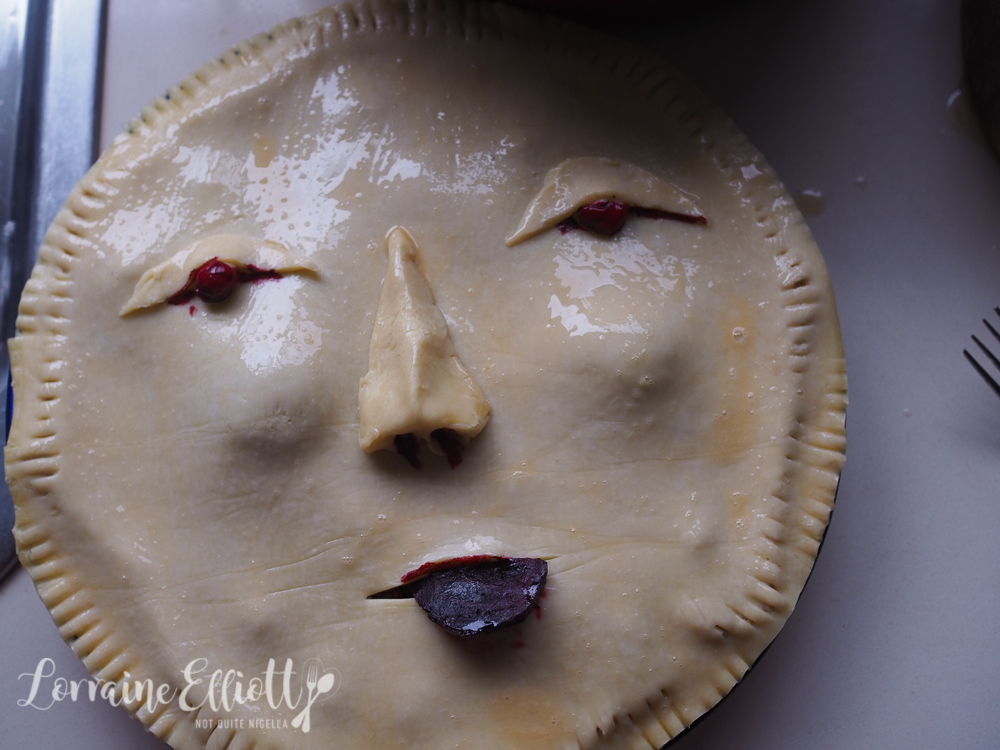 Step 5 - Remove the base from the oven and fill with the turkey mince mixture. Add two rounds of beetroot for the cheekbones (see above). Increase oven heat to 200C/400F. Cover with the face and use a fork to press down the edges. Bake for 30 minutes. Use a little white on white colour to make the eyes more realistic. 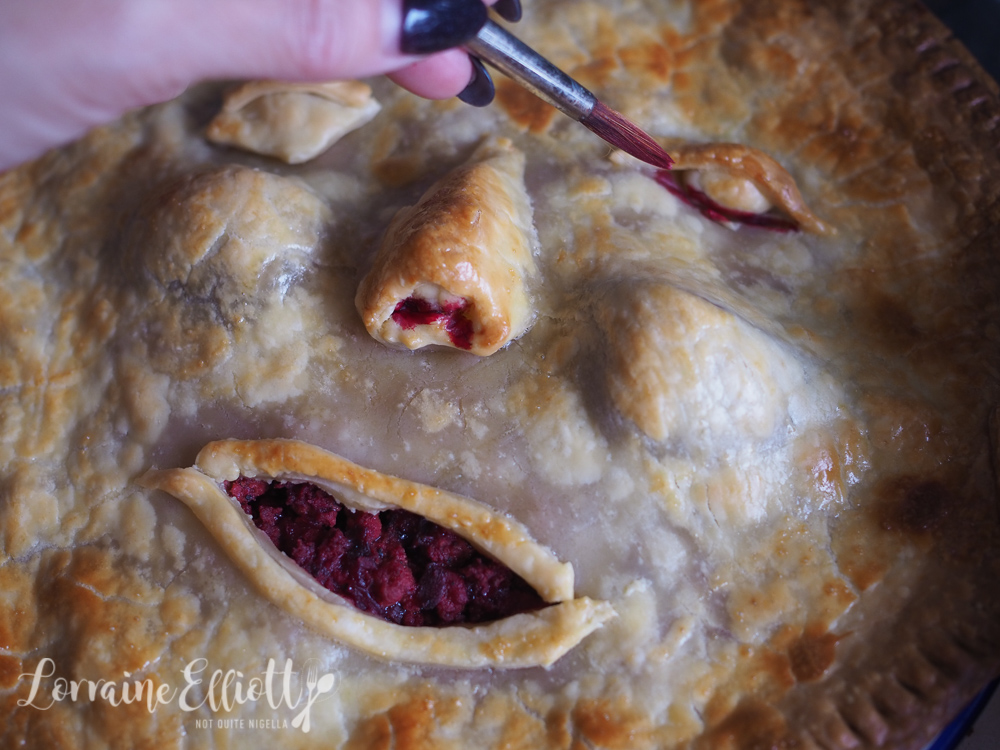 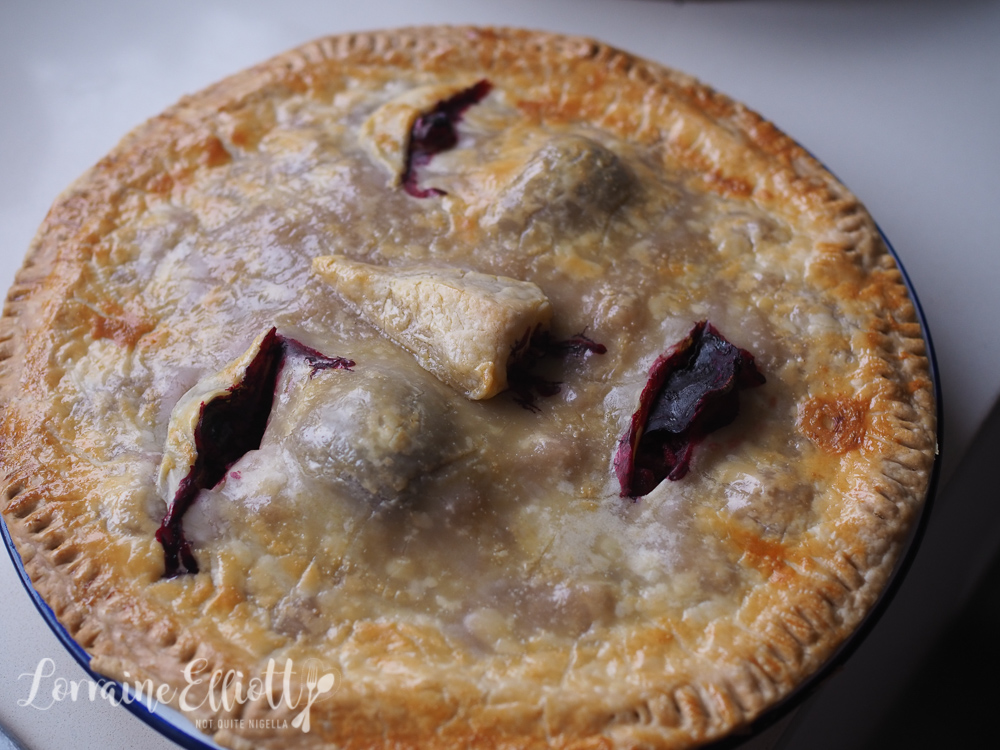 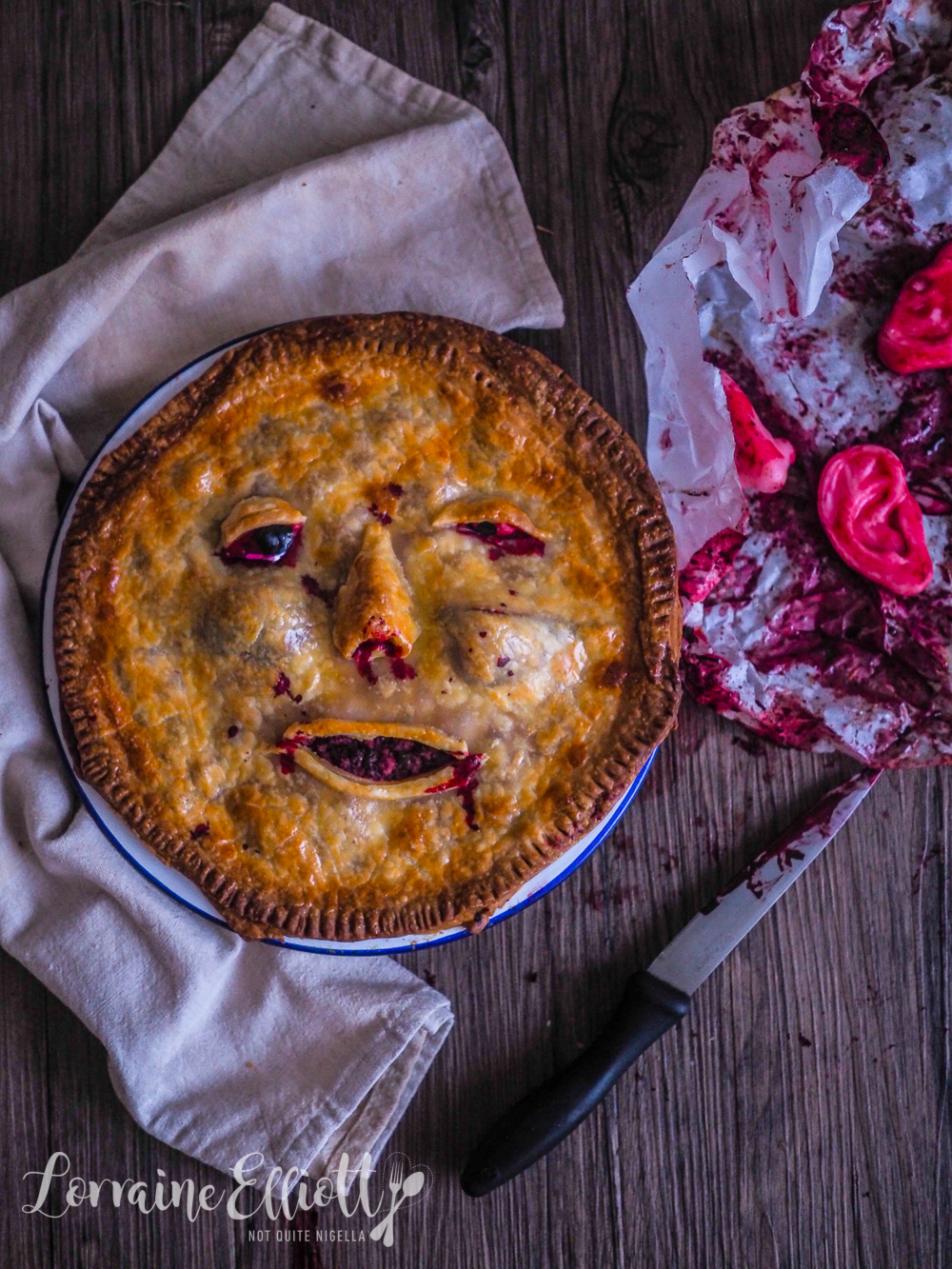