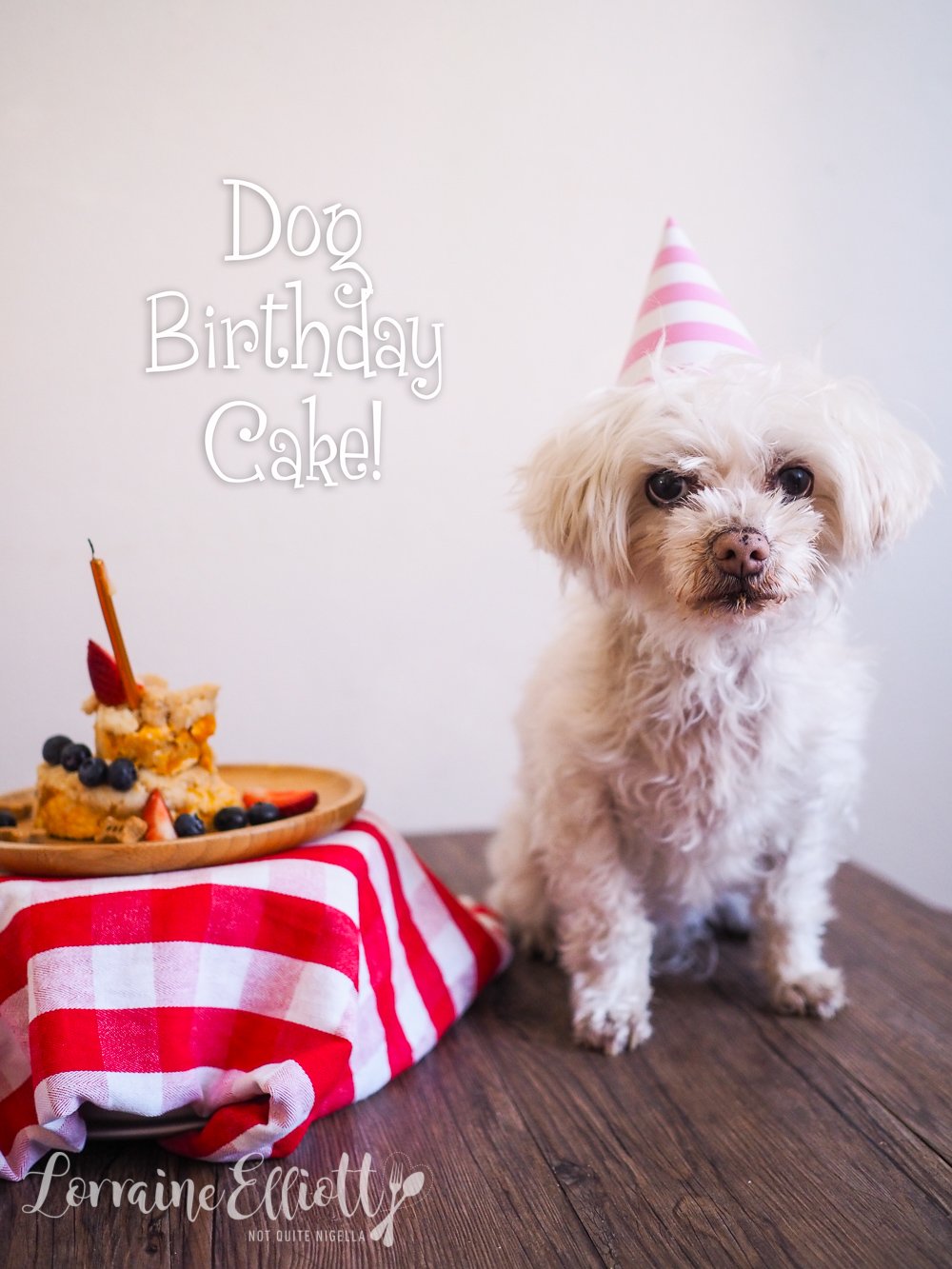 Although you can feed your dog a flour based cake, there are some dogs with sensitive stomachs (and yes some dogs, like humans are sensitive to gluten) so they can't tolerate flour. Mochi being half Maltese has a sensitive stomach-we don't quite know how she'll react to certain foods but we know that a simple but tasty cake like this would be fine for her because she eats all of these items by themselves without any reaction. 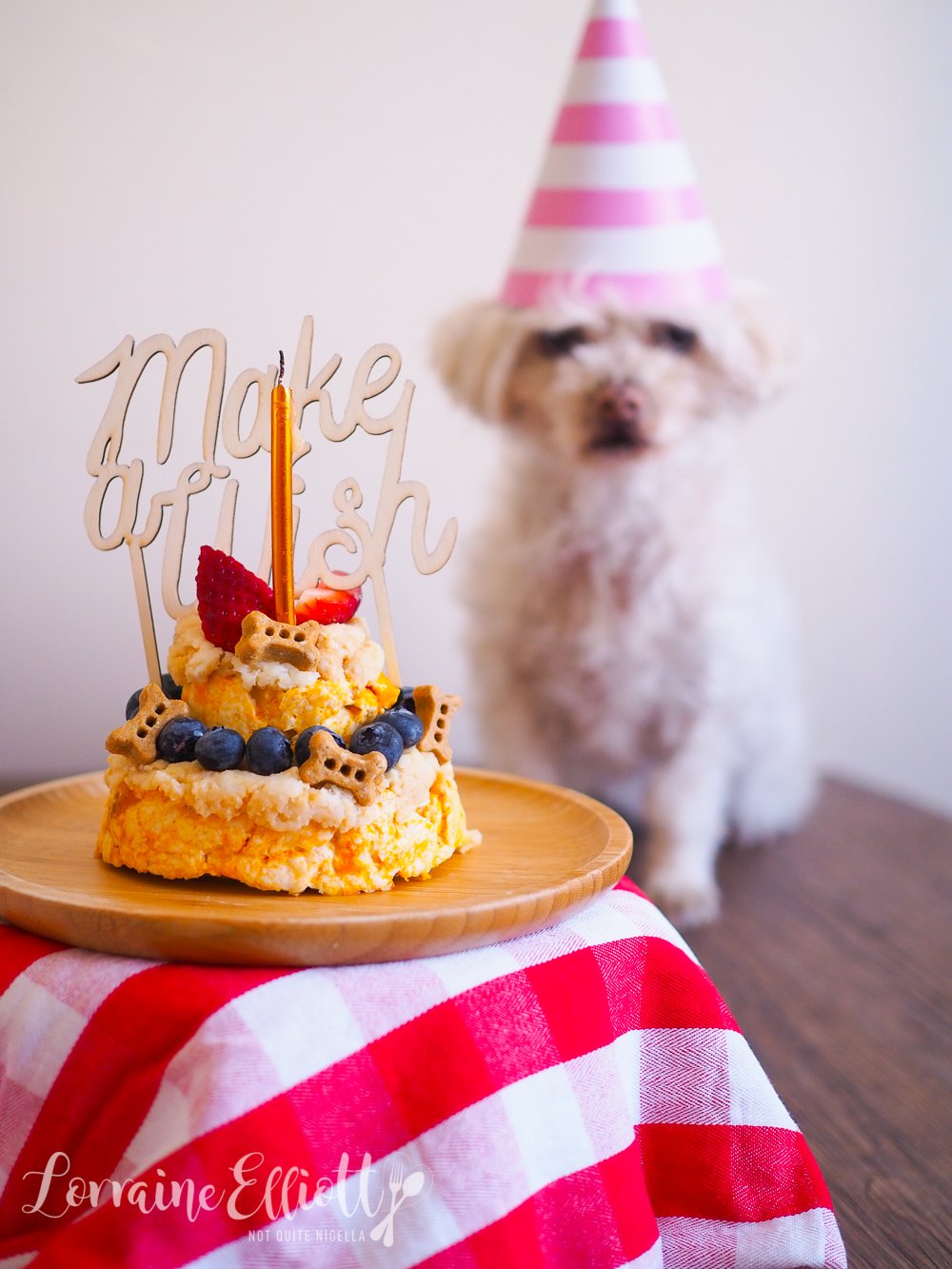 With that all said, if you like to give your dog raw chicken you can keep this cake unbaked. The only ingredient that definitely has to be cooked is the potato in the frosting as raw potato contains solanine which is toxic for dogs but cooking it makes it dog friendly.

I know that Mochi probably doesn't understand the concept of a birthday and I did worry that she might be disappointed after getting to eat cake for a few days and then returning to regular food. She did take the photos like a pro though. Mochi is a remarkably calm dog and just sat there in her party hat behaving like a pro. She didn't touch the cake until we told her she could. And then later we had a party for her giving her her favourite food ever-Peking duck. 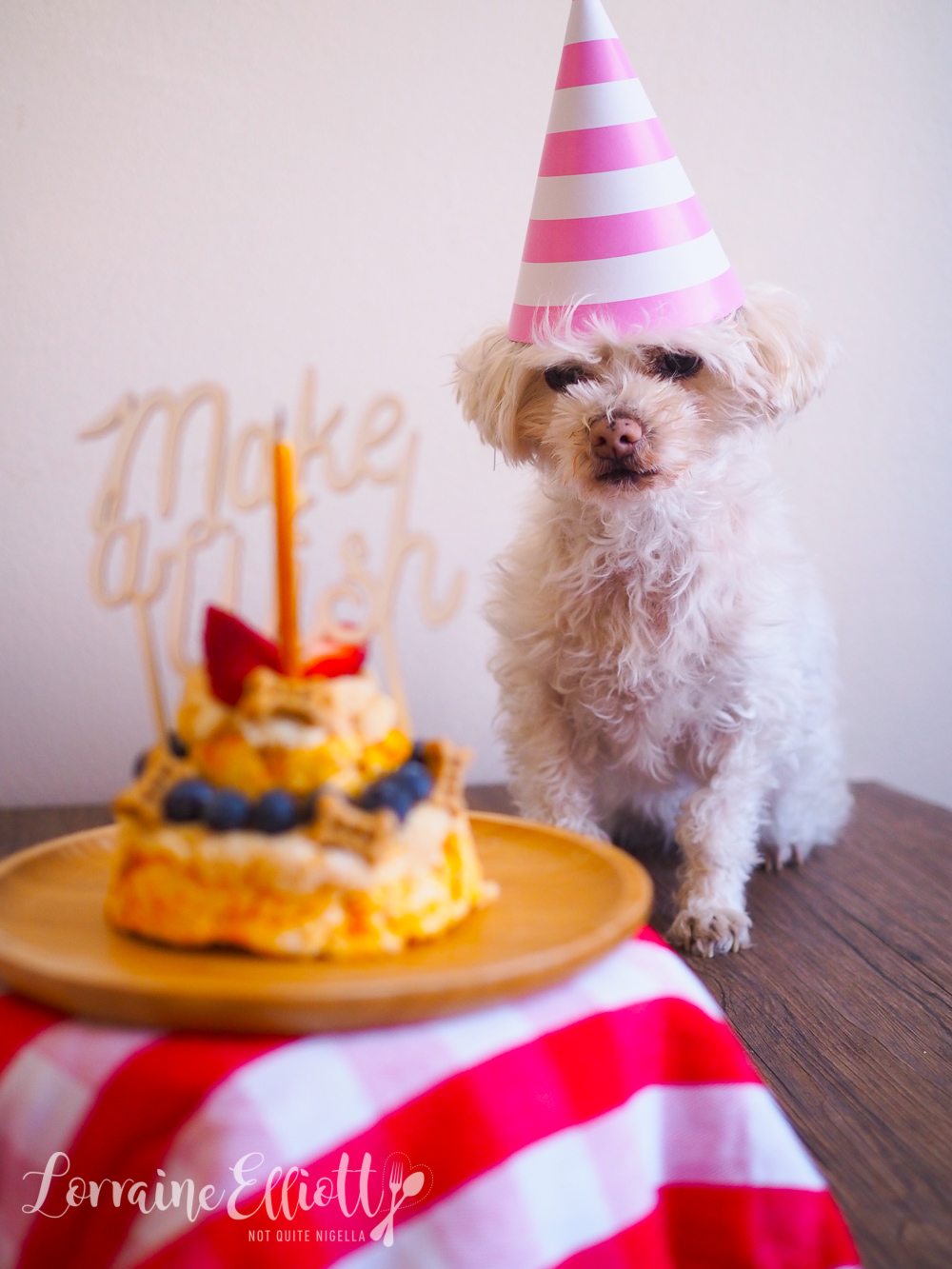 We sang happy birthday to her and her face was that of slight confusion. I can imagine that the sight of four people singing to you is slightly odd. It was as if she knew it was odd but the end game was her getting to eat duck so it didn't really matter. 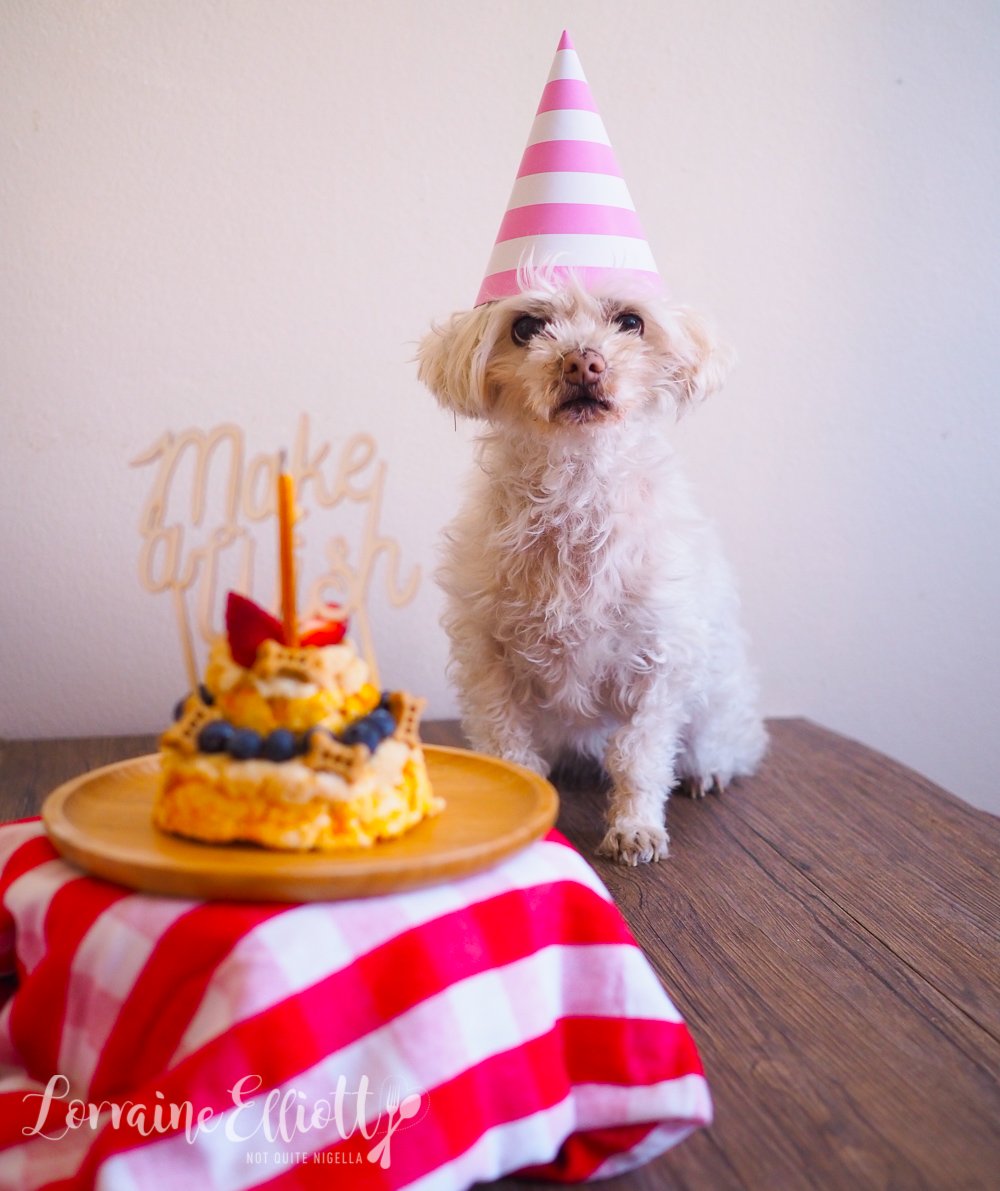 Although she is little, she is fiercely protective. The morning after her party we sat in bed, me doing work and Mochi snoozing away. The bathroom door creaked with the wind and she sprang up immediately and started barking warning me of potential intruders. When I didn't seem bothered, she still stayed alert and patrolled the bed half a dozen times walking around the perimeter and emitting an occasional low growl just to make sure. She may be small, but inside her lies a fierce guard dog!

So tell me Dear Reader, do you have a pet or did you used to have one? What are/were they like? Did you throw birthday parties for your pet? 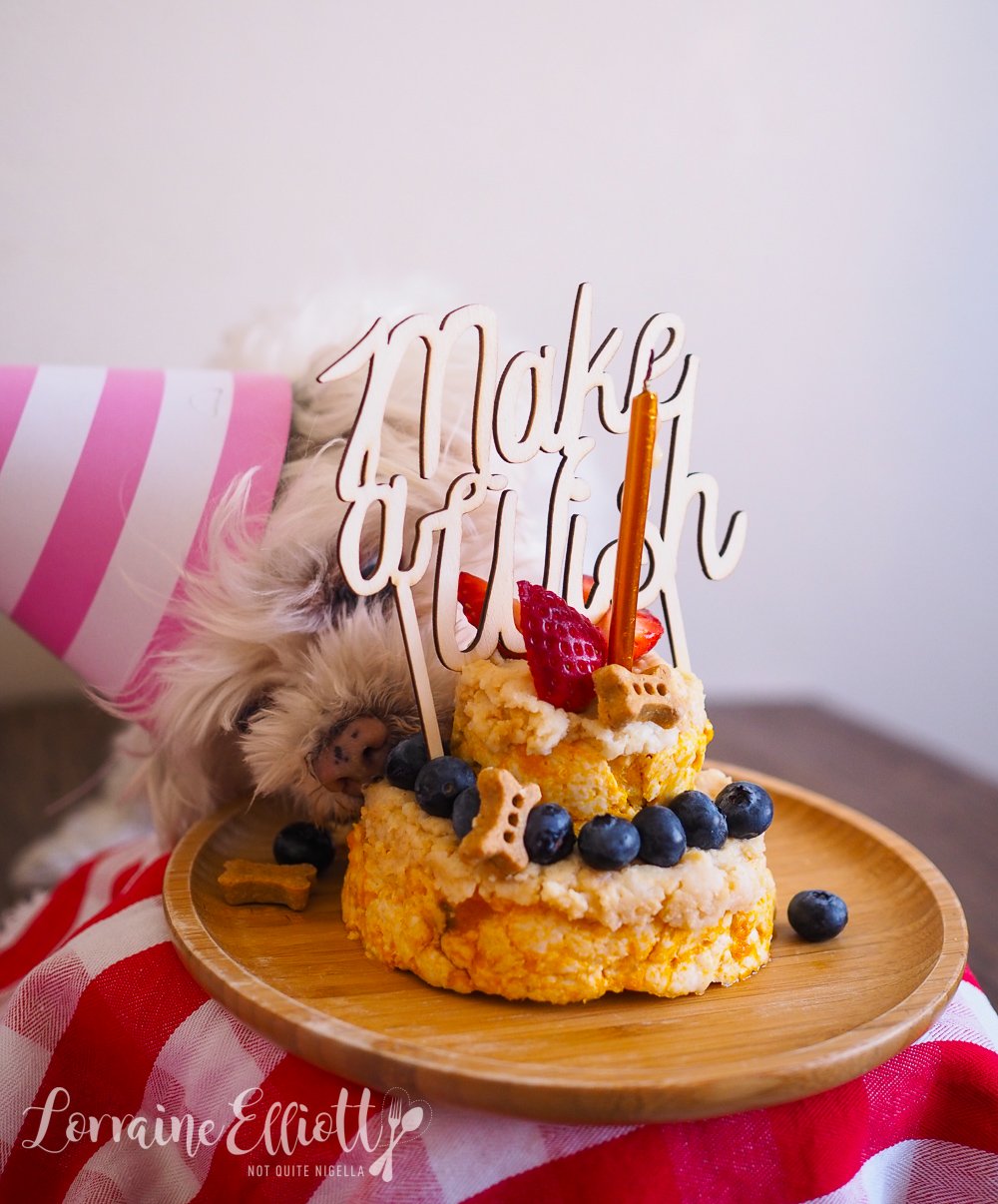 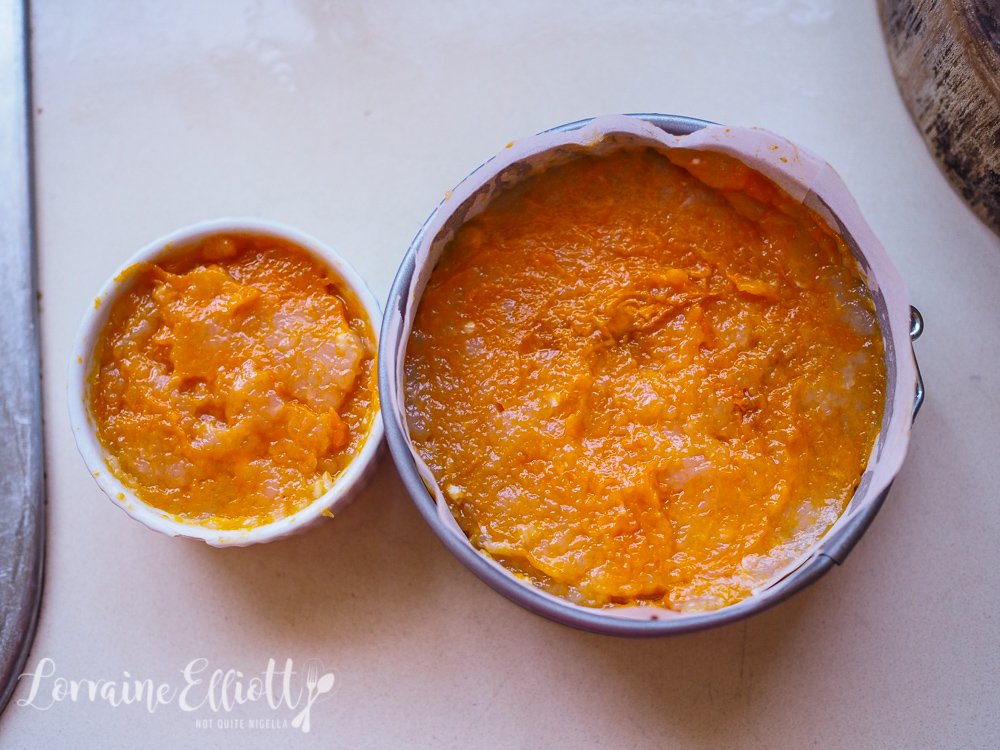 Step 1 - Preheat oven to 180C/350F and line the base and sides of a 10cm/4inch and 4cm/1.6inch tin with parchment (I used a ramekin for the 4cm tin and just sprayed it with a little bit of oil). Mix the chicken breast with the pumpkin and press down in the tins and bake for 20 minutes. 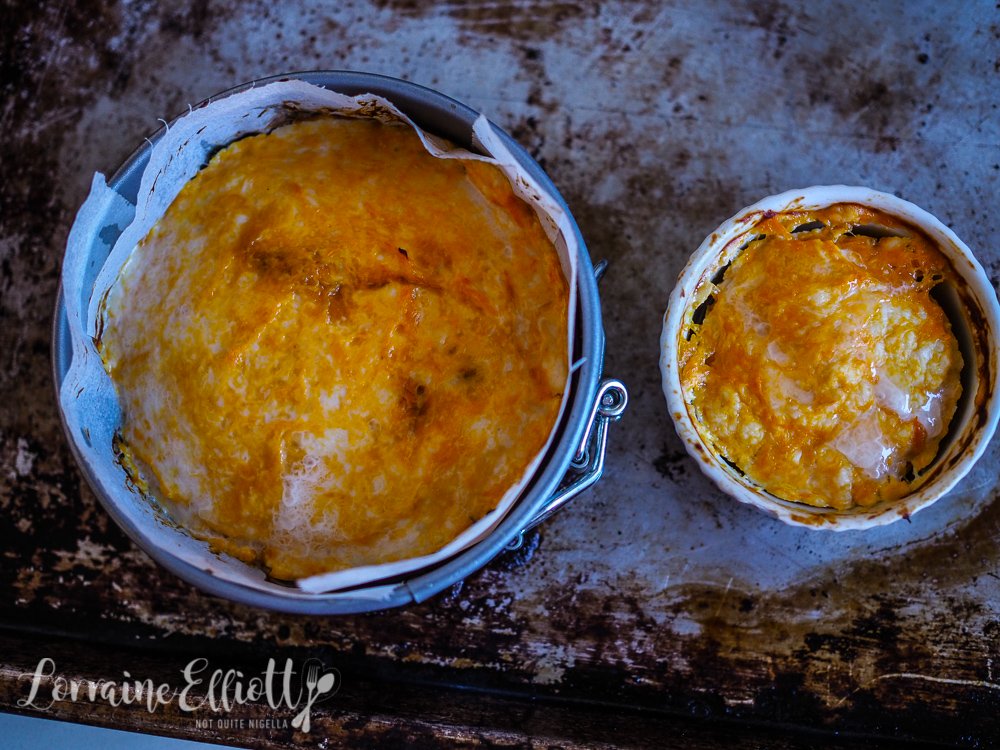 Step 2 - Meanwhile boil or steam the potatoes until tender and pass through a potato ricer or mash. Mix with the peanut butter. 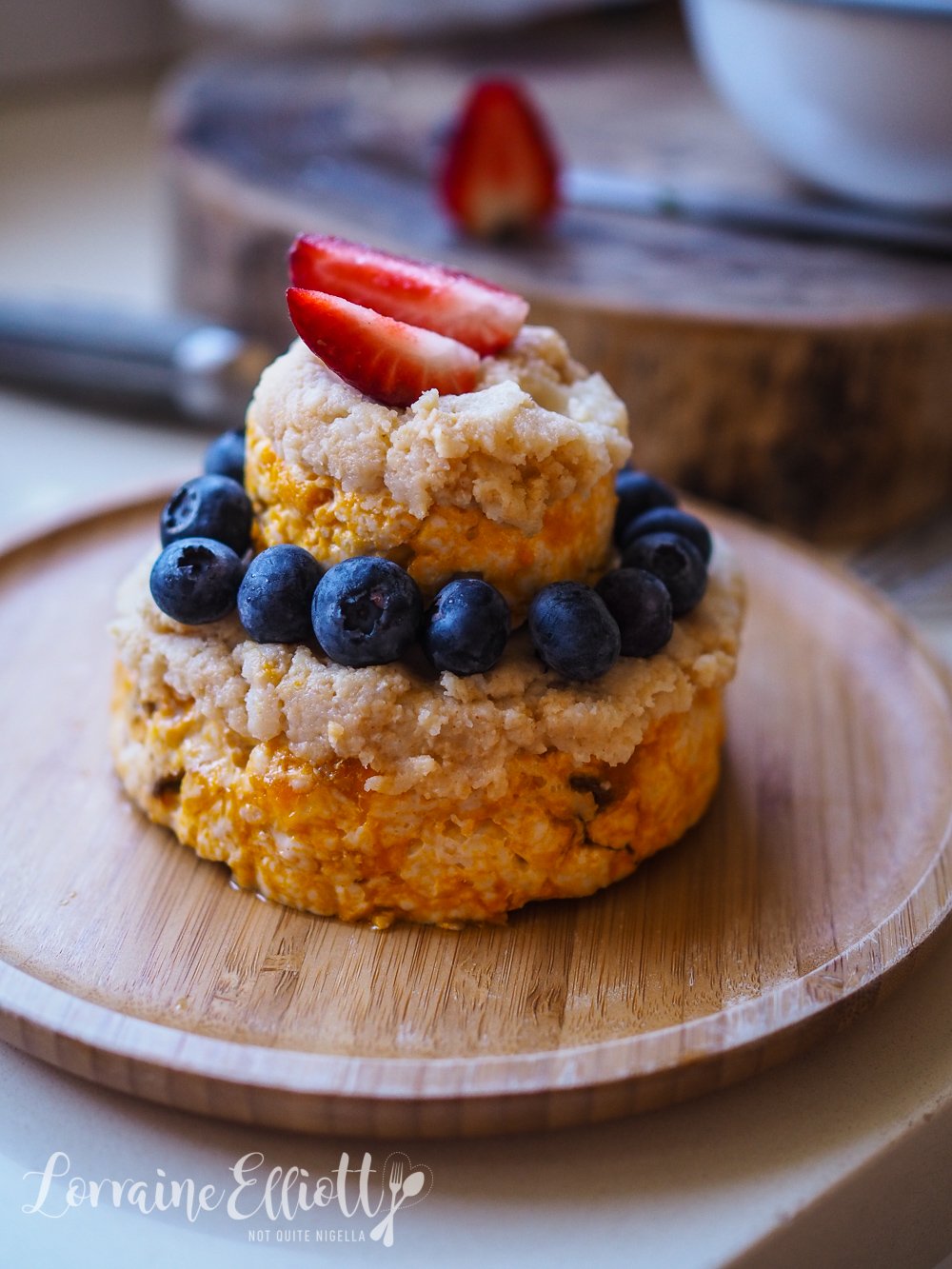 Step 3 - Remove the "cake" from the oven and allow to cool. Once cool, spread the bigger cake with the peanut butter icing and then place the smaller cake on top and ice this too. Decorate with the berries and dog treats. 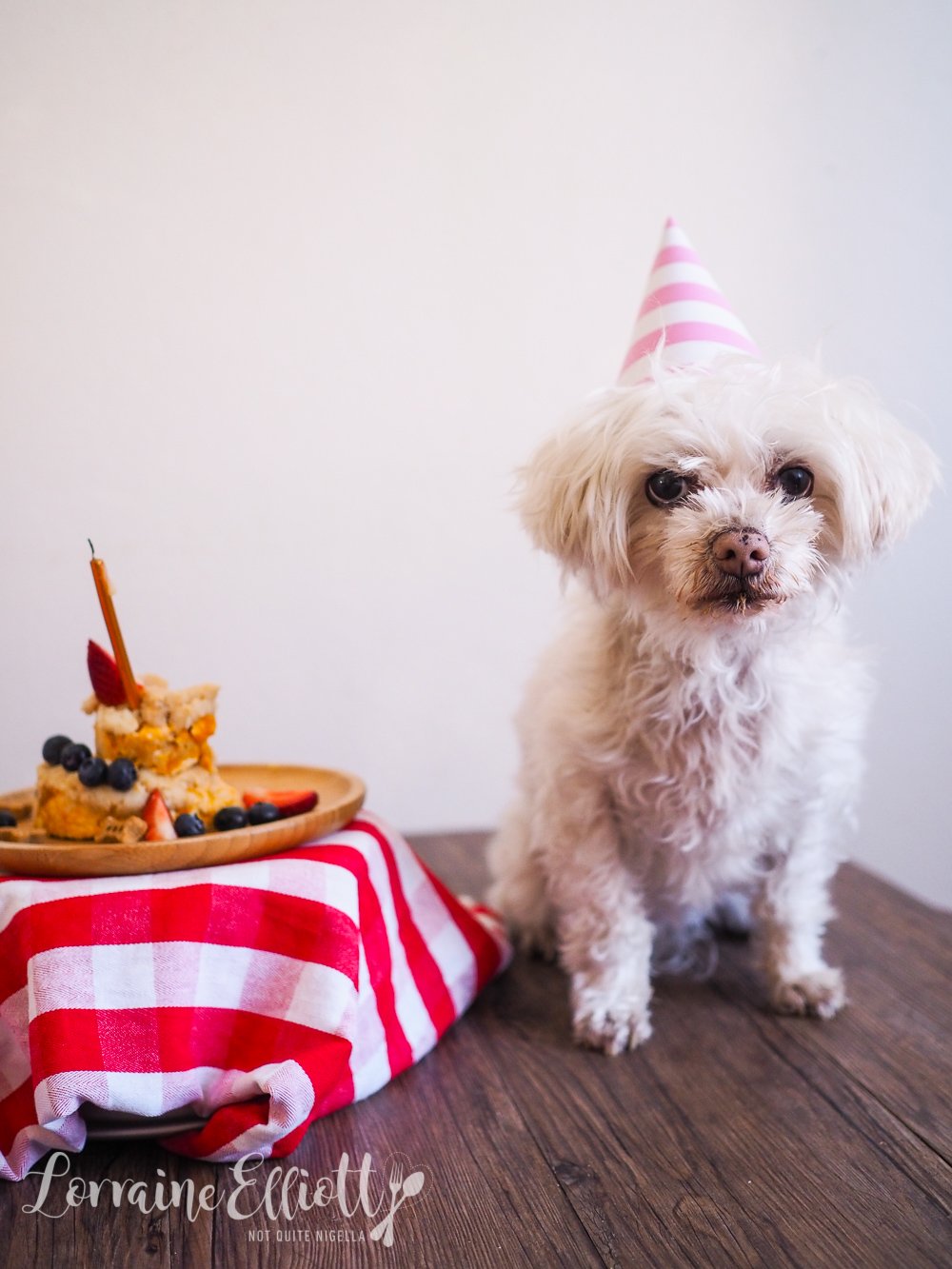