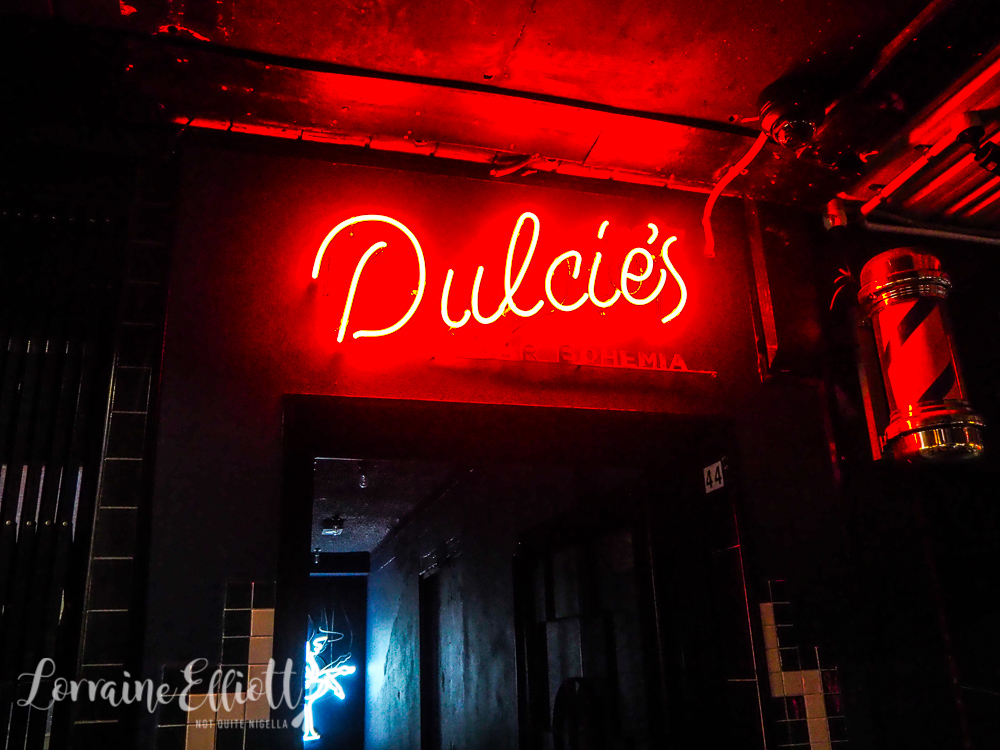 Dulcie's Bar Bohemia is just what Kings Cross needs a bit more of. A bar in a renovated former stripjoint, it pays homage to Kings Cross's colourful identities, alive and deceased with a fun cocktail list. 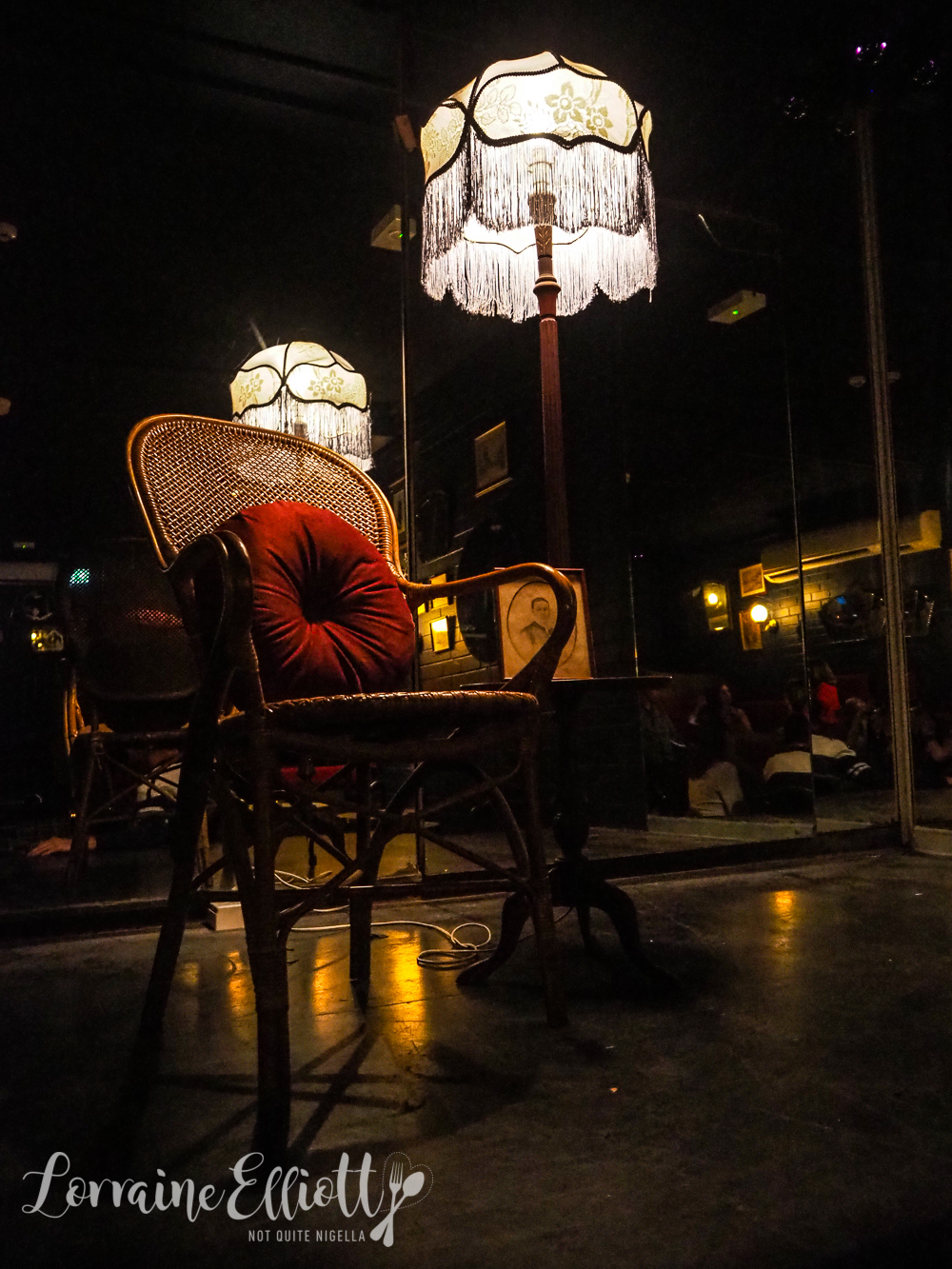 "Beau Alexander," says Queen Viv seriously. She's giving me her stripper name based on her first pet and street name. "He was a wicked black poodle with round yellow eyes that was absolutely devoted to me," she says. 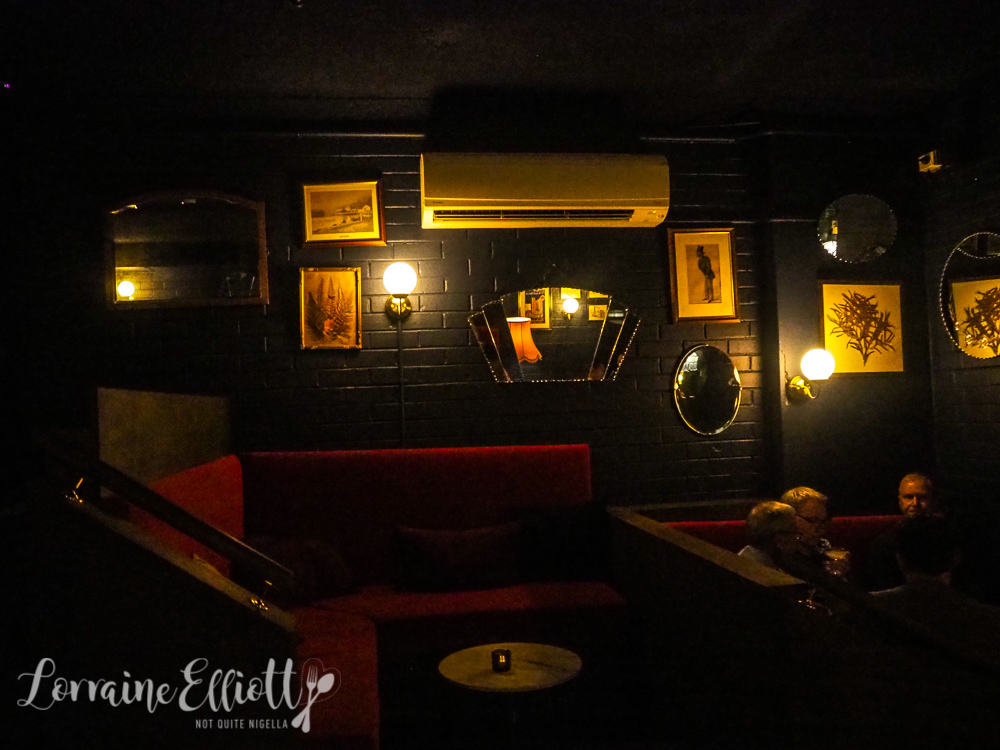 We're catching up a few days before Christmas at Dulcie's Bar Bohemia a quirky cocktail bar or "drinking parlour" on the main drag of Kings Cross. There are a few signs of the establishment called Stripperama. The stage on which the ladies performed is still there, with a chair and a photo propped up. The neon signs now light up the bathrooms. "I actually knew several strippers," says Queen Viv. "One had a PhD in psychology and was a fabulous cook." 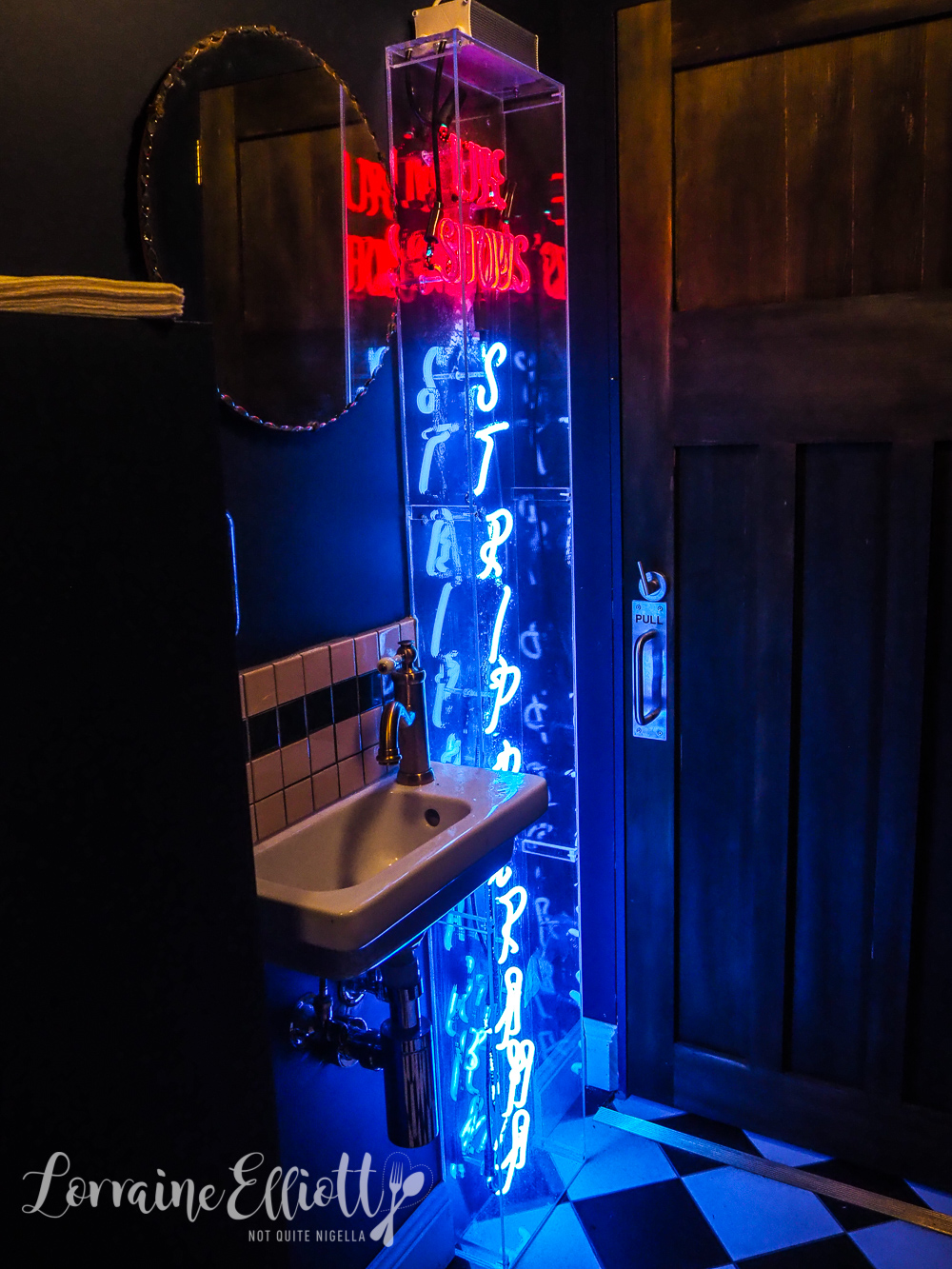 Dulcie's is named after Mary Elizabeth Kathleen Dulcie Deamer a revolutionary feminist, novelist, founder of the Fellowship of Australian Writers and first female boxing reporter. She was famous for her leopard-skin costume with dog-tooth necklace for the 1923 Artists’ Ball. "This is very CBGB (a famous New York music club)," says Queen Viv nodding approvingly. 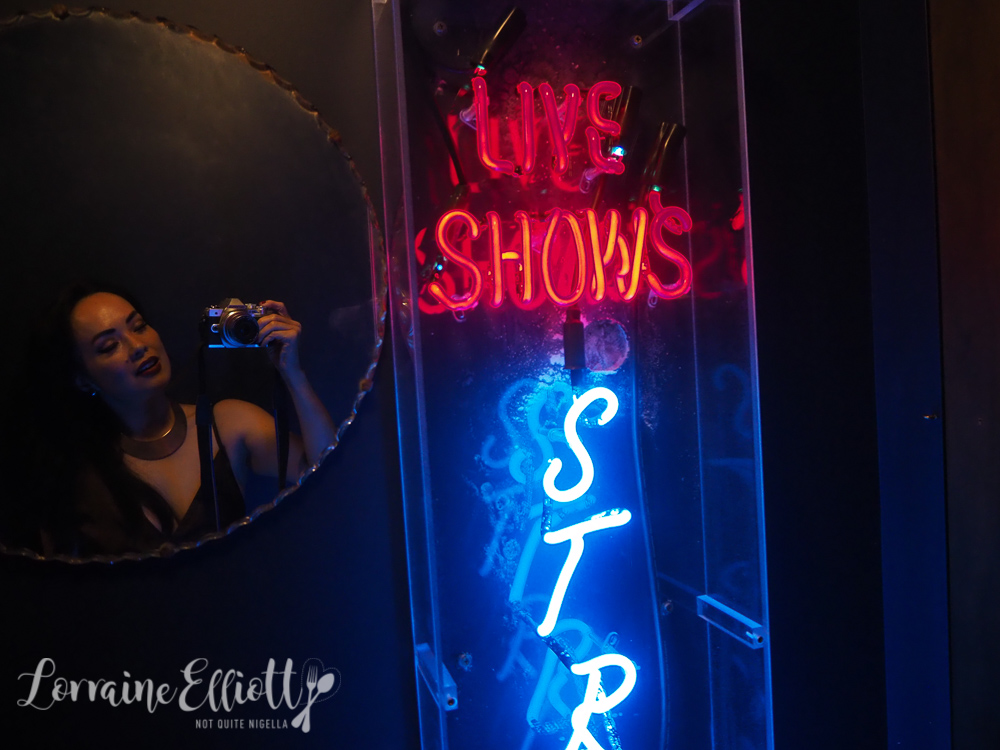 Owner Brandy Martignago has made sure to highlight many of Kings Cross's identities naming cocktails after them. He tells us stories of what it was like renovating the place - they were told not to touch the walls because they were so dirty. And they also found a stash of needles and bottles as the back area was used as a shooting area. 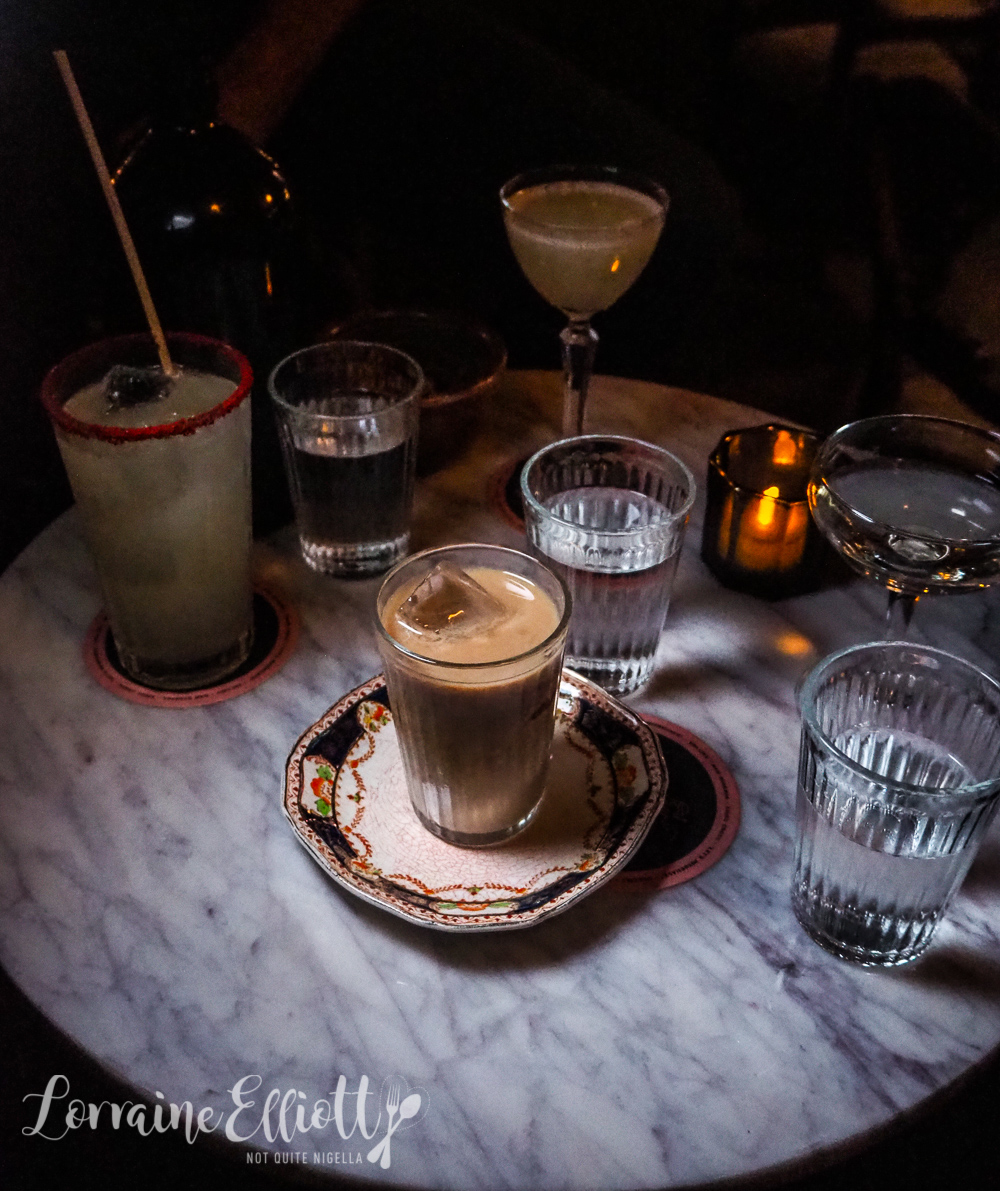 It's time to make a toast to the very intriguing year that was 2018 and so I need a cocktail. My choice is a sweet, almost desserty number served with a shot of Mr Black coffee liquor at the table. It's named after Ivan Repin who helped convert Sydney from tea loving folk to coffee lovers. There's smoked vodka Mr Black coffee liquor with honey and Teatotaller chai tea milk. 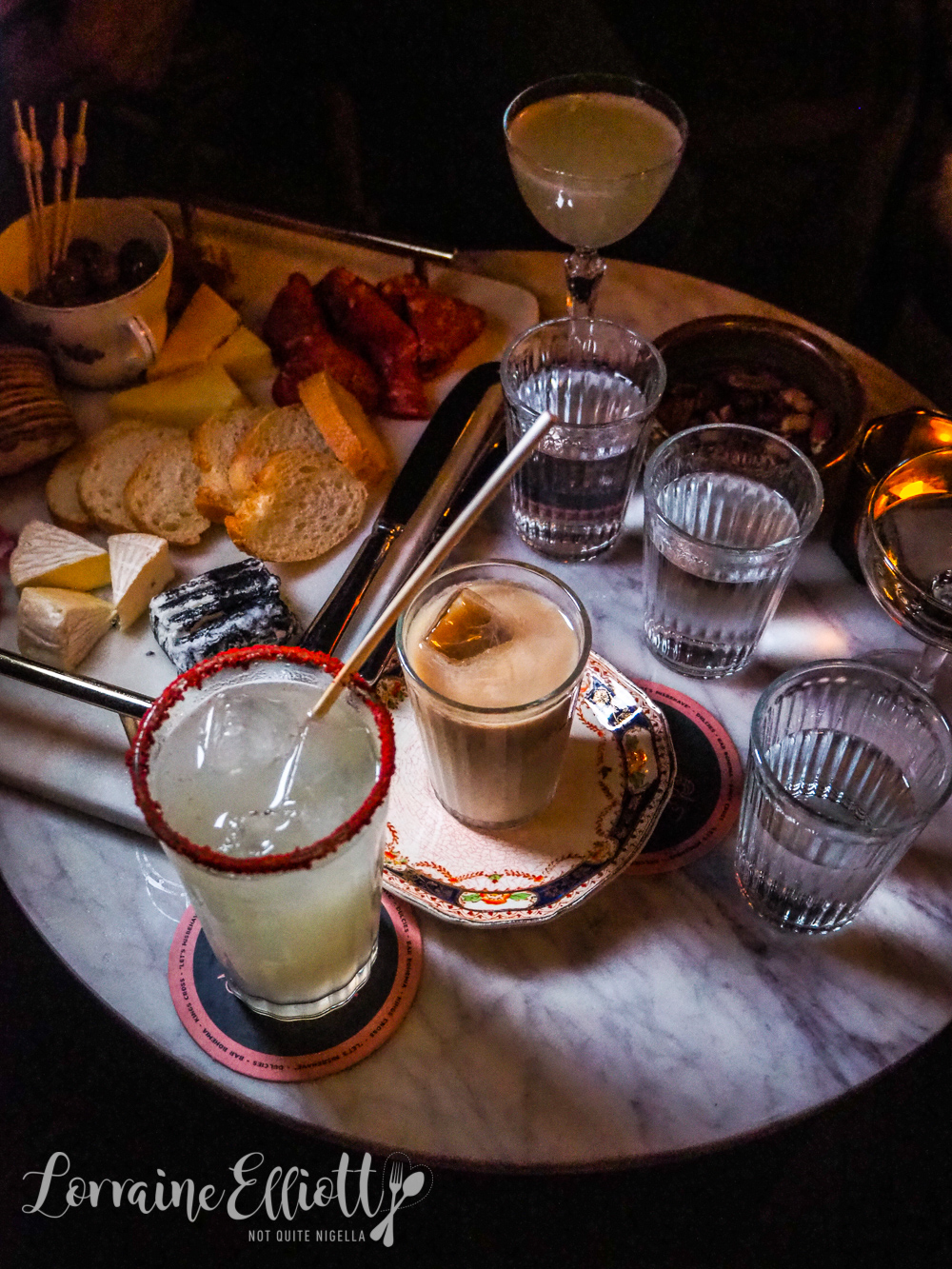 Named after the Trocodero art deco dance club whose motto was "Dance Through the Night," The Troc is made with capsicum and rosemary steeped tromba blanco, lime ps40 bush tonic, grapefruit and an aloe vera reduction. Mr NQN's cocktail is a Southside with Sabre Gin shaken with fresh lime juice, mint and gomme or sugar syrup. It's fresh and good for the warm night. Queen Viv is drinking sparkling wine. 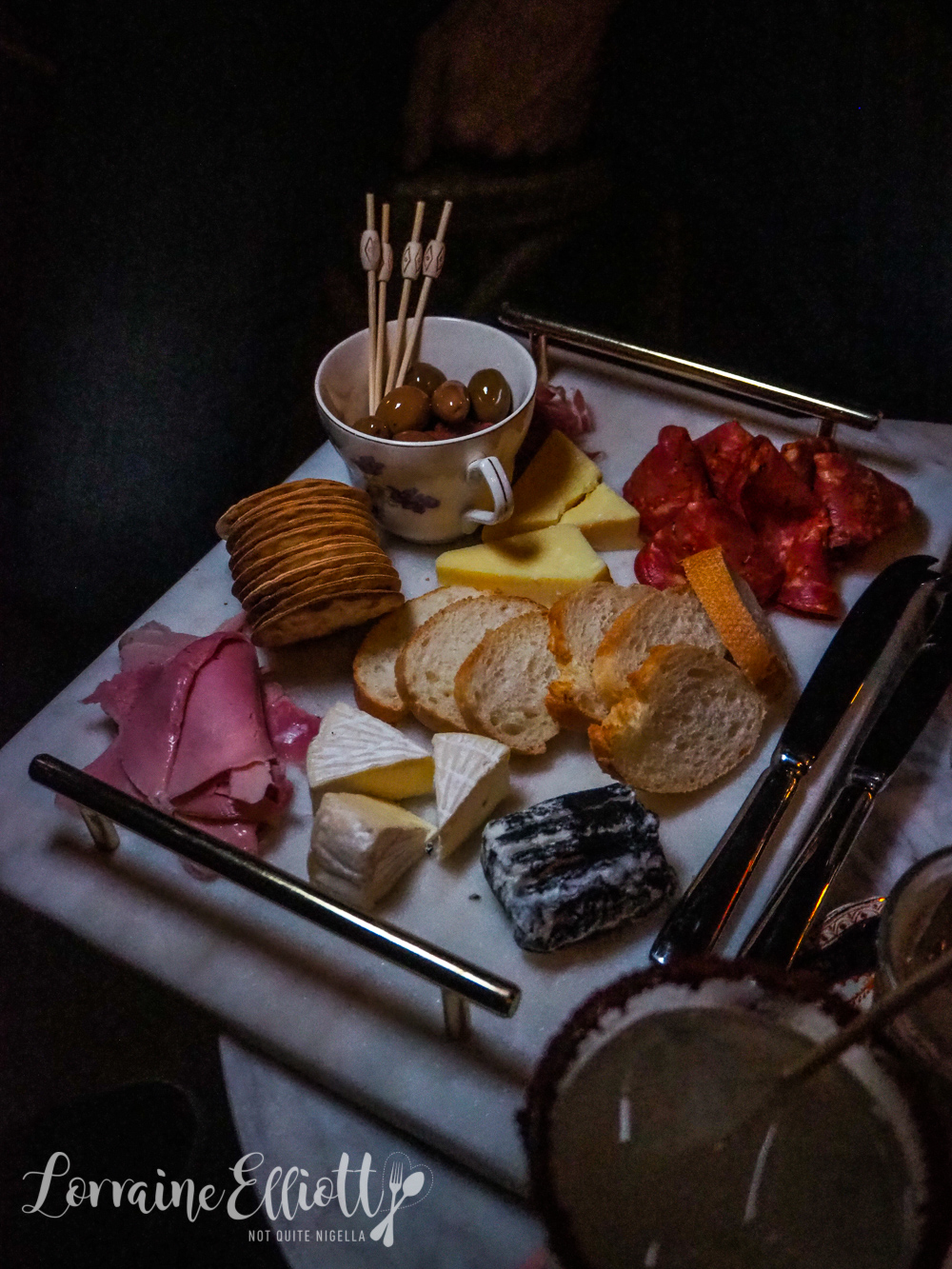 While the cocktail menu is big, the food menu is small with just five items including a cured meat board, cheese board, olives, bread and nuts. A toastie is to come too in the near future. We order the charcuterie and cheese platter (they say it's $35 although it's $40 on the bill). It's actually quite plentiful and good value with a brie, cheddar and a ash goat's cheese which I particularly like. With the meats there is a chorizo, prosciutto and ham as well as olives, crackers, bread slices. There is also a bowl of roasted peanuts to nibble on. 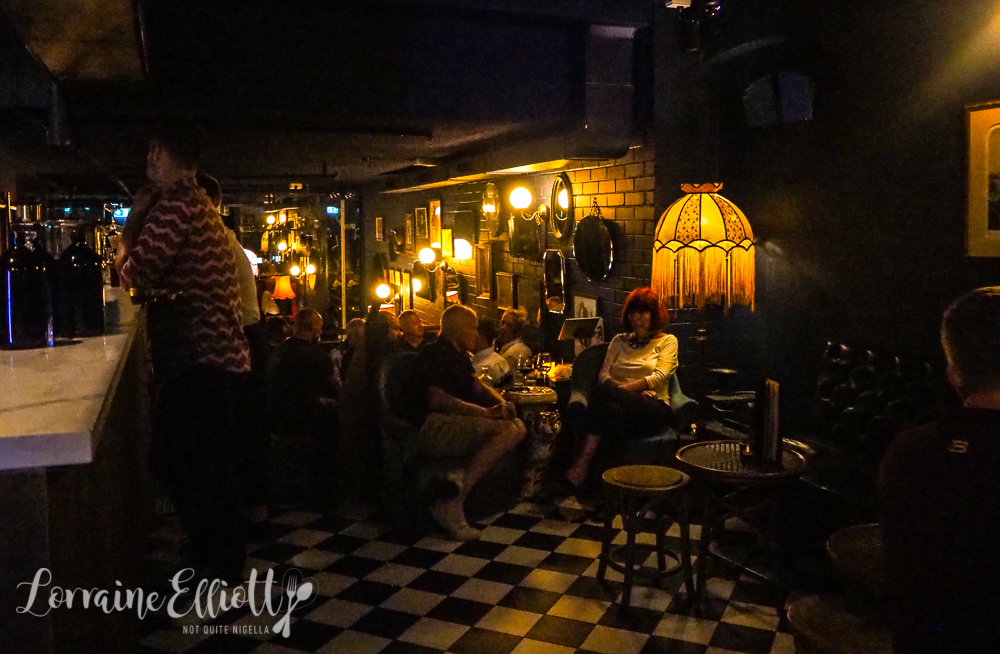 I ask Miss America his stripper name to which he answers "Terry Tripoli" (I have a fascination with people with same letter first and last names). Terry Tripoli was a vicious dog who used to attack deliverymen. Mr NQN'S is Crystal Moore which is pretty much a perfect stripper name and I'm embarrassed to say mine is Pussy Alma or Kitty Alma. 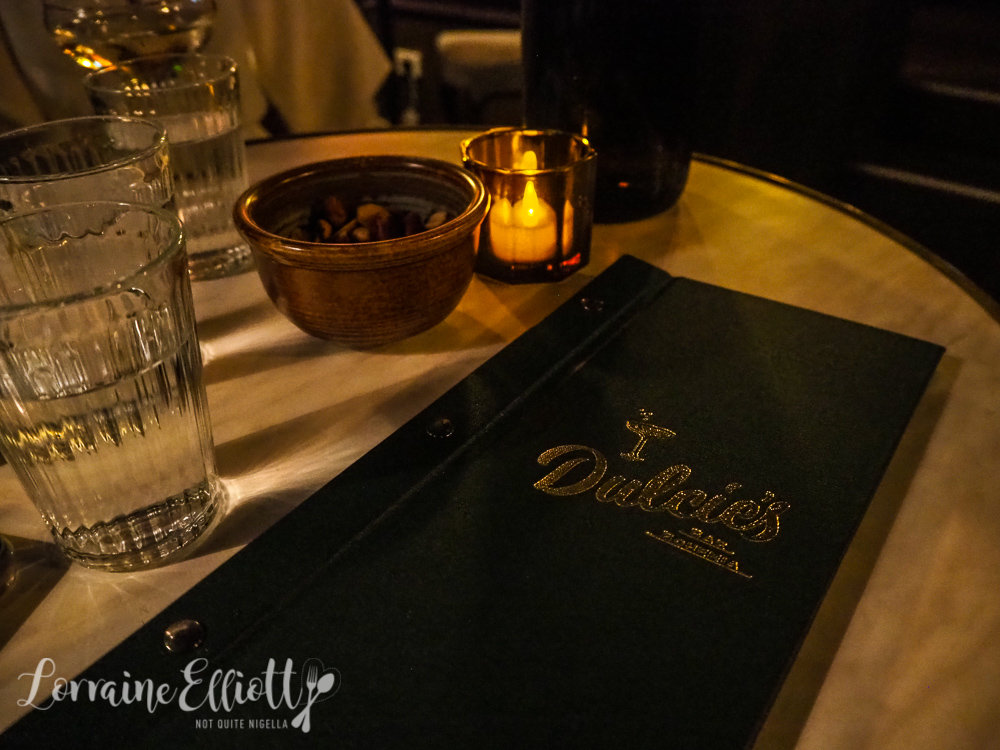 As we leave, a gentleman stands outside slightly confused. "Is this a bar or a stripjoint?" We tell him it's a bar and he looks relieved and walks straight in.

So tell me Dear Reader, what is your stripper name? Would you go to a bar in a former stripjoint?

These drinks and food were independently paid for. 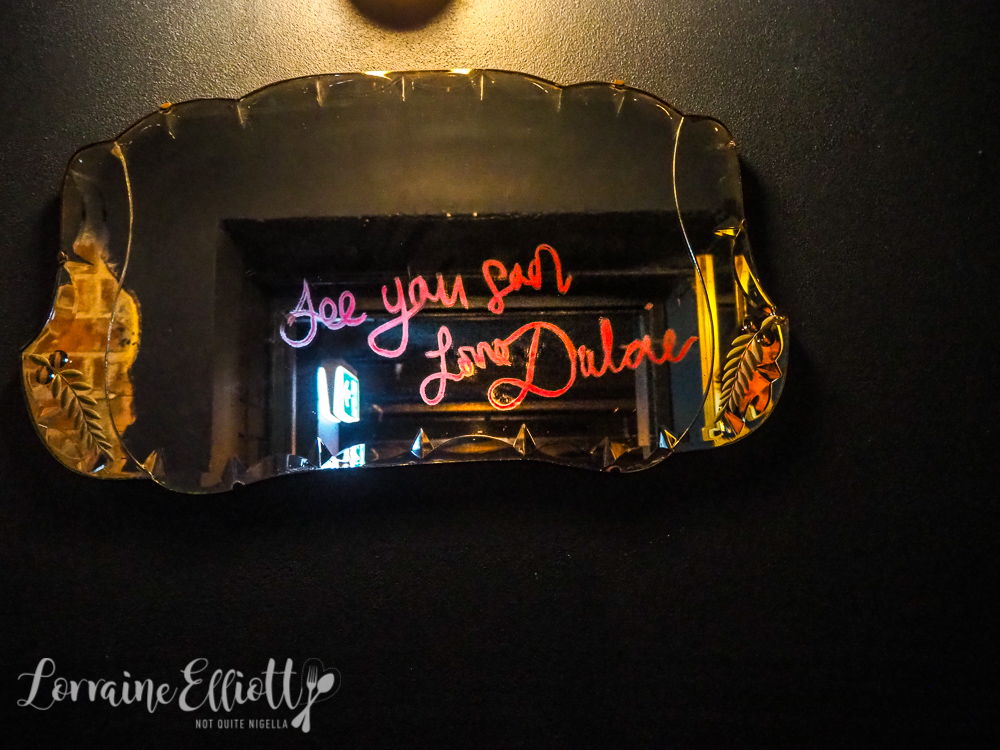 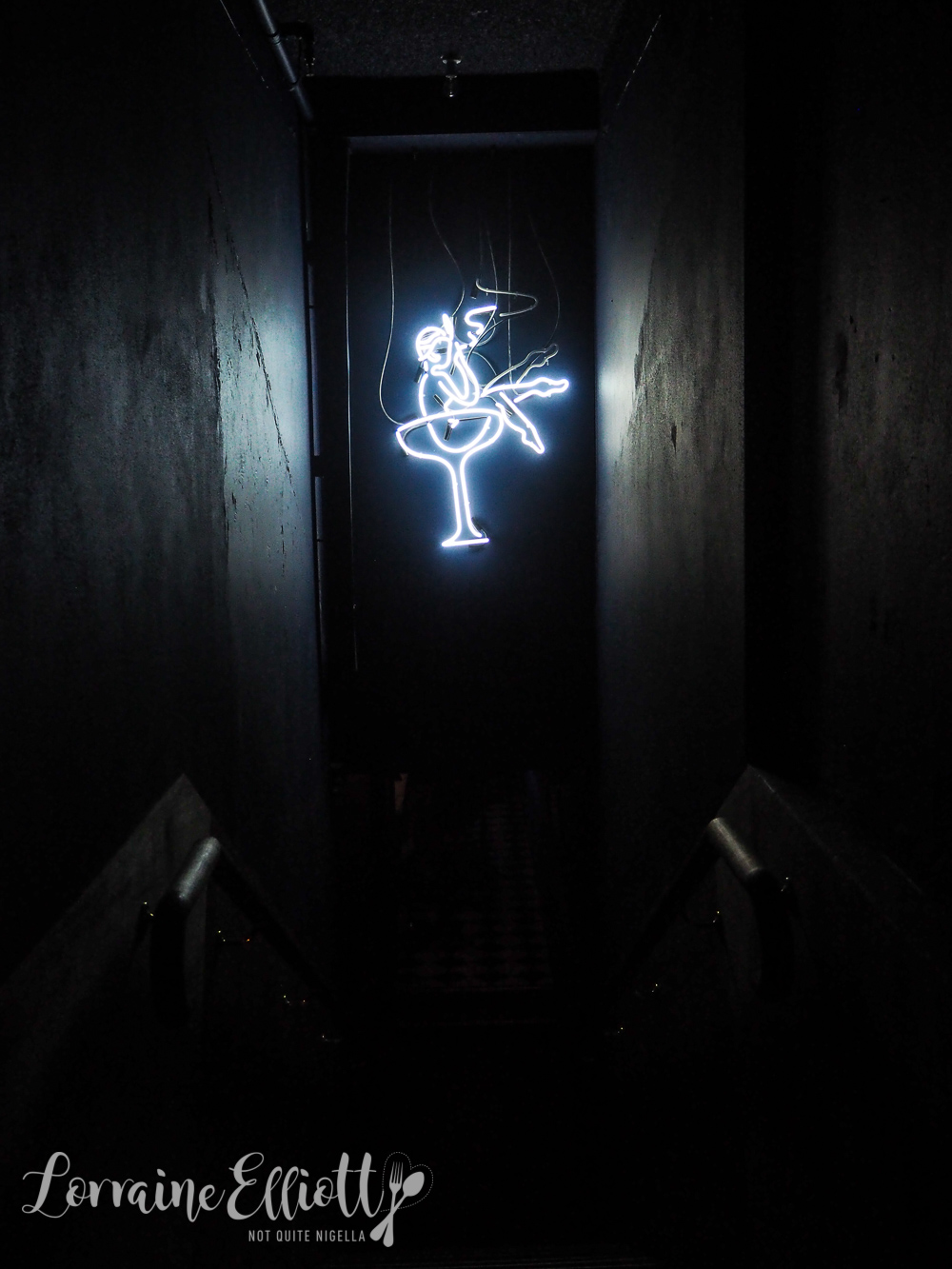