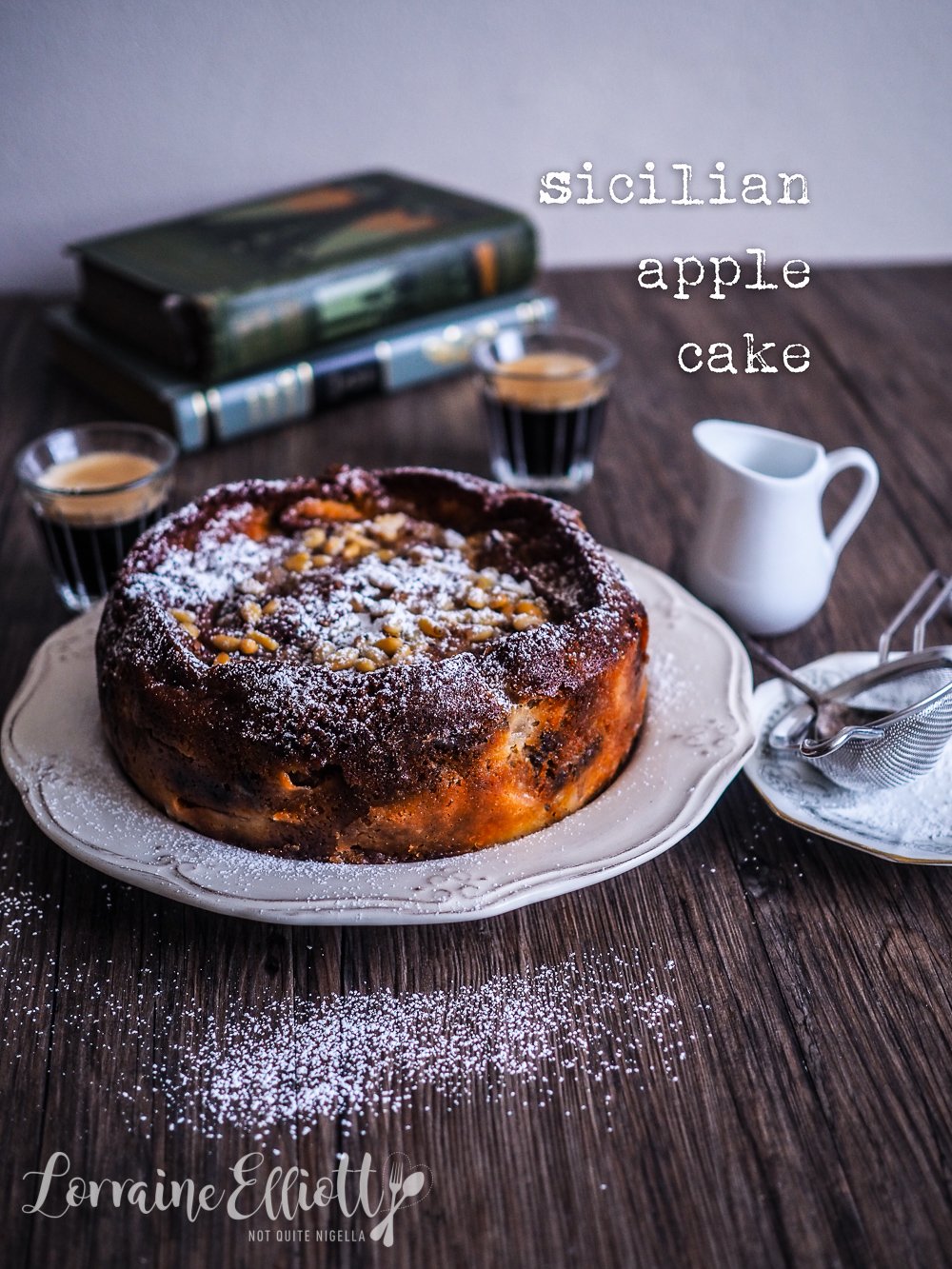 This Sicilian apple cake recipe is a delight. Chock full of apples (a kilo or 2.2lbs. worth), it is a little bit strudel, a little bit cake but a lot of yum. There's the goodness of rum soaked raisins, toasted walnuts, pine nuts and a final blanket of icing sugar and rum! I called her Serafina. 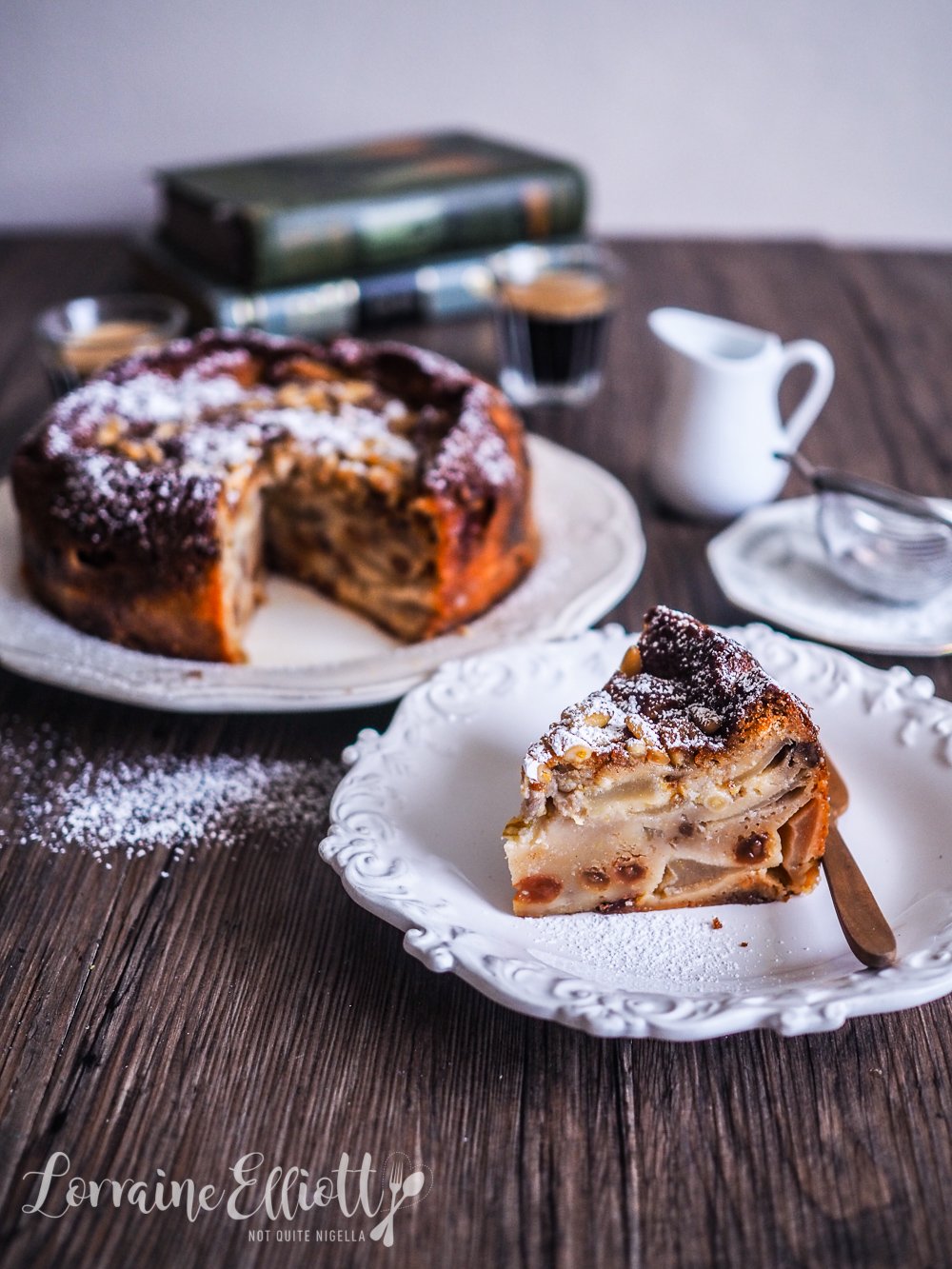 This is an impressive cake for both looks when you cut it and heft. With a layer of vanilla batter, apple slices, rum soaked raisins, toasted walnuts the symphony is repeated another two times before the cake is bestowed its final sprinkling of crunchy cinnamon raw sugar and pine nuts. After the cake is baked for 1.5 hours the rum soaking liquid is then poured onto the cake where it is absorbed. The rum soaked raisins, raw cinnamon sugar and dousing of the rum were my additions. You know me Dear Reader, I cannot leave well enough alone. After all this was a cake that would also be a thank you gift for a friend.

It was for my dear friend Celia who is a handy seamstress. Mr NQN has two pairs of expensive denim jeans that are slightly worn and she offered to patch them up for him. I knew I was going to be near her house for a doctor's appointment so I said that I would drop off the jeans. Celia is always so generous and I didn't want to come empty handed. So I decided to bake her this cake as a thank you gift. 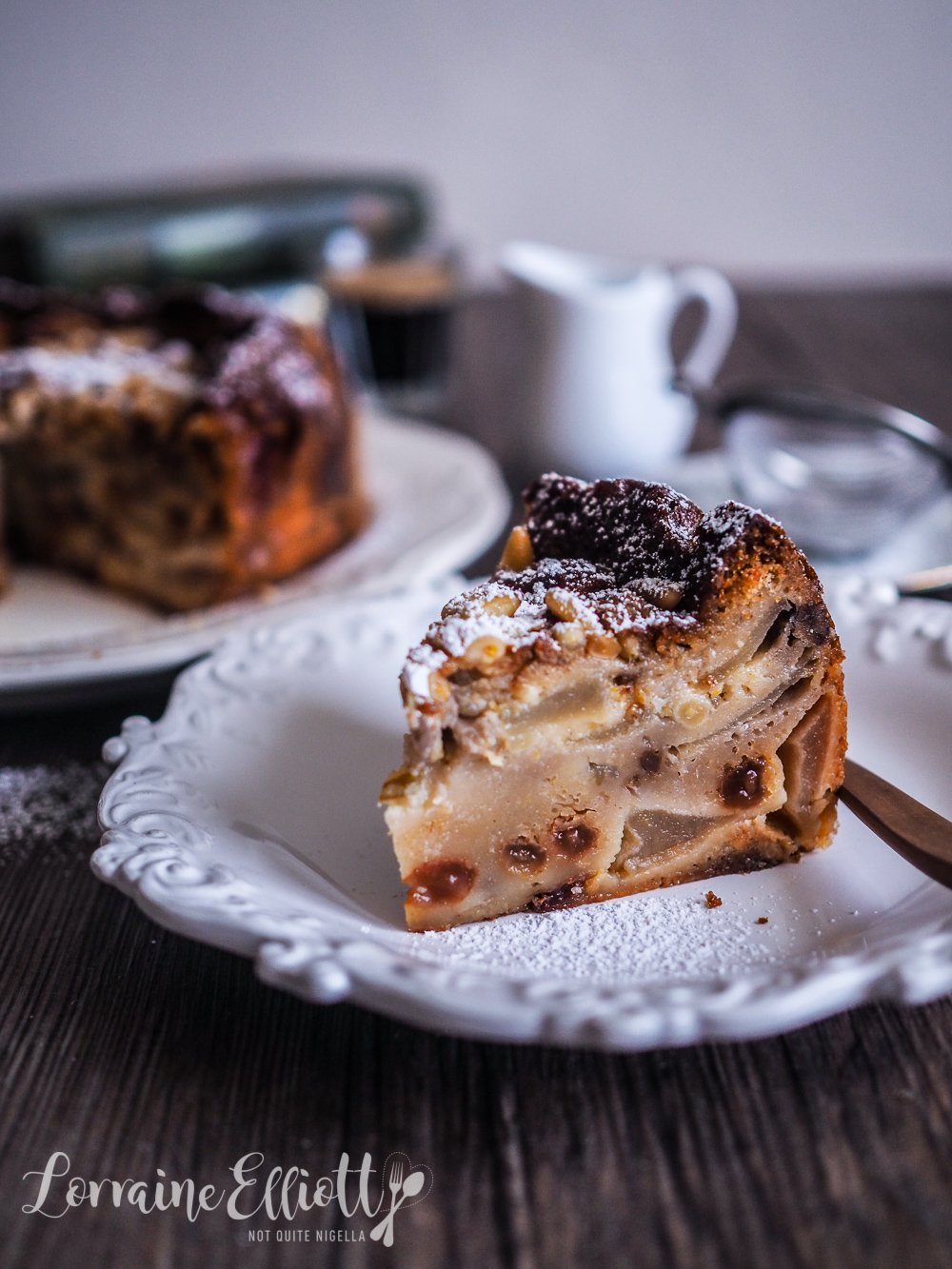 I love kooky, quirky people and Celia greeted me in the driveway whispering that she was looking out for the magpies that were swooping people. She invited me in for a cup of tea and a chat and she gifted me a set of tea towels that she made from jeans. She makes aprons out of them and I thought that tea towels might be a good idea and like the clever little thing that she is, she whipped them up and made an embroidery pattern on them and sent me on my merry way with a loaf of freshly baked rye sourdough made with Tasmanian honey. 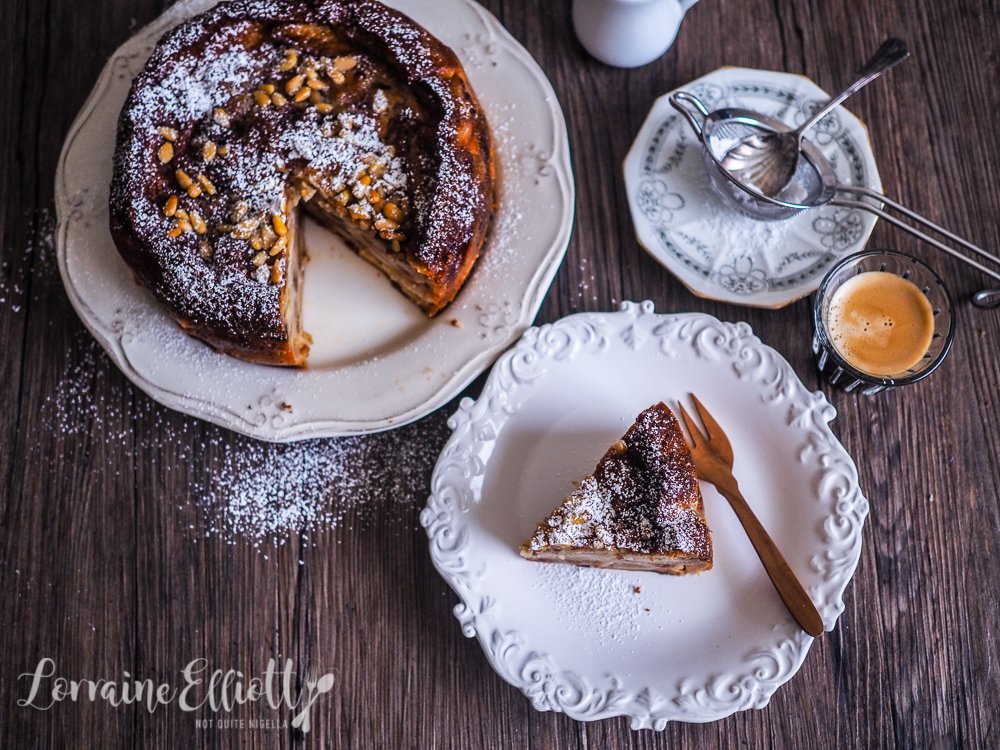 I walked out through the garden and past where the chickens were kept. Celia used to have a chicken called Not Quite Lorraine who was named after me. NQL is long gone-she went to a farm in Queensland (and probably to the farm in the sky) but Celia and Pete felt that they had named her well. "She was a ninja eater," said Celia. She would leap down from the roost and eat as much as she could before the bigger chooks got to it then run away". NQL like her namesake was petite, super fast and always made sure she was fed.

So tell me Dear Reader, have you ever heard of a Sicilian apple cake or made one before? And have you ever had an animal or indeed a person named after you? 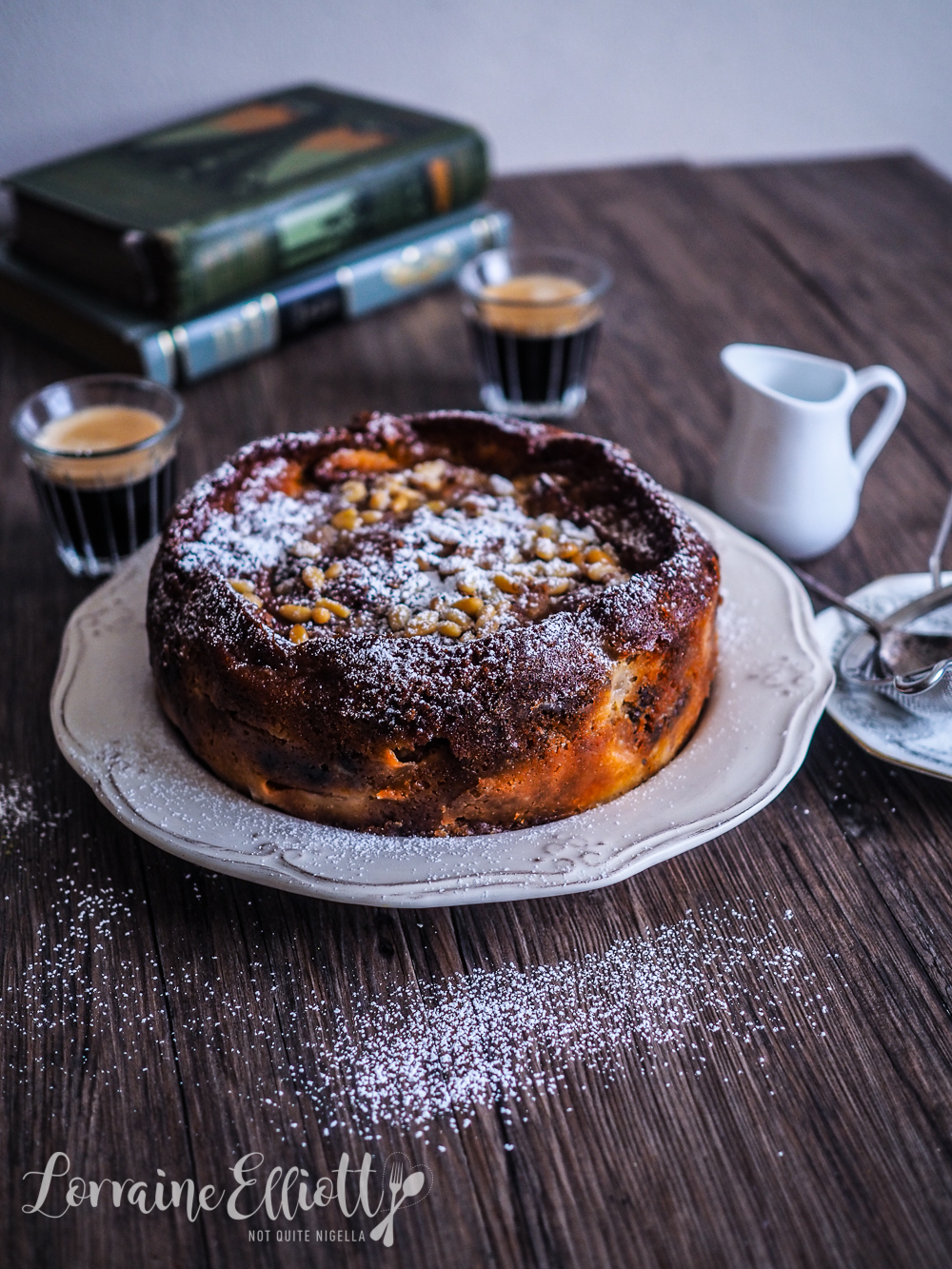 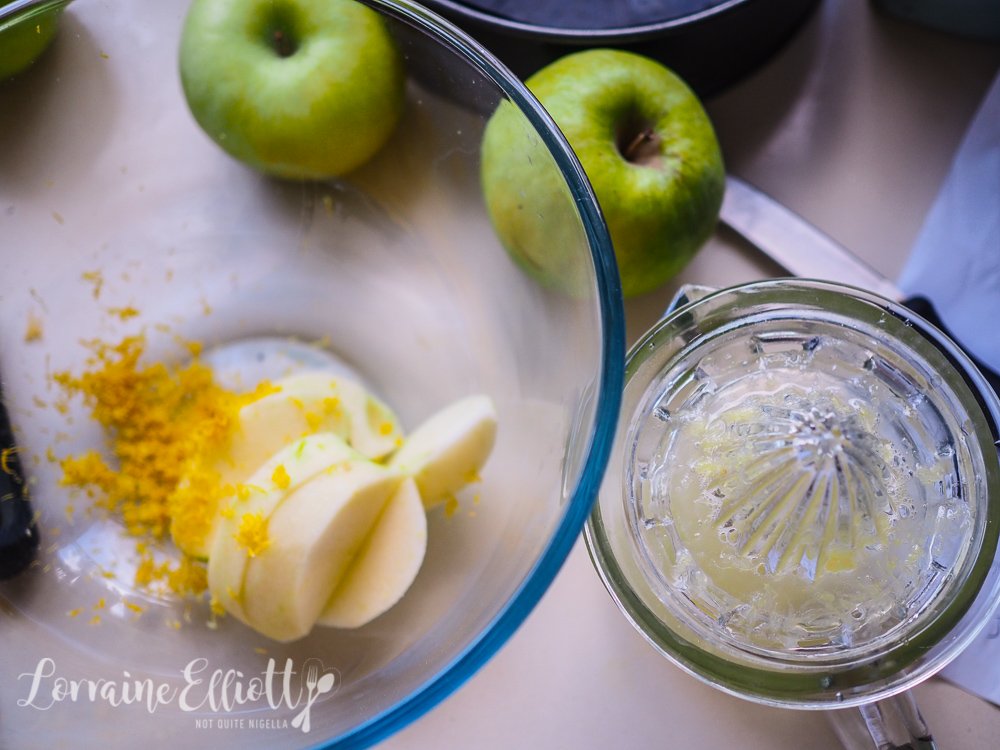 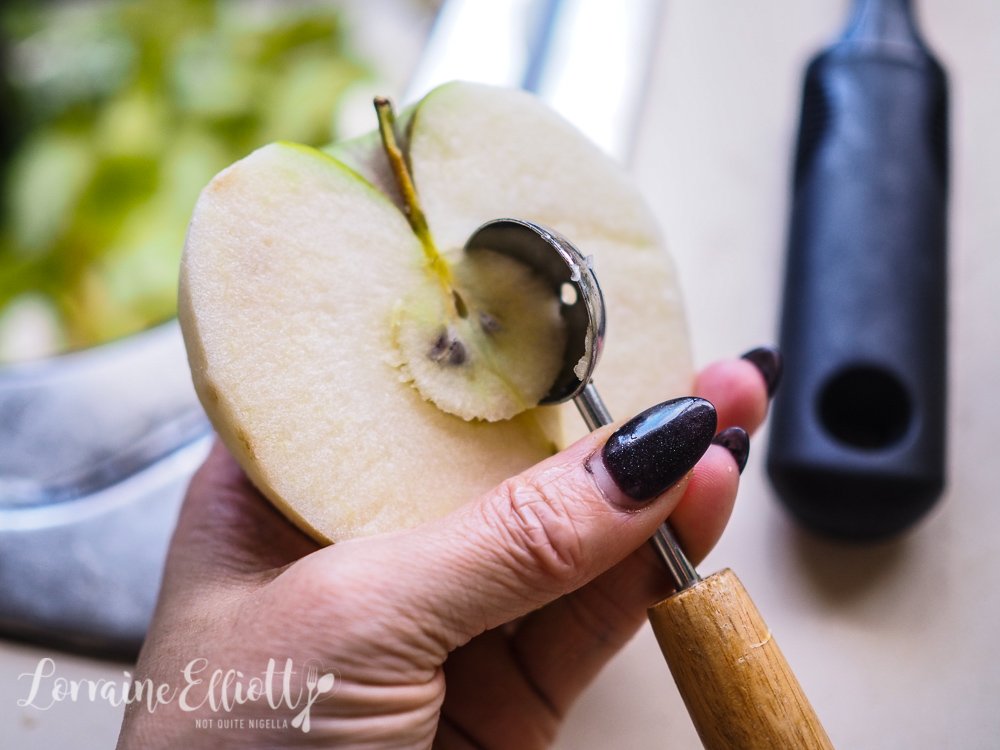 Using a melon baller to remove the core

Step 2 - Whisk the eggs and sugar together for 5 minutes or until thick and pale. In a jug whisk the cake flour, baking powder and salt until mixed. Combine the flour mixture, egg mixture, milk, melted butter and vanilla and stir until just combined. 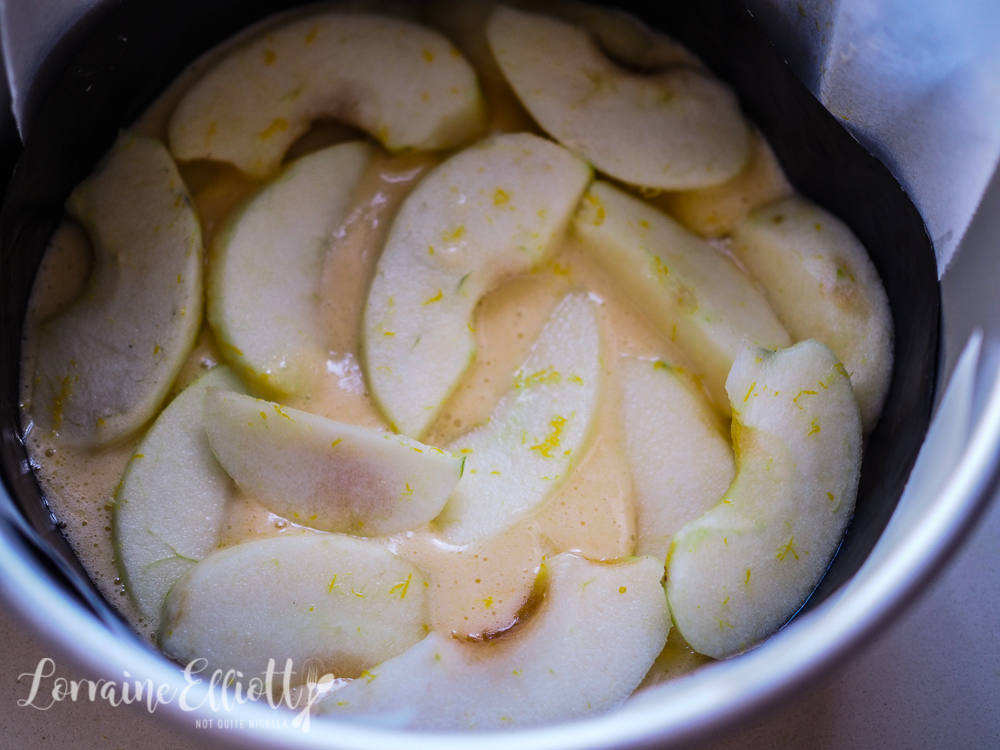 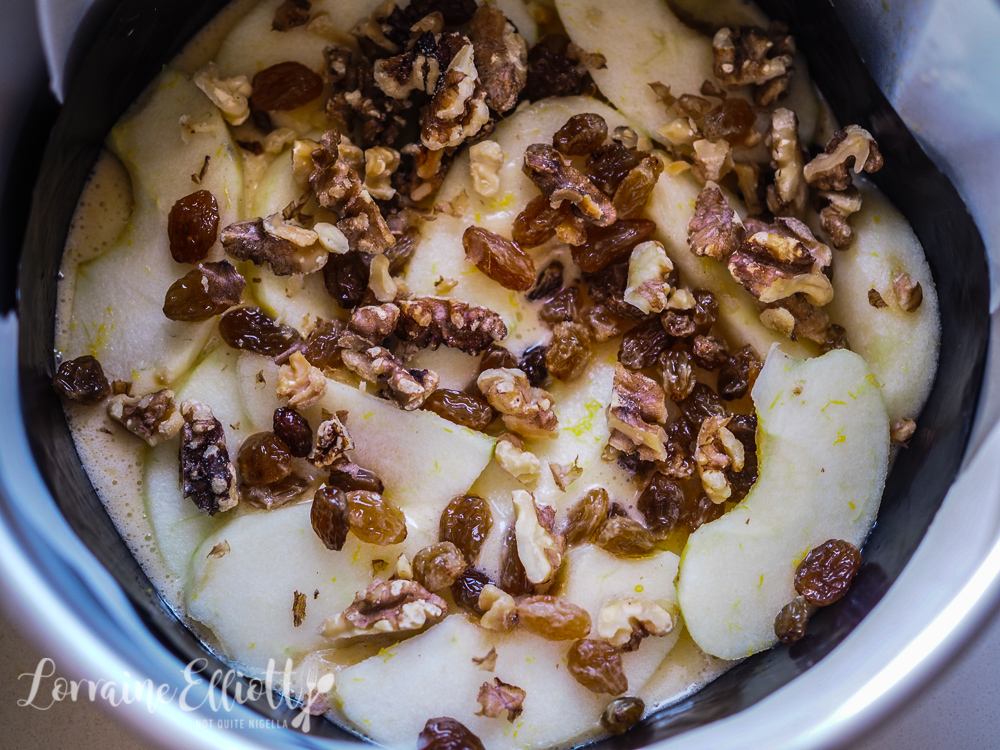 Step 4 - Scatter with pine nuts and cinnamon mixed with raw sugar on top. Bake for 1 hour. If it is getting too burnt, cover with foil and bake for another 40-50 minutes. Pour the rum over the hot cake as soon as it is out of the oven. ssssDust with icing sugar before serving. 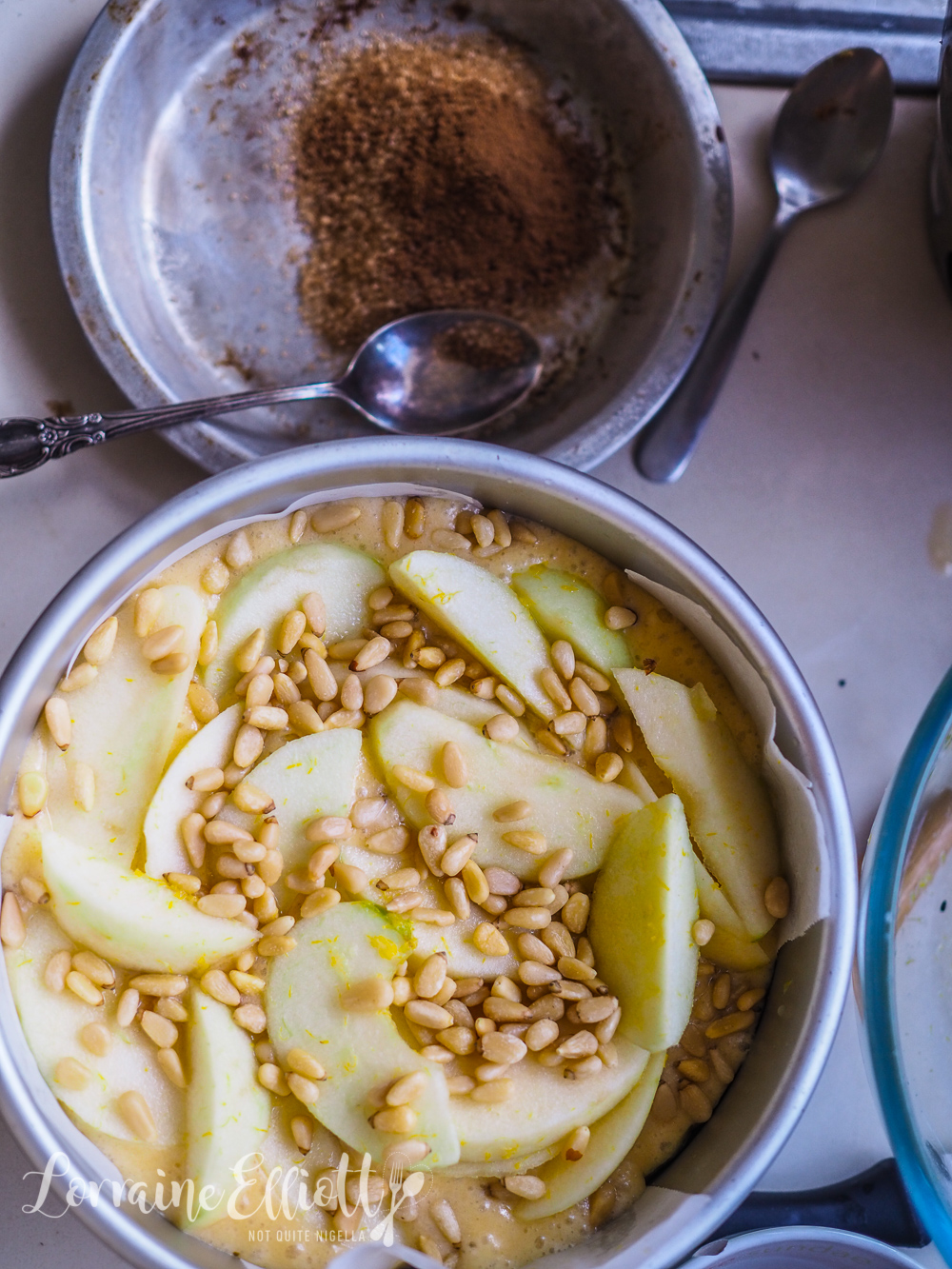 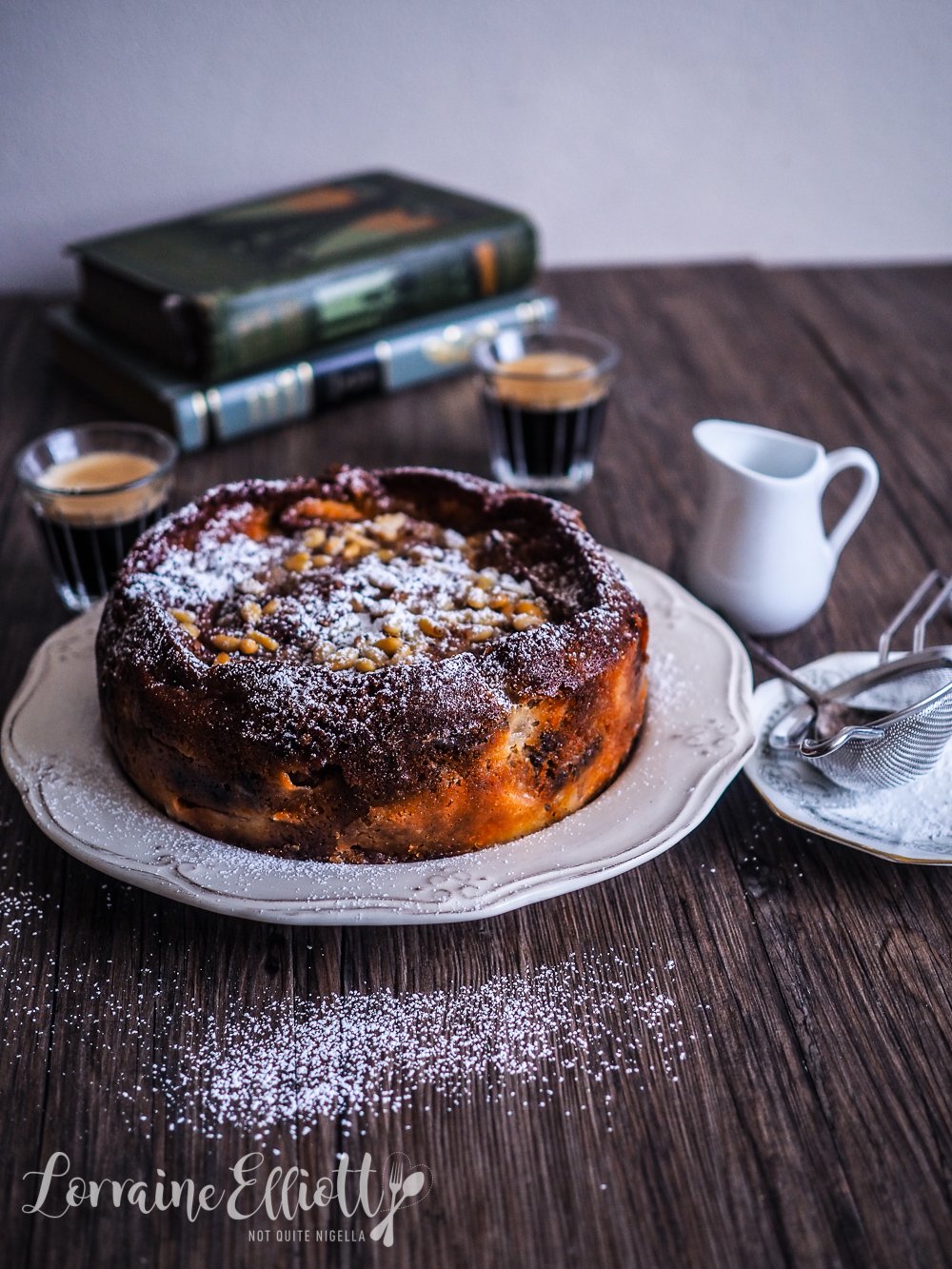