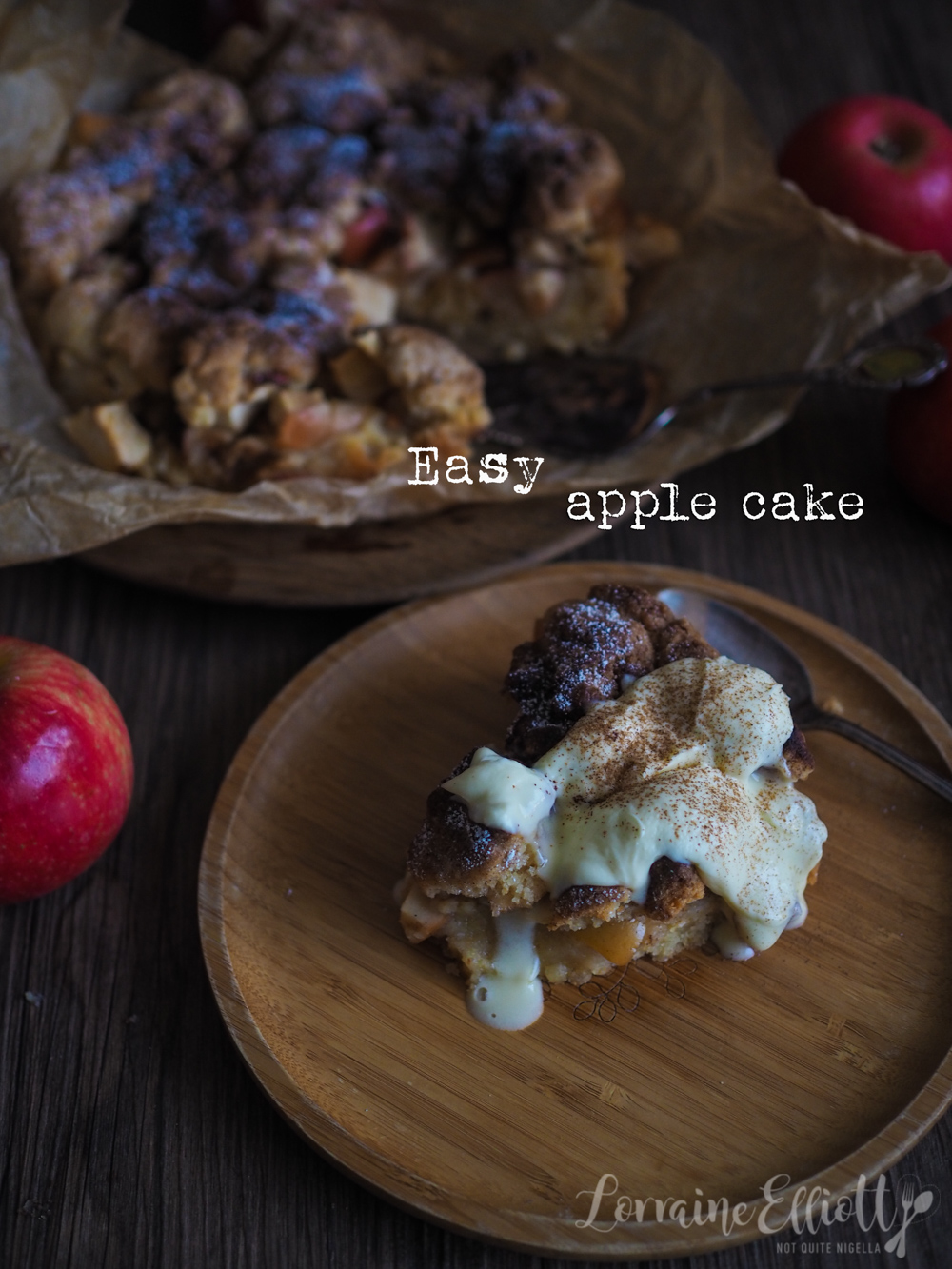 This easy apple cake is simplicity itself. It's great for those low effort days or days in which you don't have time but you want something wholesome and delicious. It requires nothing more than a bowl and whisk or spoon to mix together You can use fresh apples or tinned apples-both work well in this and it lasts for days. Just heat it up and serve it with some cream or ice cream for the best standby apple cake! 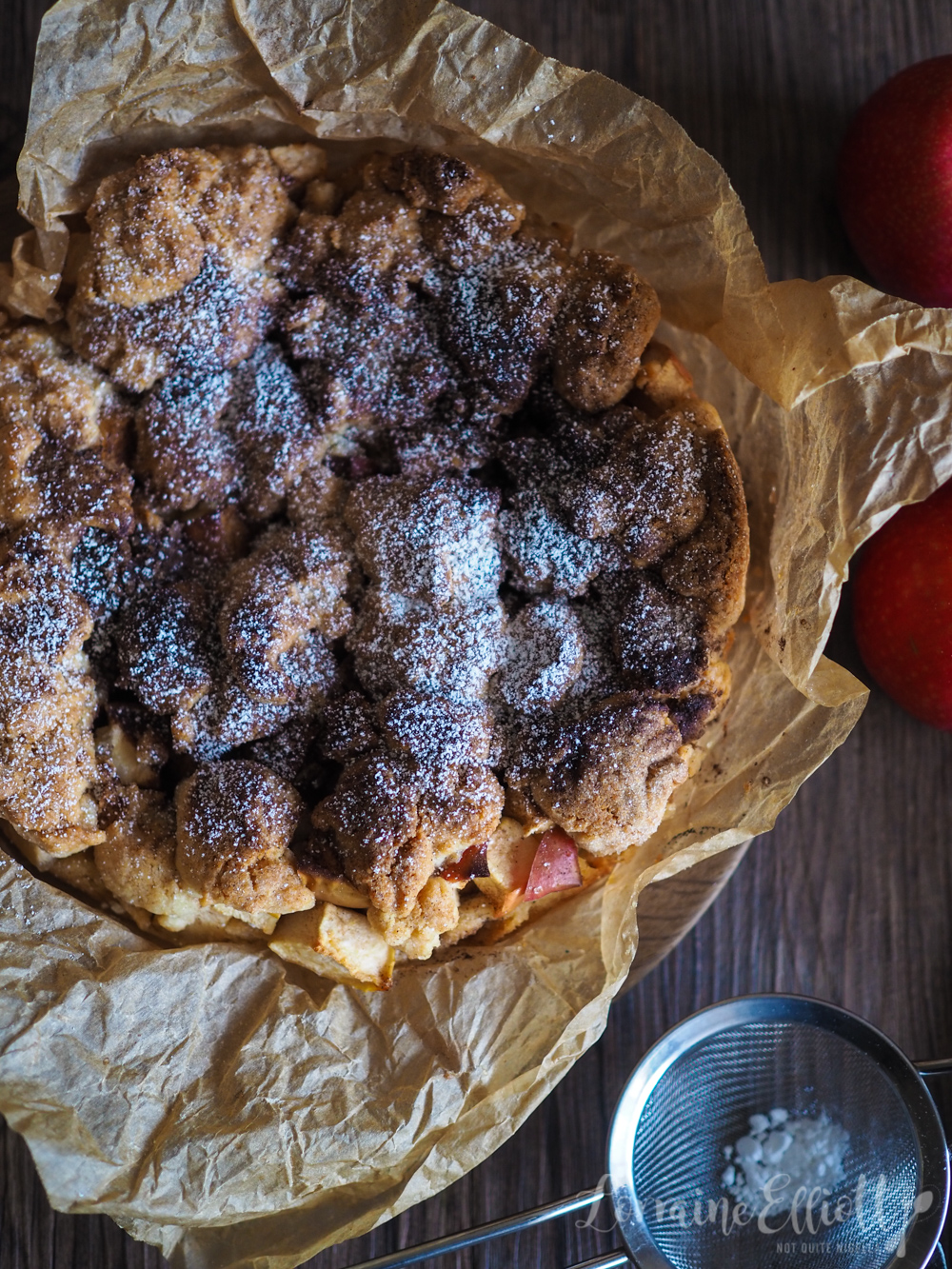 I love this apple cake recipe because you don't have to cook the apples beforehand and the cake part is so easy! It's also so delicious, like a cross between a soft cookie, pie and cake! This is actually an apple version of a one bowl pear cake that I've made for years. I always seem to have apples and not pears in my vege box and I always think of this as an apple cake as in I search for apple tea cake on my blog only to remember that I made it as a pear cake! 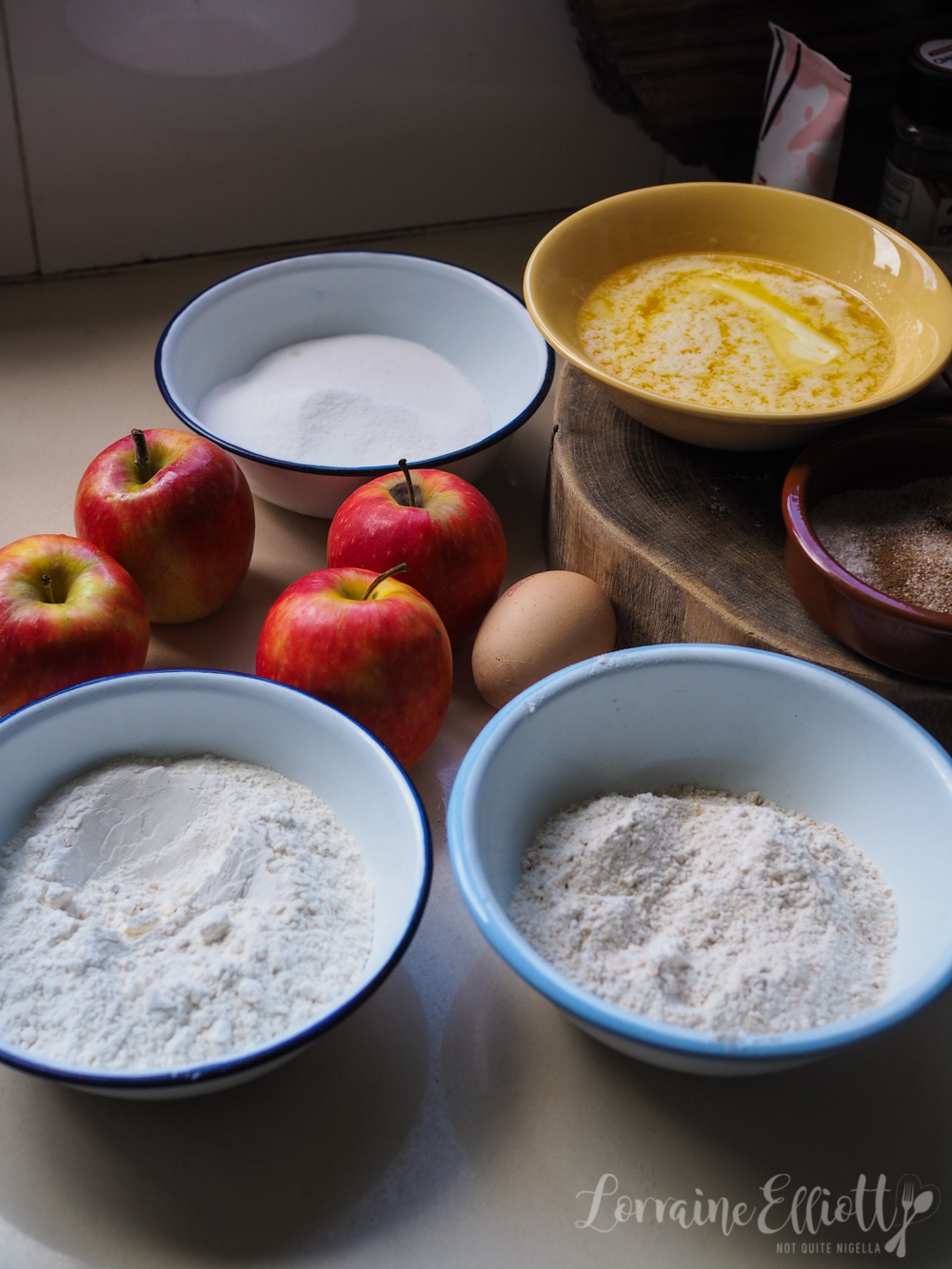 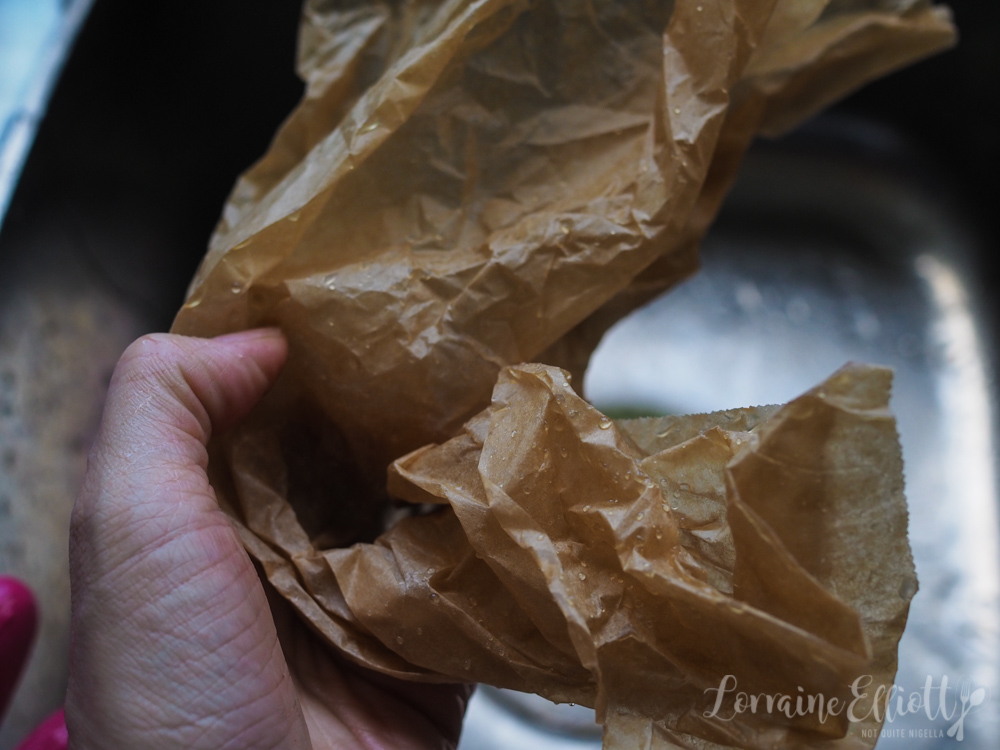 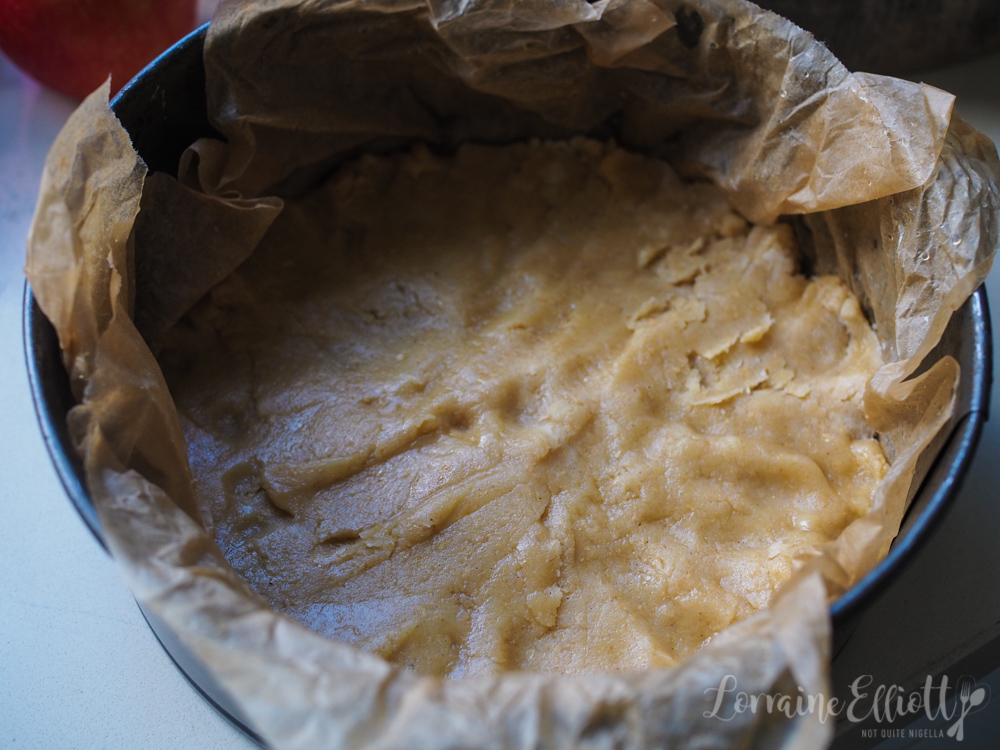 How to make cinnamon sugar: the recipe for cinnamon sugar is 1/2 cup of caster or superfine sugar mixed with 2 tablespoons ground cinnamon. Please don't use equal amounts of sugar and cinnamon as cinnamon is very strong and will overwhelm the cake. 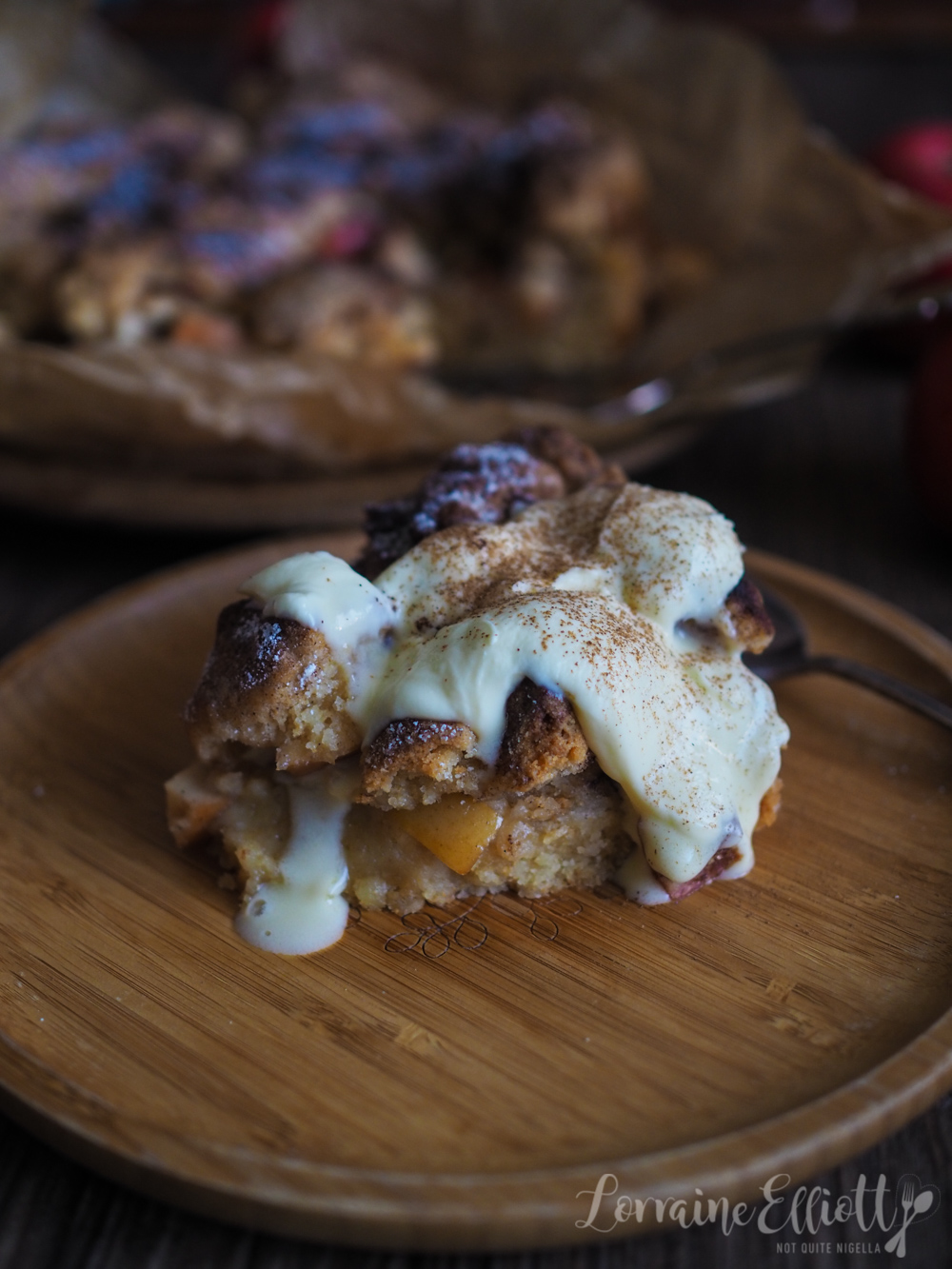 To show you how easy this recipe is, I whipped this one afternoon before going over to my parents' house. We haven't seen them in a long time and they wanted us to come over once lockdown was lifted so that they could tell us about their plans. They're moving to Singapore shortly because it's warmer, they want to have a helper look after them and my sister Blythe lives there. 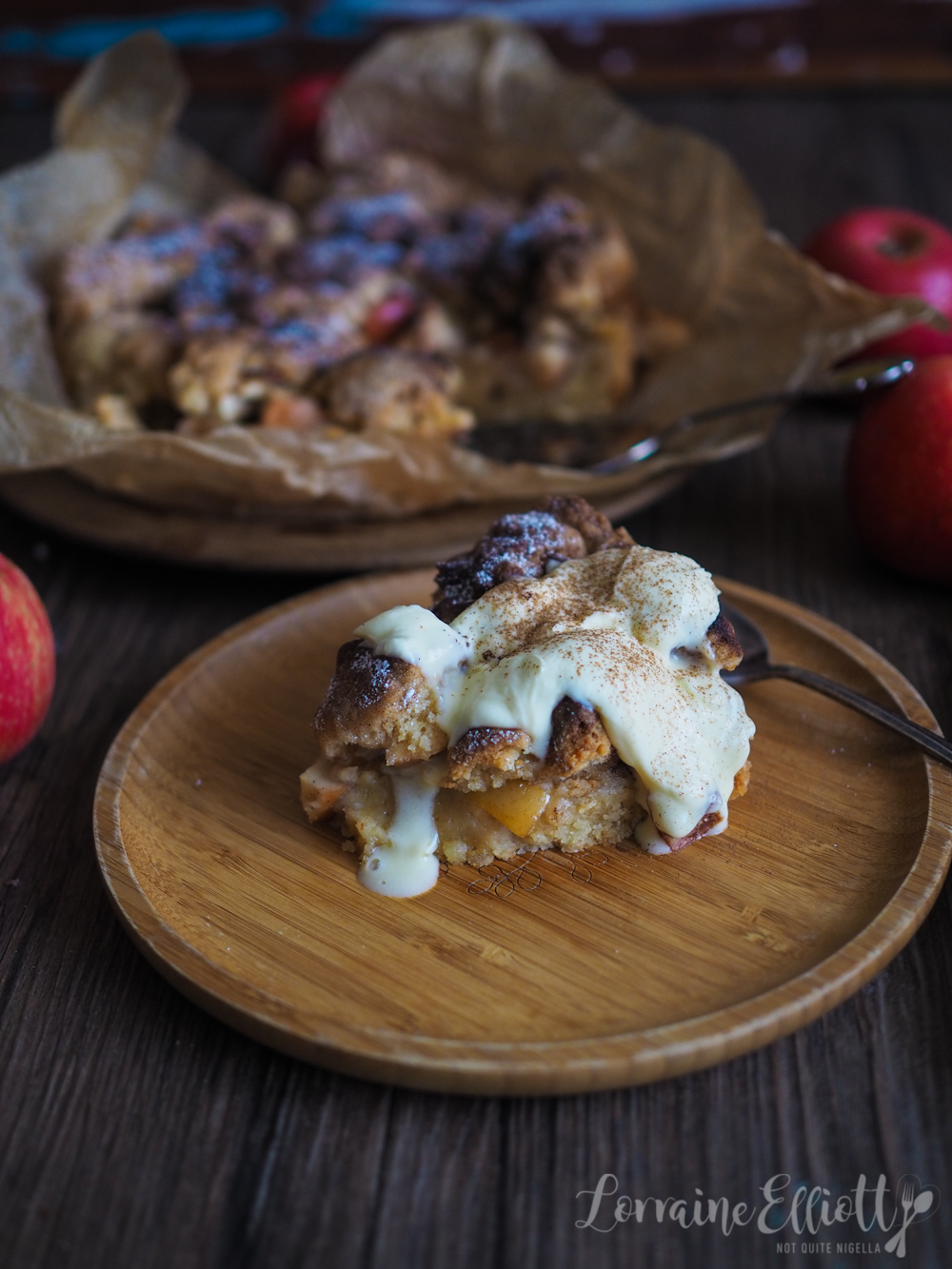 The guest of honour was of course Mr Teddy Elliott. He is their favourite (and only!) grandson and they always watch his Instagram account for videos and updates on him. Teddy's favourite part of a visit there is the carpet and spent much of his time there rubbing his face and "breakdancing" on their rugs and carpet. "Can we feed him noodles?" they asked us watching his pleading face. 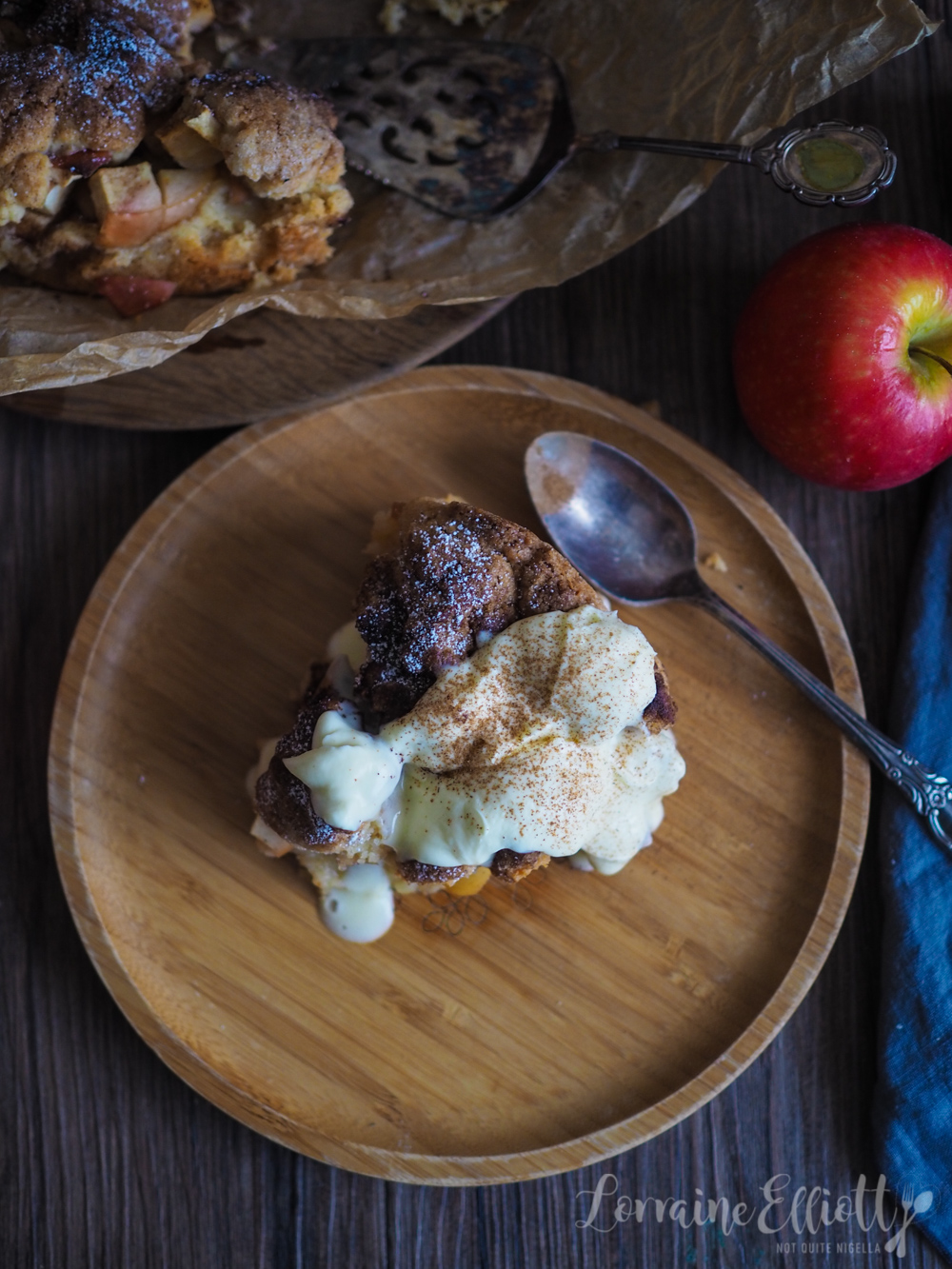 You know how they say that parents behave differently when they become grandparents and that they're nicer and more understanding when it comes to the grandkids than the kids? Well the same could said to be true of canine grandkids. They dote on Teddy in many ways in which they didn't on us as kids. I guess perhaps that's because Teddy is a lot cuter and the naughtiest thing he's likely to do is steal some food and he can't talk back!

Step 1 - Preheat oven to 180C/350F and line the base and sides of a 20cm/8inch springform tin. Core the apples and peel them if you want. Cut into small cubes and toss in lemon juice to prevent browning and set aside.

Step 2 - Whisk the two flours and sugar together. In a jug or small bowl whisk the egg, melted butter and vanilla and pour it into the flour mixture and mix. It will form a buttery dough like a soft cookie dough. 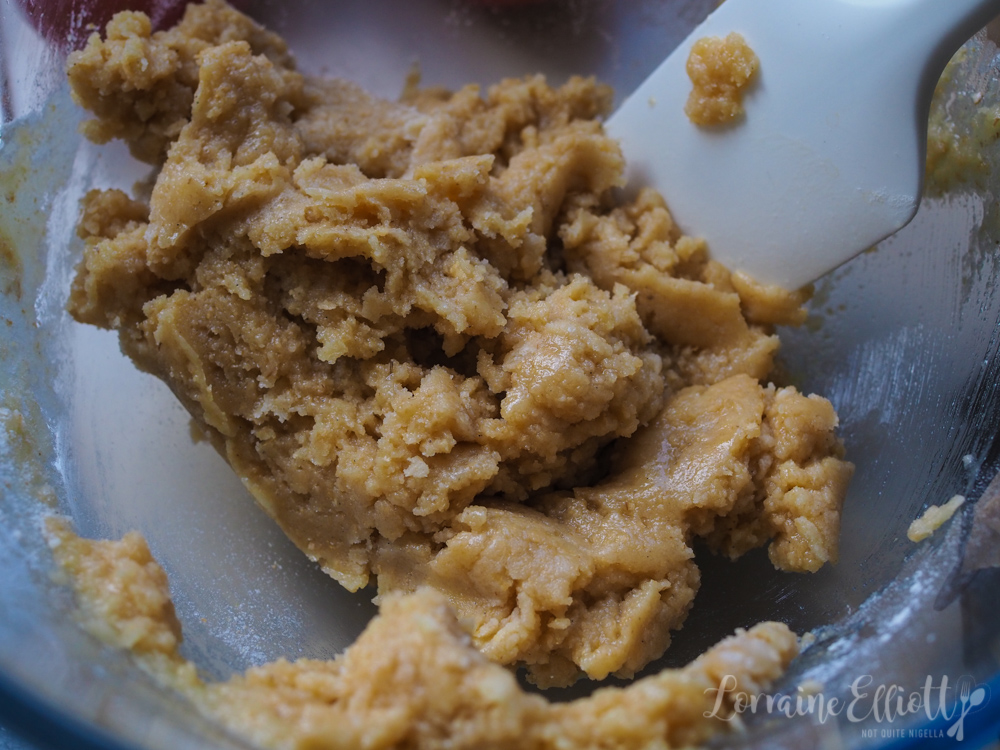 Step 3 - Take 3/4 of the dough and press into the baking tin. Add the drained apples on top then take the rest of the dough and pinch off small balls of the dough and add it on top, like a patchwork of dough. You can leave gaps so that the apple shows too. It doesn't have to be precise. Sprinkle with cinnamon sugar and bake for 45 minutes. Serve warm with ice cream or cream. I sometimes sprinkle it with icing or powdered sugar. Wrap well and store in the fridge. This cake also freezes well for 2 months. 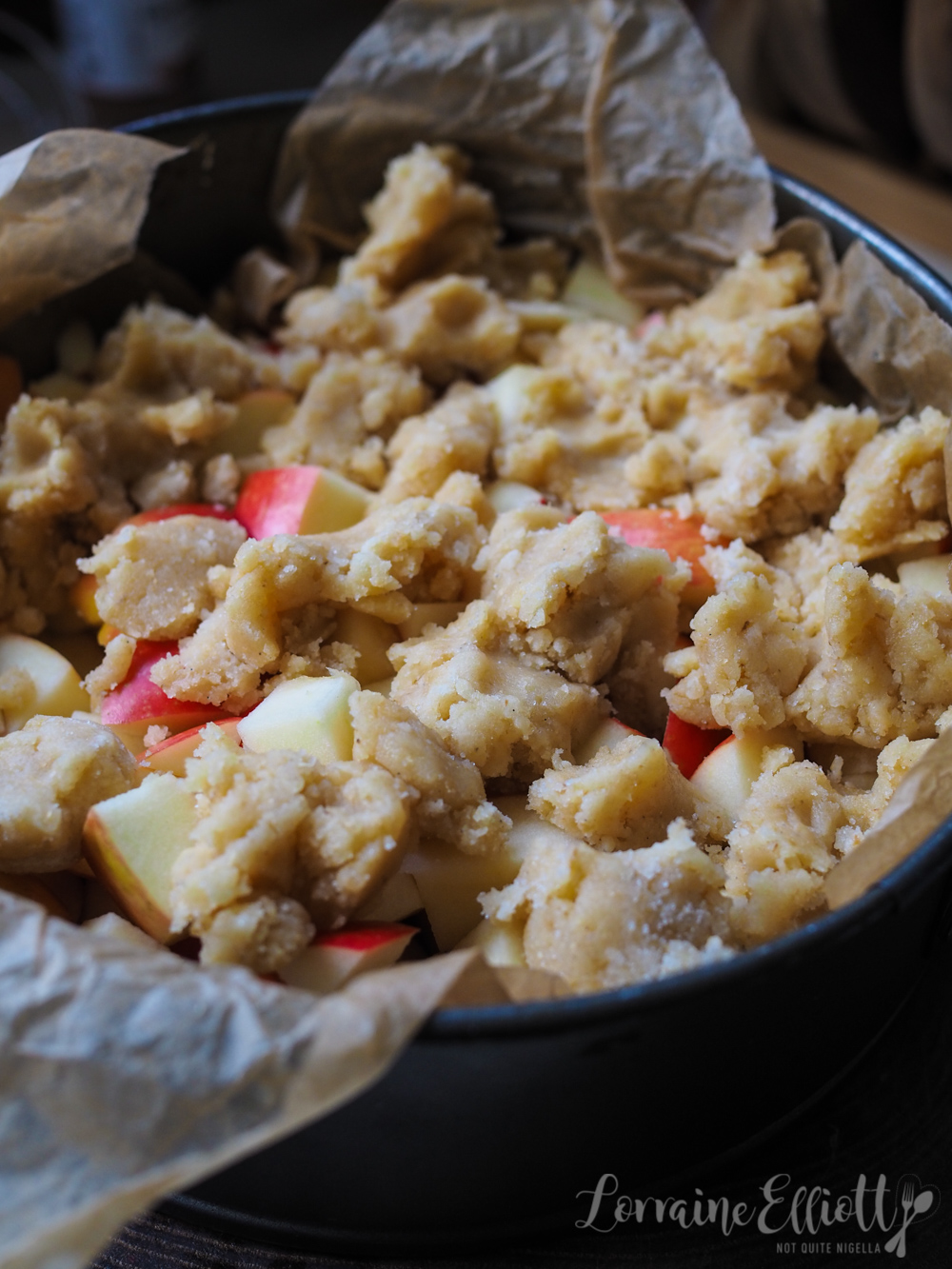