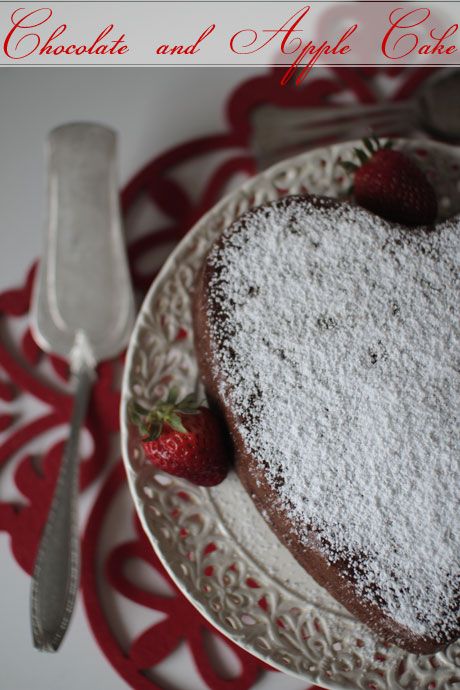 A few weeks ago, I was invited to attend the screening of Eat, Pray, Love by the lovely people at Fisher & Paykel. At the pre screening event, I was amongst a group large of magazine editors and writers and even though I was the only online person, I felt welcome rather than an oddity (how times have changed!). I got to chatting with a group from Home Beautiful and was introduced to Vanessa who works there. She had tried some of the recipes on Not Quite Nigella and spoke of a recipe of her own which was a simple five ingredient chocolate cake that had no butter or oil and was gluten free! 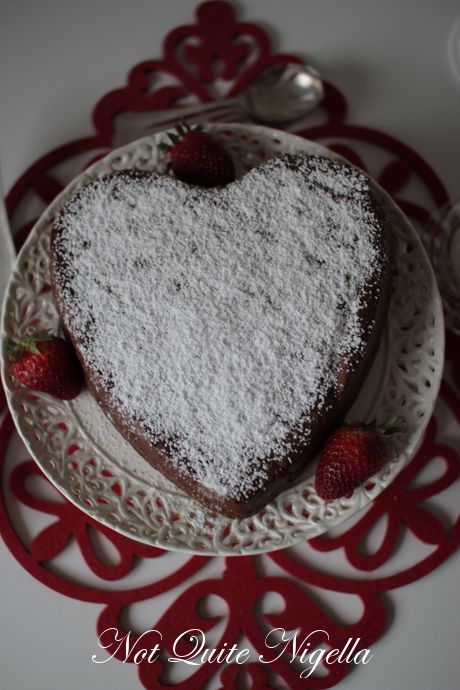 I am not gluten intolerant or coeliac but from holding competitions and writing about it, I know many NQN readers are or know people that are so I was eager to try this. The cake itself is wonderfully light-when first baked this had an almost mousse like quality to it which is just wonderful. It is frightfully easy and as there is no butter or oil it doesn't require creaming. Most importantly it doesn't taste lower fat (ok there is chocolate and the almond meal but you know what I mean right?) or gluten free. And as Vanessa says, it is even good the day afterwards! 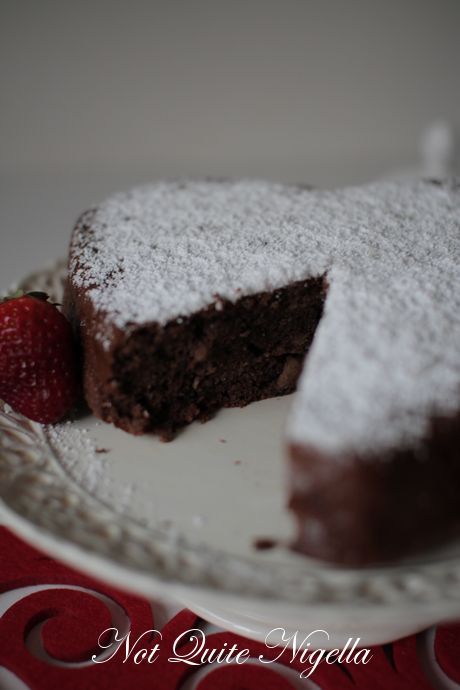 As for the movie, well of course I was going to like the bits about Italy the most-after all that is where the "Eat" from the title comes from. I can't compare it to the book as I haven't read the whole book but I did think that the film did see to go on for a very long time and by the time India finished I was fidgeting like mad and just praying (no pun intended) for Bali to come along. Has anyone seen the film? What did you think of it? I know it was panned by critics but I was still curious to see it. I didn't think it was anywhere near as bad as the critics said that it was.  It was entertaining enough and like the hopeless optimist that I am I am glad that it helped me nab this wonderful recipe from Vanessa!

So tell me Dear Reader. do you know many gluten intolerant people or are you one yourself? 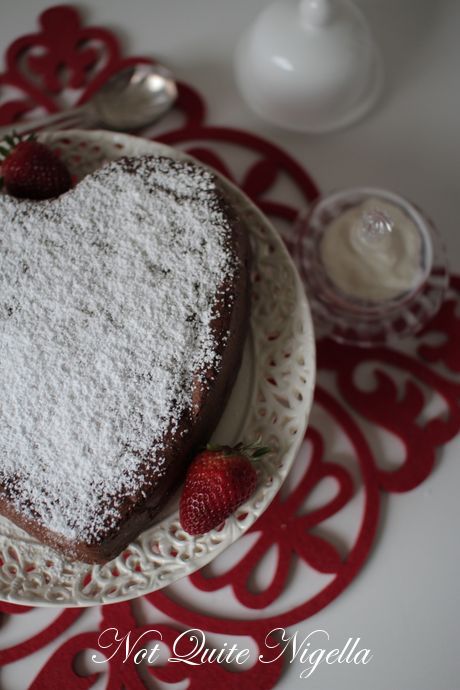 This is also my entry into Deeba's Monthly Mingle event! 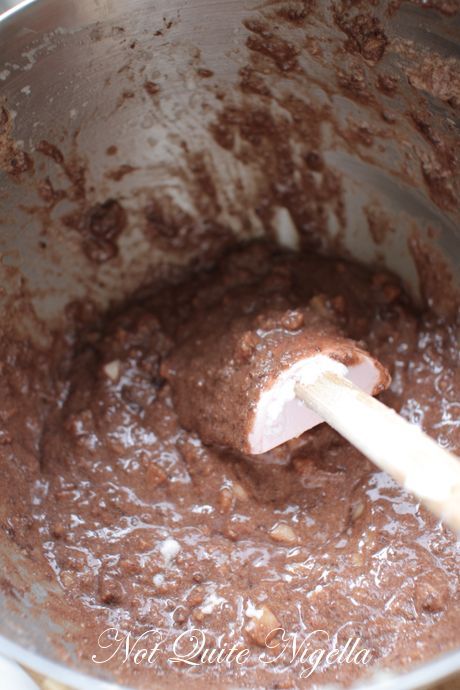 OK it doesn't look pretty but it tastes great, I promise! 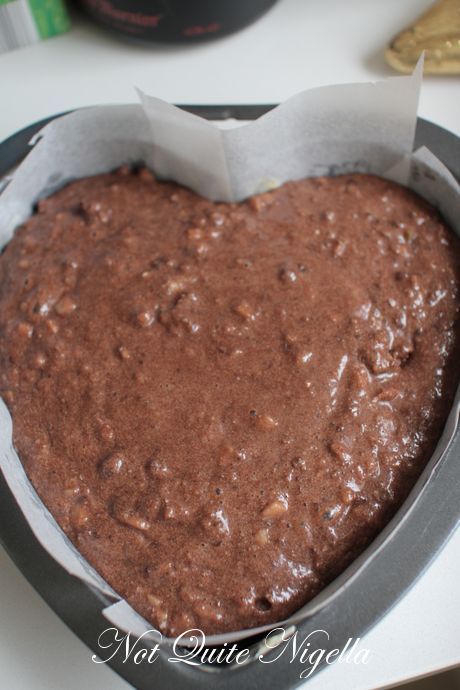 Step 6 - Dust with icing sugar and serve with cream and fresh strawbs. tastes even better the day after! 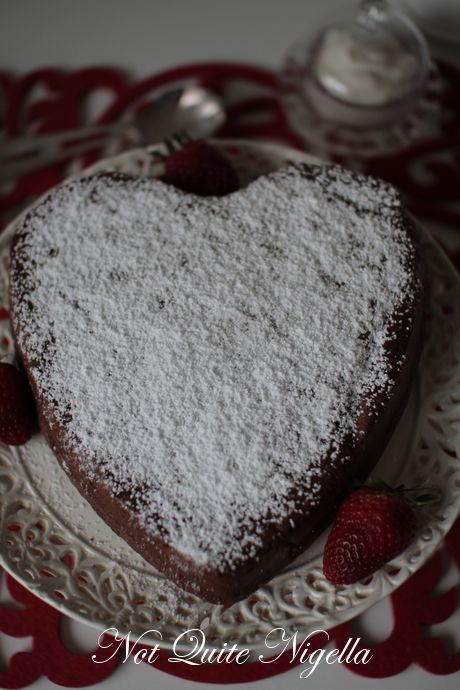