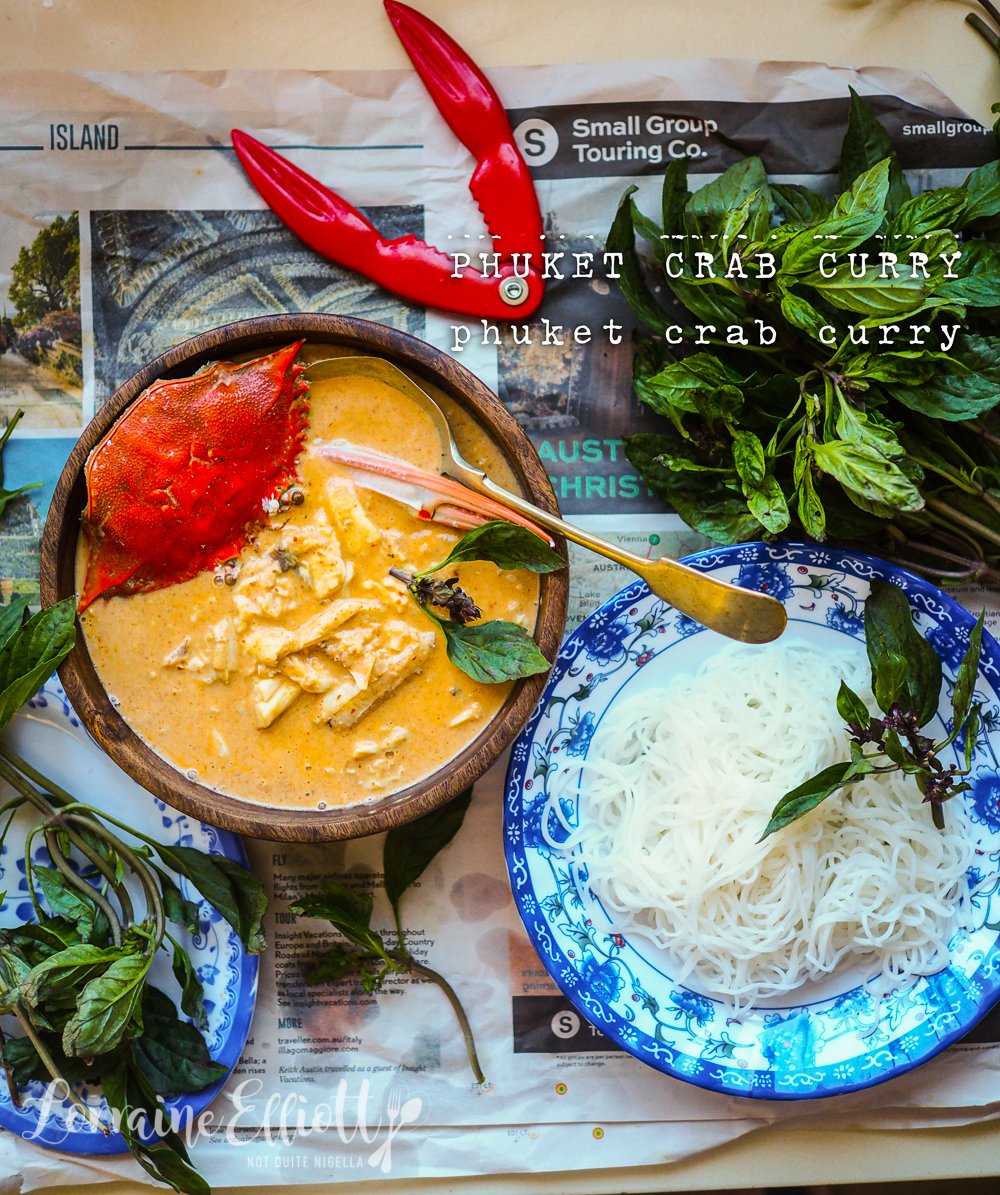 I promise you Dear Reader, this Phuket crab curry is one of those amazing Thai curries that you need to have on hand. For starters, it isn't commonly seen on many Thai menus. It's a specialty of Phuket but it can be done quickly in 20 minutes!

A Phuket crab curry or Gaeng poo is basically mostly yellow or sometimes red curry made with cooked crab meat. It is typically served with fine rice noodles and vegetables. The best crab curries have large chunks of crab meat in them. 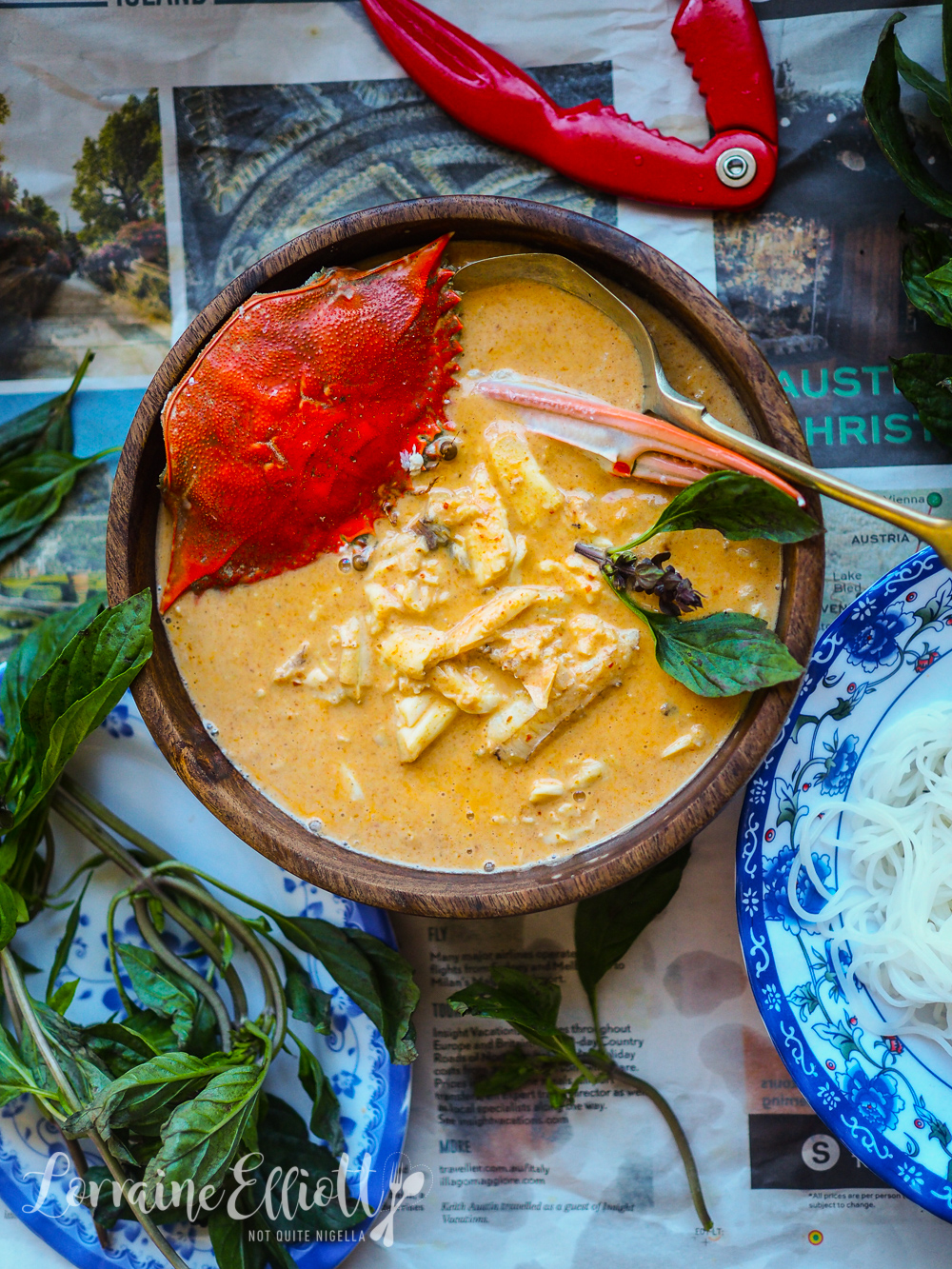 This is one of the recipes I got from the Cape Kudu Koh Yao Noi cooking class. When I was staying at the resort they offered me a cooking class and while it looked fun, I had made all of those items before. I asked if it was possible to make a Phuket crab curry because I had really enjoyed it at dinner one night. They use red curry paste there while I've normally have it using yellow curry paste. They're both delicious though and yellow curry paste gets its colour from turmeric.

I used whole crabs and of course if you do that, then the time taken is a bit longer. You can easily buy pre picked crab meat and it's pretty good and if you do then the prep is next to nothing really but I do find that with the prepacked curry there tends to be less big chunks of crab meat. It didn't take me long to pick out the meat from three mud crabs (although I definitely recommend against spanner crabs because their shell is so hard and they will shred your fingers to pieces). 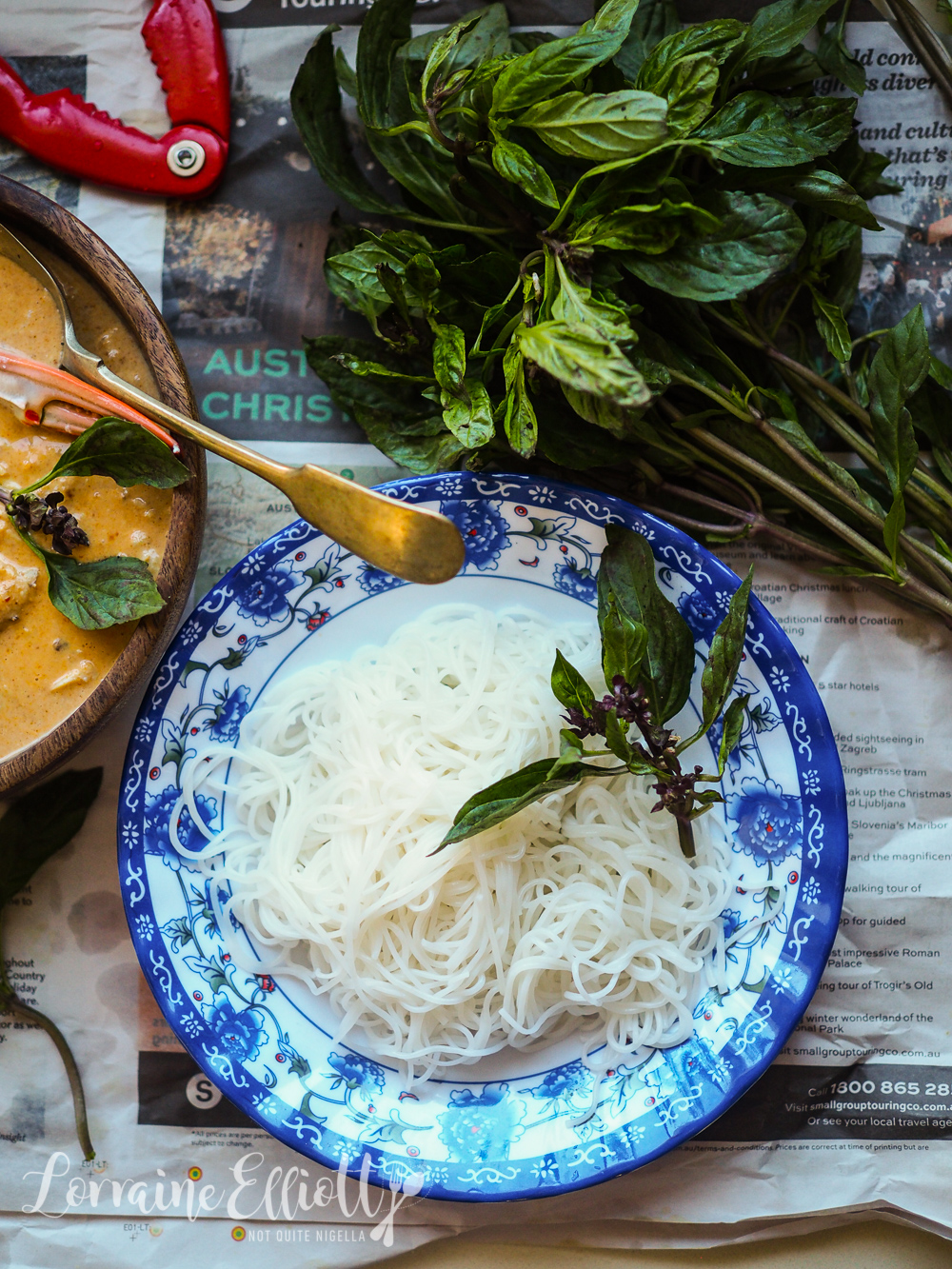 This curry was done so quickly that I had time to go out and use my parent's treadmill before the end of the day. Mr NQN was at home looking after Teddy as he has been working from home in the afternoons. I was upstairs at my parents' house and I had finished my workout so I took a look at the nest camera and saw them both sitting on the couch.

So I decided to talk to them. I hit the "talk" button.

"Hello!? Why are you NAKED???" I said in a loud British accent. I think it was a line we picked up from Little Britain or something. We occasionally throw it out to each other as a joke instead of saying "hello" when we walk in the door. It's funny to us but I guess you have to be there. I should also explain that he wasn't actually naked. 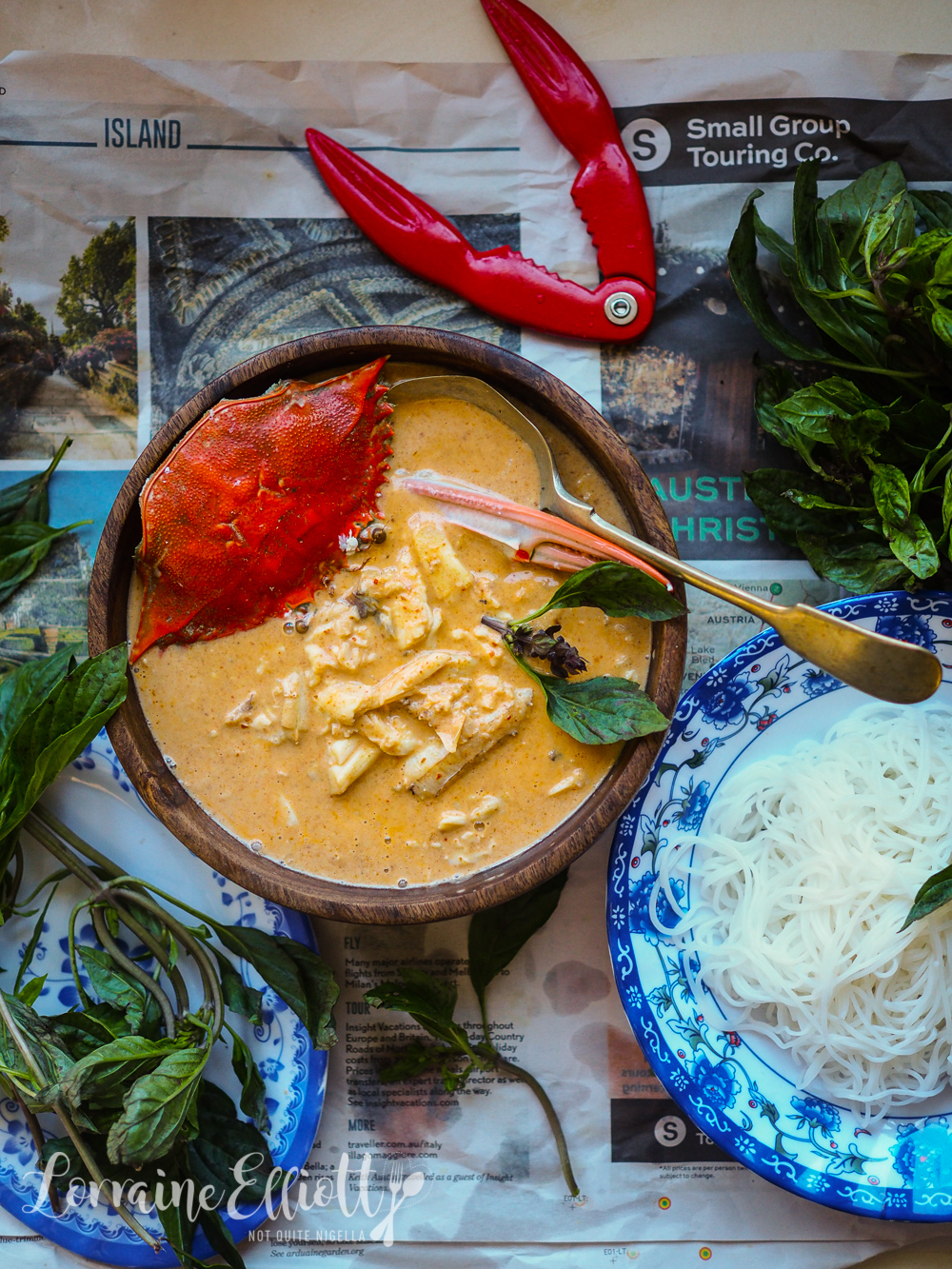 It didn't seem to be working as he didn't react so I hit the "Talk" button again and said it even louder. "EXCUUUUSE me sir but why are you naaaked?" I asked him. Again he didn't react so bored with not getting a reaction like a child wanting attention, I gave up. I drove home and when I opened the door I told him that the nest camera wasn't working properly.

"It was working, we all heard you loud and clear. Including the people I was on the video call to," he said solemnly, a small smile twitching at the corner of his mouth. Luckily because it was a video call they could tell that he was in fact not naked so perhaps they passed it off as strange background noise or a television in the background especially as he didn't react at all!

So tell me Dear Reader, have you ever tried a Phuket crab curry before? Do you have a favourite line from a show or movie that you like to use? 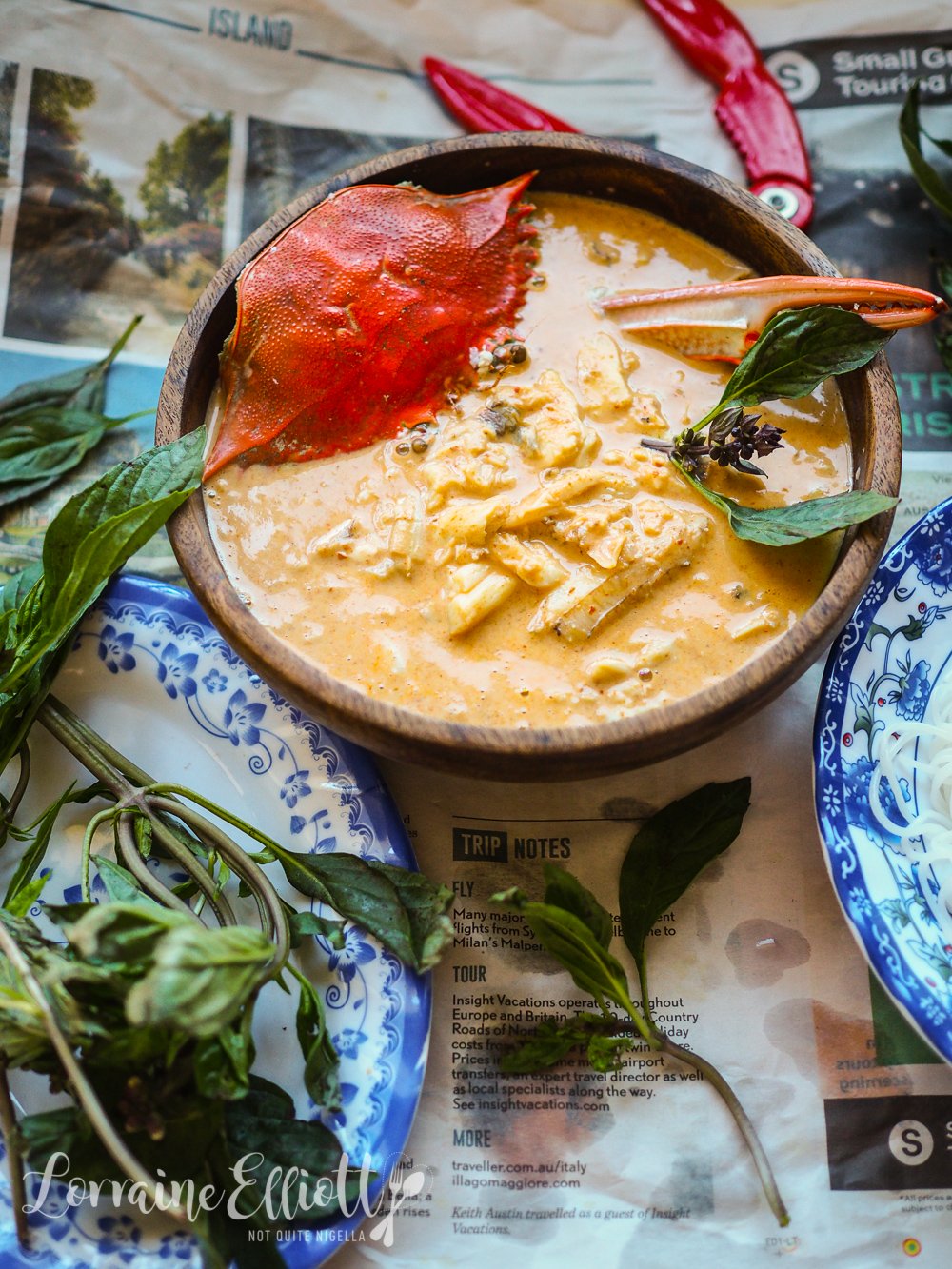 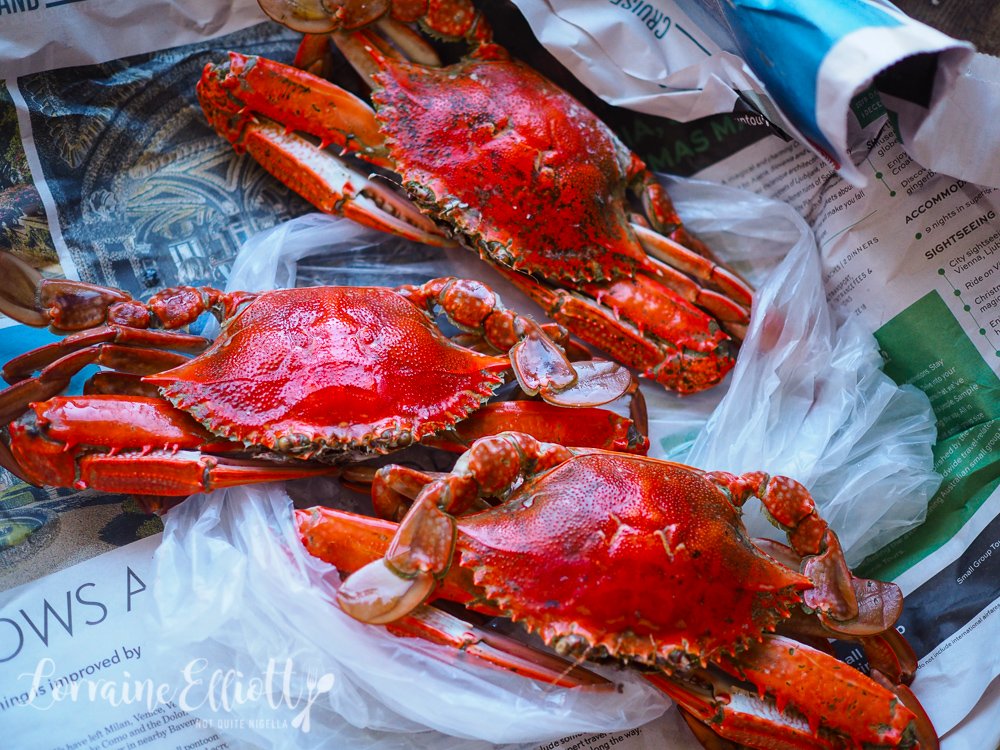 Step 1 - Place a pot of water to boil and then cook the noodles until pliable and soft-around 5 minutes. Drain in a colander and set aside. 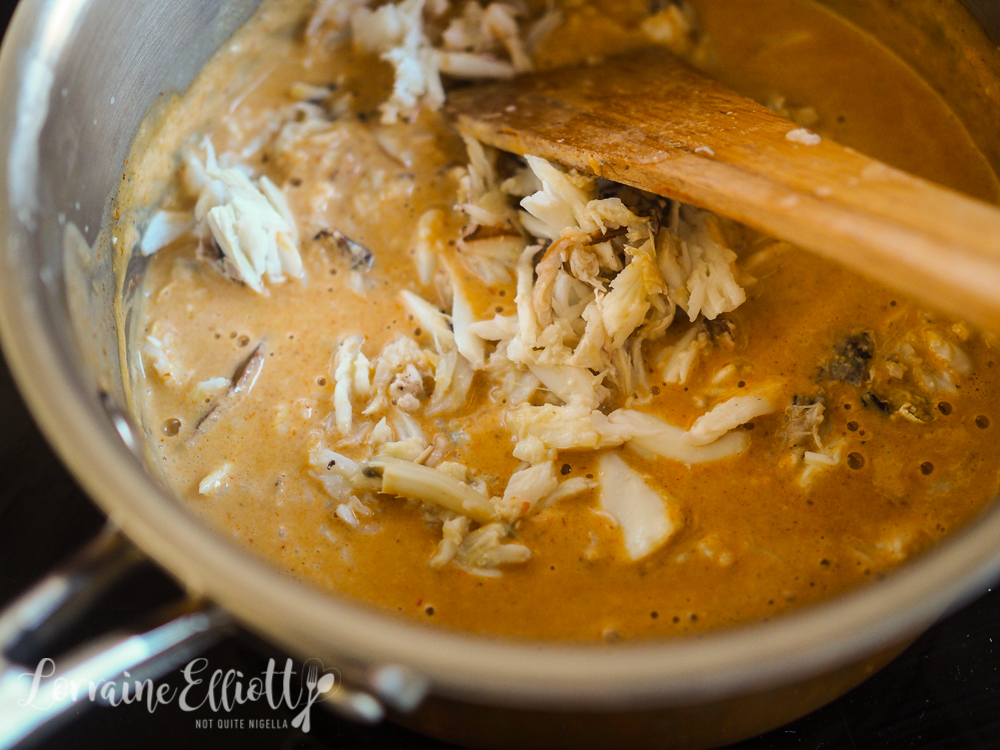 Step 2 - Add the coconut milk to a pot (I use the same one) and heat until boiling. Add the curry paste and shrimp paste and stir and press down until shrimp paste has dissolved. Add the crab meat and lower heat. Add fish sauce and sugar to taste (it depends on how salty or sweet you want it). Serve the curry with the noodles. 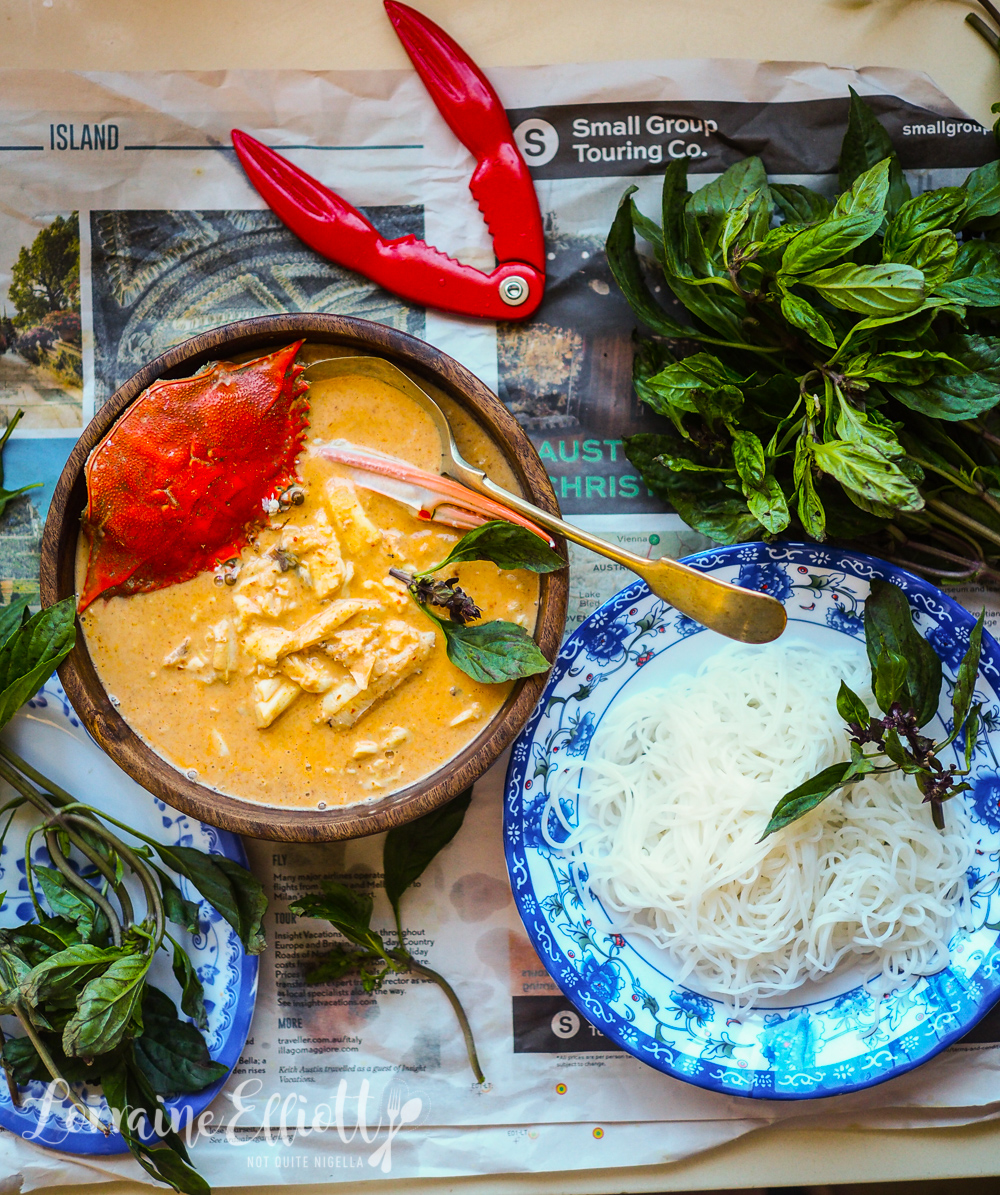