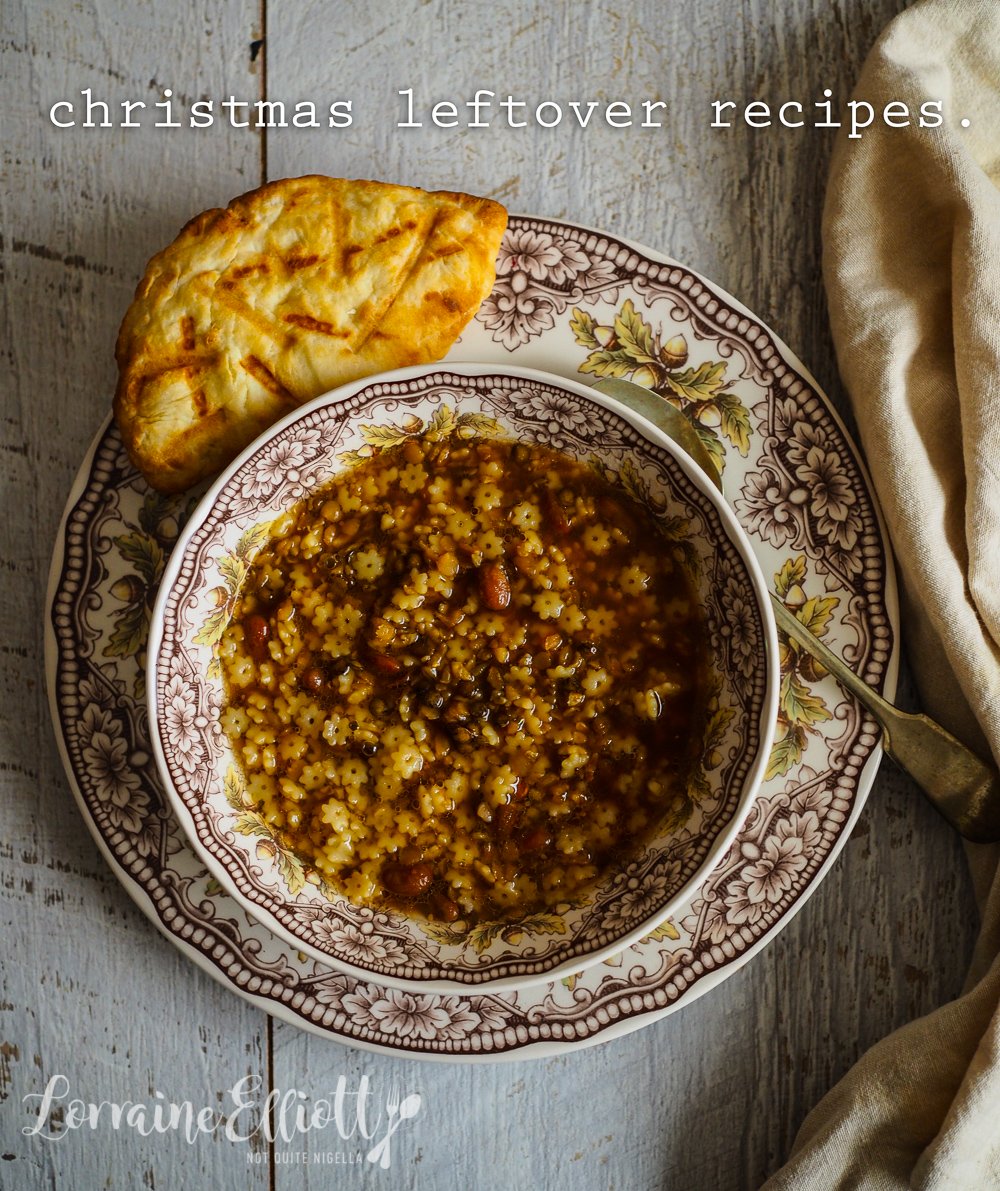 Overwhelmed with a fridge full of leftovers? Try these delicious recipes that will transform your Christmas leftovers into something deliciously simple but ridiculously good too! There is a no knead bread studded richly with golden roast potatoes and rosemary as well as a ham, pasta and bean soup making use of the ham rind, something you'd normally throw away!

I don't like throwing things away and when I was removing the rind from the ham I popped it in a container and put it in the fridge. A few days later I cut it up roughly and then it made the base for a gorgeously rich smoky broth. You don't need to add any seasoning to it. It's smoky (although that perhaps depends on how smoked your original ham is) and if you do it in the pressure cooker it takes 15 minutes. All you need is to add some pasta and some beans and you've got a low key but delicious post Christmas repast after the indulgence of Christmas. 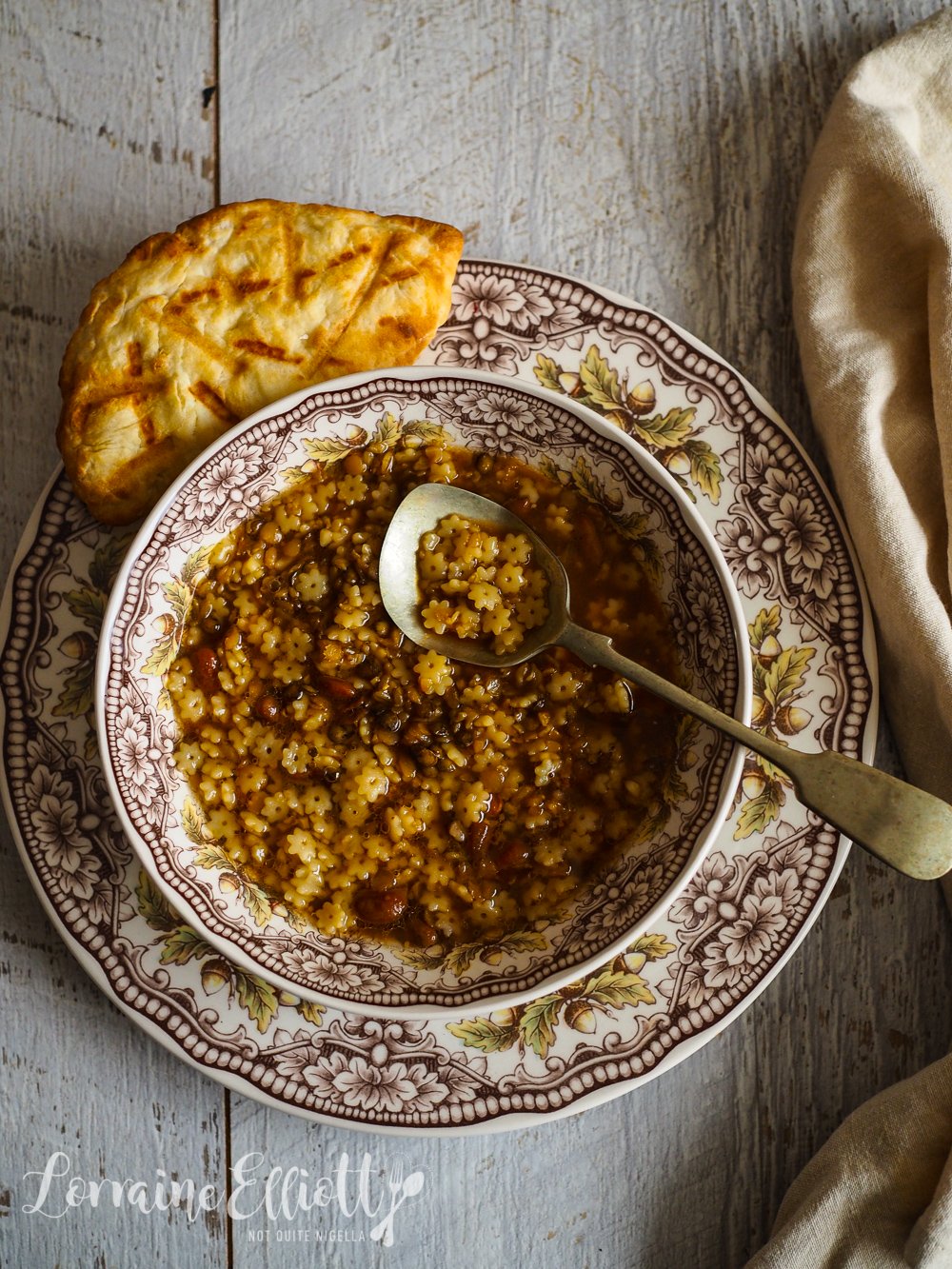 The roast potato and rosemary bread idea came from Johanna who made a sourdough version. Having murdered my sourdough starter Kevin through neglect I made this a regular no knead loaf with big chunks of salted golden roast potatoes generously distributed throughout. I tend to make potatoes as if a famine were imminent and always overbuy on rosemary to decorate food at Christmas. If you love carbs this makes for a fantastic toasted sandwich for sandwiches (ham or roast turkey sandwiches anyone?). Nothing goes to waste which is one of my pet hates.

Speaking of frugality, we have one relative who is a rather quirky present gifter. She loves designer things and will always notice if you give her something from a good brand. I'm actually quite fond of her - she's always the first to notice if you've gone to any trouble or expense and will always say something nice. 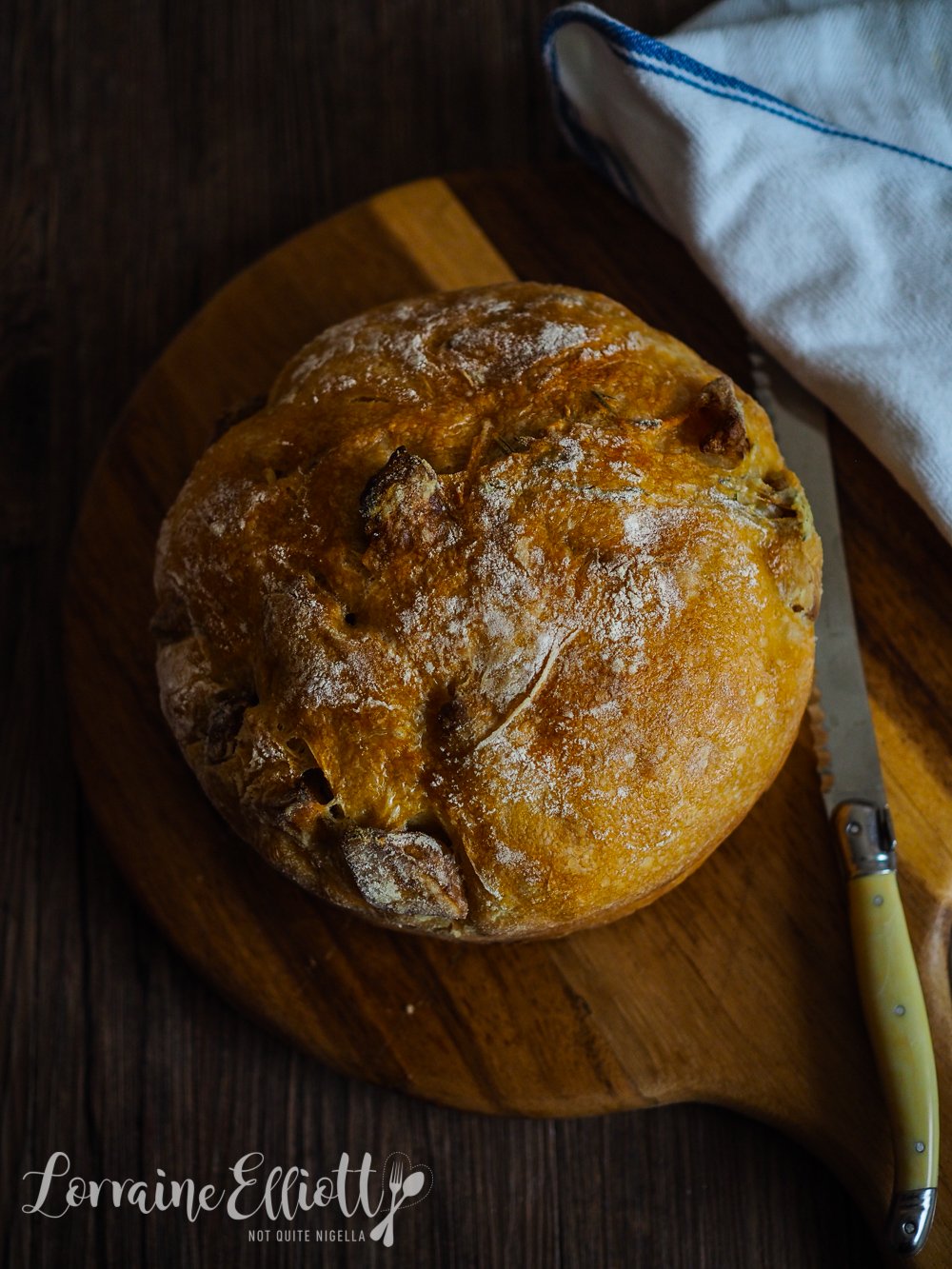 In terms of giving gifts, recycling is her preferred method. I've certainly re-gifted things to people that I think might like things especially since I get given a lot of things that don't suit my very particular taste.

This year she handed me a Chanel shopping bag and in it were two Chanel lipsticks. I was touched because she knows I use Chanel cosmetics. It wasn't until later that I opened them up to see that they had both been used! But really it's the thought that counts and I still love those colours. I just might sanitise them before using them ;)

So tell me Dear Reader, how are the leftovers going? Do you ever regift? 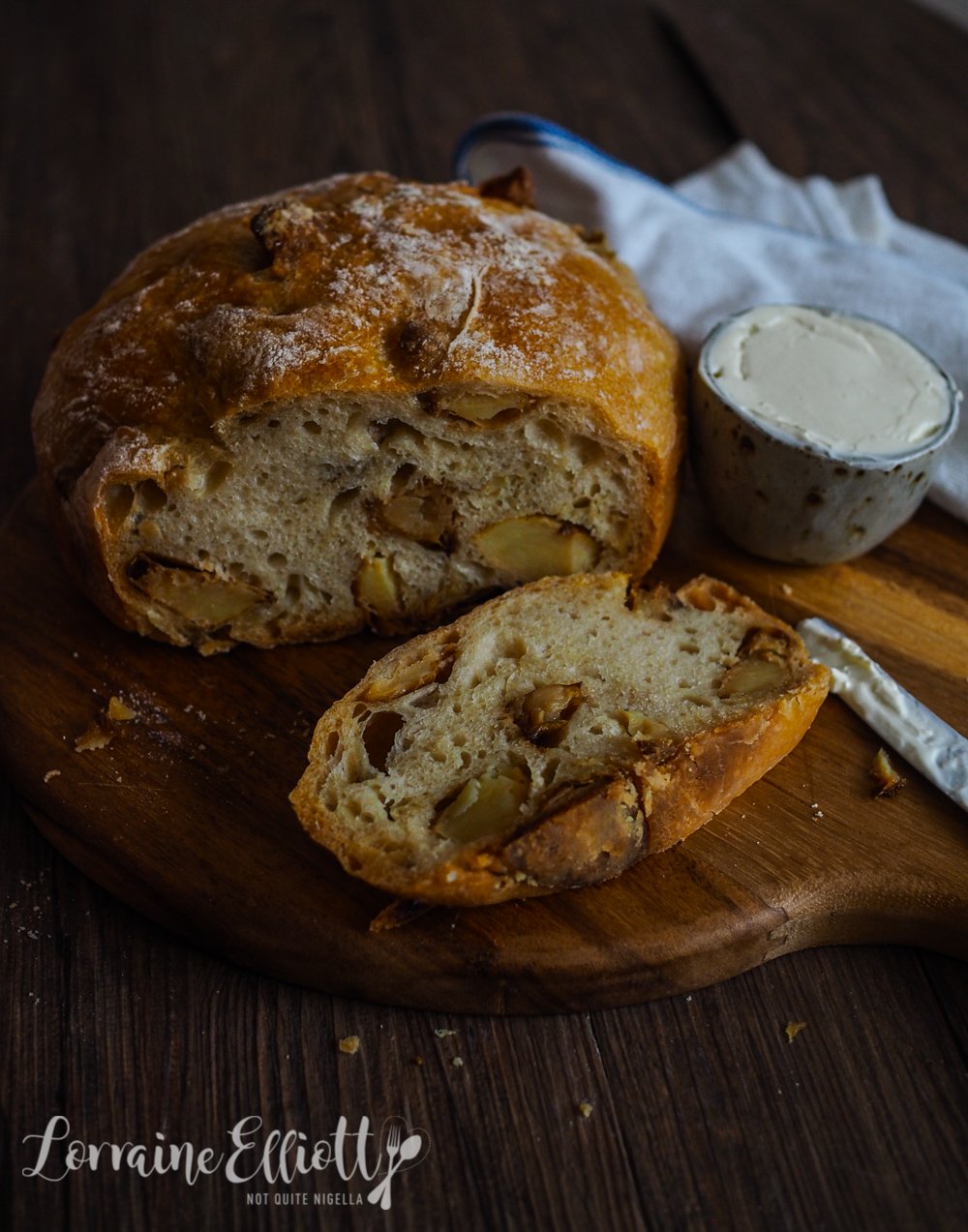 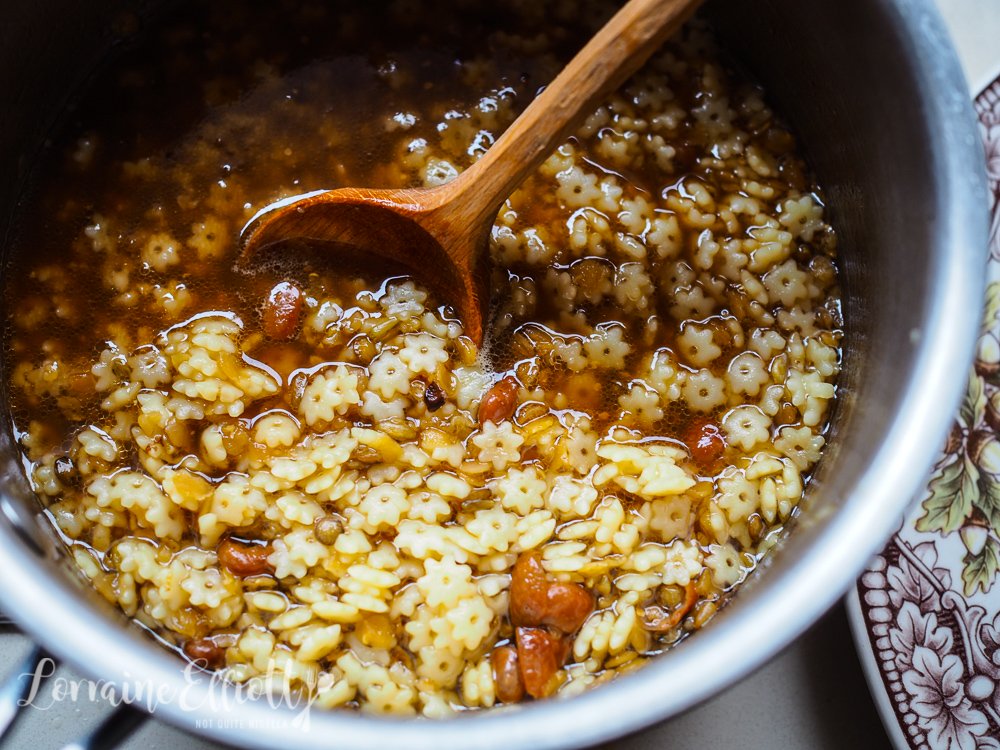 Step 1 - Cut up the ham rind roughly and then add to the litre of water. You can simmer this on the stovetop for 1 hour with the lid on or you can put it in the pressure cooker and cook it for 15 minutes. Add the pasta and beans to the soup and serve. You shouldn't need to add salt or seasoning as ham is quite salty already. 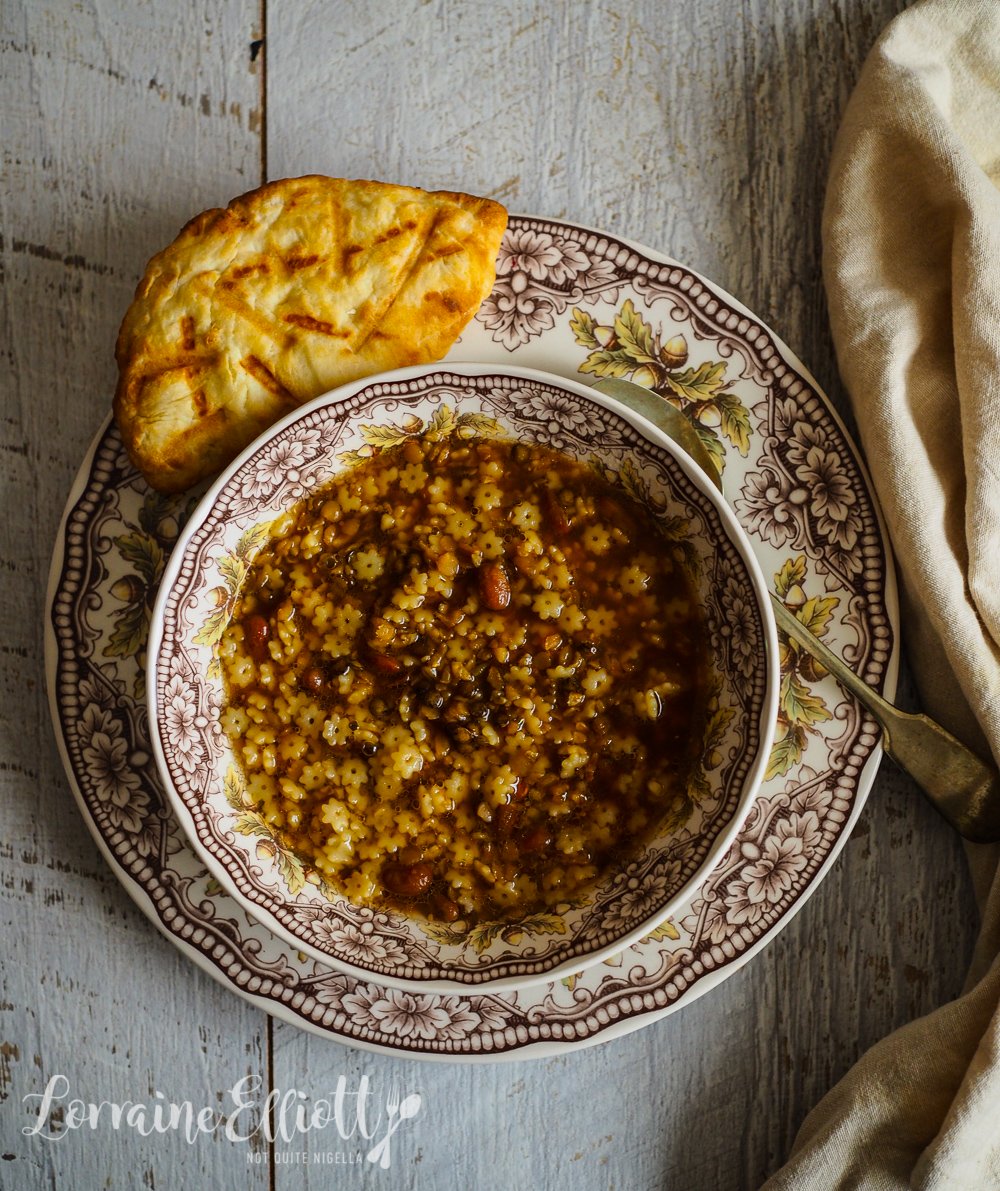 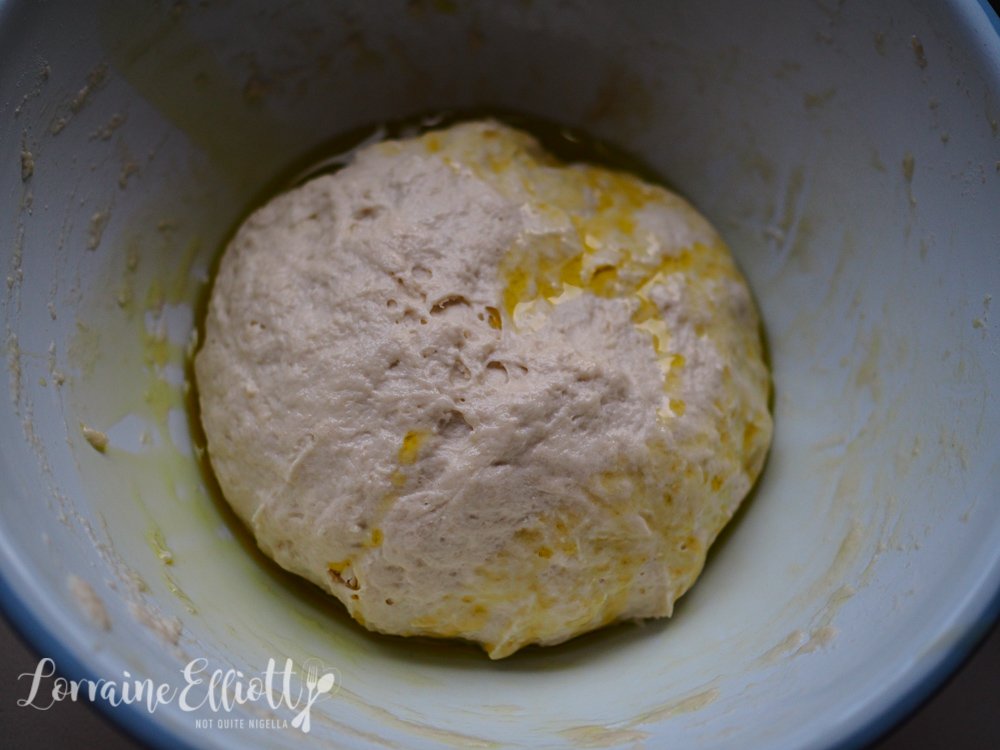 Before the first proof

Step 1 - In a large bowl mix the flour, water and yeast for 30 seconds to 1 minute with a spatula or wooden spoon. Form a wet dough-it will be very wet and that's fine. Grease another bowl with some olive oil and place the dough in it and cover with cling film and allow to proof at room temperature for 12 hours or overnight. It should have risen and become foamy. 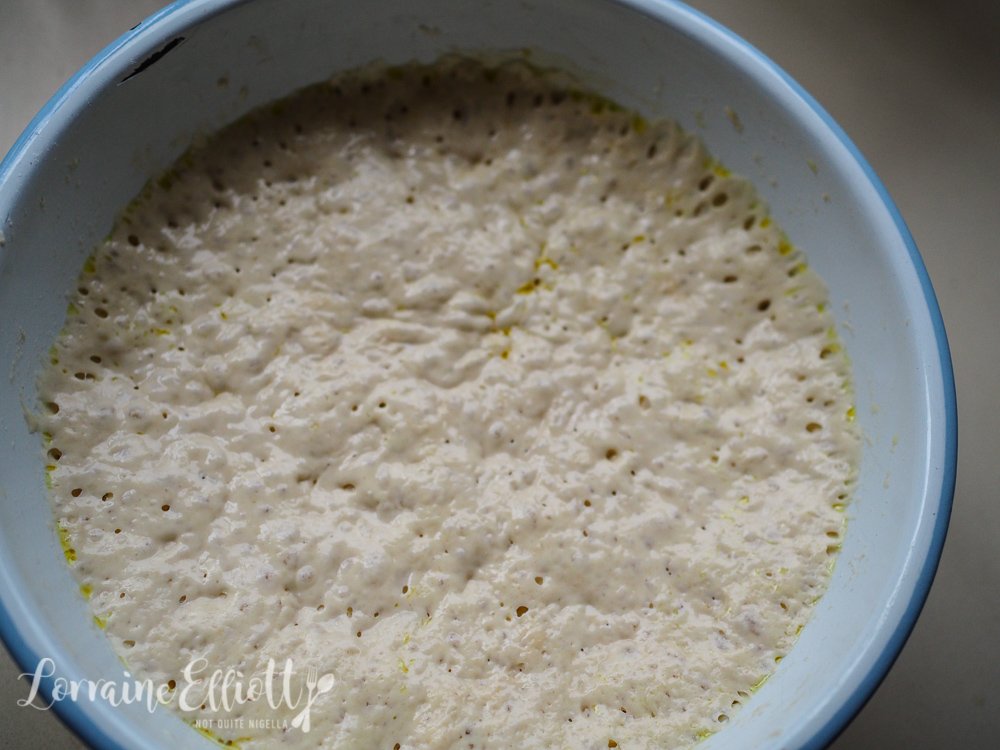 Step 2 - Add the salt, roasted potatoes and rosemary to the dough in the bowl. Generously flour a tea towel and place the mixture in the tea towel and shape into a round. Generously oil an oven proof pot with a lid and place the dough in this and rest for 1 hour with the lid on. Then bake at 240C/464F for 30 minutes. Then remove the lid and then bake for 10 minutes or until golden. 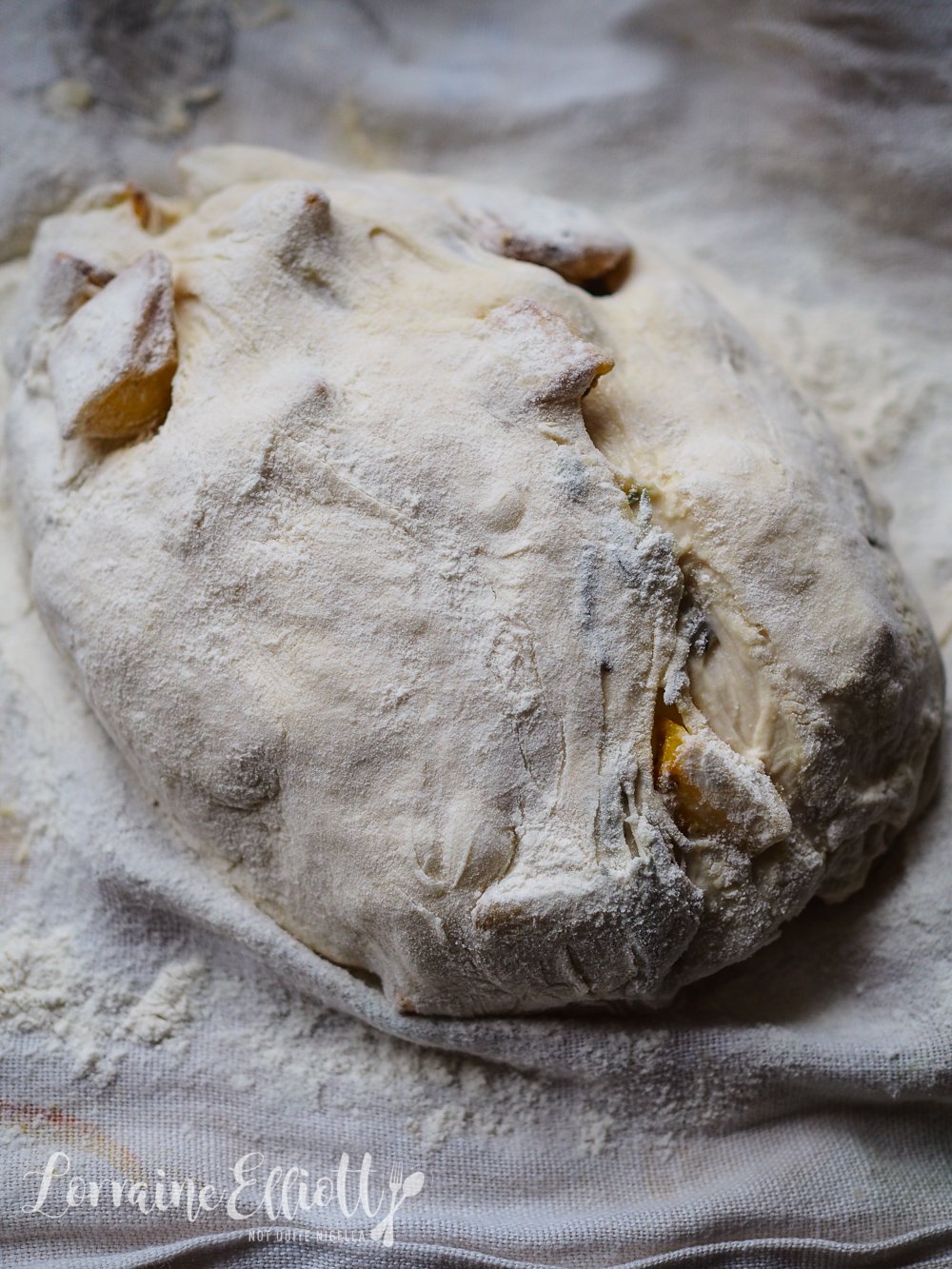