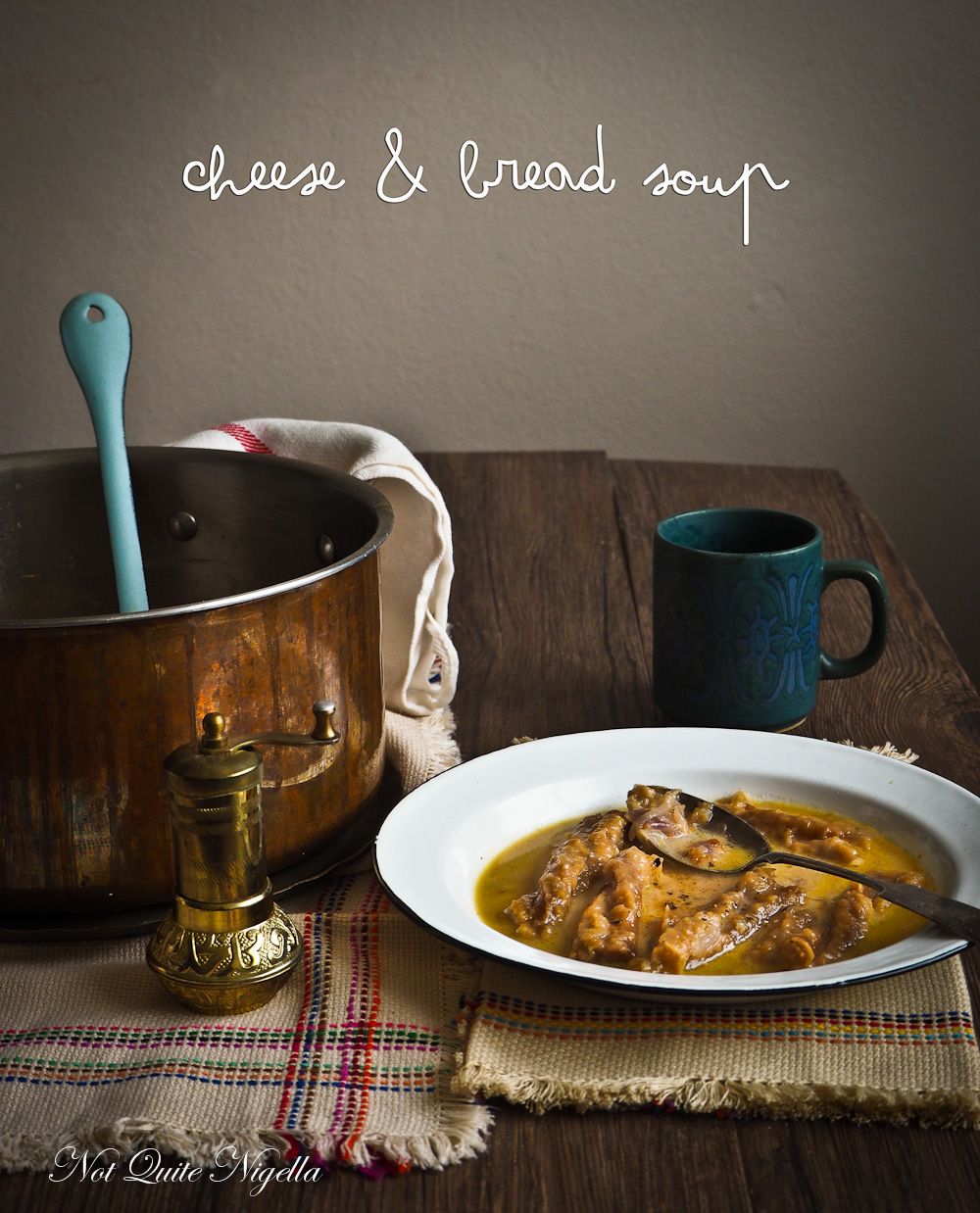 An incredibly delicious, hearty and cold soup, the pairing of cheese and bread is not a new one. But who knew that it could be this rewarding? A relative of the French onion soup, this is more cheese and bread than the French version. Bolstered by a rich combination of fontina and gorgonzola dolce, breadsticks cook down in a golden chicken stock creating a warming and utterly delicious soup.

Do you know what I love about you Dear Reader? Is that you're insatiably curious and fun. I had an inkling that you would be as interested in the Tinder dating escapades of my friends Belinda and The Wizard and indeed you were. Some of you even suggested that they should get together as a couple! Well I need to give you lovelies a little update on Belinda's situation (with her full permission of course).

After being on Tinder for about a month, Belinda swiped right (aka yes) to one guy that caught her eye. We'll call him Ringo because he is originally from England. It was during a night where Mr NQN and I swiped right on the oddest of men but it was when she came across Ringo's picture that she quietly said yes. Seconds later it was a match and they started talking.

There was an immediate attraction between Belinda and Ringo. They are each other's physical type and Belinda confessed that his job was also a factor that played in his favour. I'm not allowed to say exactly where he works but he has a powerful job that fulfils many of Belinda's fantasies. She showed us some of their very steamy messages and it was after our day chasing gelato around Sydney that Belinda and Ringo first met. Clearly she is much more ready for things because after that day all I could manage was a nap in the car home. 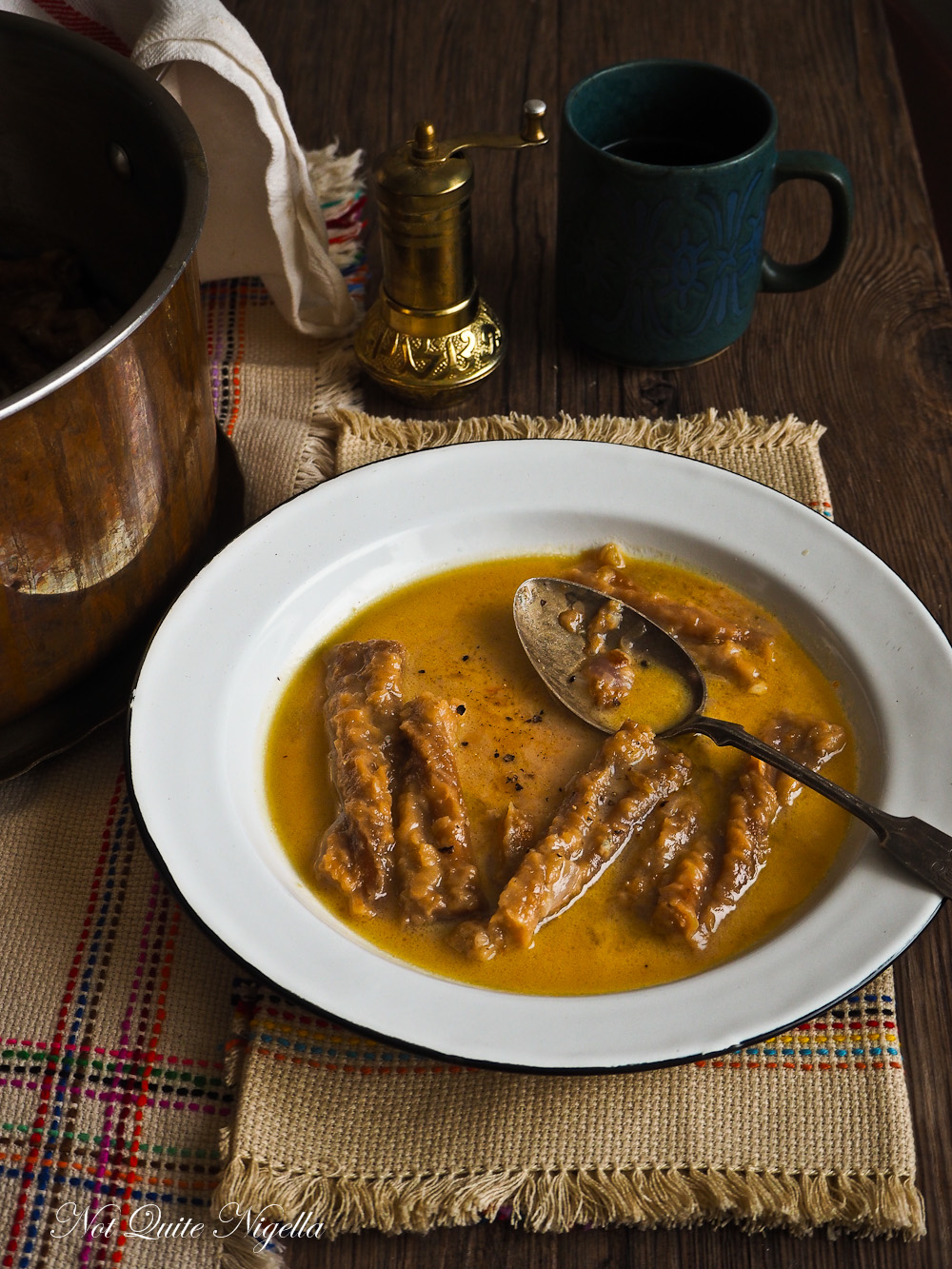 Things progressed and they now have an arrangement that she dubs "FWBF" or Friends with Benefits Forever. Once a week they meet up and have some fun and they seem to have hit it off quite well indeed. So much so that Ringo is now off Tinder. Belinda is still on it but only for her married friends (like me) to play with. Who says Tinder can't have a happy ending? I hope that the FWBF situation works out but she has warned Ringo that should Ryan Gosling or Charlie Hunnam come knocking, he will be flung aside unceremoniously.

I can think of a Friends with Benefits situation that I could be part of. If anything would be friends, it is cheese and bread as they go so well together. We ate a delicious soup in Italy that I wanted to replicate. Alas there was a bit of a language barrier and I wish I spoke Italian but all I knew was that there was cheese and breadsticks and onion and it reminded me a bit of French onion soup with strands of onion in it. Someone suggested that it was a dish that made the most of bread to create an economical meal. Of course these people are not buying Italian breadsticks and Fontina cheese in Sydney where our prices are a little different!

But I'm being fussy because this really is an incredibly delicious soup. Full of flavour, it is one of those soups that is bold enough to become a meal or in smaller, more judiciously ladled portions, a starter. The cheese that you use determines the strength and character of the soup. I had fontina and gorgonzola dolce in my fridge so I used those. But the really interesting thing is the texture of the breadsticks. They're vaguely reminiscent of pasta but firmer. You can cook them as long as you want. I didn't want them soggy insofar as I don't like my pasta soggy so I stopped these just when I liked the texture of the breadsticks. Mr NQN ate it hungrily and polished off three serves of this. I fought for my one serve, eaten while there were no disturbances in the early evening to take the chill of an unseasonably cold Autumn day.

So tell me Dear Reader, do you think you could go into a FWBF arrangement? Do you know anyone that has successfully done so? And what makes a good friendship? 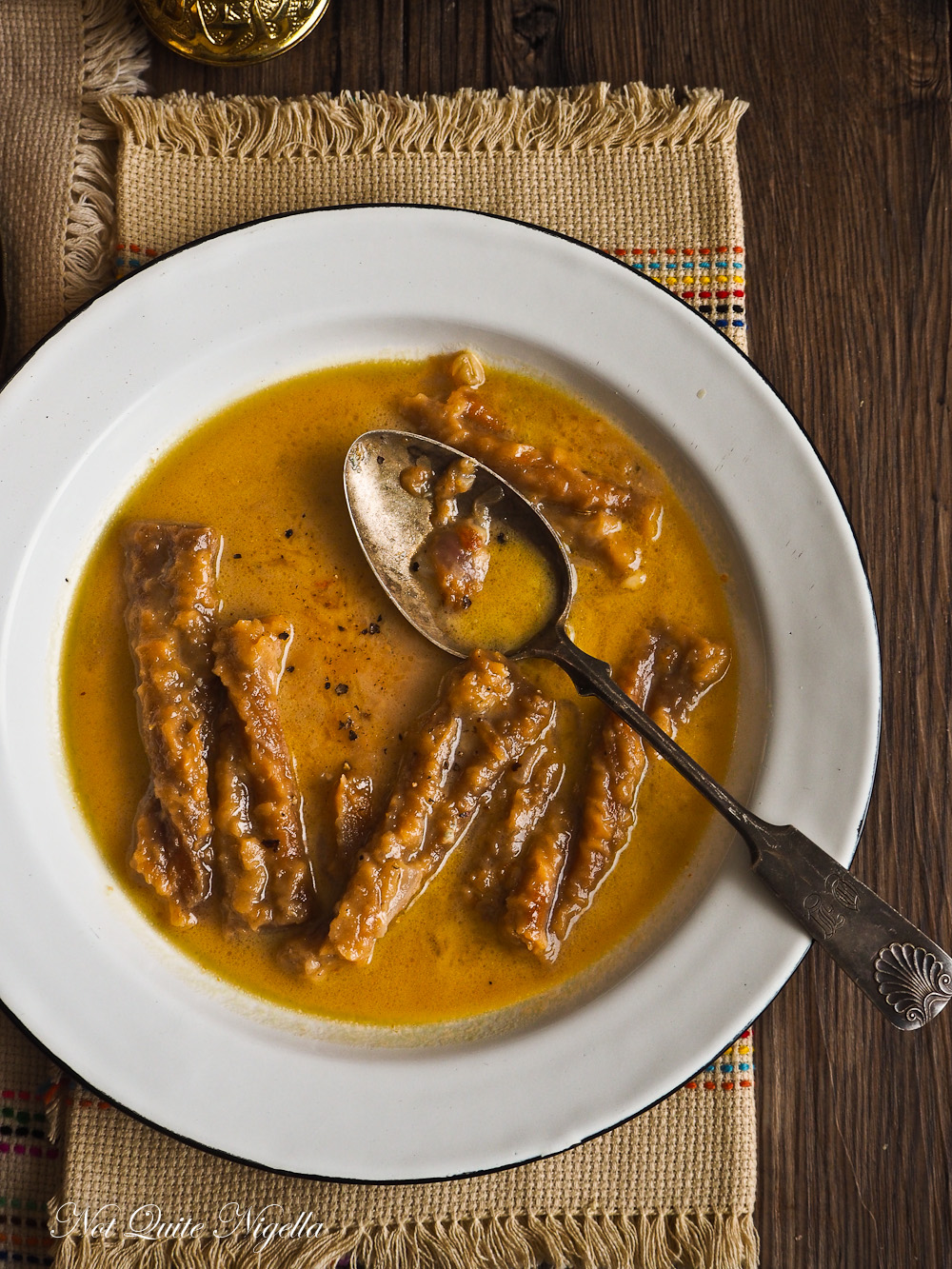 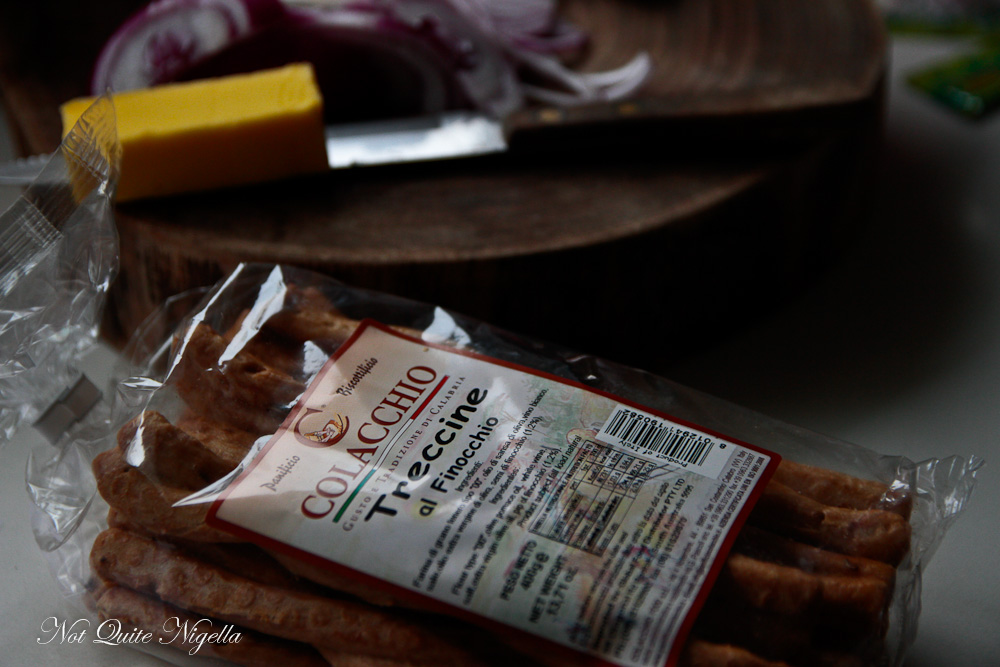 Step 1 - Heat a pot on medium to high heat and add the butter and melt it and then add the onions. Turn down heat to medium and cook the onions until soft - add a bit of water if it starts to stick to the pan. Add the breadsticks (break them if they're too large) and the hot chicken stock to the pot and bring to a boil and then simmer for 15 minutes. 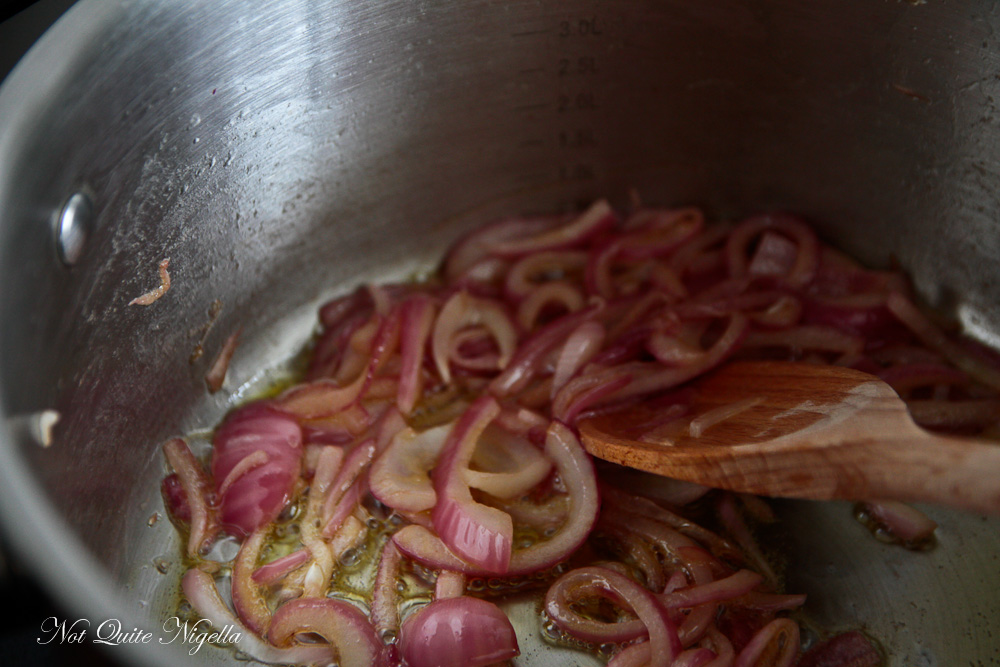 Step 2 - After 15 minutes, add the cheeses and keep simmering for 20-30 minutes or so or until the breadsticks are softened and at a texture that you like. Season with salt and pepper and serve.