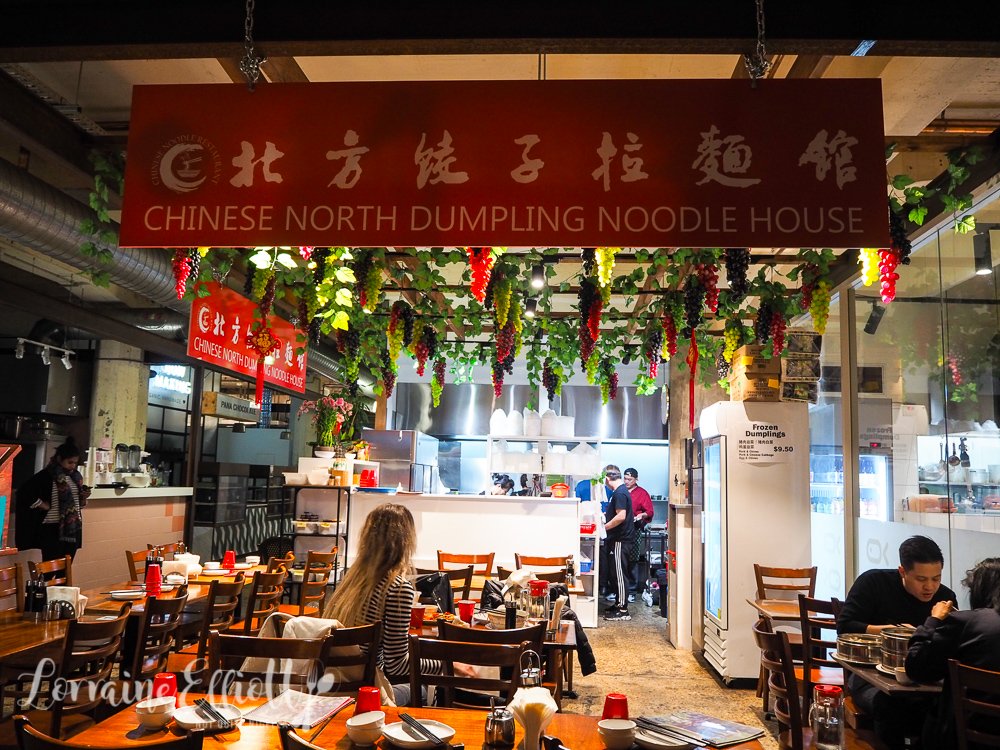 When I was a kid I was asked for a class project to come up with a name for a business. I chose a name that reflected the things that we were selling 'ice cream lollies and chips". I feel like that's sort of how they came up with Chinese North Dumplings Noodles in the Fountain Centre in Alexandria. 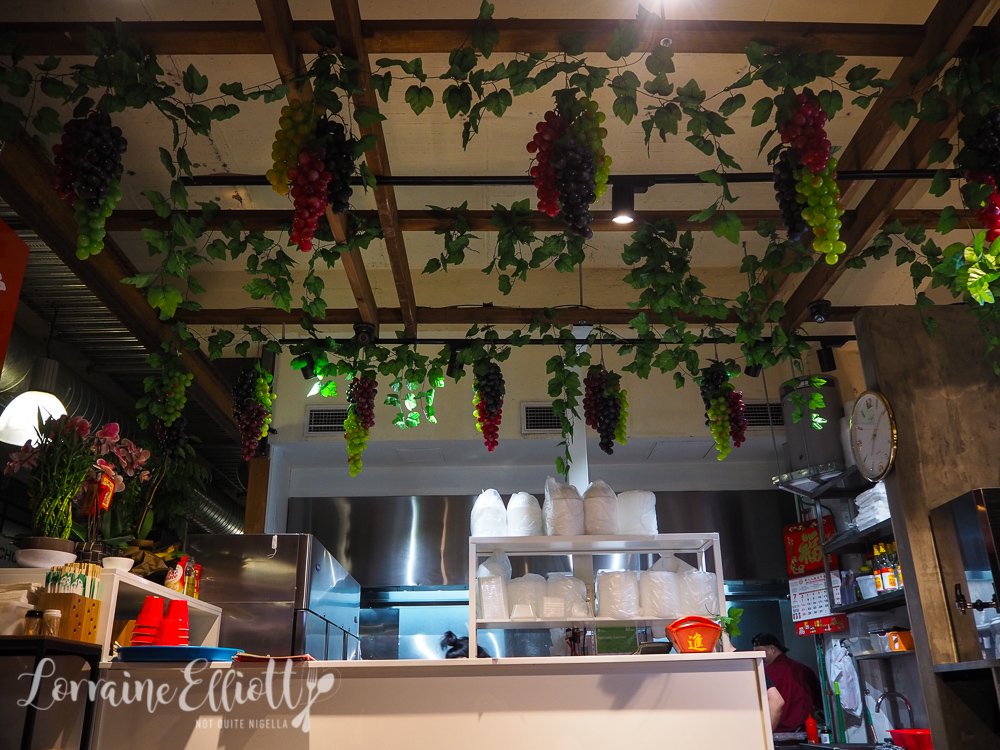 It was a recommendation from Ivy who lives nearby. Her husband Ryan doesn't like dumplings (shock and yes they are still married but then again I married someone who doesn't like cake and that SHOOK me) so we save it for a girl date when he is away. 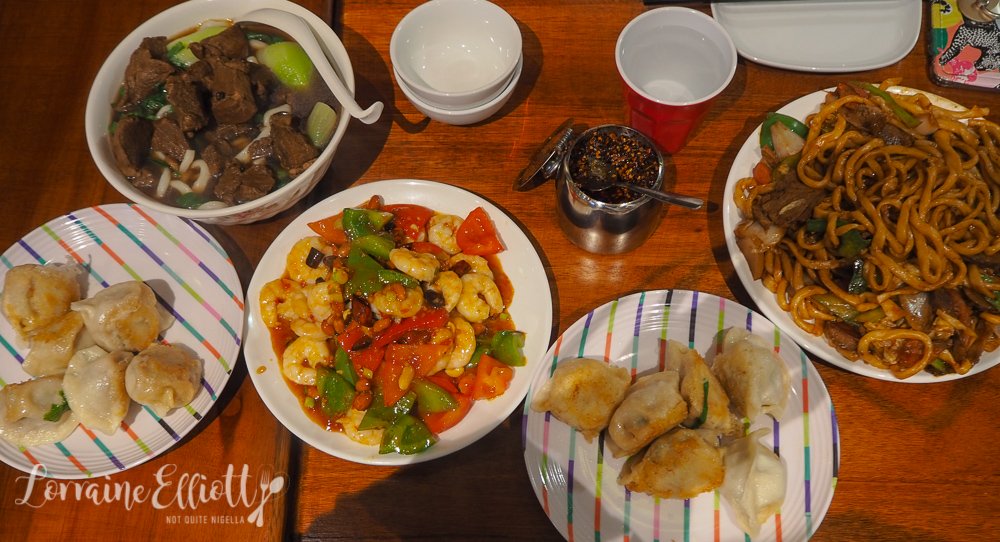 Chinese North Dumpling Noodle House is located right opposite Bread and Circus although that is closed at night. It does a furious takeaway trade with people waiting for their orders on their phones. They hand us a picture menu which makes things easy for choosing. But what the pictures don't indicate is how large the servings are. I mean they are massive. They almost don't believe that two gals can eat that much but hey we do mean takeaway too and another staff member surreptitiously snaps a pic of our table laden down with food. "Maybe he's worried we will do a runner or maybe he's never seen that much food on a table," I whisper. 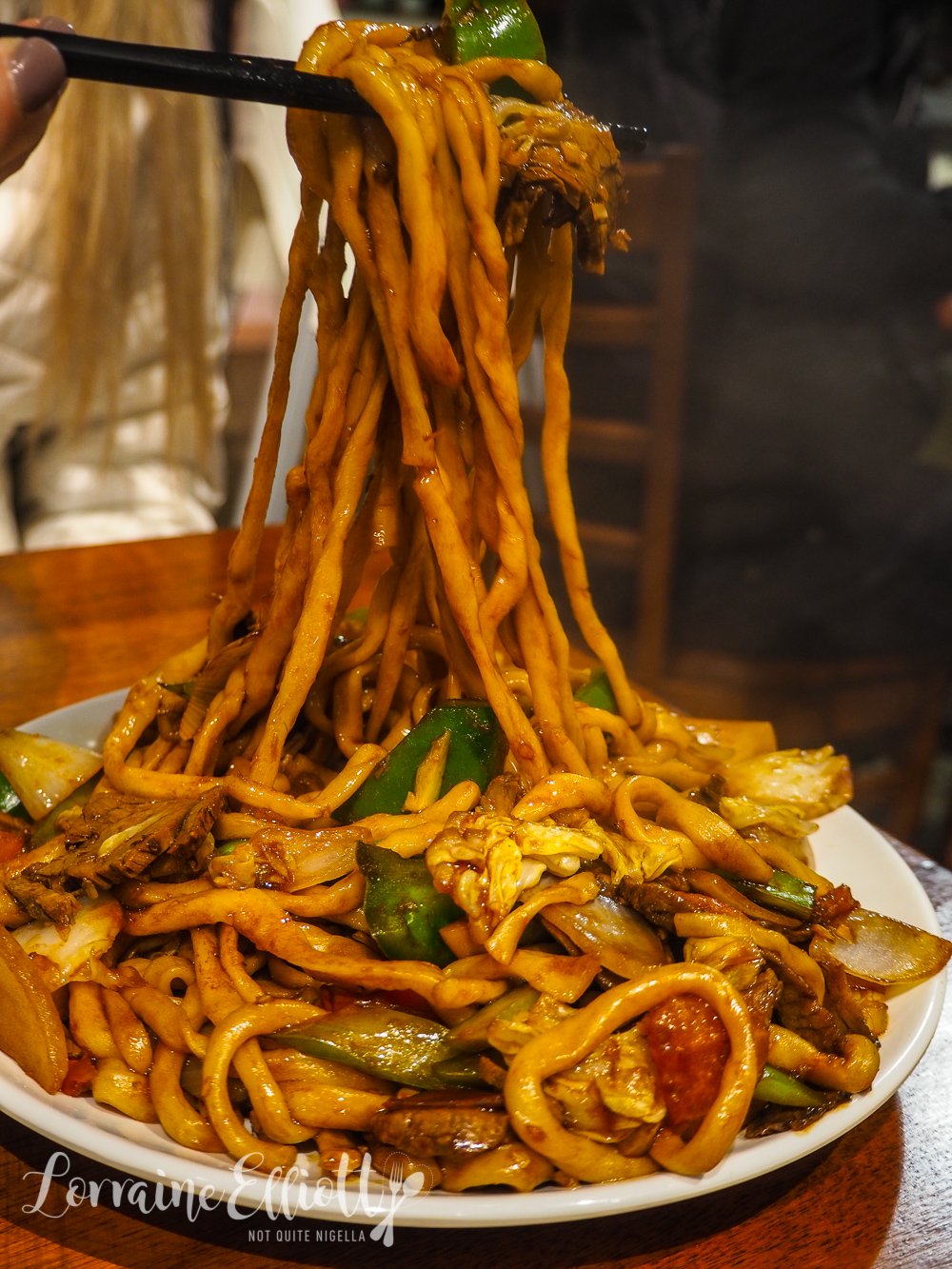 We start with the noodles. They're the first dish to hit the table and they are the Xinjiang noodles with a choice of chicken, pork, beef and seafood. We go with the waiter's recommendation of beef which is a good one as the beef is super soft, almost like a stewed secondary cut sliced thinly. As for the waiter, he's efficient but polite and a little brusque and you know he has no time for our questions. 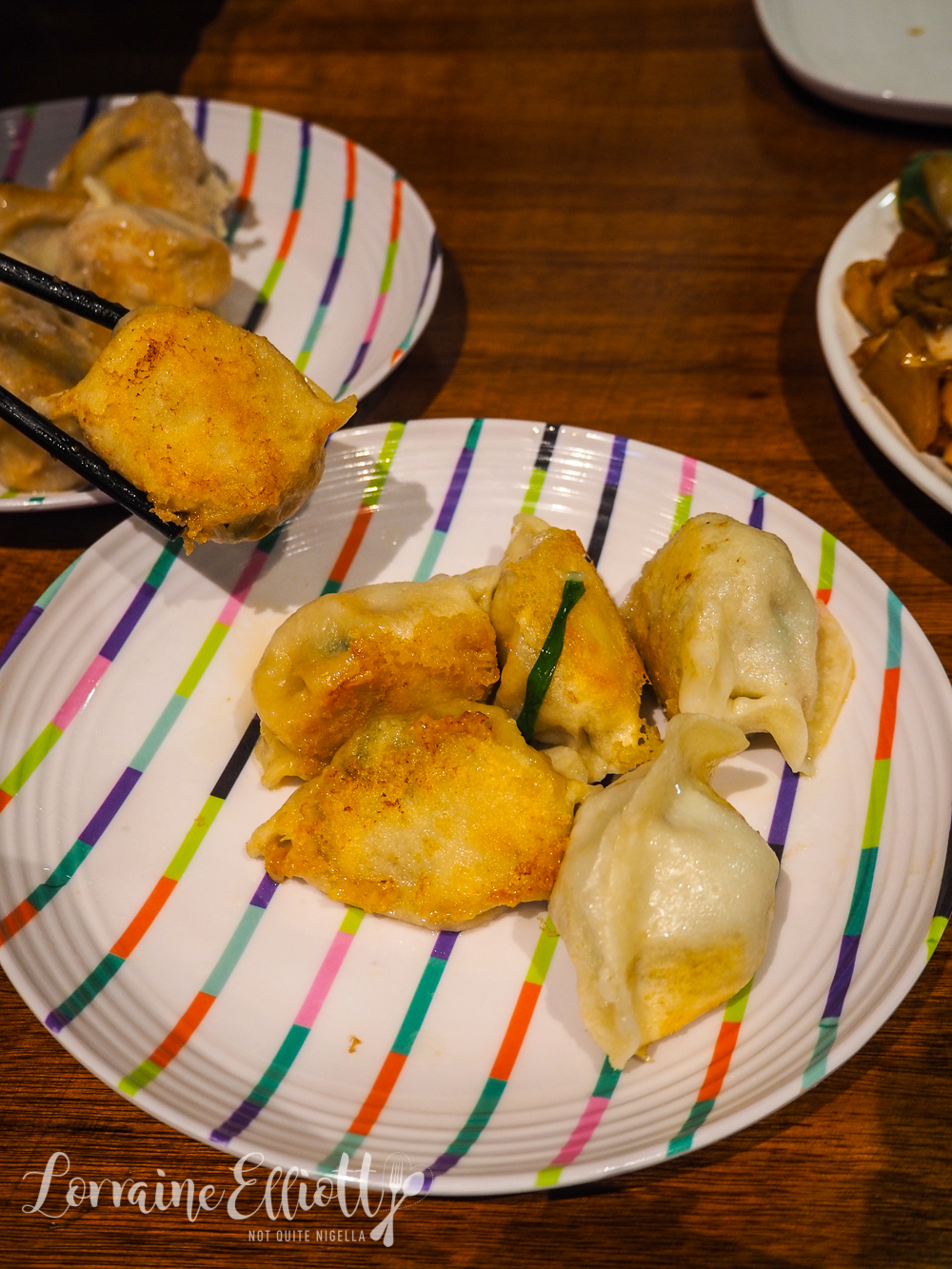 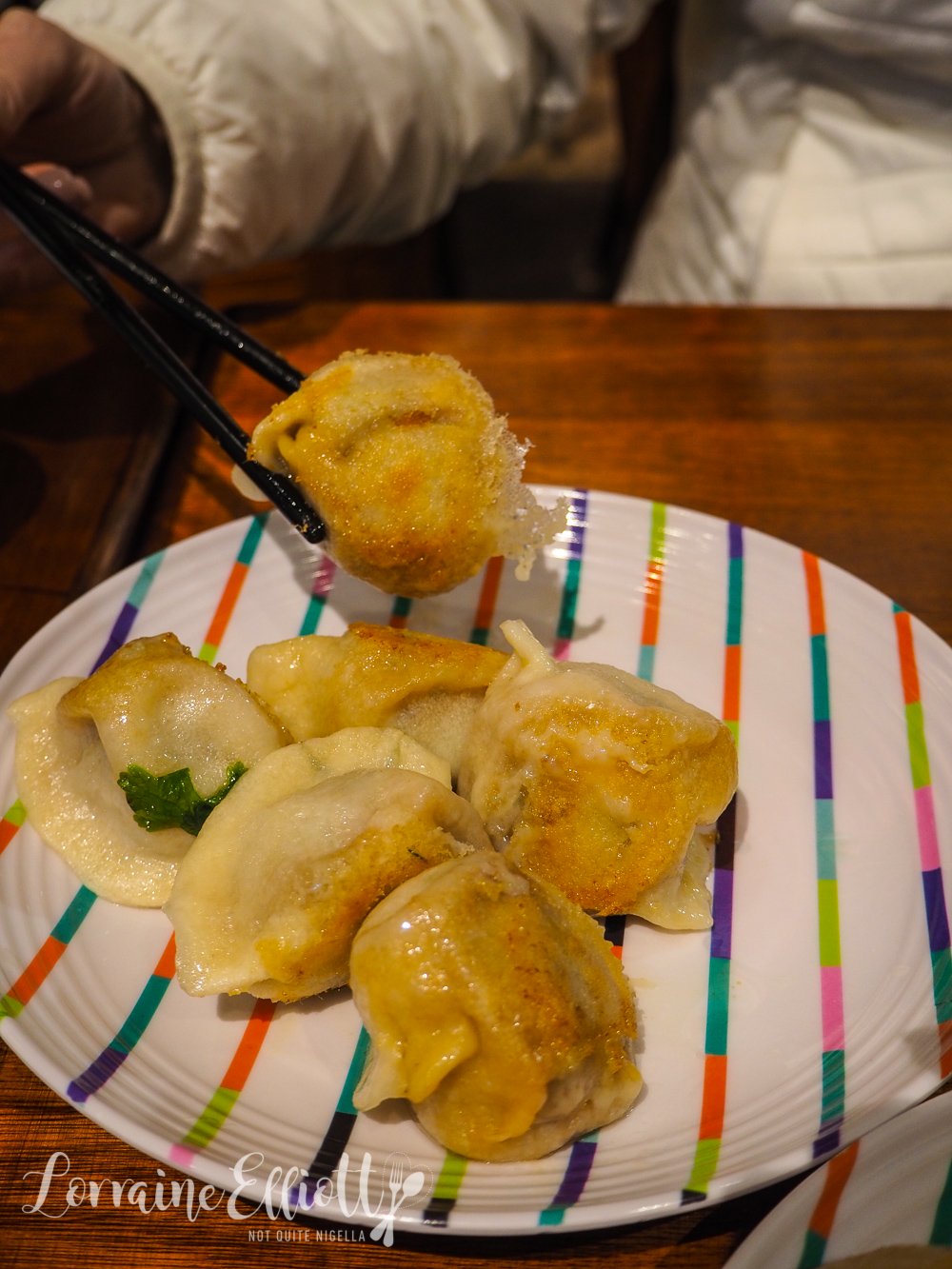 The two pan fried dumplings come out next - I chose pork and fennel and chicken and chive (we chose two varieties for maximum sampling). The fennel is strong and I prefer these to the chicken and chive. 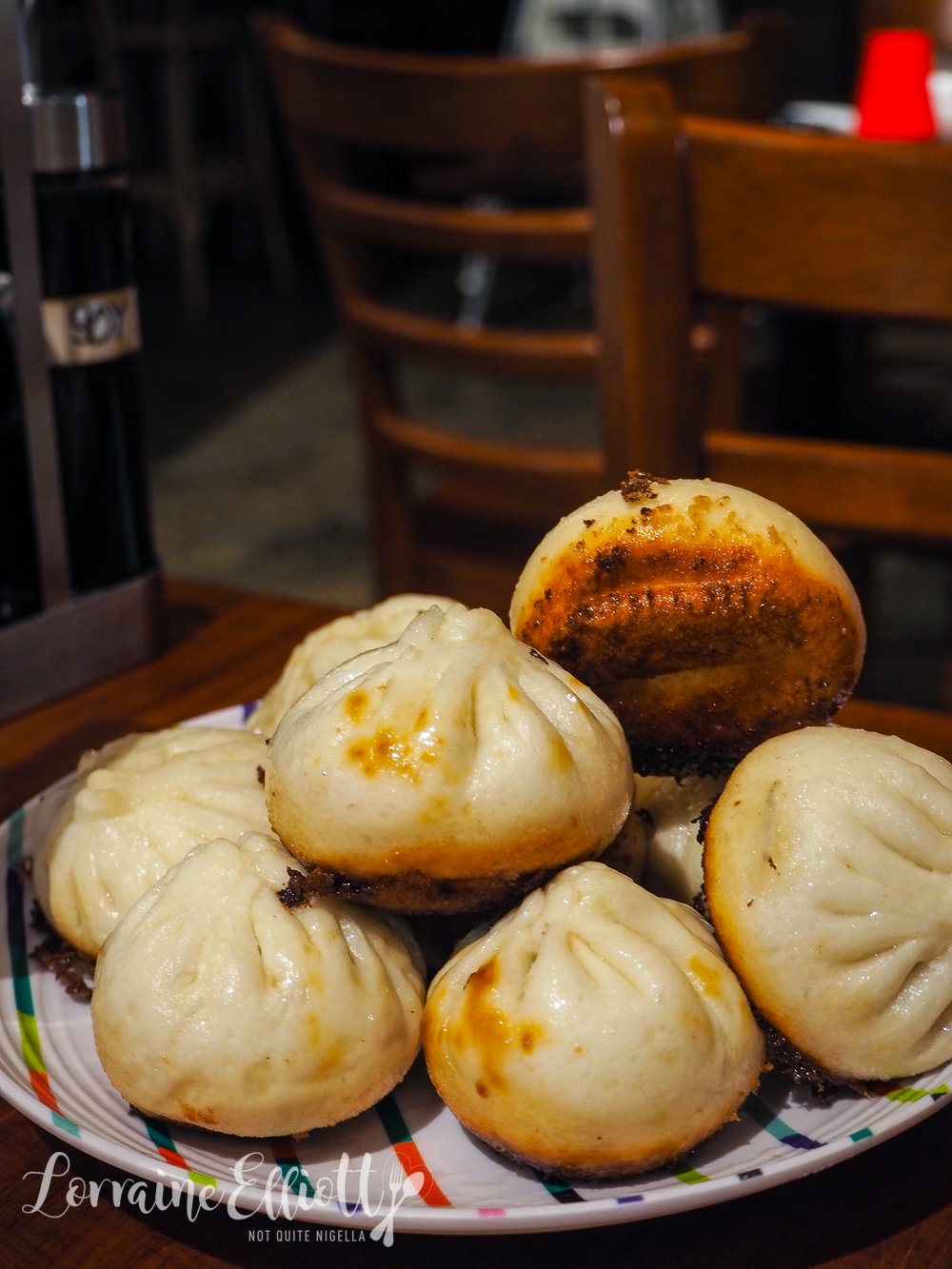 Better still are the pan fried buns, all puffy with lovely crispy bottoms and a pork filling. They do need a bit of pep from the vinegar and chilli oil. 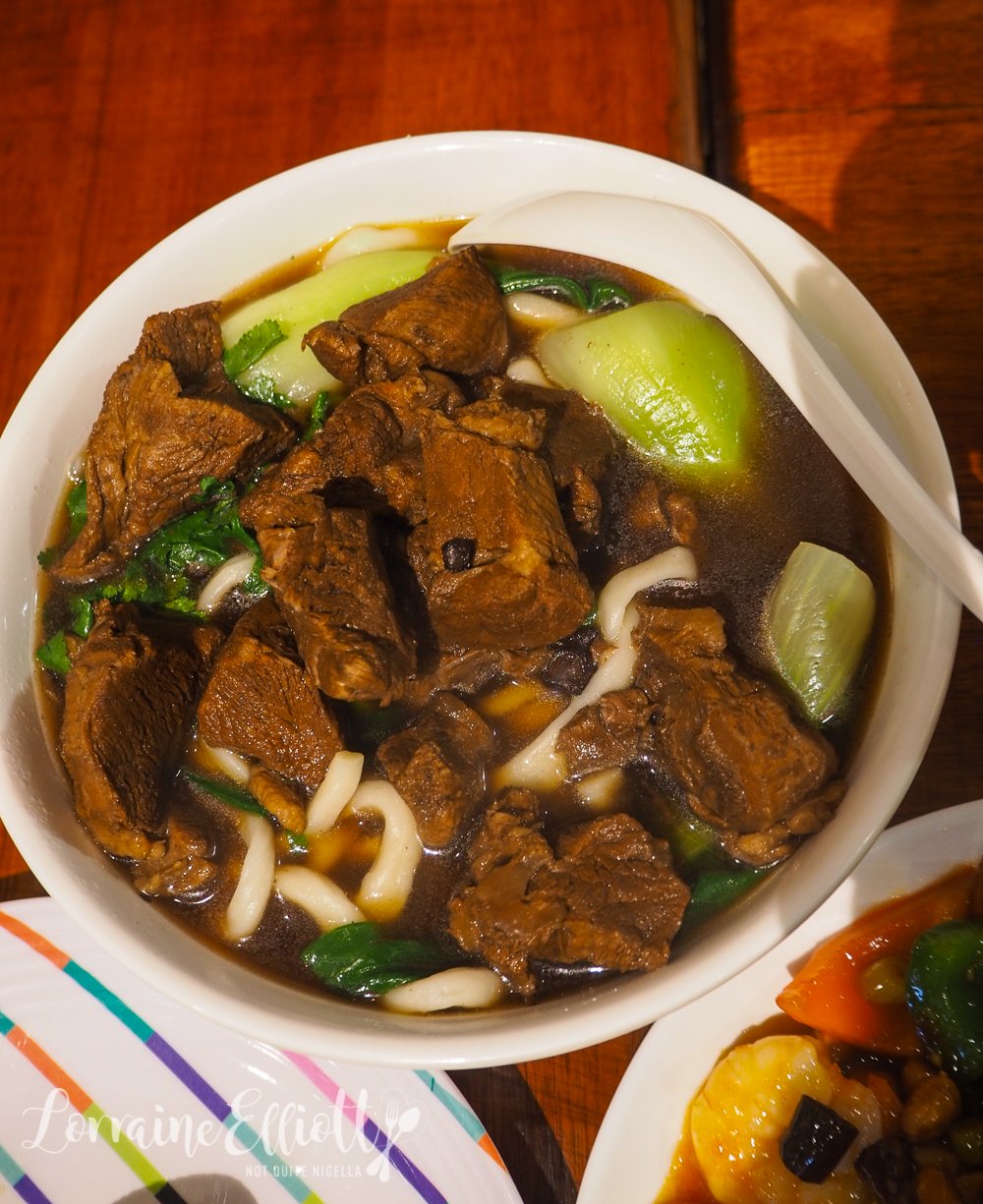 The beef noodles come in a cavernous bowl that could easily feed two people. They're a bit milder in flavour than the rest of the dishes and I could easily take or leave them although I think I'd be tempted to tinker with these with the seasonings. The beef is a little firm, I prefer it a bit more melting in texture. 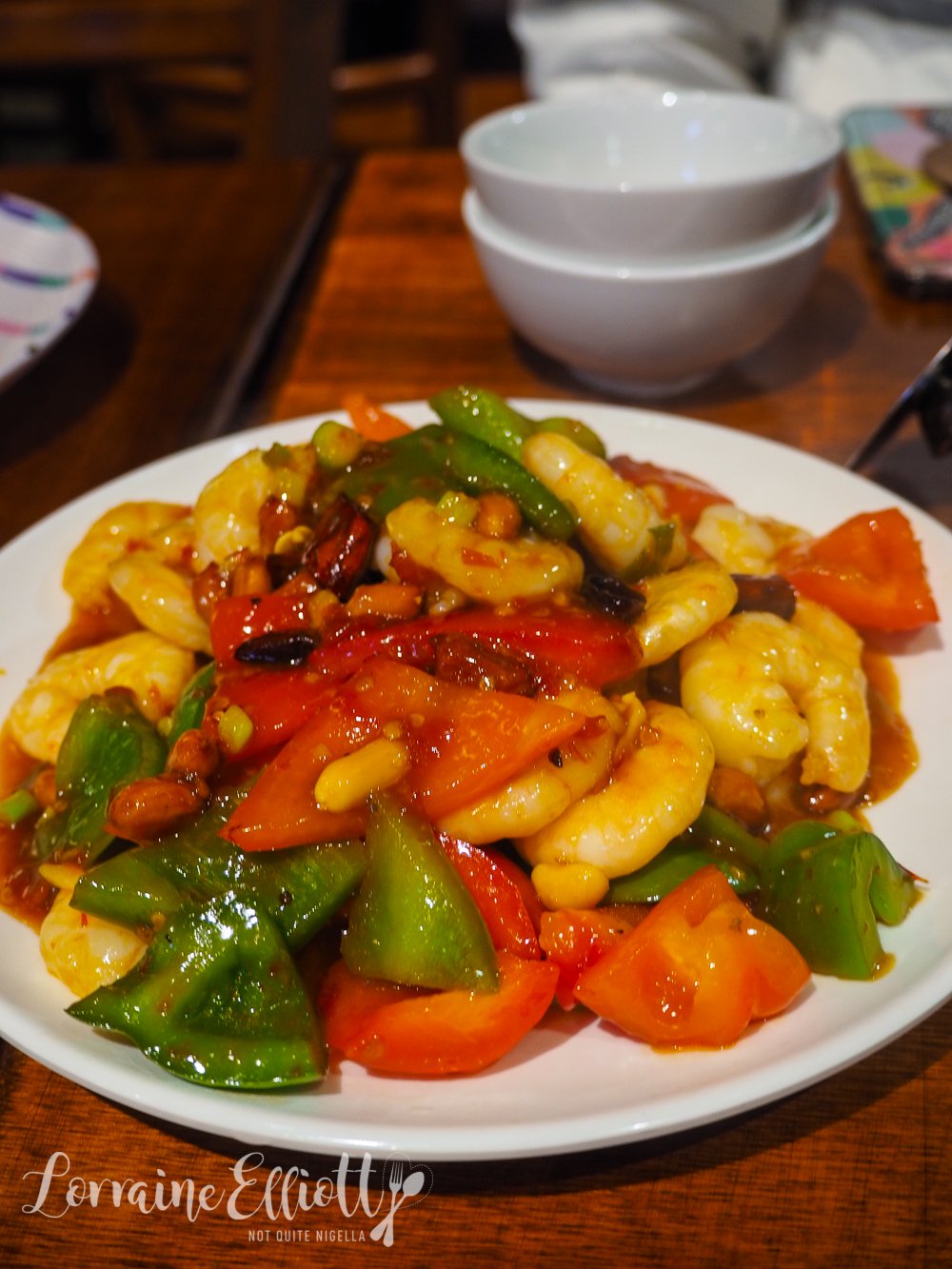 We ordered prawns kungpao and this too is a very sizable dish with a lot of prawns and capsicum to it and a sweet and sour style sauce with a bit of spice to it. As it is, I dip the noodles in it for a bit of extra flavour as the food does seem a little under seasoned with some dishes. 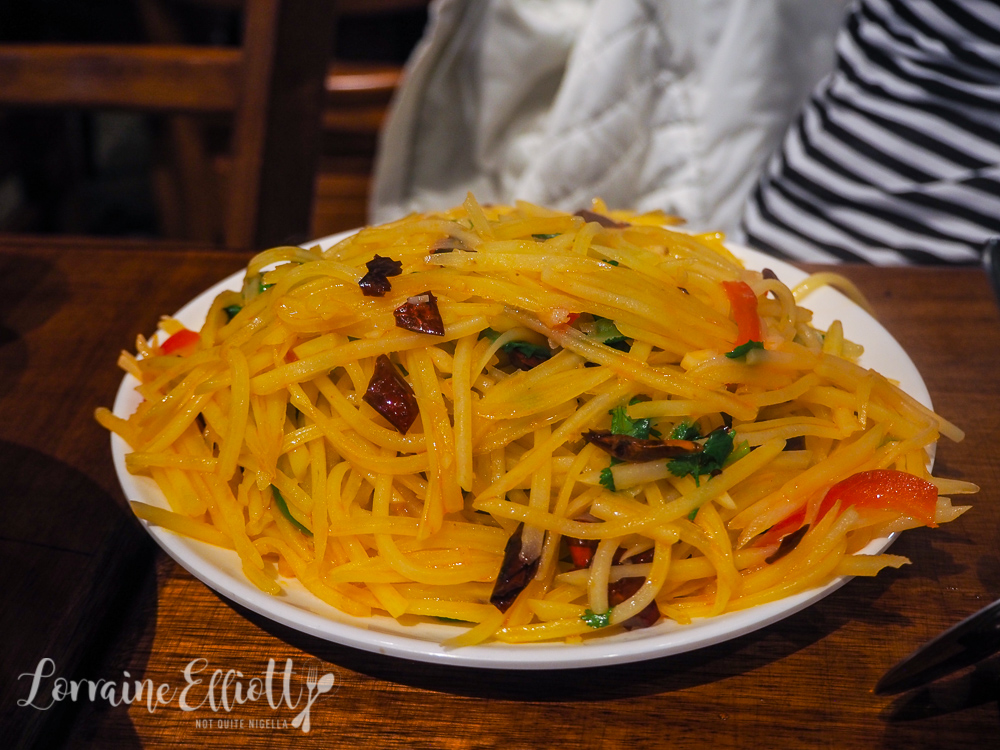 The potatoes were my pick. I had eaten these potatoes in Yangshuo, China and wondered why they weren't more popular here (probably because most Chinese restaurants here are Cantonese). But really these potatoes are so addictively moreish. They're julienned potatoes that are cooked so that they still have some bite to them, much like stir fried carrot or similar. They're served with dried red chillies and are just so damn moreish. I've converted Ivy who would never have ordered these.

The bill at $42 a person is ridiculously cheap considering we had enough for 7-8 containers worth of takeaway!

So tell me Dear Reader, is there a food you just don't like that others close to you do? And do you tinker with dishes like dipping them in other sauces and mixing foods?