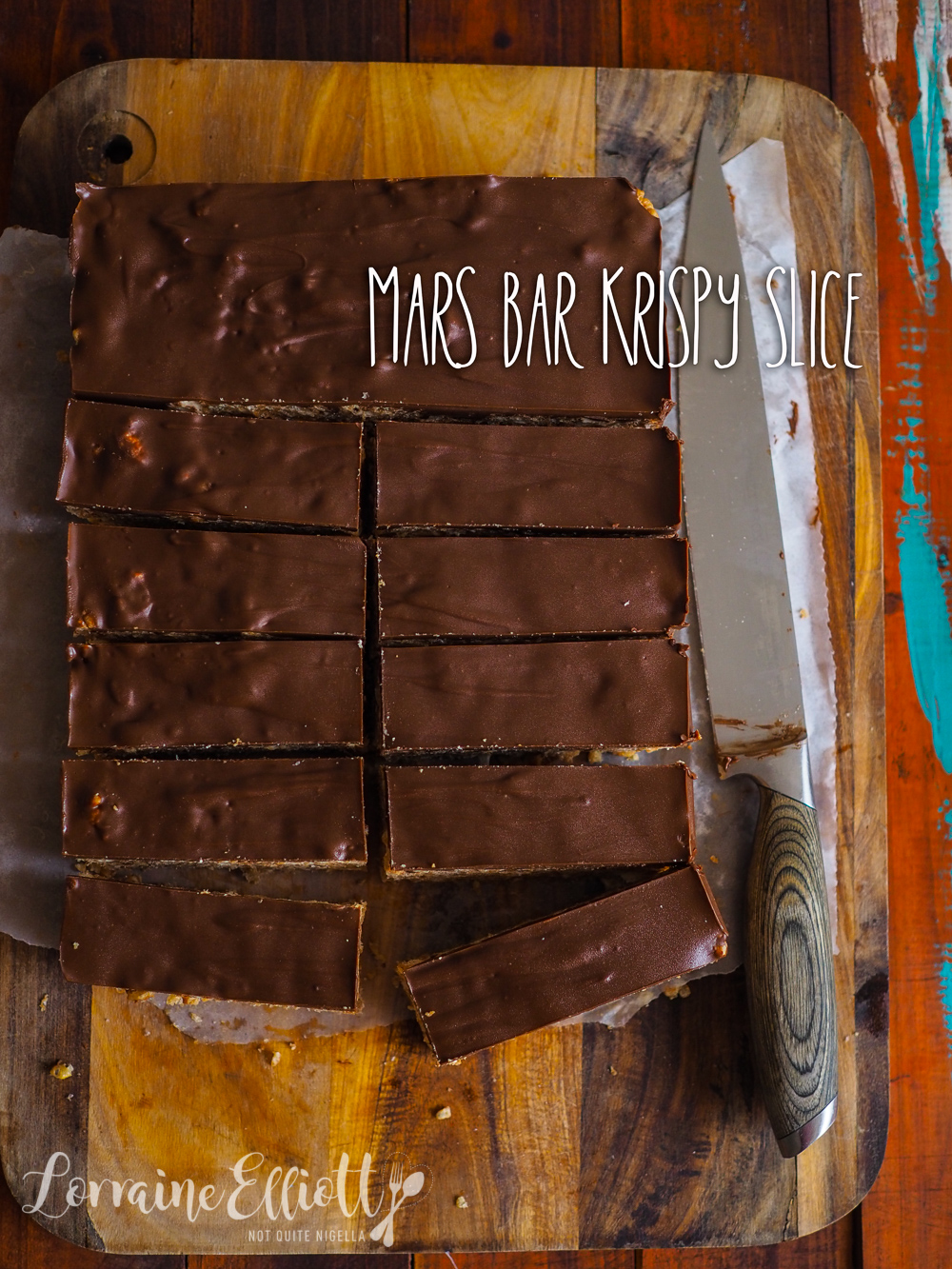 This Mars Bar slice is simplicity itself with the entire prep time in 15 minutes or less! It's a twist on the classic Mars Bar slice in that I also add marshmallows giving it a rice krispy bar texture. Dear Reader, if you love rice krispy treats, this is a pushy recipe!

A while back I asked people if they would like a regular series based on classic Australian slices and the answer was a resounding yes-hence the Slice, Slice Baby series was born! The great thing about slices is that they're very easy to make and feed a lot of people. The chocolate layer is also thick, just the way I like it too.

As I mentioned this Mars Bar slice differs slightly in that I also add some marshmallows to it making it a Mars Bar Rice Krispy treat slice because I had an enormous bag of mini marshmallows that needed using. Dare I say it's even better this way but the proof is in your opinion Dear Reader.

Speaking of doing things your own way, I recently invited Ivy to come along with me to an event in the Eastern Suburbs of Sydney. It was gorgeously styled setting with a water view and we felt like we were in Real Housewives of Sydney. 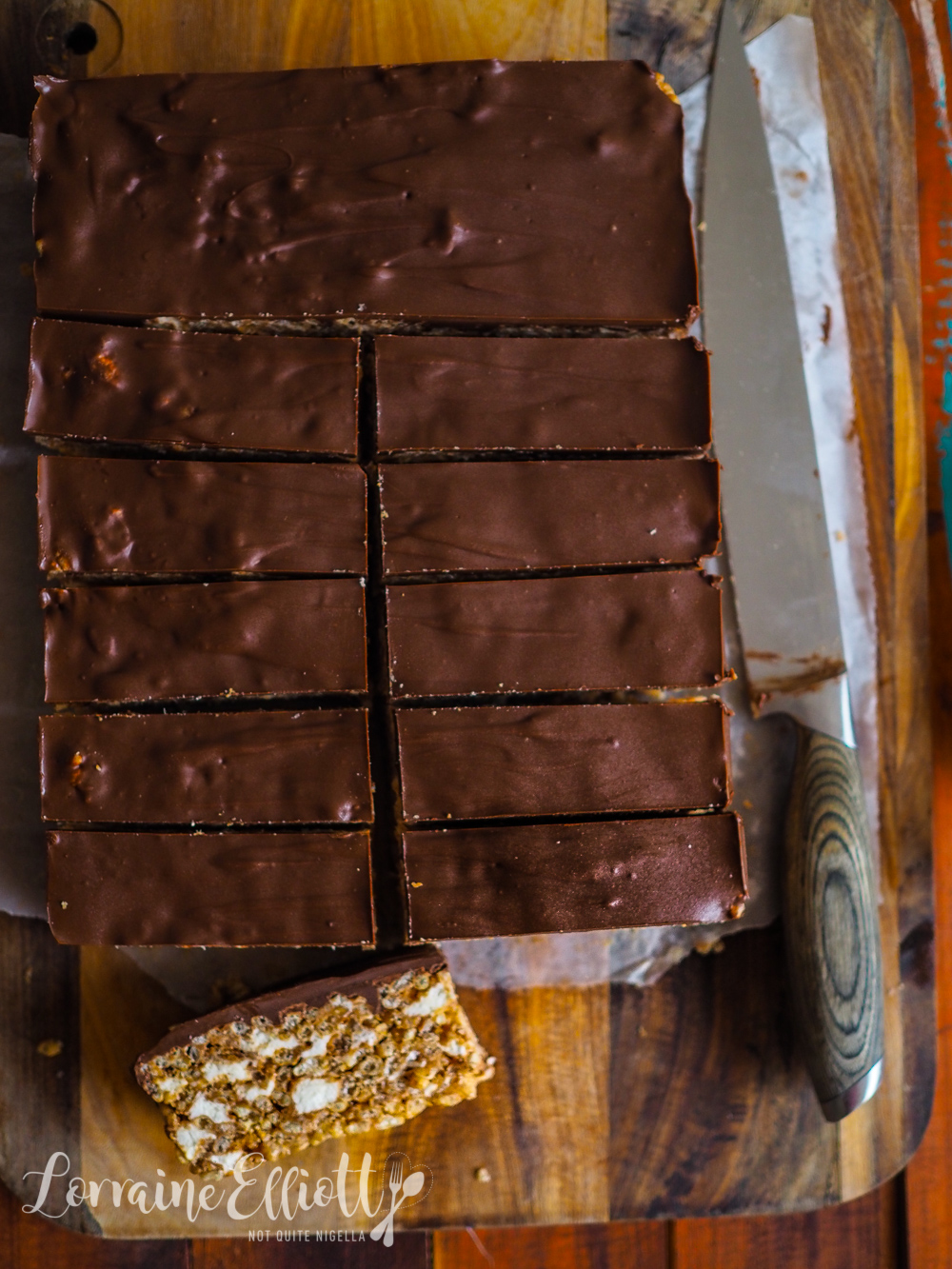 I turned to Ivy and asked, "What would your Real Housewives tag line be?". For those that haven't watched it, there's a bit in the intro where each housewife turns to the camera and says a tagline that sums up their personality.

Mine is easy and I've told Mr NQN that I want this written on my gravestone. It is: "I do what I want!". Mr NQN told me that it sums me up because I may listen to advice but I am so stubborn and single minded that I always end up doing what I want, much to his frustration.

Ivy thought about it for a minute before turning around and saying, "Hi I'm Ivy. I may look nice but I WILL F%^ YOU UP!!". That made me snort laugh so hard that I realised a) why we are friends and b) I would never make it on Real Housewives because I love a good snort laugh.

So tell me Dear Reader, what would be your tagline that sums you up? And please suggest any classic slices that you want me to make! 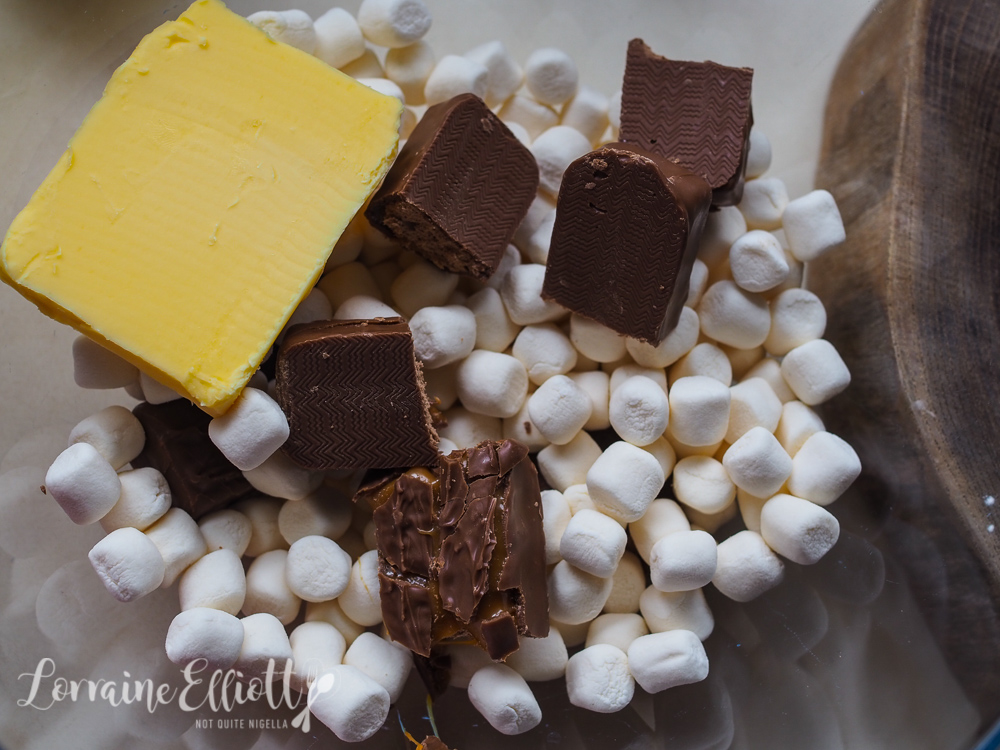 Step 1 - Line a 26x16cm lamington or slice baking tray with parchment. Melt the Mars Bars, butter and marshmallows either in a double boiler in a large heat proof bowl or in the microwave on 50% power in 30 second bursts (watch that the chocolate doesn't burn). You want the marshmallows soft and everything melted but the Mars Bars won't fully melt. 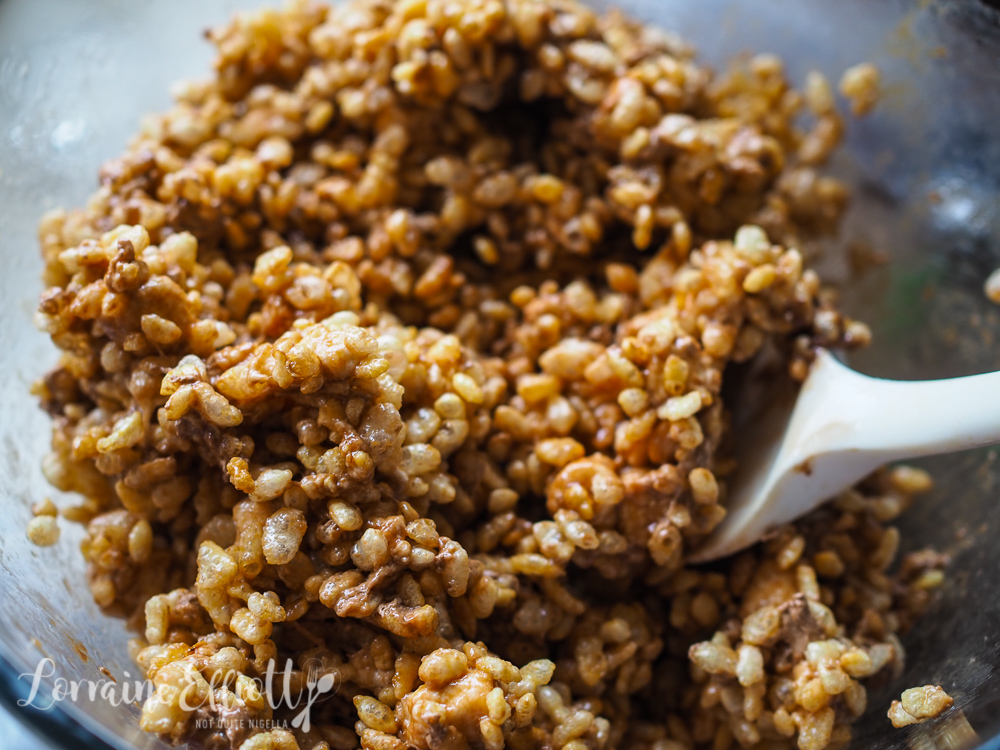 Step 2 - Stir in the puffed rice until well coated and scoop into the prepared tin. Press down very firmly. Refrigerate until hard. 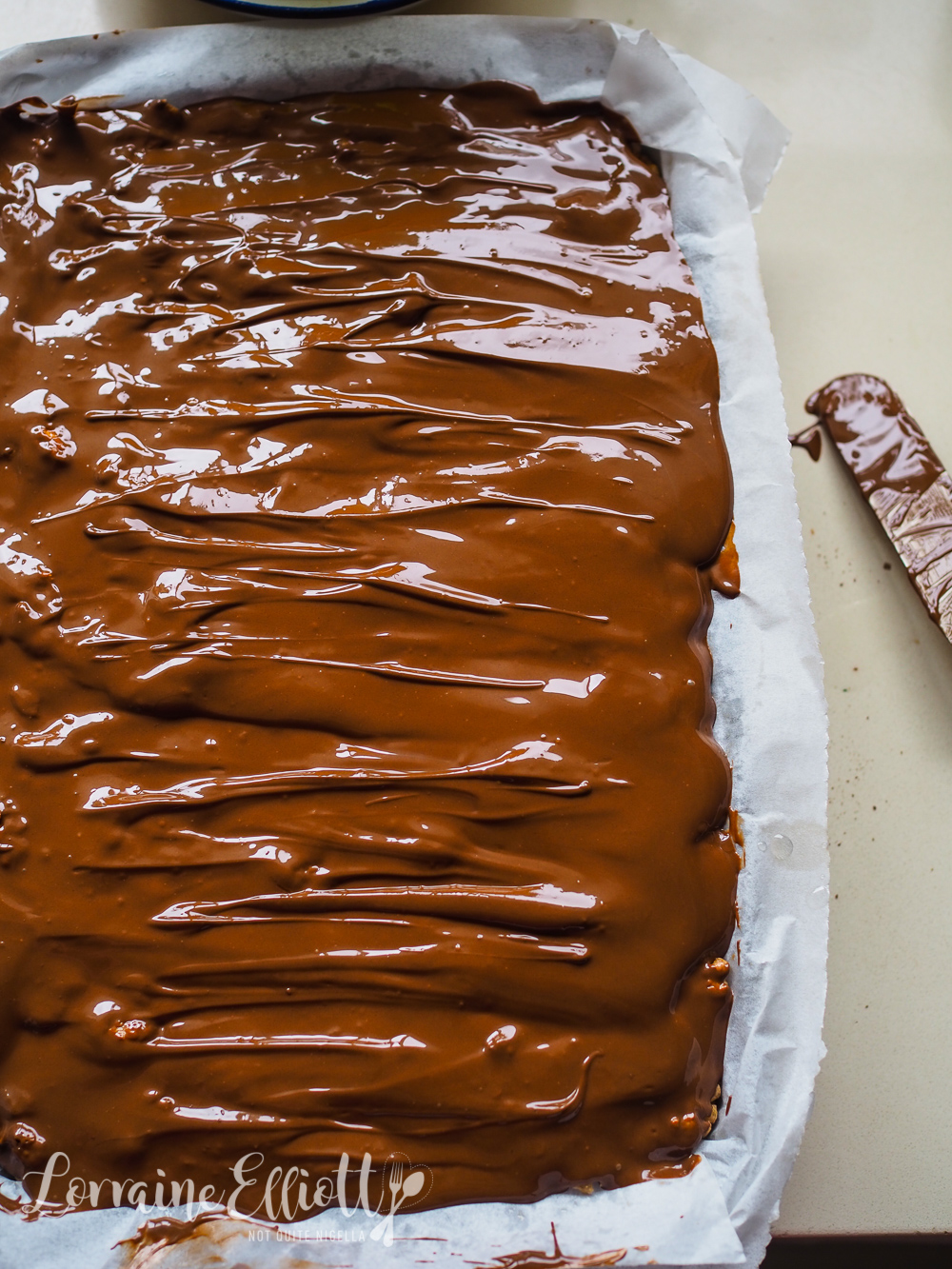 Step 3 - Melt the chocolate with the coconut oil and mix until smooth. Spread over the slice and allow to set. Cut up into pieces and place in an airtight container. I like this best when it is kept in the fridge (especially because at the moment it is very hot). 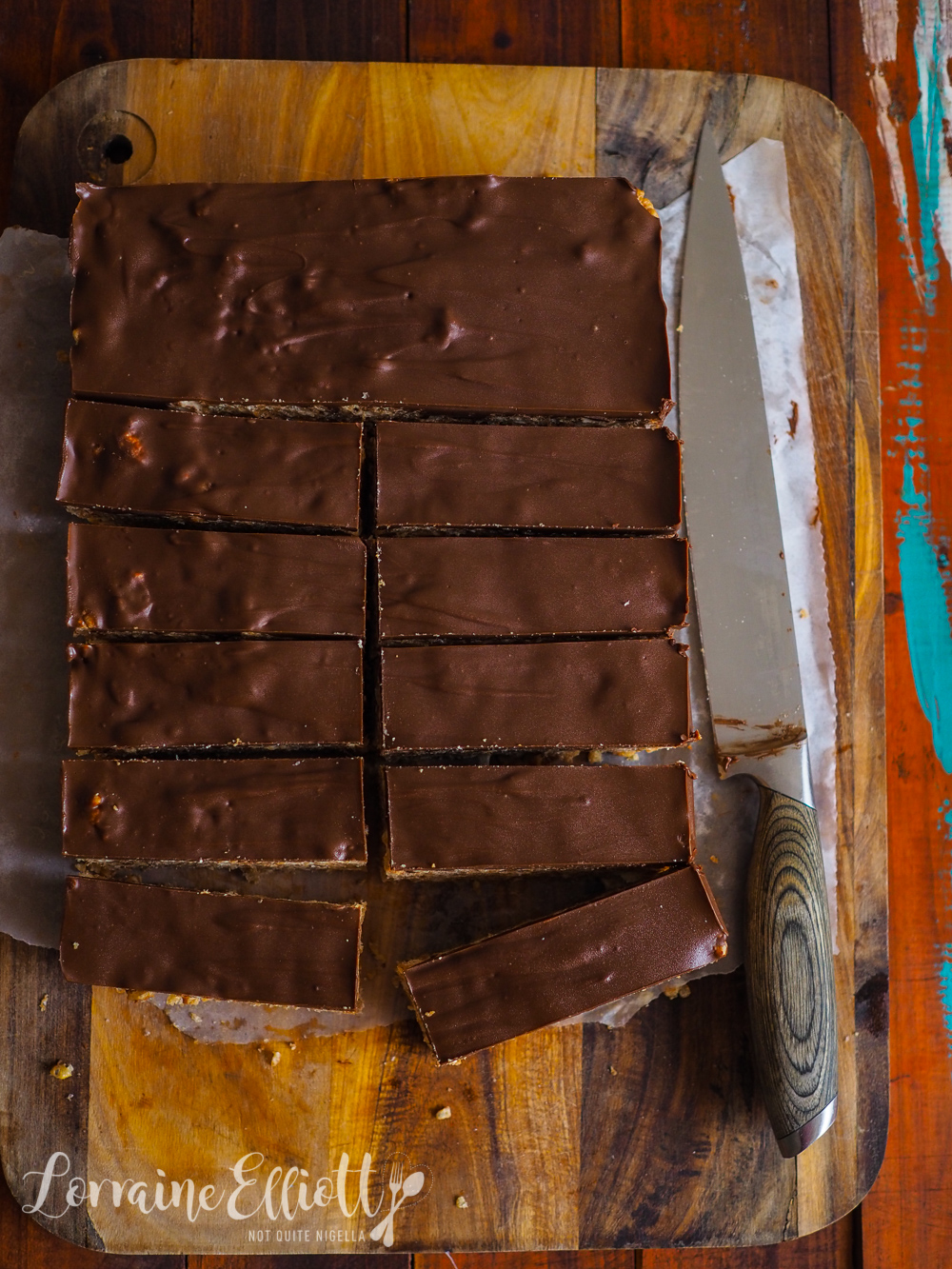