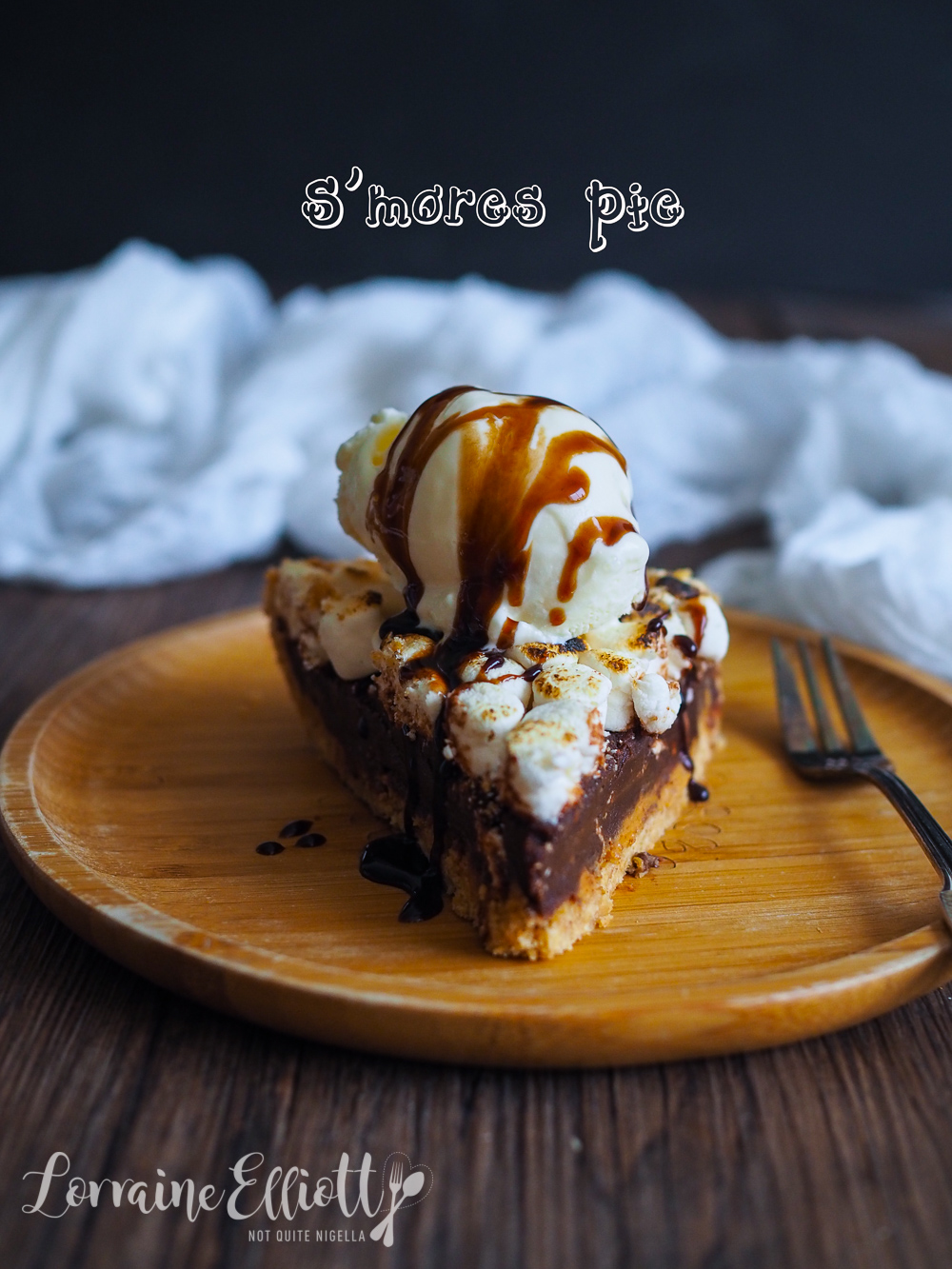 This is such an easy pie that you'll want to make this over and over again. There's no baking involved and yet it tastes incredibly moreish and like you've spent a lot of time making it. Effort-wise, it's really two main parts to it, a cinnamon cookie crust and a thick layer of chocolate. There's also a bonus layer of peanut butter and a layer of toasted mini marshmallows on top. Say hello to the S'mores peanut butter pie!

This is one of those low effort high reward recipes that I love doing. I did this in stages because I had a lot of things on and it was versatile and low maintenance enough to do so. Sometimes when something is low effort I expect the flavour to be a bit lacking but I promise this isn't at all. 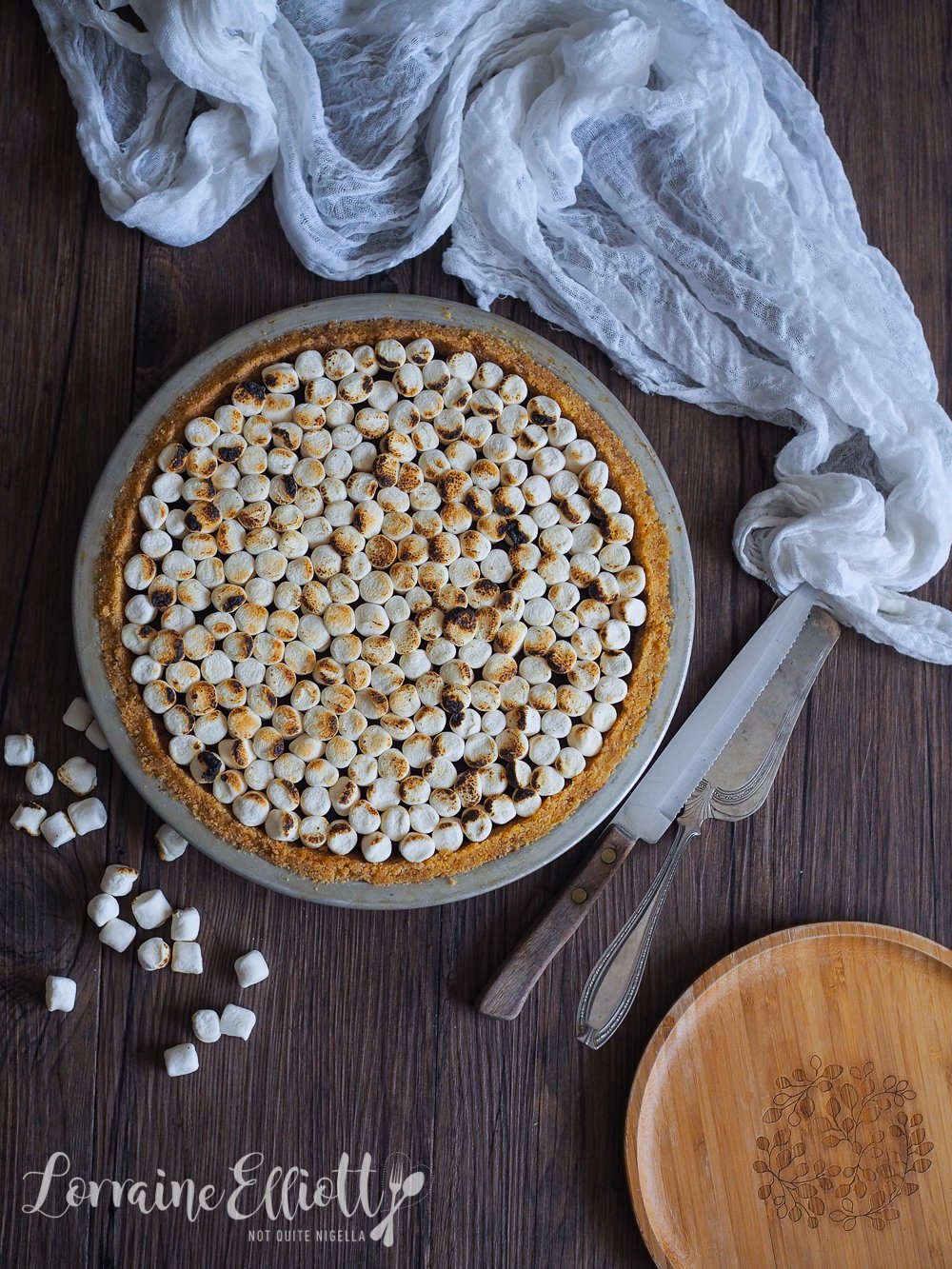 When I took a bite of it I wanted to devour it all so I promptly boxed half of it up to give to Ivy. As an American she has grown up on and loves S'mores. Her response? "It's one of my favourite things you've ever made," she said. We'd just gone out for pizza that night and were full to bursting but she tried it when she got home. "I thought I'd just have a taste of it so I ate a few bites, then put the spoon in the sink. That was my mistake not cleaning it because then I picked it up and ate more and I was thinking 'Damnit, that b$#@!'" she added laughing.

I know what it's like to want to devour things completely. Ivy recently gave me a box of cookies she bought from the shops. After an enormous dinner that night (okay I realise now that enormous dinners are a theme in my life) we returned home and I opened the packet and decided that I'd just have a little nibble of a cookie. 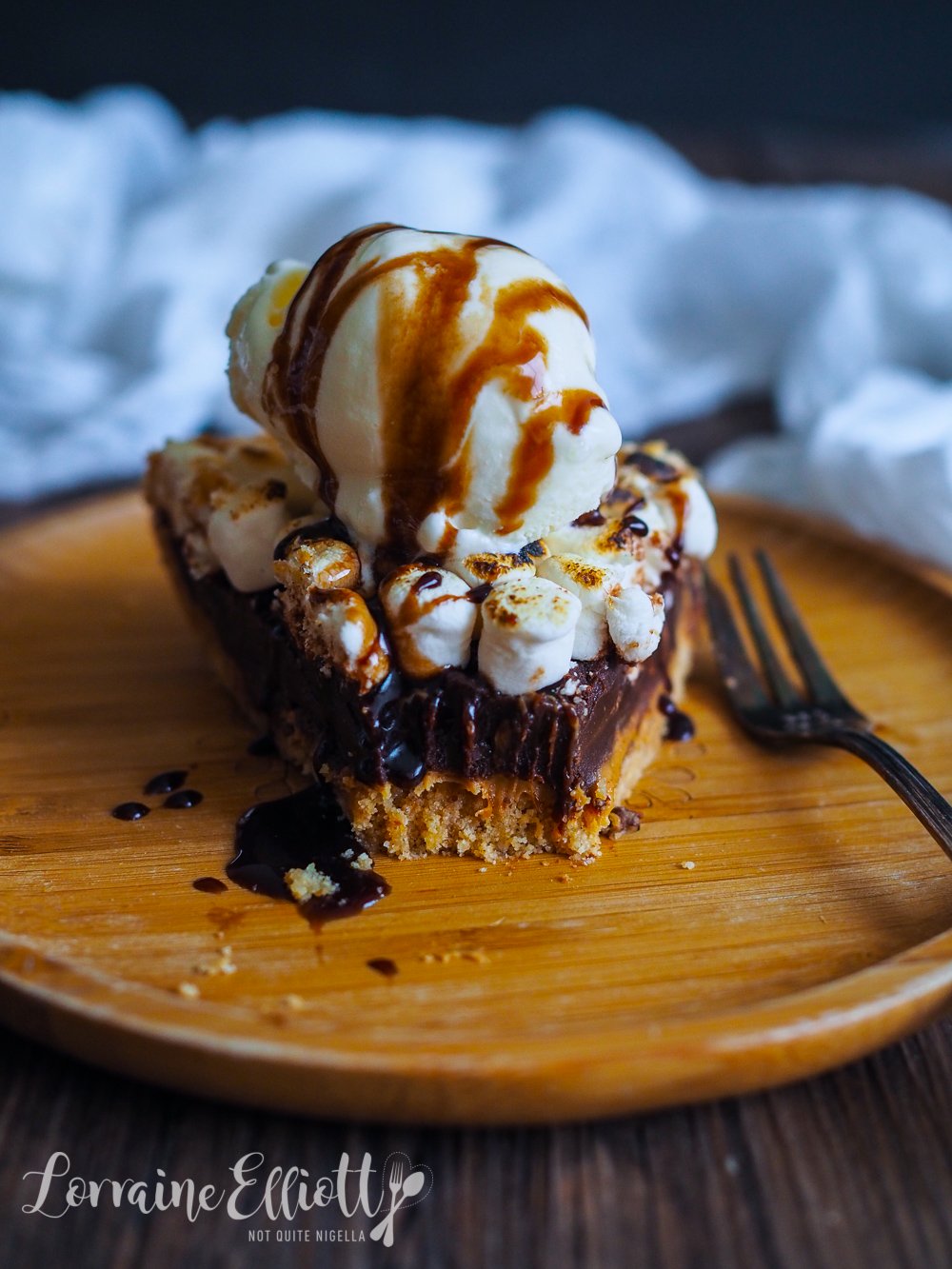 I was not prepared for this cookie. It had the most moreish texture: short and crisp. I could not stop eating it, even after my meal of three burgers. I was the cookie monster personified and unstoppable. Mr NQN was no help, he doesn't take my food mania seriously so he barely looked up from his phone nor does he eat cookies so I was on my own. With these cookies.

So I did what I always do. I delegated the problem aka I gave Nina the rest of the box. She gladly takes most foods except meat and jam and I know she particularly likes cookies. The message came through from her quickly. "Those cookies are so easy to eat." 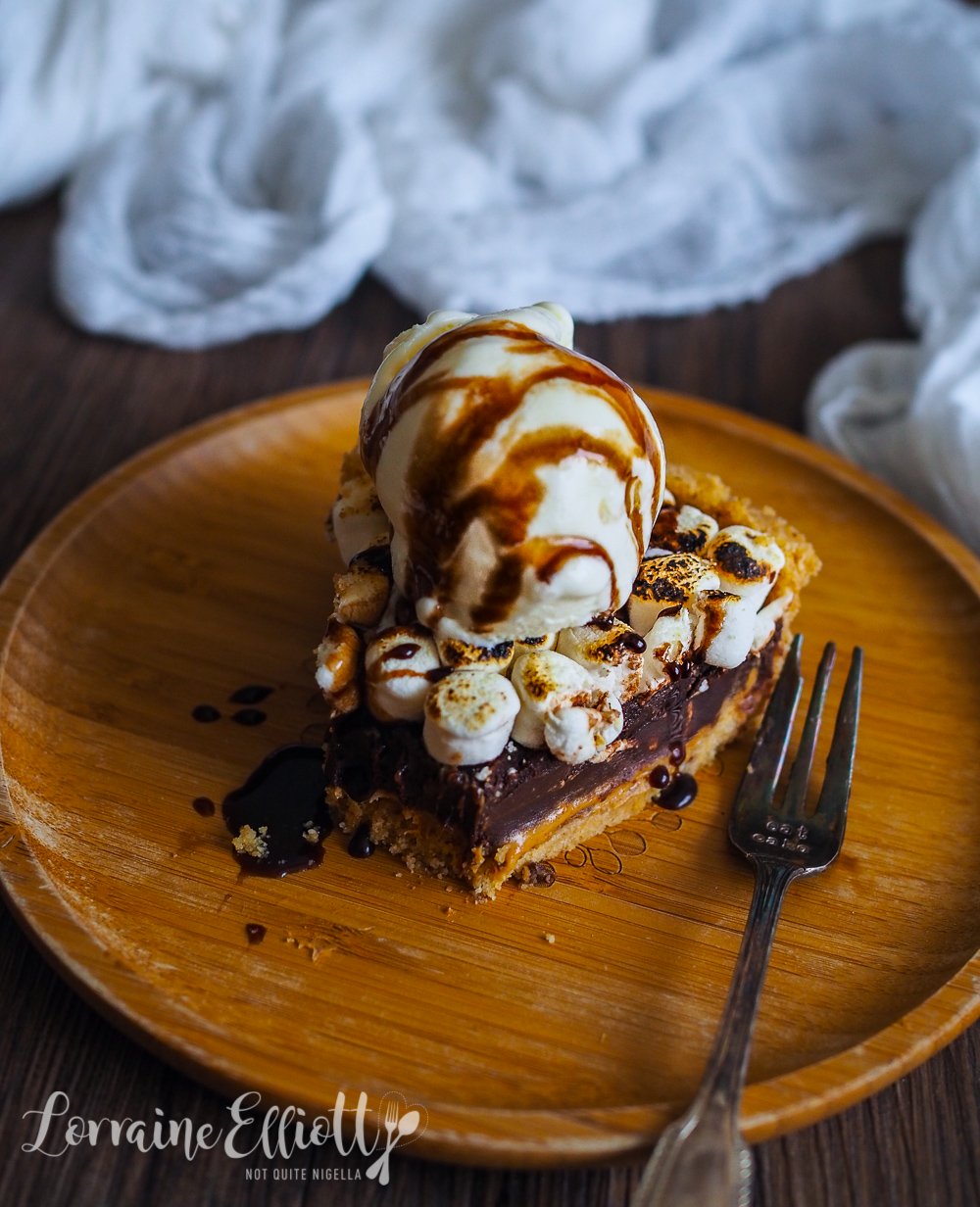 Ivy asked how I found the cookies. "I had to give them away girl! I don't need your krokodil (highly addictive drug) cookies! I made them Nina's problem," I said sheepishly.

So tell me Dear Reader, do you like S'mores? And do you find some foods really addictive or are you able to walk away from any food? Do you pass on your addictive foods to other people? 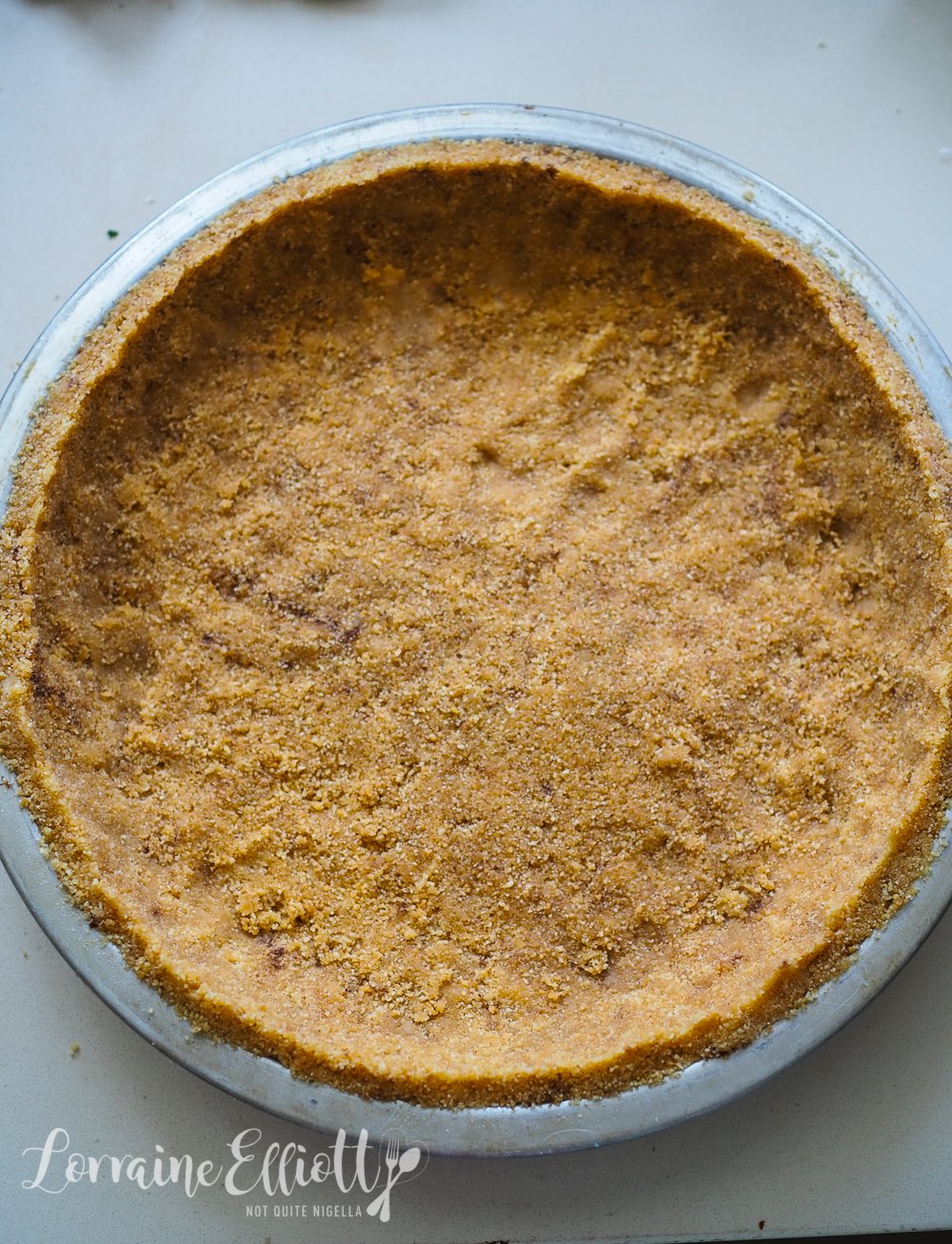 Step 1 - Process the cookie crumbs until very fine and then mix in a bowl with the butter and cinnamon. Oil a pie dish and press down on the base and sides of the dish. Place in the freezer for 15 minutes until firm. 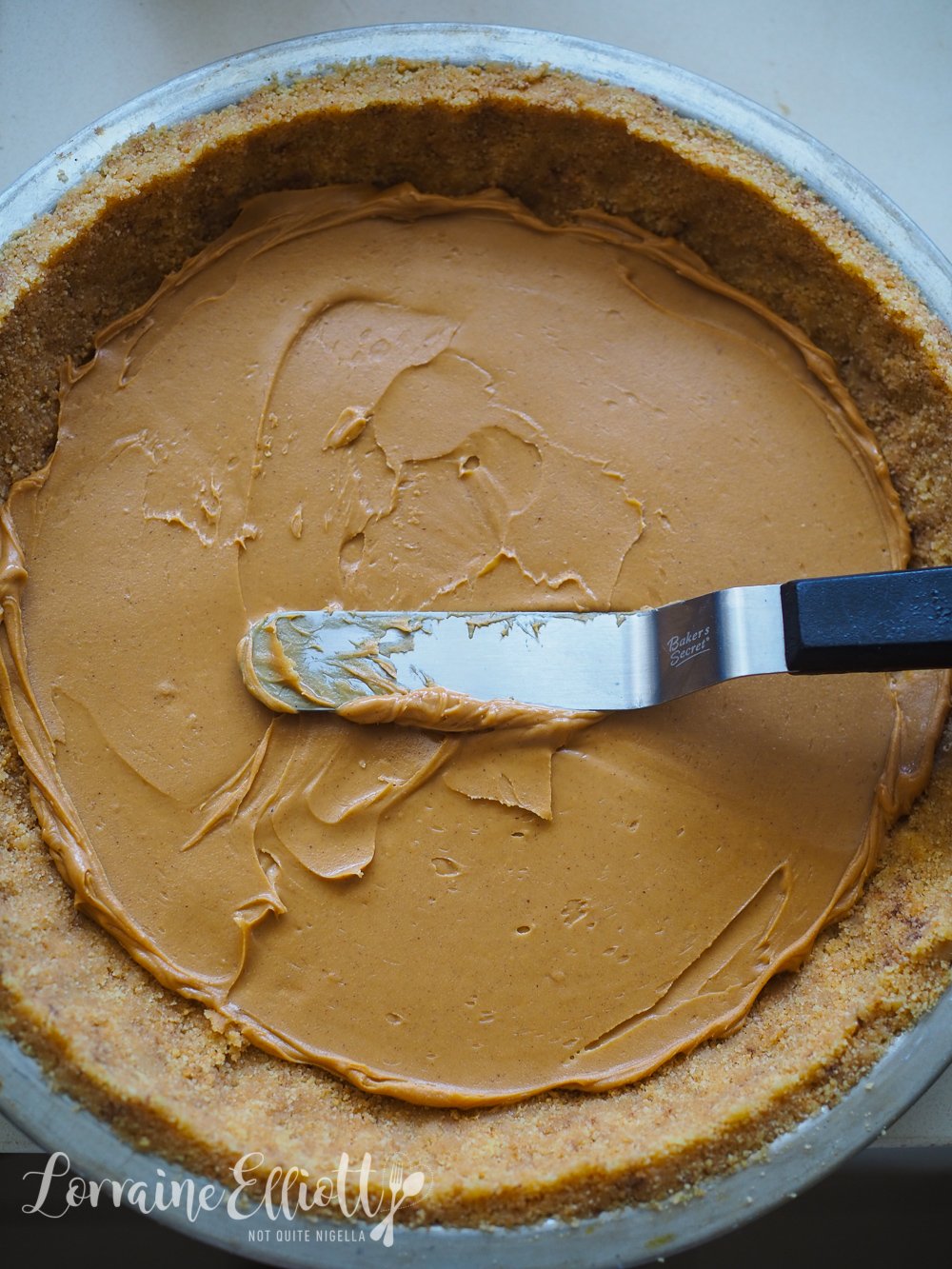 Step 2 - Spread peanut butter on the base of the pie. Return to the freezer or fridge until needed.

Step 3 - Melt the chocolate and cream together and stir until smooth. Pour the chocolate ganache into the pie tin tapping it gently on the counter so that it is flat and there are no air bubbles. Allow the ganache to set in the fridge or freezer. 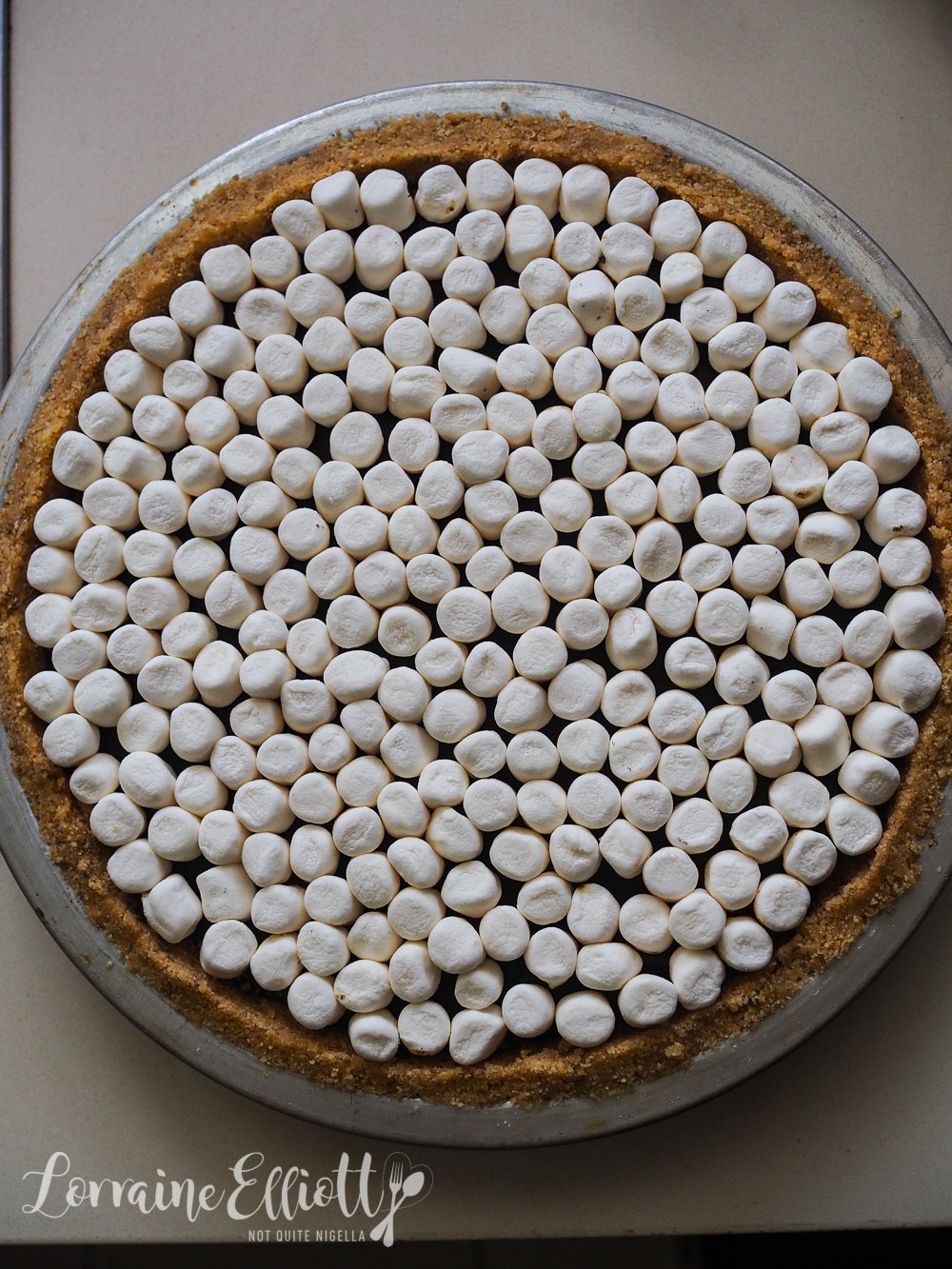 Step 4 - Preheat grill to very hot or have a blowtorch ready. Line up the mini marshmallows on top of the ganache. Grill the marshmallows until toasty. If the ganache has melted a lot under the grill then return to the fridge, otherwise serve as is (it's delicious if its slightly gooey).