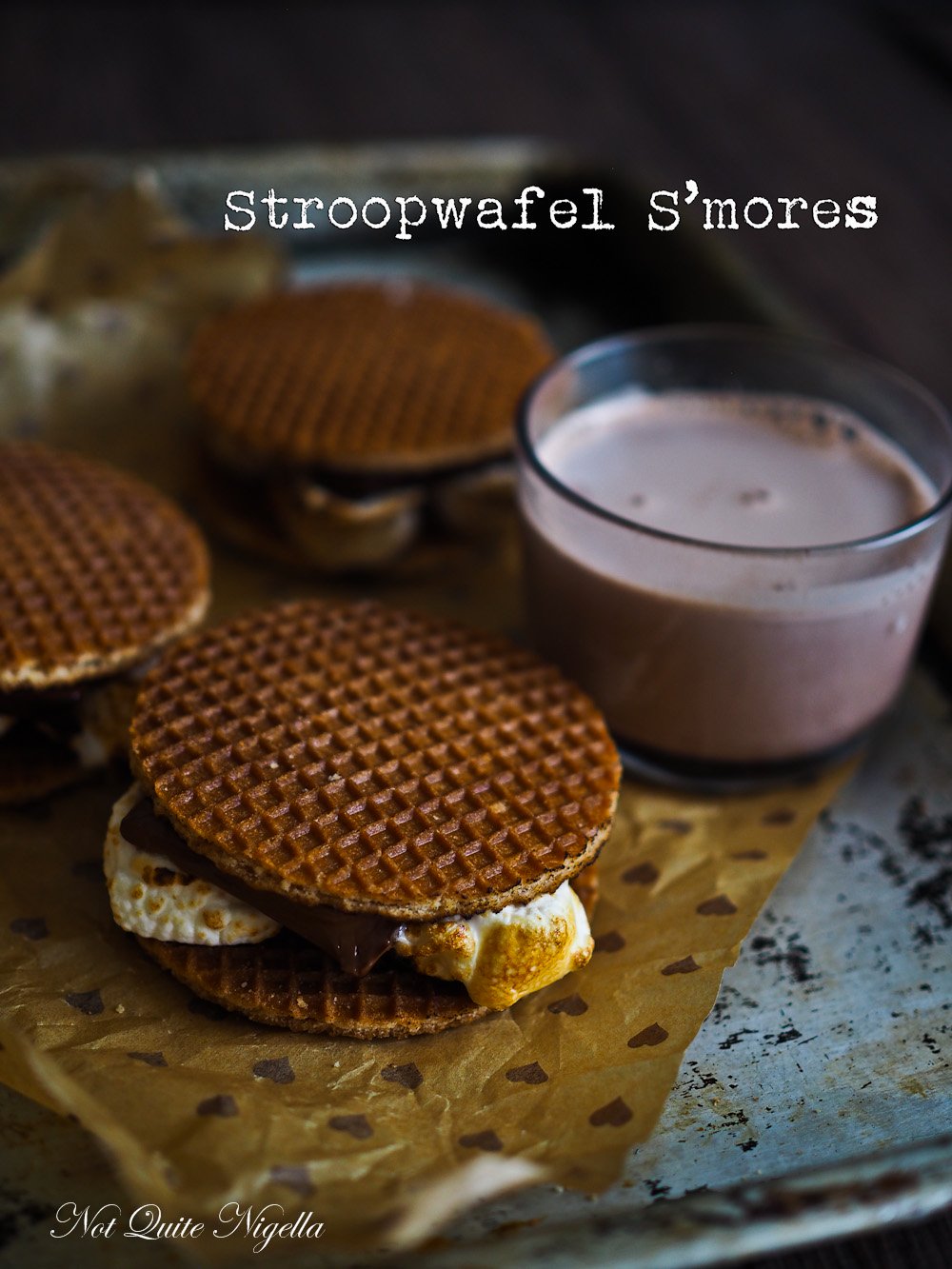 Want a delicious twist on the traditional S'more? Try these Dutch stroopwafels, toasted with marshmallows, a layer of milk or dark chocolate (your choice), a tiny pinch of salt and a lick of peanut butter! It's sweet and salty heaven!

In Dutch Stroopwafels means "syrup waffles" and these are round, ridged waffles that are filled with a spiced caramel layer . One of the best ways to eat them is with a cup of coffee or tea. They sit on top of the hot drink and the heat softens the waffle a little. When I was in http://www.notquitenigella.com/categories/travel/europe-travel/amsterdam-travel/[Amsterdam][d9ec6a66] I made sure to buy a packet of these but now they're becoming easier to find usually at European delis. I have the food gods to thank for this. It came to me in a travel dream and in the dream I made a gigantic one that got out of control (a little Ghostbuster-y). In the dream I let it roll down the street where it left a trail of chocolate and crumbs and when I woke up I wanted to eat one. That evening we saw them at the shops so I picked up a packet. Is that fate or what? Or maybe they're just more easily available ;). 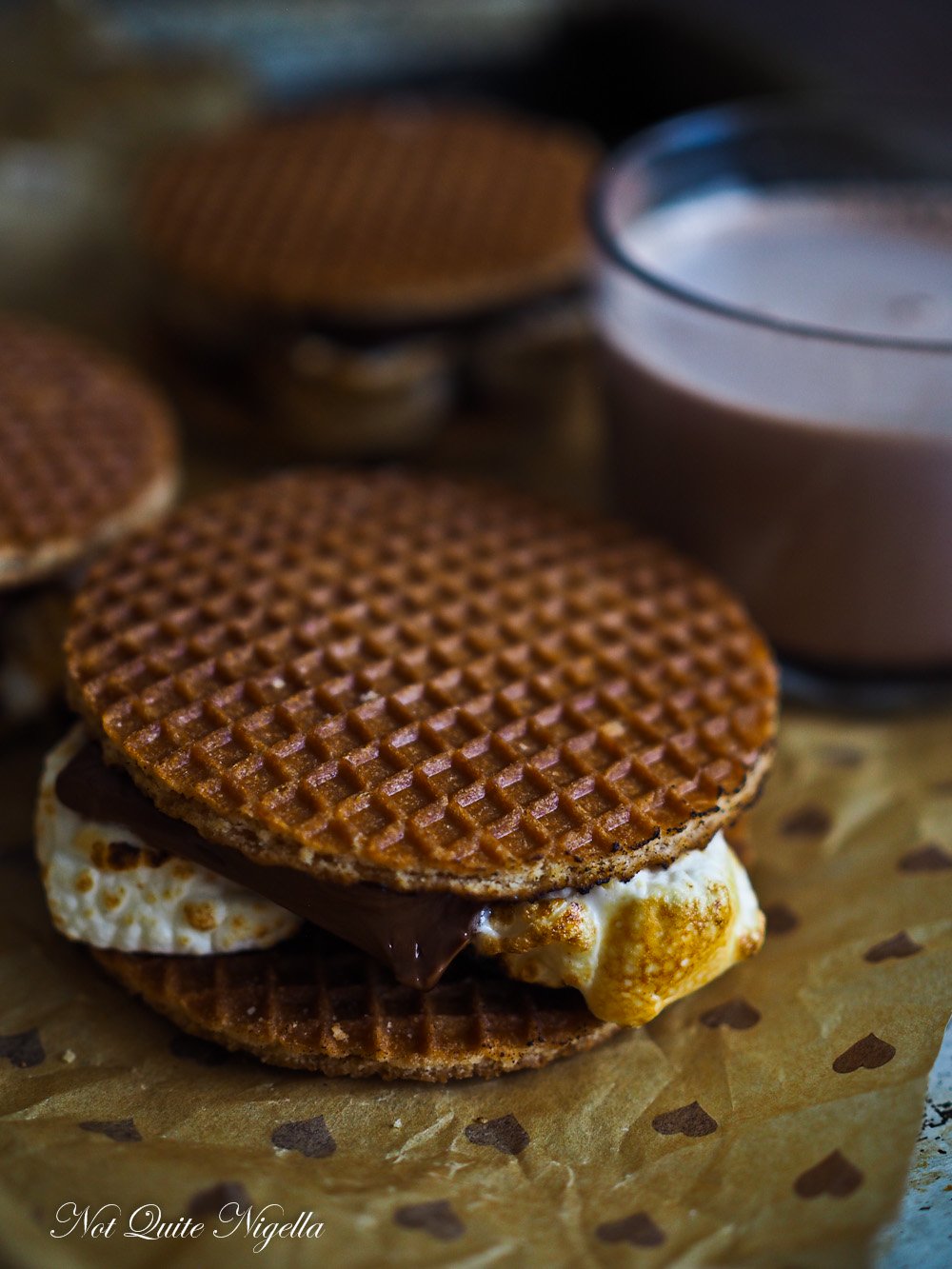 I'll confess now that while I liked these when I first made them I really, really loved these once I added the salt and the peanut butter. It was all sorts of gooey melted sweet and salty goodness. I had this thing about peanut butter. I can't have it in the house and when I do I take to it with a spoon. So this is my way of trying to rehabilitate myself and use it properly.

I even made a little video to show you how easy it is too! 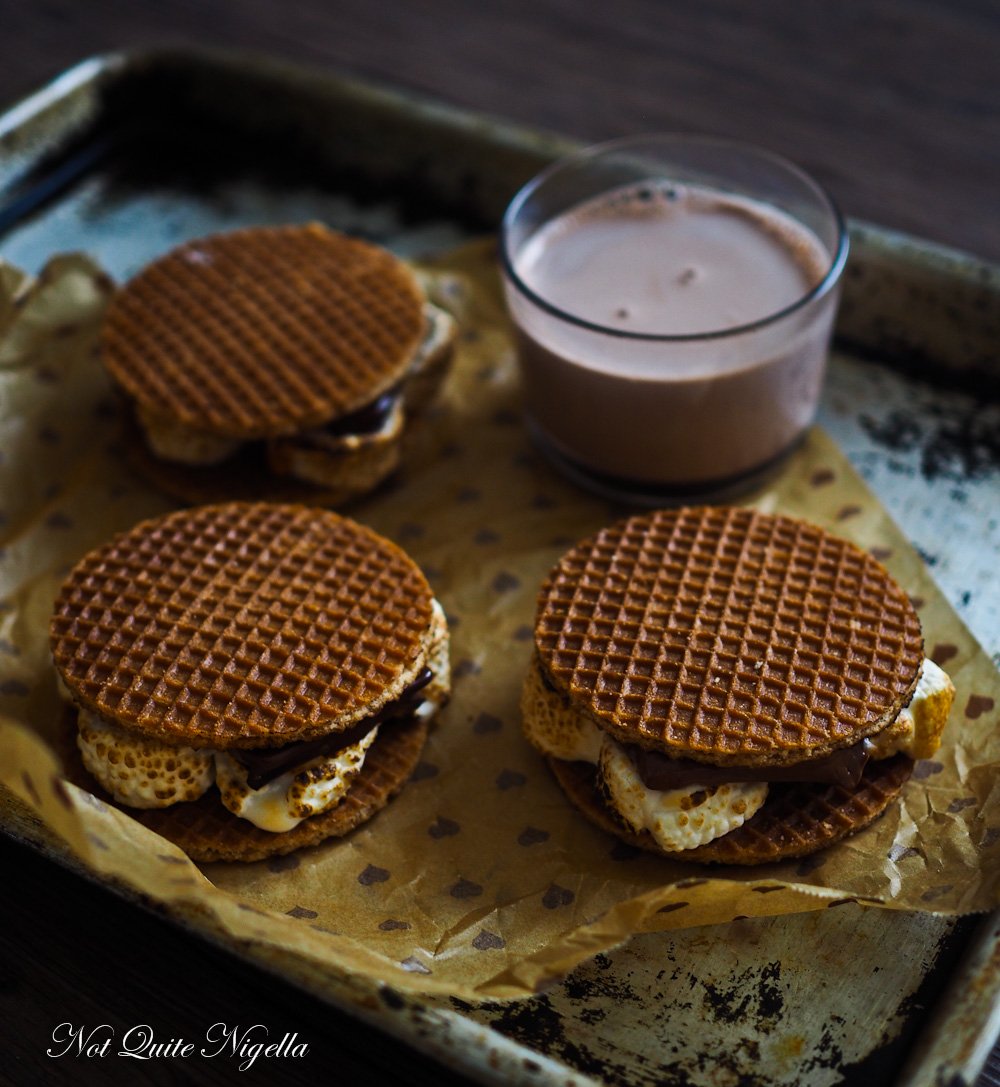 An Original Recipe by Lorraine Elliott (not that it is even a recipe really, more an idea) 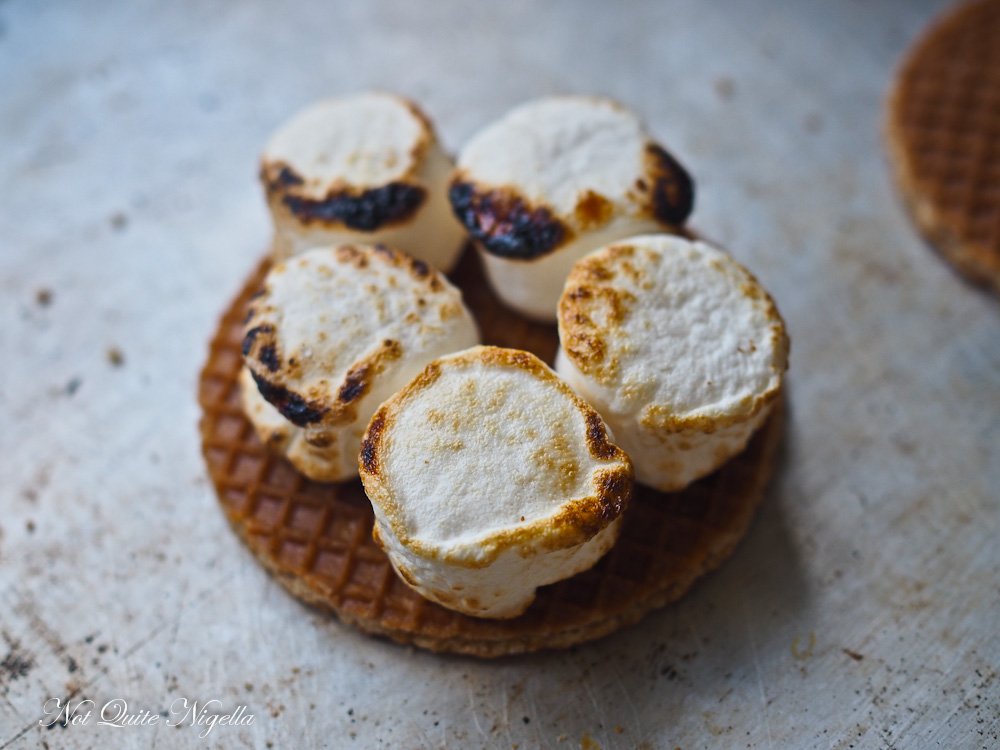 Step 1 - Place 5 marshmallows (if using small Australian ones) or one half of the large American ones on a stroopwafel. Take a blowtorch and toast them on one side. I find it easiest to use a medium flame and be prepared to blow on it if the marshmallows burn and catch fire. Once they are golden on one side, take the other waffle and turn it upside down and toast the other side of the marshmallow until it is gooey. Don't forget the sides too and don't worry if the waffle gets some heat-they're best warmed up a bit.

Step 2 - Spread the other half with peanut butter and a tiny pinch of salt and add the chocolate thins and sandwich together and squeeze the marshmallows gently until they are gooey and the chocolate melts.

Note: You can do this on a campfire or using an open flame with the American sized marshmallows but it wouldn't be as easy doing it with the small Australian marshmallows.