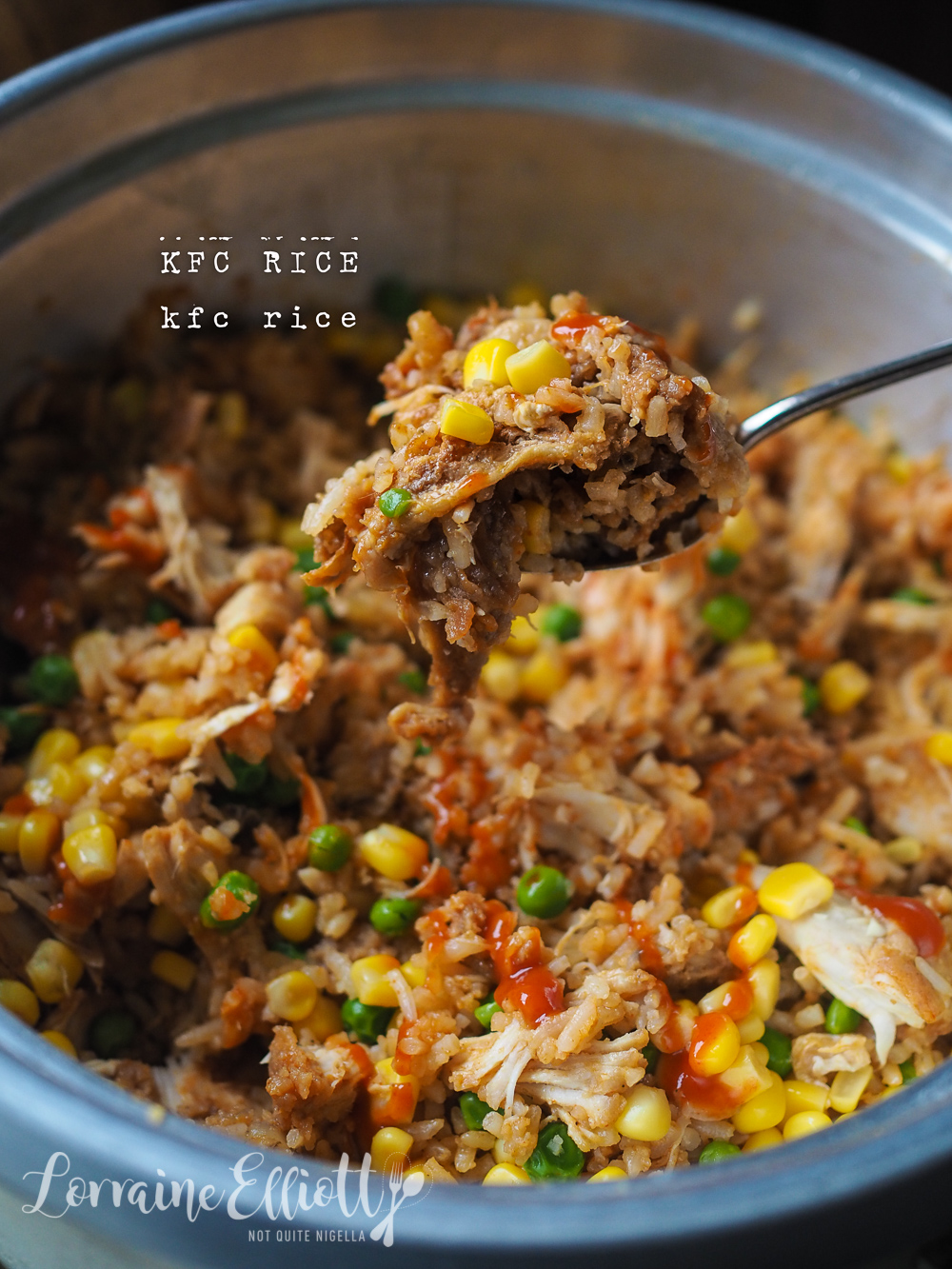 KFC rice is a recipe that has popular this year as people around the world go into lockdown (for the first or second time!). It involves cooking rice and leftover KFC in a rice cooker. The chicken becomes soft enough for you to pull the chicken apart with two forks!

Is KFC Chicken Rice Worth Making? Depends! I tried this KFC chicken rice with long grain and jasmine rice and found this really dry and I didn't love it. In fact I sort of wondered why everyone loved it. On my third and final try (I was going to give up if this wasn't tasty enough) I tried using sushi rice and adding peas and corn and it was a lot tastier. I think this would be much better with hot and spicy chicken too (this is not a sponsored post).

How much chicken do you need for KFC Chicken Rice? People make this with 2 pieces of chicken and that's fine if you just want rice as a side that is very lightly flavoured with chicken and you are serving actual chicken on the side. But I feel just 2 pieces would be way too subtle and bland for a whole dish. But it's tasty once you add the other bits into it and to be honest the story behind KFC in Japan is one of the more interesting parts to it!

I actually love fried chicken but sadly the KFC that I bought was very underwhelming. The chicken looked a bit bashed about with the skin ripped and was stone cold. I should have also specified which pieces I wanted because we got two drumsticks which are my least favourite cut and a wing which are three small pieces. The best pieces for this are the thigh and breast because the bones are easier to get out (rib and wing pieces have the most small bones). 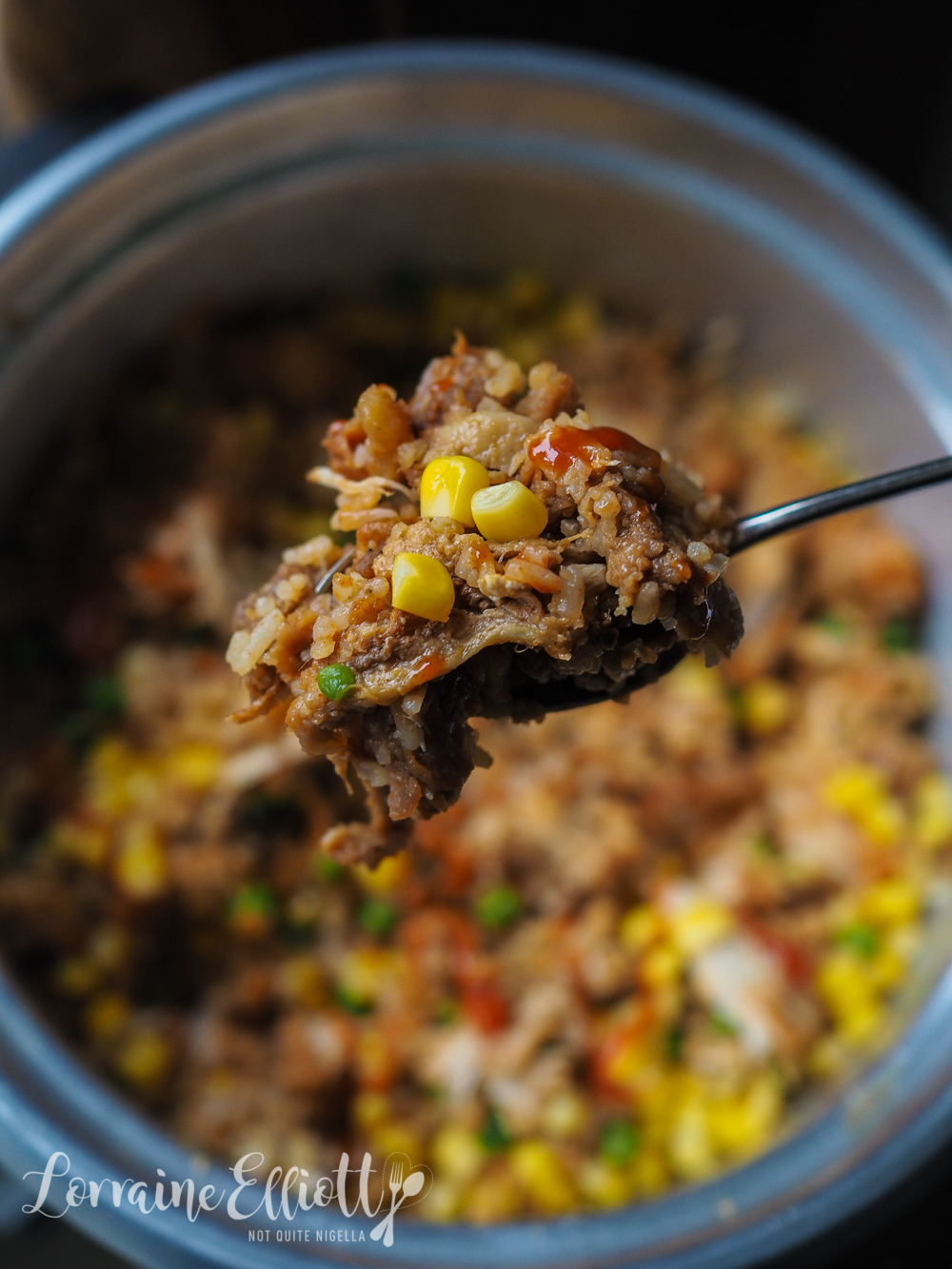 KFC rice has been around for years but in December 2019 it was featured on Mashable and many picked it up from there. The recipe actually comes from Japan where KFC has an enormous following. Apparently in the 1970's the manager of the first KFC store Takeshi Okawara decided to market a "party bucket" of chicken to be sold as a Christmas time feast in place of roast turkey. In fact he told the Japanese media that fried chicken was a traditional Western Christmas-time dish. He got the ball rolling by dressing up as a Santa at a school Christmas party that served KFC chicken and after that came more requests for KFC Christmas parties.

Christmas isn't a traditional Japanese holiday so there aren't any long held ideas on how to celebrate and nowadays eating KFC is huge during December which is sort of crazy and funny. They even pronounce it "Kentakkii" fried chicken because there isn't a "Tu" sound in katakana to make up the word Kentucky.

When I lived in Japan I would see people carrying red and white striped bags and around Christmas time the office was busy with people pre-ordering their chicken for Christmas dinner. And apparently to this day Takeshi Okawara has regrets about lying about the chicken being a Western tradition!

So tell me Dear Reader, have you ever tried KFC rice? Did you know about the Japanese Christmas tradition? Would you try it? 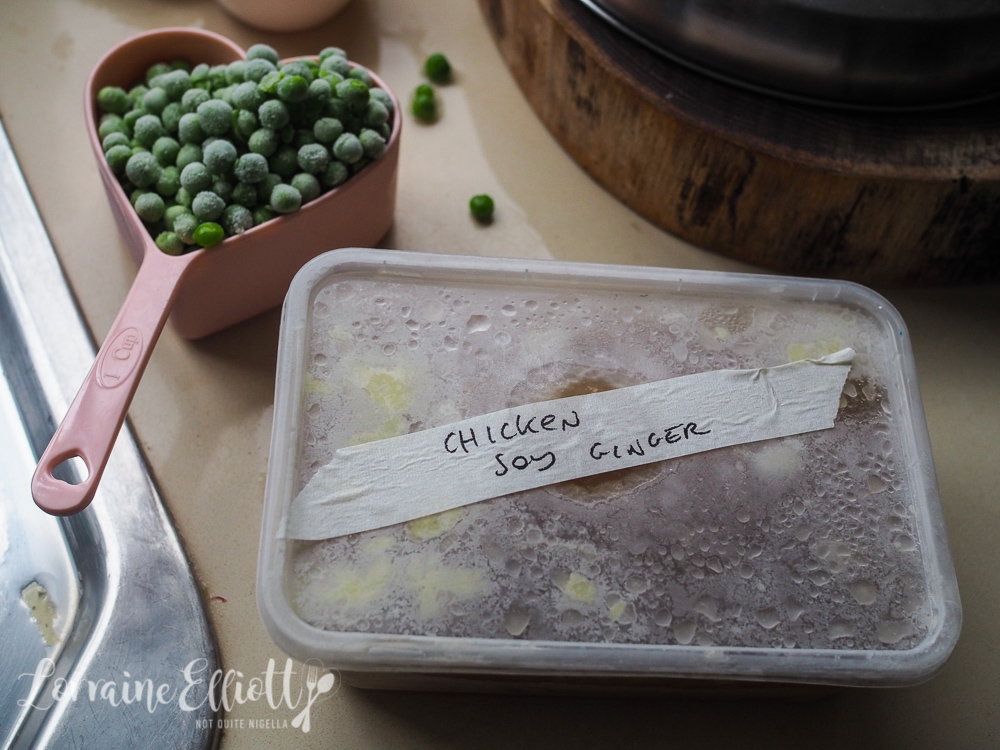 Step 1 - Rinse and wash the rice until the water runs clear. Add the stock and soy sauce and ginger if using to the rice and then place the chicken on top. Place the rice cooker on to steam rice and let it cook. When it is ready, add the peas and corn and place the lid back on for 5 minutes or until peas are cooked. 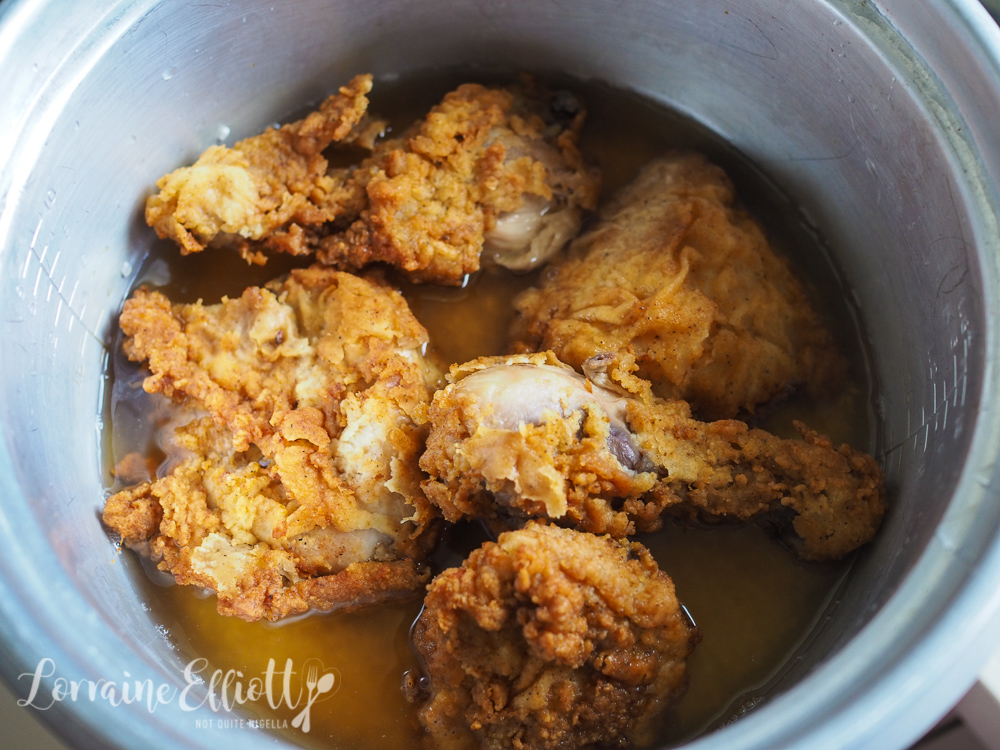 Step 2 - Season with white pepper and drizzle with Sriracha or Sriracha mayonnaise. 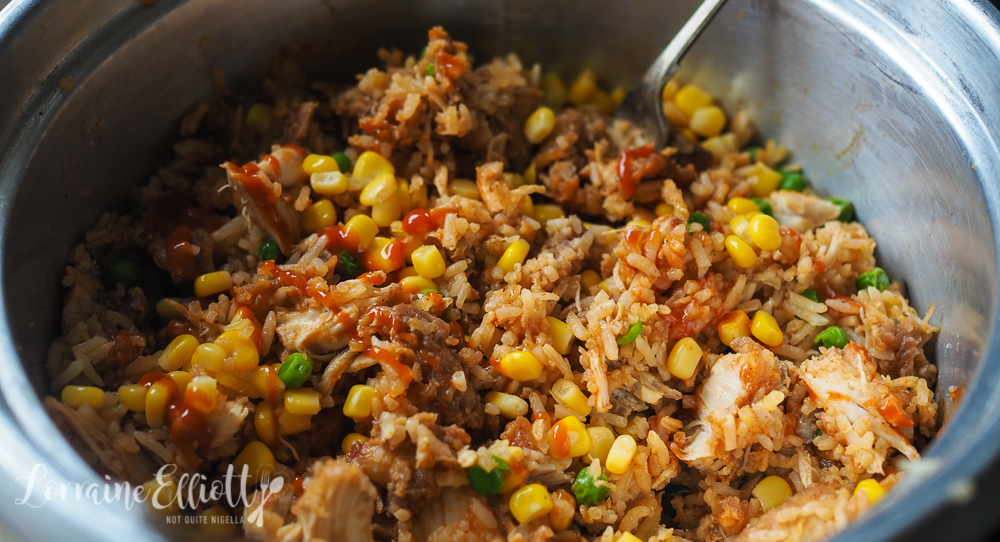