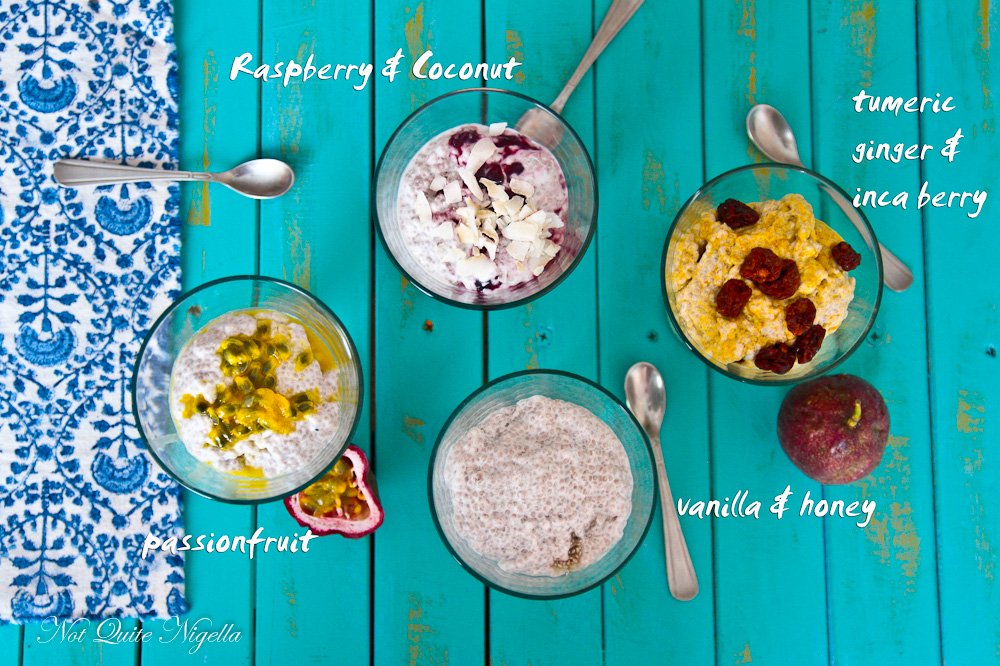 Freudian slips or slips of the tongue can be very telling. When I was talking to my trainer Nina I referred to the collective group of her clients (myself included) as her "patients." And it's kind of true as far as I'm concerned as I feel like a mental patient while I am working out. She told me about another one of her patients ahem clients. Whenever she gets sick of an exercise she puts the weights down and says, "I think I'm done with these," and then moves on.

"Hang on!" I said mid-squat. "I didn't know that there was an option to do that. Do you mean I could stop in the middle of kettle bell swings and stop? Why did I not know that? Arrggh!" I exclaimed dramatically.

"I shouldn't have told you that!" she cried laughing.

I got back to the squats. Because as blase and indifferent as I am with exercise, I feel like I should at least give the 45 minutes with her a few times a week my best shot. She keeps me entertained during the exercises with stories about her fear of eating meat - she wants to but can't bring herself to do it. I suggested hypnosis and maybe there is a book that sneaks meat into meals instead of veggies. But there are instances when I devise recipes with her in mind knowing that I'll probably benefit from them eventually. 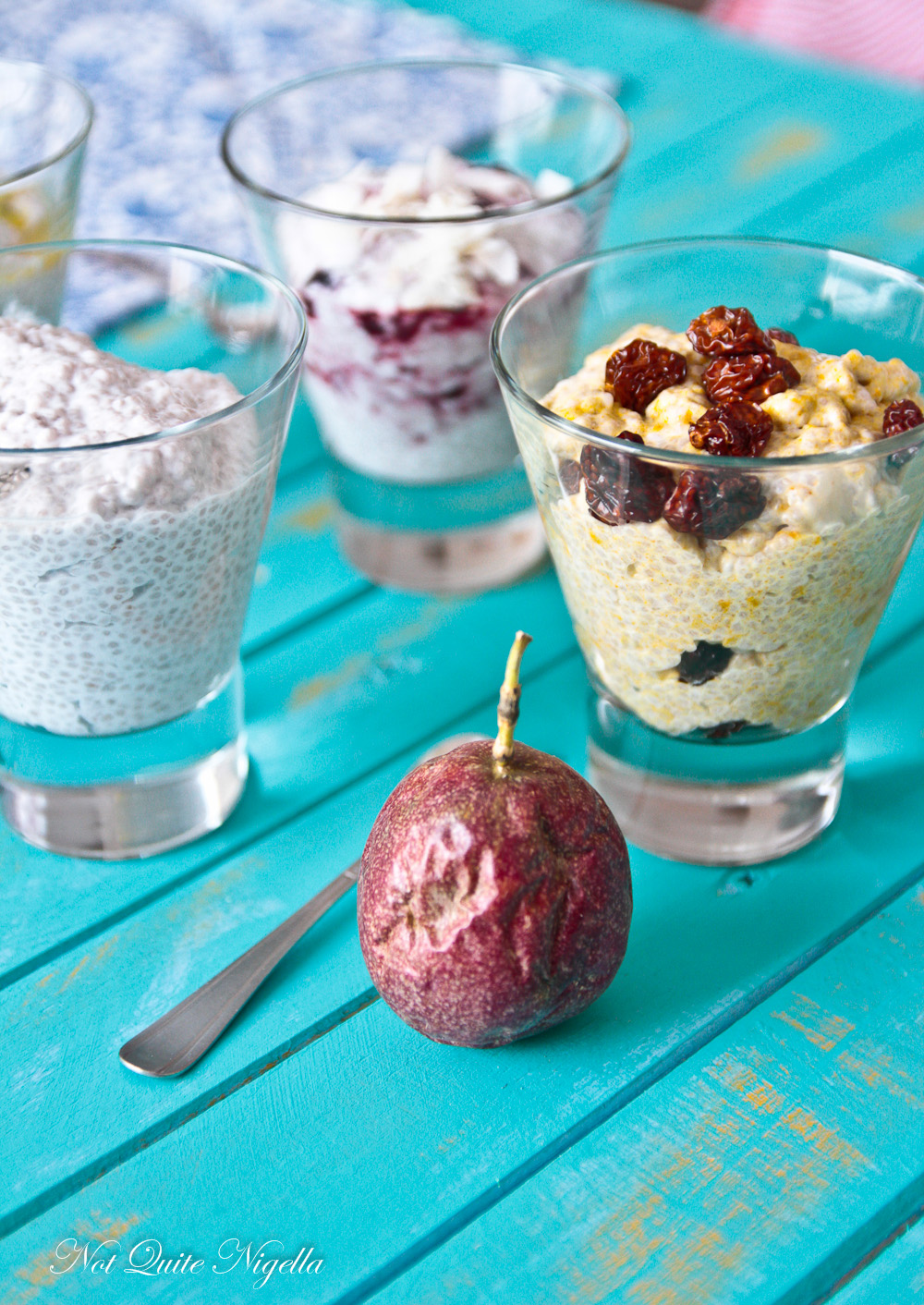 This coconut chia pudding idea came to me when I saw something similar at an upmarket grocery store. They were charging $6.95 for a small tub of a pudding (kind of like coconut yogurt). I flipped it over and looked at the ingredients. There was fruit, cacao powder, chia seeds and coconut milk. I decided to give it a go making it myself.

What I didn't realise is that apart from it being a fraction of the cost, it's ridiculously easy to make. It's really just stirring four ingredients together and then waiting. If you like tapioca and sago, you'll love these little pots of creamy coconutty goodness. A bonus is that chia isn't like tapioca and sago that are high carb and you don't need to cook chia seeds. Chia seeds are of course being hailed as a superfood. This recipe is also for all of those special dietary needy people - it is raw, gluten and dairy free as well as being vegetarian (replace the honey with maple or agave if you're vegan).

Whilst I loved the vanilla and honey version, I experimented with three other flavours. The turmeric, ginger and inca berries are a superfood pudding while the passionfruit is a tropical pudding. The raspberry and coconut was my favourite and I got to this one before Mr NQN could claim his share. Because apparently there is an option in life where you can grab a pudding and run!

So tell me Dear Reader, do you ever stop while you're in the midst of doing something if you don't like it? How often do you exercise and what form does it normally take? Is there an exercise that you loathe or like? 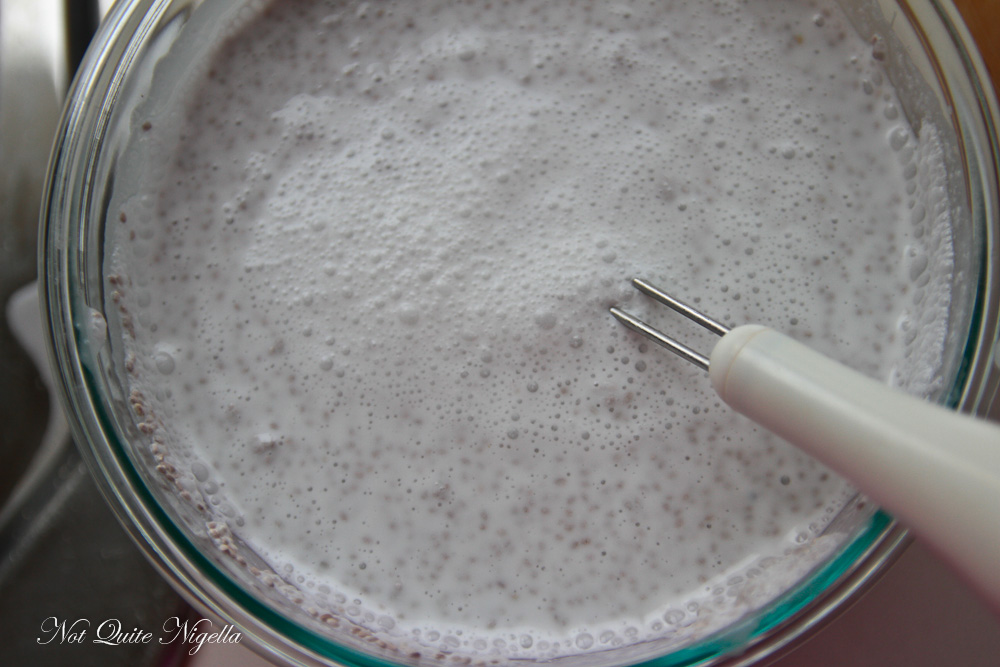 Step 1 - Whisk the coconut milk, honey and vanilla together until the honey and vanilla is dispersed. Taste for sweetness and add more honey if you want more. Switch to a flat bottomed spatula and add the chia seeds and stir until combined (make sure to get the chia seeds at the bottom too). Allow to sit for at least two hours until the seeds swell and the pudding thickens. 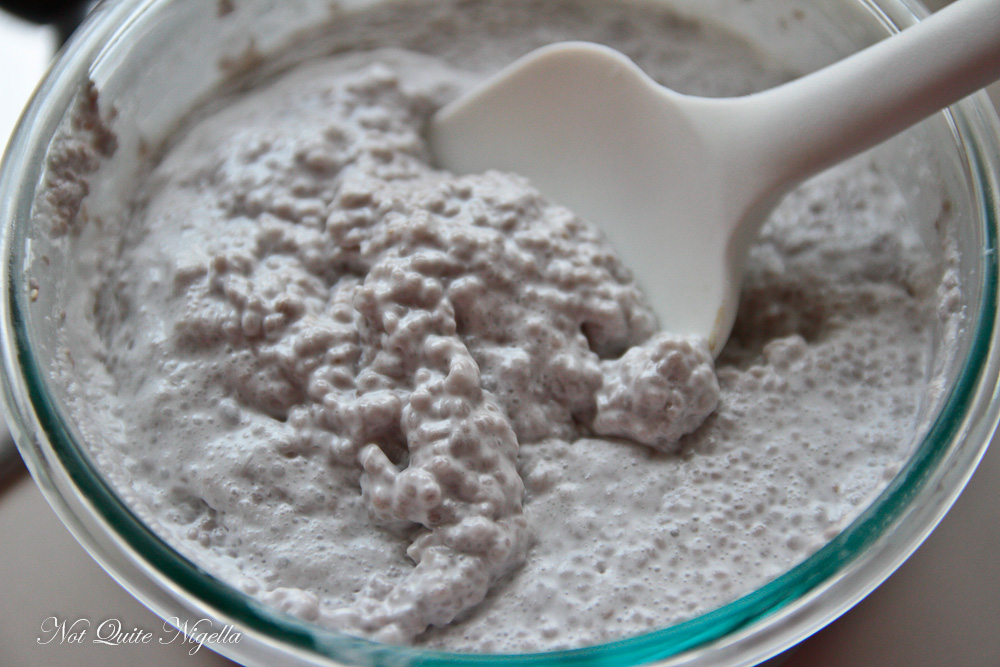 After two hours, the chia thickens to create a pudding

For a cup of raspberry coconut pudding add a little pureed raspberries mixed with honey and flaked coconut.

For turmeric, ginger and inca berry pudding, add 1/2 teaspoon ground turmeric, a small amount of fresh ginger (1/4 teaspoon or so to taste) and 1 tablespoon of inca berries or goji berries.