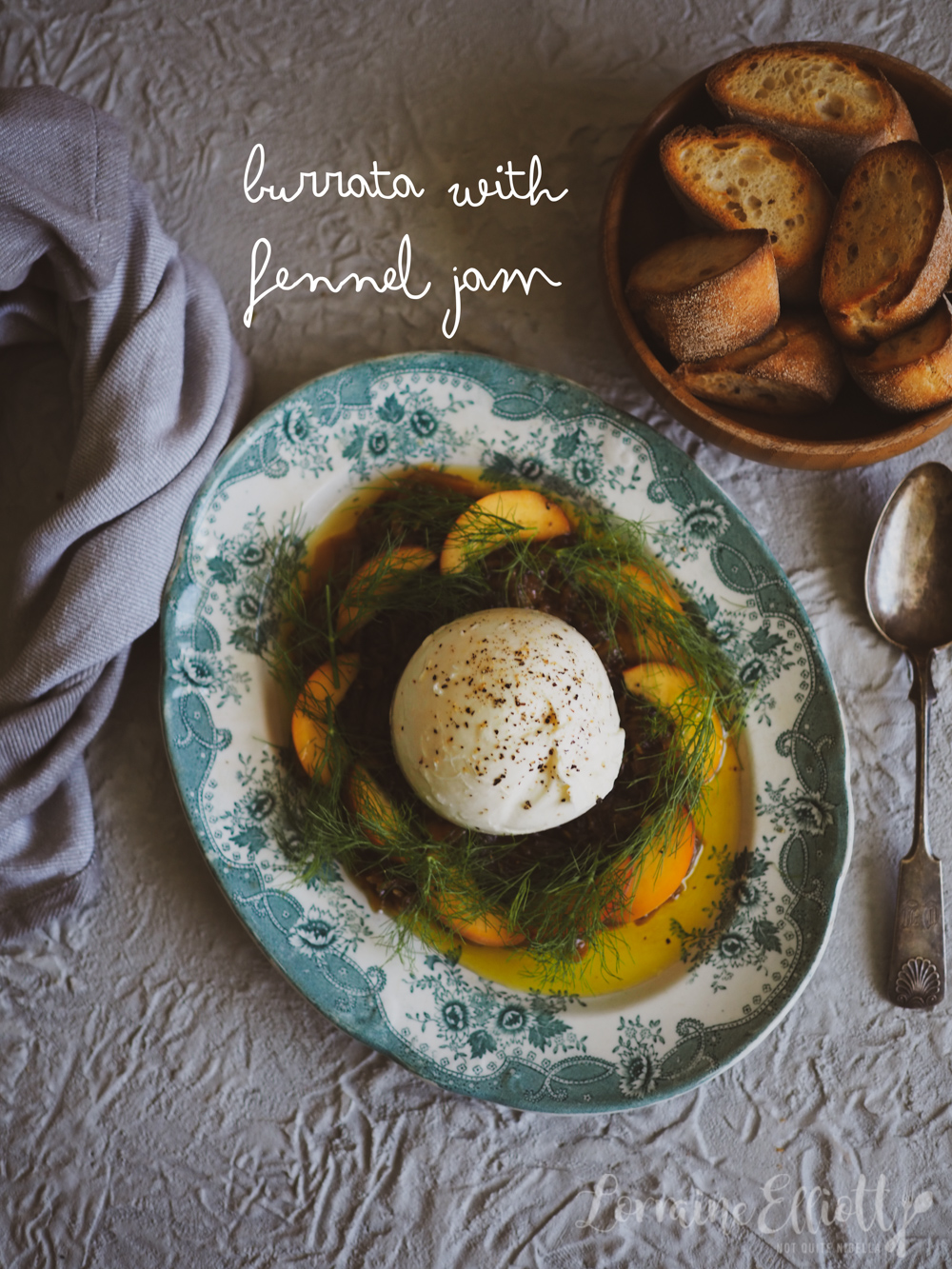 This burrata with fennel jam is something special. It's also a very handy salad recipe for summer entertaining as it can mostly be made ahead of time and can even sit in the fridge patiently waiting its turn without wilting or getting soggy. Plump creamy centered burrata is paired with a wonderfully fragrant sweet and tangy fennel jam. This is a pushy recipe Dear Reader!

This burrata salad with fennel jam is such a delicious starter served with freshly grilled sourdough toast. It's the sort of dish that you want to make over and over again. This recipe was inspired by the burrata with fennel jam at NOMAD restaurant in Sydney. The recipe is online but I didn't actually google it before I started making it so I developed my own recipe which is, rather embarrassingly, a bit more complicated. Oops.

I love this recipe because apart from being delicious it can be made far ahead - like one week ahead. Make sure to buy a 150g/5oz burrata - I've accidentally bought 100g/3.5oz ones and they're fine for individual serves but simply not big enough for a salad like this. If you can only get 100g/3.5oz burratas then I would suggest buying two. 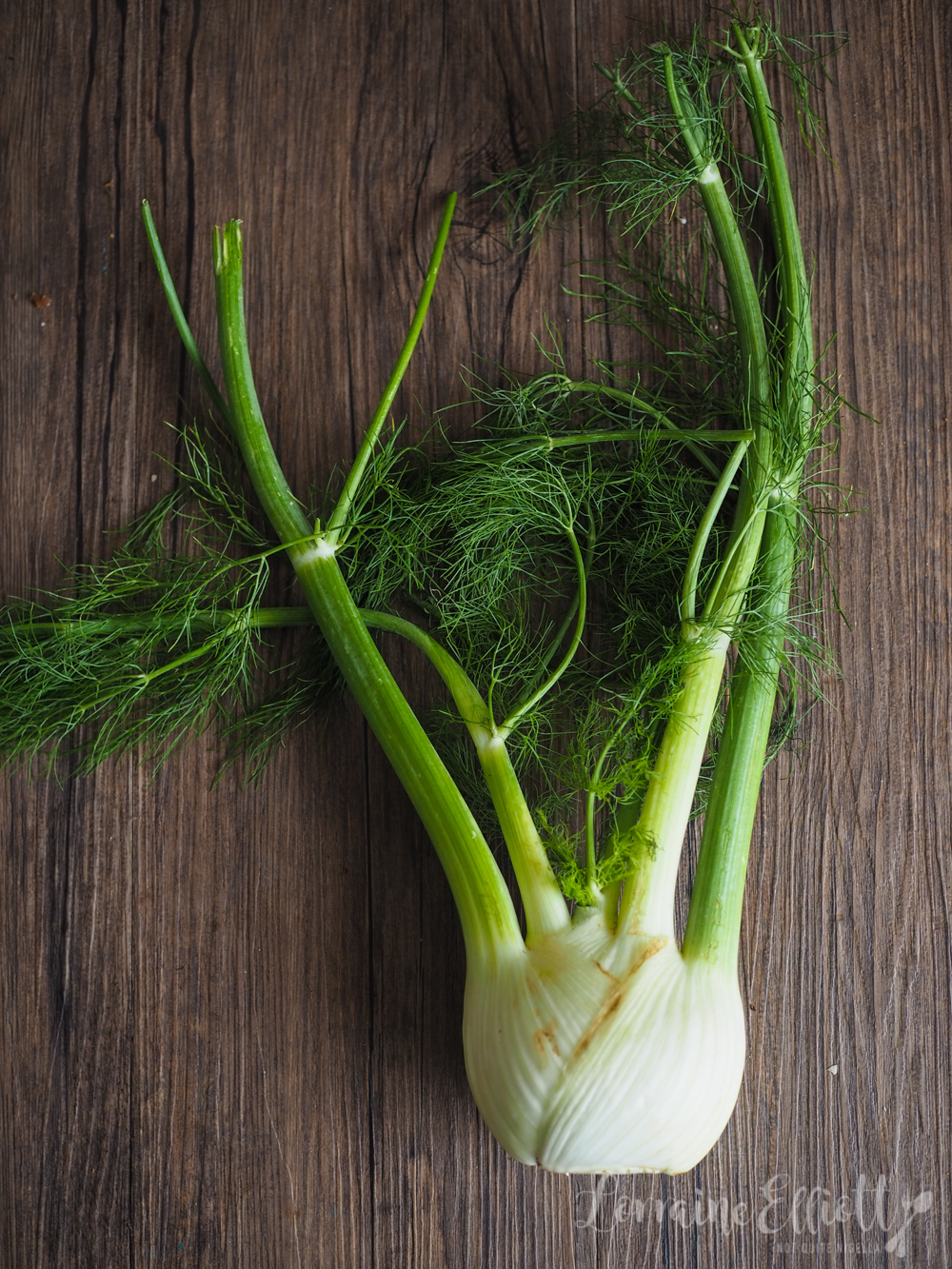 Since summer has well and truly arrived (well with a side dish of rain along with the hot weather), we are eating a lot of salads like this for dinner. They're light, filling and so full of flavour that a salad plus bread just does us fine for dinner. Also after Christmas we are trying to eat a bit more vegetables as there was so much meat at Christmas that it was a bit overwhelming. It happens like this every year and January tends to be a more salad-ful healthy month.

On the subject of vegetables, on New Year's Day I did a radio interview on 2GB. Radio is always easy and a pleasure to do, there's no dressing up and they don't throw you any odd questions or surprises and did I mention that you didn't have to get dressed up LOL? (I have enjoyed not wearing makeup so much over the break that I wondered if I would ever do it again). The topic was vegetables, specifically cauliflower because after Christmas people wanted something less meat heavy after the celebratory meals for Christmas and New Years. 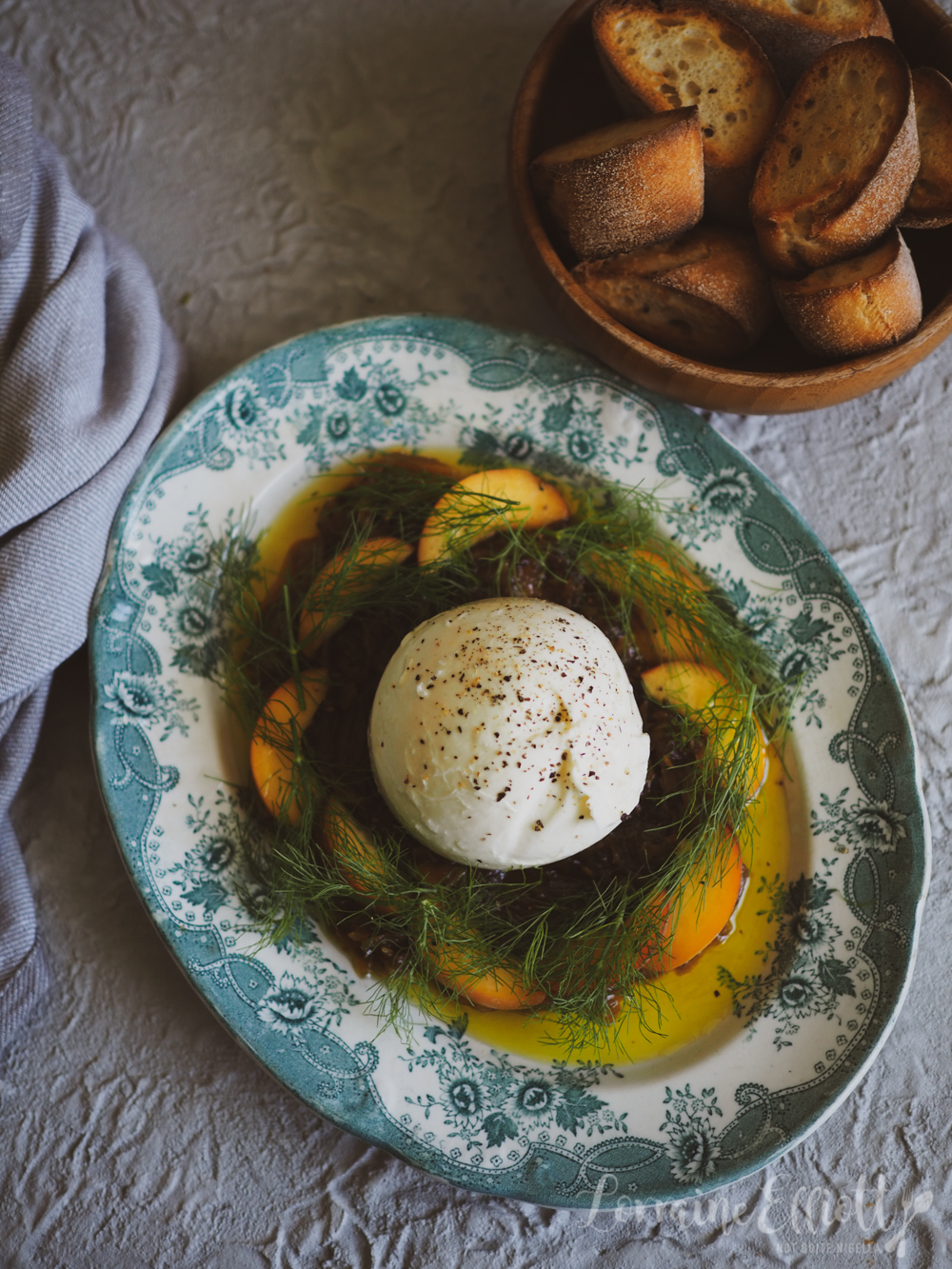 The producer called me on my mobile and I answered and we had a very brief chat. They usually make sure you're on the line in the ad break before the segment so I waited on the line. Then I spotted my new earpods sitting next to my desk. Figuring I might get better sound using them I slipped them in my ears amd waited. The host came on and it all went great until I started answering my question. The sound in my ears was odd, like it was disappearing and sounded a bit distorted. Whenever I have talked on the phone it was normal and perhaps this was because it was on the radio or what was causing it. It threw me a bit and I wasn't sure if he was hearing me normally or not (and it's not like he was going to say "Hey what's up with your sound?" in the middle of the interview). So it continued with my voice sounding distorted in my ears and truthfully if I sounded distracted I was. But like all radio interviews, it's over before you even know it. When I was finished the producer came back on and said brightly, "It sounded great, thanks!' 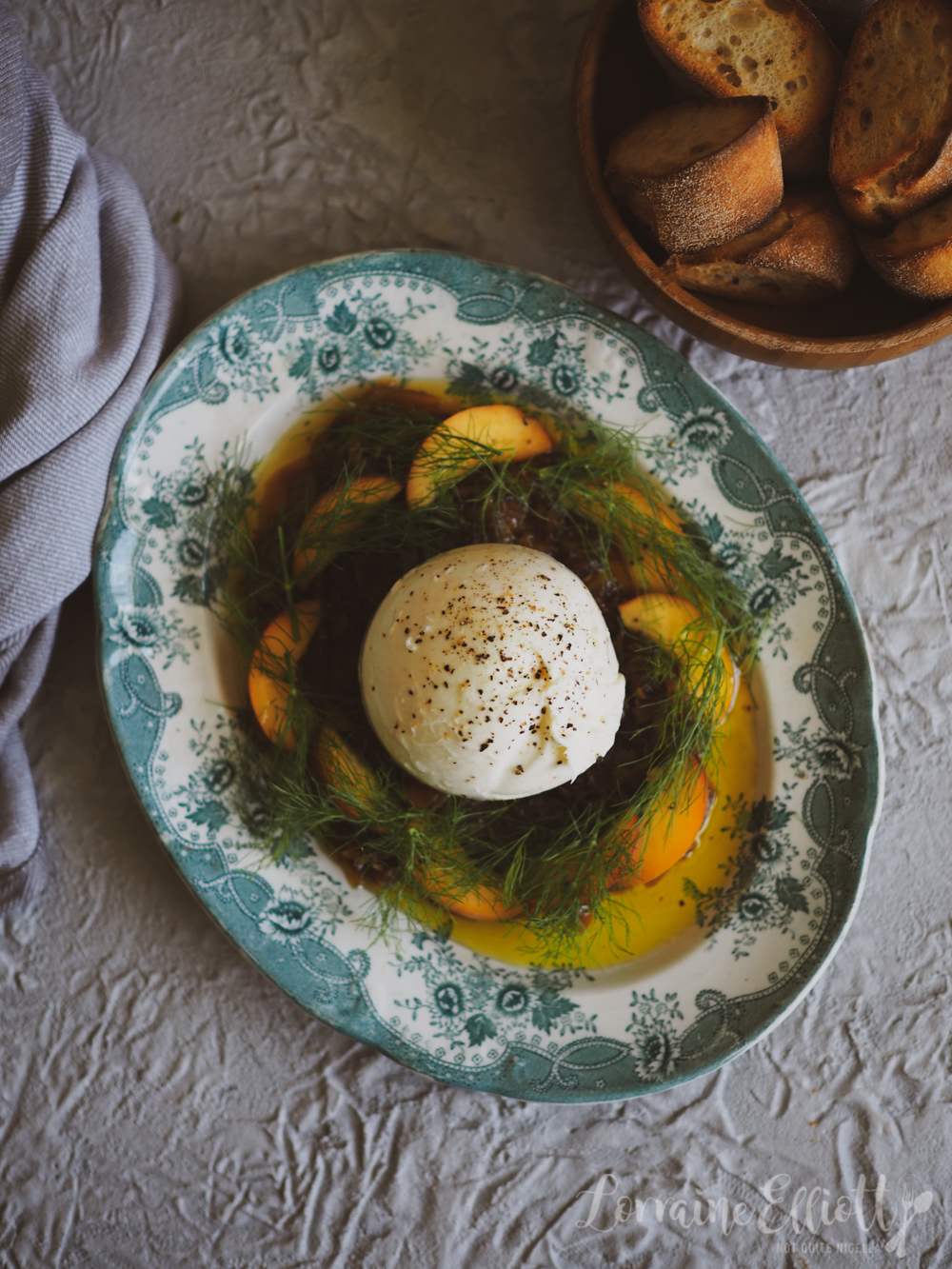 We discussed all the wonderful things you can do with cauliflower like cauliflower steaks, coronation cauliflower and butter cauliflower. Sadly we didn't have time to discuss all the virtues of fennel, a vegetable that I never used to buy but thanks to my vege box delivery, have grown to very much love over the past few years!

So tell me Dear Reader, are you eating more vegetable dishes post Christmas? How do you feel about fennel?

Tip: make double of this fennel jam. It's wonderful with cheese and on sandwiches! 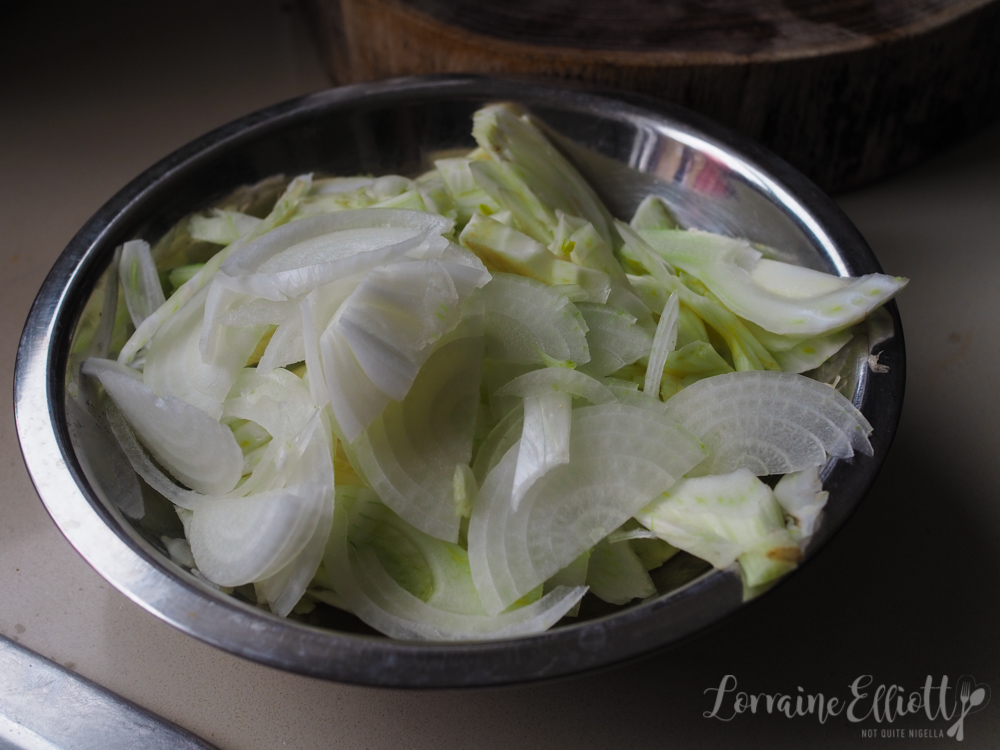 Step 1 - In a frying pan, dry fry the fennel seeds for a minute or two until fragrant. Add half of the oil and the fennel and onion and sauté on medium heat adding more of the oil when needed. Sauté for about 10 minutes. Then add the brown sugar and apple cider vinegar and keep cooking until very soft and caramelised and letting the liquid absorb and become a glaze. Lastly add the brandy in and cook for 5 minutes until the brandy is absorbed into the fennel mixture with a bit of glaze left. Place in a jar until needed. This jam can be canned if you use proper canning procedures. Otherwise it can last for 7 days in the fridge. 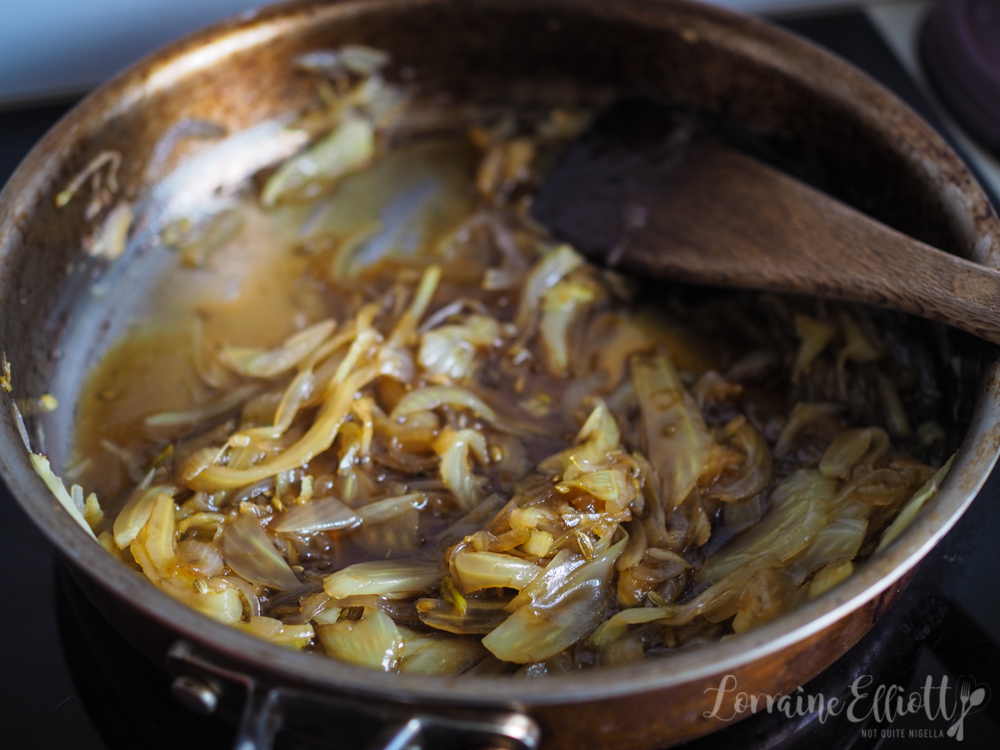 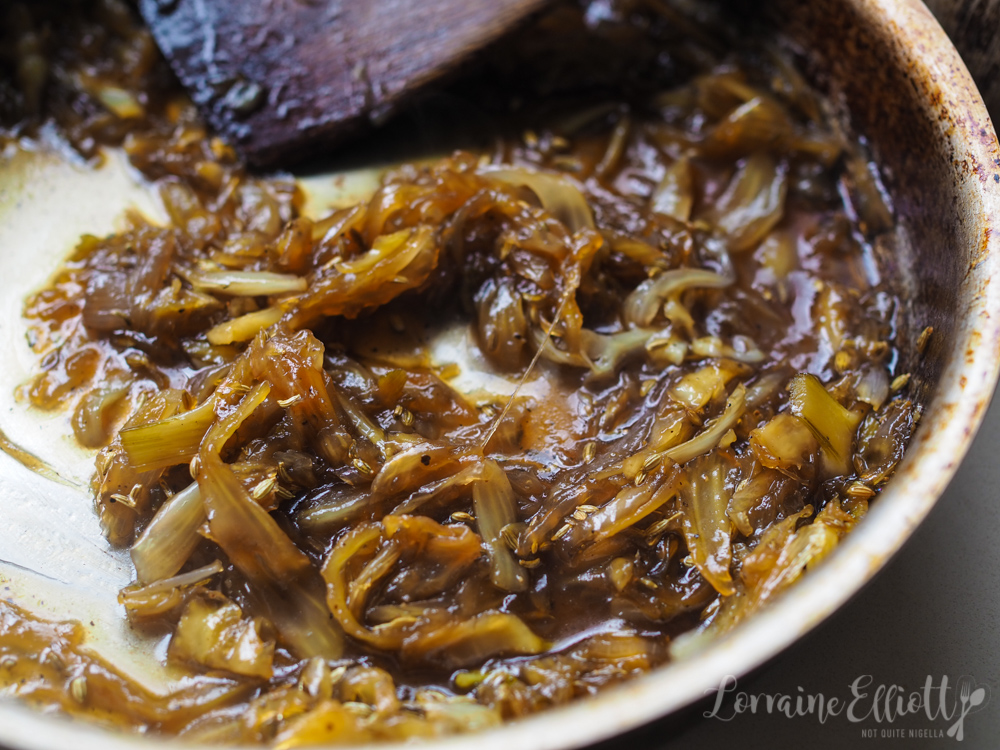 Step 2 - Spread the jam on the base of a serving plate and place the burrata in the centre. Fan the peach slices around the burrata and drizzle with olive oil. Decorate with fennel fronds and serve with grilled bread. 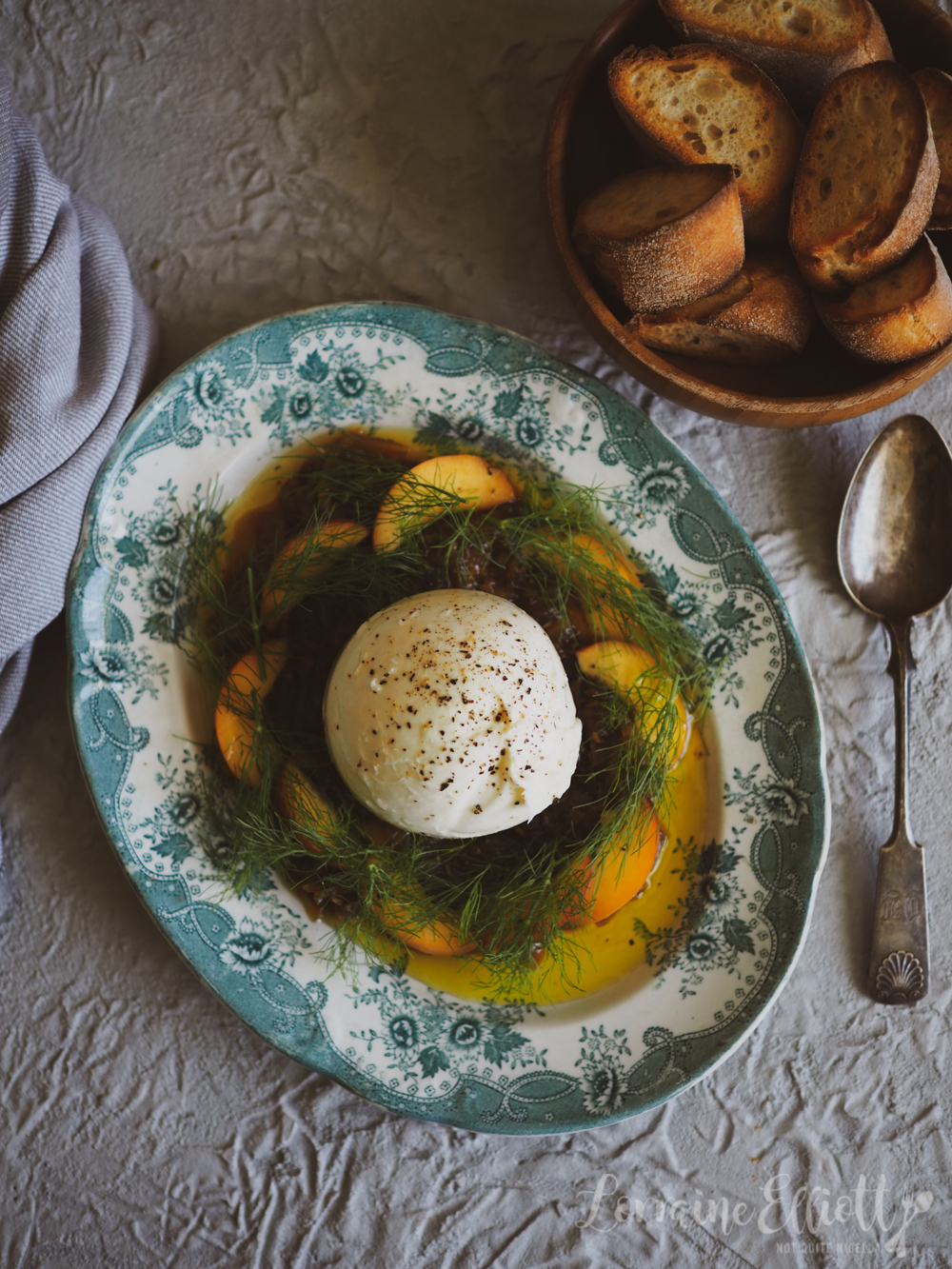