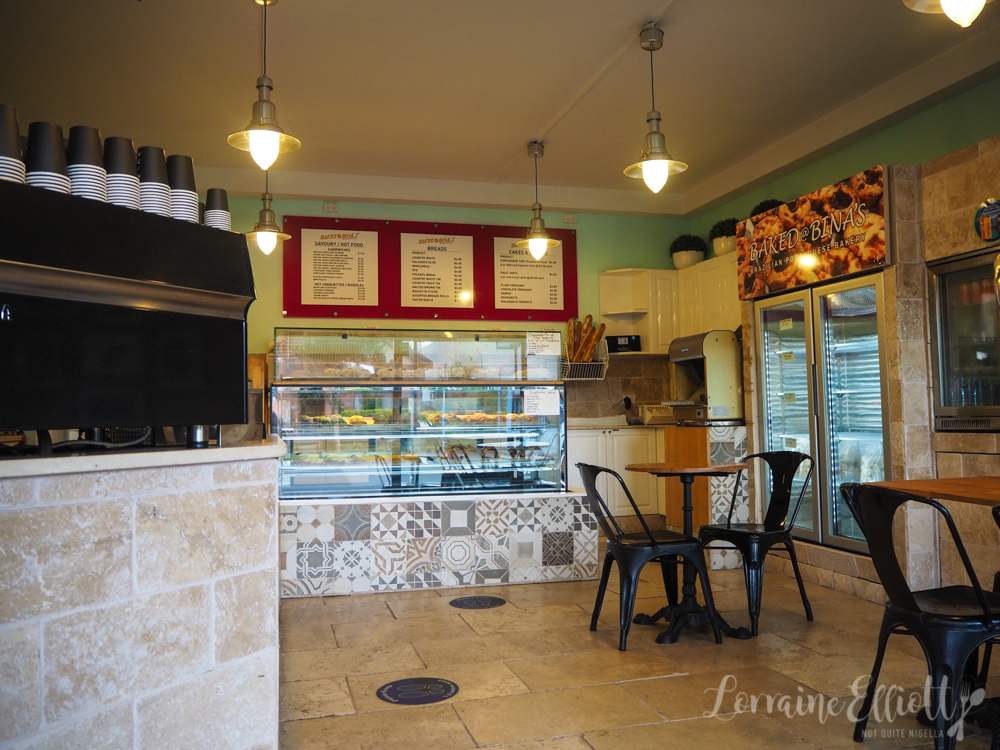 Baked At Bina's is a Brazilian and Portuguese bakery located in Earlwood. There is a huge range of breads like Bolo do Caco, soft pao de leite or milk bread or pao de milho (cornbread). For lunch there are filled sandwiches made fresh to order and a display of sweets from sonhos donuts to the ever popular pasteis de nata or Portuguese custard tarts. 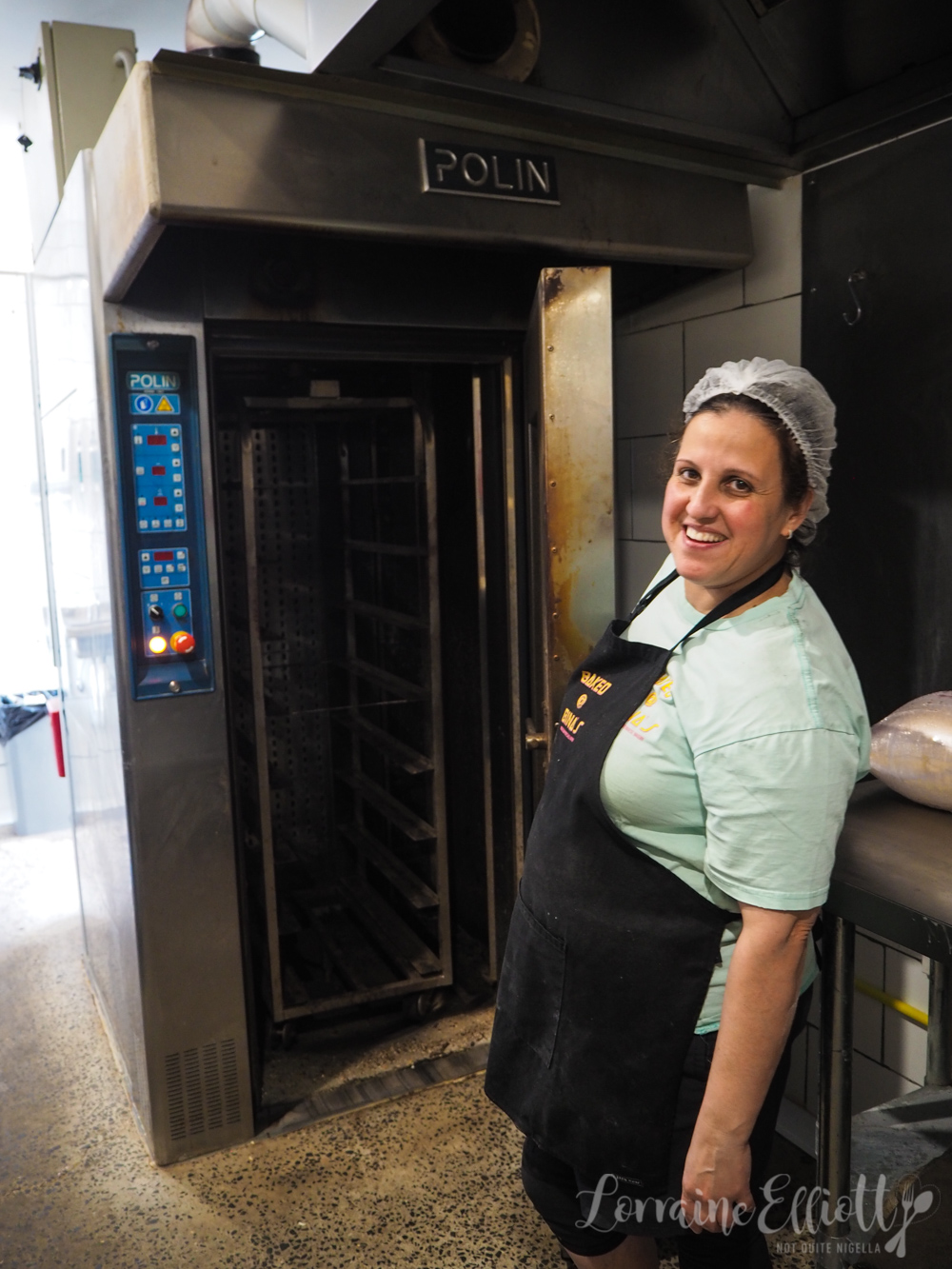 Valentina's friend Daniela first told her about Baked At Bina's. She had bought some pasteis de Nata or Portuguese custard tarts for dinner and we decided to go back to explore the menu a bit more . Baked at Bina's bakery is simple - there's a glass fronted display featuring a range of their sonhos or donuts as well as more traditional Aussie staples like pineapple donuts. There are a few indoor tables as well as a couple of outdoor tables. 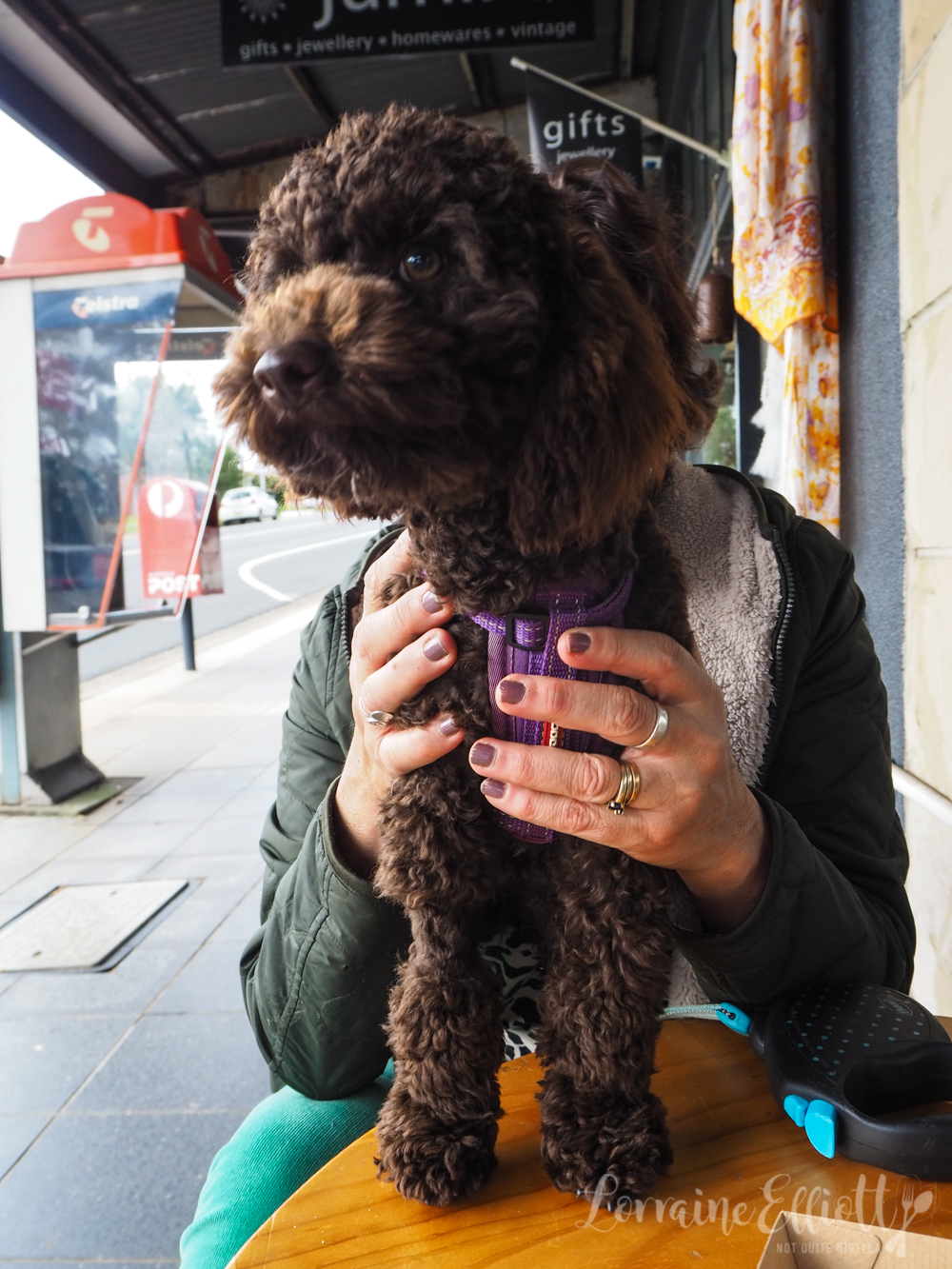 Milo has his first cafe visit

As I'm looking up at the board trying to decide what to eat, a voice pipes up from behind the counter. It's Bina and she is super friendly, sweet and helpful. I ask her what she recommends and she recommends a few things to me. Sabrina Dias (aka Bina, her nickname) is Brazilian Italian and her husband Brian is Portuguese Australia (named after Brian Henderson the news reader). 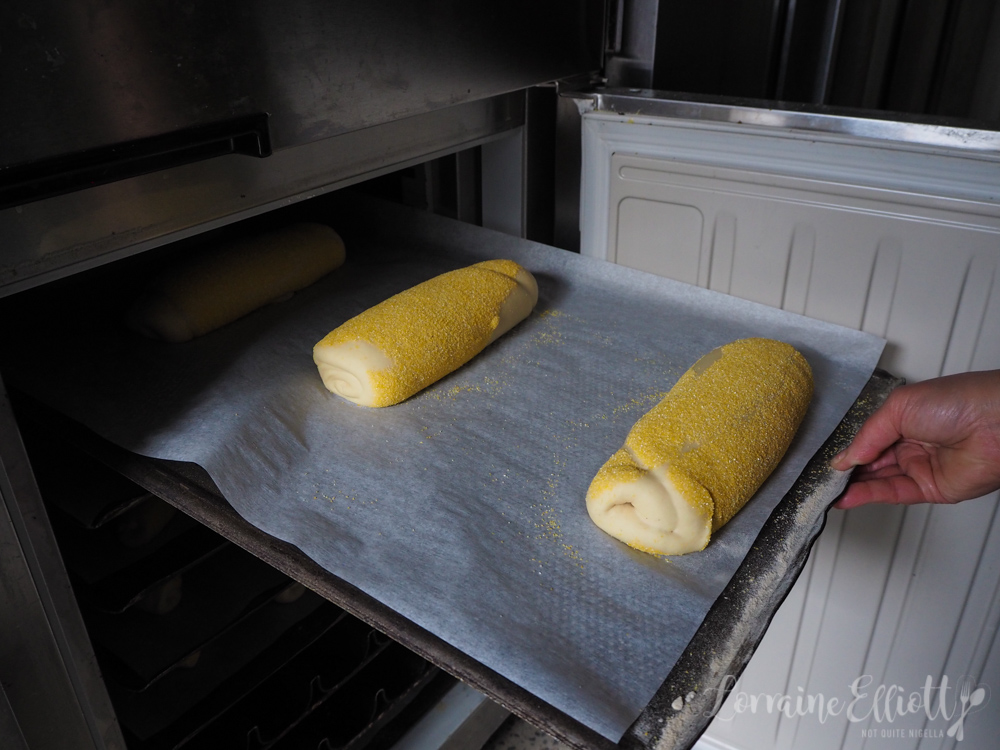 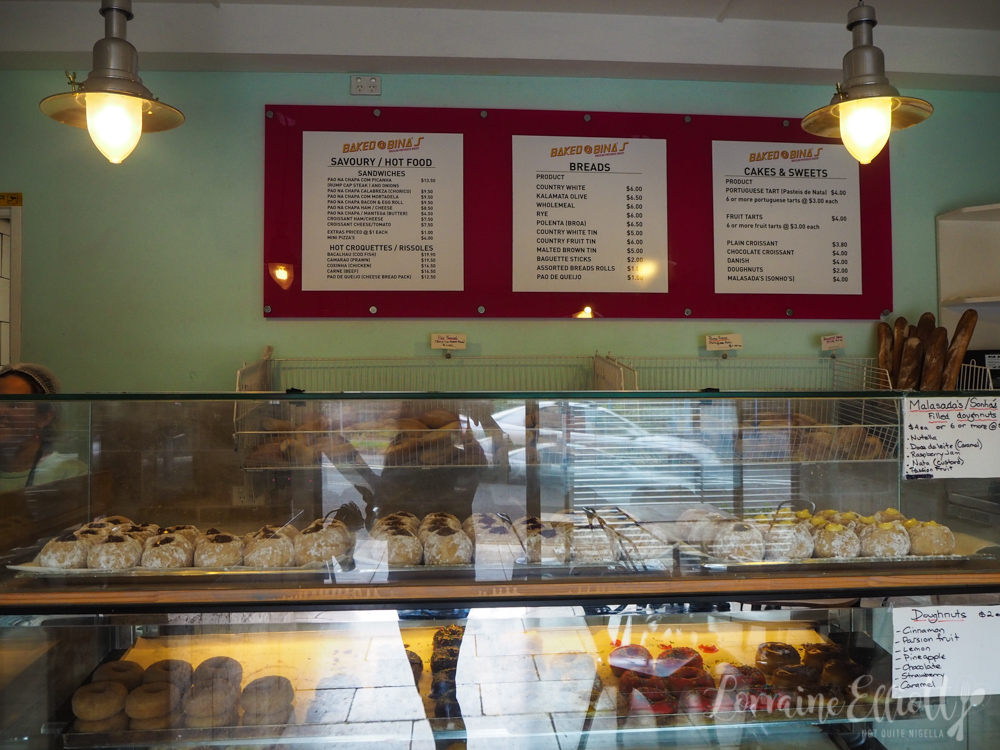 Sabrina moved to Australia 22 years ago and met Brian. While she had never worked in food in Brazil she started her career in food here working in various food companies learning all about baking and food. She was a head chef at Glick's bagels and then went onto get her pastry chef credentials in 2016. When they first conceived of the idea of Baked at Bina's, Brian wanted to ensure that the bakery had wide appeal not just for their Brazilian Portuguese customers. All of her breads come from the same dough but produce different results based on how they are baked. The dough rests for 16 hours and often Sabrina will dust them in polenta for flavour and texture or sometimes polenta or rye is baked into the loaf itself. 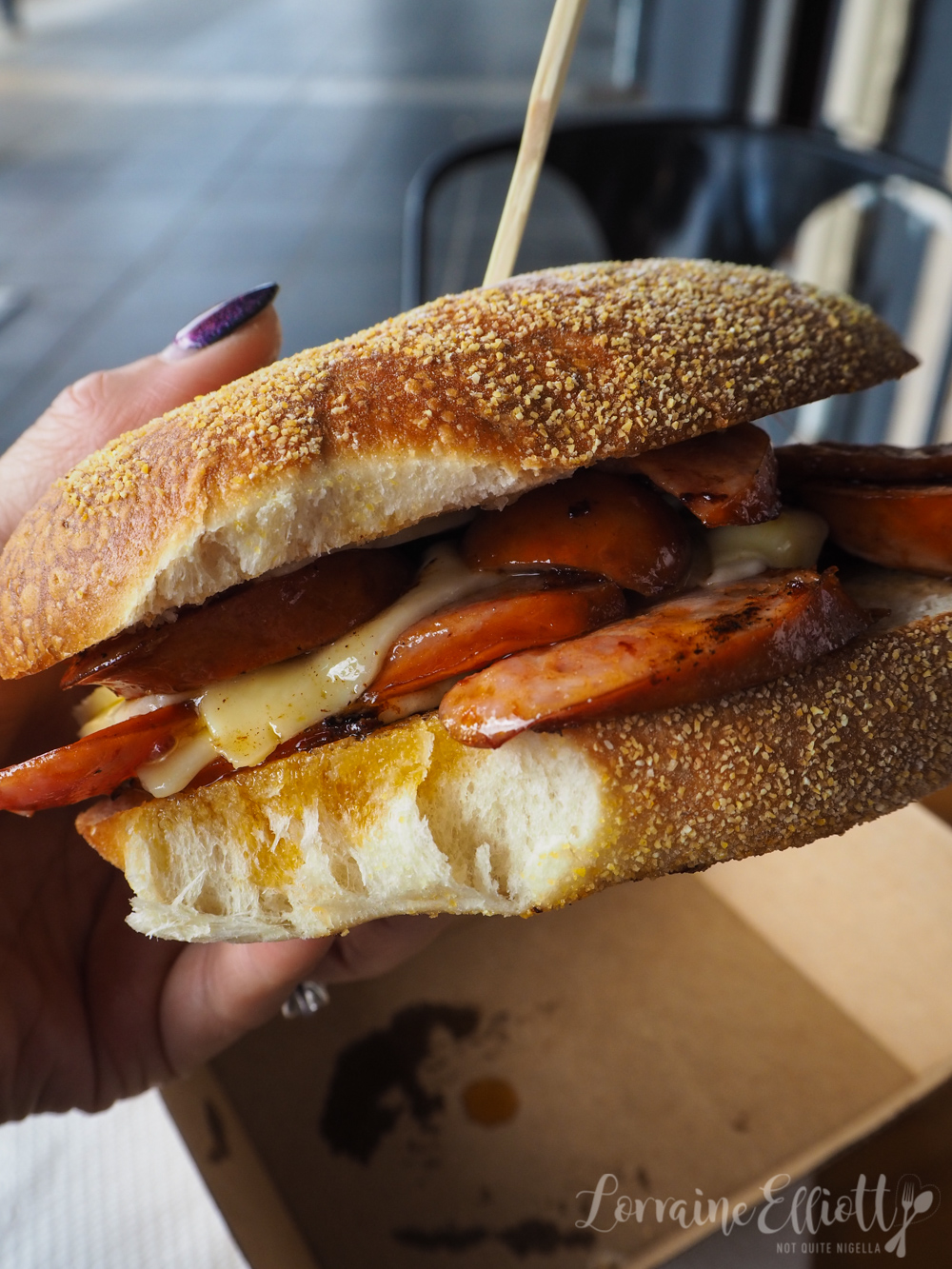 For the lunch sandwiches there are two breads you can choose from: a Portuguese bread (Papo Secos) or a Brazilian bread (Pao Frances). The Brazilian bread is more like a short baguette while the Portuguese bread is slightly shorter and fatter. Since I'm having a Portuguese sandwich I go for the Portuguese bread. Bina brings this out freshly warmed with such a generous amount of chorizo and melted cheese. The texture of the bread is soft, thick and wonderfully fresh. It's such a nice change to sourdough, which I like, and I realise how much I miss these breads from South America and Portugal with their dense, even crumb. 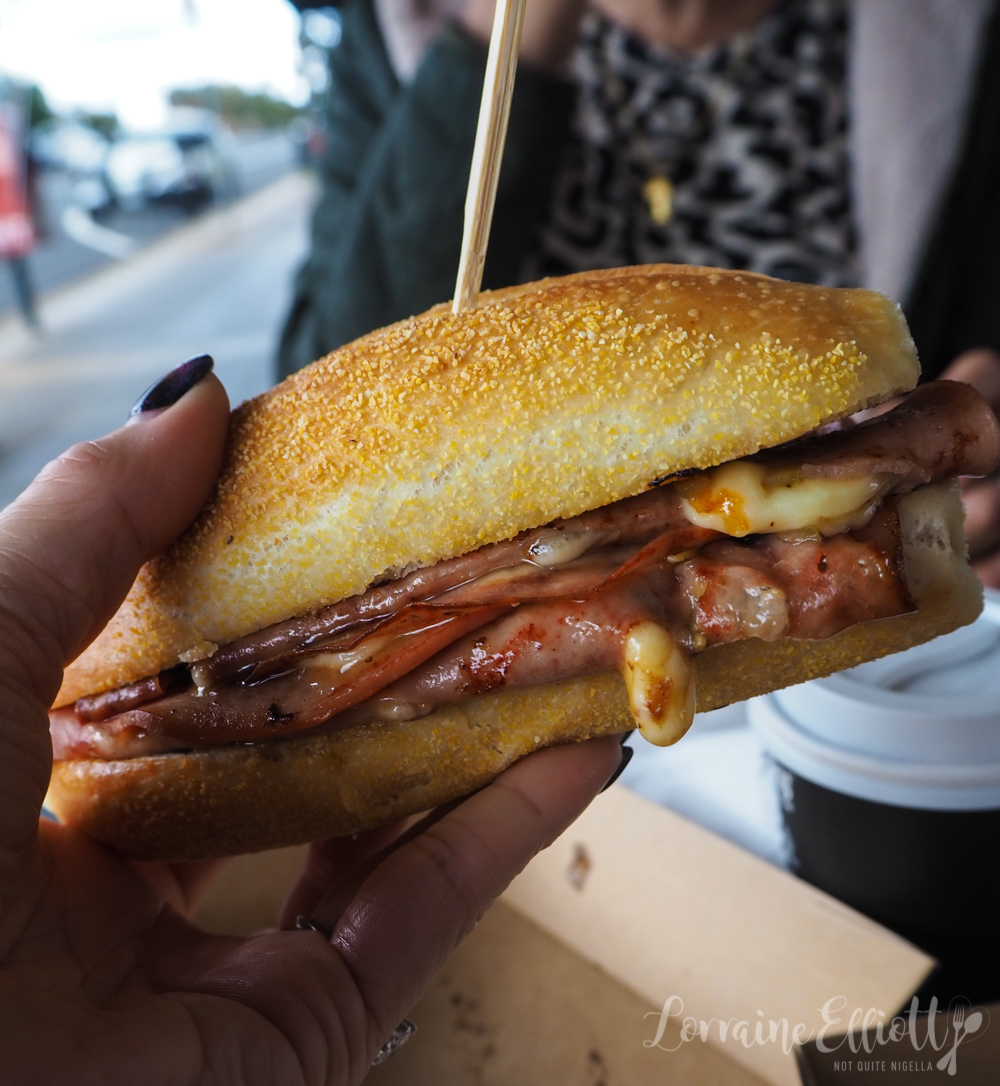 I also try the mortadella roll that Sabrina also recommended. She brings out the mortadella sandwich with a plastic knife. I'm so used to the thick sourdough crust I'm thinking there's no way that a plastic knife can cut through the bread but it slices easily. It's a toss up between which one I like better but I think the mortadella with melted cheese is simple perfection. The ratio of filling to bread is just right and I really love the texture of this bread with its thin crispy crust and dense crumb. 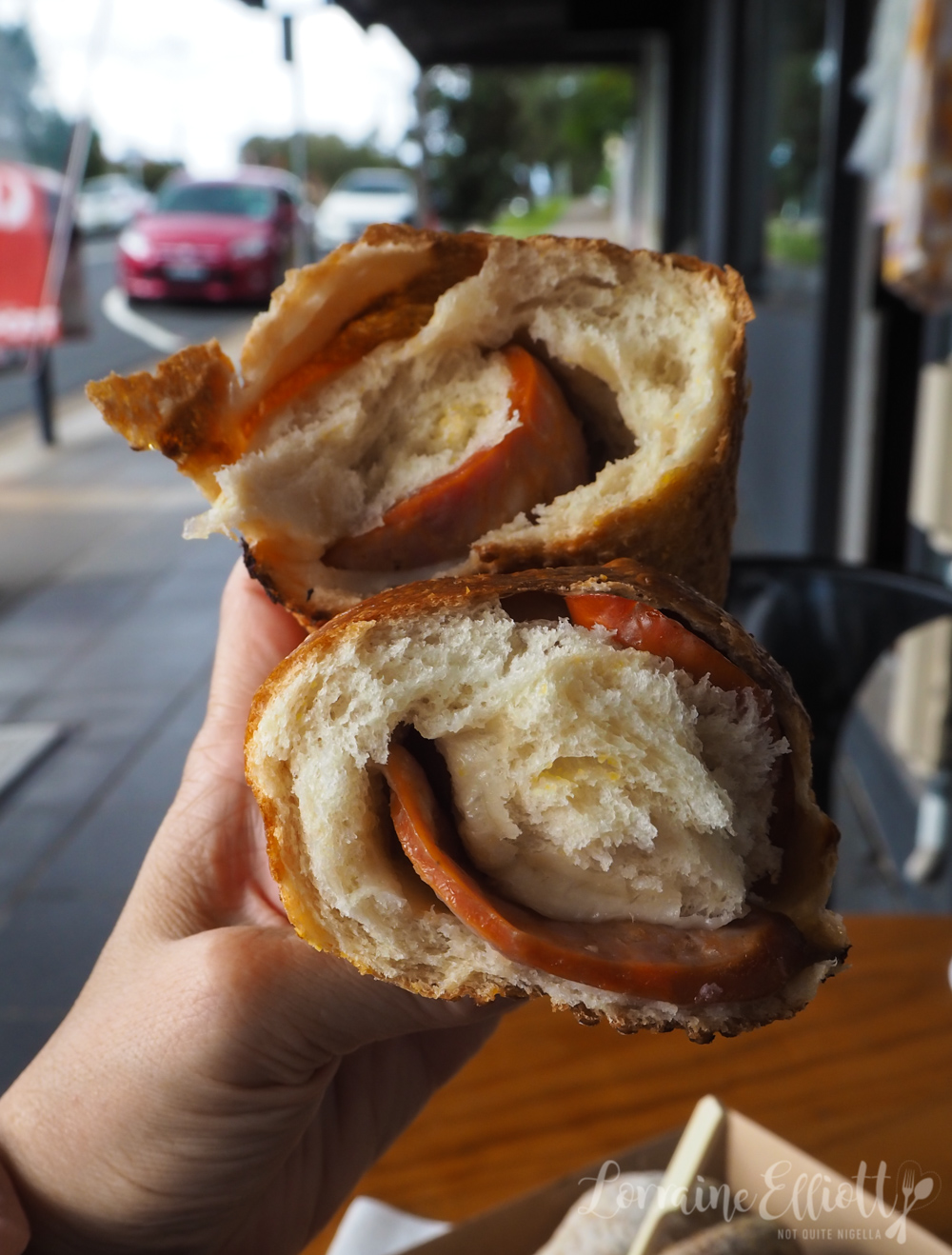 The chorizo they use is nicely smoky and baked into the bread. Out of the two I prefer the sandwiches although this is a nice portable version. 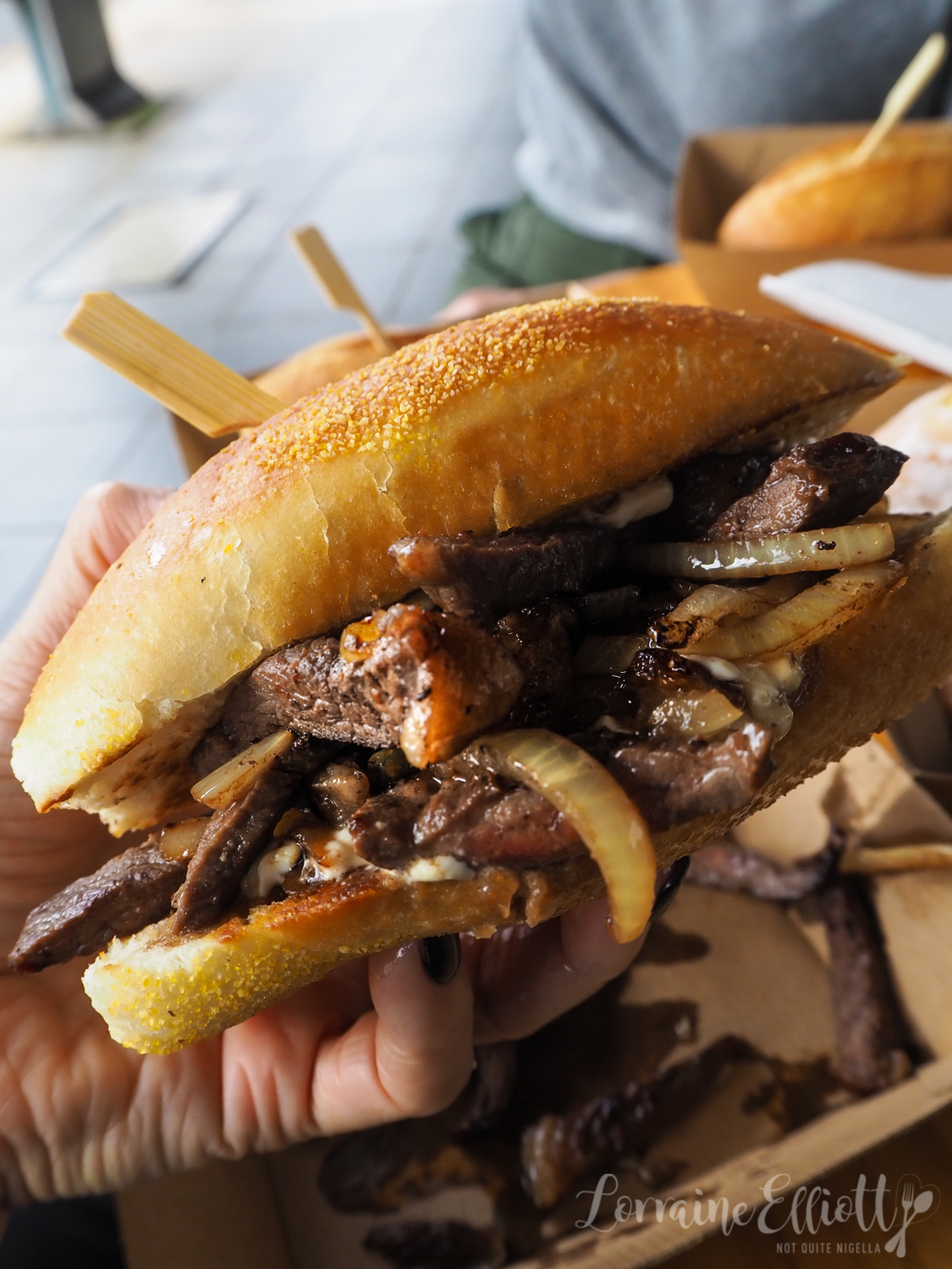 I'm so enamoured of their sandwiches that Valentina and I make a return visit for a quick lunch time the following week. This time I've got my order all ready in my head: first a Picanha or steak sandwich, a pasteis de nata, a malasada donut and some bread. The picanha comes with tender, sliced picanha steak (one of the most popular cuts in Brazil from the rump cap), fried onions and cheese. There's so much steak in this that it is spilling out and yet I devoured every bite. This and the mortadella are my favourite sandwiches. 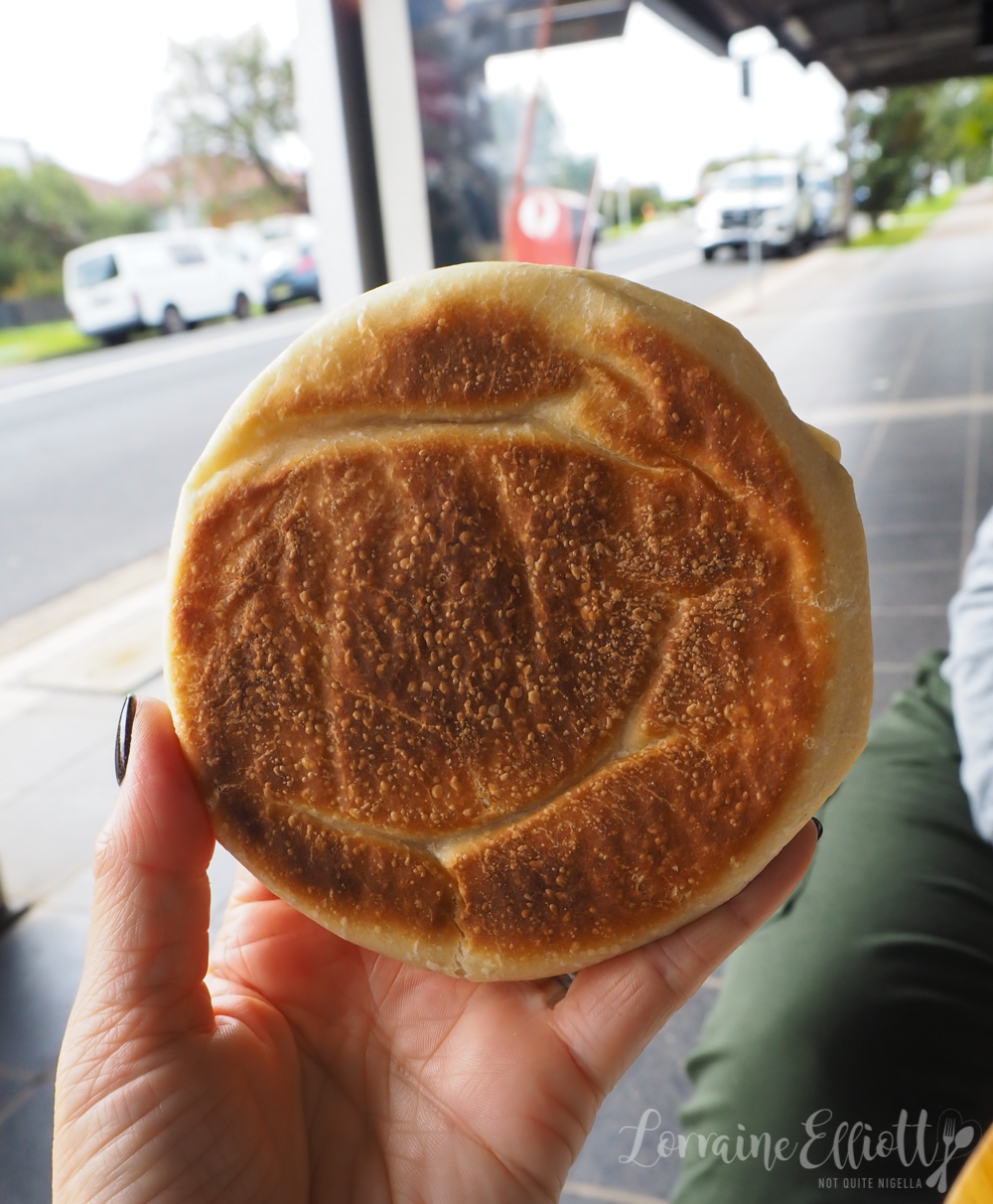 The bolo de caco is shaped like a round cake and that is how it gets its name Bolo. It is a Portuguese bread that originates from the Island of Madeira. It's great for filling for sandwiches and served with garlic butter. 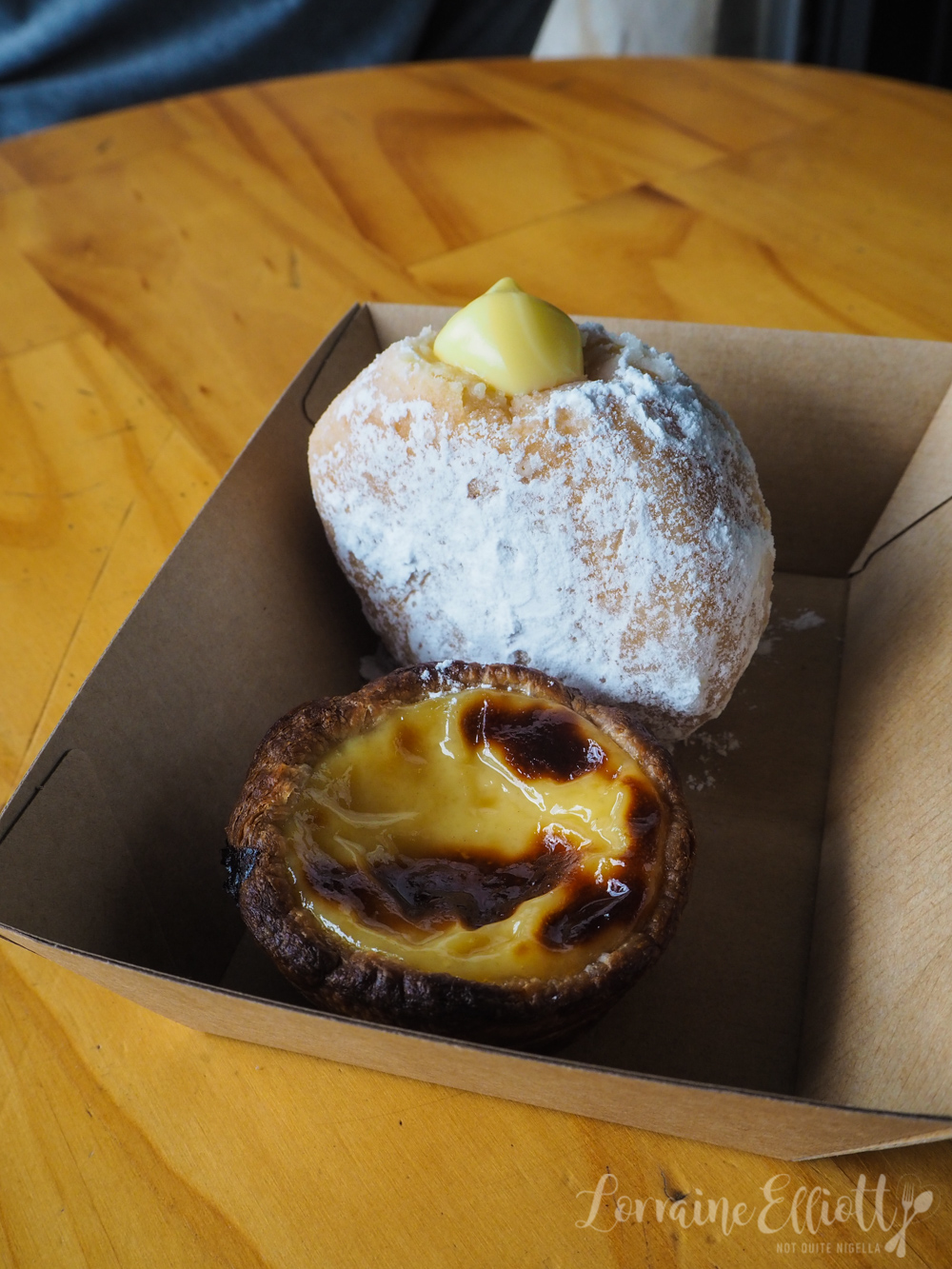 Their Malasadas or Sonhos come in a range of fillings from doce de leite (caramel), nata (custard), Nutella (hazelnut chocolate) and raspberry jam. These are wonderfully light and spongy and come with a silky vanilla custard inside. 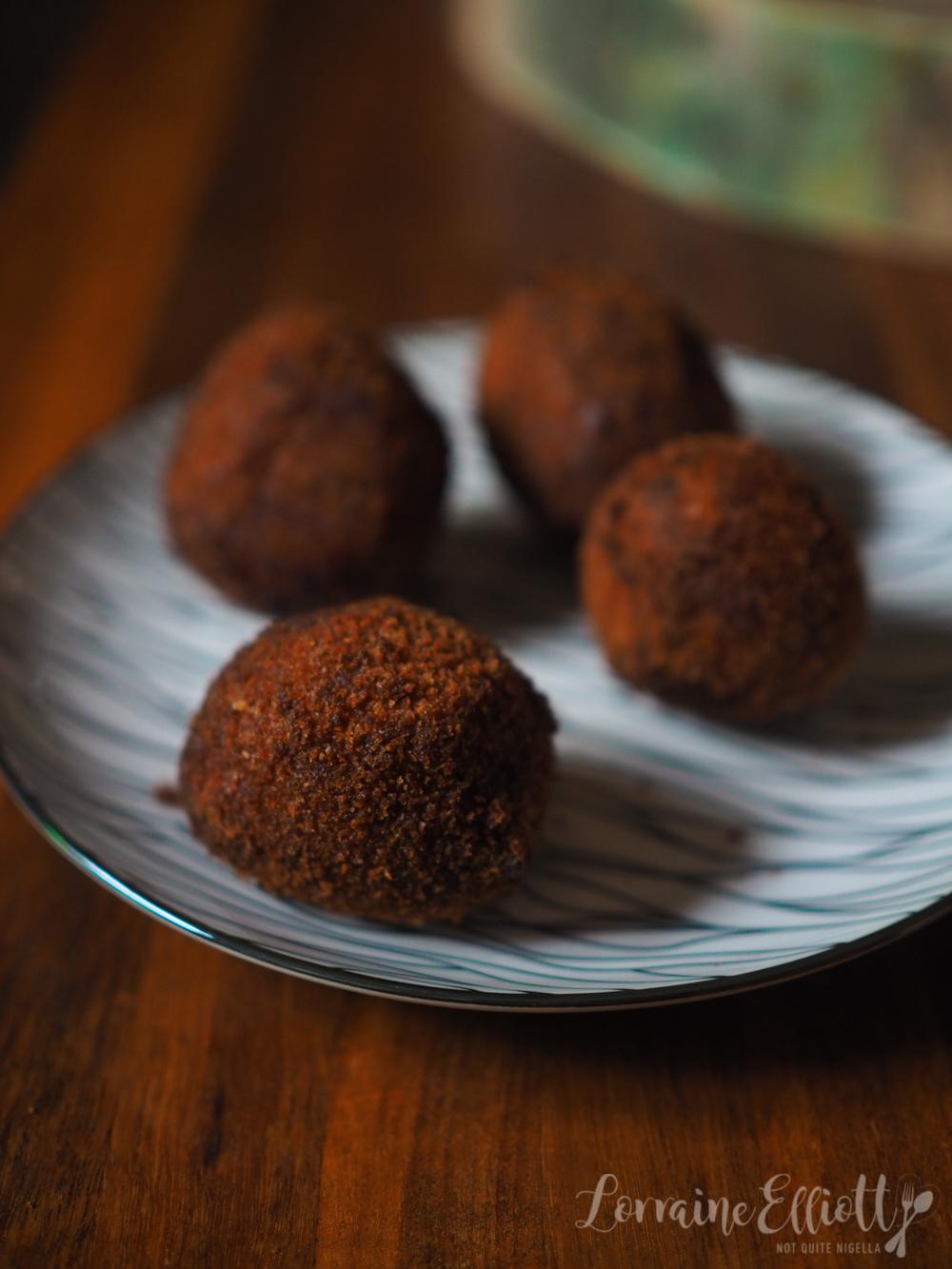 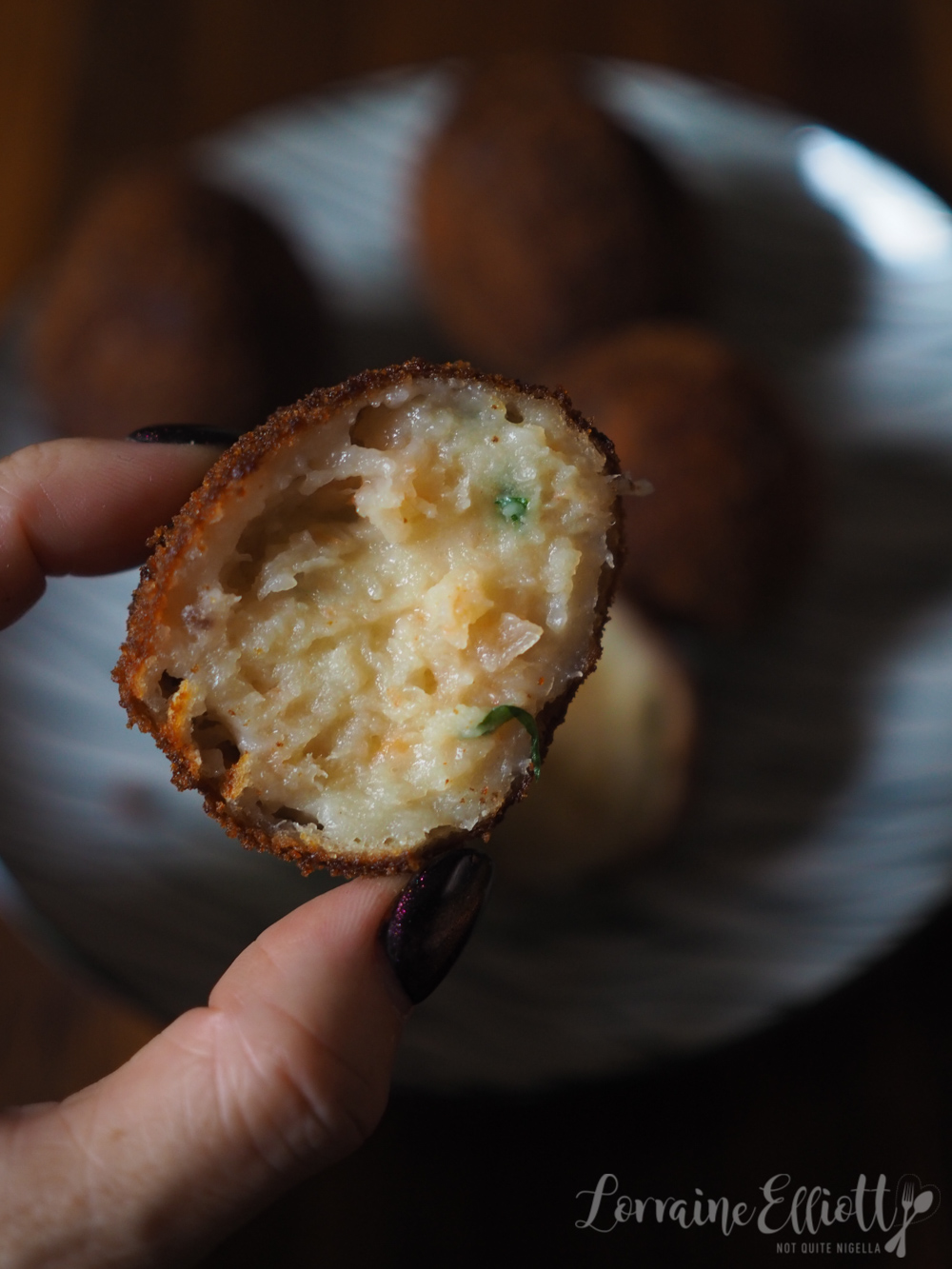 There are a few different types of croquettes available from Coxinha (chicken), beef and bacalau but I went for the prawn croquettes that are sold frozen in 1kg bags. These can be deep fried or air fried/baked in the oven (just be sure to spray with oil before air frying or baking). I deep fried a batch and they are absolutely delicious with a really thin, crunchy outer and very soft filling. 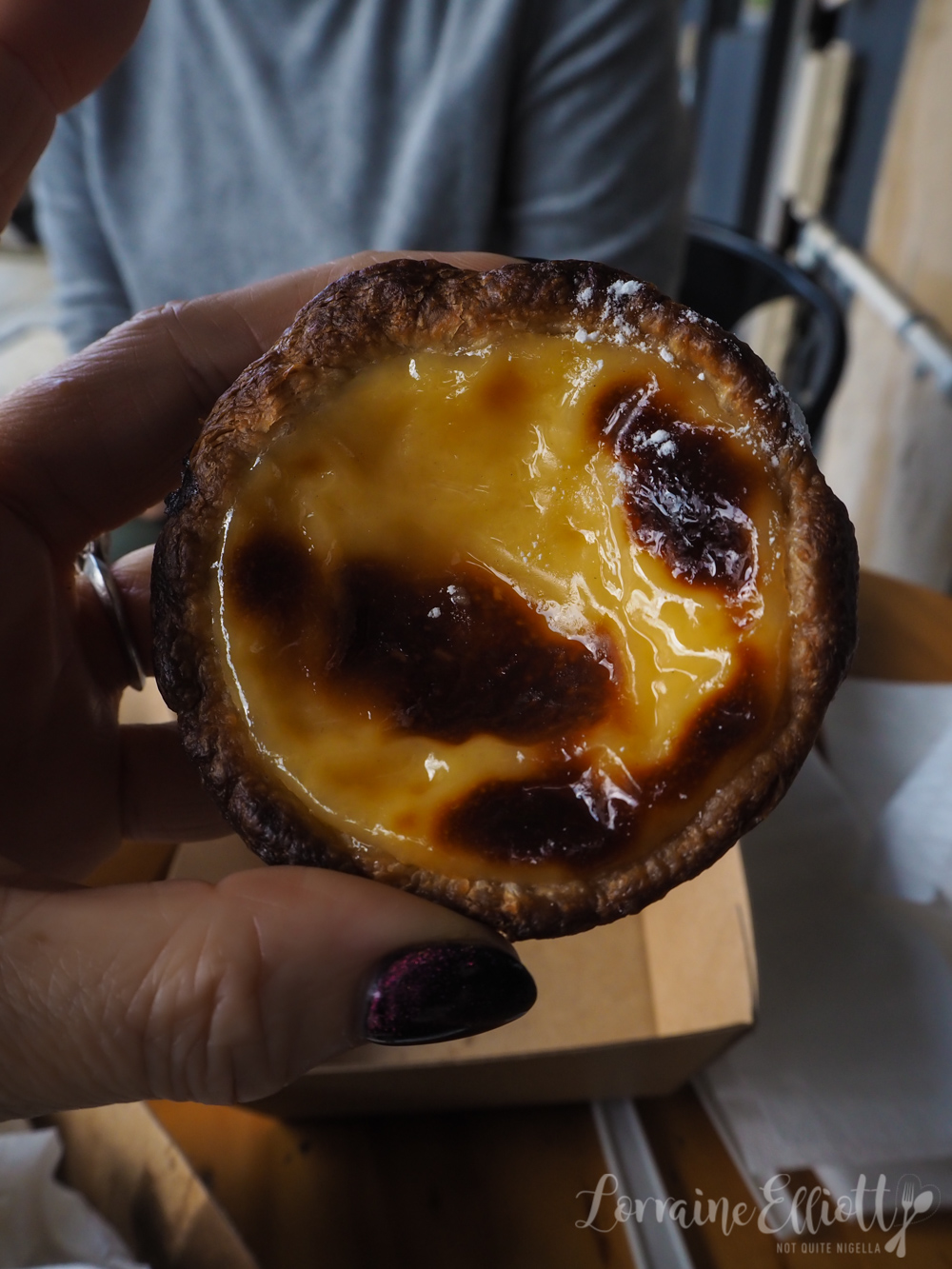 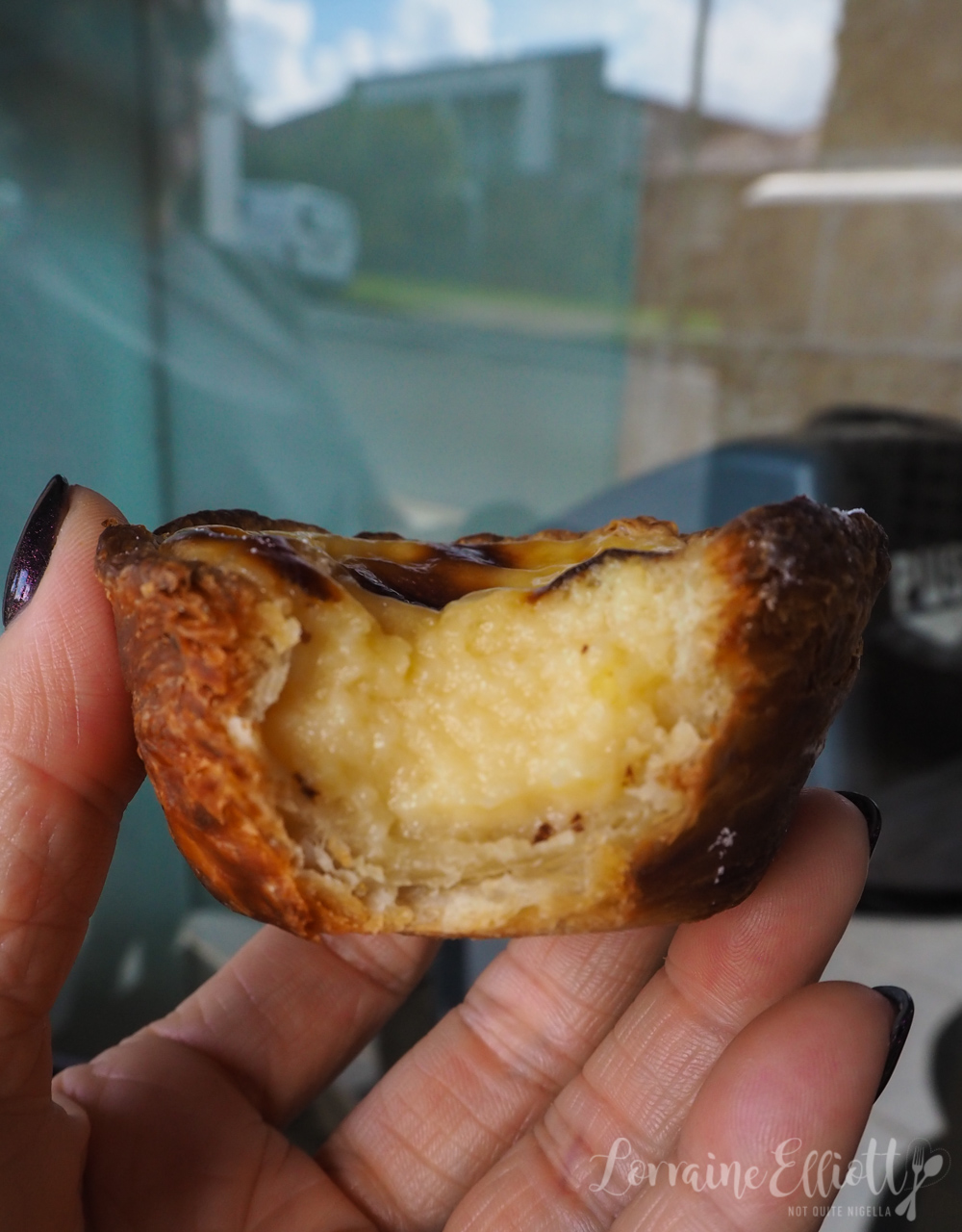 As for the Pasteis de Nata, Sabrina makes around 2,000 of these Portuguese custard tarts a week. Her pasteis de nata has a wobbly, silky custard and a crispy base. They're best gently heated up in the oven at home to bring out the crisp base and custard. 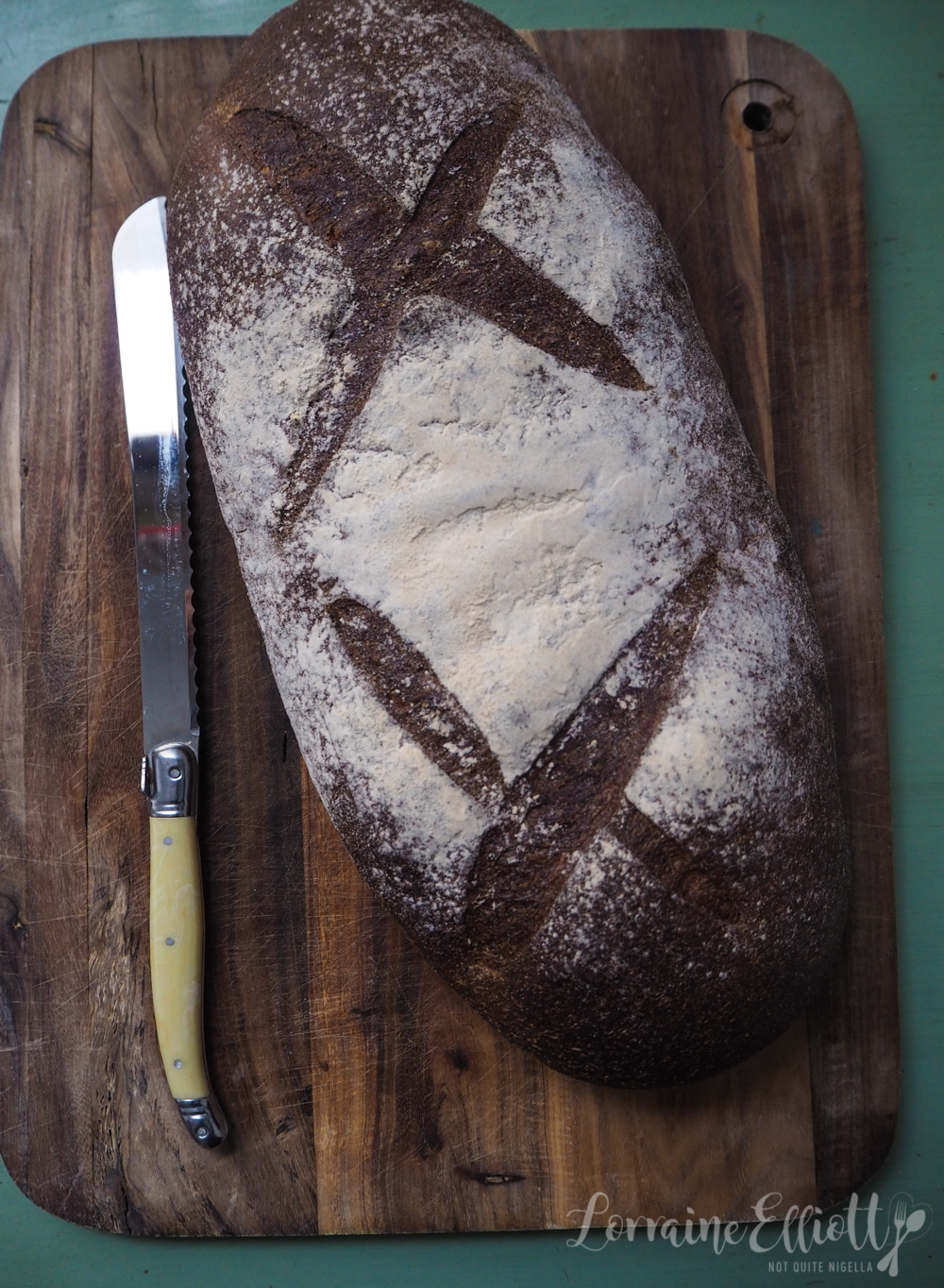 The bread is also incredibly well priced and what I really love about this bread is that it has a nice thin crust and the inside is soft and pillowy. The polenta loaf makes wonderful sandwiches with a slight sweetness to it although most of their breads apart from the milk bread don't contain a lot of sugar. 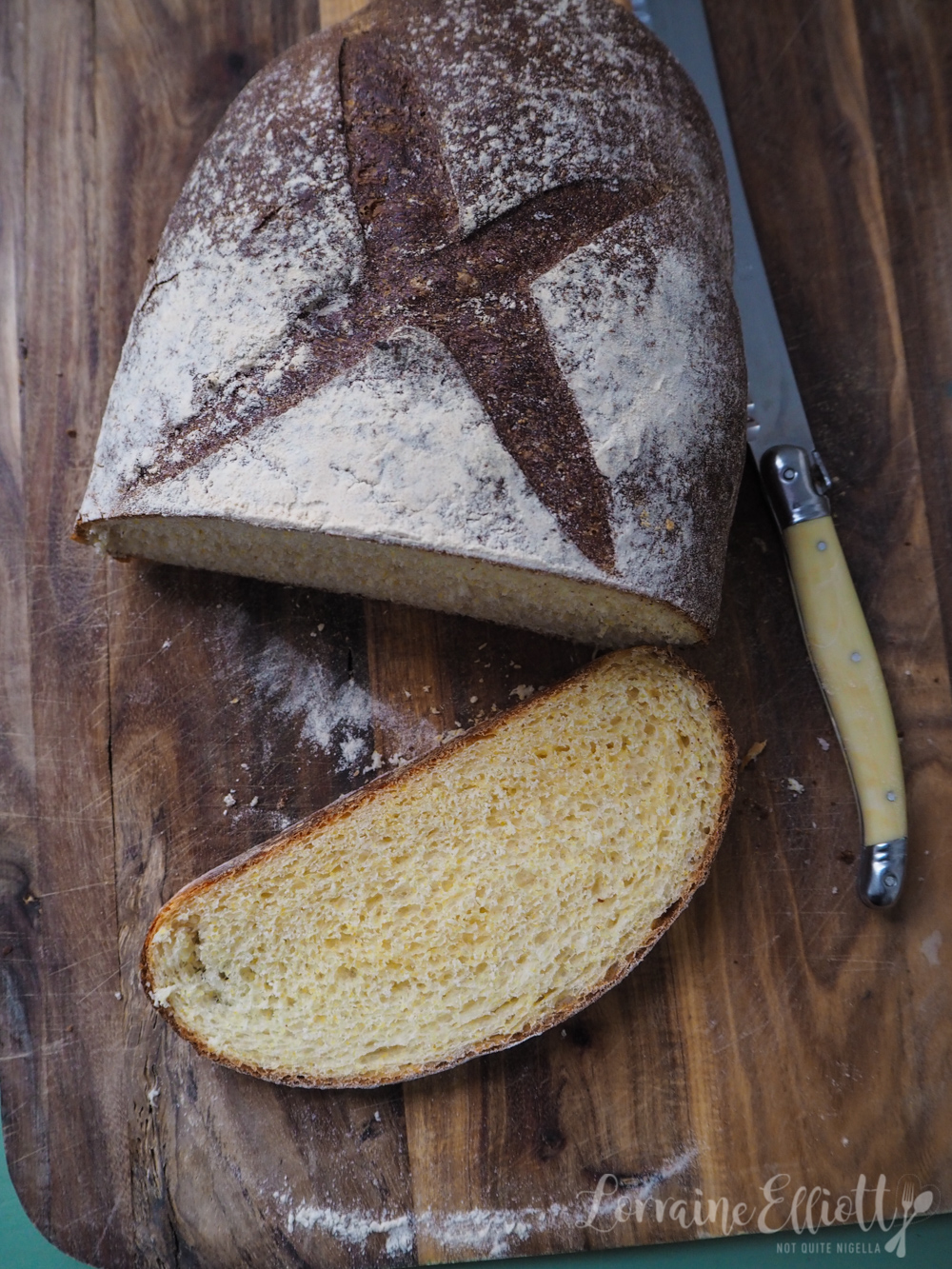 The French stick is fantastic too. Again the crust is so crisp but the inside is soft and downy. It's a very different proposition to baguettes bought in supermarkets. 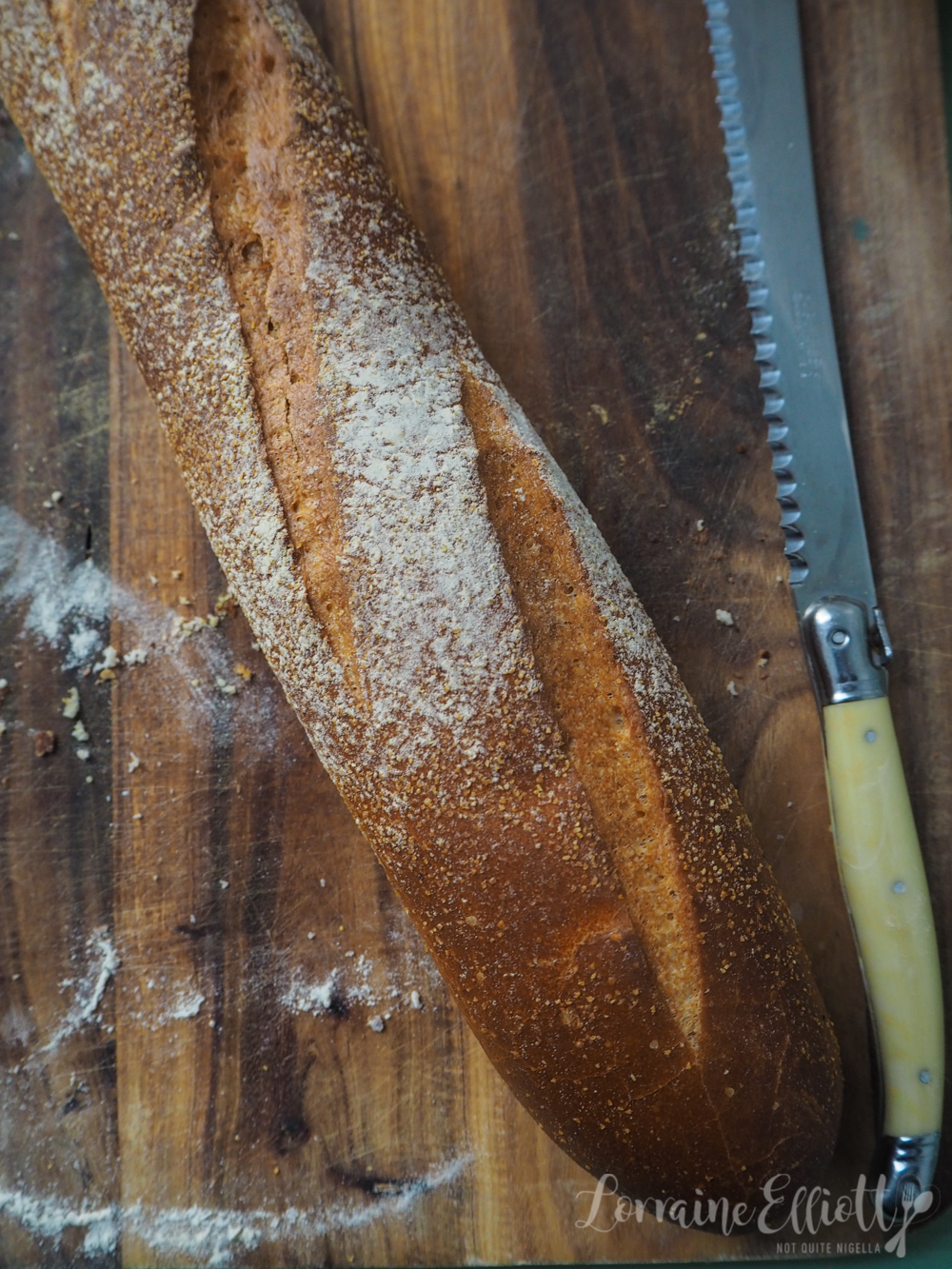 Currently Bina bakes around 2000 breads a day but on weekends it can double in number. They do a bit of wholesaling but mostly it's the customers that come here every day for their bread. And they have plans to move to bigger premises a bit closer to the city once they can find a space as demand is growing steadily.

"This is my culture. I like to make people like and taste what I am doing," says Bina.

All of this food was independently paid for but Bina did give me the baguette.