Campos Coffee is apparently the current coffee of note. Chefs and patrons alike are recommending it in droves and I had heard that one of the best places to have it was at a place called Electric Bean in North Sydney. I'll say one thing for them, it takes guts to open up a place within steps of the omnipresent coffee chain monolith Gloria Jeans although I admit I don't know who was first. 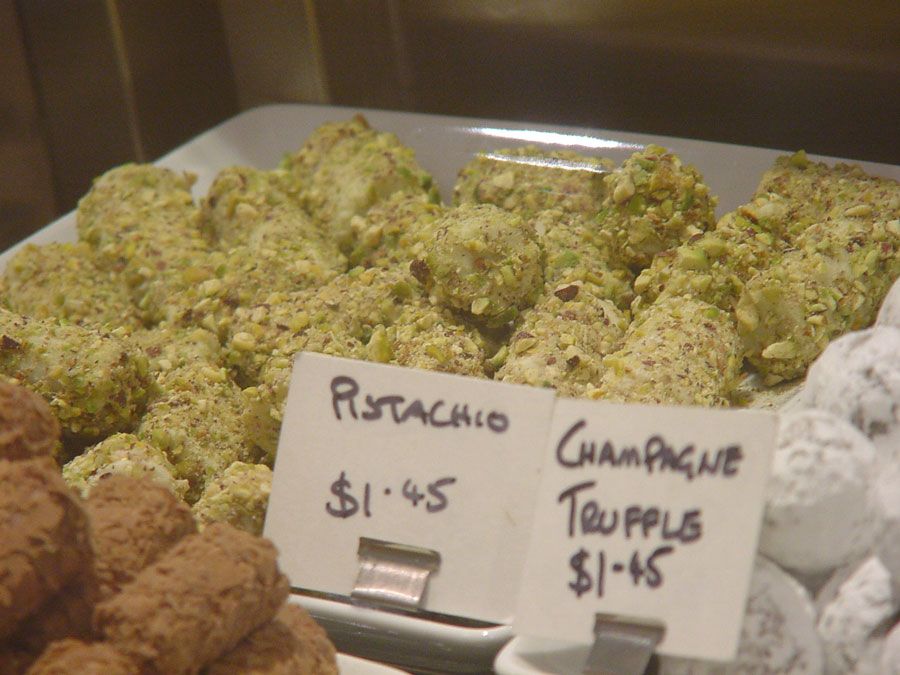 There aren't a lot of sandwiches on offer and we're really more interested in the coffee than anything else. They are known for their large selection of chocolates, priced either per chocolate ($1.45) or by weight. Some of them look familiar to what you'd find from Belle Fleur and Colefax from David Jones (Champagne Cork and some of the truffles) but some I haven't seen before including the delectable looking Pistachio. A query to the staff to ask where they are made produces a "In Surry Hills" which may mean that they make them themselves. A check of their website says that they are made of Swiss chocolate and Belle Fleur and Colefax use Belgian so perhaps they are made by a different company. 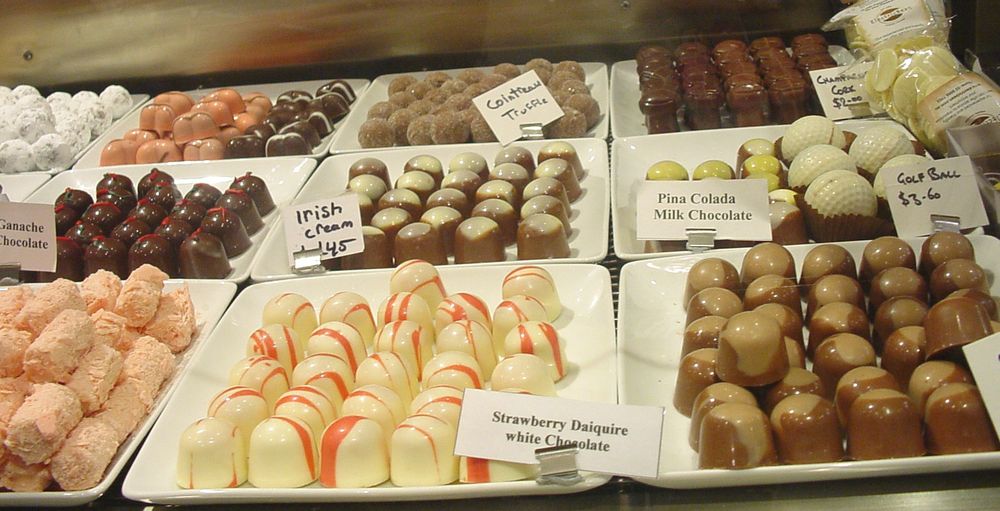 Lulu makes a selection to take home to her husband and we order drinks. We notice that the cakes are by La Renaissance (although some look to have suffered a bit in the transporting phase) and Ice cream is by Serendipity. I would've ordered both if it weren't for the fact that I had just eaten a rather large meal. 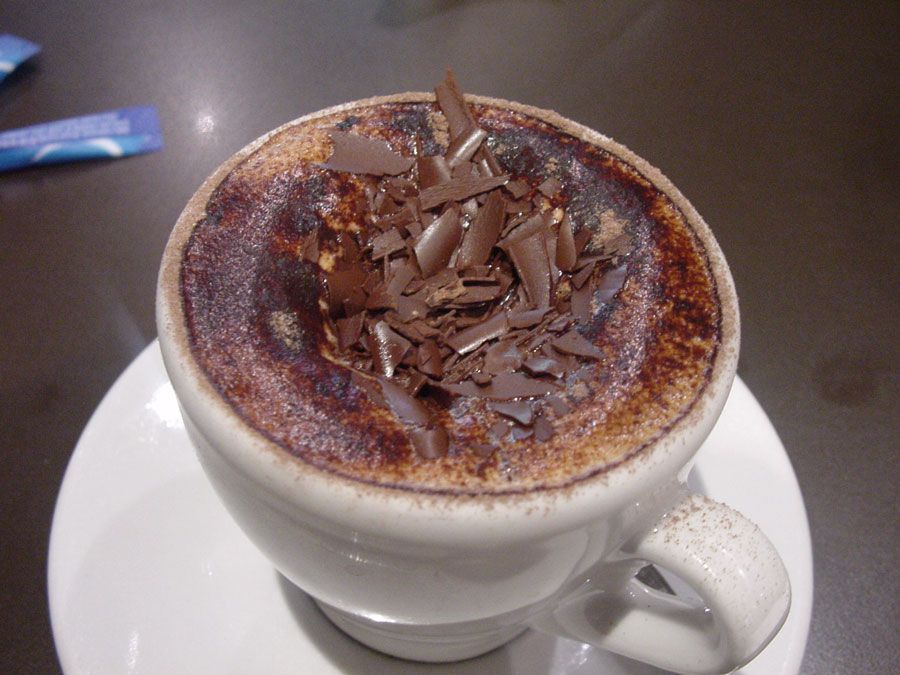 My cappucino arrives and its glorious looking with shavings of Swiss dark chocolate on top. Its a very rich syrupy coffee, quite different to others I have tried and the dark chocolate shavings contribute to its distinct, intense flavour. The rich aroma and taste and care taken with it is evident. 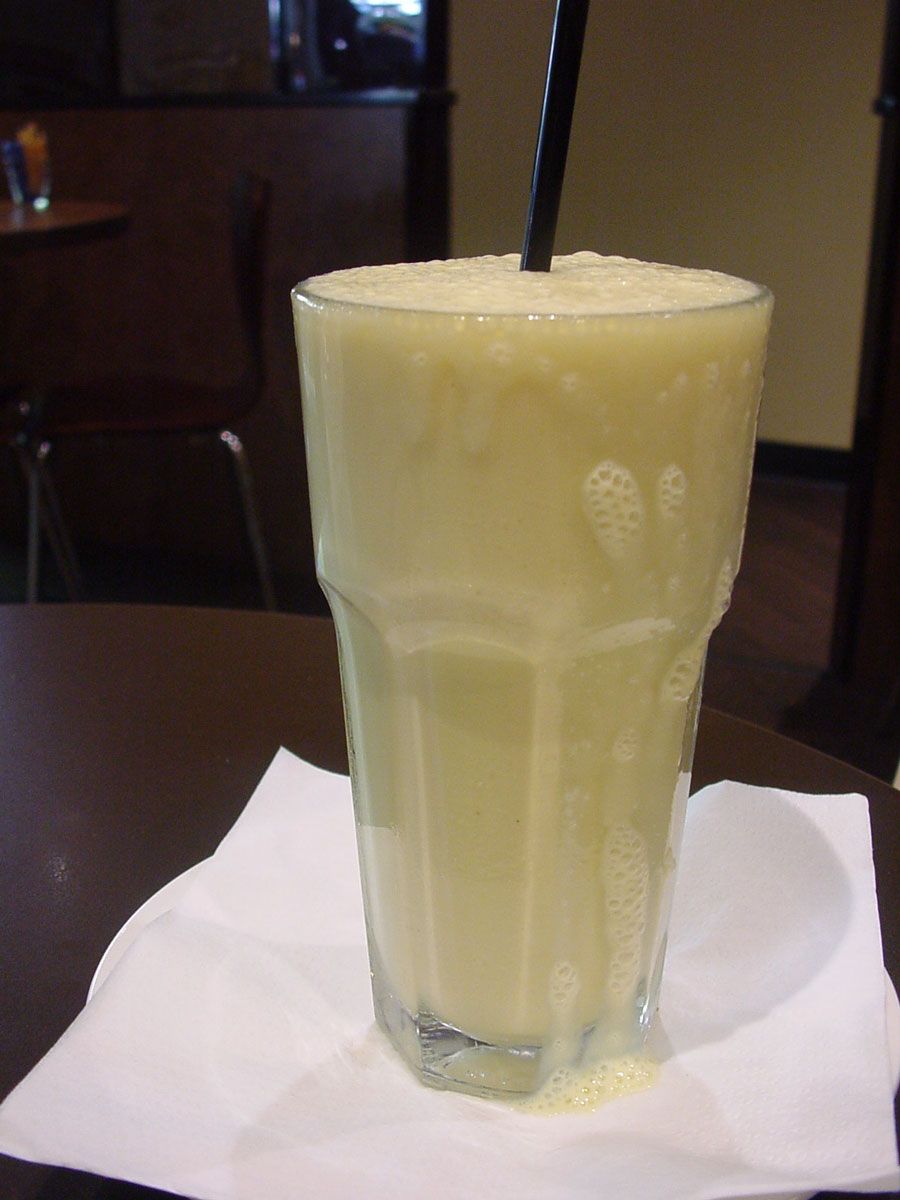 Lulu's Mango frothy and slightly overflowing smoothie arrives and its rather tall but when I ask her whether it has a real mango flavour she says that that its probably syrup but I suppose you really come here for the coffee.

Lulu can't of course being 9 months pregnant and ready to rush to the hospital any day now! And of course I'm already planning the cupcakes for this event.... 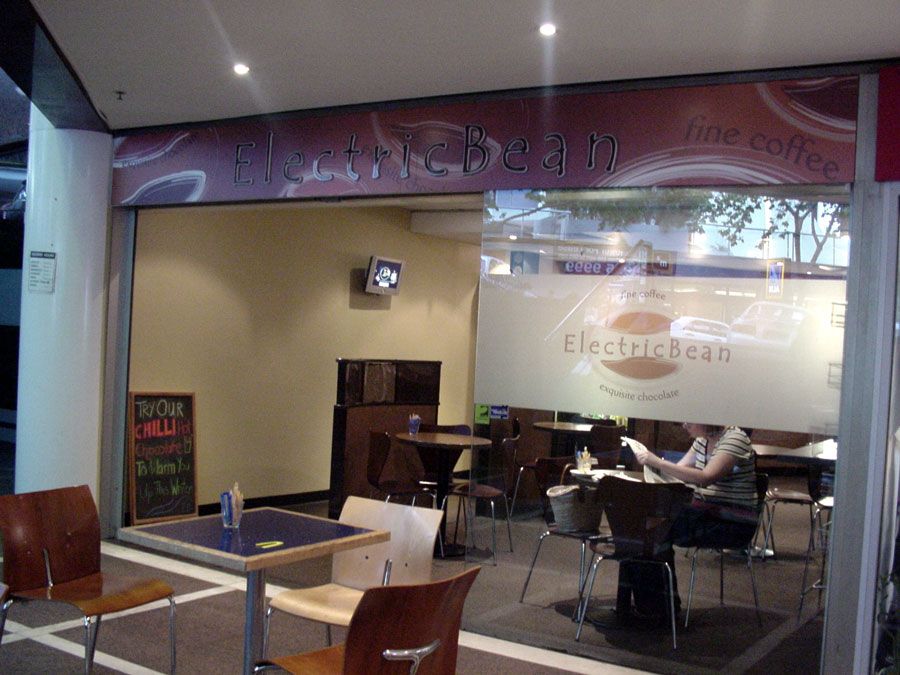