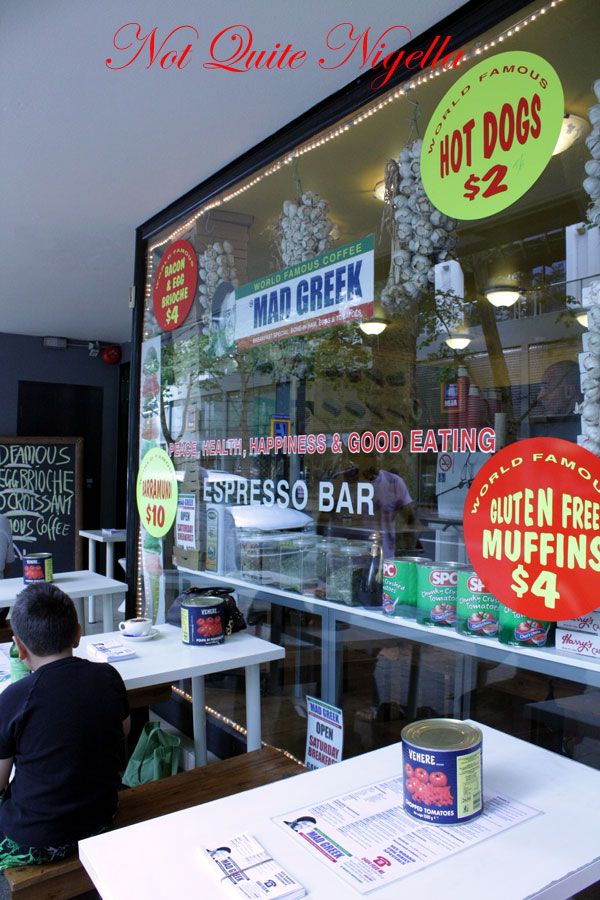 My friend M raved to me about this place. She works in North Sydney and finds herself here, almost every day for lunch with her 2 boys on school holidays and they devour meal after meal. The Mad Greek in question is no doubt the person that merchandised the store, I suspect a graphic designer's nightmare with multiple fonts and colours all over the window and large tins of SPC tinned tomatoes given pride of place in the front window. 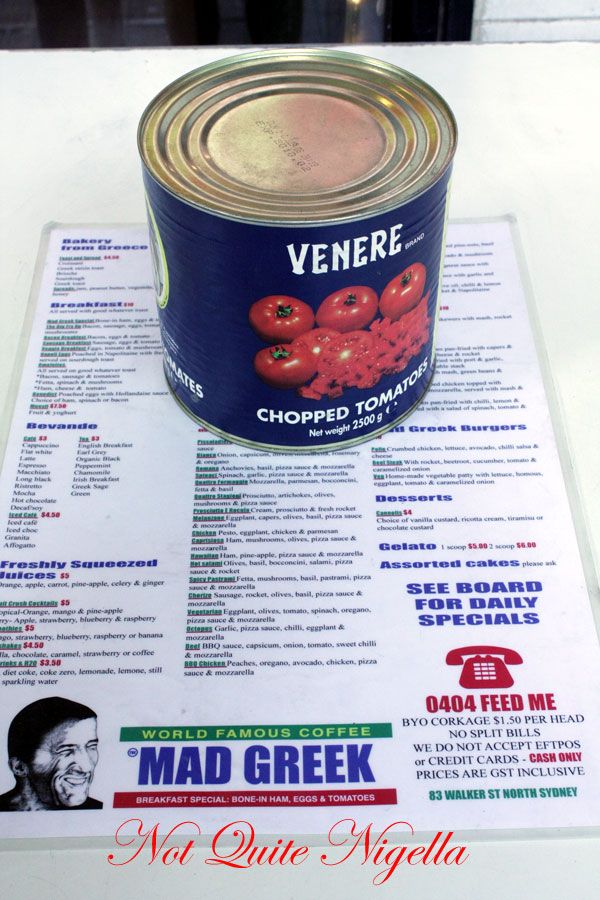 From the outside, it's posters of everything proclaiming "World Famous" this and that although you'd have to presume that's a little on the hopeful side. The Mad Greek is also the man that would have scared you as a child, as he does with In, with mock stern and gruff expressions that adults can (for the most part) read but leaves kids wary. All dishes are $10 or under which includes pizzas, pasta and breakfast dishes, most with a Greek or Italian theme. We order with him and we're not kept waiting long at all for within 5 minutes, our food arrives. 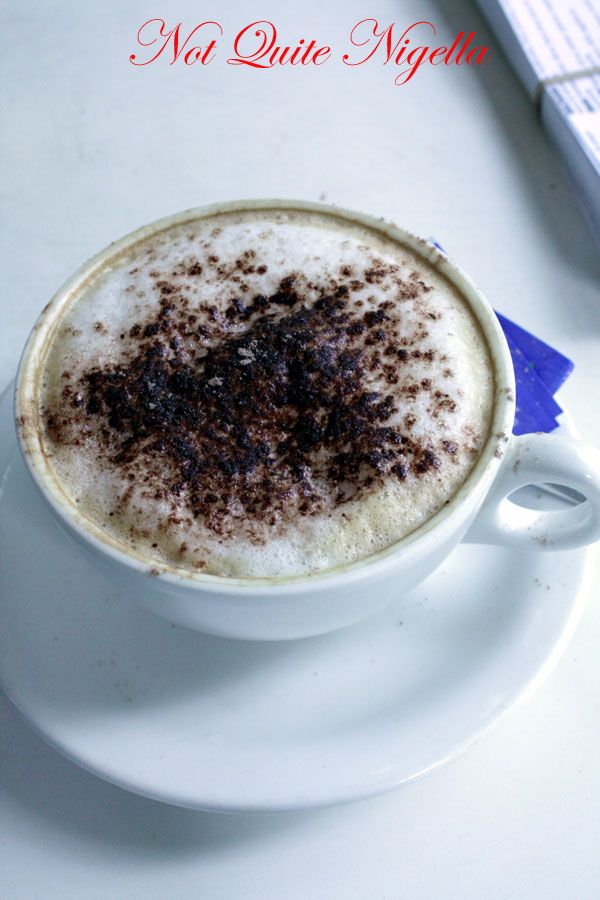 The coffee is by Primo. It's a little bitter. 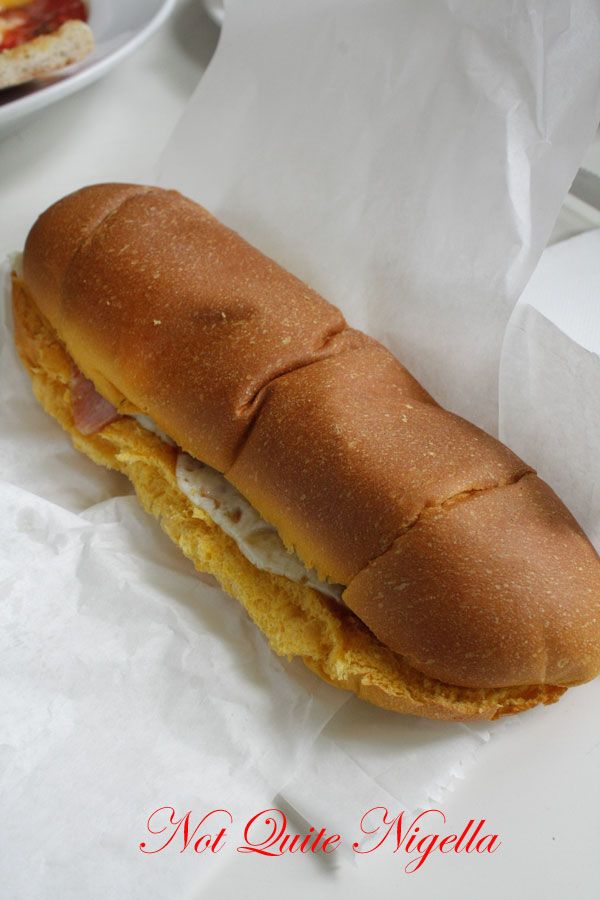 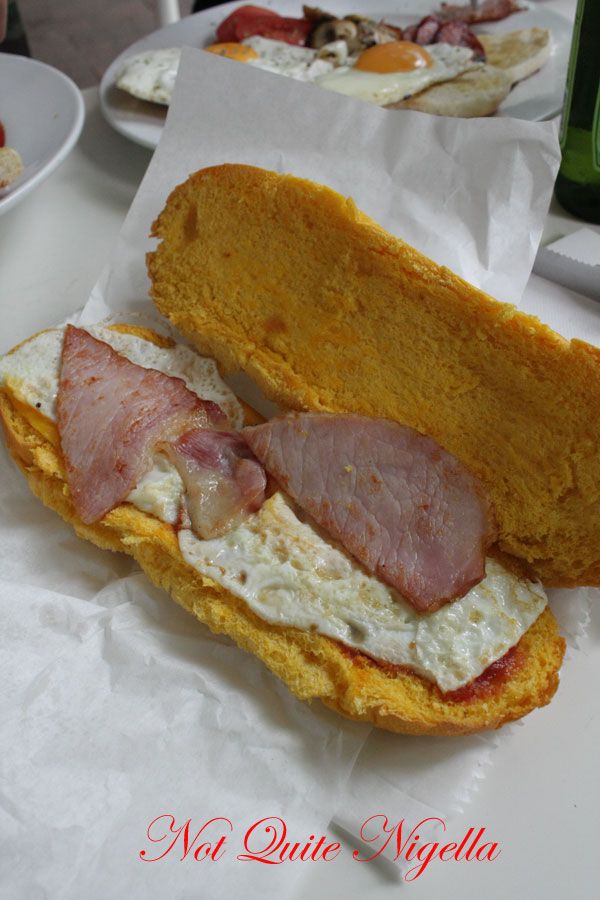 My "World Famous Bacon and Egg Brioche" isn't bad, although more bacon and egg would have been better as the ratio of protein to bread is unbalanced. The brioche is very soft, fresh and ever so slightly sweet. 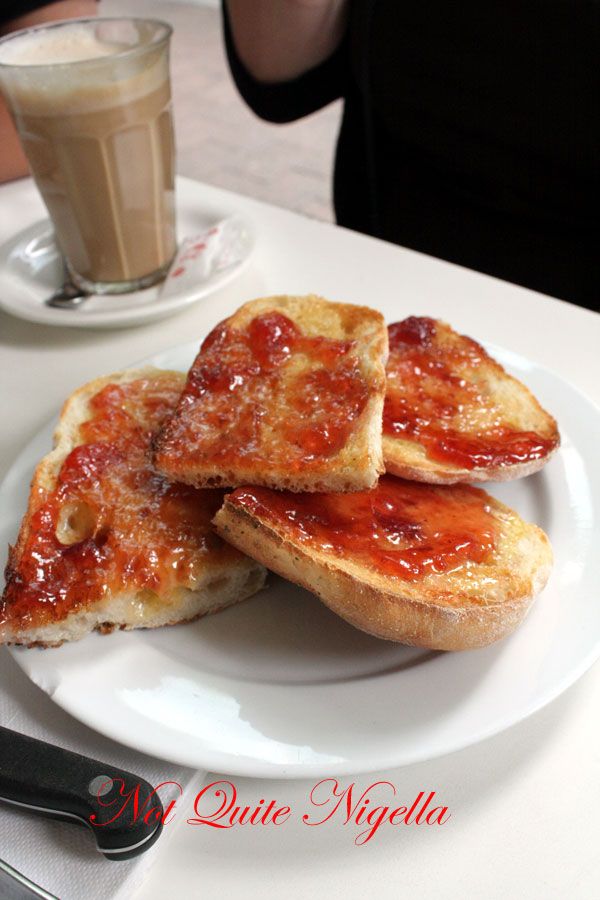 M's Greek Toast with jam is delicious and an enormous serving. Similar to Turkish bread it's toasted and buttered and generously spread with jam. 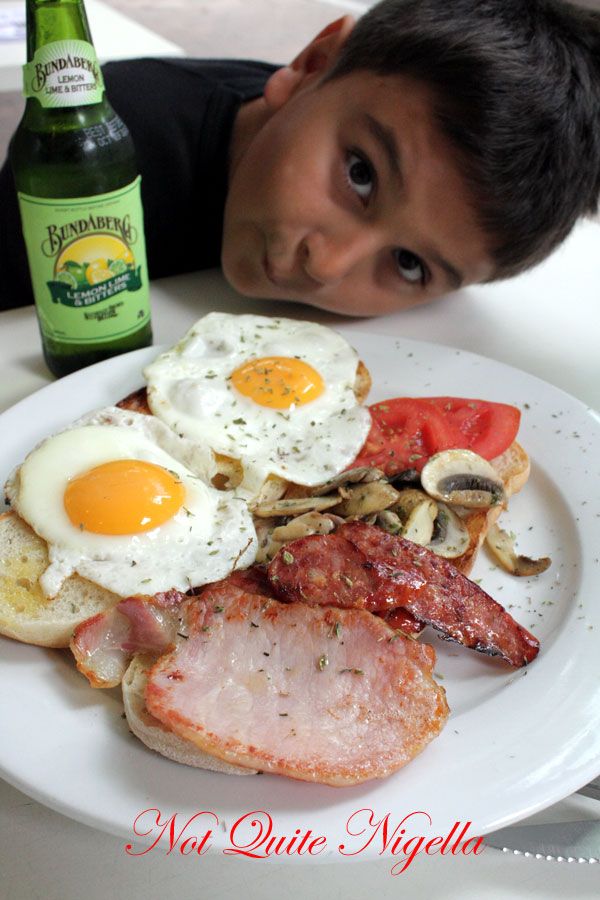 _The Big Fry Up $10-boy in the picture not included

In's a confirmed meat lover and as expected he hones in on "The Big Fry Up" which consists of bacon, sausage, eggs, tomato and mushrooms with two large planes of toast. The serve is so big he can't finish it. 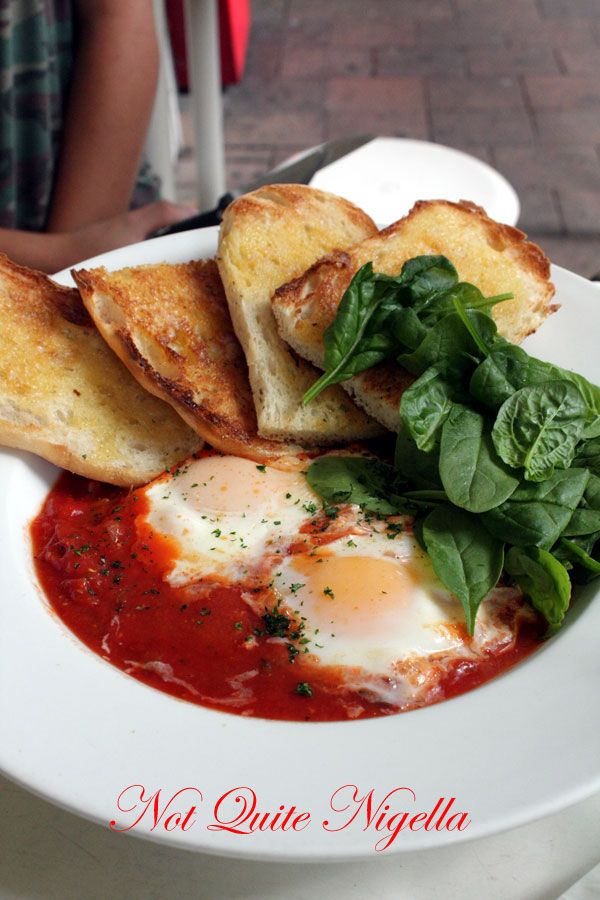 S's Napoli eggs are poached eggs in a Napolitana sauce with fresh basil served on sourdough toast. I try a bit of the Napoli sauce and it isn't bad although I prefer In's breakfast. Still, it's not too bad if your North Sydney job is paying you pennies instead of paper money.

Tell me Dear Reader, have you got a thrifty favourite place to dine and what is it?

P.S. If you haven't had a chance to do so, I'd be ever so pleased if you could fill in the Not Quite Nigella survey. There's a chance to win 1 of 3 Nigella Lawson aprons! :) Link here. 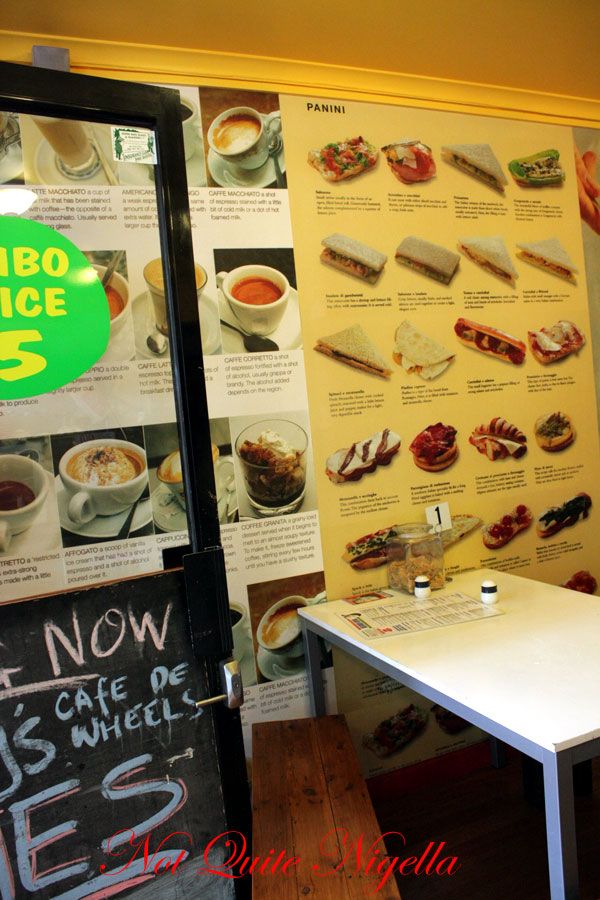