It's been a while since I've been to Greenwood Chinese. My husband I used to frequent the restaurant when it was under previous management and they used to have a Yum Cha special on the weekends when dishes were $2.50 each. Yes really, dishes were that cheap. So cheap that my husband would order plates and plates of Har Gow and scoff them down while patting his distended stomach blissful in the savings that he'd made. Now that it has changed hands, the specials are gone along with my husband's patronage. 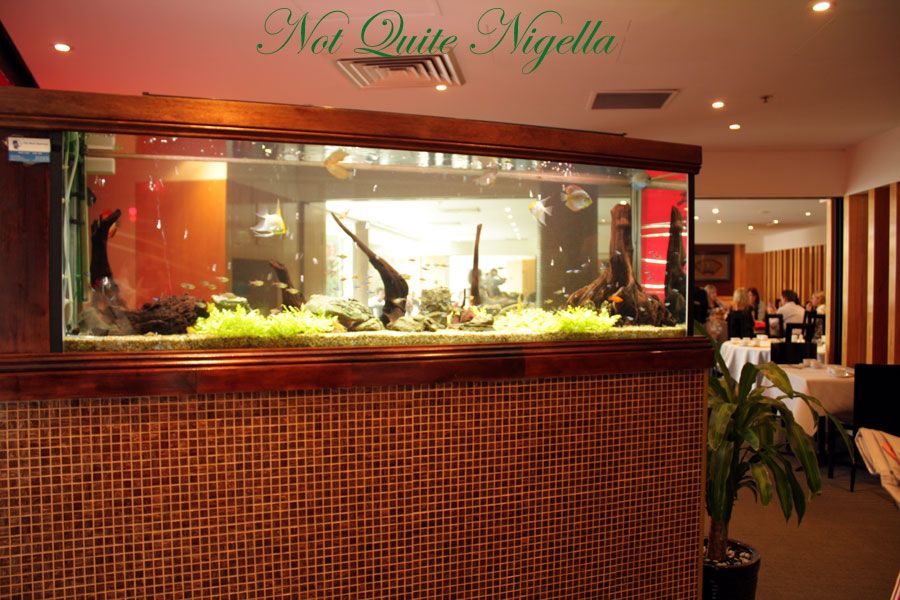 Today, M and I are at Greenwood Plaza and having a quick lunch. We need something quick and Yum Cha, with it's at-the-ready trolleys circulating seems the perfect choice. We pass the enormous fish tank at the front and make our way to a table. Within seconds, we have our first steamed goodies on the table. 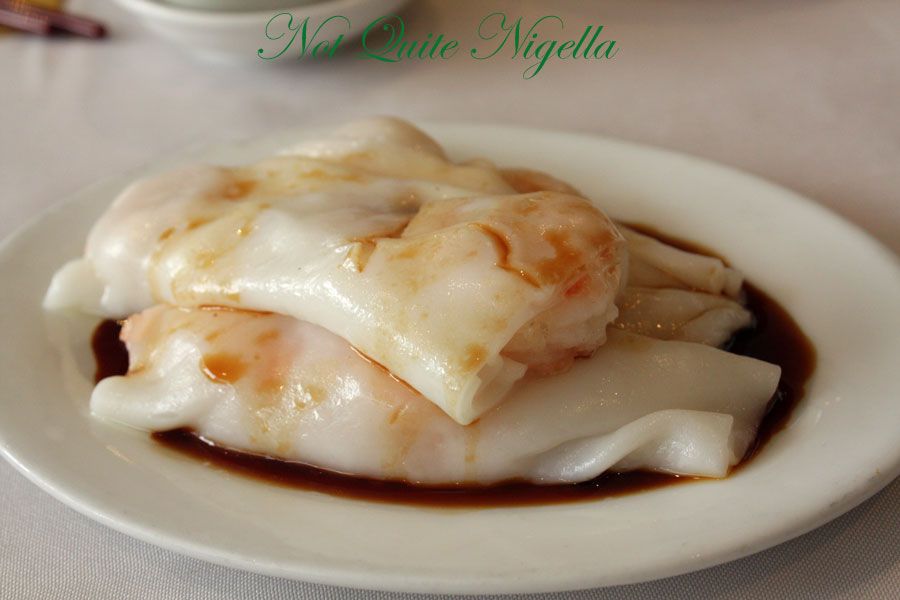 The slippery and ready to fall apart rice flour rolls are filled with prawns and coated in a semi sweet soy sauce. They're not as good as I usually like them, tasting quite floury rather than delicate. 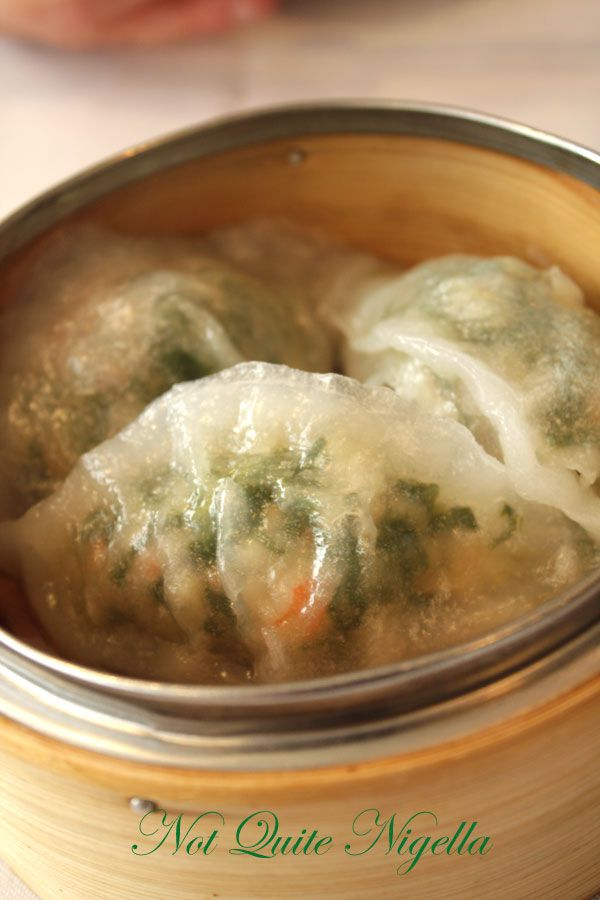 What is more promising is the spinach dumplings, always a favourite of mine. These ones are a bit more fall apart and getting a whole one into your bowl proves an impossible task, with most of my dumpling falling apart before it has even left the steamer. It is crunchy with water chestnuts, in fact the pieces are larger pieces than you'd expect. Usually the filling is diced but the water chestnuts are sliced into little batons. Still they are very good, as long as you can transport said dumpling into waiting mouth. 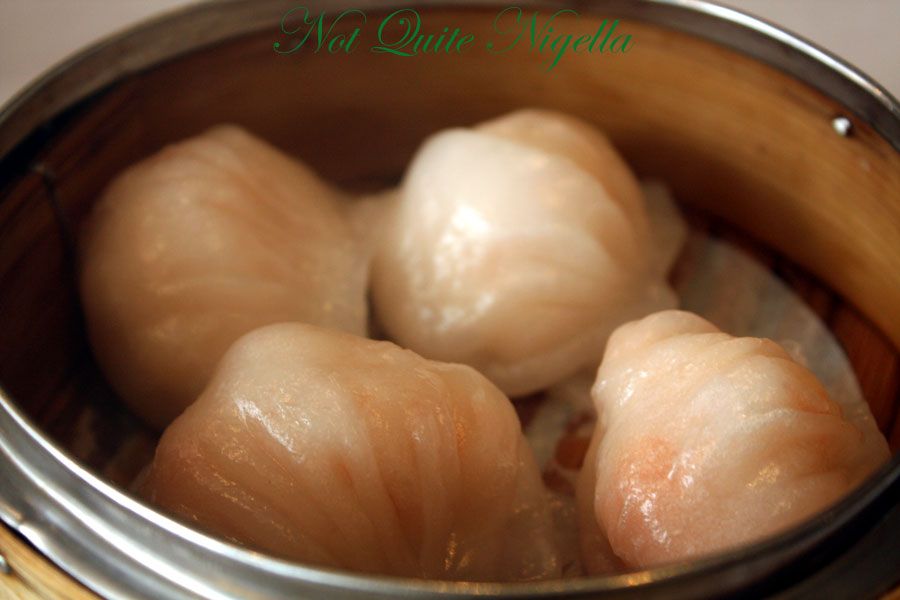 Onto the dish that would make my husband envious and drooling, the prawn Har Gows. They're delicious and with the right amount of ginger to give it that extra pep. The large prawns are delicious and the wrapping remains perfectly intact. 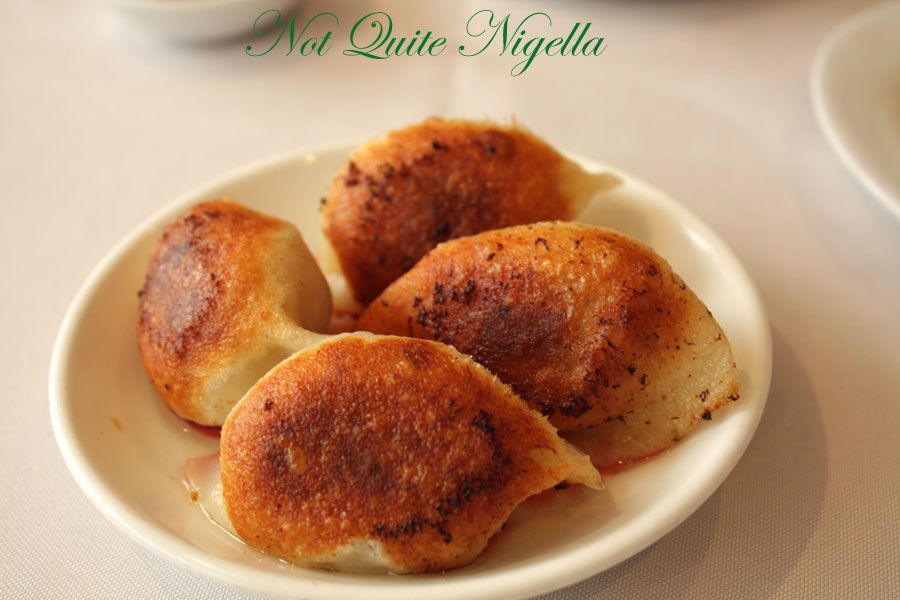 Something that we don't often see at Yum Cha is the northern chinese pork dumplings. M wants to try these babies with crispy burnished upturned bottoms and they're doused with a sweet sour vinegar. They're absolutely delicious and I savour every bite.[ 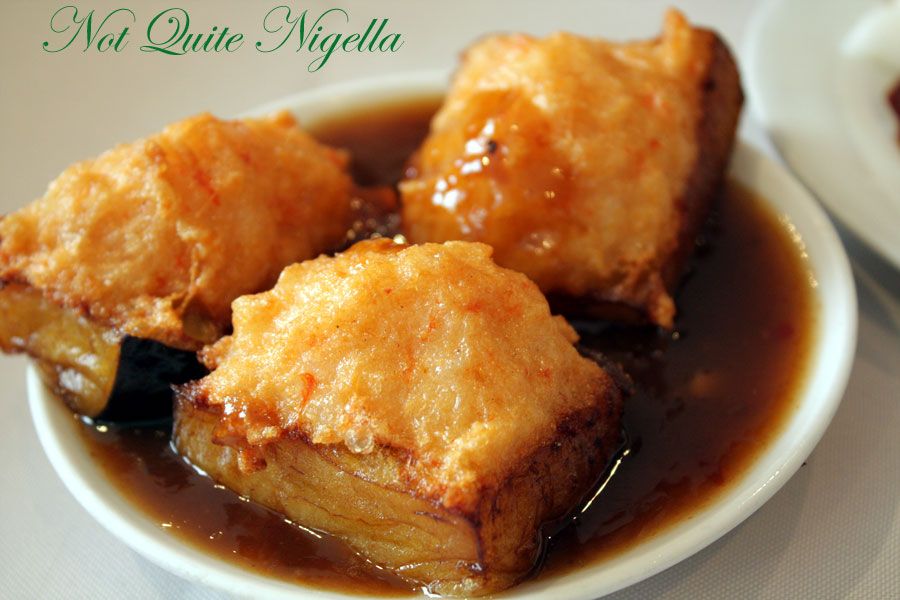 At first I think these are sesame prawn toasts so I say yes but when I look closer (yes I'm blind apparently), they're squares of thick eggplant topped with minced prawns. They sit in a thick sauce, much like the sauce that comes with chicken's feet or an XO type of rich, mildly spicy sauce. It's delicious and we keep the sauce at the table to dip other items in.[ 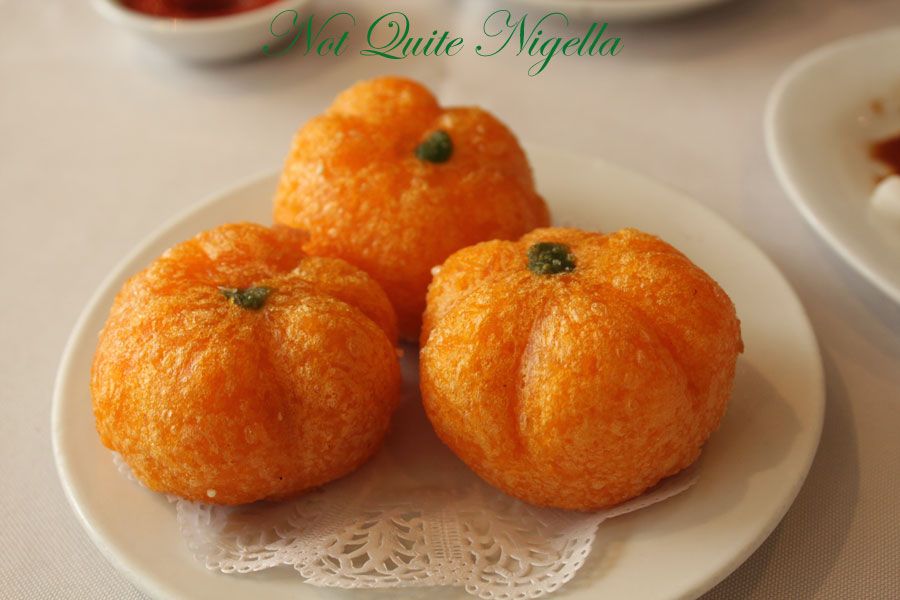 Pumpkin dumplings appear to be popping up at Yum Chas everywhere. And of course none of them appear to have any pumpkin inside them despite their obvious pumpkin-y appearance. I had hoped for some pumpkin custard as the woman who was bringing them around said that they were pumpkin dumplings. One bite into the chewy, starchy, vividly hued dumpling and we see that it is filled with a taro mash. It's unusual and despite the fact that I love yam, I think I prefer the texture and taste of Sky Phoenix's custard filling.

Full to the brim, we leave, with plenty of time to spare and well fed. The total damage? $38 for 6 dishes and tea for 2.