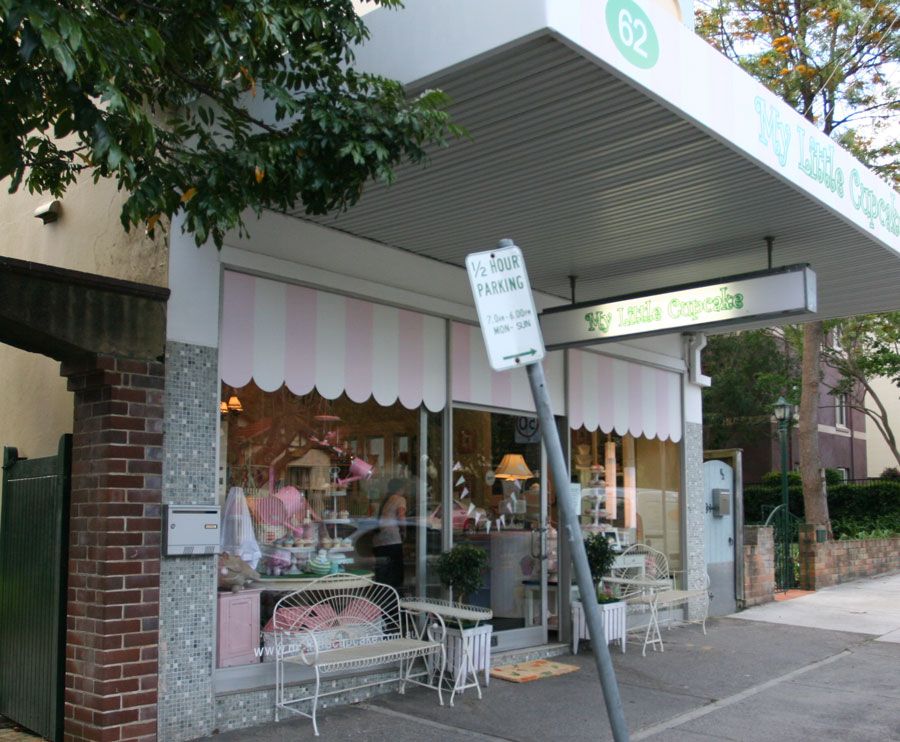 "Does errm... Emily Howard live here or something?" says my husband apprehensively holding his camera and facing My Little Cupcake, the pastel heavy, girl's paradise and celebration of all things pink and ladylike. During my previous visits, he had remained in the car therefore the shop interior is somewhat of a surprise to him. Indeed, its really a straight man's nightmare: what would happen if his shabby-chic mad girlfriend decorated their love nest if she had half a chance. 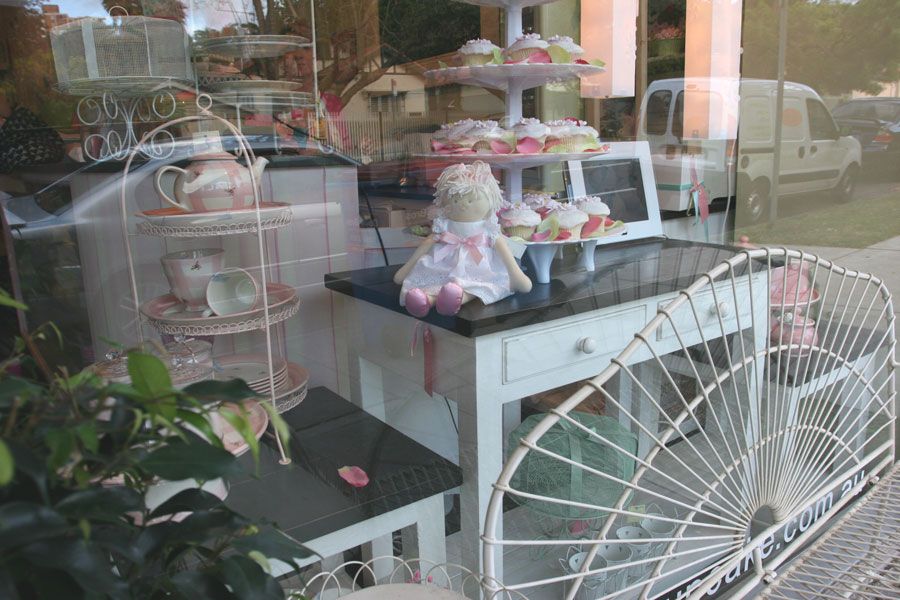 Inside the shelves and walls are filled with pastel hues and glass cabinets house miniature tea sets, toys, cups, soft toys and cupcake display tiers in various vintage and modern finishes. Its old fashioned and pastel everywhere you look and is quite charming if its your sort of thing (and I admit it, I love pink!). My husband looks like he is a little daunted by this extreme girliness. When the salesperson spies him with the camera she looks suspicious and when I ask whether its ok if he takes a photo, she summarily advises us that "There are no photos allowed in the store at all" in a curt manner. Okaaay so much for good old fashioned charm. 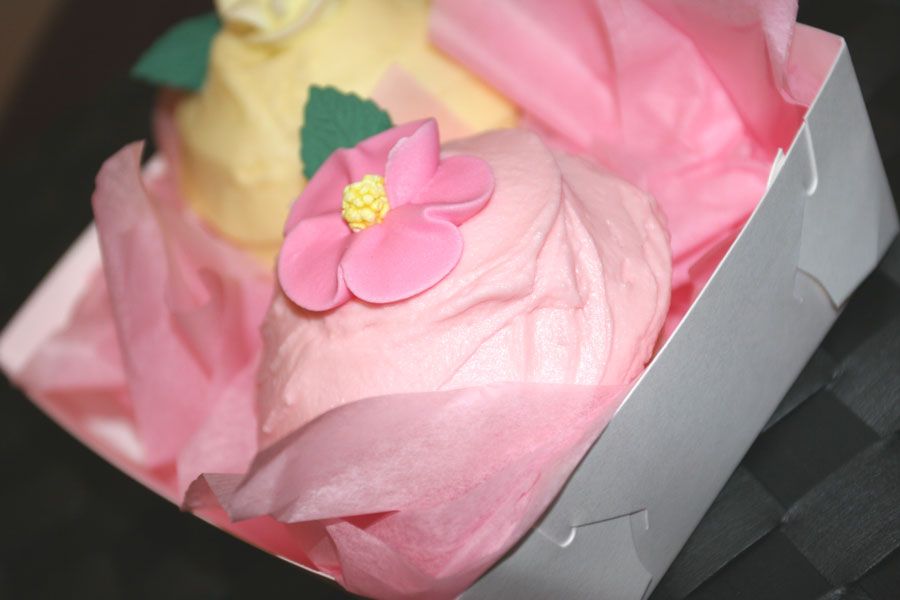 Its late in the afternoon and a quick glance into the display of cupcakes shows there are 2 boxes of 6 cupcakes left as well as about 12 single large and small cupcakes. All, we are told, are in the same Vanilla flavour but there is at other times also chocolate. The salesperson behind the counter is very keen for me to buy a box of 6, despite my protestations that I don't actually want 6, there is the strong suggestion that I really should buy 6. "I'll take two" I say and her face falls and she says tightly "Two then". I pick a pink one and a yellow one which she calls the lemon one so I hope that there is a lemon flavour to the icing. They're packed into a tray with a lot of pretty pink tissue paper to cushion them and we're off before she can push the box of 6 on us again! 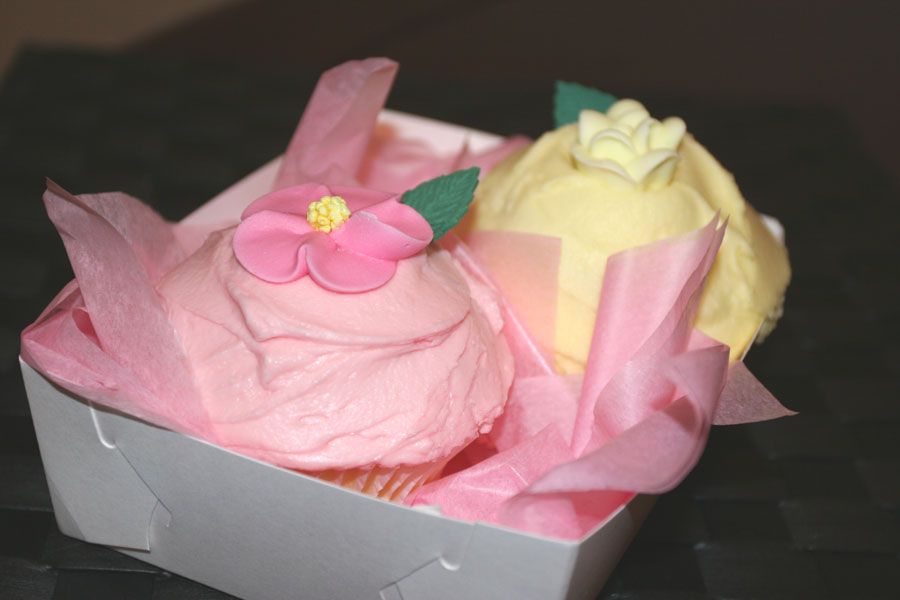 At home, I open up our package and they are rather spectacular beauties. The cupcakes themselves are perfectly domed and the icing attractively swirled and the cupcakes have survived the short trip home very much intact. Despite the fact that I know that the flowers aren't made in-house, they're lovely, large and detailed and the veined leaves really lift the look of the cupcakes. I've actually bought some of these sugar flowers from Bakery Sugarcraft in Wetherill Park and use them regularly. 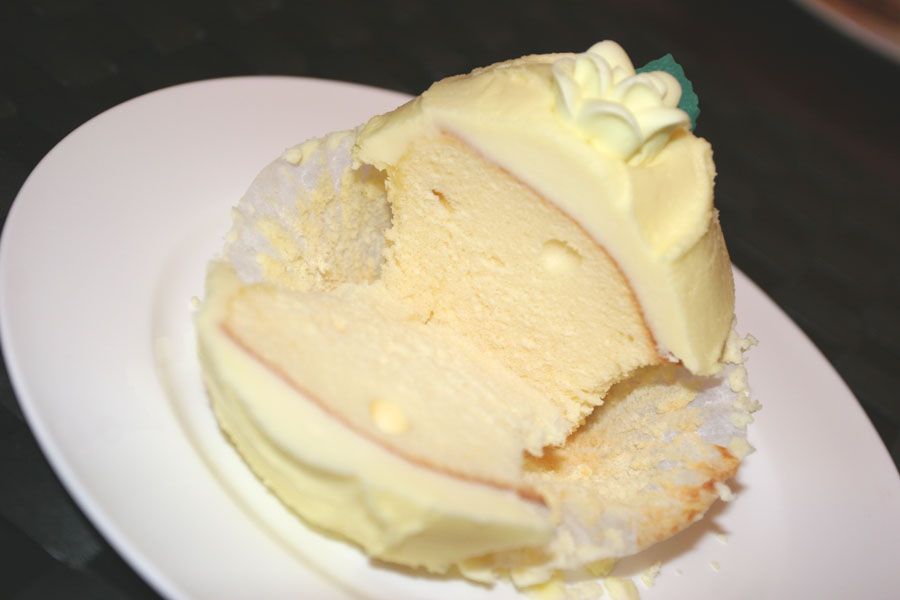 A cut into them reveals a soft very vanilla-ey cupcake with a sweet vanilla frosting (no vanilla bean specks in the cake though). The cake itself is delicate, soft and comforting, much like cakes of yesteryear and the icing is thickly slathered on so that there is also enough for every bite. I keep wondering to myself "Where have I tasted this icing before?" before realising that it is the same icing that the ready made Top Taste/Coles/Franklins marble cakes come with. 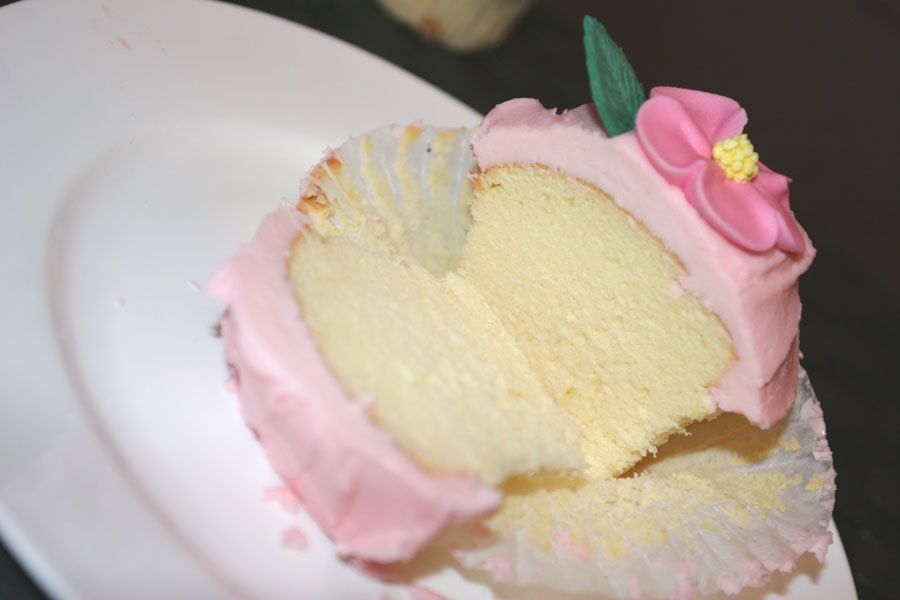 Overall its a very pretty cake to look at and it tastes freshly baked but if you're after interesting fillings or icings, its probably not worth making a special trip unless you really have a hankering for old fashioned vanilla or madeira cakes (which from time to time you may do). Perhaps my opinion of them was lowered by the service I received today but service is after all, part of the very pretty package... 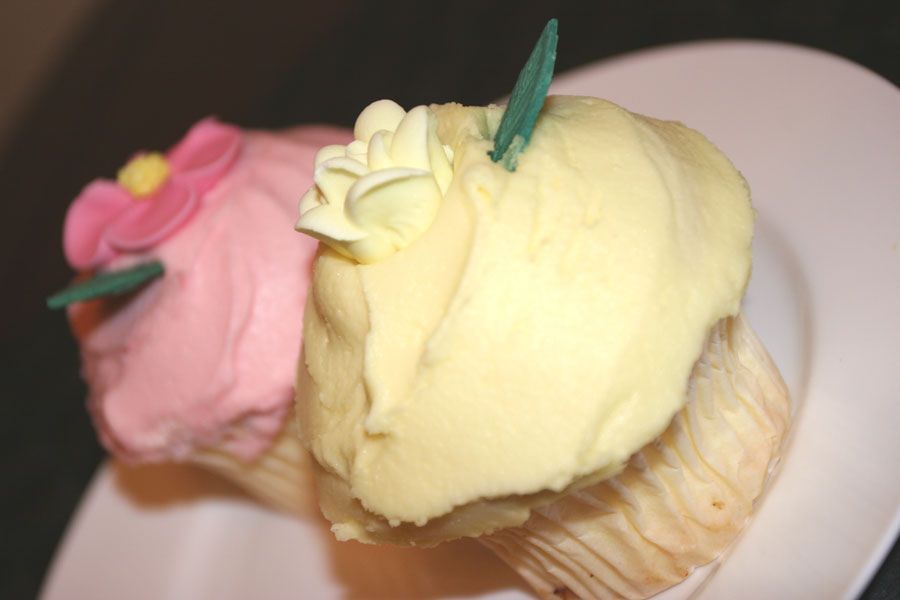