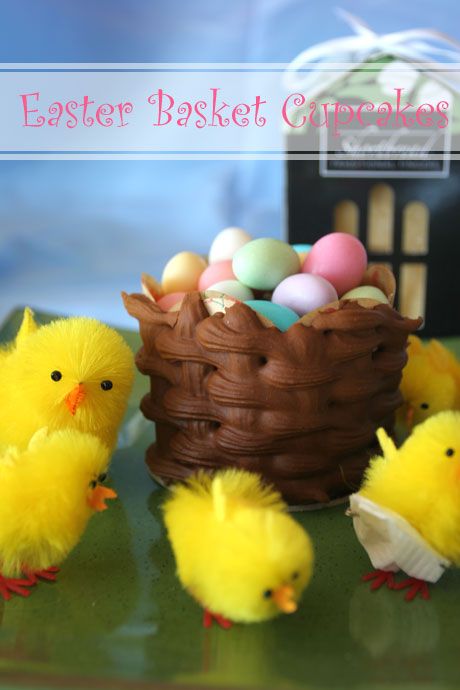 Each year, you know its approaching Easter once the Valentines Day products disappear and the Easter eggs and chicks come out. For some reason I have a bizarre liking for these tiny little yellow chicks. I even made a miniature nappy with safety pins for one. A year ago, we had put them in our mini cactus garden but I accidentally watered one and once you get water on these little chicks, they are ruined. I knew my Easter cupcakes had to include these chicks, in memorandum of the one I accidentally killed with water. RIP little chickadee. And don't worry, these ones will live the life of a free range chick in our cactus garden afterwards. 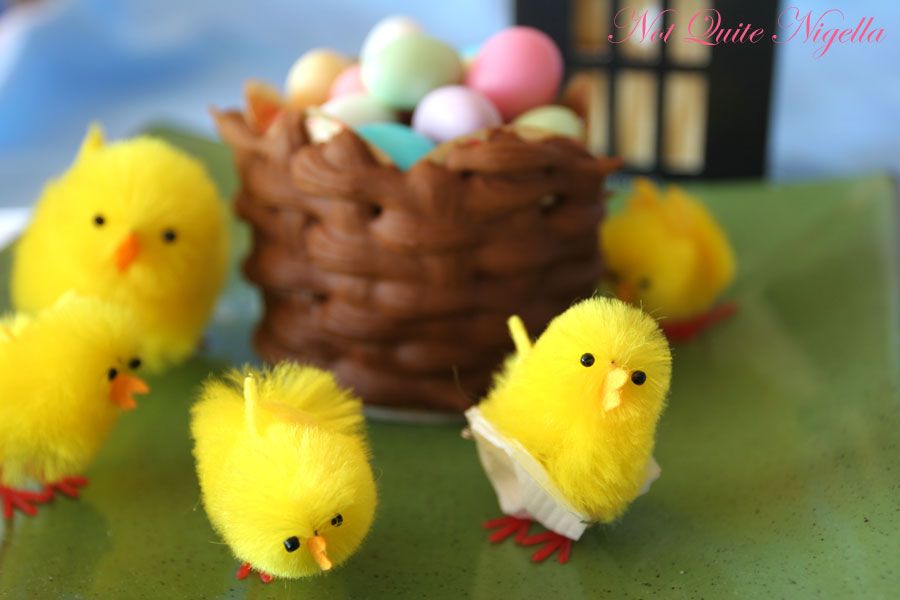 Making a cupcake of the chocolate variety would surely be the obvious choice for Easter So I used a double chocolate raspberry cake. The main problem was that my royal icing was not as stiff as it needed to be. Perhaps I need to use meringue powder or something like that to get my icing rock hard.

Now for the technical bits and picking the original recipe apart (from a book I shall not name). Their recipe says to pipe directly onto the cake but when I did, this odd white bloom formed between the cake and the icing the next day after I left it to dry overnight. So luckily I had piped the basket weave onto the cupcake paper for some of them and that seemed fine-although eating the icing off the paper doesn't make for good eating. Also I wasn't able to pipe onto the cupcake all at once, I had to do it in two batches - one half and then the other half, as my royal icing was not that firm so I didn't want them to sit upright as the effects of gravity on setting icing are obvious. So put plenty of time aside for this-2 days to be certain that the icing dries. 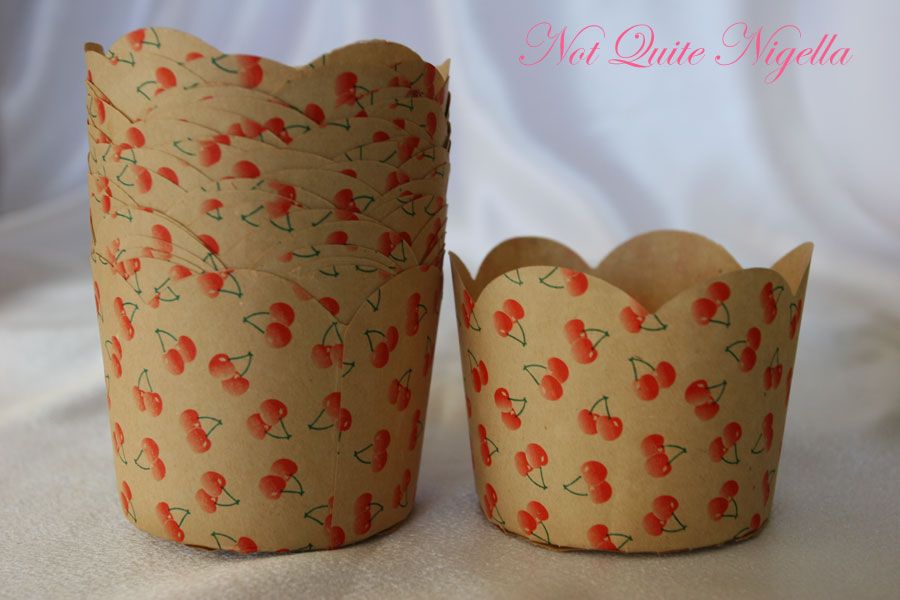 I'd also recommend using the a straight edge cupcake paper pan as you will want to pipe upwards and it makes it easier. Of course its up to you but I did use one of the brown paper ones that you can get at stores. It did mean that since they are larger, I got half the amount of cupcakes though so be sure to adjust for numbers. There's nothing worse than a kid missing out on a cupcake-or an adult for that matter. 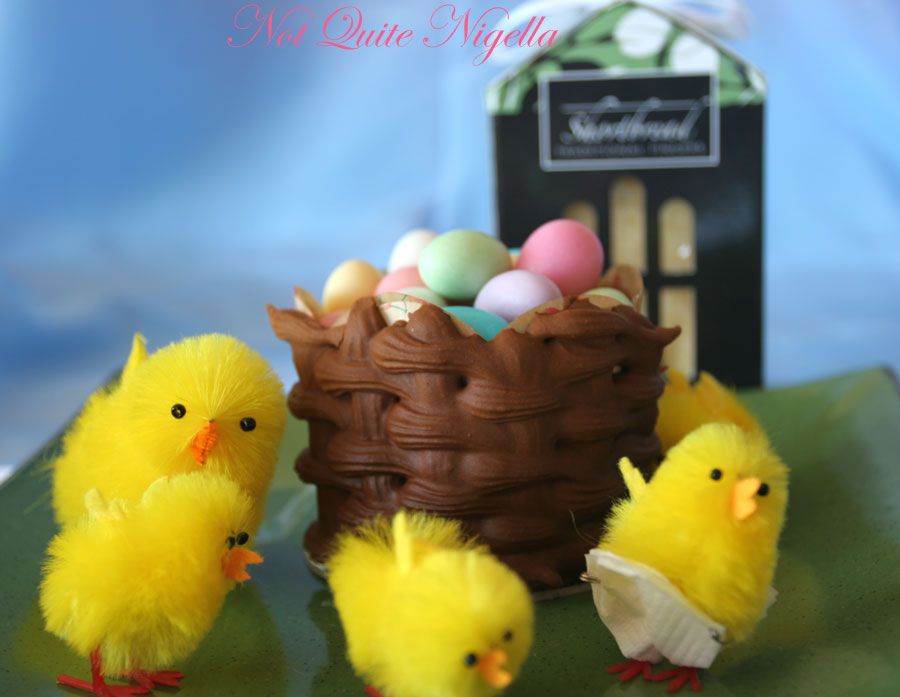 Step 1 - Preheat oven to 150c fan forced or 170c non fan forced. Assemble cupcake liners on tray and double case them (to ensure that they hold their shape, place one liner within another). Use liners like the ones pictured above.

Step 2 - Melt chocolate in a microwave on medium power (check every 30-60 seconds), add water and mix to combine. Cool slightly

Step 3 - Beat the butter, sugar and eggs in small bowl with electric mixer. Stir in flour and cocoa and then chocolate mixture and lastly, the raspberries.

Step 5 - Once cakes are cooled pipe royal icing around cakes in two lots using a basket tip (I used a small star tip as my store had sold out of basket weave tips). Pipe one vertical line from the top to the bottom. Then pipe shorter ribbed horizontal stripes over the vertical line. Then pipe another long vertical line, next to the other vertical line but leave it one basket weave tip width apart.  Keep repeating these steps and you will get a basket weave pattern. It will take a long time and I let one half set overnight before doing the other half so that it could lie flat to dry. 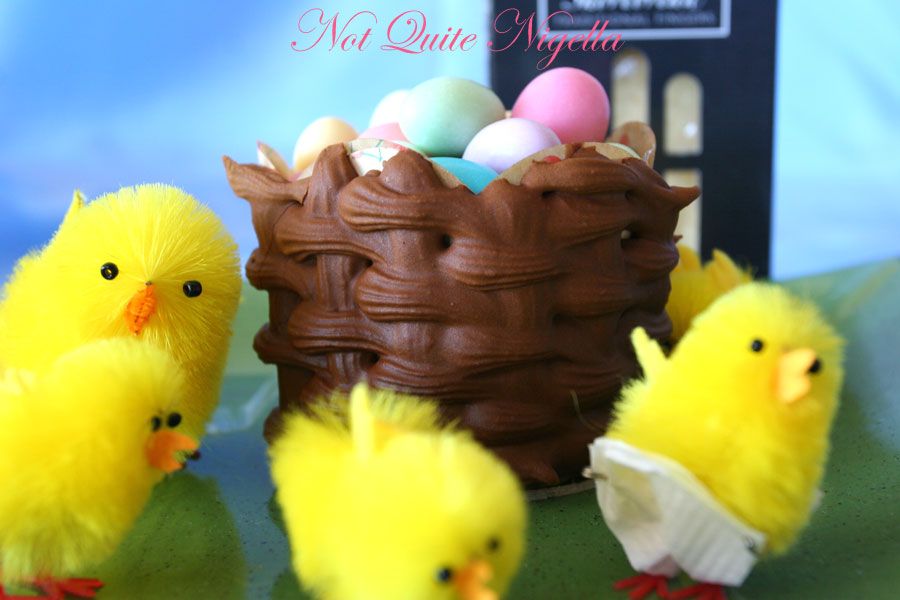 Step 2 - Add sifted sugar by the spoonful while beating until desired consistency is reached. If too stiff, add a little warm water.

Step 3 - Tint with brown food colouring and use immediately and cover any royal icing not being used with clingfilm. 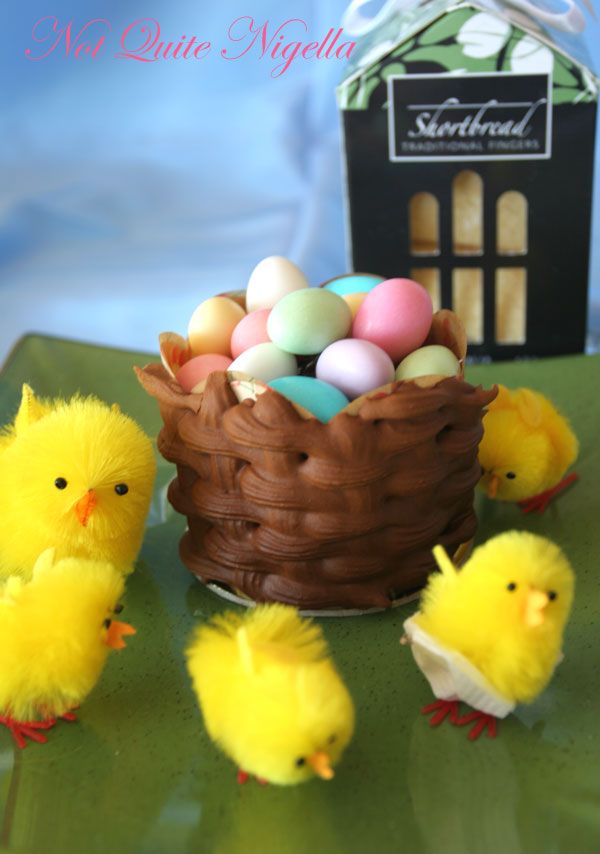 These are my entry for the Master Baker challenge for March!

And also for the Easter Cake Bake! 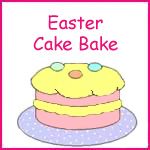