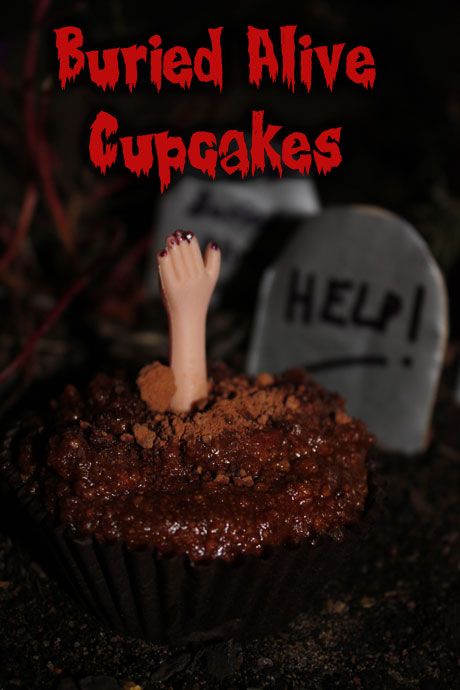 We don't have Halloween to any organised extent in Australia. If you knock on someone's door and demand candy, you'll probably get a puzzled expression in return or in the case of someone on a sugar high who has actually consumed all of the household candy, you'll get a door slammed in your face. But Friday the 13th is well known. I'm a medium on the superstitious scale but have found that actually nothing bad happens on this day. Every Friday the 13th for me is a day where nothing at all awful happens. And I know this because every year, I wait for something terrible to happen and it never does. So I know to expect a good day rather than a bad. 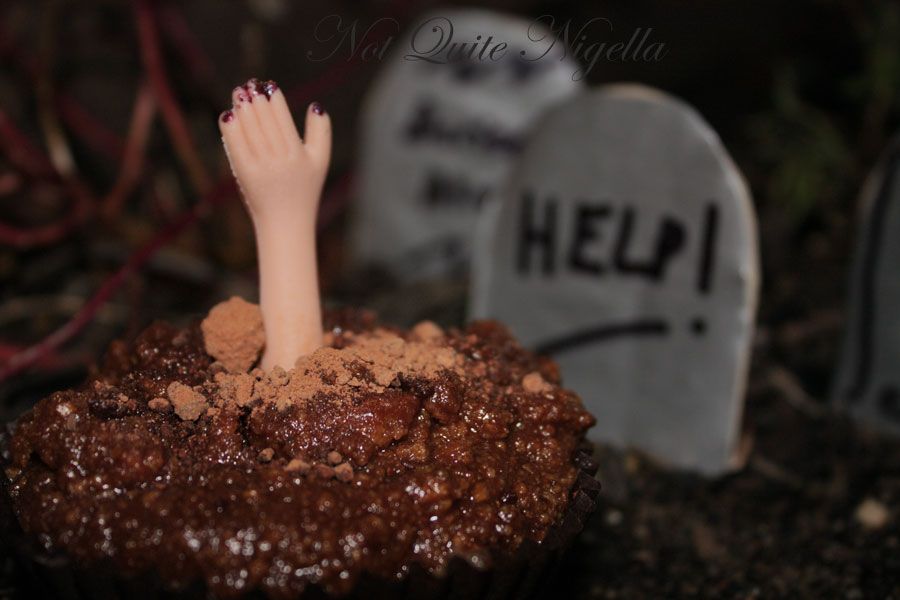 I got the idea for these from Claire Crespo's "Hello Cupcake" book which I often turn to for decorating ideas. Sadly I didn't have any random doll's arms lying around so I had to make a special trip to buy them. When I got home I pulled the arm off but it was too long for the cupcake so, serial killer like, I hacked off more of the arm. And I'm sure the neighbours thought we were completely bonkers taking the photographs outside at night. 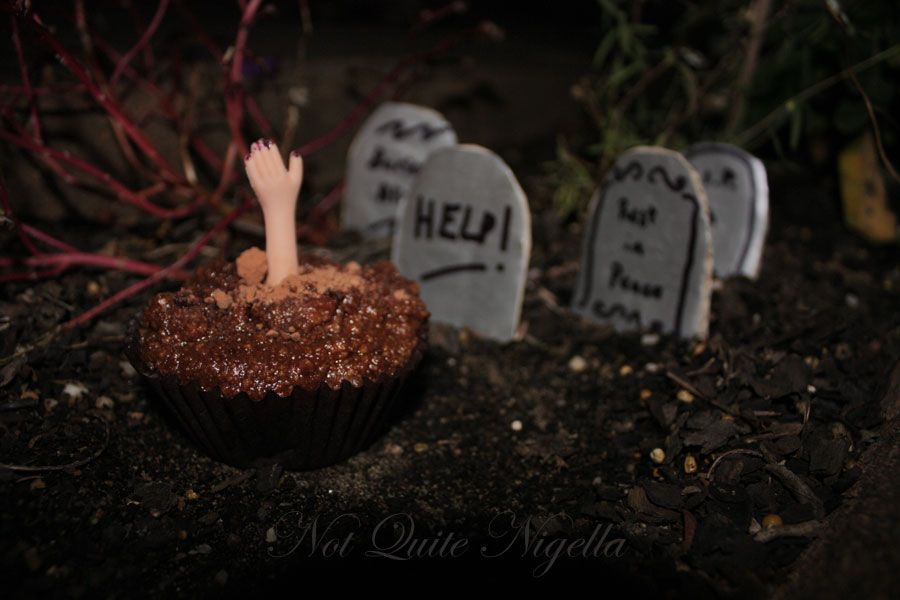 These cupcakes are like a Chocolate Crumb cake and I found the recipe for the cupcakes themselves on the Nigella website from a reader, Bevis. It's a no bake, easy recipe for when you just cannot cope with the idea of switching an oven on and getting out the heavy equipment. It is rather rich though so I'd suggest making them in the miniature 3cms diameter smaller cases as the recipe only makes 4 regular sized cupcakes.

Step 1 - Put the biscuits into a plastic bag or similar and whack repeatedly with a rolling pin. You want some very fine crumbs and some bite sized pieces. Some will also break up a bit more with the stirring so don't bash them up too much.

Step 2 - Melt the butter and syrup together in a pan and break up the chocolate and put that straight into the butter/syrup. You don't need to worry about heating it over water or anything as long as you don't have the heat up too high because the butter and the syrup will prevent it burning.

Step 3 - Once it's all melted together into a smooth, silky sauce add the crushed digestives and stir them in until it's all well mixed. The little crumbs should soak up the chocolate sauce while the larger bits get coated with it. You may not need all the biscuits but you want it so that there is hardly any obvious chocolate sauce, but the biscuits are still glistening and coated with the sauce.

Step 4 - Finally pour the biscuit mixture into a cupcake pans. The aim isn't to crush the biscuits but to pack it all together so that the chocolate sauce bonds the whole lot together. Then put it into the fridge to cool. Once it's mostly cool, but not completely, insert cut off arm (yes doesn't that sound gruesome). It needs to be just warm enough for the arm to go in but not so warm the arm falls over). Return it to the fridge until it's completely cold. Once it is cold it will keep perfectly and refuse to fall to bits even with the most vigorous throwing around as it is carted to wherever you want it. 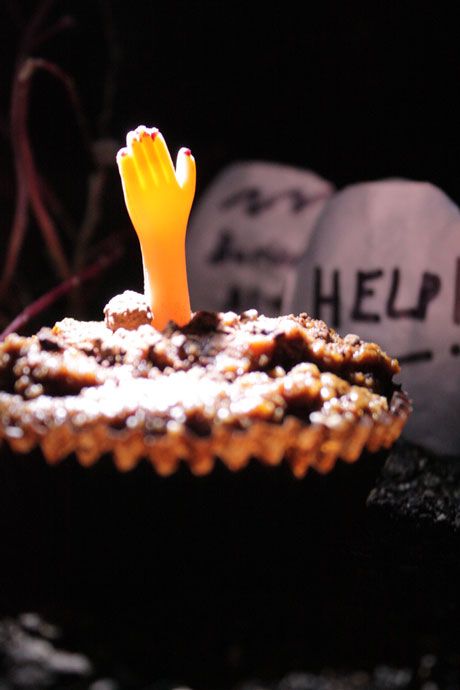