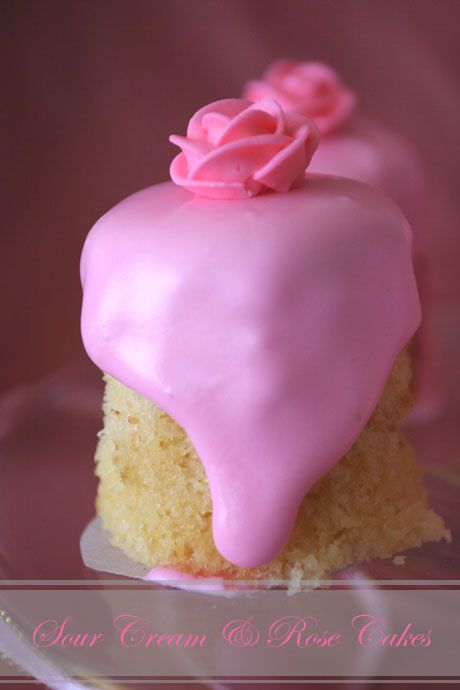 I first saw a cake such as this in the Crabapple Bakery Cupcake book. Oddly enough it was the recipe that most caught my eye yet it wasn't even a cupcake. I sought to recreate something as a gift to someone that was pretty enough to present. However I don't have the book and using improv skills when baking is not necessarily a good thing. I came across this recipe on the Taste website and though it might do, with the rose and sour cream giving it a delicate flush. 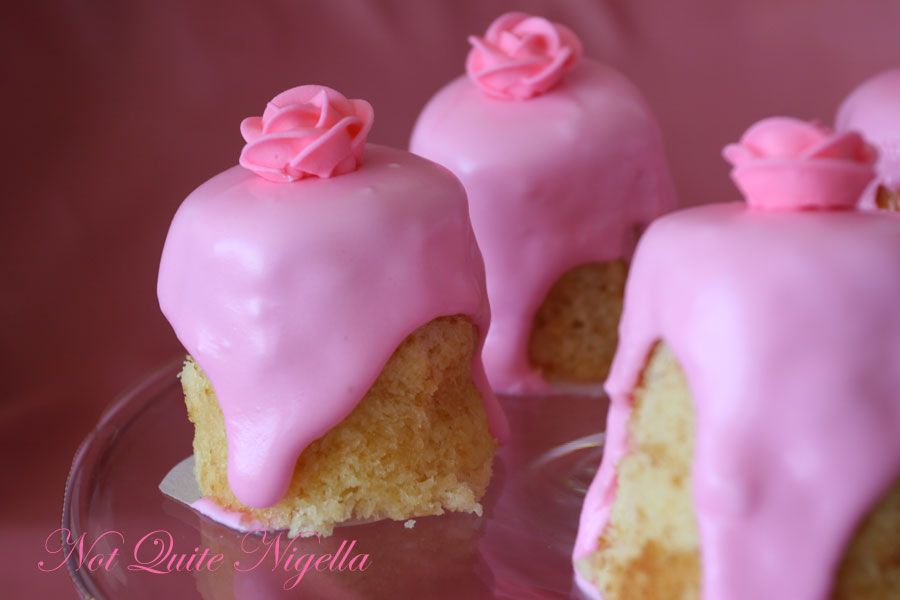 I have searched high and low for set of dariole moulds to no avail. I could only find was a single dariole mould at House. So I improv'd again and used tall souffle cupcake cups and peeled away the paper at the end. Hence the not entirely smooth cake outer. Should I dare make these again I would use a more sturdy robust cake like the Paula Deen Sour Cream pound cake (without the bi carb) so that it was a little more study on its feet.

Amazingly the easiest part was the royal icing. Although I did manage to screw that up transporting it from the tray to the plate. If only it weren't for unforgiving sigh 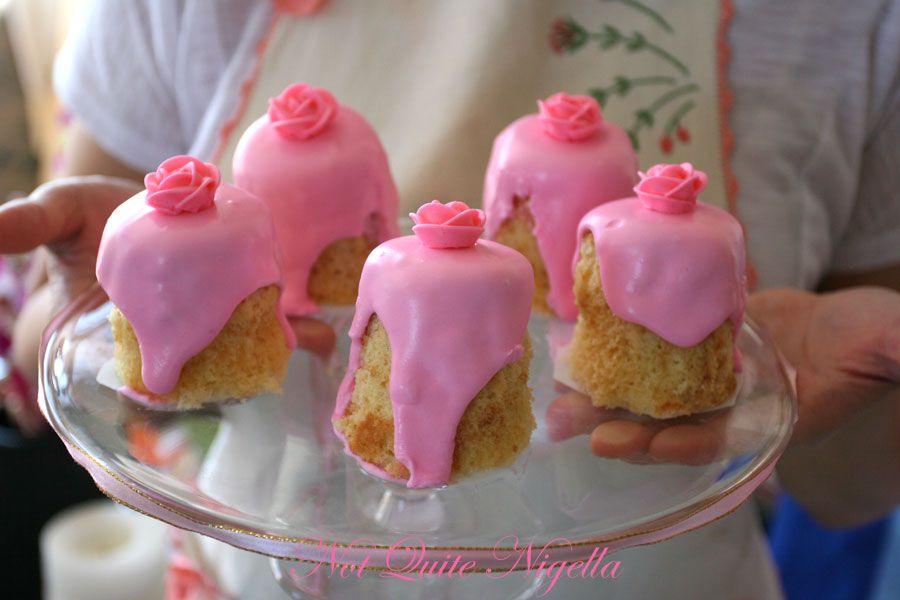 Step 2 - Cream butter and half the sugar in the bowl of an electric mixer until light and fluffy. Add egg yolks and beat until just combined. Sift together flour, soda and baking powder. Place alternating spoonfuls of sour cream and dry ingredients into creamed mixture, stirring well. Add vanilla.

Step 3 - Whisk eggwhites until soft peaks form, then slowly add and beat in remaining sugar. Beat until stiff peaks form. Add a little of the egg whites to cake mixture to loosen, then fold in remaining egg whites. Fill pan and bake for 25-30 minutes or until a skewer inserted into centre comes out clean. Remove from oven and cool in paper pans. Remove from paper when cool and trim the bottom so that they lay flat.

Step 4 - For the icing, sift icing sugar through very fine sieve. Lightly beat egg white in a small bowl with a clean electric mixer; beat in icing sugar a tablespoon at at time. When icing reaches firm peaks, use wooden spoon to beat in juice and colouring. Cover tightly with plastic wrap. 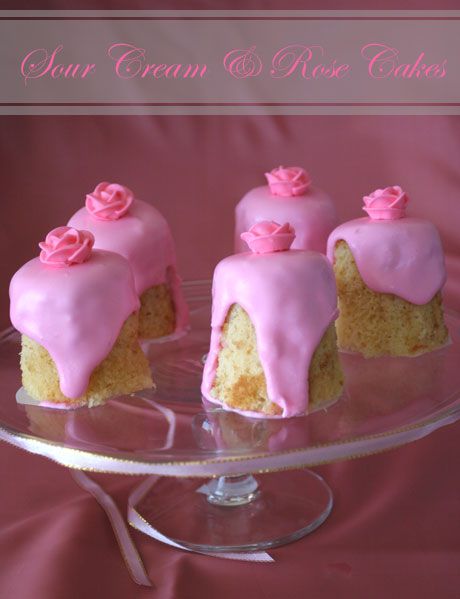