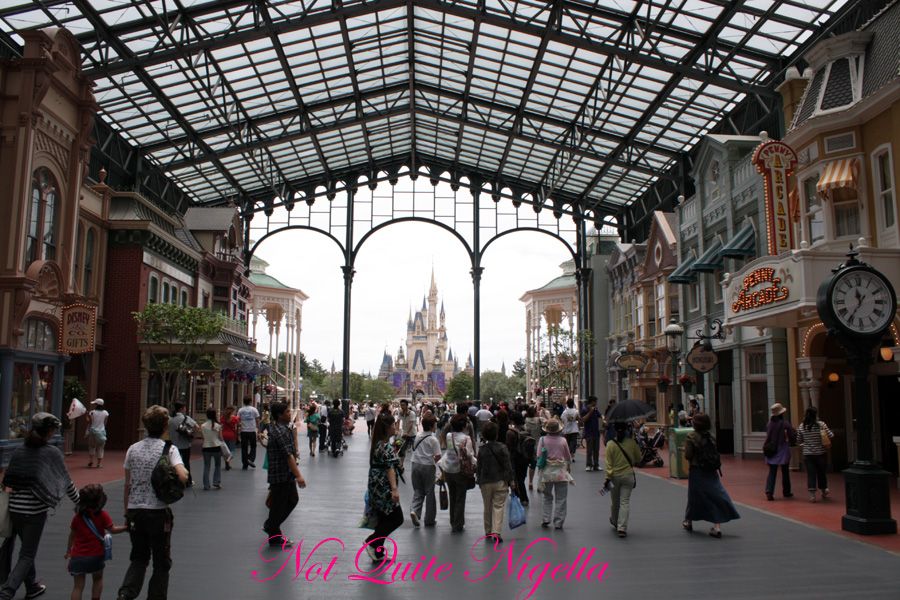 I know I'm hardly a child, and I know that every visit to Tokyo for me has to seemingly include a visit to Tokyo Disneyland. This time however I had the excuse that I wanted my husband to come along. When he was 2 years old, his parents took him to Florida Disneyland. When he met Mickey Mouse he promptly burst into tears. The poor thing had not only the humiliation of crying at the cartoon character at such a tender age but also a second round of humiliation when his brother, his best man at our wedding, recalled the story to all of our guests.

So in an effort to purge him of his Mickey Mouse demons, I took him to Tokyo Disneyland. I shan't bother you with the details of the rides (although I loved them and as always my favourite was The Haunted Mansion) but here is a look at some of the food we ate:

The Smoked turkey drumstick was a gigantic sized drumstick where the delicious smoked aroma beckoned to us. I know that I am in Western World when I can smell these. There's some gristly bits but it's soft and the flesh eases away easily which is a must when you're eating takeaway style without utensils. 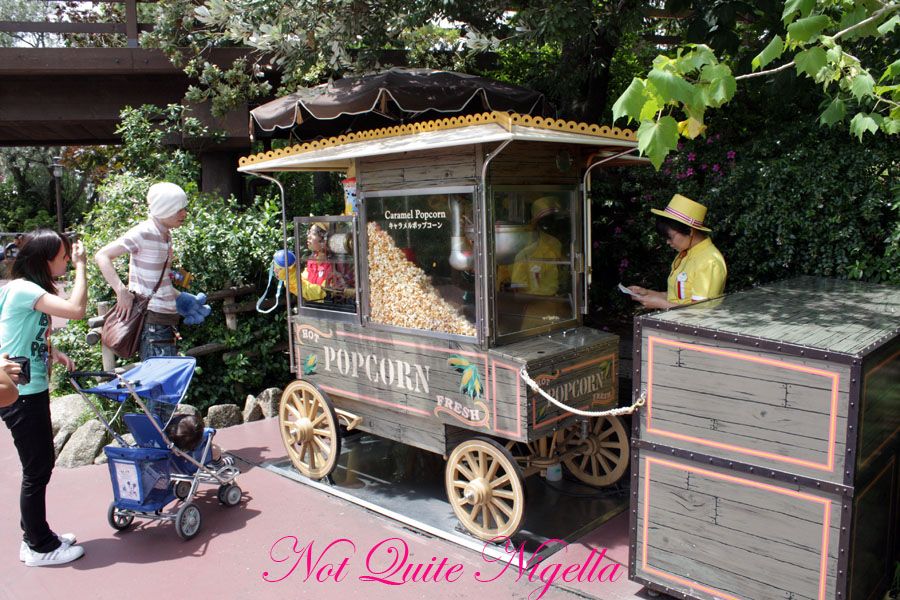 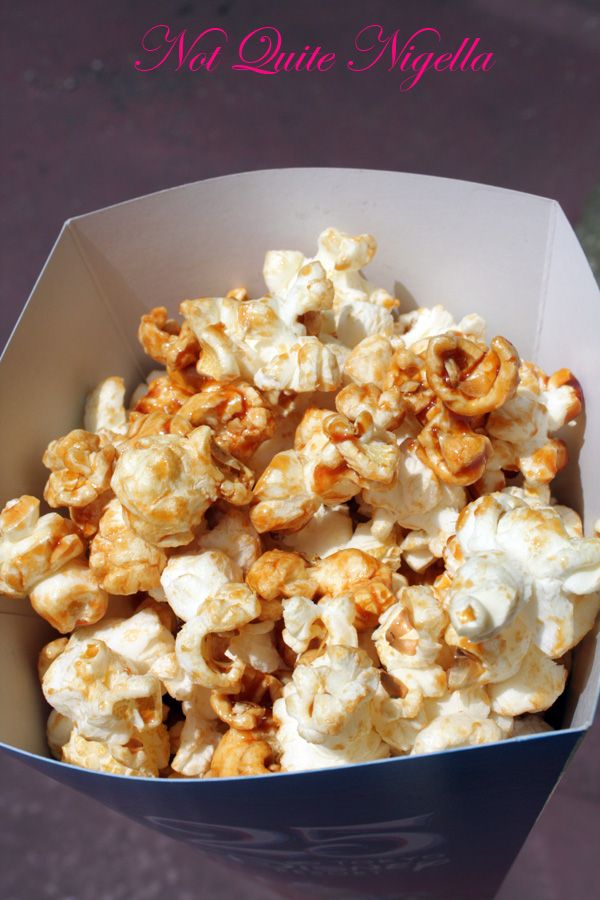 I wasn't too impressed when I saw the streaks of caramel on this freshly popped popcorn. I prefer a more even distribution and simply bugs me when I see that it isn't evenly coated. However my grumbling ceases when I pop these little morsels into my mouth. They're so fresh and the caramel so perfect but they are different from Lolly Gobble Bliss Bombs or thicker toffee coated popcorn. I prefer these as there's nothing like absolutely fresh popped popcorn. 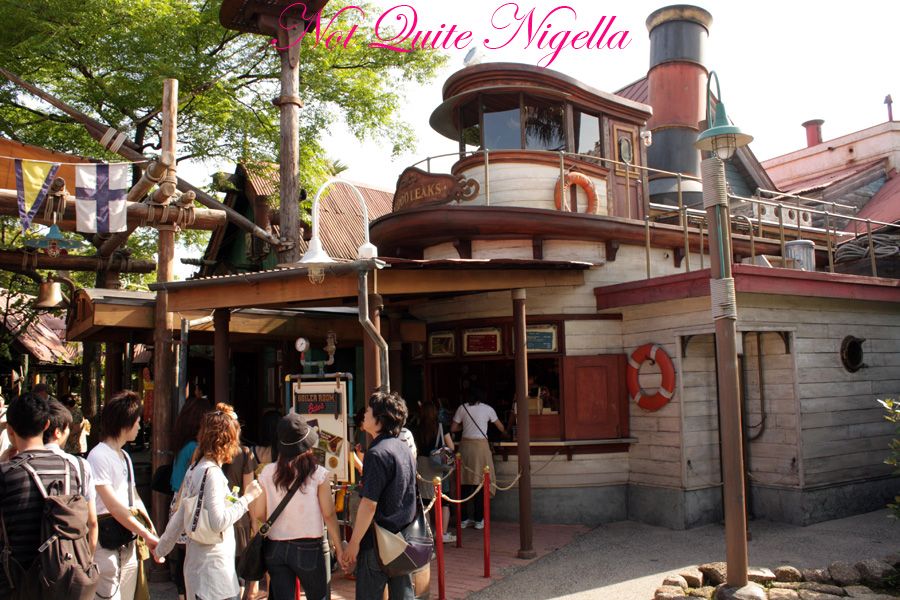 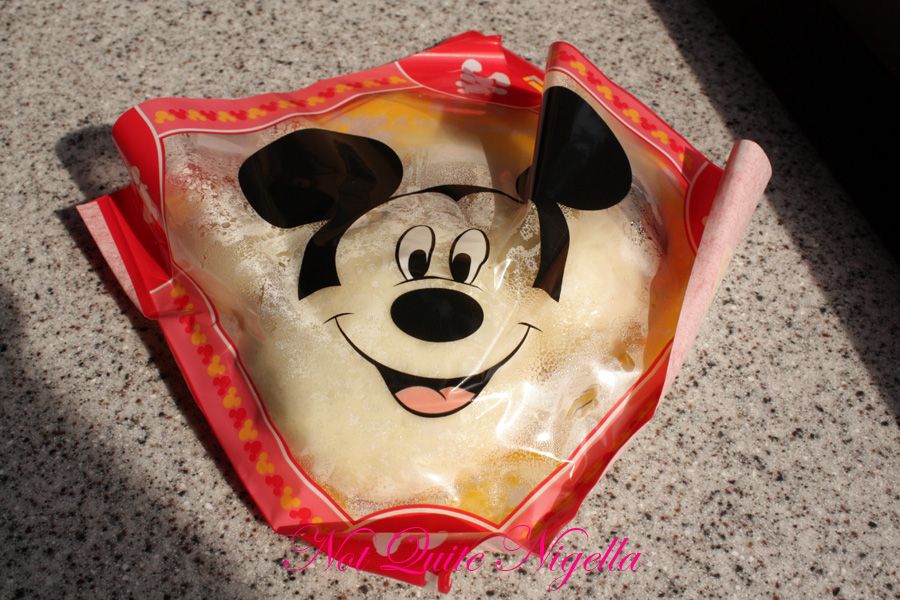 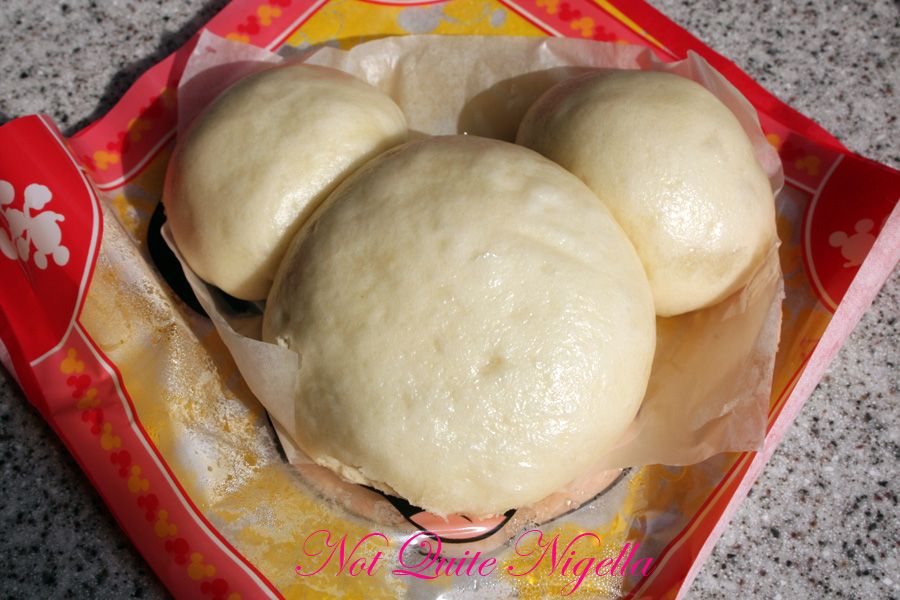 We try a Mickey Mouse Pork bun and it's a cute silhouette of his face. Both ears pleasingly have pork filling in them. It's not quite like Char Siu buns but close. Great for cute value. 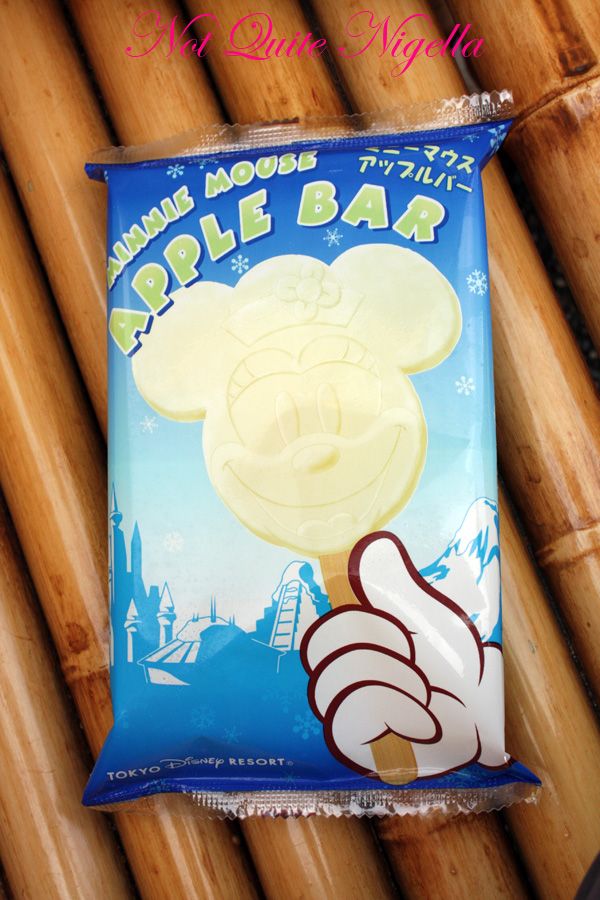 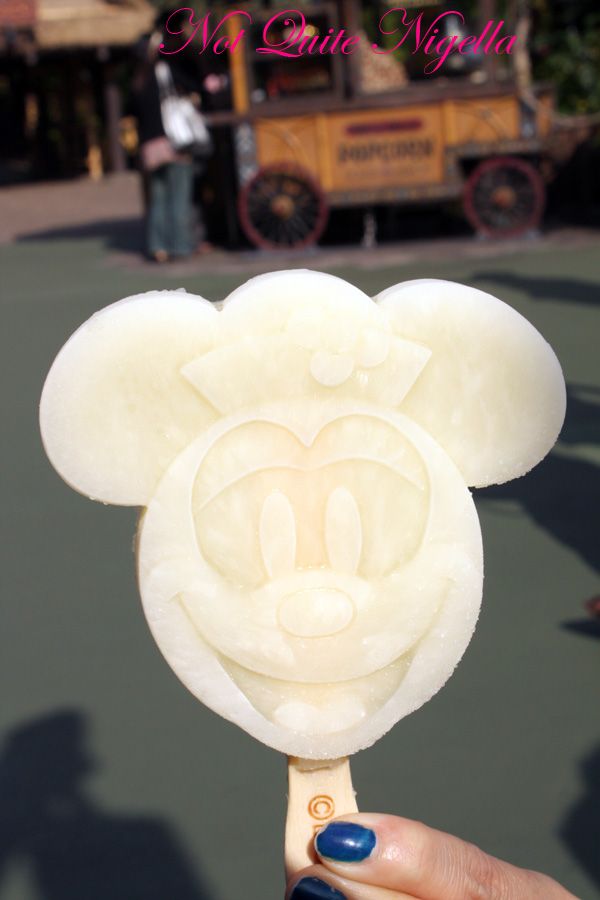 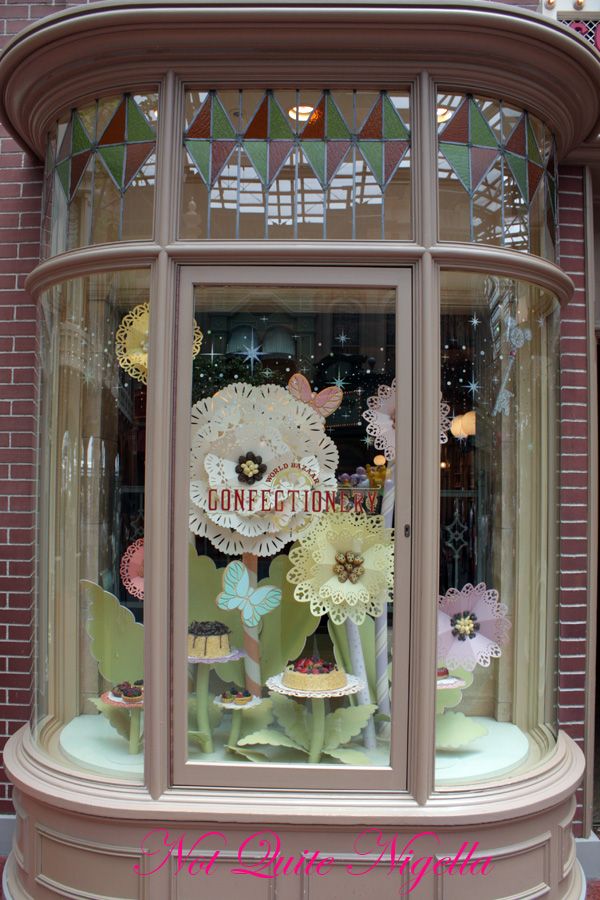 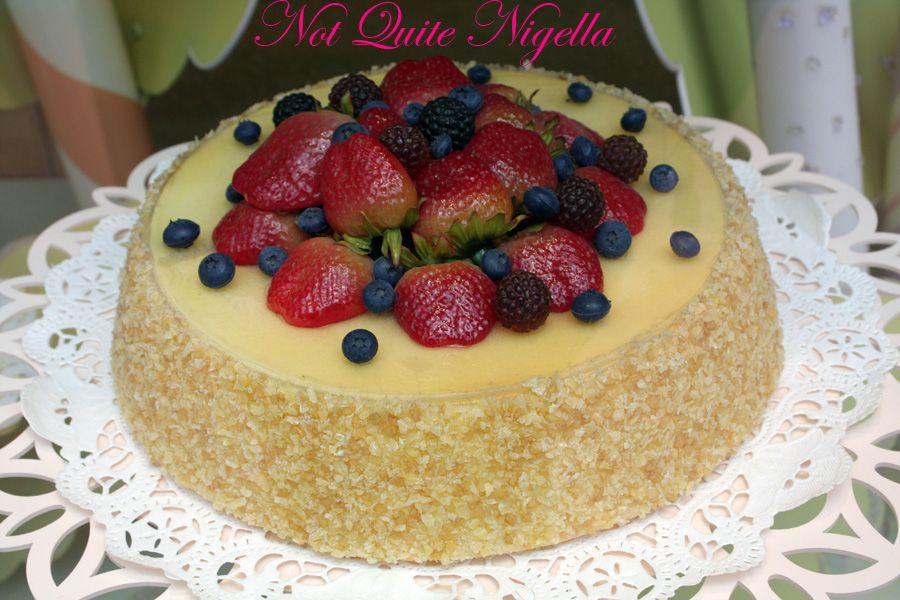 Above are pictures from one of the shops, I was rather excited to see these cakes but once I entered the store, was disappointed to find out that they don't sell these cakes, they're just for display. They sell biscuits and lollies and other items that are less perishable. So this was a fake fake cake! 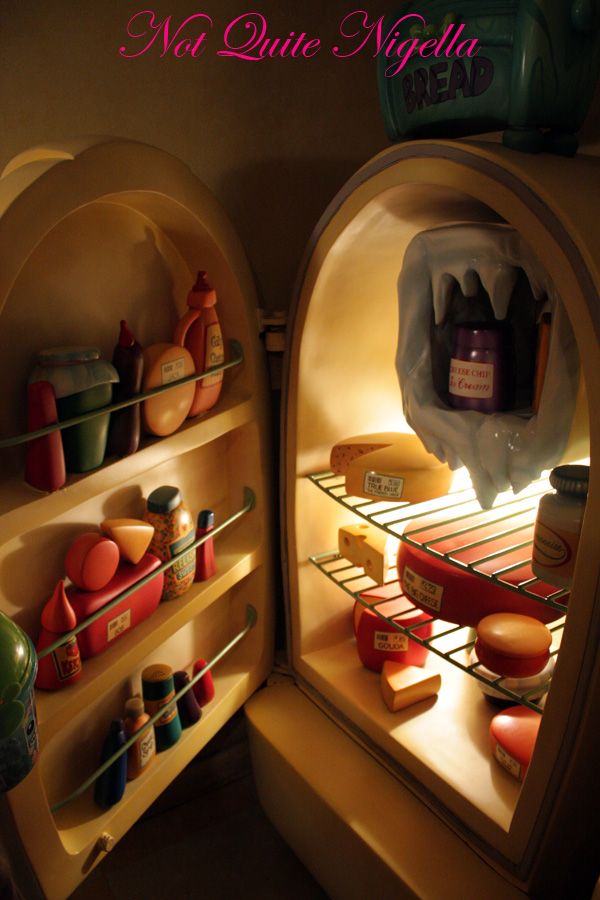 Have you ever wondered what is in Minnie's Mouse's fridge? Apparently, a lot of cheese! 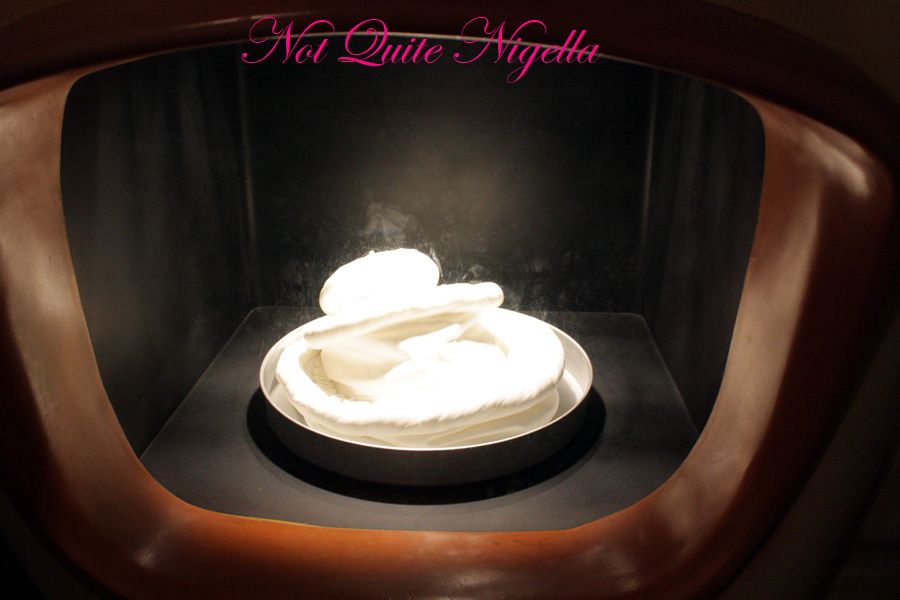 Her oven can bake a cake within seconds too 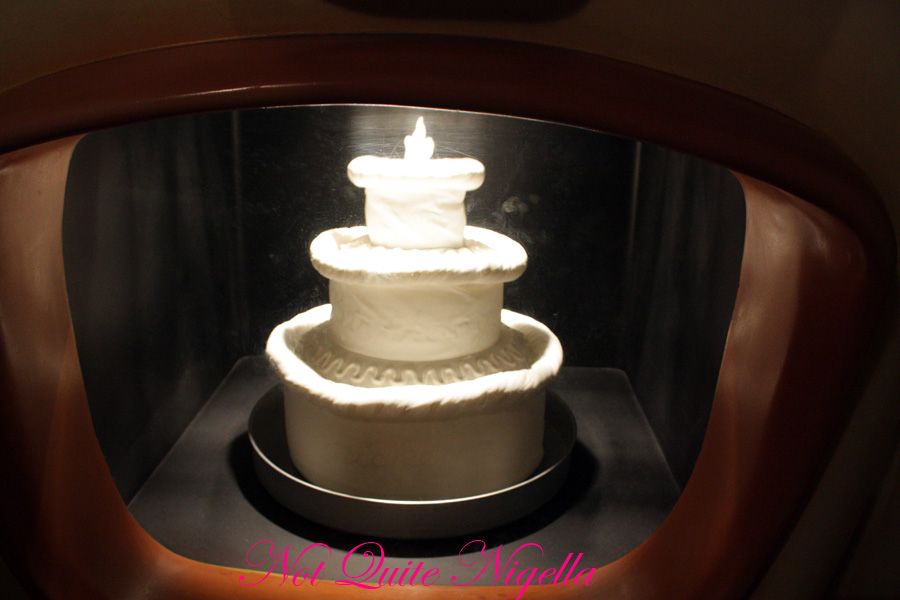 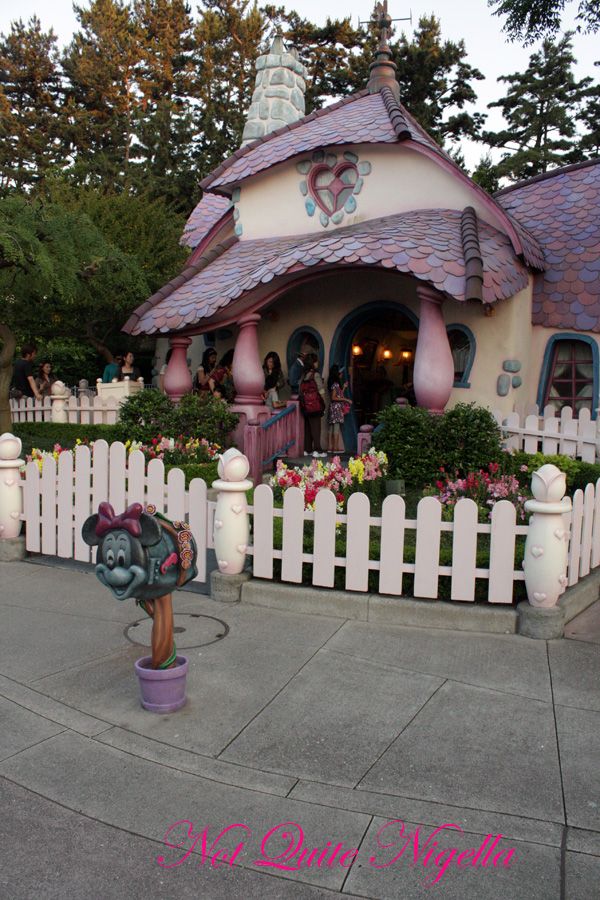 The outside of Minnie's house 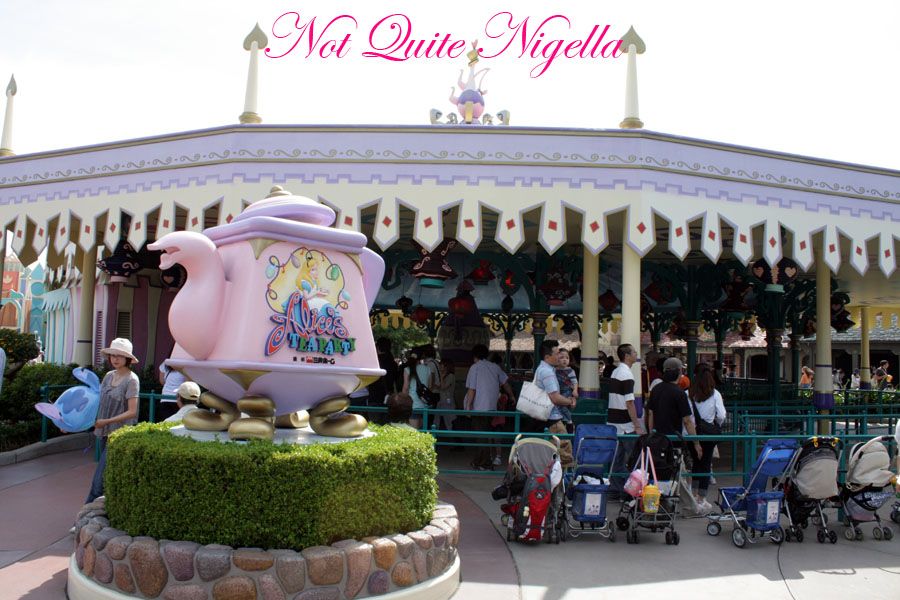 A cute ride, Alice in Wonderland's teacups (although not the most exciting) 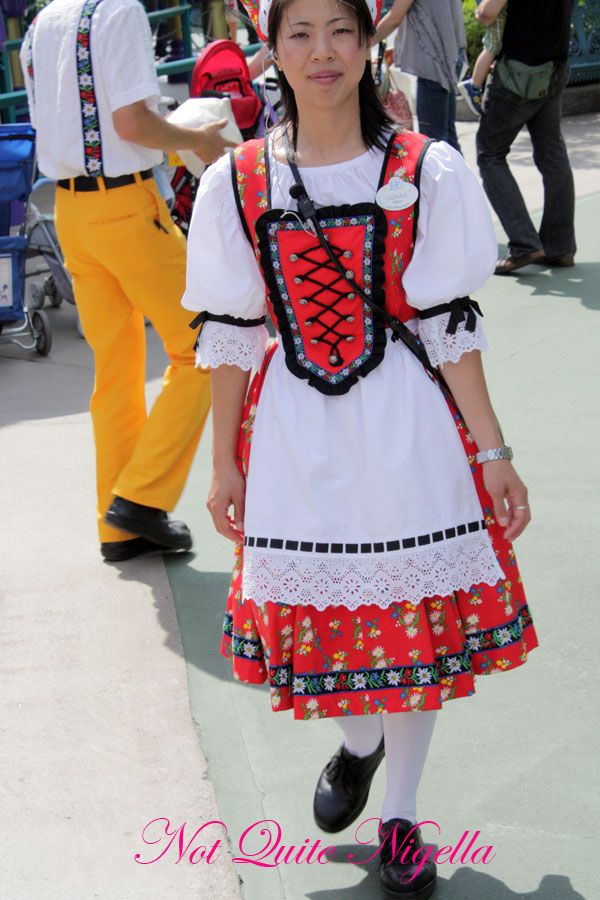 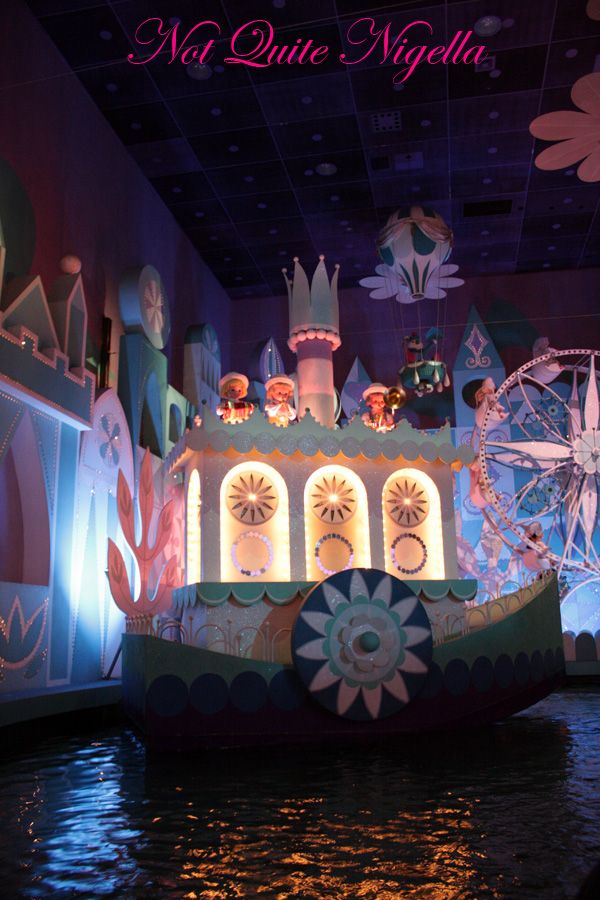 Lastly a picture from It's A Small World ride. Cute stuff and Australia even has a small section to itself!

One thing that has me stunned when we leave at the end of the day is the number of girls wearing sky high spike stilettoes. One is even wearing stripper platform shoes. I have no idea how they managed to get around Disneyland in them and stand in queues. My husband can't believe that they aren't crippled given that he has been running around in sneakers and his feet are killing him!

And whilst I'd hate to say that I'm an expert on anything, I have some tips borne from my many visits to Tokyo Disneyland (I have no idea about the other Disneylands although I suspect Minnie Mouse may smoke at EuroDisneyland ;) ).