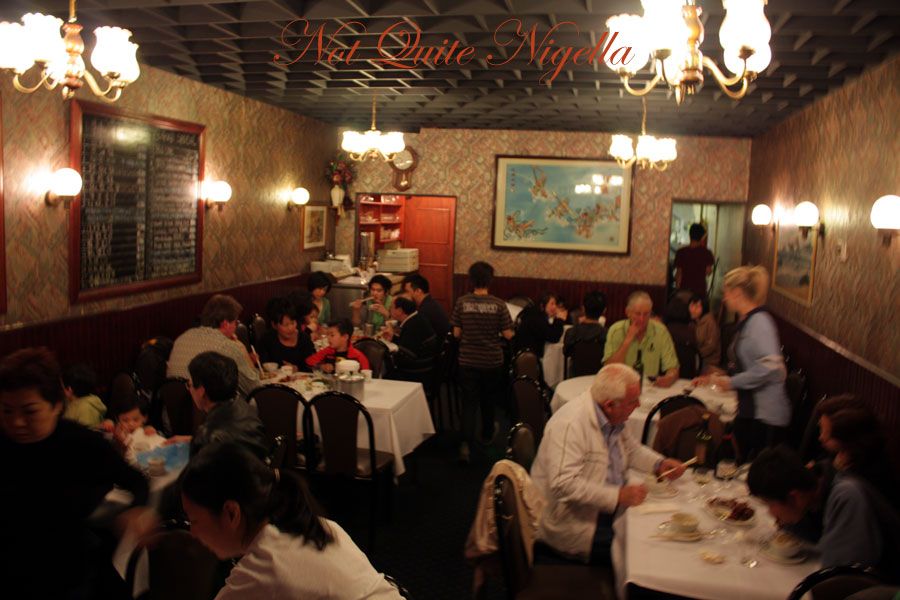 When I asked my father where he'd like to go to for Father's Day this year, he didn't pick a fancy place, or a notable place, or a place he was curious about. He picked the place that we used to get takeaway from regularly when my mum was too busy to cook, Hoh Won. It's safe to say that we all grew up on their meals and we can almost recite the menu backwards. Yes, he's not a man for trying new things. Being that it was Father's Day we made sure to book at this little suburban Chinese restaurant. It's small but popular and does a booming takeaway business. Indeed, the last time we actually ate in here was when I was about 12 years old. 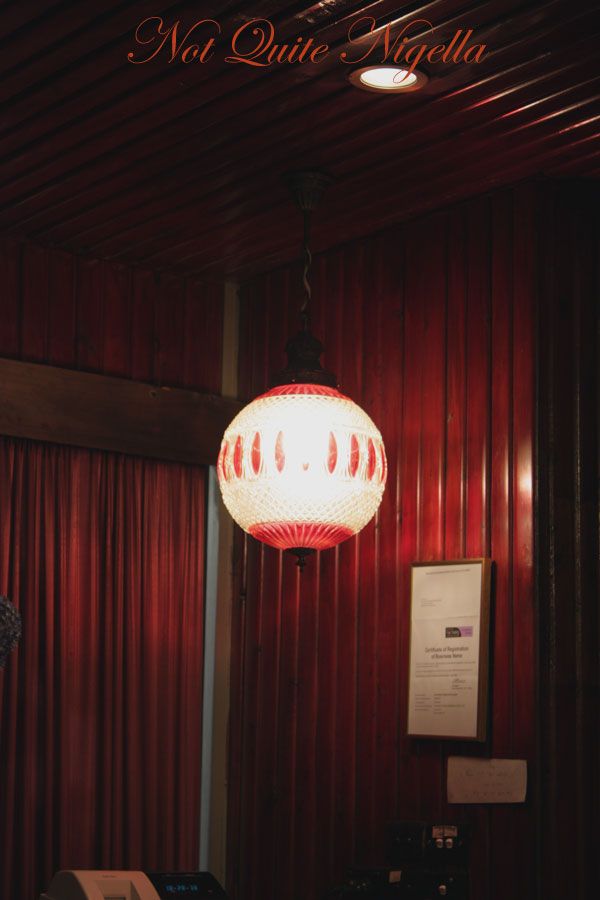 And because my dad loves to eat early (he's in bed by 9pm every night, see he really doesn't like adventure), we are sitting down to dinner at 5.30pm. There is already a table mid meal which makes us feel a little less odd. Looking at the blackboard, we do a double take as blackboard specials actually appear on the menu. We get excited at the idea of Peking Duck for $22 but upon asking, we learn that you only get 1/2 a duck which is about the normal price for 1/2 a Peking Duck so we pass. My father loves seafood so we order a slew of dishes that are different from what we normally order. The tables are very close together, with extra tables added to cater for Father's Day. 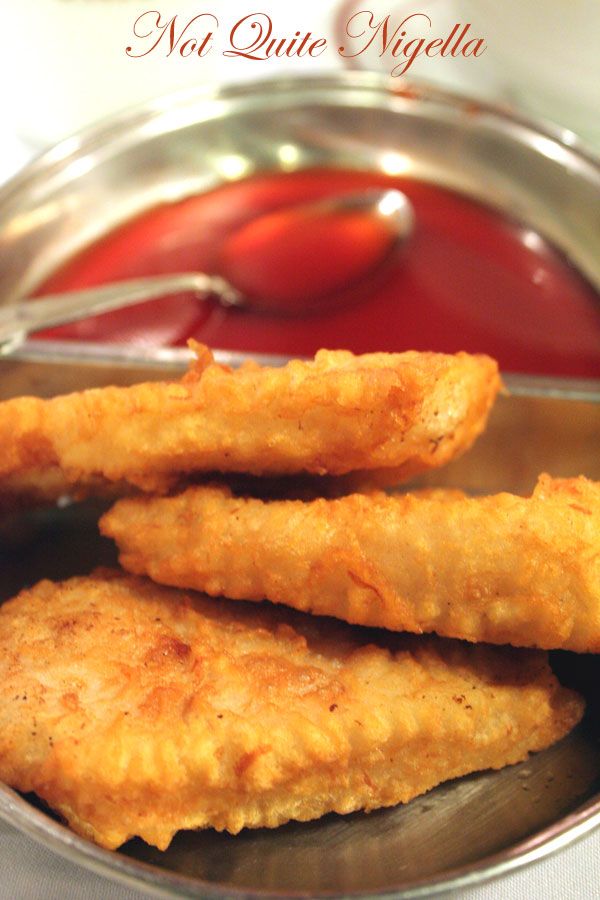 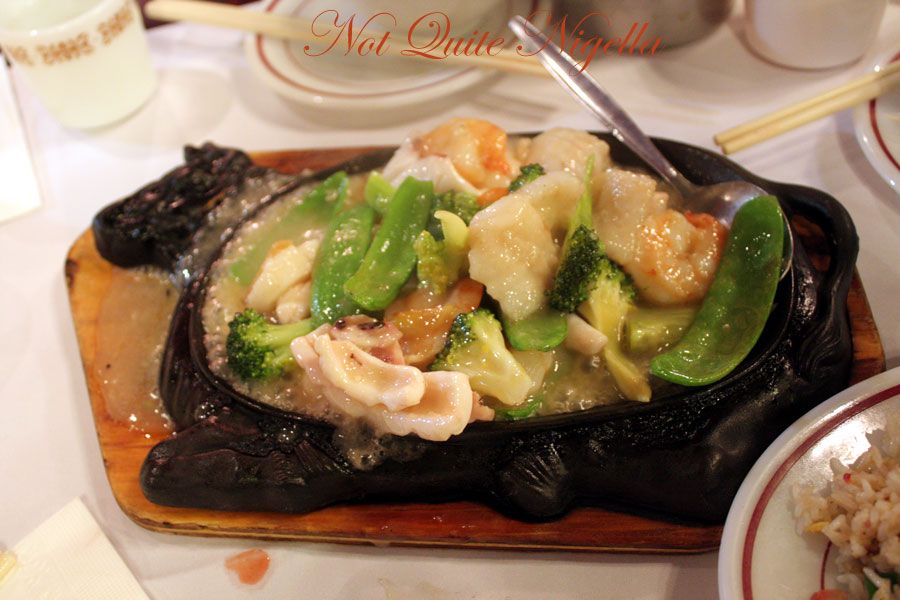 Our sizzling seafood platter arrives in a bowl and the waiter pours it into the sizzling cast iron plates, spilling some of it onto the tablecloth. He shrugs and we're left to pick up several pieces of food that have fallen on the tablecloth after he leaves. The seafood platter itself is good, full of scallops, fat prawns, squid and fish with a fragrant gingery taste and thick sauce. 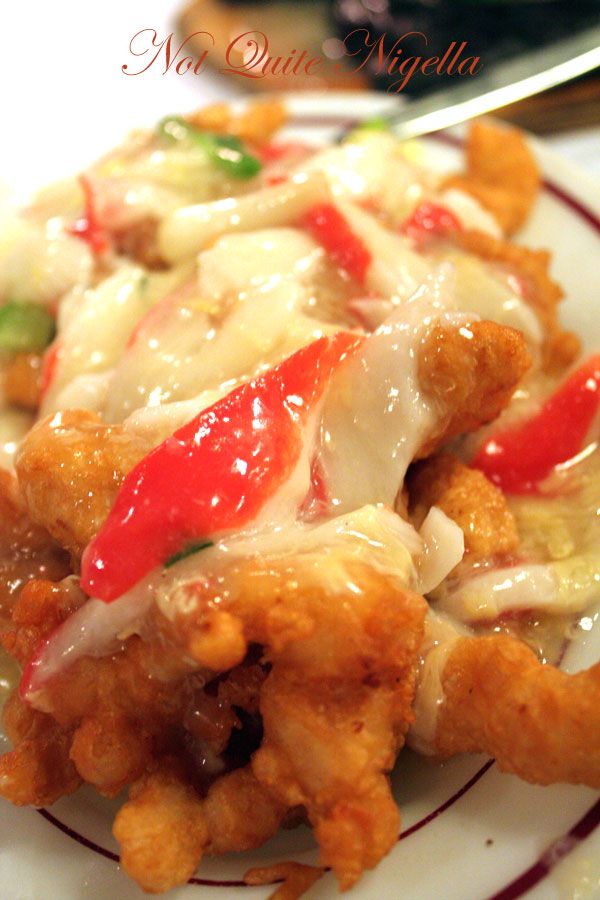 The next dish is a new one for us, the chicken in crab meat. To our surprise, they deposit a plate with chicken topped with seafood extender. I alternative between being shocked at being served seafood extender and laughing. The less said about this dish the better. Needless to say, seafood extender should not be used in place of crab meat.

By now, there is a woman who works here who is getting frantic and pointing at people's tables and screaming "This is a mess! It's all messed up!!!" in Chinese. Not exactly soothing or relaxing and a table leaves after swallowing their food quickly. If our fish hadn't just arrived, I'd ask for it to be taken away it's so frantic and the constant elbow bumping is getting a bit much. 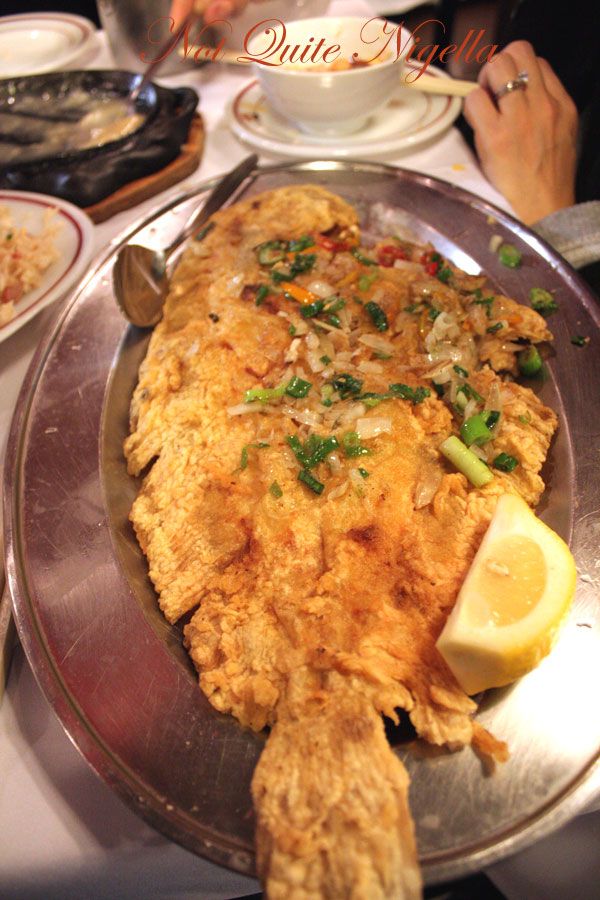 A dish we'd ordered before and had been reliably good tonight fails us, the flounder devoid of spice or flavour and appearing as an unappetising greasy mess. It's a shame because really every other time we've had it, it has been good. 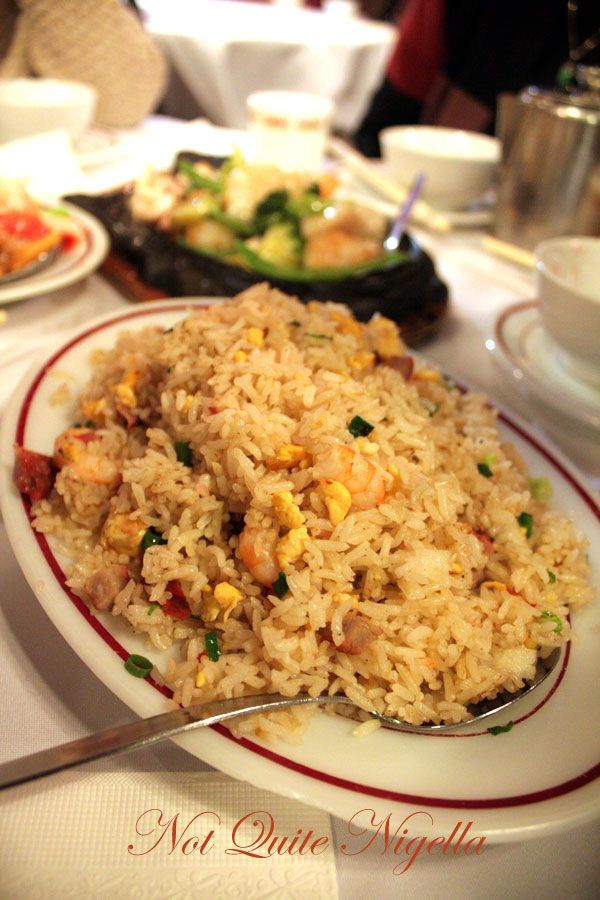 The fried rice is good, studded with lots of prawns and char siu (my favourite) and is a generous serve.

I know that Father's Day and other busy days aren't the best days to judge a restaurant but they should also be days in which you don't feel stressed and harried, otherwise you'd just as soon cook at home. I've no doubt my dad will be back for takeaway, although I also know that he will order his old faithfuls and take it away to eat at home. 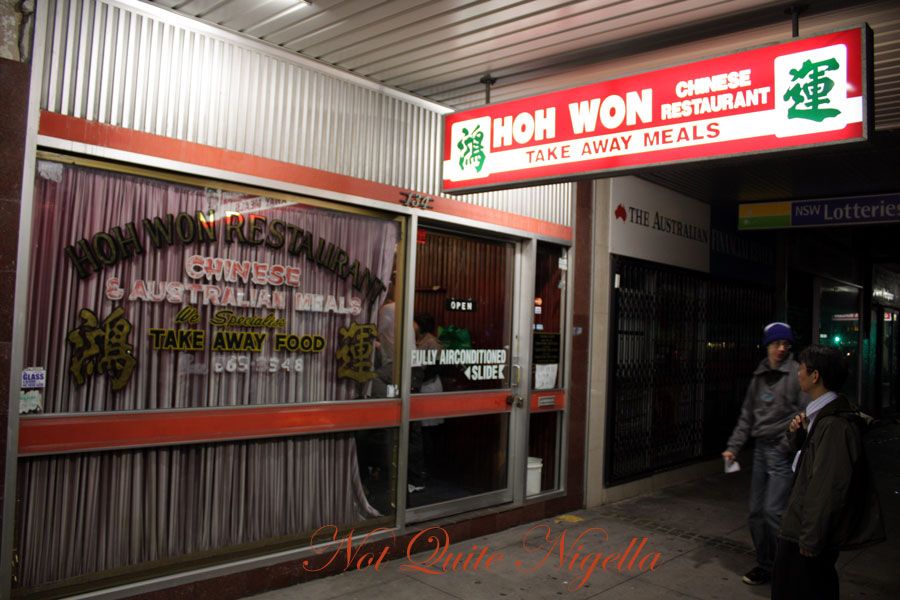 Open for lunch and dinner

Vegetarian options: A few but do check if oyster sauce is used