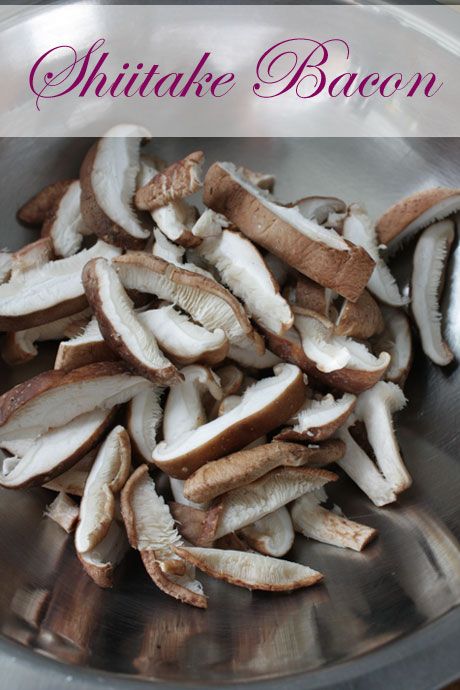 My friend Kathy has awesome search powers. She flies through the internet scouring out things like a googling superhero and often brings me interesting things to cook/try. One of the things that she showed me was Shiitake Mushroom Bacon, where you transform the humble and healthy to taste like the delicious but let's face it unhealthy bacon. I've spoken often of my love for bacon. It is what stands between me and vegetarianism and other religions, not that I'm particularly interested in joining any other groups. Another friend Carbon Debit has spoken of the Bacon made out of beef that she has tried in Jordan where the Muslim religion forbids the eating of pork products. I defy anyone to resist the smell of cooking bacon. But of course for vegetarians they must. 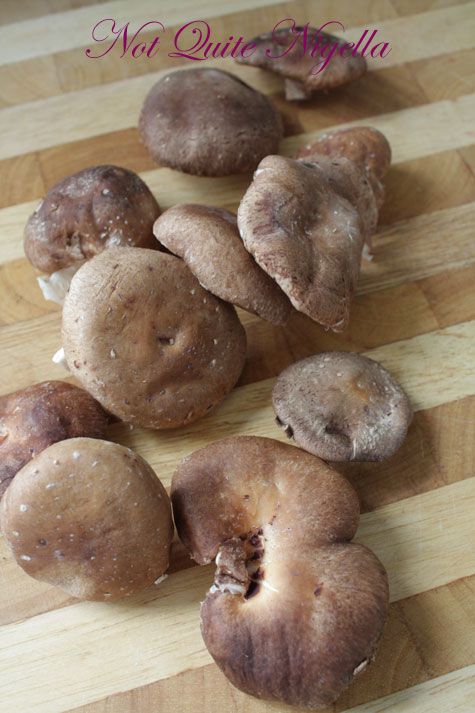 I was curious to try it because it sounded like such a crazy idea that it might just work. I sliced the mushrooms and soaked them for 10 minutes while the oven was preheating. I left the smaller stalks on as I thought that this would be fine as they were less than a centimetre long and popped the drained mushrooms in the oven for 8 minutes.  When I took them out, ignoring the fact that they were hot I eagerly tried one. The firs thing that hit me was the smokey flavour followed by the saltiness. 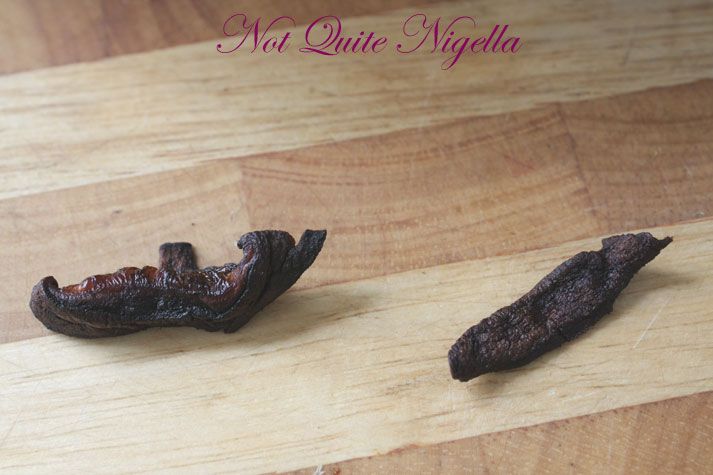 Too thick with stalk on the left, better thickness and crisped up on the right

Was it bacon? Perhaps not _exactly _but it wasn't too bad. It's like the Jessica Seinfeld Spinach and Carrot brownies, it's pretty good but if you're a diehard fan expecting the real thing you may be a tad disappointed. The thinner cut pieces got crispier and therefore more bacon like than the rest, certainly the ones with the small stalk end didn't crisp up enough and just tasted like shiitake mushrooms with soy so I would suggest removing the stalk and cutting each piece about 3-4mms thick so that all of the pieces crisp up nicely. Also I found that after a while they lost their crispness and once they did, they transformed to salty Shiitakes again. I'd also suggest marinating them for a shorter amount of time as the saltiness is quite strong and the mushrooms act like sponges. As for a name? Perhaps I Can't Believe It's Not Bacon -of course advertised by Fabio. 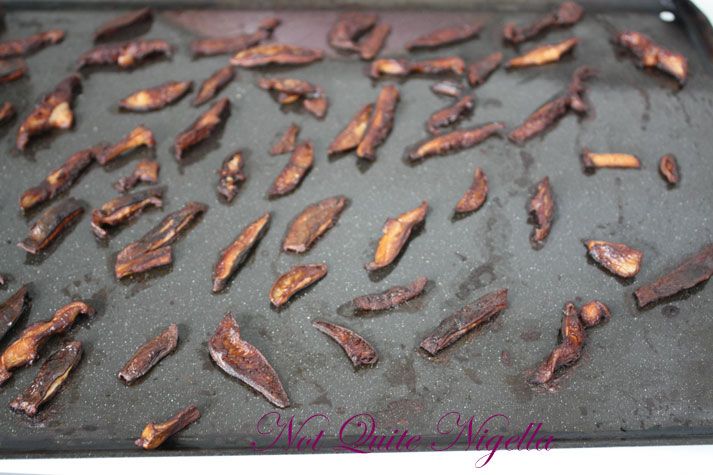 Step 1 - Preheat the oven to 400F/220C. Slice shiitake mushrooms thinly (about 3-4mms). If they have a stalk remove it and slice it in half. 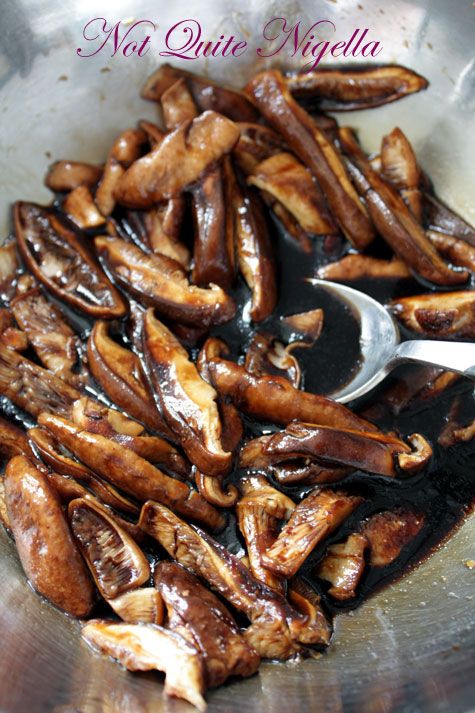 Step 2 - Toss in soy sauce and marinate it for a couple of minutes. Drain and place on an unadorned baking sheet.

Step 3 - Bake for 8 minutes (they burn quickly so watch them!) 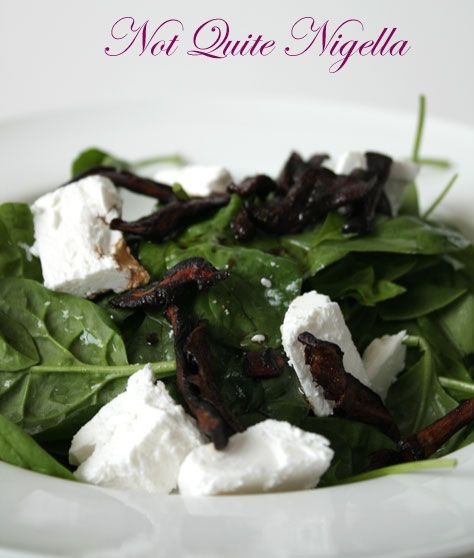 With a spinach and feta salad