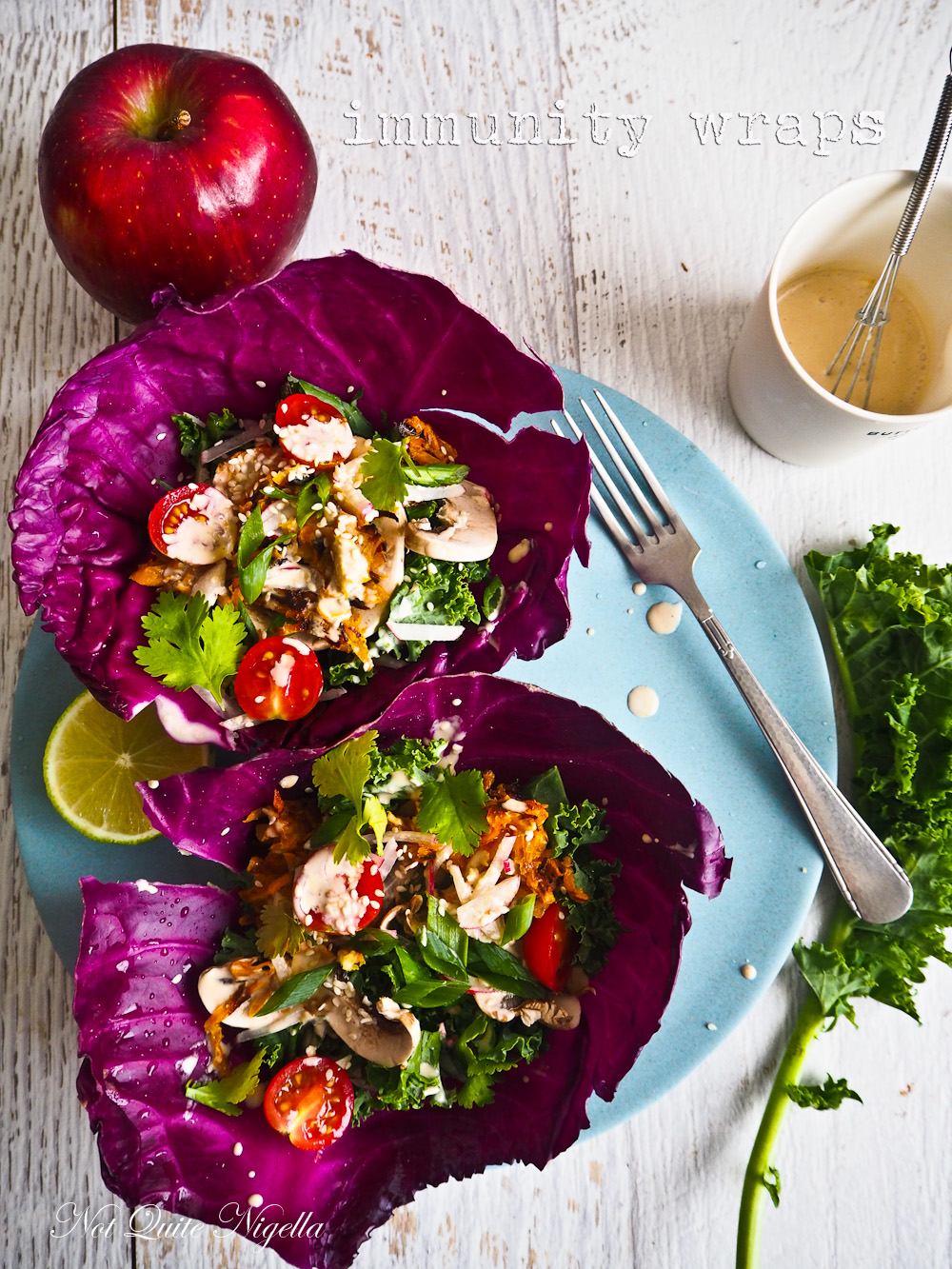 These vitamin rich raw salad wraps are a colourful way to get all of your vegetables without feeling as though you are depriving yourself of anything. When I start to feel run down or the beginnings of a cold, I buy a colourful range of vegetables to make up into these wraps. And my favourite part is the coconut miso dressing that came about when I had run out of aioli!

When I was in High School, I had a friend who liked to "embellish" the truth. When I say embellish I'm probably erring on the side of politeness, what I should really say was that she lived a rich fantasy life. When she would come to school in the morning there would be tales of things that had happened to her. Where men had thrown themselves at her feet and of adult sized flirtations and adventures. We soon cottoned onto her richly woven tales and would listen but we always say, "Well that's just one of Fran's stories." They were harmless as far as we could see and we all knew that her home life was difficult so that was her way of coping. Perhaps it was insecurity. Who knows.

About ten years later I met her again as an adult. She was eager to show everyone her new home and new baby and they were both beautiful. I could still see the same girl in her though when she offered me a juice and said, "Oh this is the black label brand, it's the best in the supermarket" and kept talking about how she had just bought a pair of Chanel sunglasses (and left the plastic sticker on while she was wearing them). And how she had gotten a completely free table because the man in the furniture shop had taken a liking to her. Again these things are harmless little tales or I started to wonder, were they?

Which brings me to something that has been covered in the media quite a bit lately. The Whole Pantry's Belle Gibson was a wellness Instagrammer whose web of lies was recently revealed. When the story first broke I groaned. Bloggers tend to get lumped in with social media influencers and there were plenty of headlines like "Mega-blogger Belle Gibson casts doubt on her own cancer claim". Certainly there is a cross over but her forum was Instagram and an app. And for every one fraudulent person, there are hundreds of hard working genuine bloggers. I also thought of people like Fran who feel the need to concoct whole lives for themselves. Belle's one of course had much more devastating consequences than Fran's. It was only when former friends sent newspapers and magazines some fact checkable claims that it all started to go bad for her. 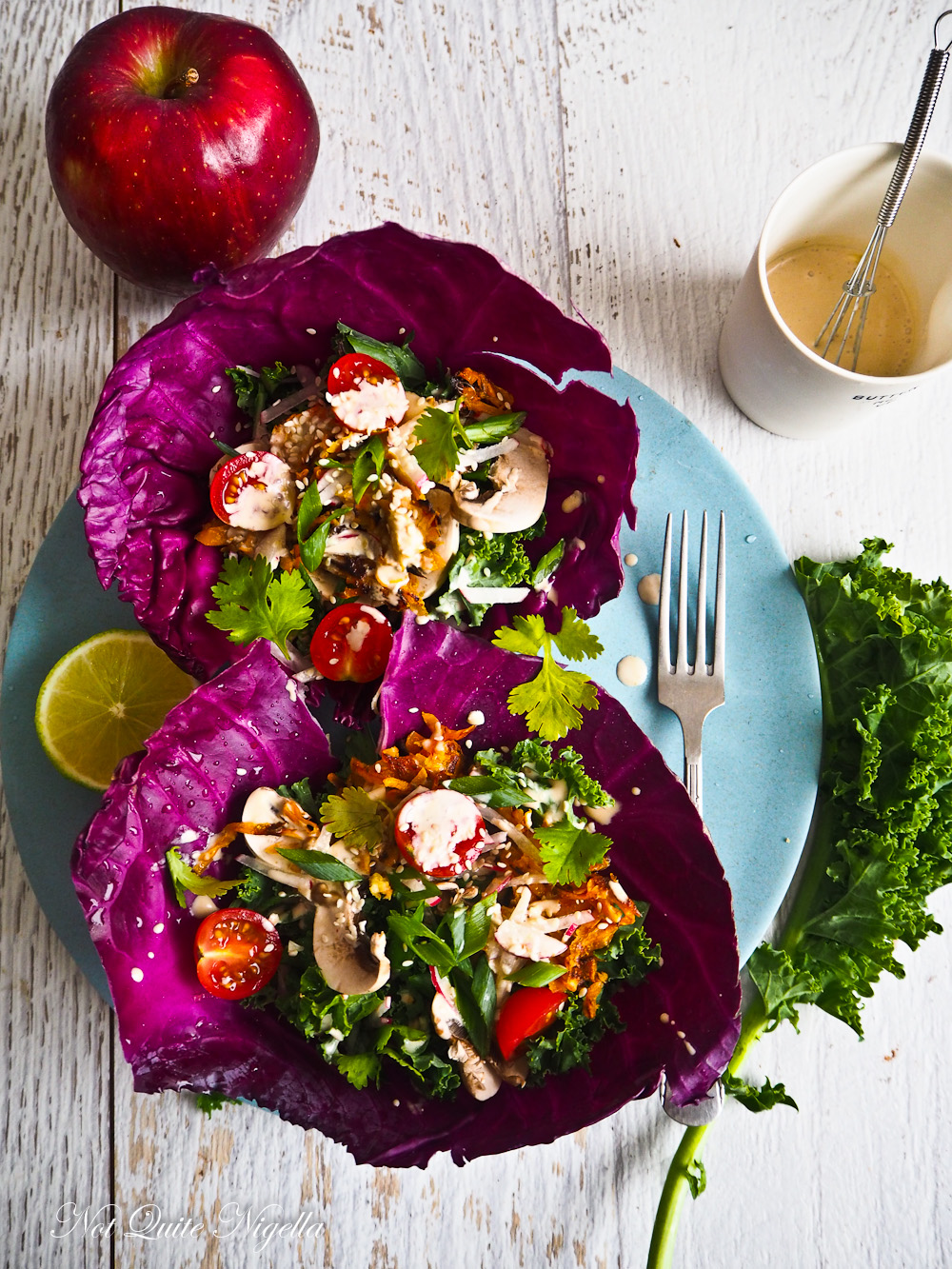 I wanted to hear the whole story and it was only now that she has confessed to the Weekly magazine that her cancer diagnosis was all made up. There has been speculation that she has a version of Munchausen's disease. I would imagine or at least hope that she is thinking about some of the people that followed her lead and stopped chemotherapy thinking that it was possible to cure cancer with diet. People are desperate to believe and hope in the face of a cancer diagnosis and so were a lot of people that covered her extensively in the media.

Then there is also the situation where she made sales on her app claiming that a certain percentage of the sales went to charity, yet the charities in question never saw a cent. And strangely enough, it seems that no charges will be pressed. I don't even know what to make of that and I have nothing but questions. Like what possesses someone to create a fictional world that can only crumble under scrutiny? Should she be charged? Or do we treat this as a mental problem that needs help rather than justice? Should she have to make amends financially with the charities? What is legally required if anything? I found that even when she was admitting to the truth in the magazine, there was still an element of trying to elicit sympathy. I have no doubt that she struggles with things but to me the whole thing is one sad, inglorious mess that gives us questions more than answers.

And while I was reading all about it, I wasn't sure what to say about these wraps. They're inspired by the cover of the cookbook My New Roots. It was just after the recent chilly weather when I started to get a bit sick from the wet weather and chills. I wanted to make sure that I was getting lots of vitamins and minerals so I bought lots of vegetables and plenty of ginger and garlic and made these. But now I'm scared to say that they're immunity boosting because I can't guarantee it!! Eek!!

Anyway, at the least these are a tasty, healthy lunch, that much I can claim. These wraps are enormous and filling. I think eating one is plenty for lunch and I was surprised at how many hours I remained full. And my favourite thing was the creamy coconut, miso & garlic dressing. I love creamy dressings and this gives you that lovely creaminess without a mayonnaise base.

So tell me Dear Reader, what are your thoughts on the whole Belle Gibson situation? What do you think should happen? Are we being too hard on her? And when you get sick, do you try and modify your diet to include foods that might help? 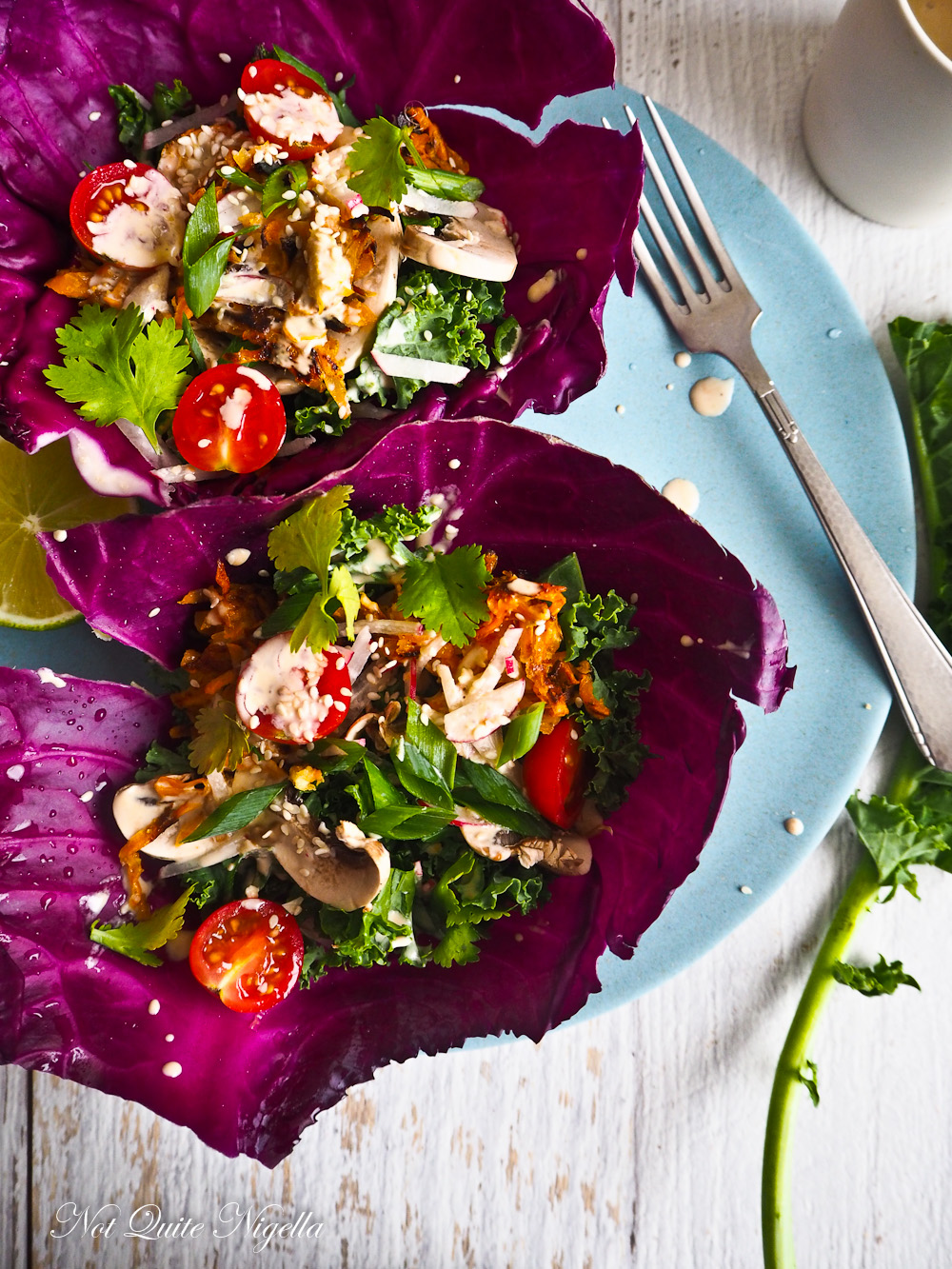 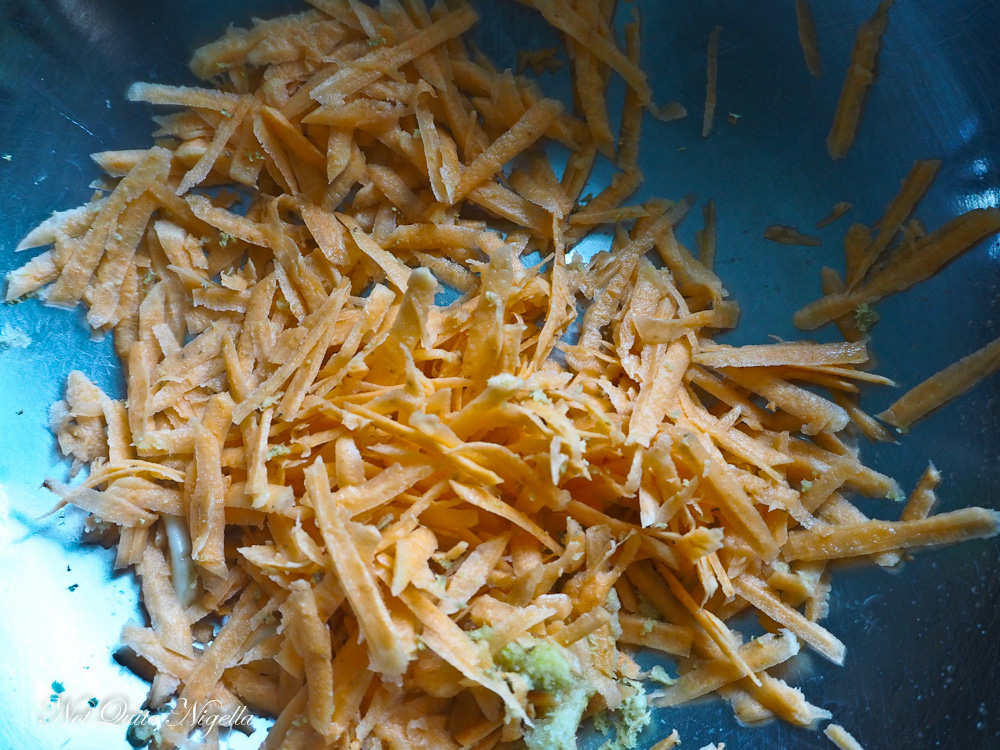 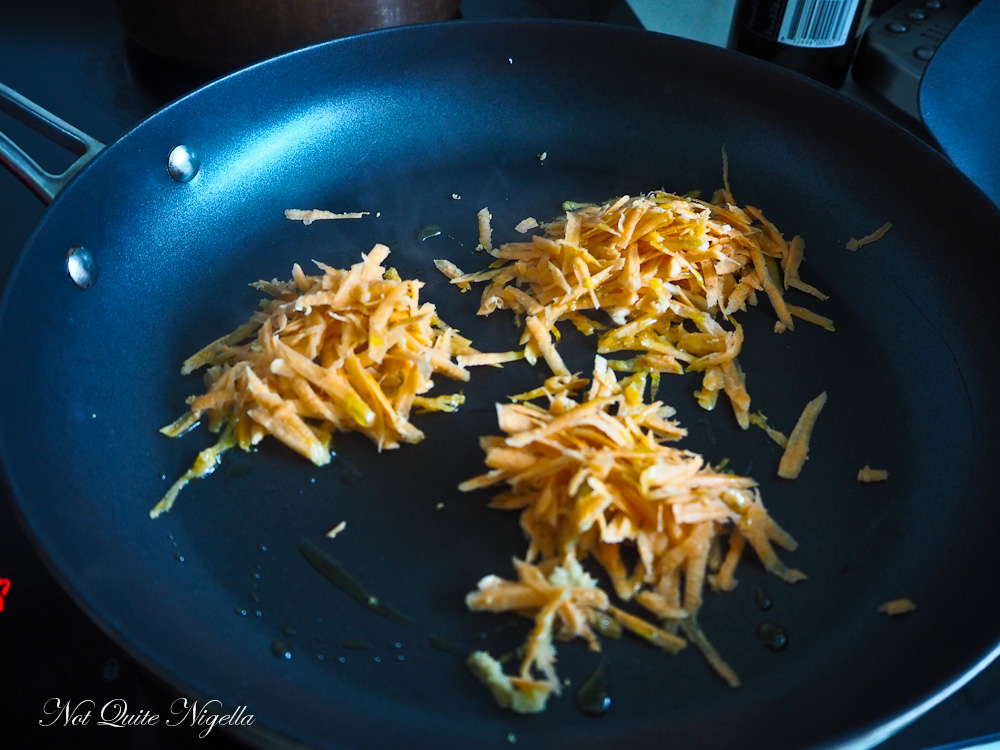 Step 2 - Top with julienned radish, sliced tomato, cherry tomato, green onion, coriander leaves and seeds. Whisk the coconut cream and the white miso and the remaining clove of grated garlic and drizzle over the wraps.