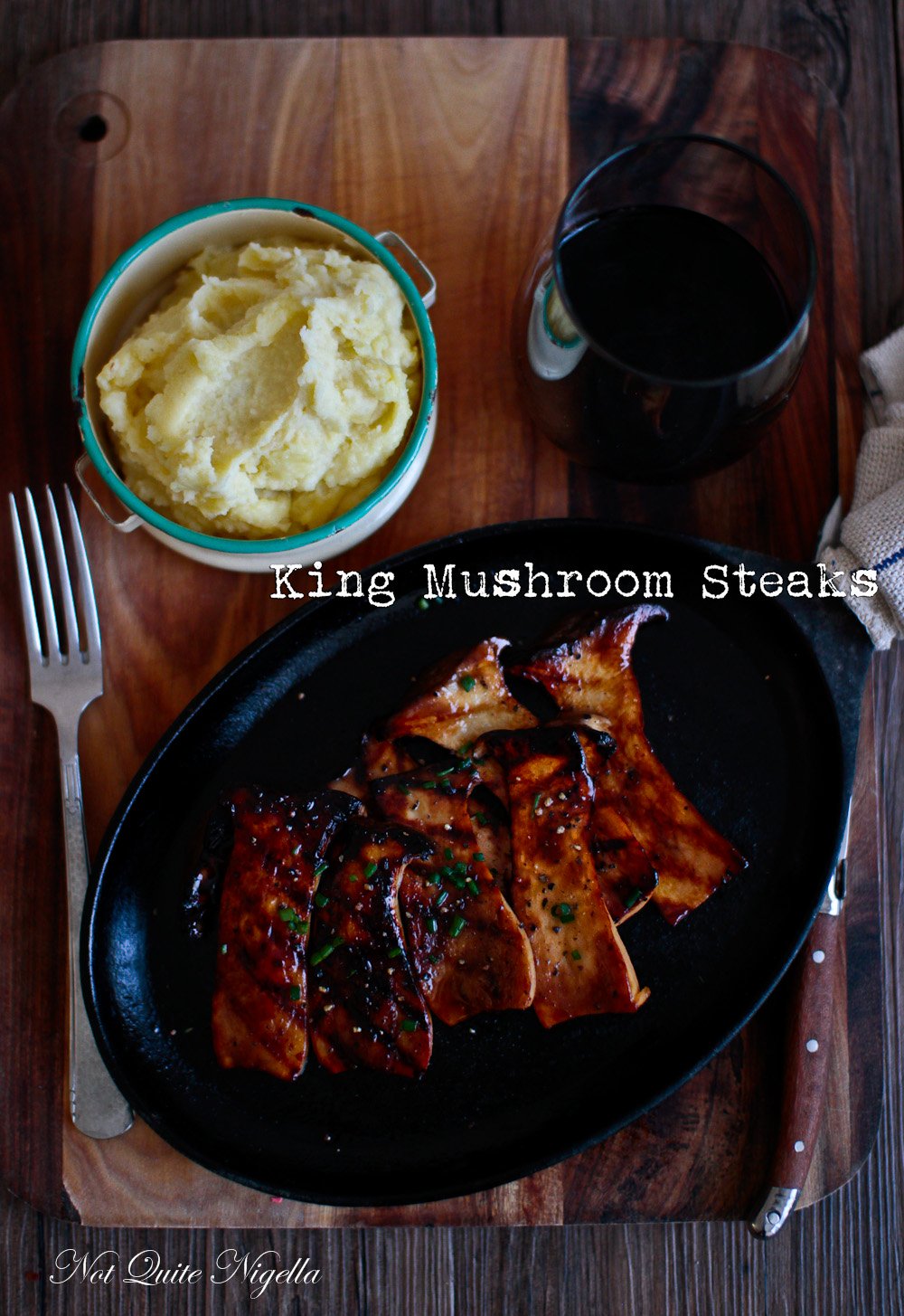 King mushrooms are transformed into the most juicy, luscious, umami rich "steak" served with creamy mashed potatoes! The secret is the simple marinade made with choice ingredients that are satisfying but easy. In fact making the mashed potato will take longer than the mushrooms!

I would often see king mushrooms at the markets and think that I'd like to buy some but as they are a little expensive. I would just say to myself that I would buy them when I had a recipe. Well the recipe never materialised but king mushrooms on sale did. I only cooked them once: at a Japanese BBQ restaurant. Truthfully they were my least favourite thing as they took ages to cook and ended up dry, flabby and unappealing. 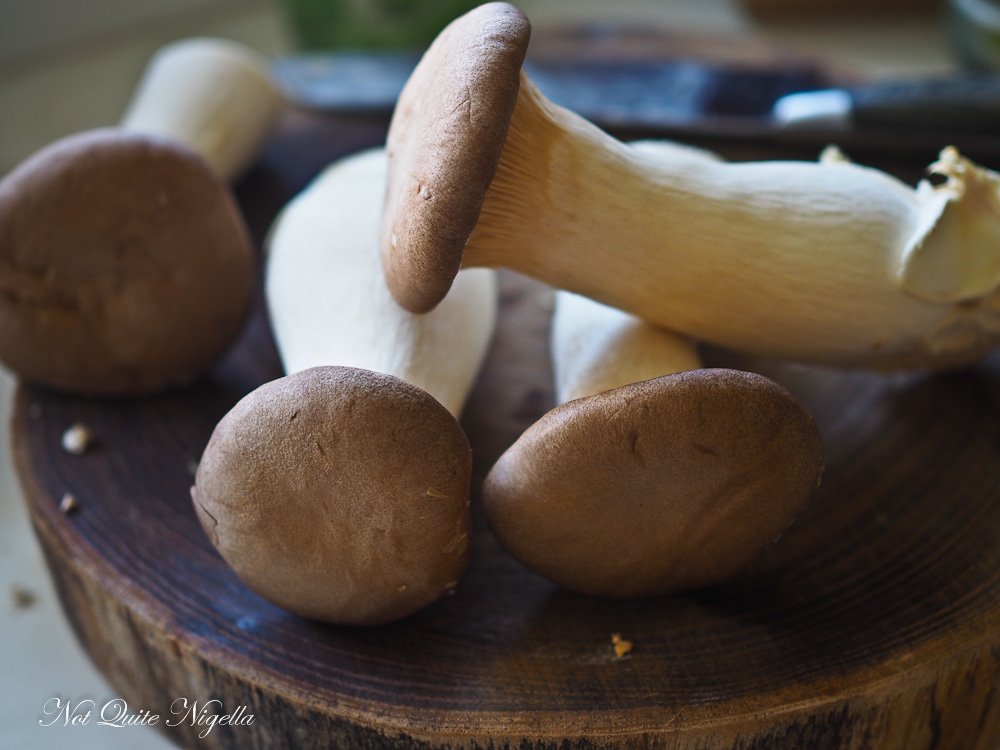 I thought back to a meal that I had eaten where they had put one single slice of king mushroom next to the steak. It was utterly delicious and I wished that there were more slices on the plate (they're not that expensive but I guess the star was meant to be the steak but to me it was the king mushroom). So with the mushrooms that I bought I decided that I wanted to emphasise the king mushroom's meaty flavour and texture and give it the "steak" treatment. I played with a few different combinations of marinade before arriving at this one. And it was a beauty.

Grilling the mushrooms keeps them juicier while pan frying them gives them more of a caramelised look-it's really up to you how you want to do them but they're such a good idea if you're entertaining and have any vegetarians or vegans or if you just want to eat something healthy on the grill. The only caveat is that you really want to get this special soy sauce.

On my last trip to Japan I learned that the Japanese use different soy sauces for different things. There is a slightly thicker sauce for sushi and sashimi that clings better and there is also a soy sauce for cooked oysters that I bought from Hiroshima. To me soy sauce is mainly salty but the oyster soy sauce is like a complex mix of flavours. And the great news is that you can buy it in Australia (at Tokyo Mart in Northbridge). Because it is that much more complex you only need a few ingredients. It also works with regular soy sauce but honestly it's SOOO much better with the oyster soy sauce. This is a pushy recipe, it's one of my favourite ever meals that I make for myself now and if you want something delicious and healthy then this is perfect. 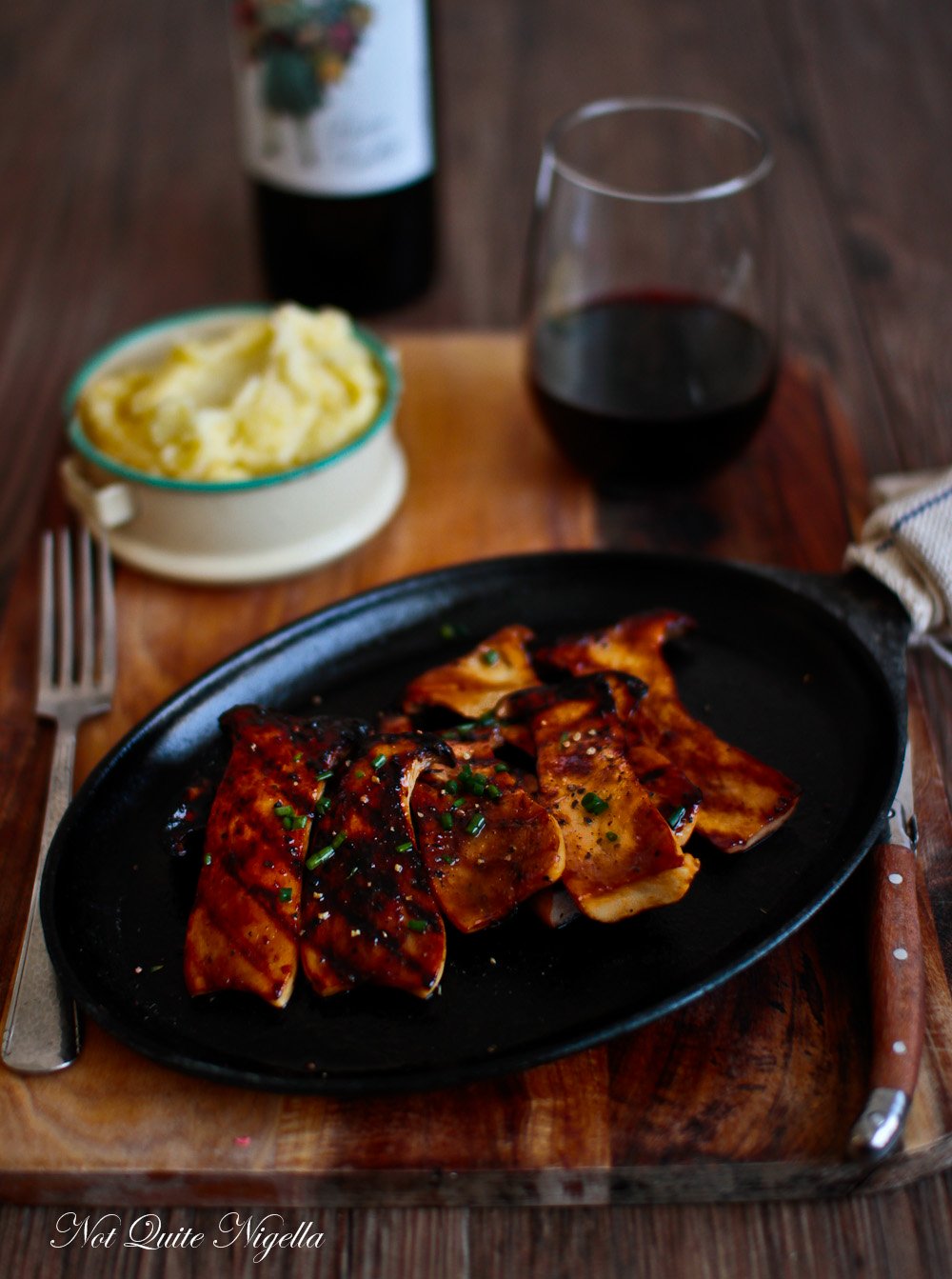 The day I finally got this marinade combo right was also the day I turned into Donald Trump. I should probably explain. My friend Alyson had been raving to me about this range of skincare. I bought a few things including the serums that she recommended and a BB cream that she hadn't tried. That afternoon after joyfully tasting these mushrooms I got ready to go out.

I smeared on the BB cream and it balled up on my face-something that you don't want of a cream. And then I looked in the mirror that was accidentally on the magnifying side (we have rules in the house, no magnifying side!) and shrieked. It had turned my face orange but my eyes had pale rings around them. And I couldn't see my hair because it was magnified so all I saw was Donald Trump in the reflection. And "he" looked frightening and confused!

Needless to say I returned the cream. And used the money to buy more king mushrooms and soy sauce ;)

So tell me Dear Reader, do you use the magnifying mirror side? And how often do you eat vegetarian dishes? Do you use different soy sauces for your food?

*Smoked salt can be purchased at large delis and gourmet stores. Maldon salt is one brand, I also have smoked salt from Pialligo estate. I purchased liquid smoke from David Jones food hall.

The oyster soy sauce is by brand Asamurasaki although the name is written only in Japanese script. A photo of the soy sauce in the box is on this post and it is stocked at Tokyo Mart in Northbridge and larger Japanese grocery stores. 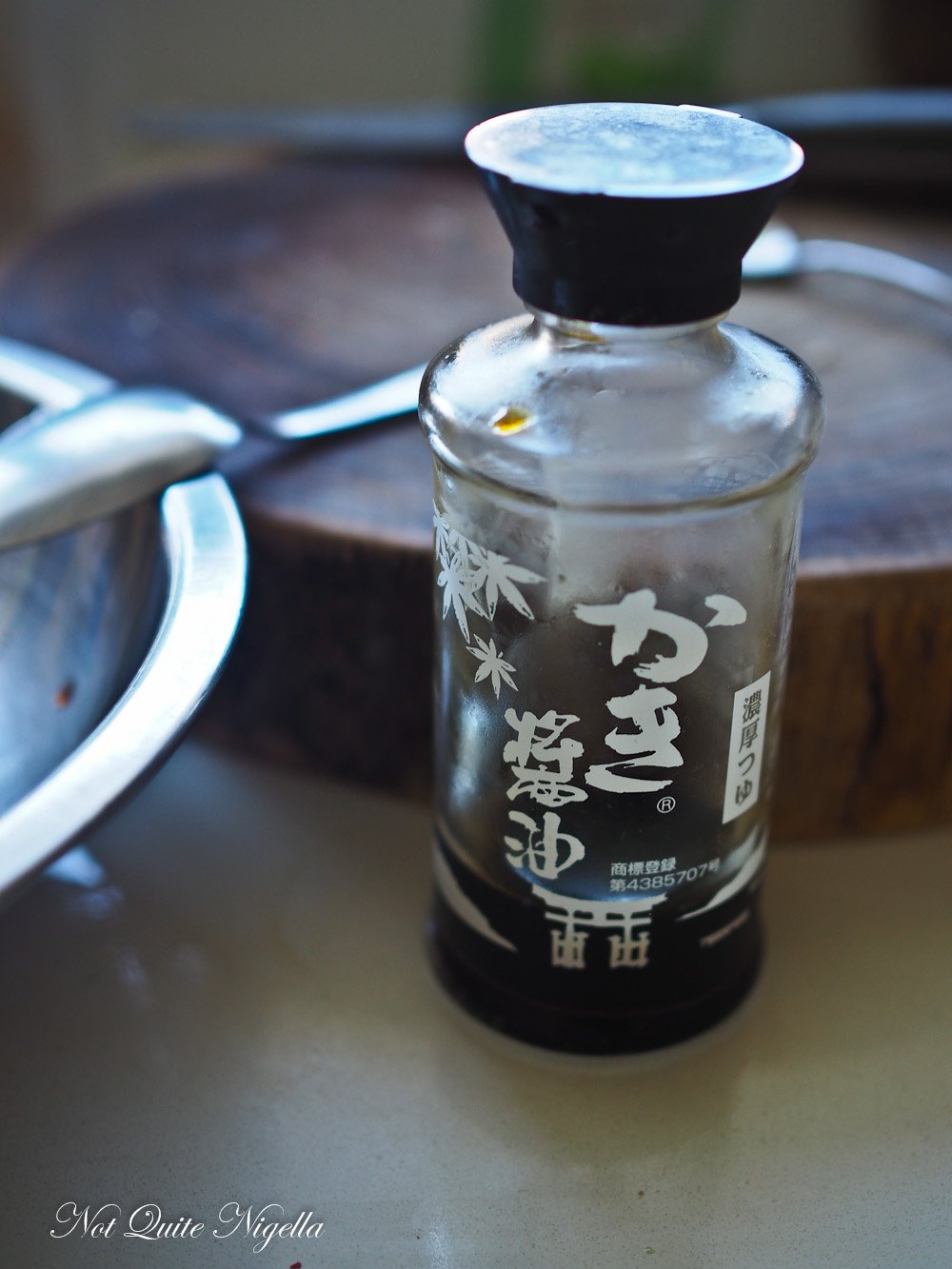 Step 1 - Make the mashed potato first as that takes the longest. Boil the potatoes in the skin until they are tender and the skin splits (about 45 minutes depending on the size of the potatoes). Remove the skins and then pass through a ricer back into the original pot. Heat the potato and stir using a flat bottomed spatula or wooden spoon, removing all excess water. Add the butter and cream and mix and add salt and pepper to taste.

Step 2 - While the potatoes are boiling, slice the mushrooms into 1/4 inch slices vertically. Combine the soy sauce, oil, liquid smoke, salt and pepper in a bowl and marinate the mushrooms in this for 30-45 minutes turning to coat the mushrooms.

Step 3 - Grill or pan fry the mushrooms for 3-4 minutes and then turn over and cook for 2 minutes.