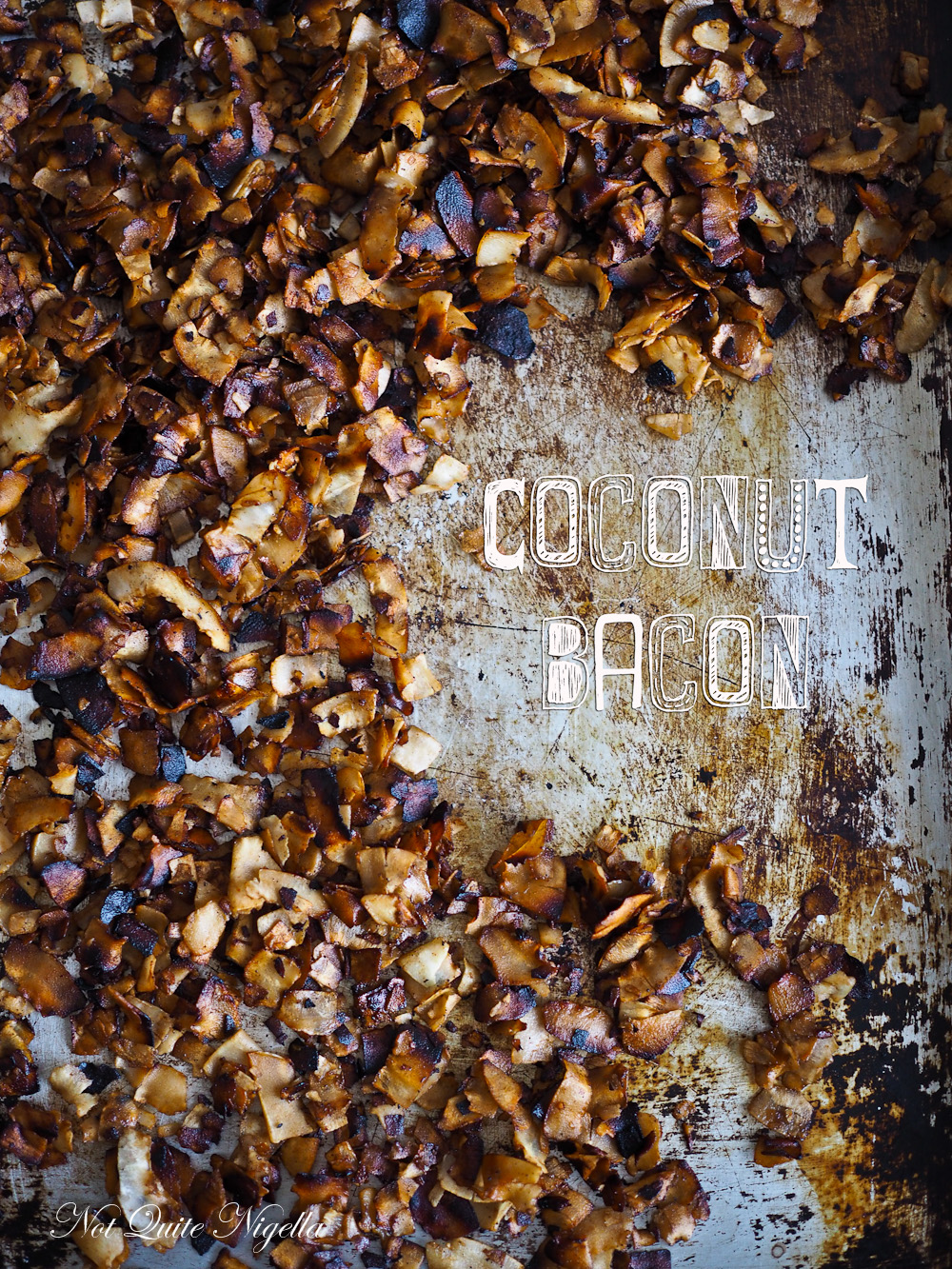 *Coconut bacon is one of those things that I have been intrigued by for a while but because I eat bacon I never really felt the need for it. But one day curiosity got the better of me. How was this vegan alternative to bacon? And what did I use it in? *

For the last couple of years, things with food have been getting a bit extreme. Phrases like paleo, detox, wellness and gut healing are bandied about. Things that were formerly eaten are now eschewed, entire food groups have become criminalised, there are more "experts" than not and I’m not even sure if the food pyramid was ever right or where any vested interests lie. I think now more than ever it is so confusing as to what to eat. For example I was told by a nutritionist that duck fat and pork fat were some of the healthiest fats to cook with which made me all the more confused. Only a few years ago we were told not to eat these. I don't mean genuine allergies by the way-they are obviously serious.

I was reminded that that sort of thing has always been around when I met a former caterer who worked on film sets. They once worked on a film with Daryl Hannah where they created some special dishes for her because she had a specific diet.

“The food needs to be blessed before Daryl can eat it,” said one of her handlers. And out popped a man who proceeded to bless dear Daryl’s food and then she ate it I guess safe in the knowledge that not only was her food healthy and nutritious but that she had the added benefit of a spiritual blessing.

Anyway, I made this more out of curiosity because of course I eat bacon. I live for bacon. I live for all food really and a wide variety of it be it “good” “bad” or “devilish” because of course something that may be deemed unhealthy can suddenly a health food. I figure (wrongly or not, I definitely have no qualifications) that if I eat a little bit of everything then I might be ok. But well if my time is up then my time is up and I can say that I had a great time on earth eating.

I used Johanna’s recipe as it seemed straight forward and I know that for a vegetarian she has quite an obsession with bacon and it seemed easier than her facon recipe.

While the coconut flavour is stronger than that of bacon it isn’t bad but it's not bacon. I felt like it tasted better when used an an ingredient rather than just eaten alone (although if for some reason you can’t eat bacon then by all means it makes a crunchy snack). I decided to add it to maple caramel popcorn because the coconut bacon would add the necessary saltiness to the sweet toffee popcorn. To add a bit more aroma to the maple syrup I sprinkled into a bit of cinnamon and lo and behold the snack was about as addictive as bacon. I'm just not sure where the snack sits on the wellness scale ;)

So tell me Dear Reader, what is your take on the food scene today? And have you cut out or banned any food groups? Do you find the advice confusing? 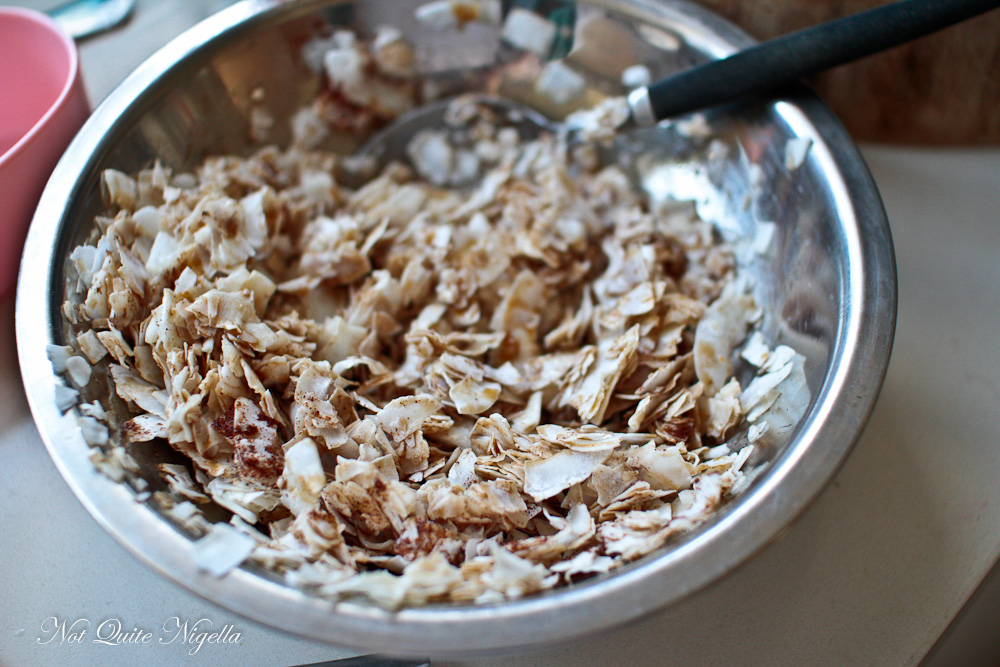 Step 1 - Mix the soy sauce, maple syrup, liquid smoke, paprika and salt in a bowl. Add the coconut flakes and mix around until the flakes are all coated. 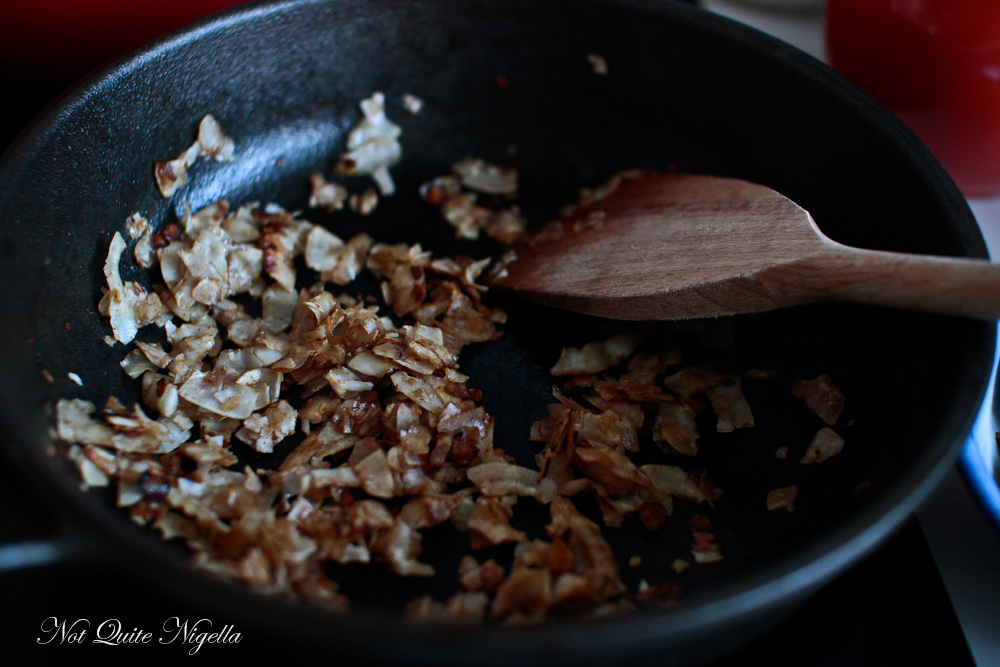 Step 2 - Preheat a frying pan to medium heat (I used 6 out of 10 where 10 is the hottest). Add oil and fry coconut flakes in two batches turning constantly. They will crisp up on cooling. 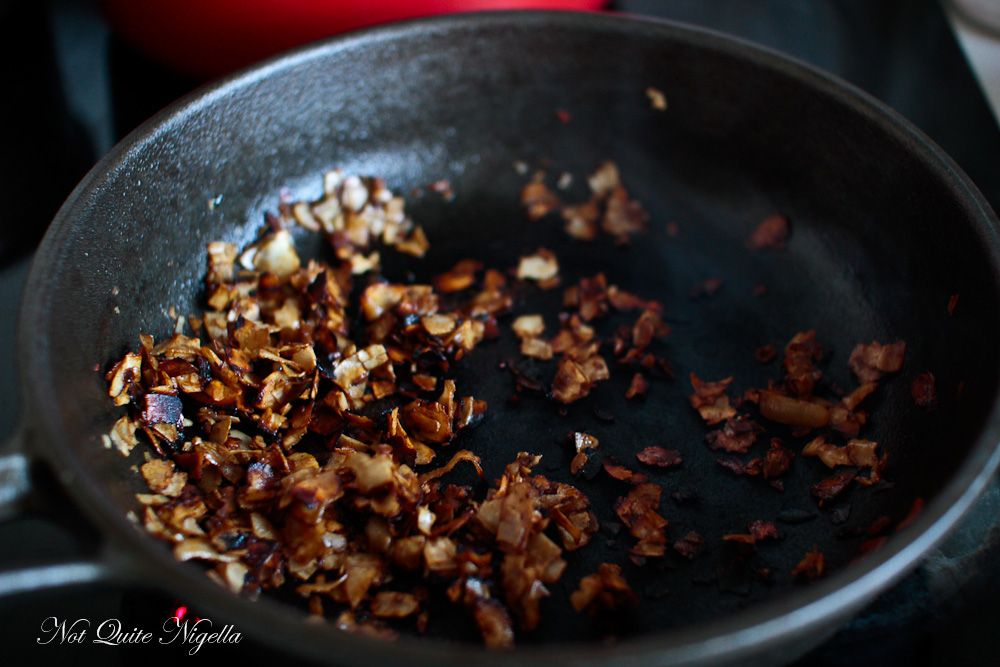 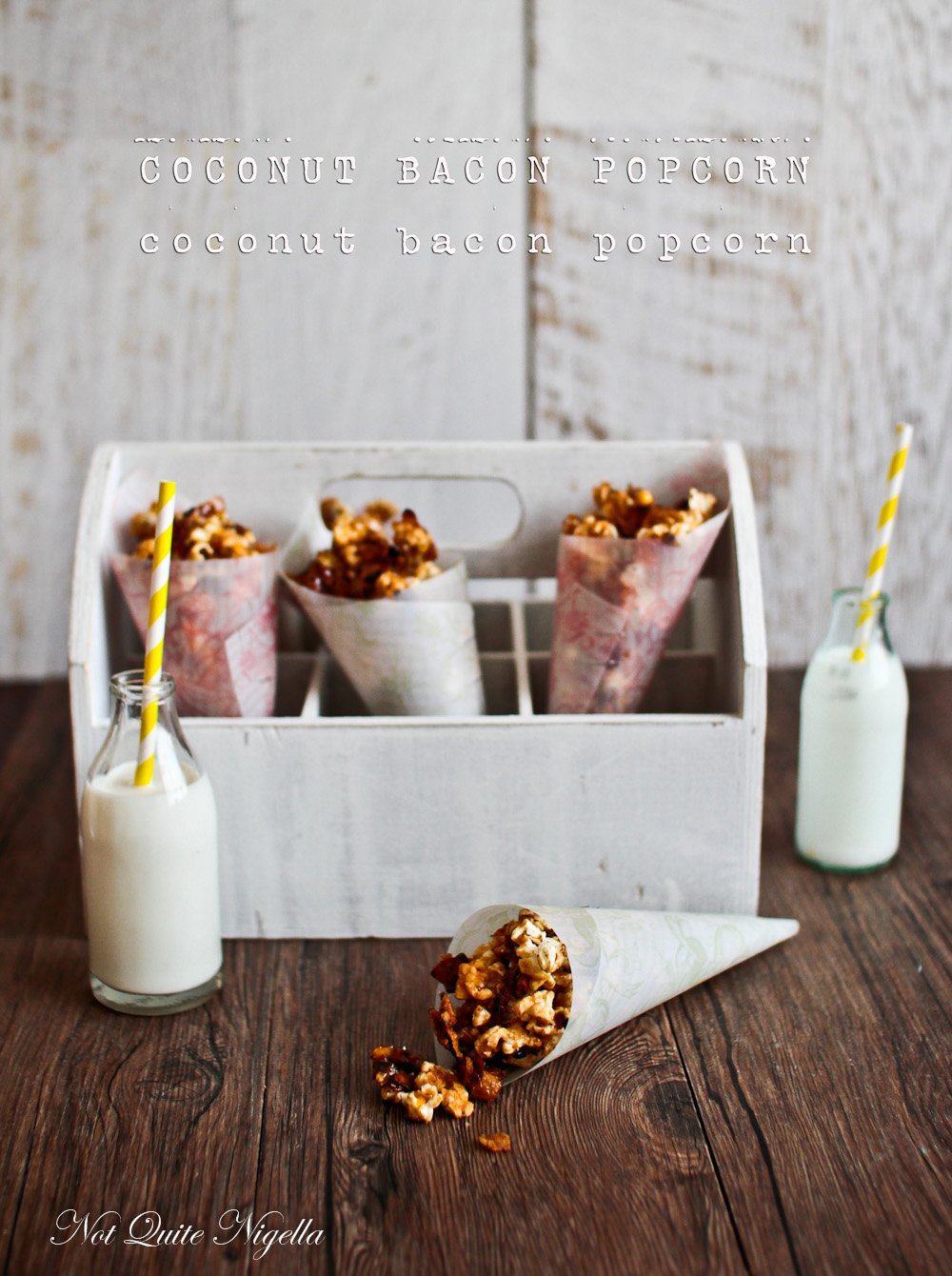 Step 1 - Pop the popping corn by placing it in a brown paper bag, folding over the top two or three times and microwaving it on high for 90-120 seconds. You can also do this in a pot with a lid. Set aside. 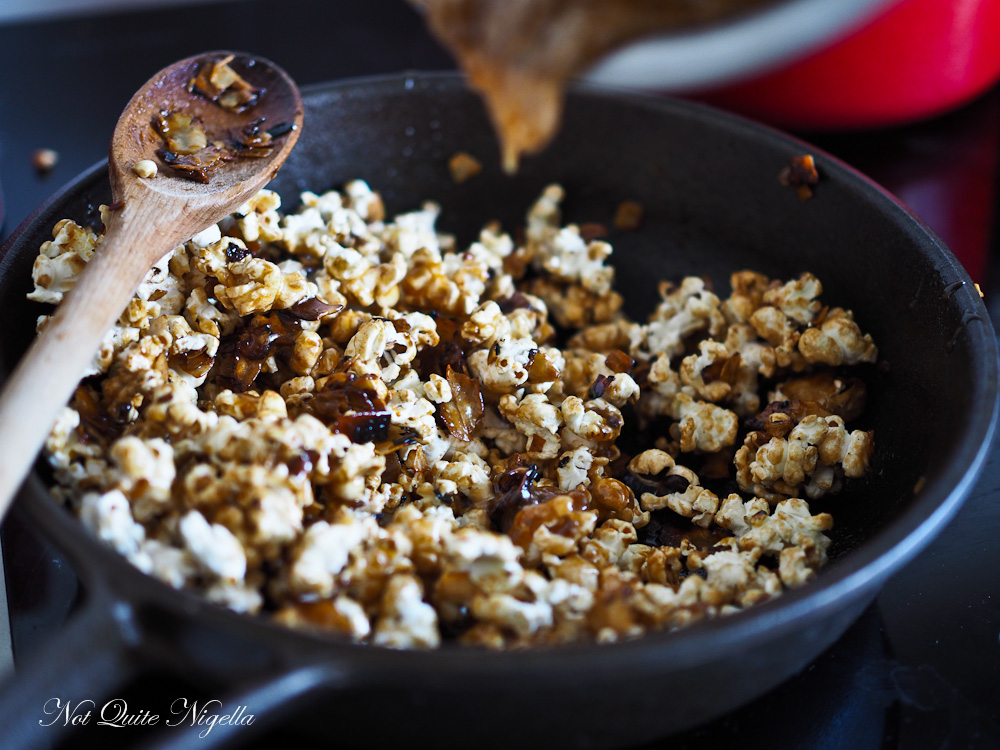 Step 2 - In a heavy bottomed saucepan place the maple syrup, butter, vanilla, salt and cinnamon and simmer for 5-7 minutes until thickened. Add the bicarb and stir. Turn down the heat and add in the popcorn and coconut bacon and stir to coat evenly.