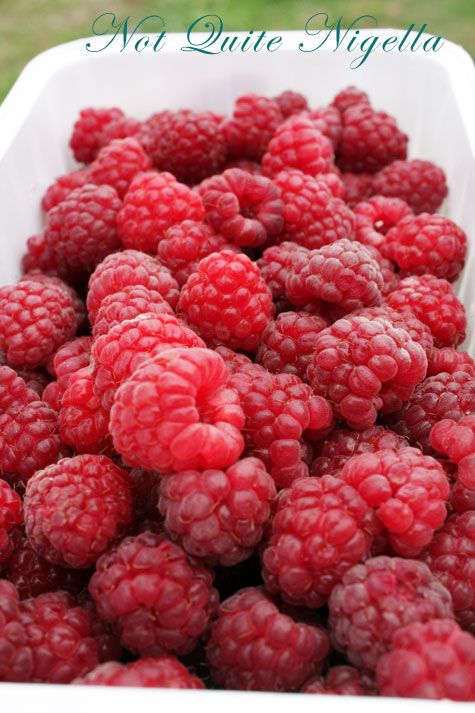 Queen Viv has had many careers in her lifetime. When she was younger, one of her part time jobs was fruit picker and I was fascinated listening to her stories having never done it before. And for those of you that haven't picked fruit before, she gave us the low down on the best fruits to pick. Raspberries are the best as they don't require any crouching or much bending and are light. Apples are ok but are heavy to carry. Fruit such as strawberries require a lot of bending over are the most difficult to do. 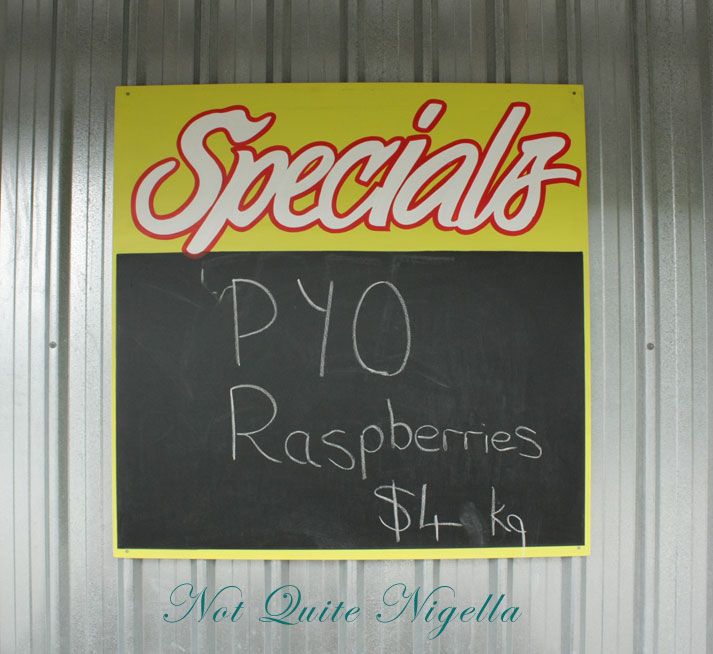 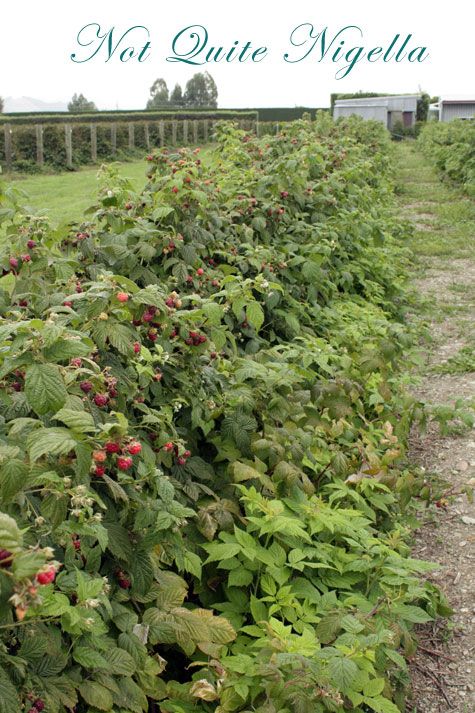 On our way back from Mapua to Nelson, my husband and I spotted a PYO (Pick Your Own) orchard. We didn't realise this, just thinking it was an orchard selling fruit but when we drove up we saw a big sign that said "Pick Your Own Raspberries $4 kg". I was shocked. Raspberries are $9 at my local fruit store for a 150g punnet so the chance to pick our own and pay only $4a kg was exciting. I wondered for a second if the sign meant that we would get $4 if we picked a kilo, in which case I would only have a fleeting interest in trying it just to see what picking fruit is like but my husband set me straight. 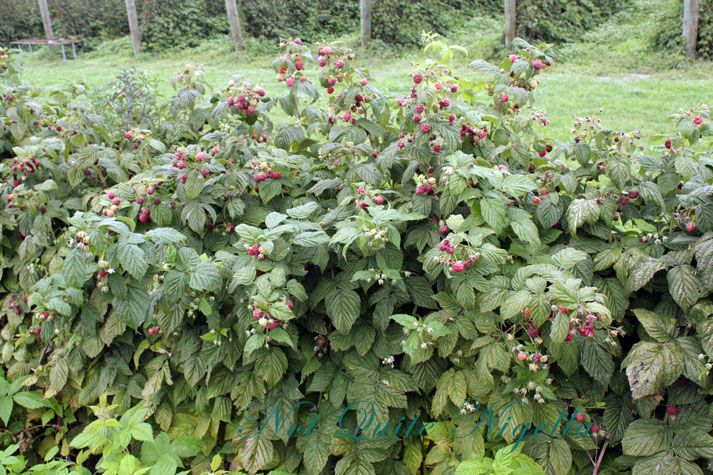 The woman behind the counter passes me a white tray and tells us directions to the raspberry picking area. We are to pick any raspberries from rows 1-6. And how do we tell which are ripe for the picking? "You'll tell pretty quickly once you taste them" she answers. Music to my ears. 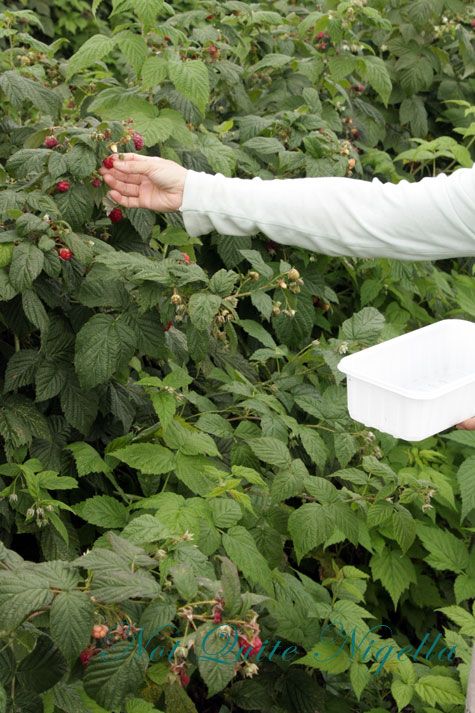 We get lost on the way of course, we turn left instead of right and I am horrified when I see the rows in which I have to pick from. The grass is quite high and although my husband reminds me that NZ has no poisonous snakes or spiders or creatures I refuse to go in. However once we realise that we are indeed in the wrong spot, and find the correct spot I'm relieved to see that it's walkable having been trimmed. 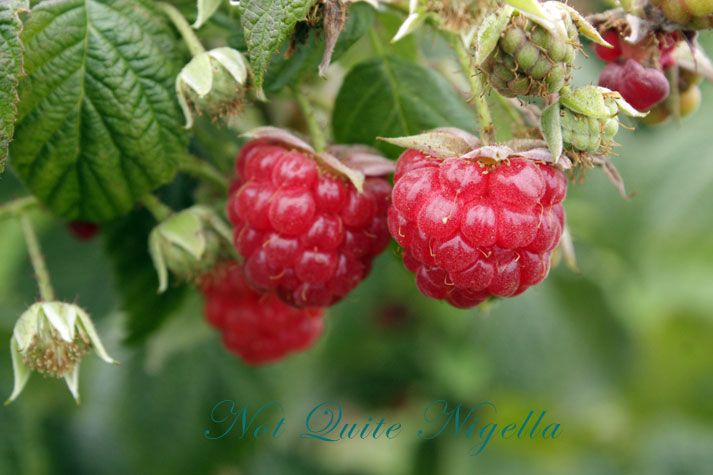 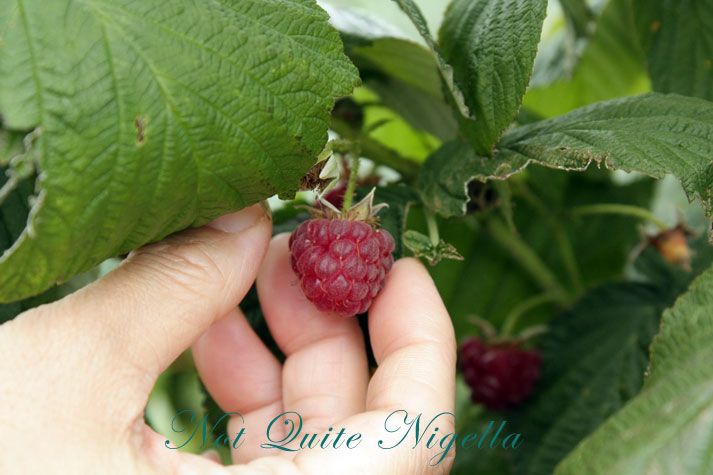 One thing I will say for the Allens Lollies people is that the ripe raspberries hanging do look exactly like the lollies, down to the shape and colour. Who knew that they'd be that accurate? And if you don't know the colour of raspberry to pick simply remember the colour of the Allens raspberry lollies and that's pretty much it. If you tug on the fruit and it doesn't yield, do not keep pulling. It's not ripe. Some of them have little flies or bugs inside them and these tend to be the very ripe ones so we discard those. We're also sharing space with bumblebees but they're pretty shy creatures that don't seem to have a grudge or want to take you out. 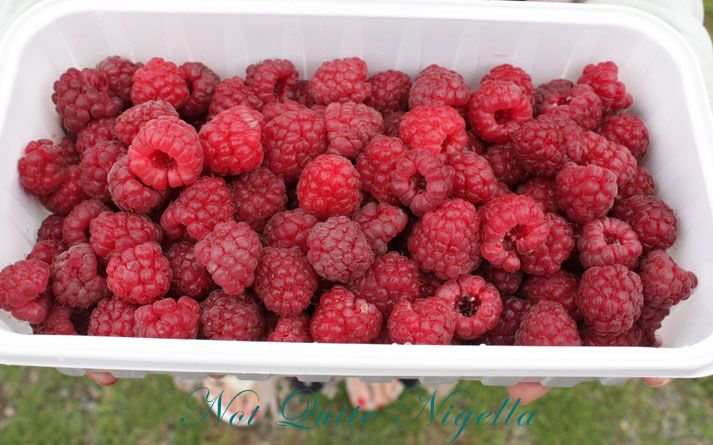 After picking for about 30 minutes we've amassed almost an entire trayful so we bring this back to the shed to have weighed. They're also selling a large range of berries (all very cheap, although not as cheap as picking it yourself of course) and "Real Fruit" ice creams where ice cream is blended with fruit. We learn that we're lucky - the price is usually $9 a kilo but as there are rains predicted, the rubied fruit will only get washed away so they've reduced the price to $4 a kilo. 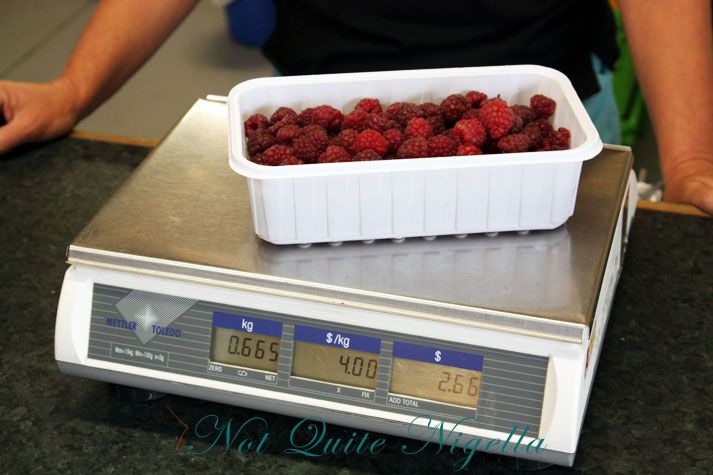 And the total weight for our bounty? 665grams for the princely sum of $2.66NZD. Yes that's right $2.66NZD which translates to about $2AUD for 665grams of the freshest, sweetest most recently plucked fruit you could ever dream up. 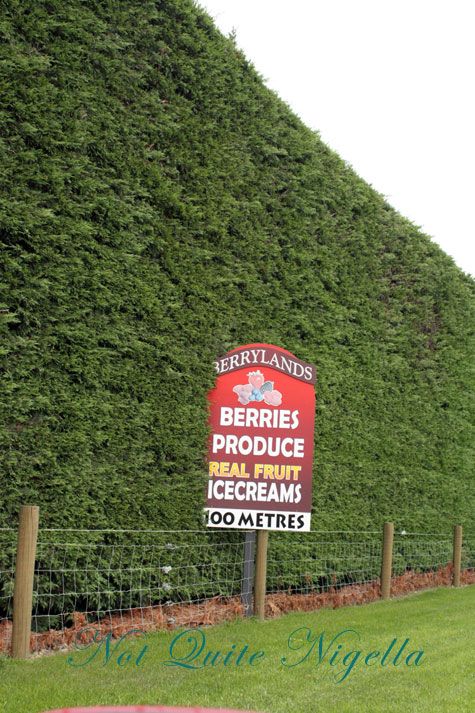 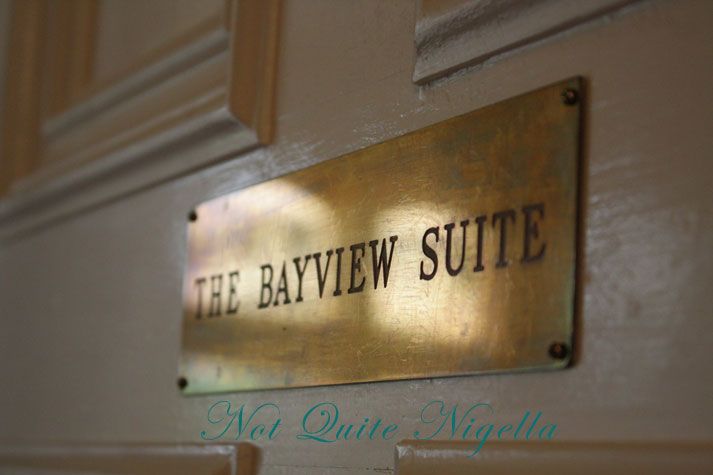 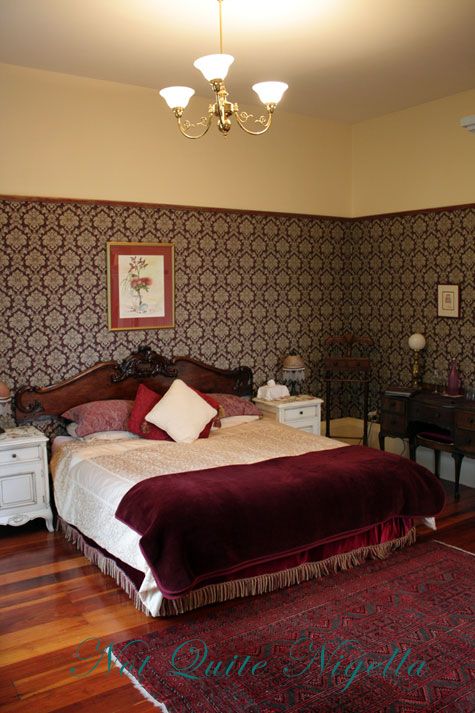 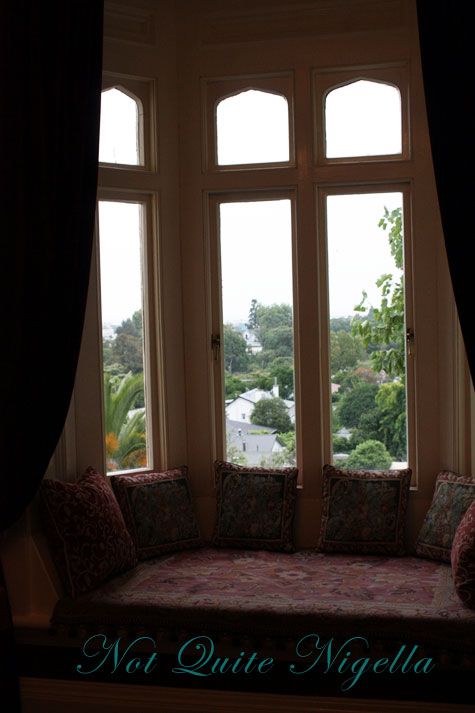 That night we stayed at the stunning Warwick House in the Bayview Suite. It is a bed and breakfast of sorts, more like a luxury hotel where breakfast is included. Built in 1854 it is quite a sight to behold and our room is spacious and full of lovely fittings, Gothic touches and a Bay window overlooking Nelson. We're in good company too with John Key the New Zealand Prime Ministers occupying the same suite as well as the British High Commissioner, Ambassadors, a US Senator and several NZ television personalities also staying here.  We don't have a chance to look at the grounds (alas the peacocks  who roamed the grounds were relocated to a Marlborough vineyard as they got too noisy) as it is raining day and night but take advantage of the free Wifi and relax in our room. 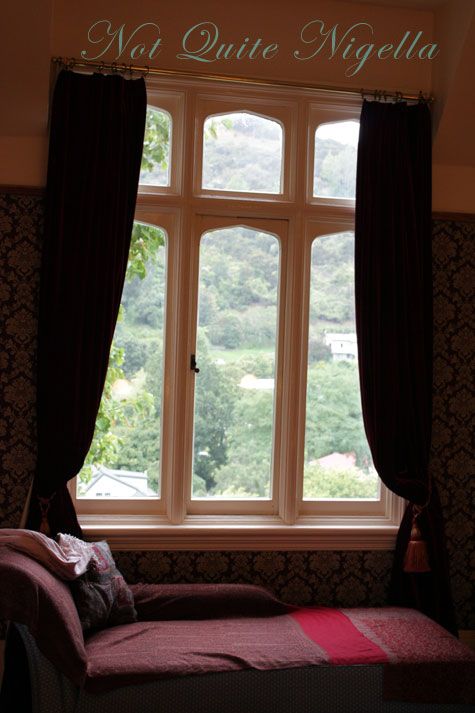 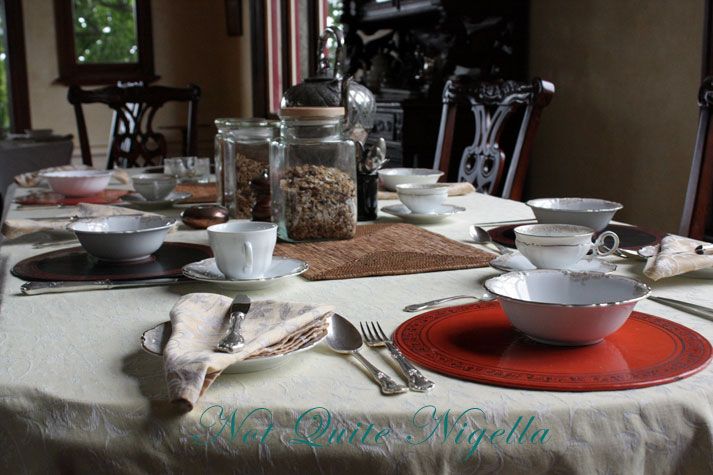 The next morning, we go downstairs to the Grand Ballroom (the perfect setting for an intimate wedding) and have our continental breakfast. A very nice way to start the day indeed. And yes I coveted the large teapot! 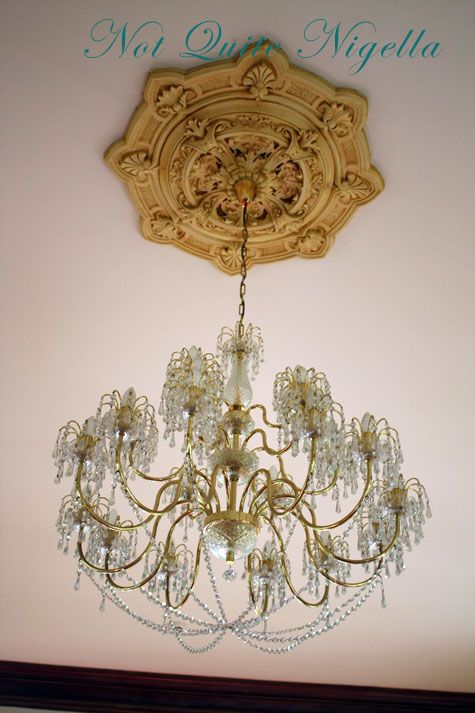 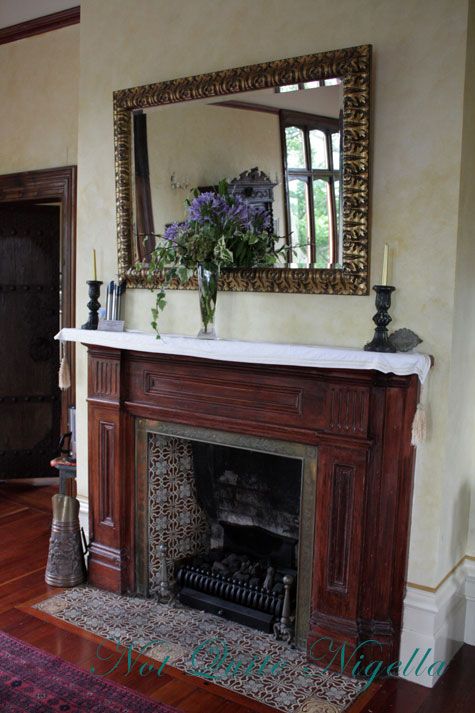 NQN and Mr NQN stayed as guests of Warwick House