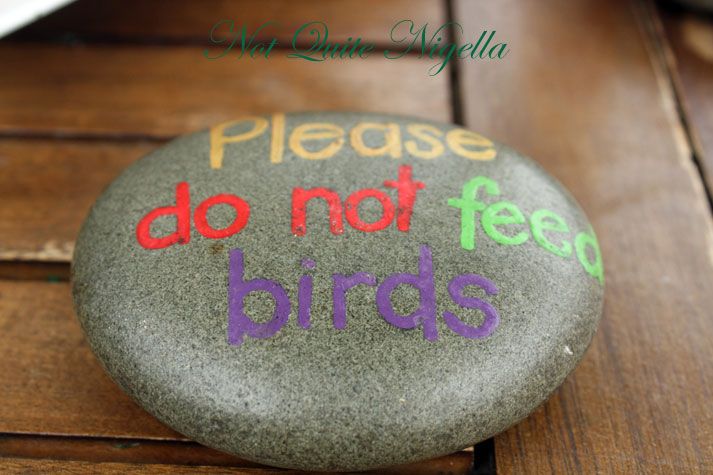 One evening in Kaikoura we found ourselves hungry and desperately seeking seafood. There's something about the sea air that does it to you. After realising that the iconic Nin's Bin was closed, we were told that there was a little shack near the Kaikoura seal colony that sold all sorts of oceanic goodies including whitebait fritters so we hightail it down there. 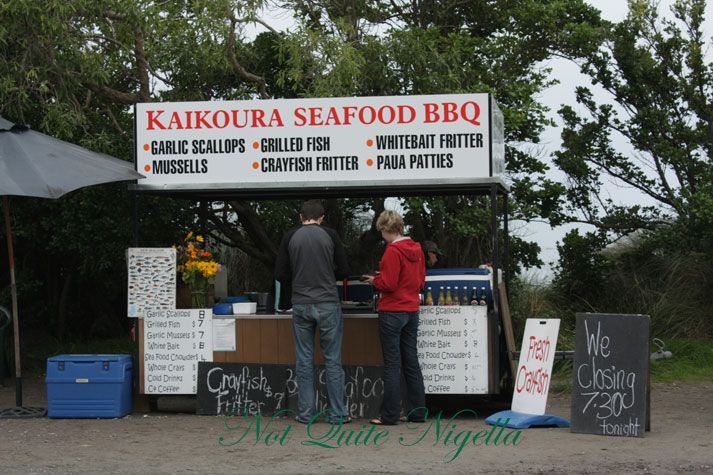 At the little shack by the beach run by two friendly women, we're shown the crayfish but as we're hungry and cold we decide on something abit more warming so we opt for a couple of seafood chowders, a crayfish fritter, a whitebait fritter and some grilled scallops. Alla re served with rice and bread. Prices are very reasonable and we sit ourselves below an umbrella lined table in an effort to stave off the light drizzle. 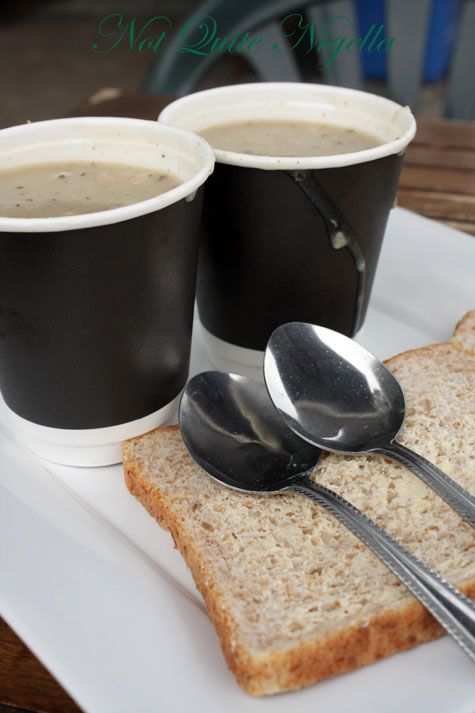 The seafood chowder is deliciously warming and full of seafood (scallops, fish and mussels) although some might say it's a little on the too peppery side of peppery. 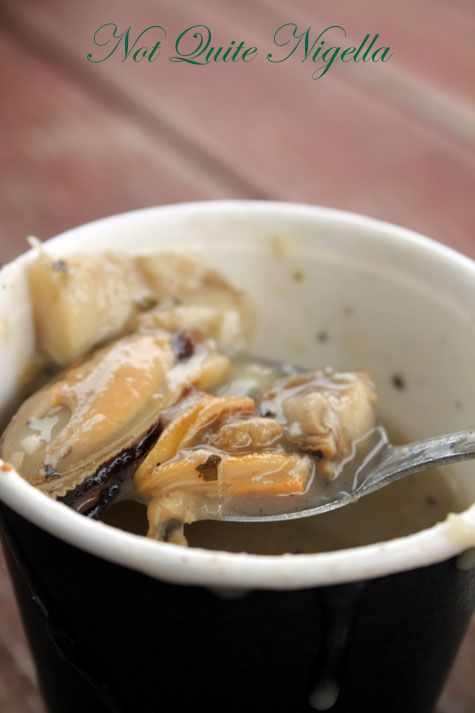 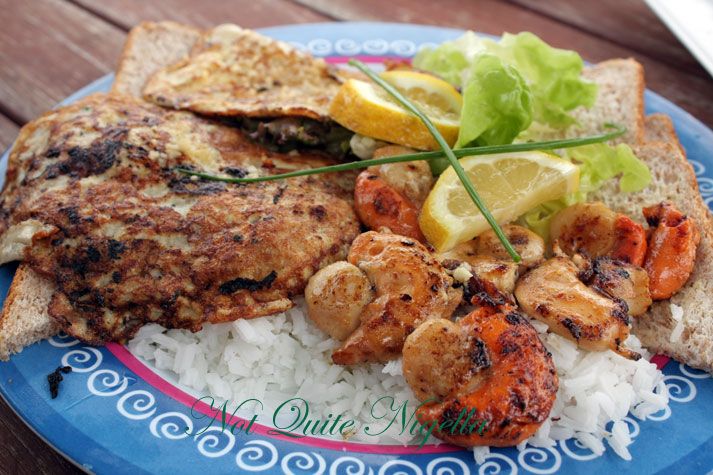 The fritters are interesting, more like omelettes than a crispy fried fritter they're chock full of whitebait and crayfish. The grilled scallops are deliciously sweet, even my husband who doesn't like the roe likes these and they're the pick of the night. The rice doesn't fare so well, it's overcooked and the grains split apart and the wholemeal buttered bread is probably used more as a filler than for taste. 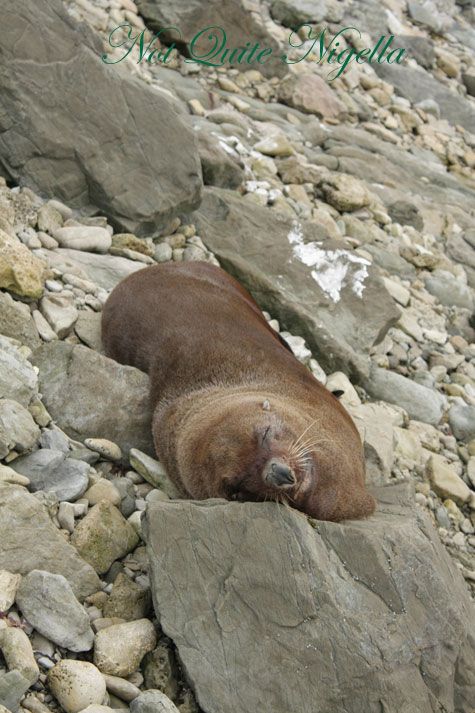 We head off in search of a lone seal that a fellow diner told us about. He is lying there relaxed and peaceful, oblivious to the excited people around him. 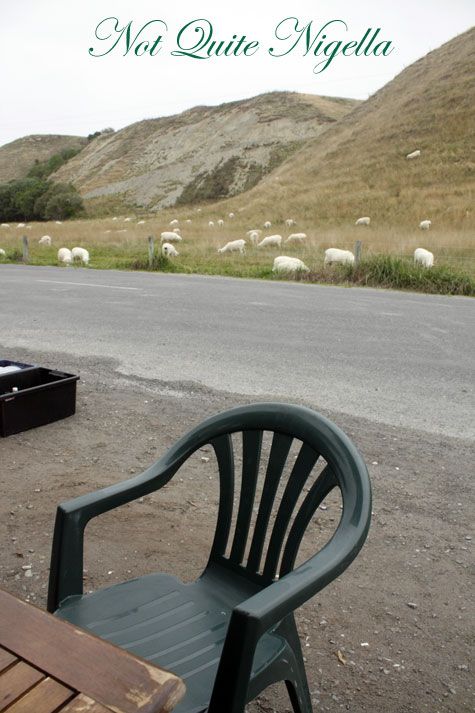 Yes sheep, sheep everywhere. Even by the beach! 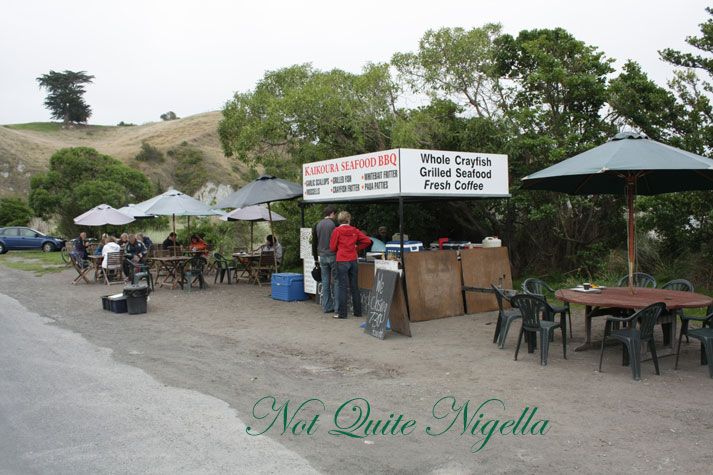