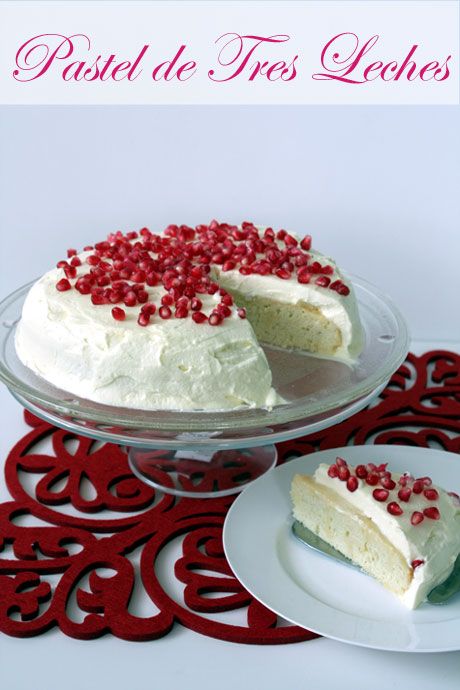 Charisma is an elusive thing. It's not the person that is the most beautiful or talented. Intrigue is an unwitting talent in itself. And when I first heard of this cake, by the mere title I was intrigued. A Latin American cake which literally means "Three Milk Pastry"  in which a sponge cake is soaked in a mixture of three different kinds of milk (Evaporated Milk, Sweetened Condensed Milk and Cream), brandy and vanilla and then slathered with a sweetened vanilla whipped cream. There is a butter version and one without and I opted for the non butter version in a bizarre attempt to lessen the calories. Yes I realise it's like ordering a gigantic burger and then a Diet Coke on the side but logic is fleeting as far as calories are concerned. 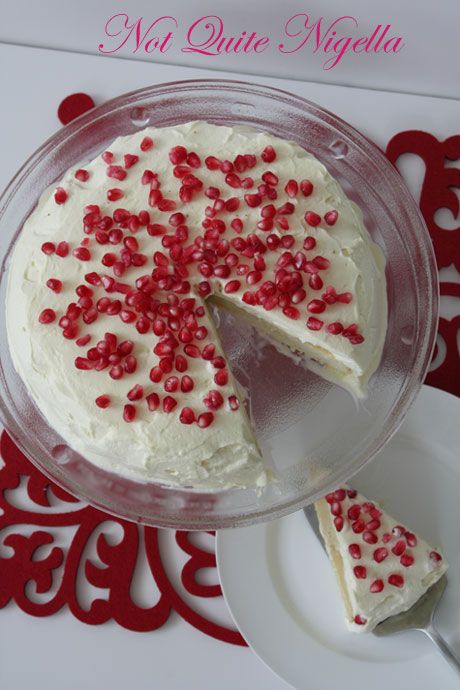 It experienced somewhat of a revival a few years ago with Haagen Daaz creating a tres leches ice cream for a limited time and recipes from all over Latin America can be found from Mexico, Nicaragua, Panama, Cuba, Puerto Rico, Guatemala, Dominican Republic and Costa Rica. And if that isn't a reason for a Latin American Tres Leches Eating tour, I don't know what is. And of course the capital of this dessert in the US is Texas where there is a large Mexican population and they serve up a 4 milk version with cajeta which is like a Dulce de Leche (as the saying goes, everything's bigger in Texas). 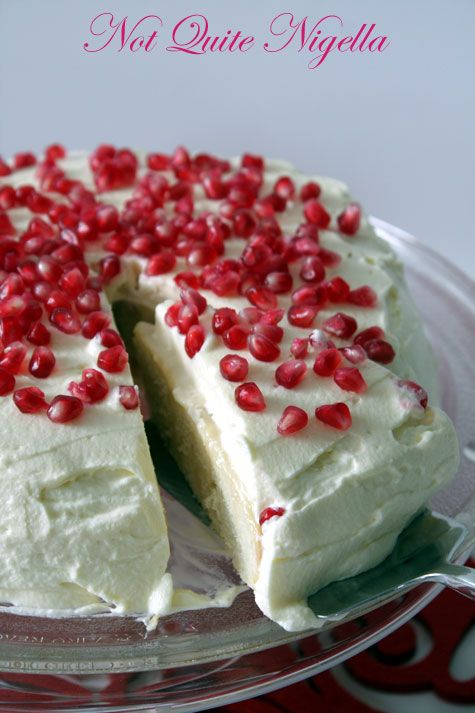 The cake texture itself is unusual with airholes and when you prick it with a fork which creates more holes the milk syrup is allowed to soak up within it whilst not becoming soggy. I don't think Pomegranates are a traditional decoration, indeed I saw lots of pictures with glace cherries instead but I liked the look of the Pomegranate seeds on the snow white cream. 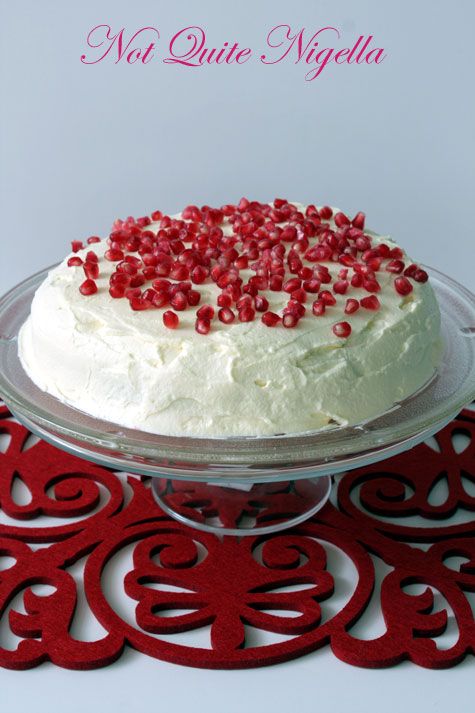 For the soaking cream: 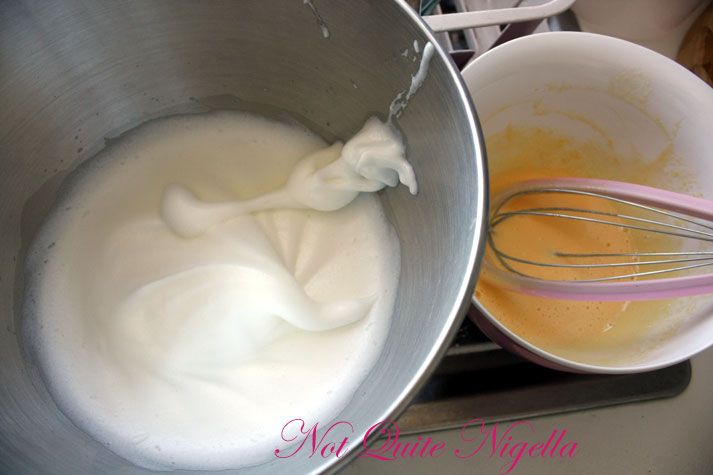 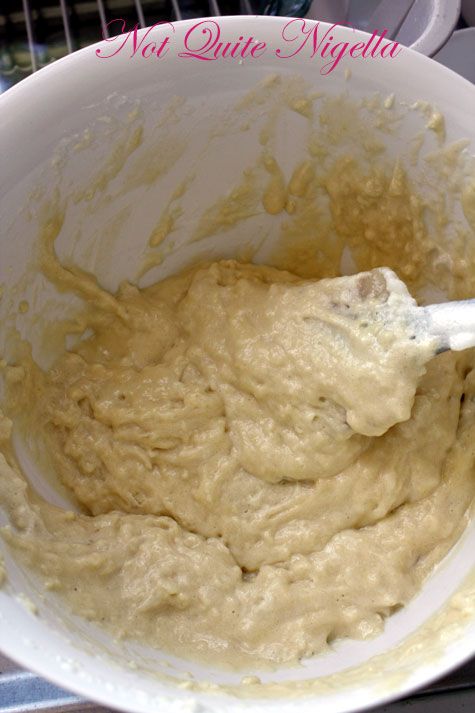 Step 3 - Bake for 15 to 20 minutes or until just golden and wooden toothpick inserted in center comes out clean. Cool on wire rack. 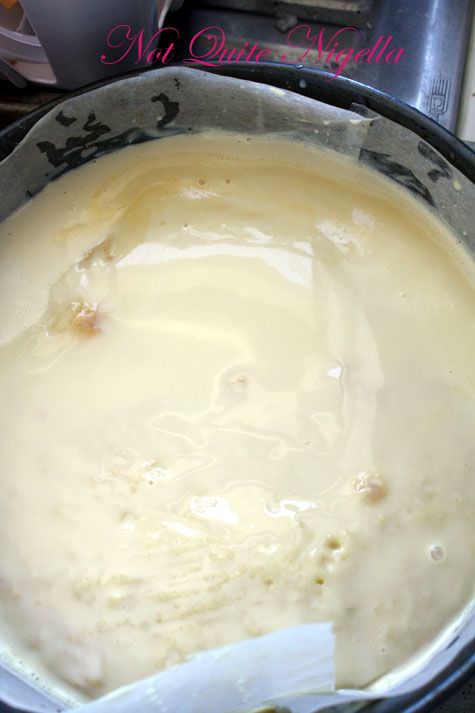 For the soaking cream:

4.  Mix sweetened condensed milk, cream, evaporated milk, brandy and vanilla extract until well combined (the sweetened condensed milk is thicker so do ensure it is well mixed). Place cake on another tray with sides as springform pans can leak. Prick the top of cake thoroughly with a fork. Pour half of the cream over the cake in batches, waiting until it is absorbed. Spoon excess cream from side of pan over top of cake. Let stand for 30 minutes or until cake absorbs cream. Remove side of pan. 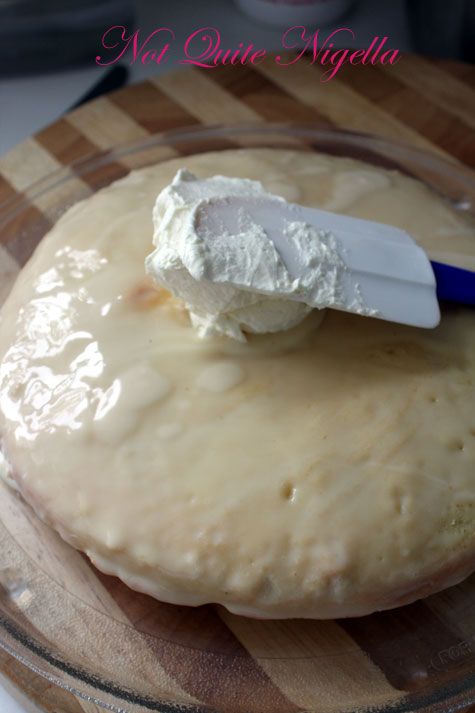 Step 5 - Beat the cream, sugar and vanilla extract in small mixer bowl until stiff peaks form. Spread over top and sides of cake. Scatter Pomegranate seeds or glace cherries on top. Serve immediately with remaining soaking cream on the side and allow eaters to pour this over their slice. 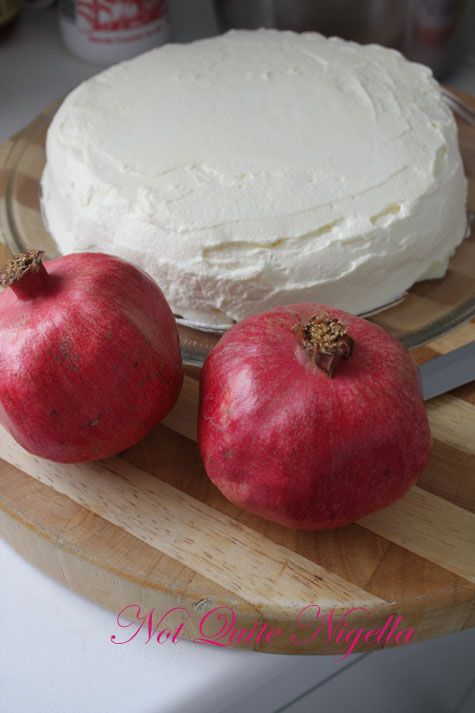 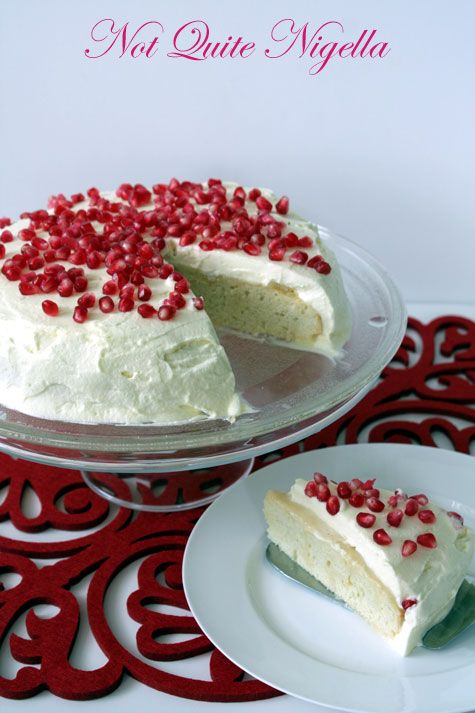