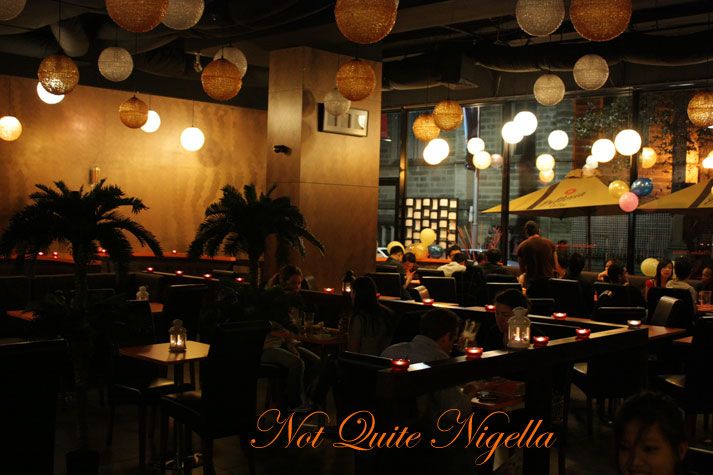 When I first heard of Bonta Vita, I knew it was the kind of place that I had to save for M and her boys. It's a Malaysian Italian restaurant serving Rizza or Roti Pizza  (pronounced Ritza) were their star item. I had also read about the Rice Dice where rolling the dice allows you to decide what you're eating that night and if you happen to roll the same numbers, your table gets free gelato so I knew that the idea of winning a dessert would appeal enormously to them. Indeed S has fantasies of living for free here just eating dessert (yes he of the never ending dessert tank). 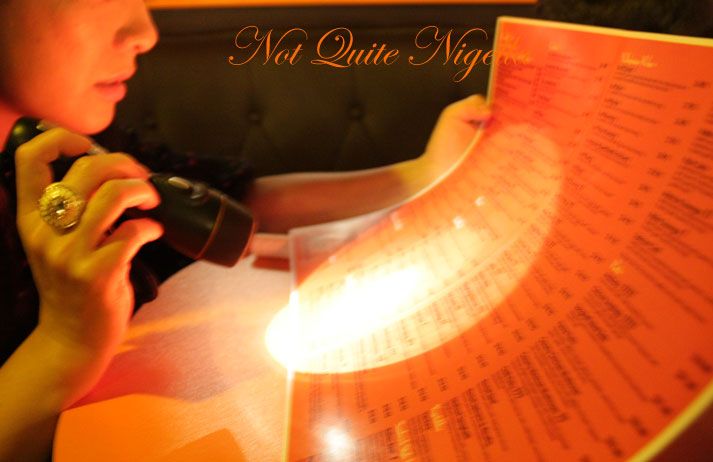 It's part of the Lumiere building, where we walk past the colourful fountain which has everyone oohing and aahing with the changing light colours. S says in hushed tones "Mummy, can we afford this place?". We walk in and it's nicely outfitted. We're shown our booth which is actually a booth that has another table added to it which is either a good thing or a bad thing as everyone feels quite apart but as we learn later, the narrow booth table requires this in order to fit our food. And it also smells pervadingly of fried chicken owing to the KFC next door and is incredibly dark so we resort to using a shared torch to read the menu, not something we ever have issues with so hopefully you'll forgive the less than stellar photographs that we got. Our waiter brings over four tealights which don't really help. Some of the lights are turned on, but most remain out for the whole time we are there. 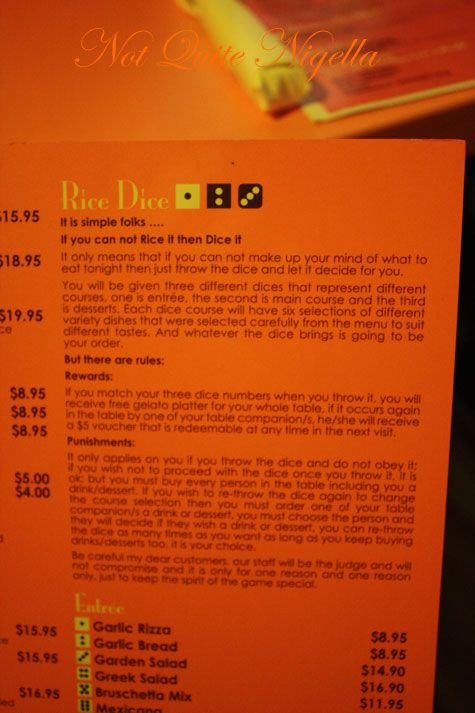 I inquire about the Rice Dice and the waiter says that that was from an old menu item but after some discussion he brings us the menu and I read out the instructions. It's different from when Ffichiban visited, quite different in fact that there are actually now 3 dice you have to roll and now you have to order an entree, main and dessert. When FFichiban visited it was 2 dice and you just ordered a rice dish and a side. It doesn't take a genius to realise that rolling a triple is a lot harder than rolling a double and you are possibly up for pretty expensive meal with rules such as "if you don't obey the dice, you must buy a round of drinks for the whole table" and with their drinks being $8.90, it seems like the odds are definitely stacked in the house's favour. Your 3 course meal could cost you anything between $38 to $69. 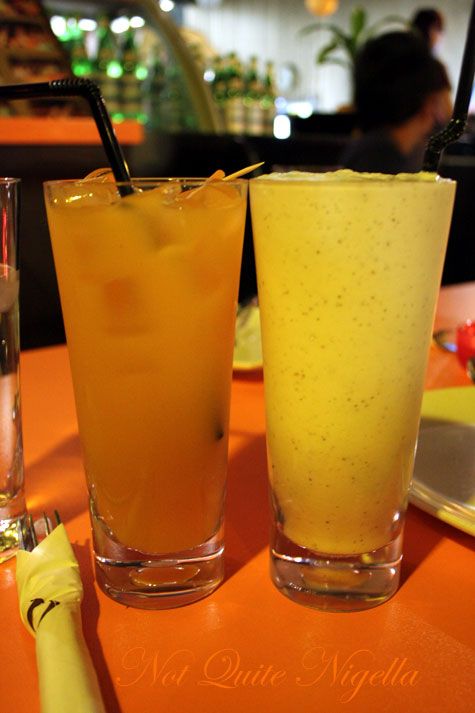 Instead we order what we like. The menu is broken down into section from Rizzas, Malaysian food and Italian food.  We start with drinks. I'm intrigued by the Apricot Moon drink described as "a unique Egyptian blend, especially made for us using apricot that is mixed with secret recipes that takes 2 days of preparation to be served to our customers". I'm hopeful and at $8.90 it sounds like it might be quite special indeed. One sip and instantly we taste dried apricots. We can figure that it's made by soaking dried apricots for 2 days in hot water and then pureeing them. I know because I've done it for an apricot sorbet and it tasted exactly like this. The Suai Suai is plain yogurt mixed with kiwi, vanilla gelato and a dash of honey blended with ice which tastes like a honey smoothie. This also doesn't quite reach the heights of the description. 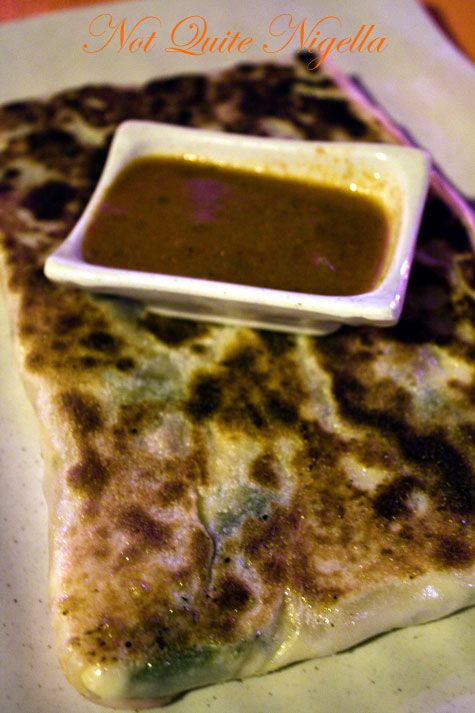 Our first dishes to arrive are the Rizzas. The number 1 rizza is sampled first and is served with BV (Bonta Vita) sauce which is a tomato based sauce mixed with curry. It is filled with bocconcini, pesto, cherry tomatoes and mozarella. It's delicious and full of stringy melted cheese, the contents indeterminable but not necessarily in a bad way as it tastes delicious together. 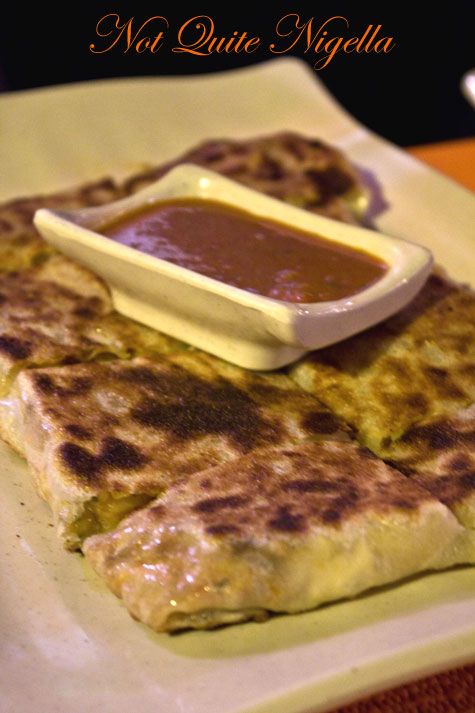 I try the second Rizza, the number 4 with prawns, squid and mozarella and I prefer this to the first one. Although the prawn and squid aren't particularly strong flavours in it, it's a great combination and the rizza concept has really won me over. 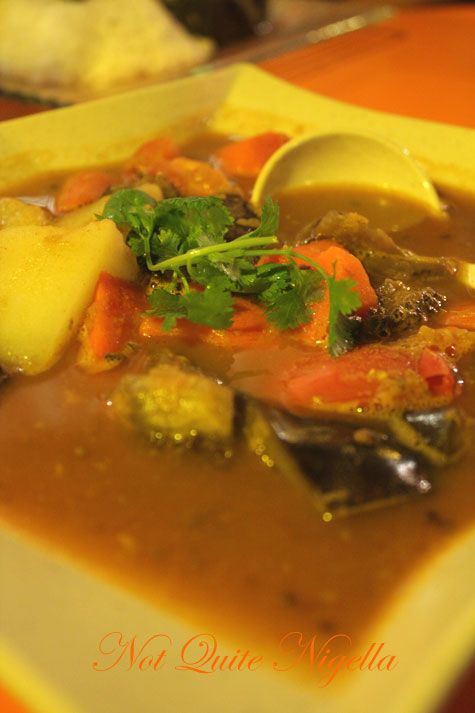 Our next dishes are from the Malaysian menu. We start with the Kari Dahl which is watery and uninspiring with large chunks of potato, raw tomato and eggplant in a sauce that is thin. My husband thinks that this would be good on it's own drunk as a soup but as a curry served with rice, lacks body and flavour. Oddly there were supposed to be lentils in it but the dish is bereft of them. 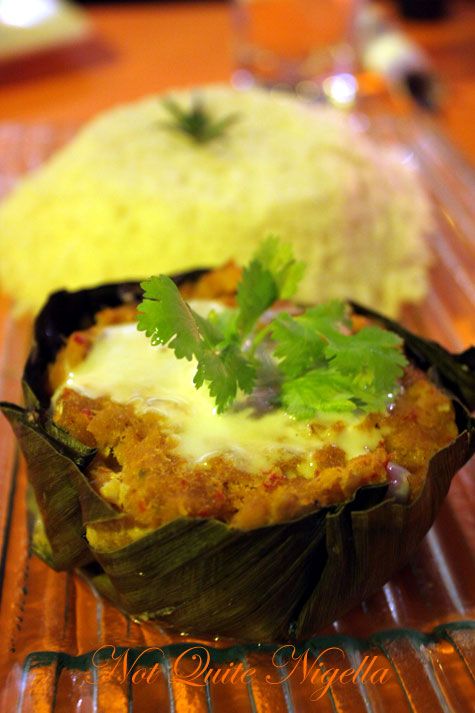 The Otak Otak aka fish mousse in banana leaves is better and comes with rice (rice per serve is $4) and it is the table's favourite from the Malaysian choices. There's a hint of coconut combined with the flavour and texture of minced white fish. 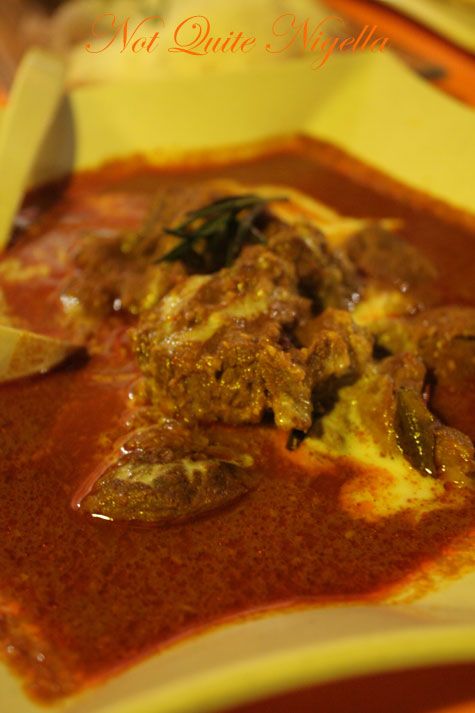 The beef rendang's sauce is also quite thin but quite soft but the fact is I always compare beef rendangs to the rendang at Satay Delight and there are really none better than that. It is impractically served on a wide brimmed plastic plate. Which brings me to note something that had M fascinated. Apart from a couple of the plates and the cutlery, everything, including the glasses was made of plastic melamine. And we witness one of the reasons for choosing plastic over glass when a waitress misses a step and a flurry of plastic cups and plates goes flying across the room and amongst diner's feet. 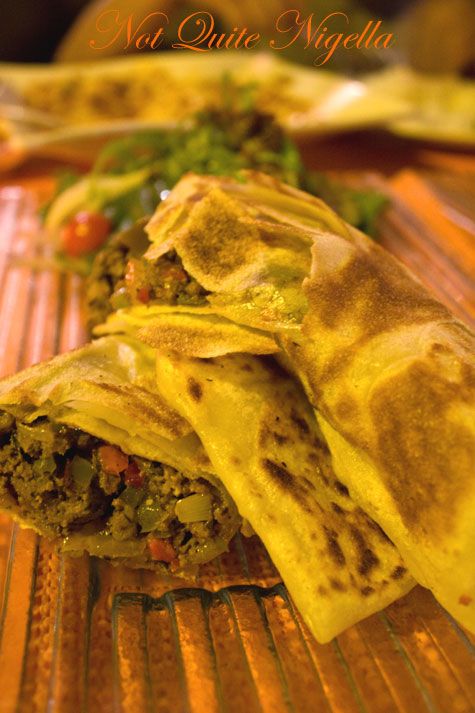 We are all hungry and since the Rizza was the undeniable choice of the night we order a Panino di Sogno which is a roti panini filled with minced beef, sliced capsicum and mozarella. This is delicious with tasty ground beef and is gratefully portioned up to hungry mouths. 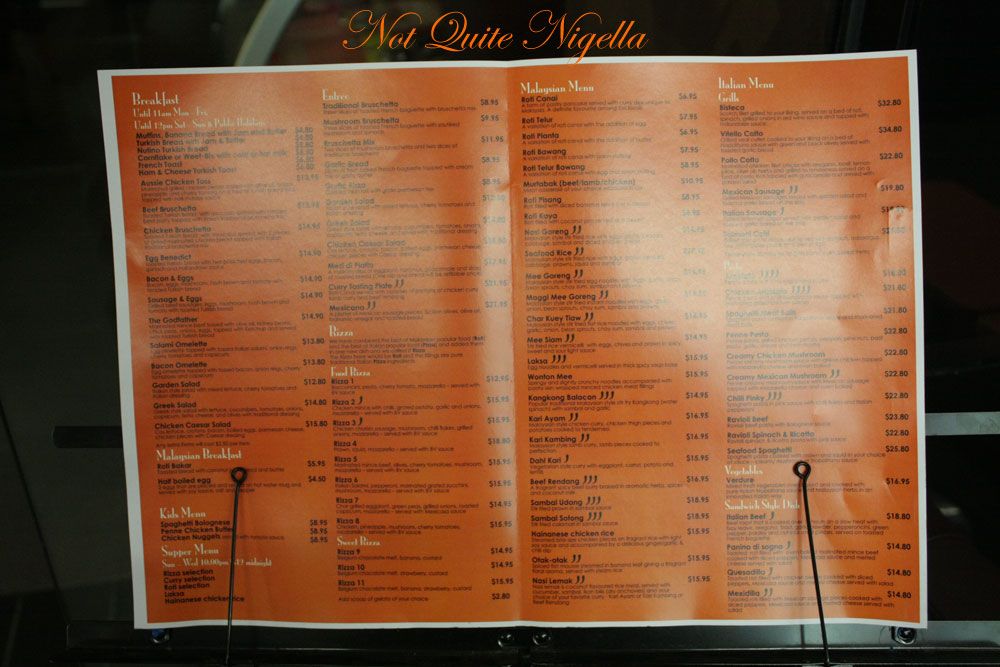 From the torchlight menu reading, to the fried chicken to the plastic everything, to the small table we're not quite sure if this is the place for us. And considering we were still hungry, the bill of $28 per person comes as a bit of a surprise. There's a surcharge of 10%  because we were dining on the Anzac Day public holiday. When they ask us how our meal was M feels compelled to say "to be honest I think it was expensive" to which they are momentarily stunned and then say "OK, thankyou very much! thankyou for coming, please come again!" and wave at us smiling cheerily.