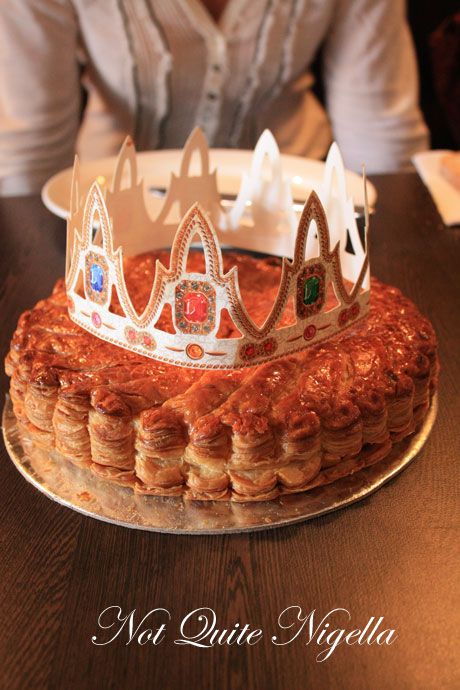 "How about Galette des Rois cake & tea?" the very chic and very French Myriam says to me one day when we're deciding on where to meet up. My mouth immediately salivates and my mind goes into overdrive at the very idea of trying this iconic French pastry. Never heard of it? Please, allow me to explain. Eaten since the Middle Ages the Galette Des Rois or King's Cake is a treat eaten in the New Year after the 6th of January to celebrate the Epiphany when the Three Kings visited the baby Jesus. 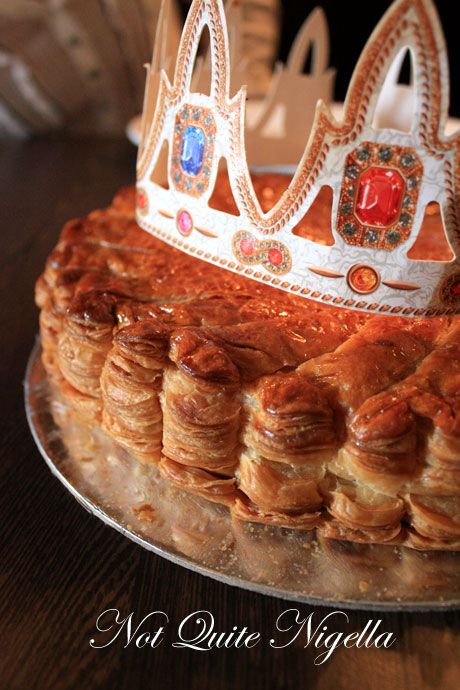 The Parisian version of the cake is made of a multi layered puff pastry filled with a layer of almond frangipane whilst the Provence version uses brioche. The top layers are patterned and baked to a beautiful burnished bronze. Inside is a single charm (a fève) which was put in to draw the kings to the Epiphany. It can take any form but religious symbols are popular. At the beginning, it was said that a bean was used and whoever received it was crowned king or queen for the day and was asked to buy a round of drinks so people who didn't want to stump up for the round would simply swallow the bean. To avoid this, they started making the charm out of porcelain. Today plastic charms are used but the porcelain ones remain a collector's item. 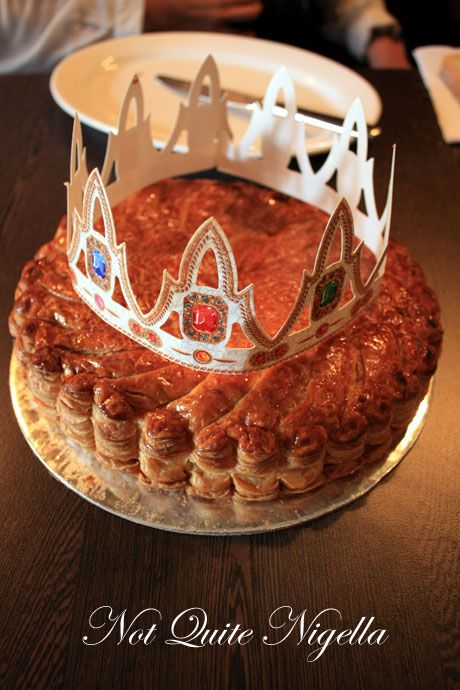 For the French, their introduction to this pastry cake is from when they are young. On or around the 6th of January, everyone gathers. A child or the youngest person in the room hides underneath the table while the cake is cut under a napkin with the napkin hiding any clues should they cut into the charm. The child then nominates who each slice should go to and whoever lands the lucky charm is King or Queen, dons the crown, chooses their King or Queen partner for the day and everything that they wish for that day is followed. Myriam confides that it is particularly embarrassing for teens to have to choose their fellow king or queen and she recalls once receiving the fève and then neatly tucking it into her cheek and pretending that she hadn't in order to avoid choosing a king. 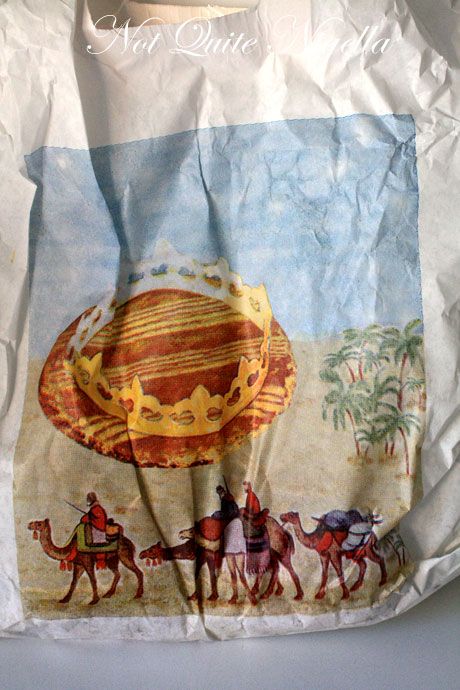 Today it is available in French patisseries from the begining of January and comes with a paper crown and a special bag that allows for easy reheating. It is so iconic that extravagant versions are now being created with jewellery houses and couture designers teaming up with various patissiers to create a Galette des Rois with a signature trinket. 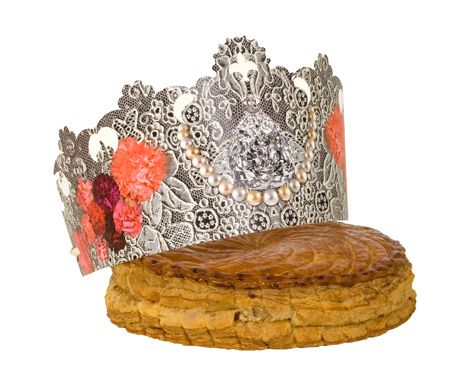 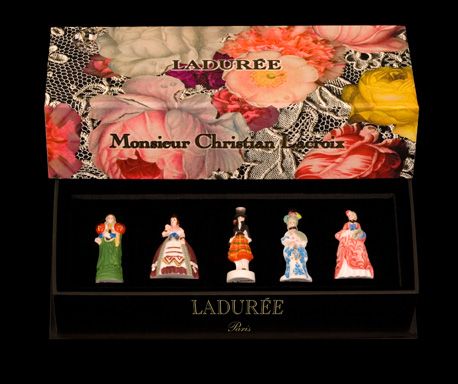 This year Laduree teamed up with Christian Lacroix who created a collection of charms and the paper crown. Sadaharu Aoki's version features green tea frangipane as well as a berries and rose one. 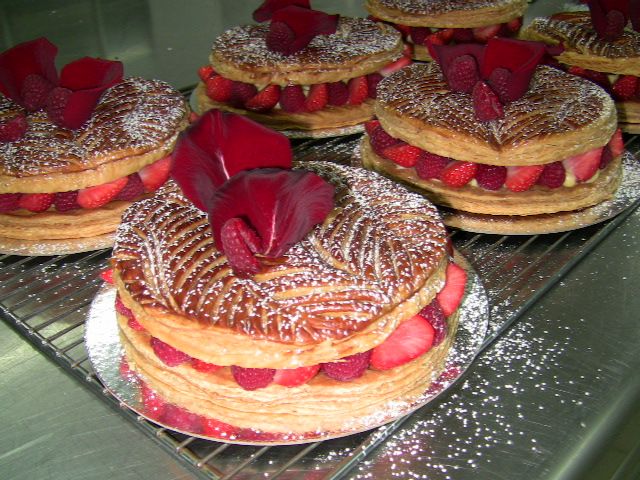 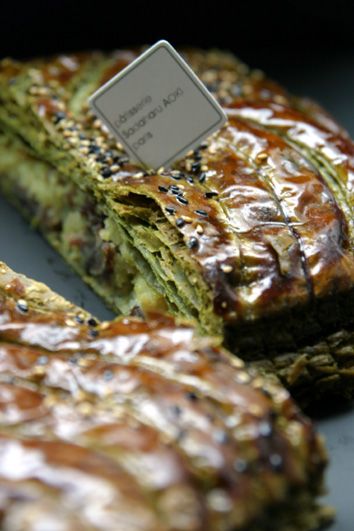 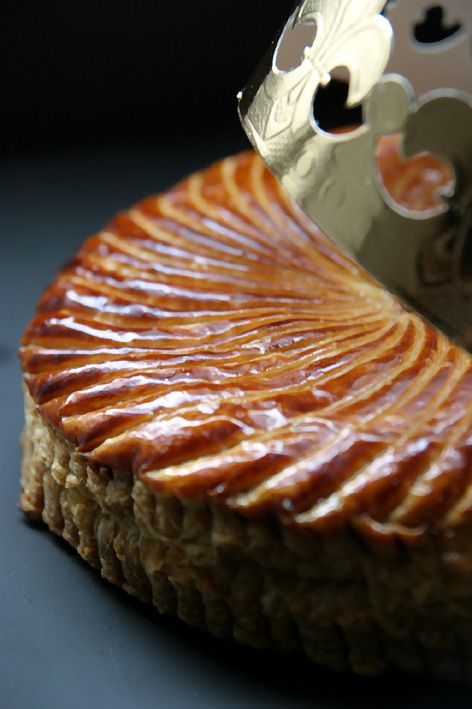 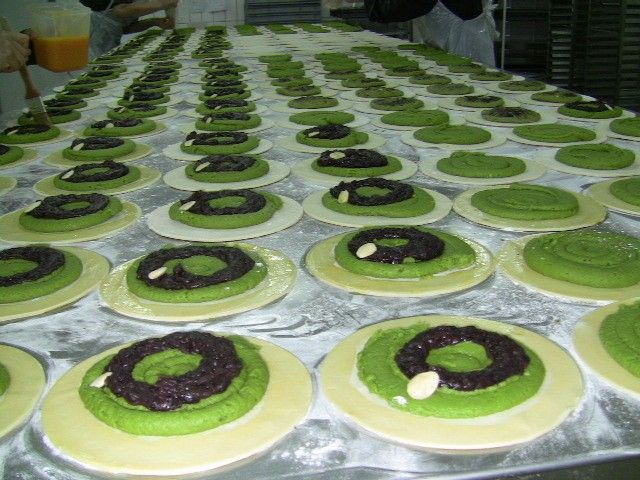 Progress photos of the Galettes being made at Sadaharu Aoki

The Mack Daddy of patissieres, Pierre Herme makes an Ispahan version of the galette with a puff pastry, almond cream with rose, raspberry and lychee. 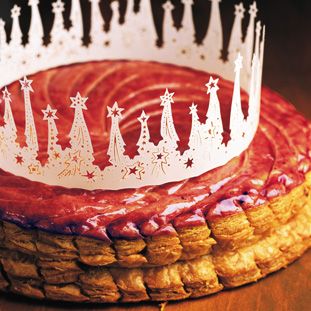 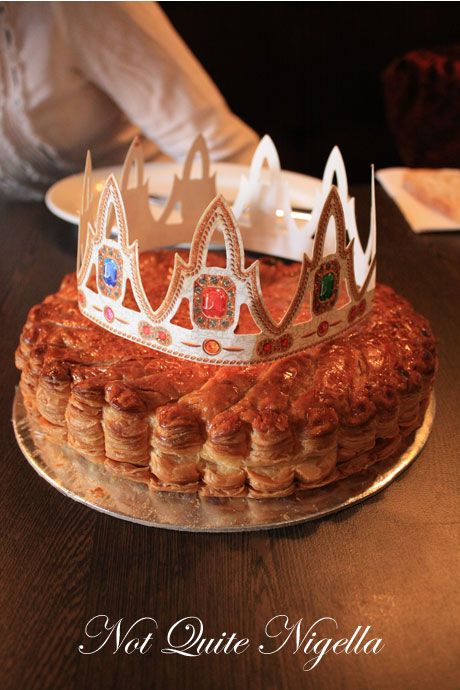 A very big thankyou must go to Myriam who ventured all the way to Victoire Balmain where she picked up a pre ordered Galette Des Rois. The 22cm diameter Galette Des rois is $30 and feeds about 10 people although tradition dictates that the cake should be cut into as many slices as there are people present plus one extra. This extra slice is called the part du Bon Dieu (Gods slice), the part de la Vierge (the Virgin Marys slice) or the part du pauvre (poor mans slice) and is supposed to be given to the first poor person that visits the home. 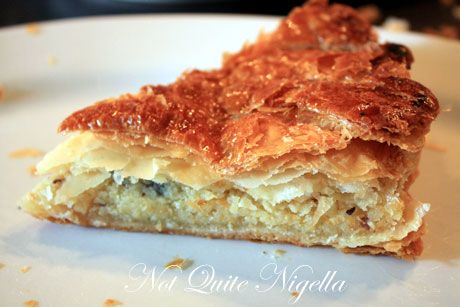 She cuts into the flakey puff pastry and I take a slice. It's rich with a buttery almond aroma and I crunch through the many multitudes of layers all the while showering down little fragments of pastry onto my clothes until we reach the soft, fragrant centre of almond frangipane. It's deliciously rich but also one of those things I'm sure I could eat more of. We happen upon the charm, a little blue and white porcelain Virgin Mary. And Myriam gives it the ultimate French stamp of approval for taste.

So tell me Dear Reader, what is the seasonal food that you most look forward to each year? Is it a cake like this? A fruit? A drink? 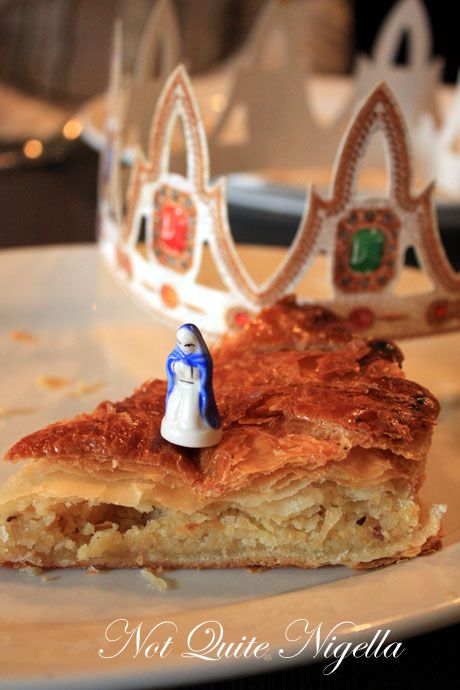 Galettes Des Rois are available until the 17th of January and must be pre-ordered. 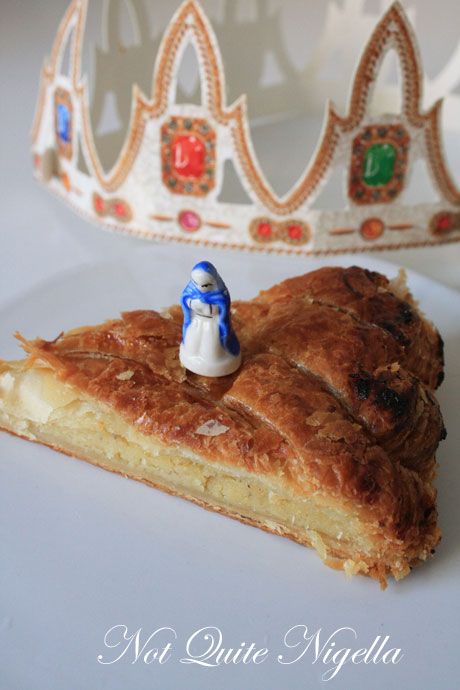